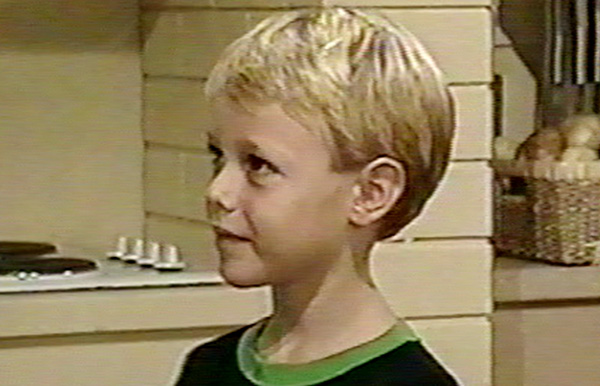 Braydon was the elder son of Kelli Edwards, a single mother that Alex Poulos befriended. He and his younger brother Riley were taken by Kelli to meet Alex and VJ at the park. Although they all got on, Kelli decided after a few weeks that her relationship with Alex wasn’t working out and they parted company.

When the family reappeared a few months later, Braydon’s father Jason was back on the scene and being violent towards Kelli. Kelli was hospitalised as a result of Jason’s actions and Alex convinced her to let him take Braydon and Riley to stay at his and Leah’s, with Kelli to joining them when she was discharged. Kelli was worried about Jason trying to take their sons, especially when Braydon and Riley disappeared while with her and Alex and reappeared eating lollipops, apparently bought for them by Jason. However, not long after, Jason was arrested for a burglary at the school, leaving him out of their lives for good.