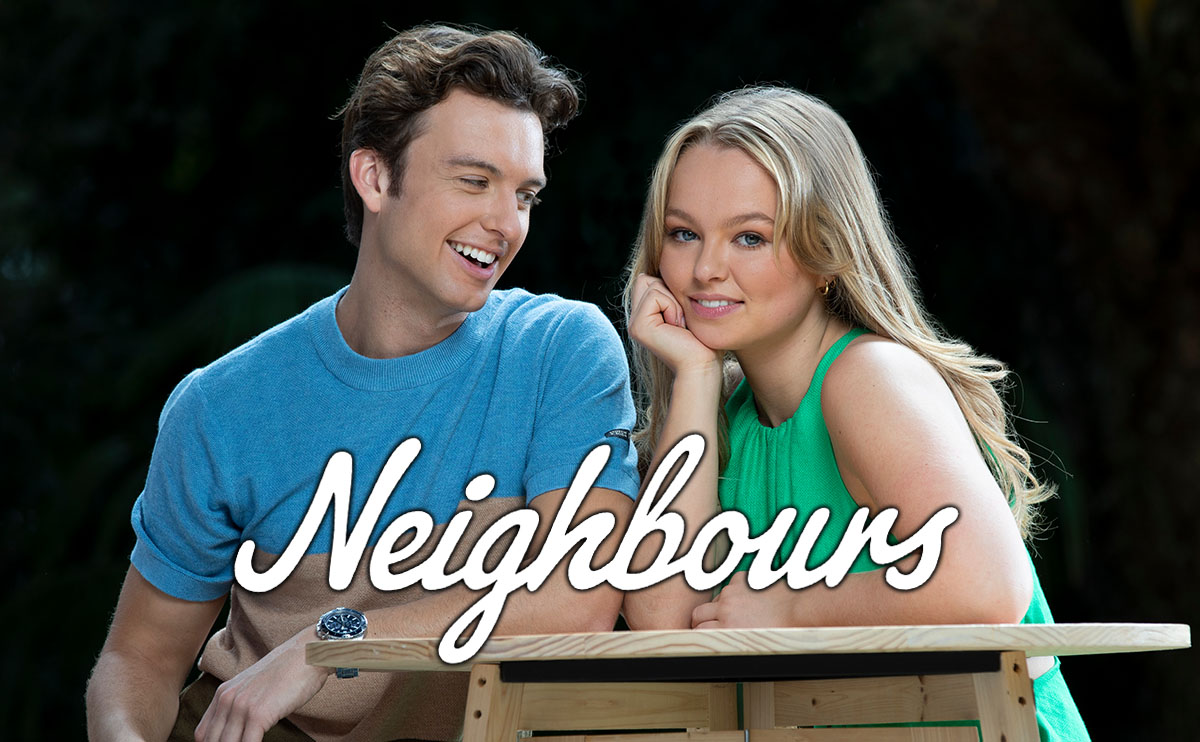 Coming up on next week’s Neighbours in the UK, Paul sees an opportunity to help Harlow get over Brent. But after setting the pair up on a date, it seems Harlow could be set to get her heart broken a second time.

These episodes will air from Monday 19th July.

When Paul Robinson (Stefan Dennis) decided to make the longest fitness competition more interesting, he never thought he would find a potential suitor for his granddaughter. 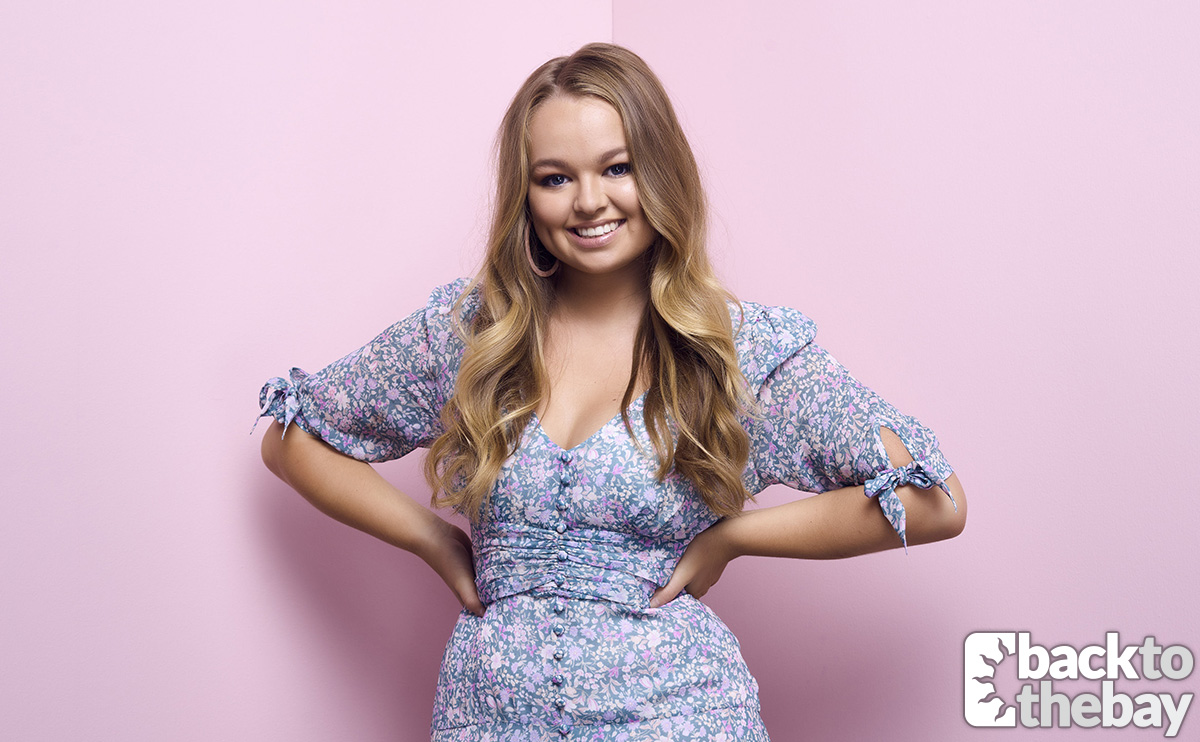 Poor Harlow (Jemma Donovan) has been through the wringer when it comes to her love life. First, ending things with her long-term boyfriend Hendrix (Benny Turland), and now struggling through long distance with Brent (Texas Watterston).

So, when Paul realised bartender Jesse (Cameron Robbie) could be the perfect match, he jumped at the opportunity to throw them together. Last week, it was switching her shift so she was on with Jesse. This week, it’s something a little more obvious. 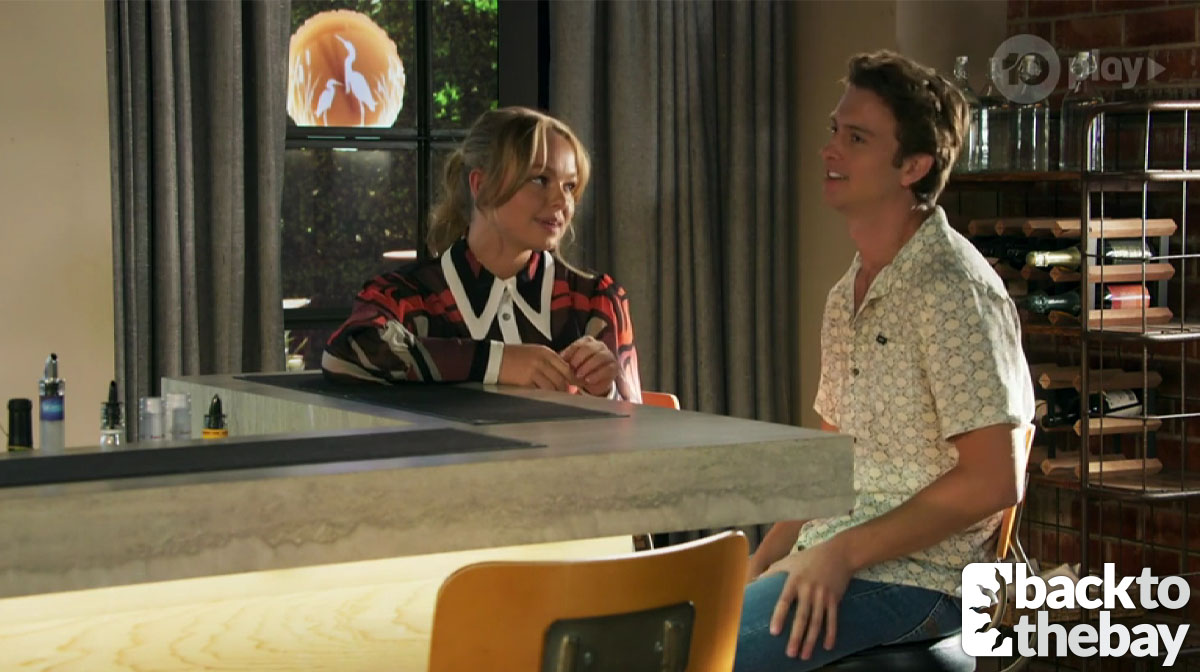 After seeing Harlow and Jesse laughing together in the Waterhole, Paul is more convinced than ever that he is the best suitor for his granddaughter.

Not long after, Paul and Terese (Rebekah Elmaloglou) discuss the possibility of Harlow taking over as her executive assistant. After all, Harlow is in dire need of a new direction and Chloe (April Rose Pengilly) needs to take a step back from Lassiters as she is helping Leo (Tim Kano) on the winery project 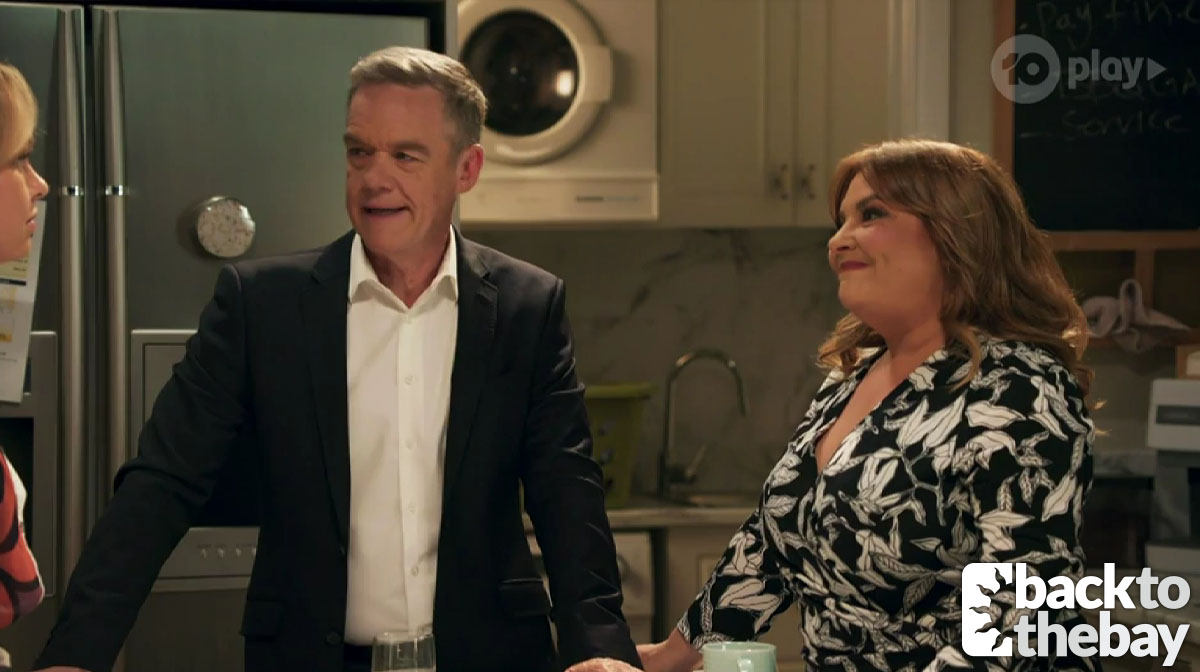 Putting the idea to Harlow, Paul and Terese can’t speak highly enough of her. She has great organisational skills and has excelled in many aspects required to complete the job. Although she’s chuffed, they ask her to take time to consider the offer.

The next morning, Paul organises for Jesse to meet him at the Waterhole. However, when Harlow arrives, she’s quick to figure out he is up to something. 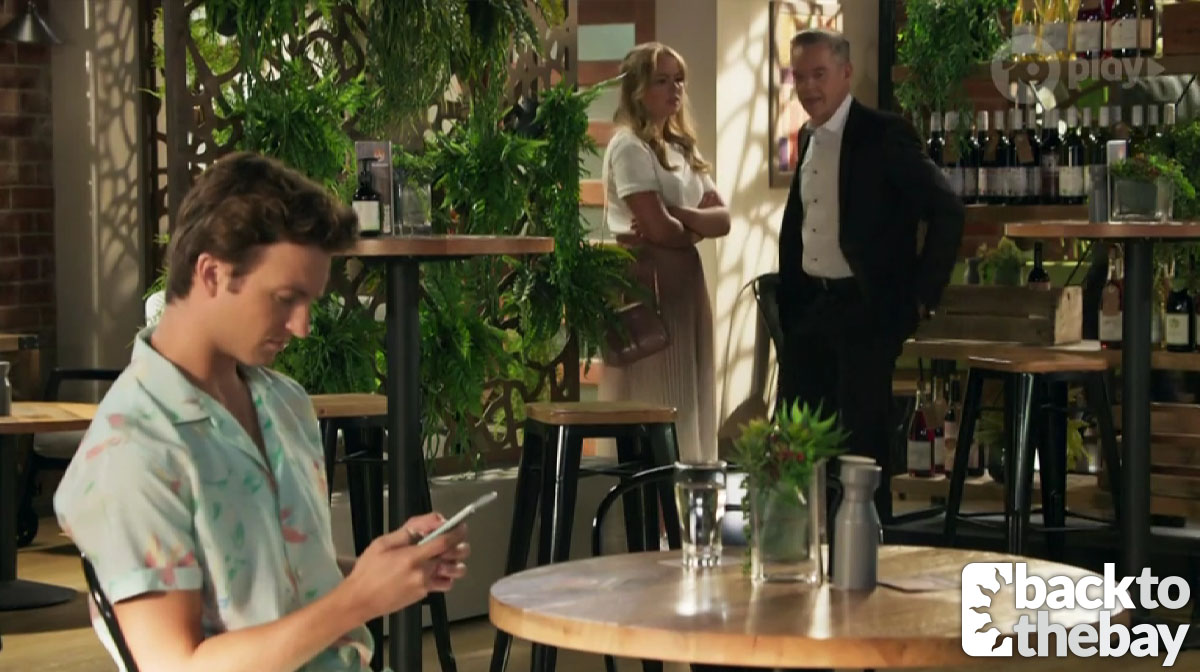 Paul tells her that the role of EA is to bridge the gap between the workers and management. As such, he’s set up a lunch between her and Jesse so she can get a hang of the role.

Once Paul leaves, Jesse begins to question the lunch.

“So your grandfather wants me to give you staff feedback,” he asks an equally confused Harlow. Voicing her suspicions, she tells him she believes he’s trying to set them up.

The conversation slowly moves away from Paul and onto Harlow and Brent. Harlow admits that it is harder than she thought and that she would be lying if she said she had no reservations, but she does miss him. 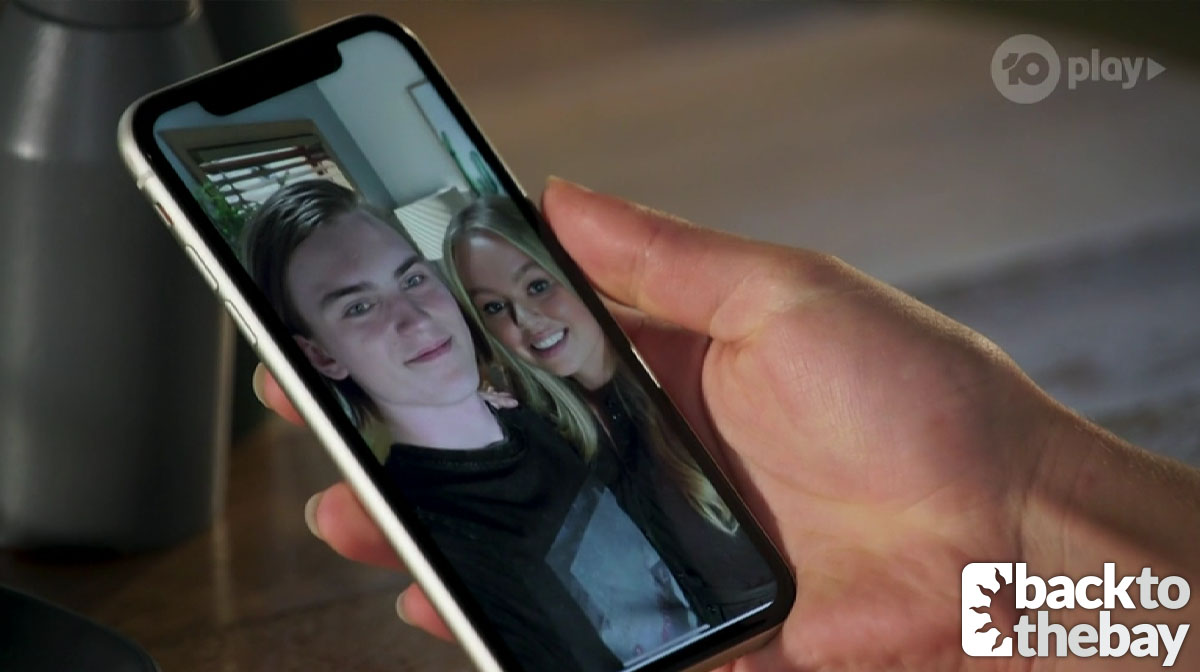 After Jesse has a run in with a glass of water, Harlow seizes the opportunity to take a quick glimpse at a photo of herself and Brent. The emotions are raw as she takes in the happiness of the shot.

Curtis’ (Nathan Borg) entry into the pub breaks Harlow’s reverie and she invites him to join, but he declines the offer, stating he has plans.

Once Jesse returns, he wants to know more about the job Harlow has been offered. Obviously still in two minds, Jesse asks her whether she is more interested in housekeeping. She’s quick to say no. 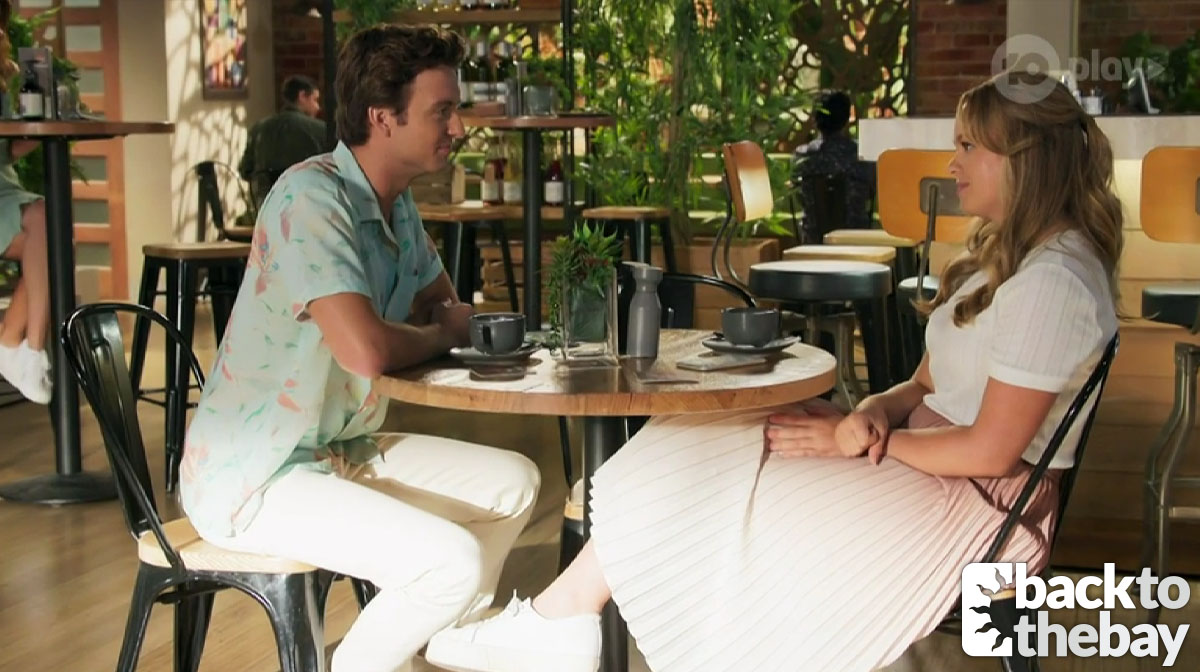 Realising how much scope she has, Jesse suggests she could use the job to her advantage, to push more green initiatives and even, to get her mind off of Brent.

Harlow sees merit in his suggestions. Taking in his smile, she can’t help but grin. 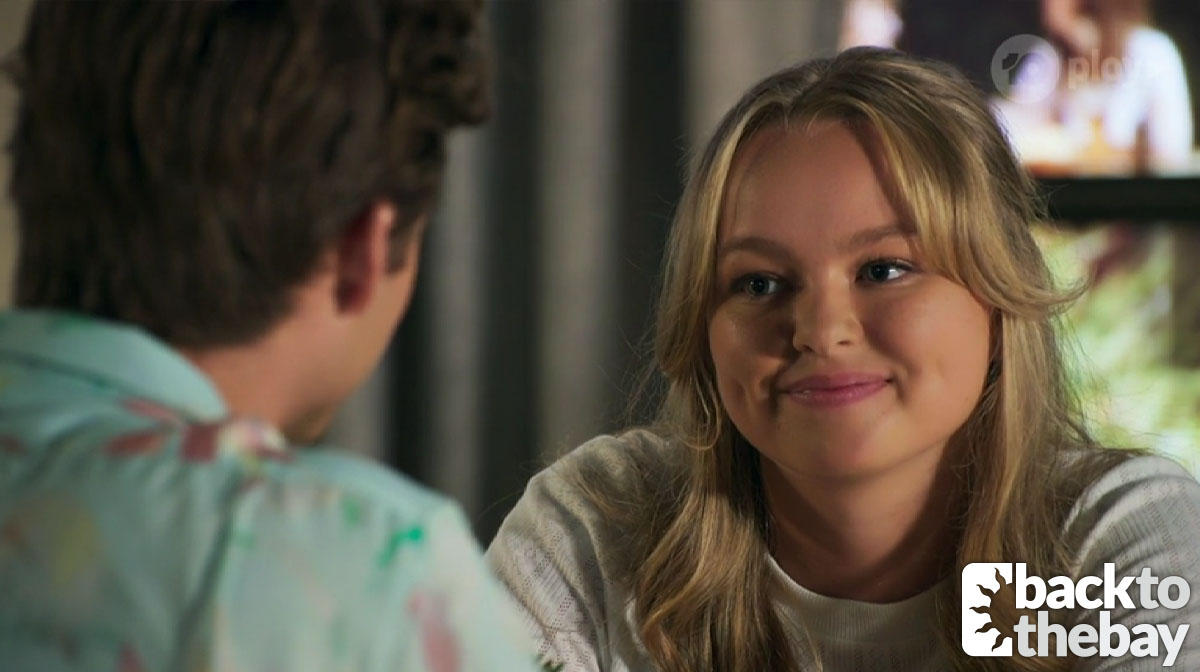 “I’m enjoying this, sitting here, talking to you,” she tells him. 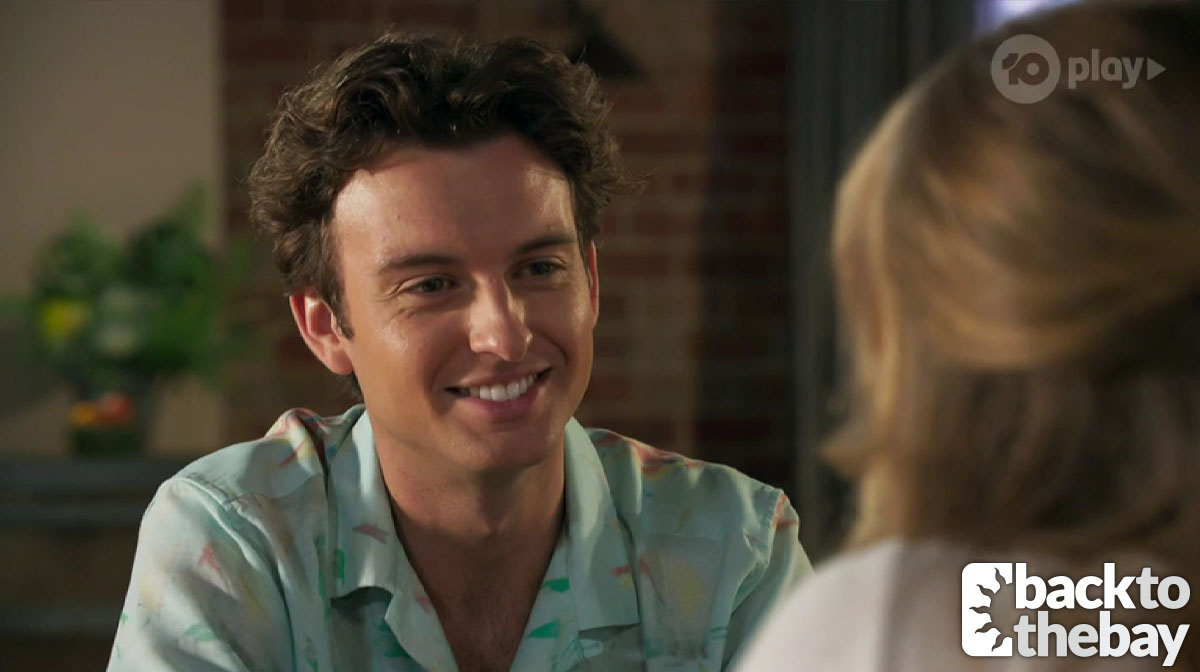 And it is clear that the feeling is mutual.

When Harlow returns from her ‘date’, as Paul calls it, Harlow accepts the job. There’s just one thing she wants Paul and Terese to agree to and that’s the suggestion of more cost effective and green initiatives.

They both agree, in the belief that it is a great idea. Further, she has also come to a decision about her and Brent. She is going to break things off with him. It’s a hard decision for her, but clearly Paul is overjoyed by the news. In his opinion, it is the right decision. 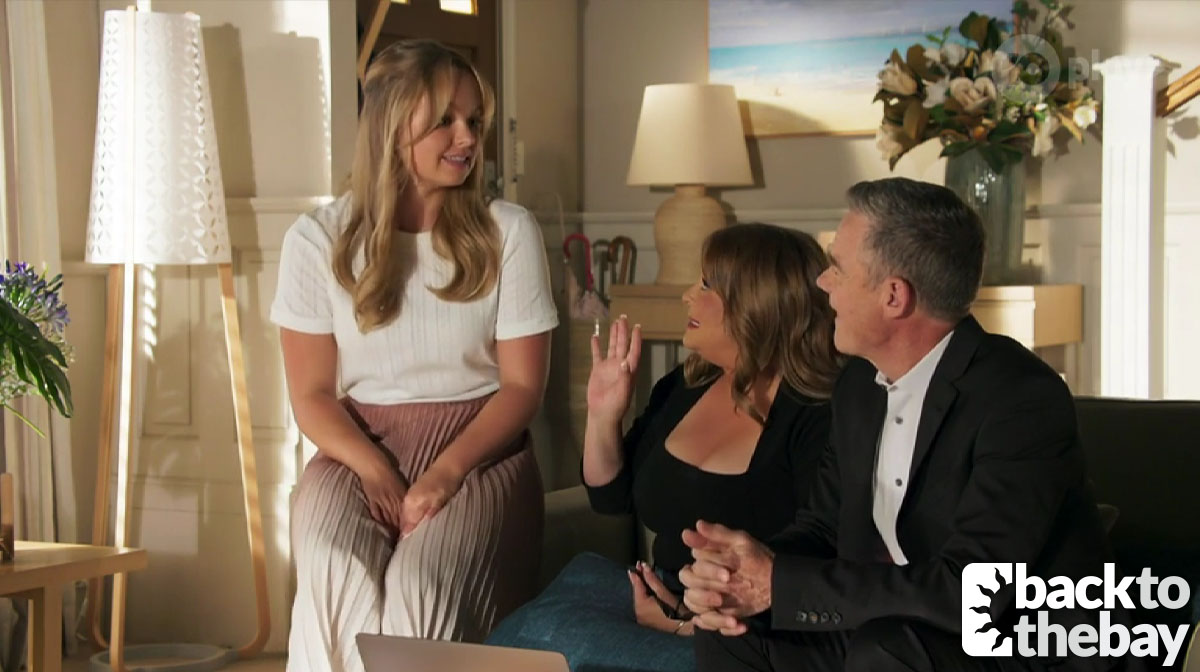 It’s a cathartic moment, however there is a sense that Harlow is hiding something.

That afternoon, she talks to Terese about Jesse being boyfriend material. She’s obviously enamoured by the bartender. 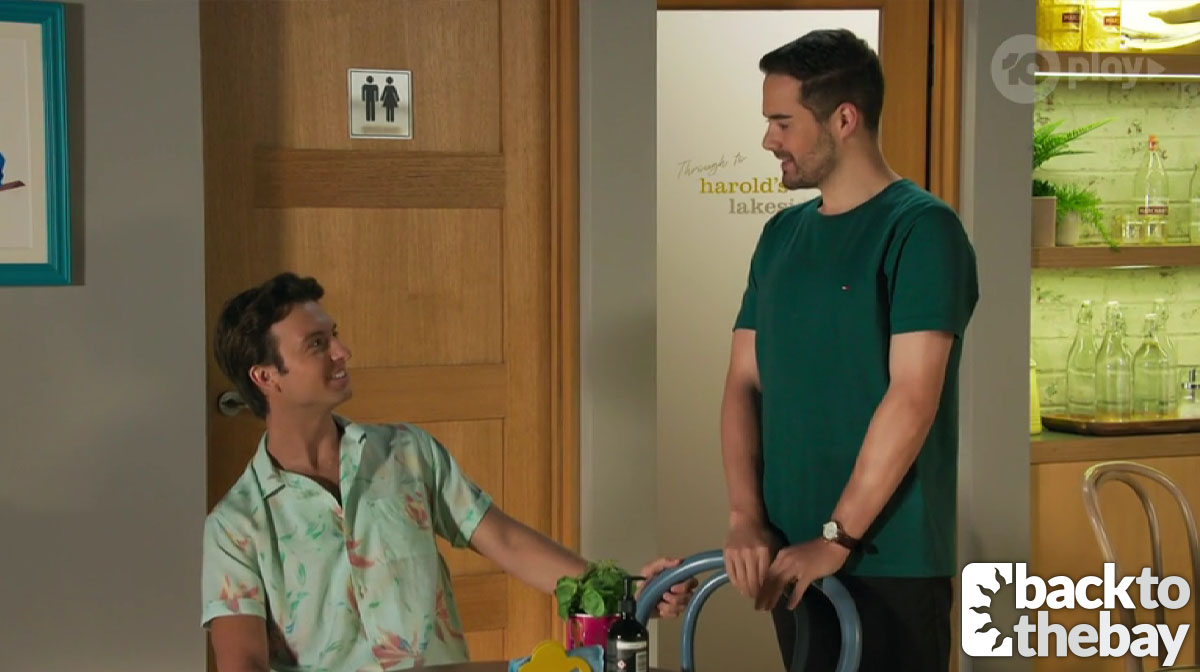 However, at the same time, Jesse greets Curtis in Harold’s, and the pair look over the menu. What starts as seemingly platonic, turns into something else very quickly and it becomes clear that something romantic is going on between the pair.

Does Harlow know the truth, or is she headed for heartache once again?