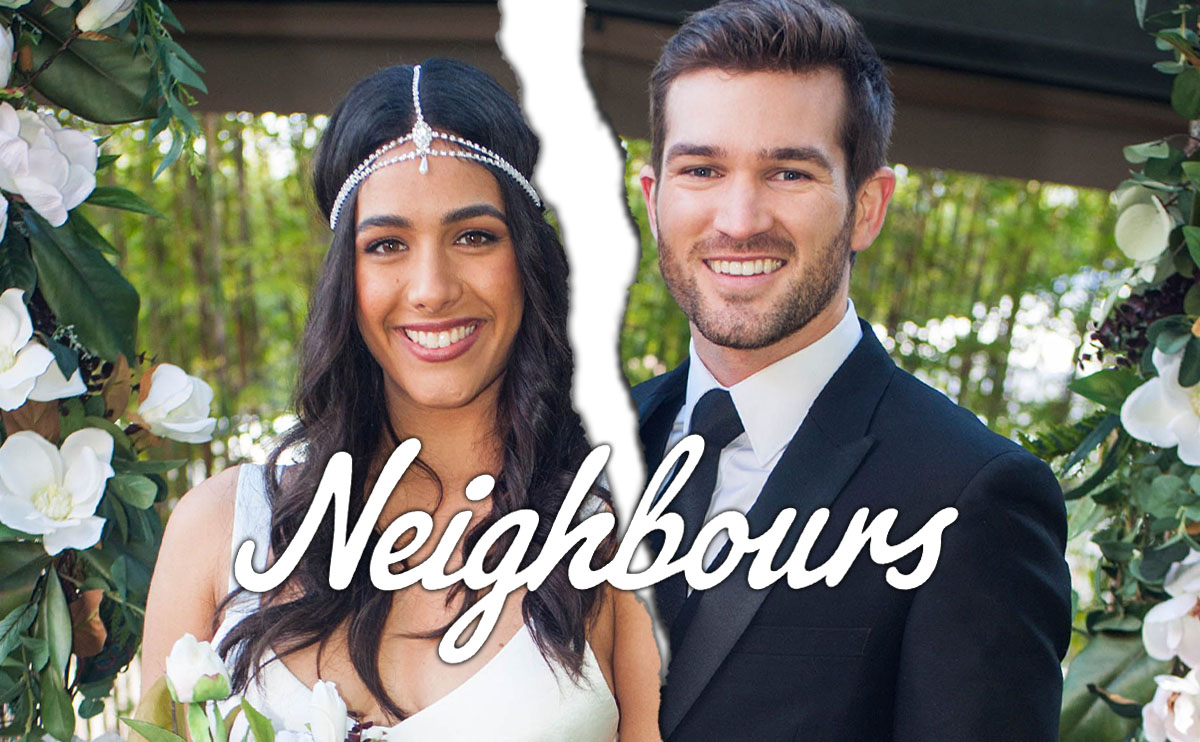 Coming up on next week’s Neighbours in the UK, after finding his sketch of Sheila #2, Yashvi questions the future of her relationship with Ned.

These episodes will air from Monday 28th June. 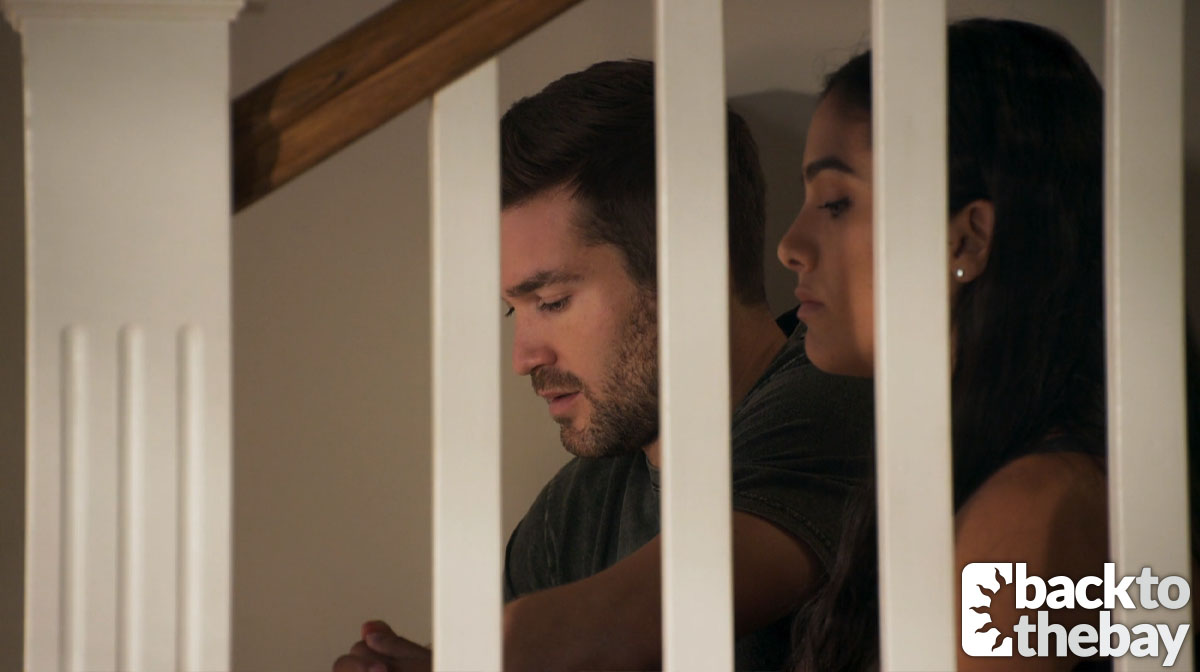 Ever since their first hookup, the relationship between Ned (Ben Hall) and Yashvi (Olivia Junkeer) has been rocky. Firstly, the pair had to deal with questions over their six year age gap. Then, there was the major disapproval of her father Shane (Nicholas Coghlan). 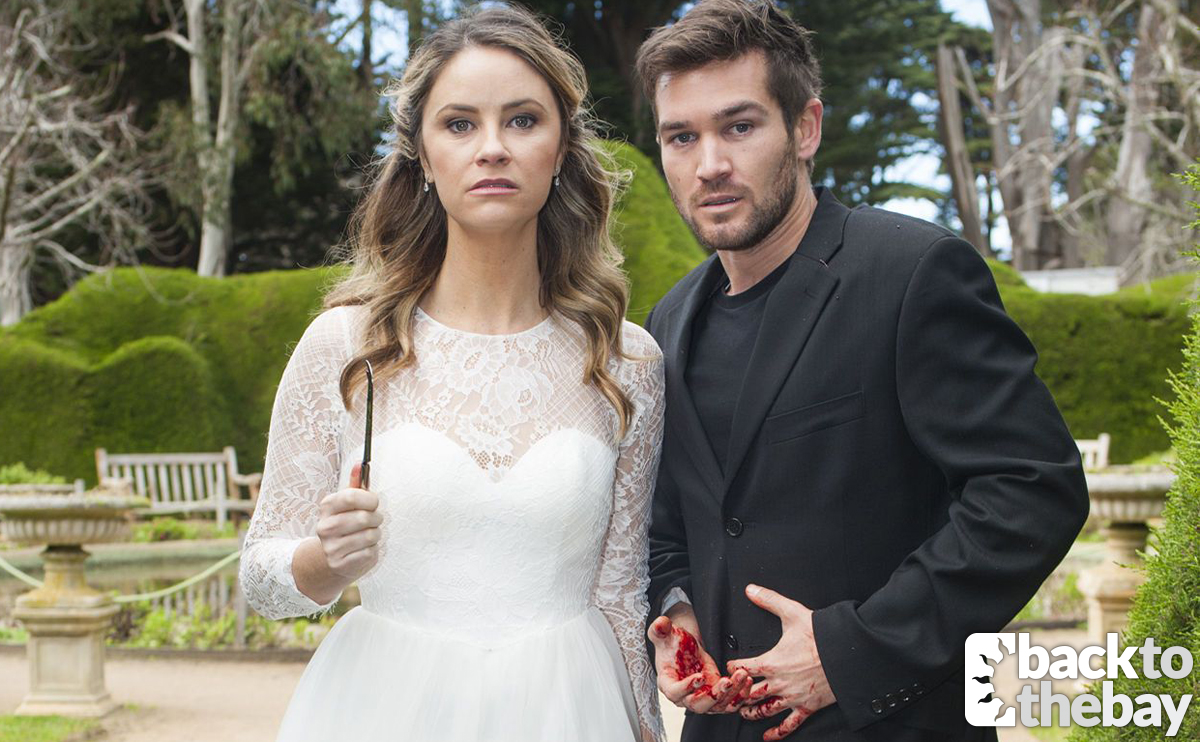 And let’s not forget the whole Scarlett (Christie Whelan Browne) saga. While they’ve had plenty of good moments in their years together, they always seem to be quickly overshadowed by another setback.

So it’s no surprise that now, the pair are facing yet another hurdle. Unfortunately for them, they may not be able to make their way out of this one quite so easily. 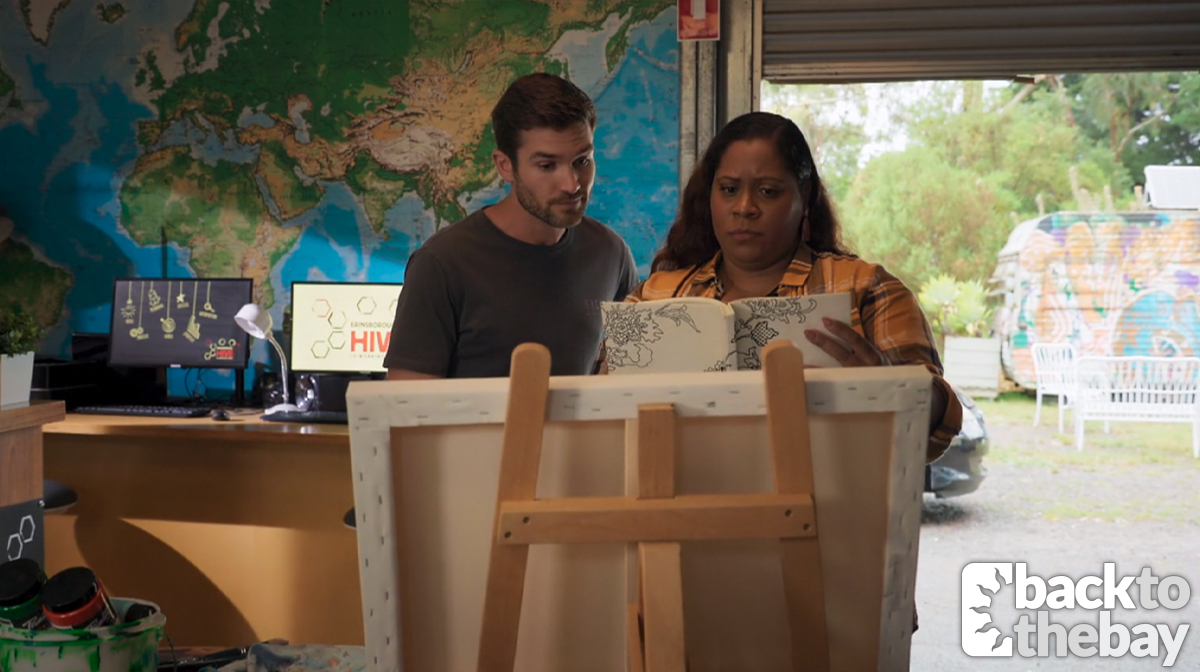 Last week, Yashvi learnt of Ned’s close relationship with Sheila #2 (Shareena Clanton). While they never crossed a line per se, the fact that Ned had to admit that they shared a close connection rattled Yashvi. In her mind, she questioned the foundation of her relationship with the artist. What were they missing?

A few days have passed and Yashvi and Ned agree to go on a date, a sort of refresh on their relationship that will whisk them back to a more care-free time. 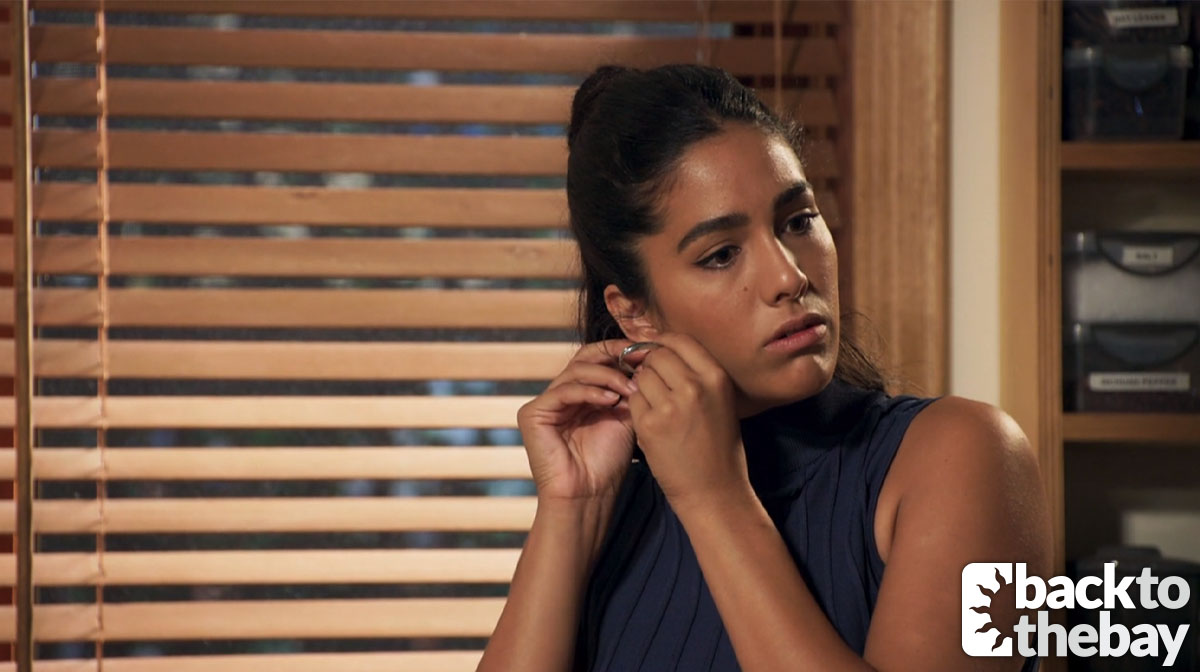 It is clear from the get go that the young police officer is nervous, second guessing what she’s wearing. She frankly discusses her issues with her uncle Toadie (Ryan Moloney) before leaving.

She knows that they have issues, but they’ve always been able to get past them. This time, however, feels different.

“Something has to change so I know it won’t happen again,” Yashvi assures her uncle, in regards to Ned getting close to another woman. 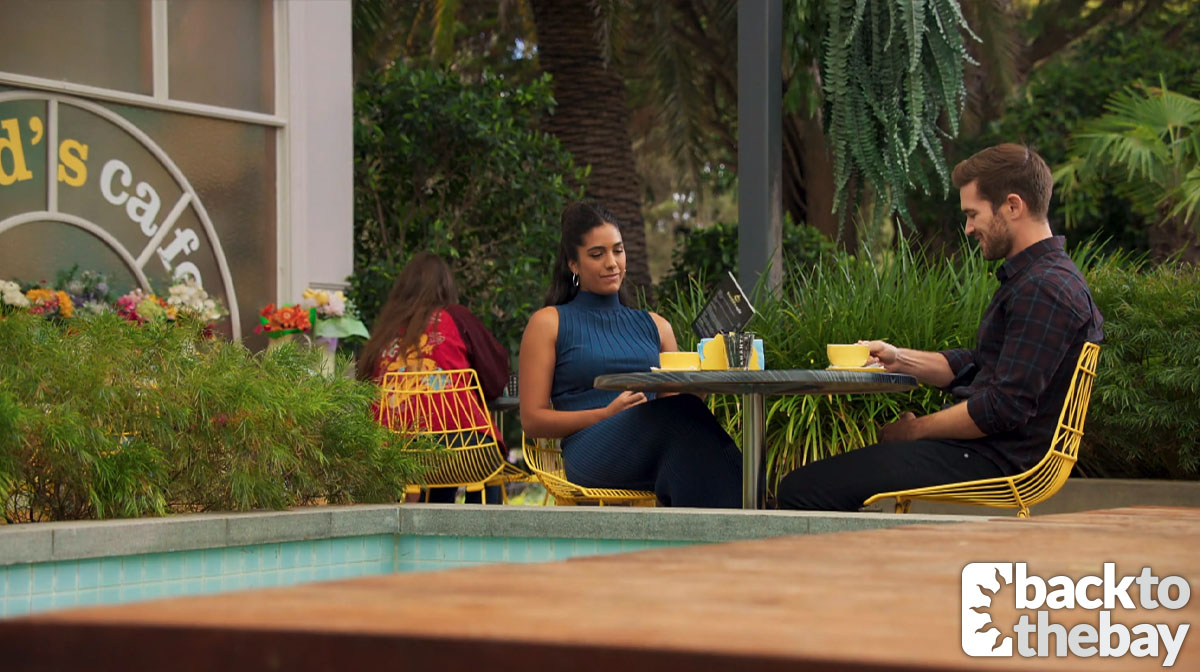 However, at Harold’s, the pair make little progress. In fact, there’s an air of awkwardness between them as they struggle to find things to say.

Ned kicks off their date by talking about his job hunt, but makes promise that he will save time for Yashvi. He wants to do more of the things that she enjoys – going to bars, watching the footy or binging action movies.

As he reads his plans out loud, it sparks an idea in Ned’s mind. The pair should schedule a regular date night. 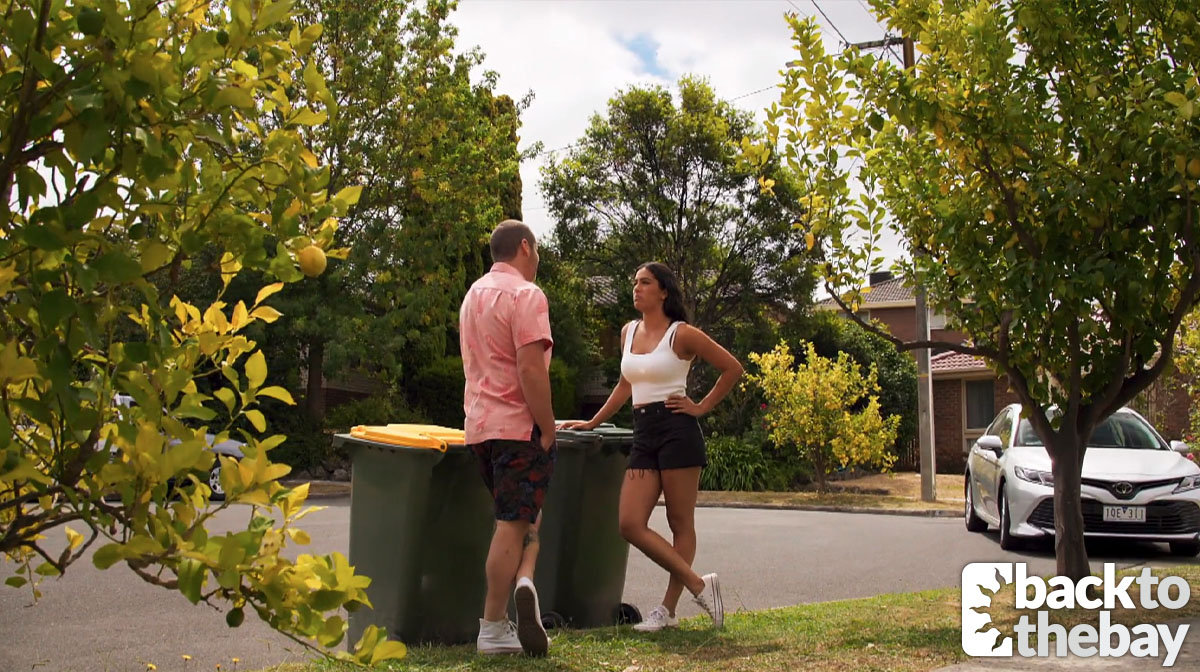 After their date, Yashvi tells Toadie about the suggestion, but he’s unsure why his niece seems to think it’s such a bad thing. Knowing that it is because it takes the spontaneity out of their relationship, Yashvi comes up with another idea.

Seeing Ned leave No. 22 ready to head off on the job hunt, she bales him up and comes straight out with her idea. 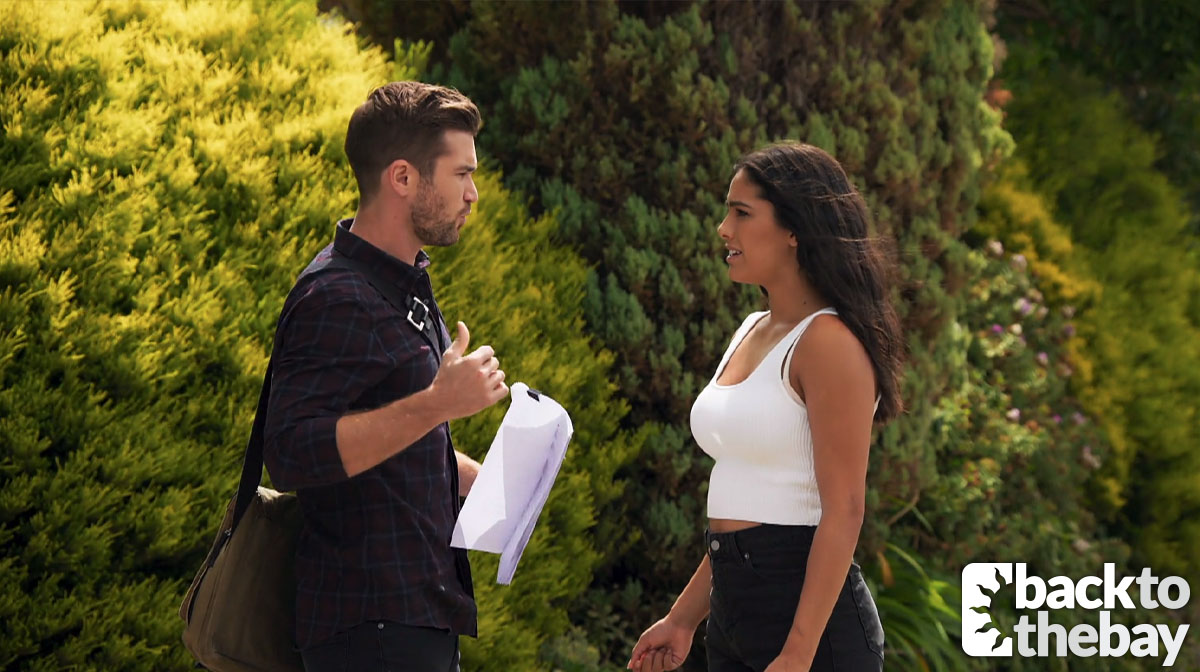 “Let’s move in together!”

Ned is taken aback by the suggestion, but the word ‘yes’ escapes his mouth, seemingly quicker than his brain has time to think. 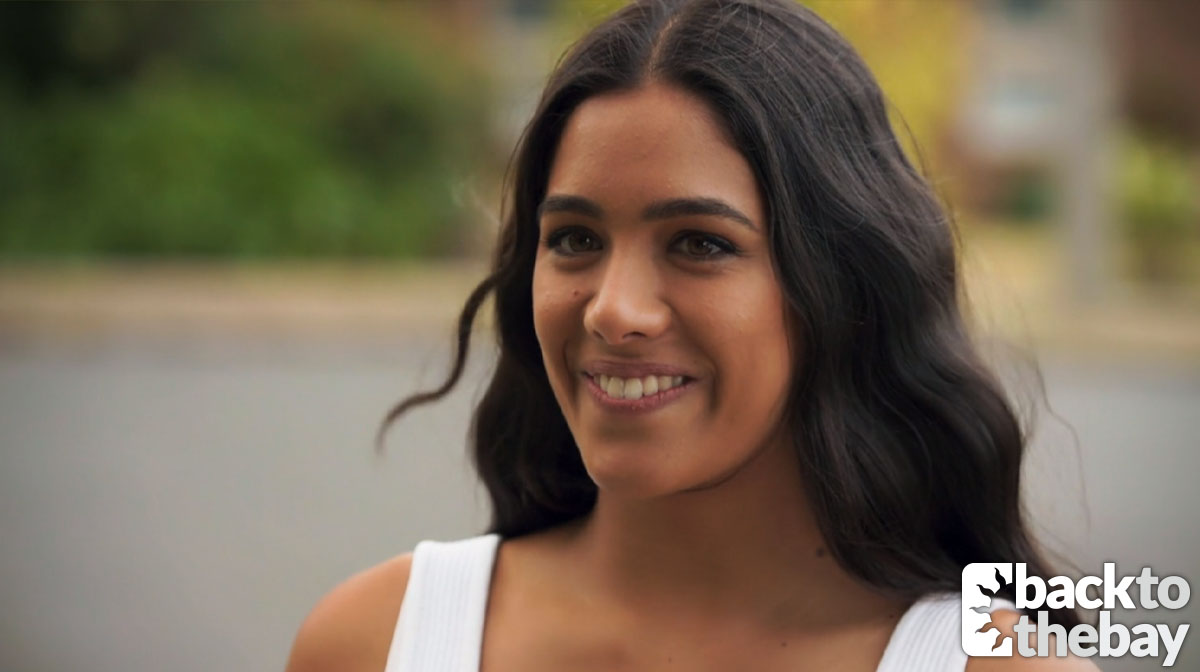 As he quickly excuses himself, Yashvi is left wondering whether he truly meant what he said.

Whatever fears she has, she tries to suppress. She heads straight to No. 22 to look over the rental properties Ned has already been researching for himself. 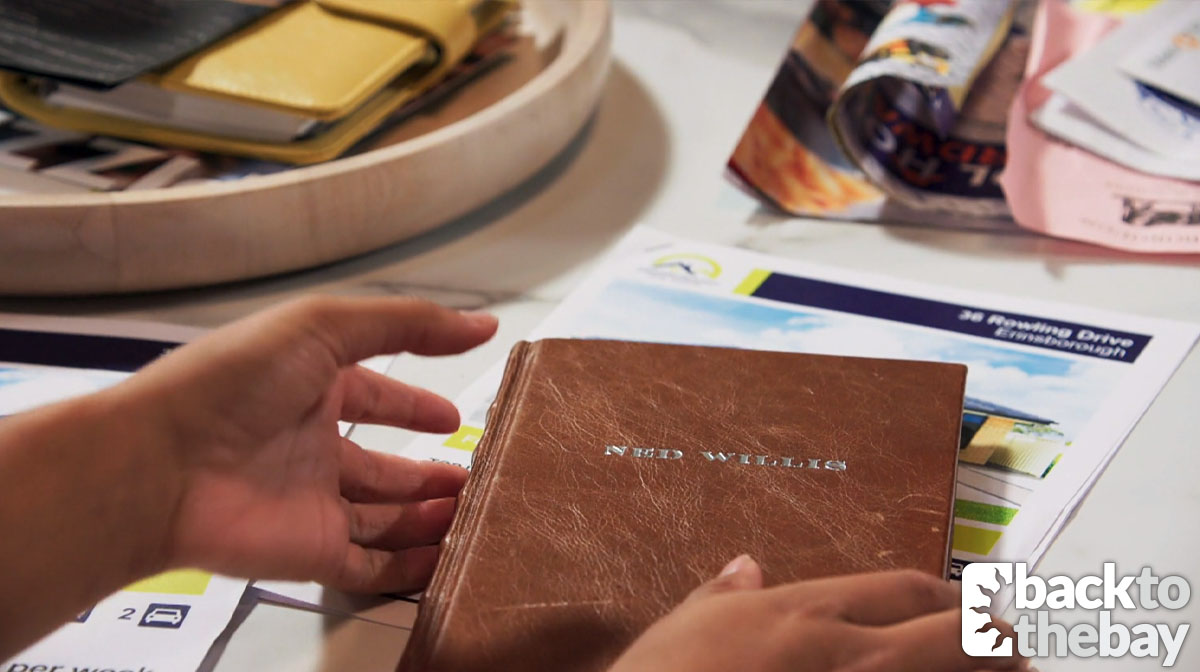 However, her snooping leads to something far more interesting…

Meanwhile, having finished up his job hunt at the Flamingo Bar, Ned is deflated, having found nothing. It seems that his guardian angel is Amy (Jacinta Stapleton) as she offers him a part-time position, after her over-cutting on the budget led to all her casuals moving on. 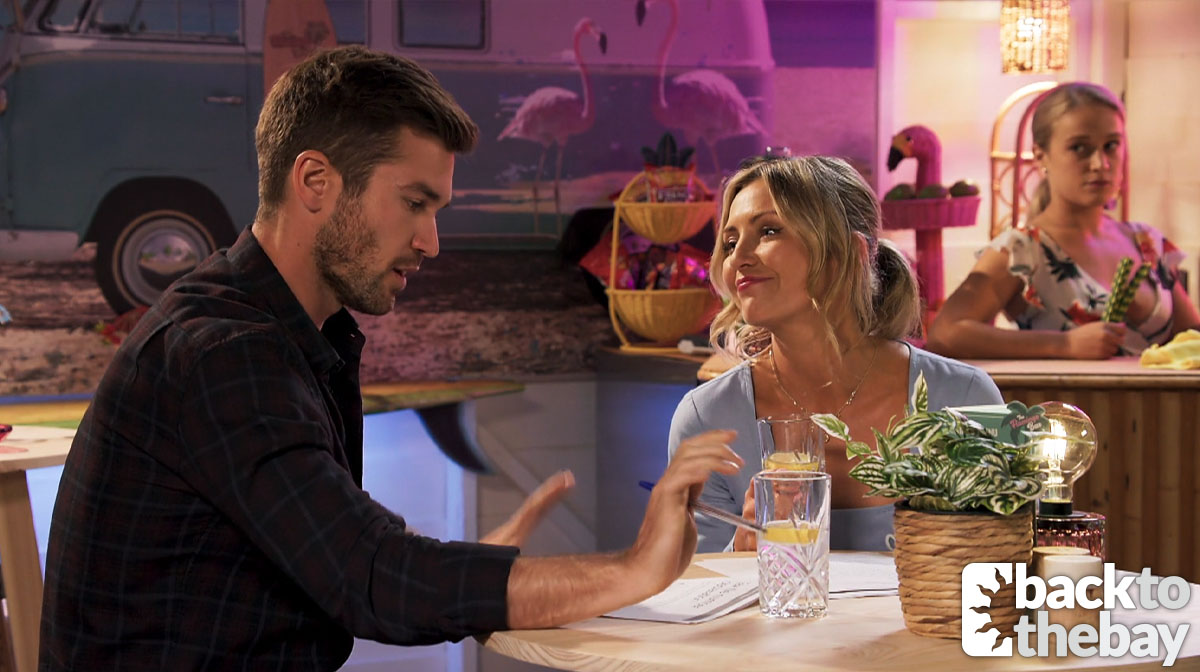 On cloud nine, Ned returns home and finds Yashvi in the living room. He excitedly tells her about his new job, but she doesn’t want to talk about it. 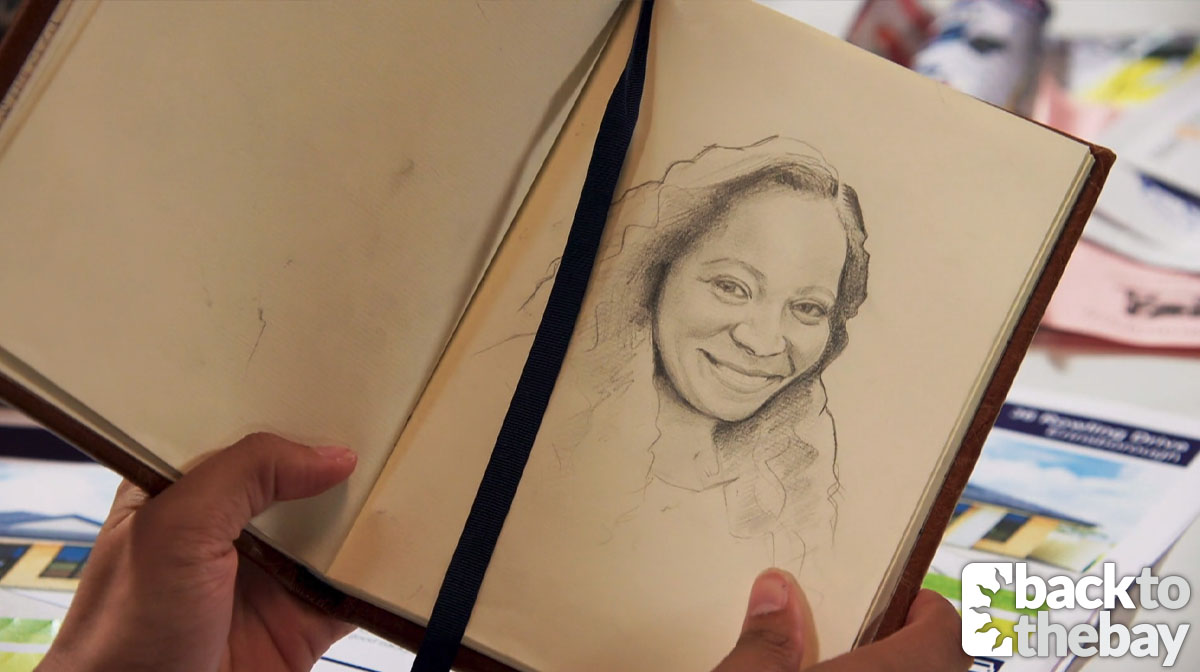 She’d much rather discuss why he has a sketch of Sheila #2 in his sketchbook, especially if he’s supposedly over her!

Flustered and trying to justify himself, Ned explains that he sketches when he is struggling and that she was merely the subject. However, Yashvi doesn’t understand why a sketch that means nothing would require holding onto. As the pair bicker, she finally opens up on the real issues. 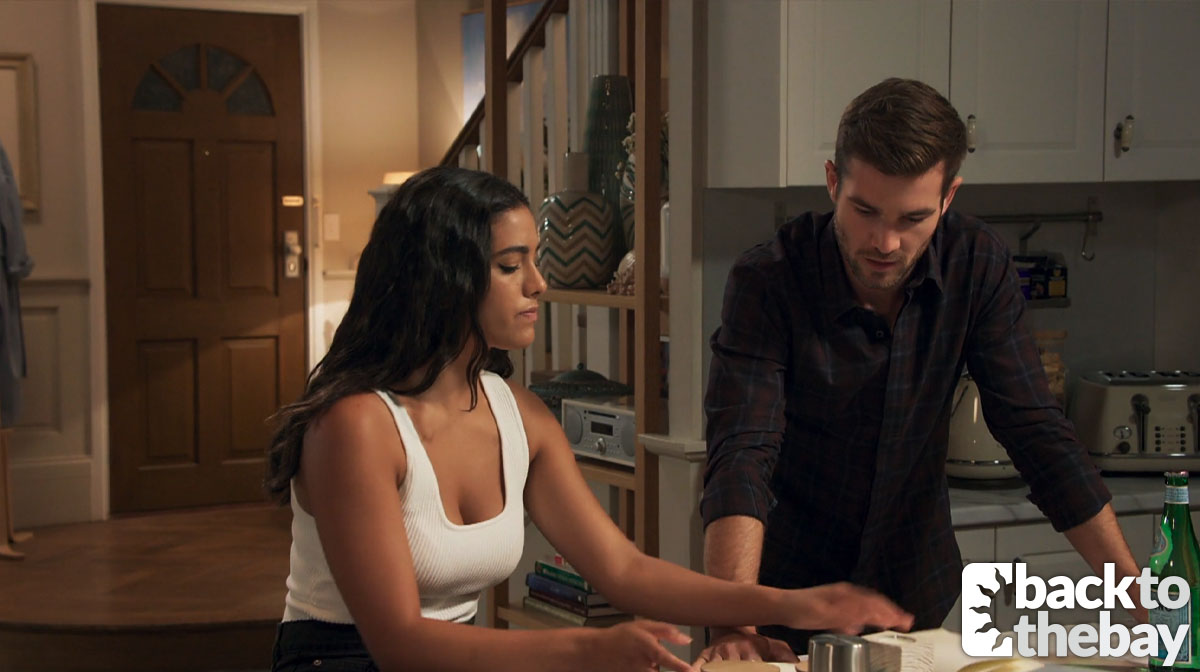 She gets that he draws when emotional, but his portrait of Scarlett was so vengeful and filled with rage… so why is his one of Sheila #2 full of nothing but love?

Leaving him to think on it, Yashvi leaves. The next day, it’s clear it is still raw for both of them, with them going to talk things over with their respective confidantes. 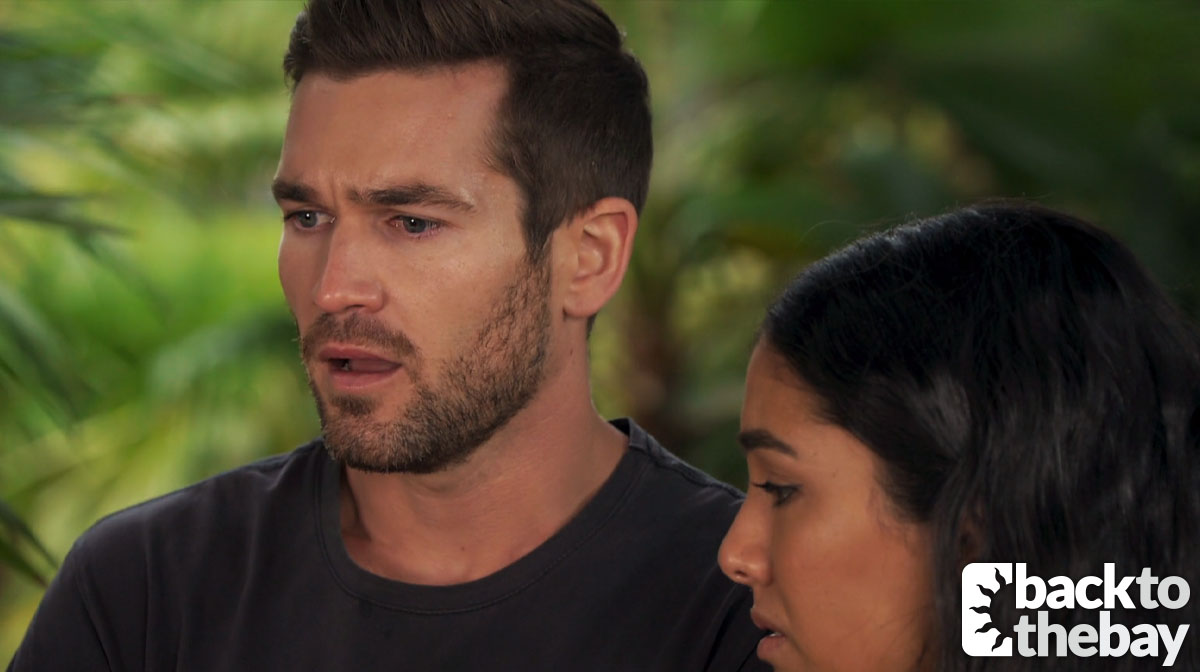 When the pair meet and embrace, Yashvi admits that she is tired of clashing and fixing things. Ned agrees, obviously deflated by the entire situation.

“I keep letting you down,” he says, trying to take all the blame, but Yashvi is unwilling to let that happen. He has made some shockers when it comes to blunders, but she’s also responsible for the relationship breakdown. 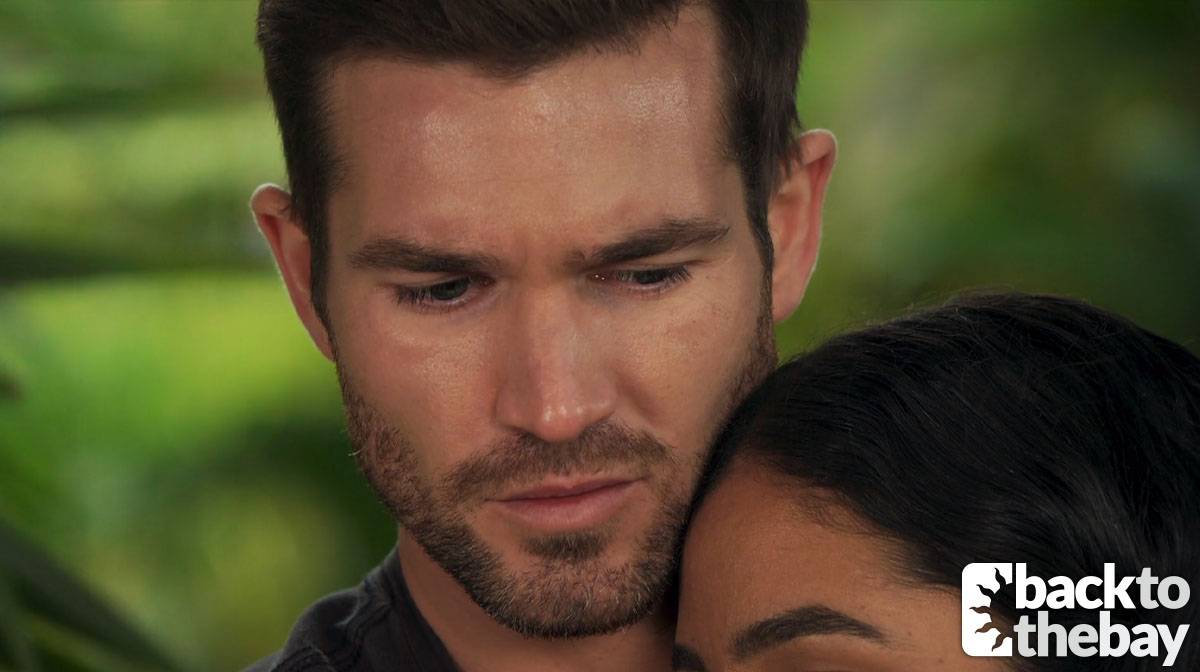 As tears well in both their eyes, Yashvi delivers the heartbreaking truth they have both been thinking but refusing to admit.

“I don’t think we are making each other happy anymore.” 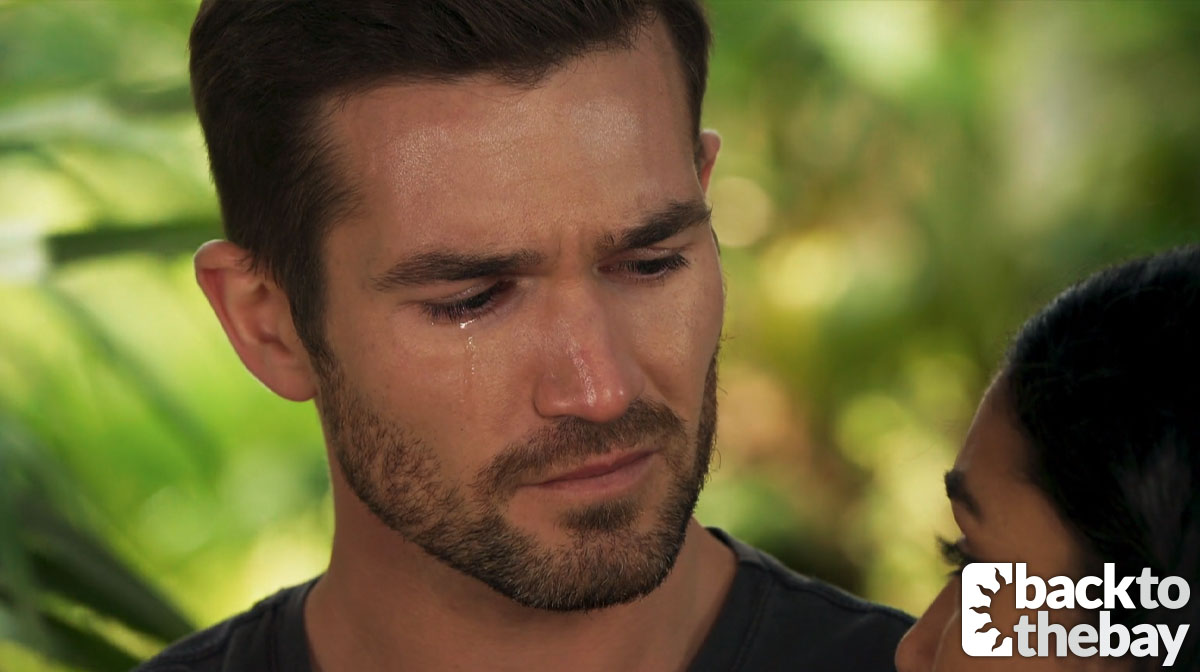 The words ring true for Ned as well. 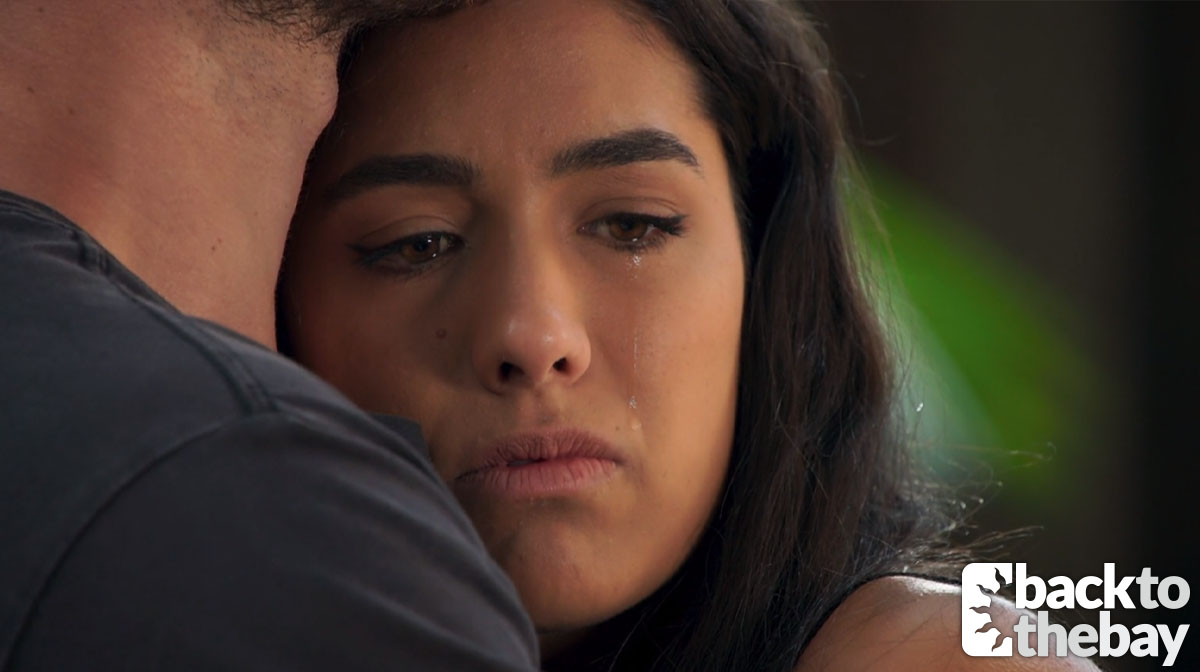 “I never realised love might not just be enough,” she follows it up with.

In each other’s arms, the pair silently remain, accepting the fact that their relationship is over.

A concerned Sheila and Kyle ask Levi to find balance in his life and start taking care better care of himself.

Roxy realises she has gone too far with her vendetta against Amy, but jealously continues to rear its ugly head.

Yashvi offers to move out with Ned to give their relationship a fresh start.

Just as Nicolette is about to tell Clive he’s overstated his welcome, he discovers that his beloved Herbert is dead and is overcome with grief.

While out driving together, Karl admits his pride in how Hendrix has grown up and Hendrix revels in feeling like part of the family.

Yashvi isn’t comforted by Ned’s explanation as to why he has a sketch of Sheila #2.

News that Pierce is returning ricochets around Ramsay Street.

Karl convinced Hendrix to spend time with his dad, but he soon feels foolish as he realises Pierce is actually here for a very different reason.

When Chloe seems open to spending time with her ex-husband again, Nicolette begins to feel a niggle of concern.

Pierce hits a weak spot with Nicolette when he tells her that they both know her relationship with Chloe will never last.

Hendrix is upset by Pierce’s intimation that he is here only for business.

Misunderstanding Toadie’s response to her request to move in, Amy moves herself right into No. 30 and doesn’t get off to the best start in her new home.

Pierce tells Chloe that she is making the same mistake with Nicolette as she did with him by rushing into another relationship to escape grief, which leaves Chloe troubled.

Amy blames Roxy for another mishap at the bar and Amy is confident that she finally has grounds to fire Roxy.

A nervous Ned pops over to see Yashvi, hoping to get their first chat as exes over and done with.