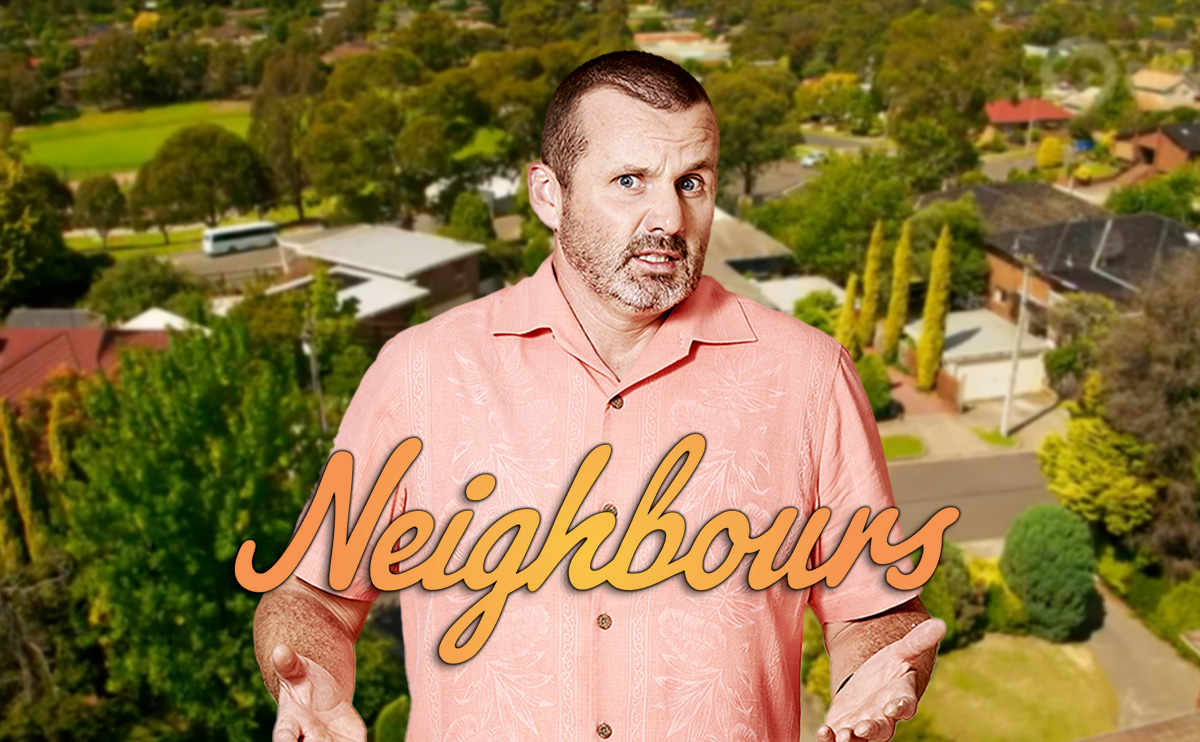 Coming up on next week’s Neighbours in the UK, after taking on Angela Lane as a secret client, Toadie finds himself in a precarious situation as she gets the wrong end of the stick and propositions him!

After being single for almost two and a half years, Toadie Rebecchi (Ryan Moloney) has finally found happiness again. 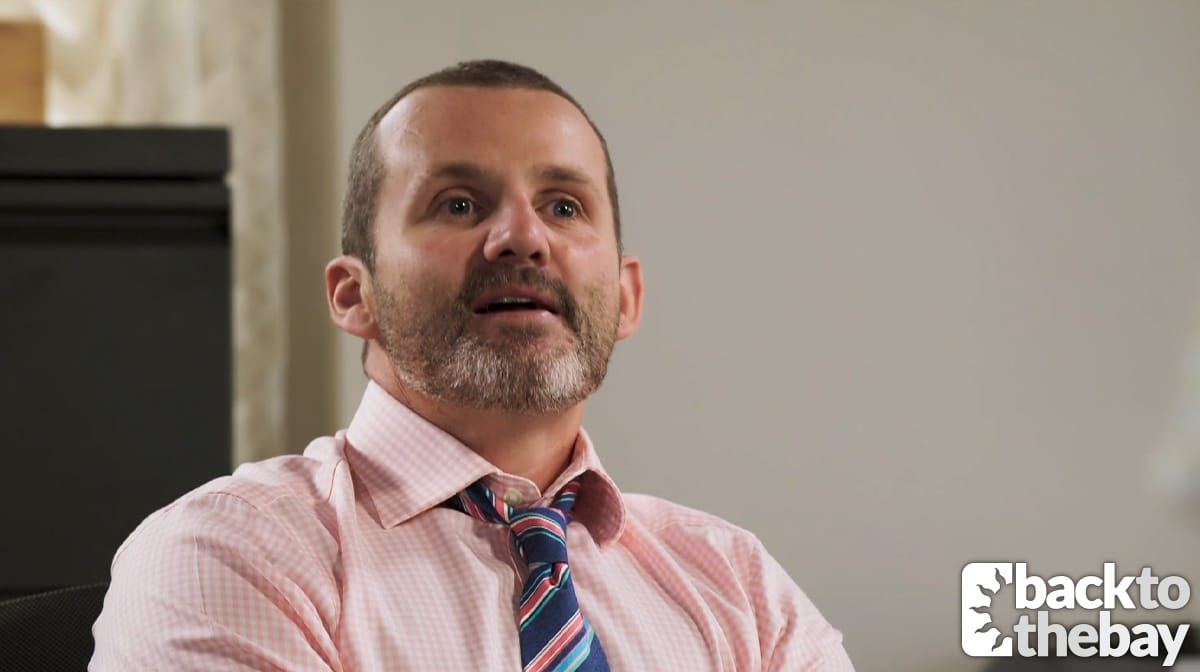 It’s well documented that Toadie’s love life has been a bit of a mess since Sonya’s death in 2019. He briefly reunited with Dee Bliss, almost found happiness with Audrey Hamilton until he discovered her dark secret, and fell hard for Rose Walker before she reunited with her estranged husband. It’s not been a good run. Now looking for something a bit more casual, he’s found himself in a fun new tryst.

After a few initial misunderstandings and embarrassing moments, Toadie happily settled into a secret relationship with his secretary Melanie Pearson (Lucinda Cowden), with whom he has shared a spark since their first meeting. Despite their connection, the pair decided to keep their relationship under wraps, partially because their workplace romance could raise some awkward questions.

However, nothing in Erinsborough stays secret for long, and Toadie’s loved ones quickly suspected that he’s started seeing someone. They have a feeling that there’s a new woman in his life, but they’re not sure who.

Last week, Karl (Alan Fletcher) and Mackenzie (Georgie Stone) played sleuths but came up empty handed. This week, Mackenzie thinks she has cracked the mystery… and the person is no-one they ever expected! 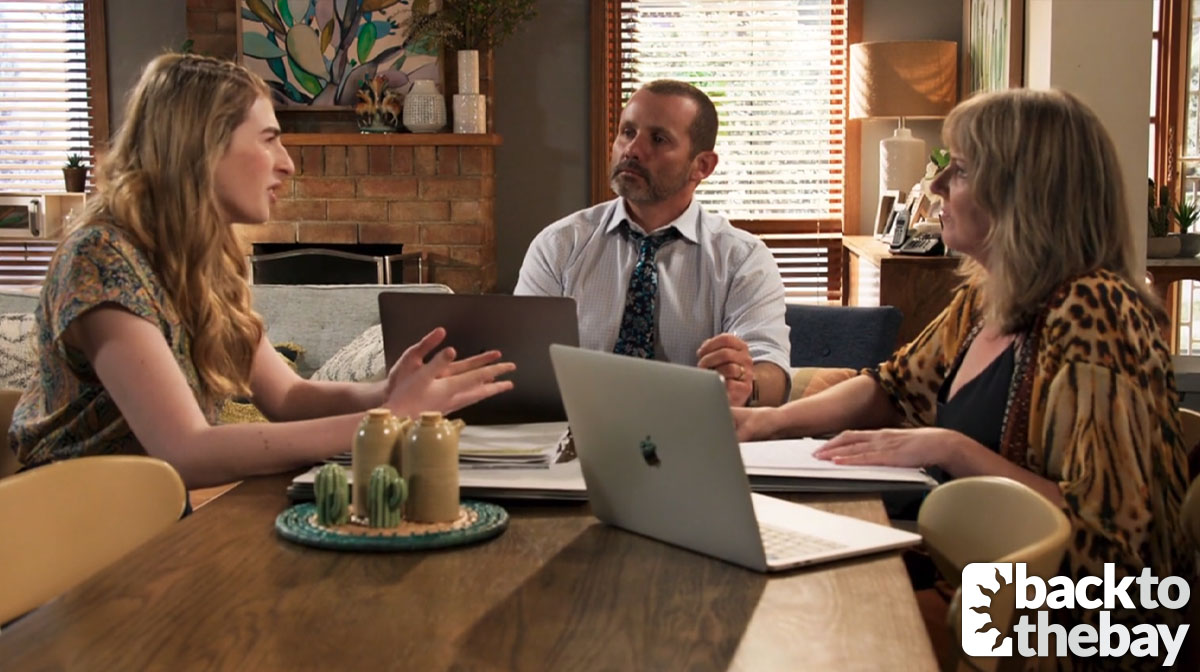 During a meeting with Melanie and Mackenzie, Toadie notices that he is double booked. Mr Carmelo has requested an urgent appointment, but Toadie’s already got another meeting booked. Unusually, the booking has no details attached, it’s just blocked out in his calendar.

Mackenzie is adamant he should reschedule his appointment to make time for Carmelo, and offers to call the first client on Toadie’s behalf. Toadie refuses, instead passing the Carmelo meeting off to Melanie, who’s confused and a little worried… Normally when the Toad has a space mysteriously blocked out, it means he’s got a rendezvous booked with Melanie. Surely Toadie hasn’t got a second woman on the go! 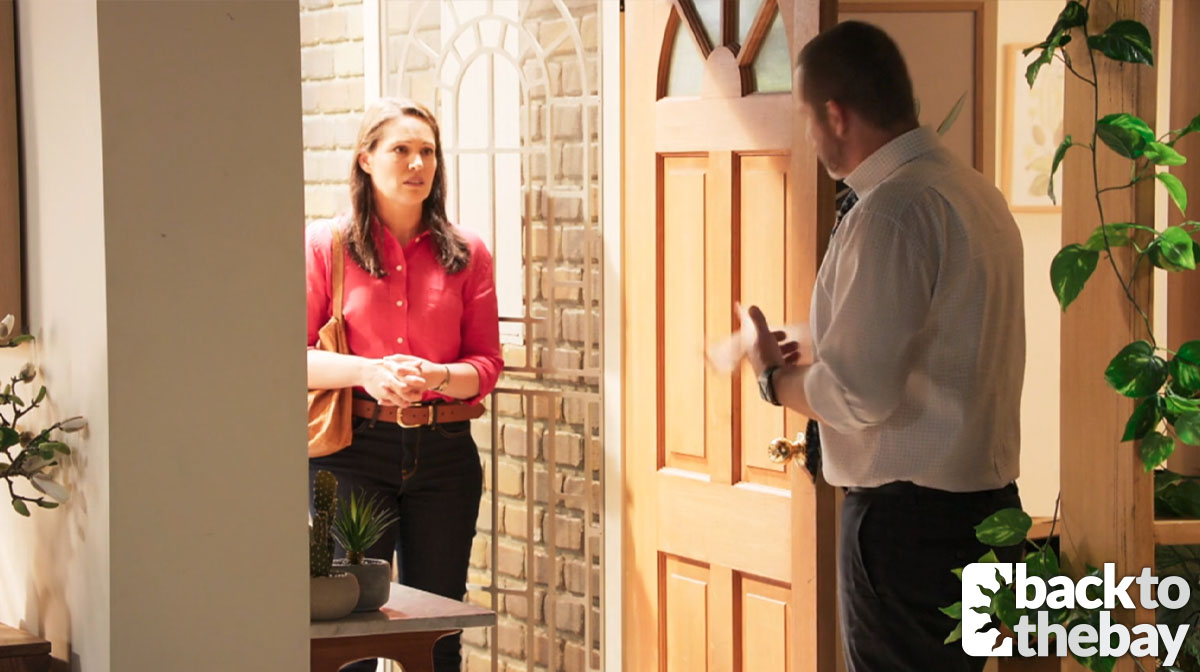 Later, there is a knock at the door, where it’s revealed that Toadie’s mystery client is none other than Angela Lane (Amanda Morrison)!

The conservative mother-of-two has sought his help to clear her daughter Lacy’s (Sophie Hardy) name. She had been ‘overloading’ (the practice of having more than 1 passenger in your car on your P1 provisional driver’s licence) and was pulled over.

But the reason her details were not in his diary was due to the animosity that she has created in Erinsborough over the past twelve months, including trying to get Susan (Jackie Woodburne) sacked and not respecting Mackenzie’s gender identity.

In fact, that is also the reason why he was meant to meet Angela at her house – so Mackenzie would not find out and feel uncomfortable.

Unbeknownst to the pair, it is too late. 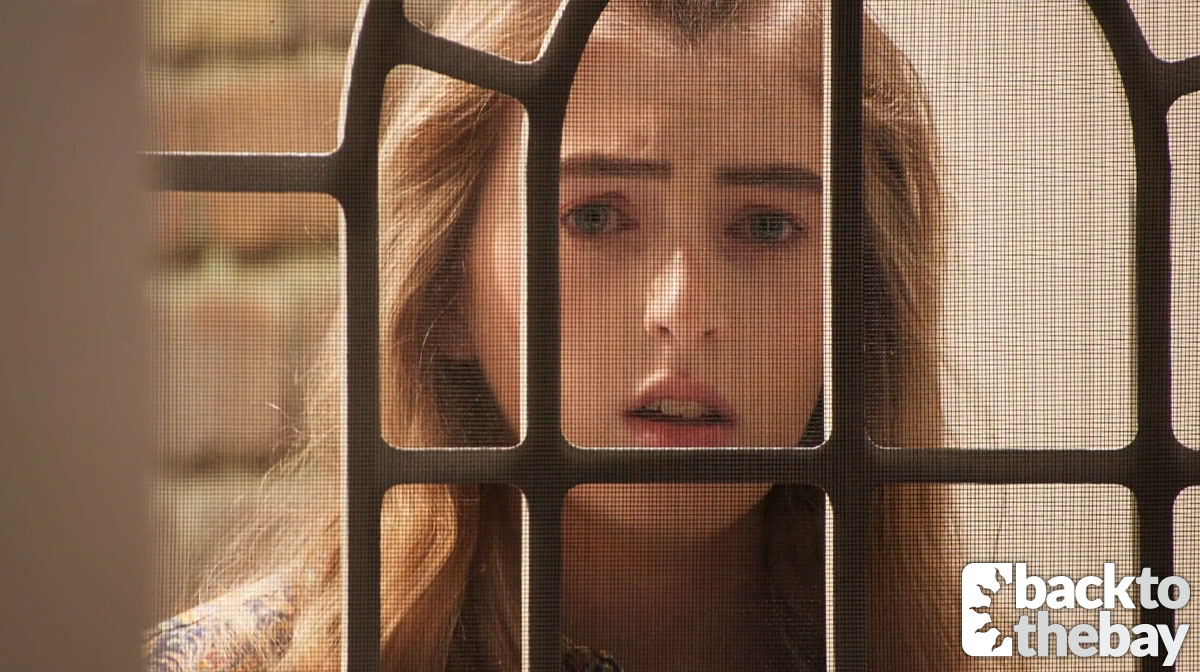 Listening at the door is Mackenzie.

At the Flamingo Bar, Mackenzie sheds a tear, hurt that Toadie would help Angela after everything she put her through. When Karl and Susan see she’s upset, they press her for answers. While initially hesitant to reveal the truth about Toadie’s mystery woman, Mackenzie finally gives in.

Fighting back tears, the young adult steels herself, in disbelief of what she is about to say. 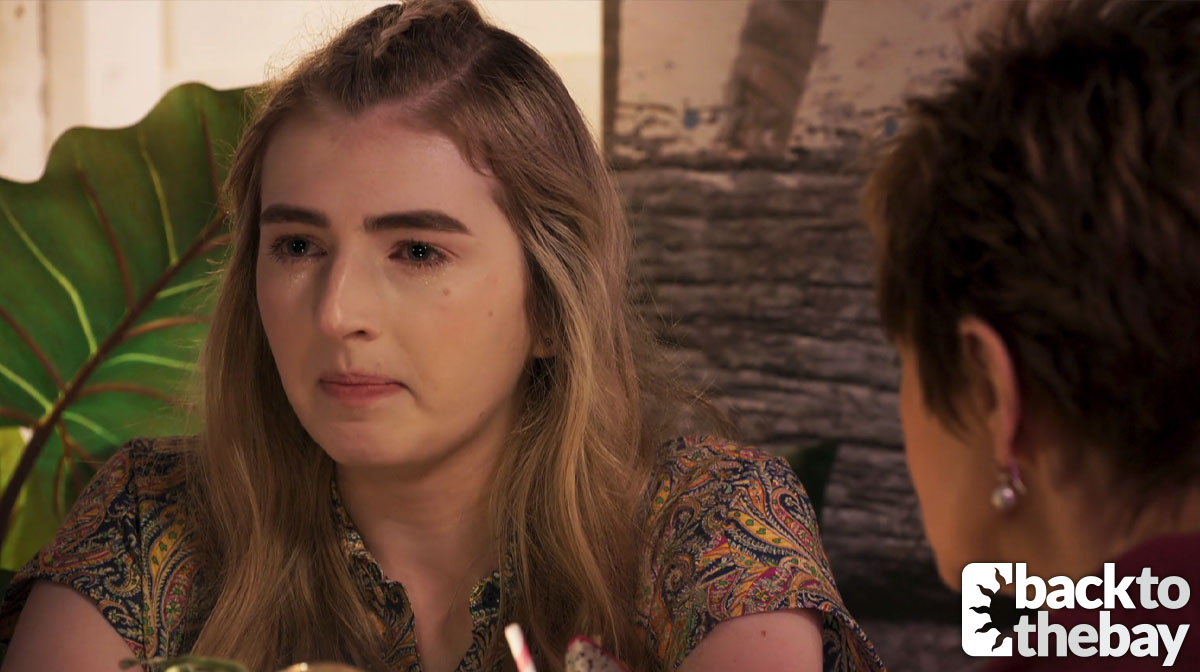 “Toadie is dating Angela Lane,” she reveals. Karl and Susan look at one another in utter shock.

They know that it’s not the first time that Toadie has been persuaded to see Angela as a potential love interest. They helped him see sense the first time around, but they can’t believe he’s giving it a second chance. 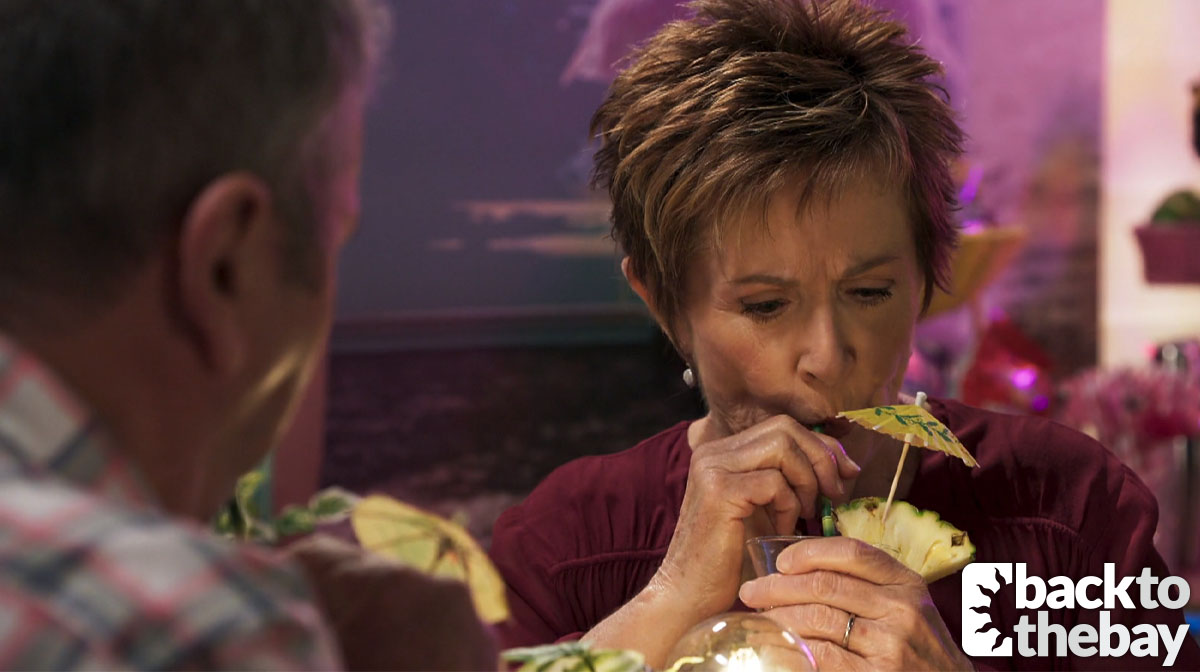 Susan is so shocked by this that she can’t help but down her piña colada.

Regretful in the morning, Susan heads to work donning big sunglasses and a big headache, where she’s confronted by Jane (Annie Jones) with some bad news. Angela is on her way in and wants to see Susan! No sooner does Susan attempt to wiggle her way out of it, than Angela arrives. 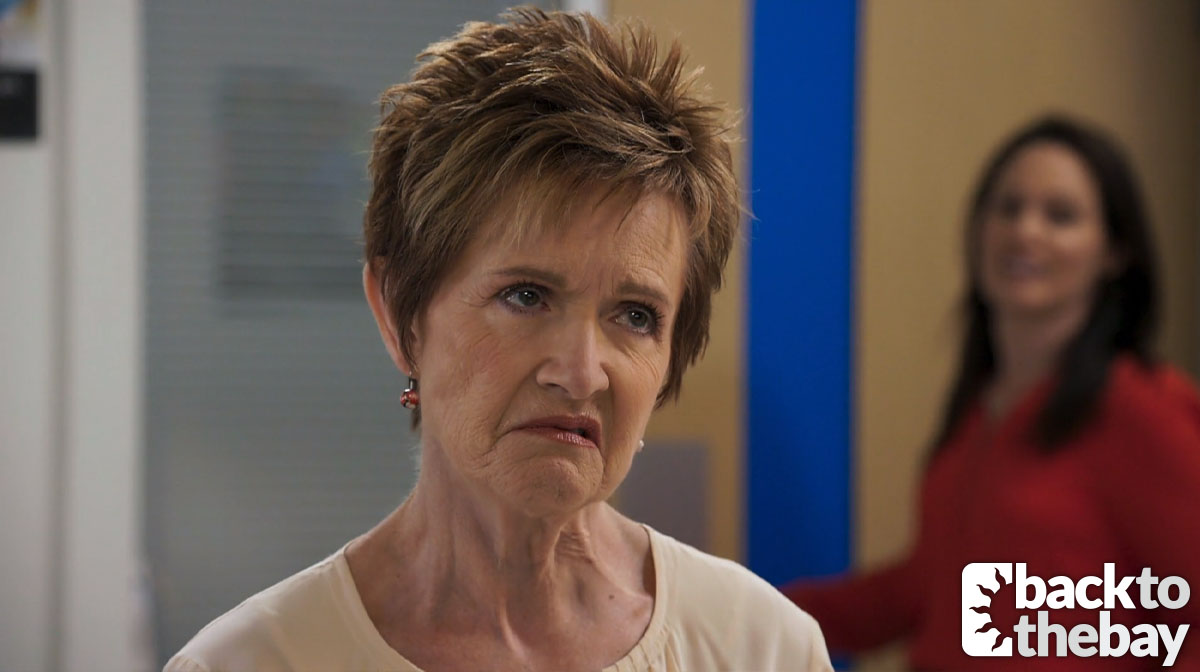 Much to Susan’s chagrin, of course.

Angela explains what has happened to her daughter and that she has gone off the rails since being expelled. Remorseful for her past behaviour, Angela asks Susan to help. Toadie was the one who told her she was good with wayward children; maybe it is possible she can also help Lacy?

Ever the saint, Susan agreed to help. Angela cannot believe it, but Susan assures she might need to start seeing her in a new light; after all, she explains, it’s obvious that Toadie does!

Hearing this confirms Angela’s suspicions. Earlier, she had run into Toadie at the Waterhole where he’d just received a package from a mysterious company named ‘Juicy Jungle’. 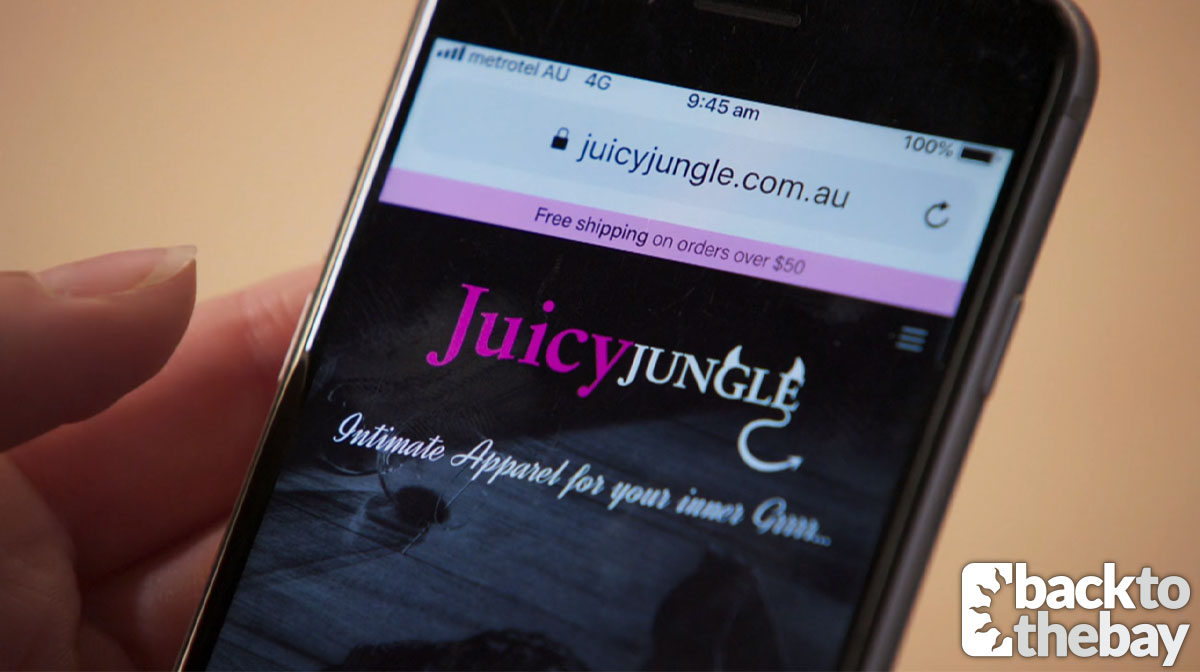 While he tried to brush it off, Angela’s research showed that the package was from a lingerie company.

Assuming he was dropping a big hint, Angela believes she has put two and two together – Toadie has the hots for her. Little does she know, she has actually come up with five.

Confidently, Angela heads over to No. 30. Toadie assumes she want to continue discussing the case, but she’s adamant she is here to talk about something else… she went searching on Juicy Jungle and made a little purchase of her own! 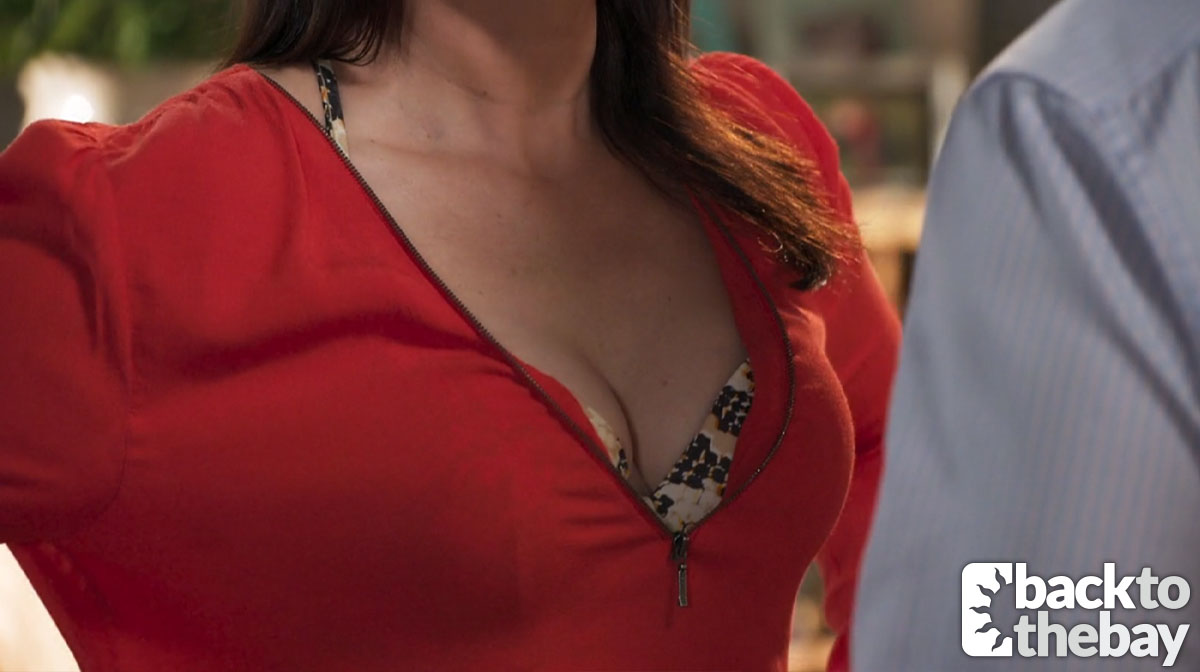 “A new brassiere, feels fantastic!” she exclaims to an unsuspecting Toadie. 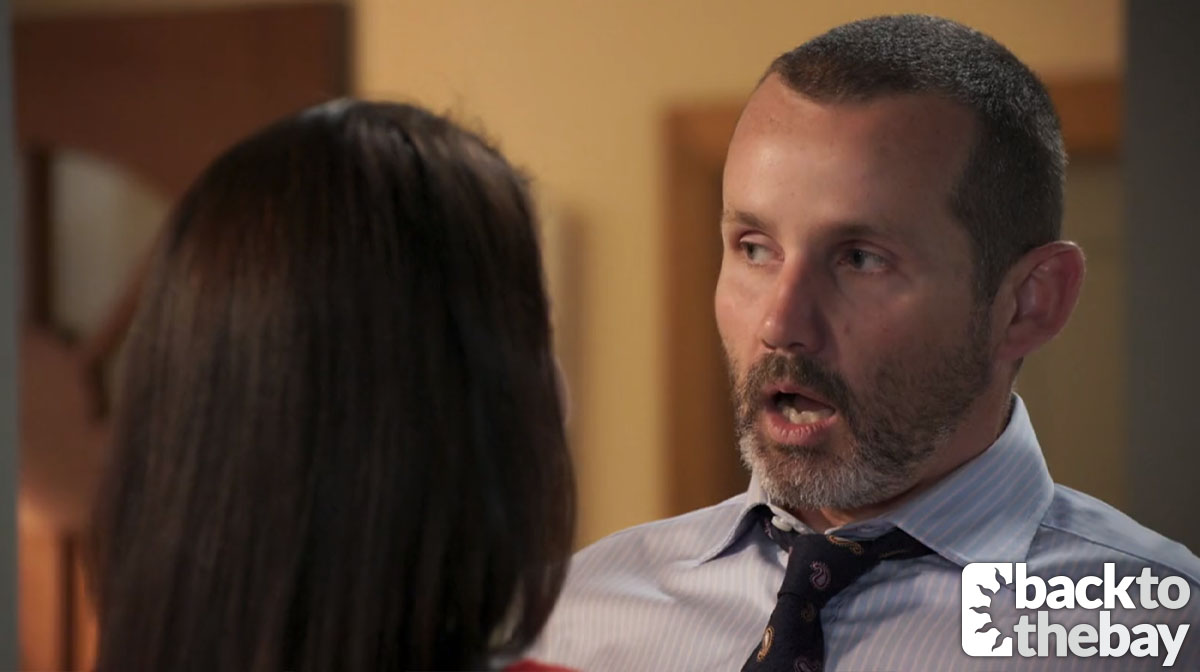 While Toadie tries to stop her, reminding her that he is her lawyer, she flirtily points out that it means he is looking after her. She quickly turns her attention back to him, undoing her zip slowly, revealing her new leopard print bra. “But, I wonder who is looking after you?”

As always in Erinsborough, Melanie’s timing is perfect, and she arrives just in time to see her lover with a half-dressed Angela! 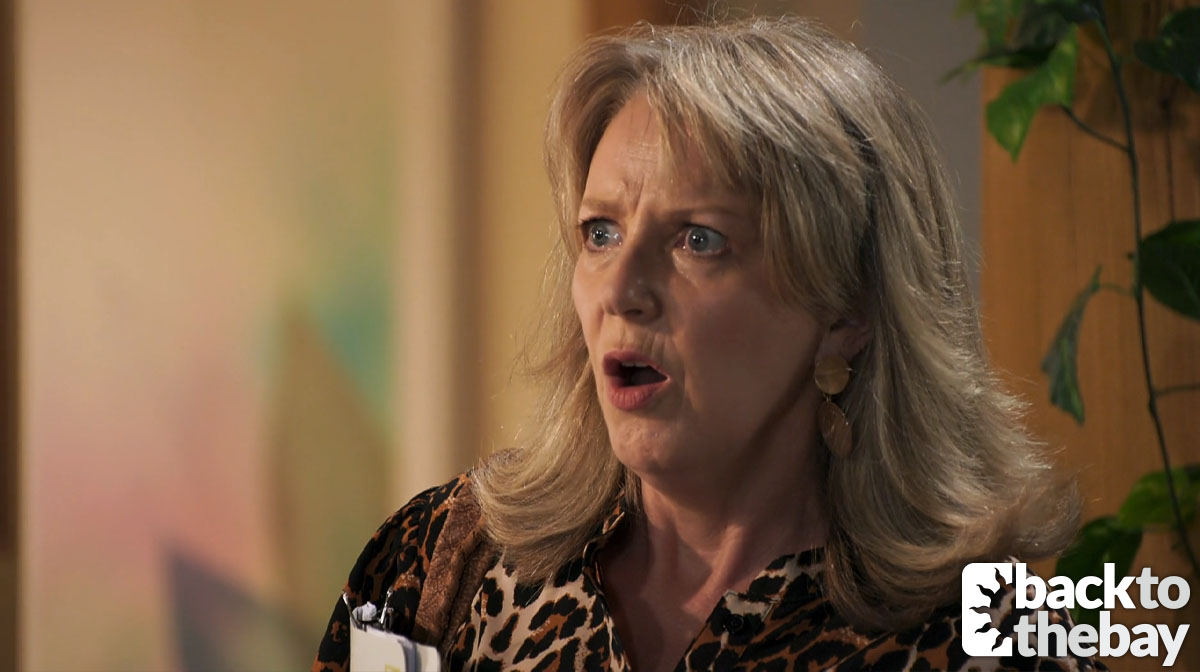 Angela rushes off, leaving a shocked Melanie looking for an explanation!

Toadie cant believe what has just unfolded. But when he learns that Karl and Susan believe he and Angela are an item, he’s in for an even bigger shock!

Susan has concerns regarding some of Bea’s revelations in her debut podcast episode and how it might affect Levi.

After her work trip to Mildura, Jane is on a high and returns with a renewed confidence for her role at Erinsborough High.

Stunned by Hendrix’s declaration of his feelings, Mackenzie is unsure how to respond.

Levi admits to Bea that he is hurt by the idea she will never be able to trust him.

Nicolette decides to coach Chloe and Aaron in the upcoming volleyball competition.

Ned and Sheila #2 continue to connect over art, leading to a heated and unexpected moment together.

Rattled by their moment of intimacy, Ned and Sheila #2 can’t help feeling awkward around each other.

After suggesting they explore something more, Toadie mistakes Mel’s flirting as disinterest and is left disappointed.

When Mackenzie discovers Toadie is having a secret “work meeting” with Angela Lane, she shares her suspicions with Susan and Karl.

Susan struggles to accept that Toadie is romantically involved with Angela Lane, making the mistake of telling Angela how much Toadie deserves a good woman in his life.

Brent’s gratitude for Paul prompts Harlow to finally open up to the possibility of forgiving him, unaware that Paul is about to go behind her back once again.

After the green light from Susan, Angela turns up at Toadie’s house and makes a bold play for his affections.

Driven by his concern for Harlow, Paul has a plan to ruin Brent’s chance of release by urging Holden to paint him at the criminal ringleader of his gang.

In trying to show their support for Toadie, the Kennedys invite a thrilled Angela to dinner, leaving Toadie confused by the unexpected dinner guest.

Harlow is devastated to learn that Holden has changed his story.