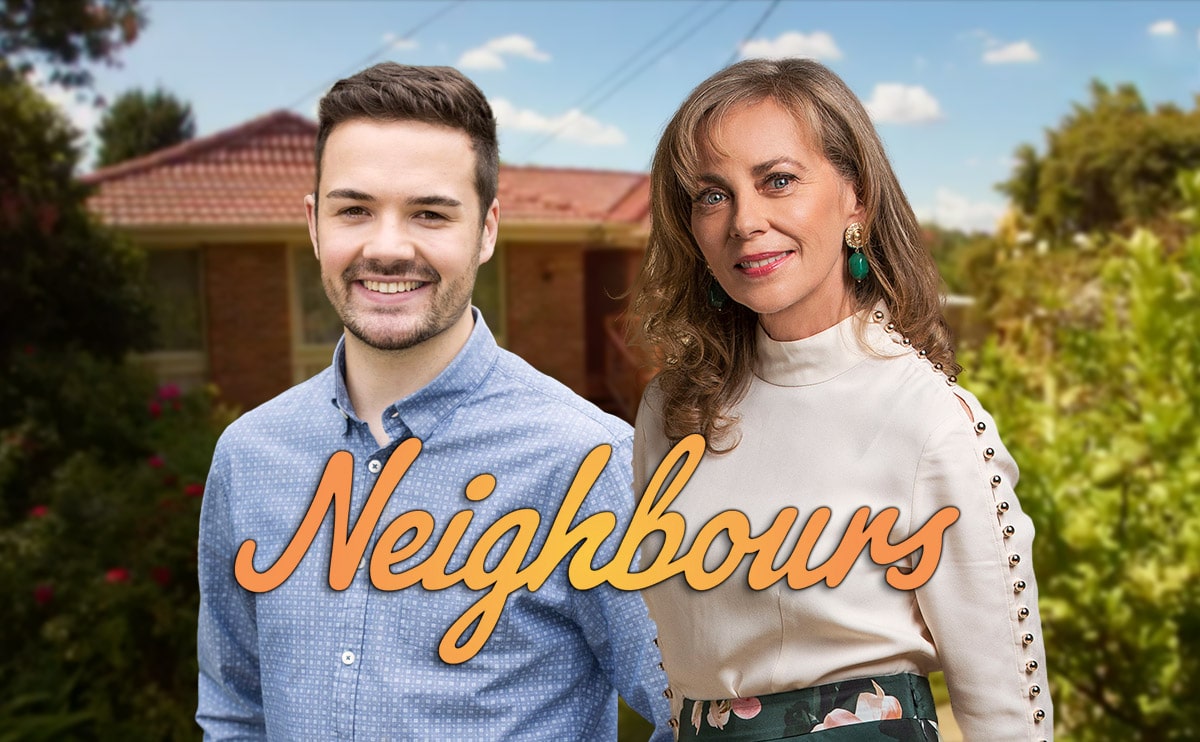 Coming up on next week’s Neighbours in the UK, Jane returns from her conference to find that Curtis has implemented a project for Hendrix and Brent without her knowledge. Meanwhile, Ned’s hard work is finally stating to pay dividends.

These episodes will air from Monday 3rd May.

It’s only been a few short weeks since Jane Harris (Annie Jones) jetted off to a conference to learn more about the emerging initiative that is Year 13 – an Australian initiative for pupils wanting to complete the usual Year 12 programme over two years.

It was perfect timing, considering Erinsborough High has just implemented the programme with Brent (Texas Watterston) and Hendrix (Benny Turland). Unfortunately for her, the only way she could get the time off was to organise for someone else to take over teaching the two hot-headed teenagers. 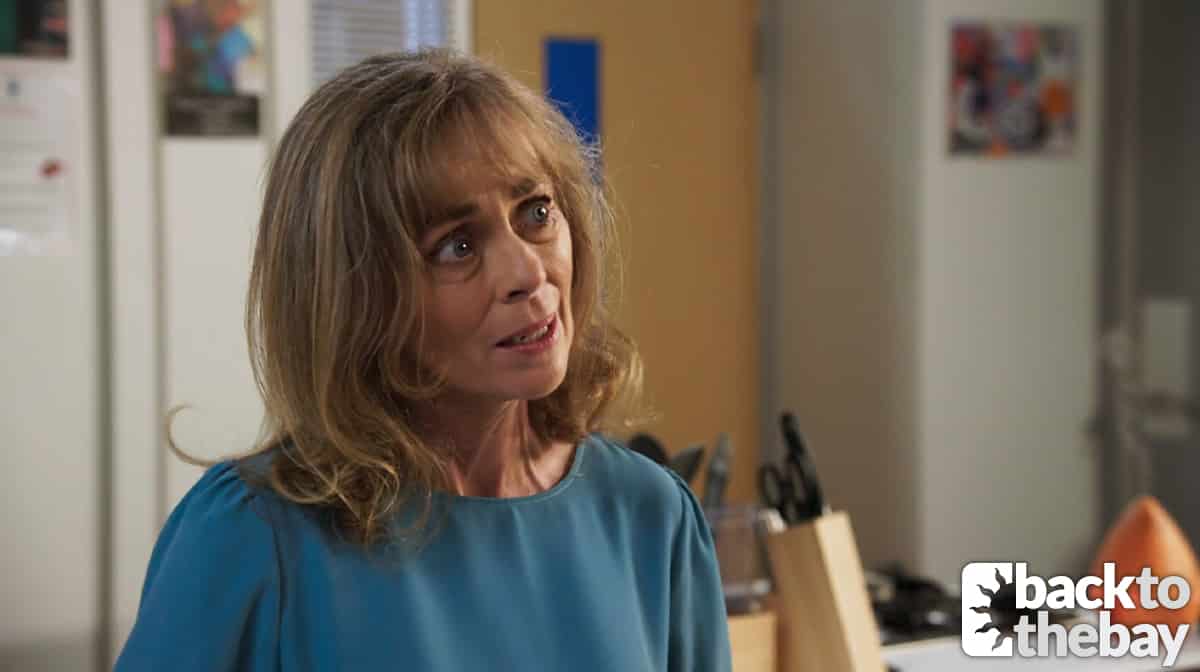 No one was more eager than Curtis Perkins (Nathan Borg). The newest edition to the Erinsborough High faculty had his hand up to take over sooner than Jane could ask. To her, it was a great solution as she knew he wouldn’t take control. To him, it was a chance to prove his worth.

Jane couldn’t have been more wrong. She soon gets wind that Curtis has implemented a new project for the boys to do in her absence, and, remarkably, they seem to be working together just fine. Stumped, Jane enquires. Susan Kennedy (Jackie Woodburne) informs her that it’s an extracurricular project which doesn’t count towards their final grade, a business venture which they are going to see through from conception right through to manufacture.

In Susan’s mind, it is a great idea. The point of the Year 13 program is to allow them to gain real life skills in areas not usually taught at school. This project is just that. However, Jane sees it differently. To her, someone is stepping on her toes and trying to bustle in on her personal project.

She tracks Curtis down after her conversation with Susan and questions his motives. She believes he’s trying to take over! Curtis rebuts – his only intention was to make the program enjoyable for the boys. Jane understands, but she is running the initiative. As such, Curtis’s project for the boys won’t be going ahead, regardless of whether they like it or not. 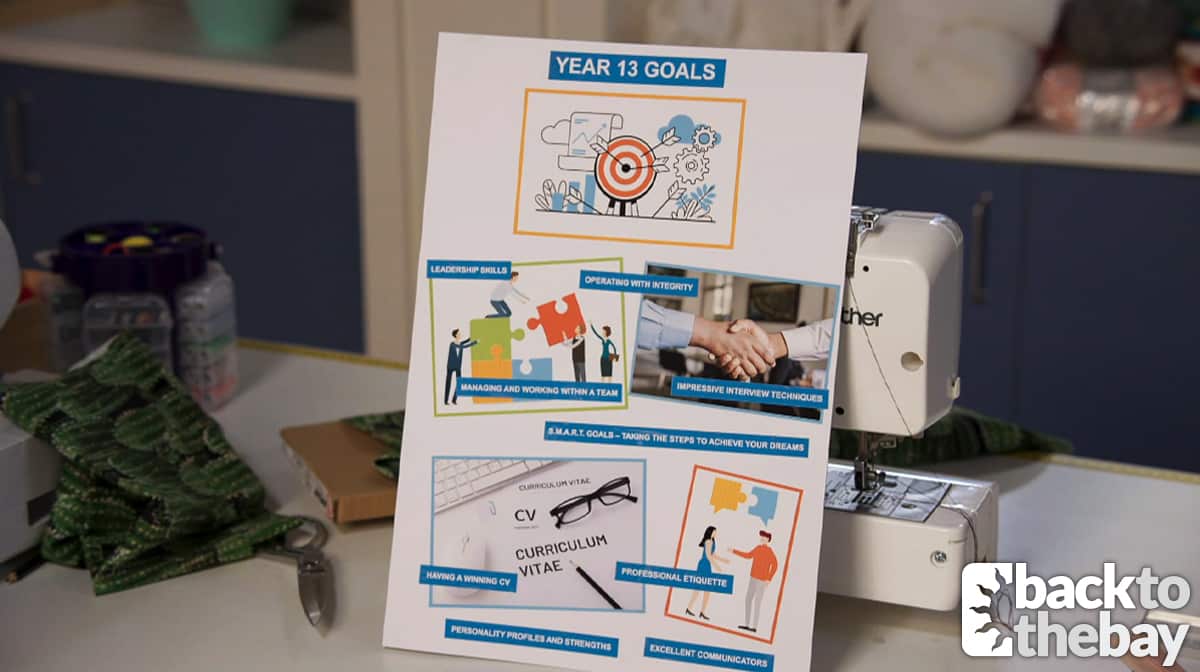 Later in the day, Jane unveils her much more muted plans for the class to Hendrix, breaking the news that their business project won’t be going ahead. Shocked, Hendrix confronts Curtis, who tells him there’s nothing he can do – the decision is Jane’s.

Hendrix tells him that he’s going to go to Susan; she is Jane’s boss after all. Despite Curtis’s pleas for him to let things be, Hendrix has already made up his mind, and knows he can convince Susan to reinstate the project. Not wanting to waste a moment, he calls in Brent to help him get a head start on moving some equipment that has been donated into their work space at The Hive.

True to his word, Hendrix talks to Susan, whose only option is to discuss it with Jane. 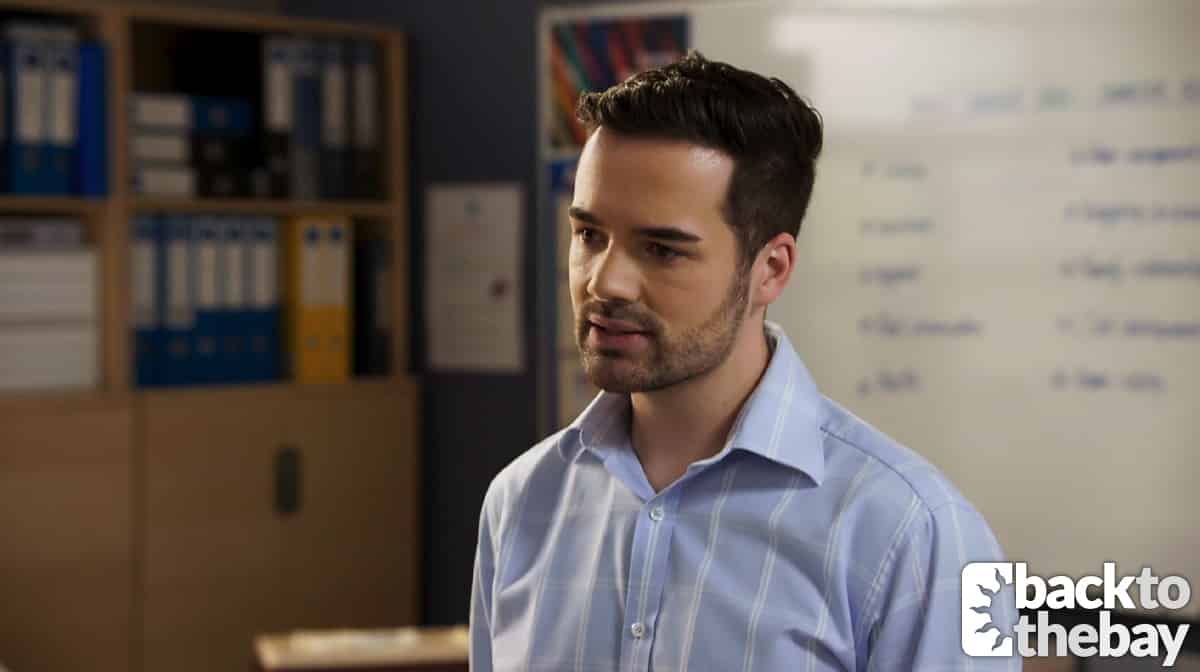 Seeing Curtis first, Susan questions whether he is using his influence with his students to get the upper hand on his colleague. His assurance to the contrary is enough. However, sensing the opportunity, he puts his case forward to Susan – isn’t the merit of the project enough to warrant Susan to side with him and the boys? Seeing his side, Susan agrees. The project is back on!

Not long after that, Jane tracks Curtis down in the Waterhole and the pair have it out. Unhappy that her newest colleague went over her head, Jane calls him out. “Are you saying I’m not putting their needs first?” she asks when he tells her what the project means to the boys. Curtis thinks the boys love it and all he was trying to do was do what he believed was best and keep them interested in the class.

Knowing her case is flimsy at best, Jane plays her trump card. “I’m the one in charge,” she tells him with a steely resolve. The gloves are off. It’s colleague vs colleague! 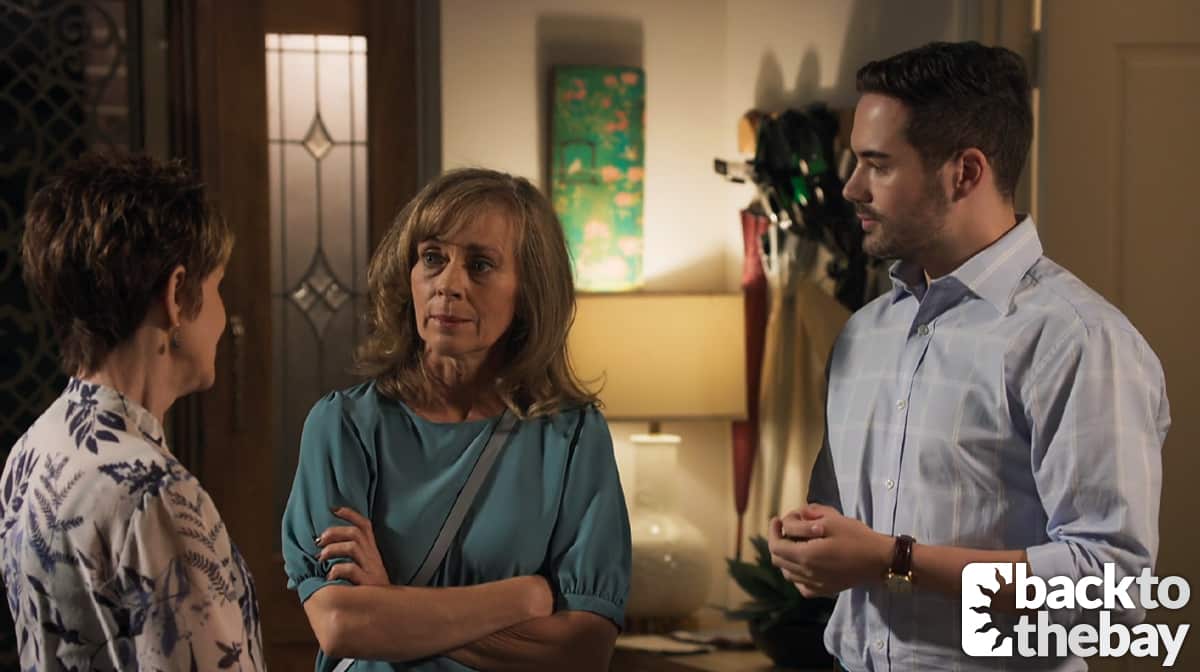 That night, Curtis pops over to No. 28 to show Susan the plans that the boys have come up with for their project. She’s impressed. However, the ambience in the room is soon marred when Jane arrives and is unhappy to learn they are discussing the Year 13 initiative behind her back. Angry, Jane demands the project be scrapped and her initial plan put back in place.

Before Susan has a chance to assuage the situation, Jane throws a grenade. Susan has to make a choice. It’s her or Curtis.

Susan’s torn. She can see where both parties are coming from and believe they both have a reason to fight for what they believe in. Ultimately, only one person can be in charge and Susan must decide. Who will she choose?

Meanwhile, all of Ned Willis’s (Ben Hall) hard work finally pays off this week as his artwork at the university is unveiled. For the last few weeks, Ned has spent time chipping away at old posters in order to create a mural for the university. 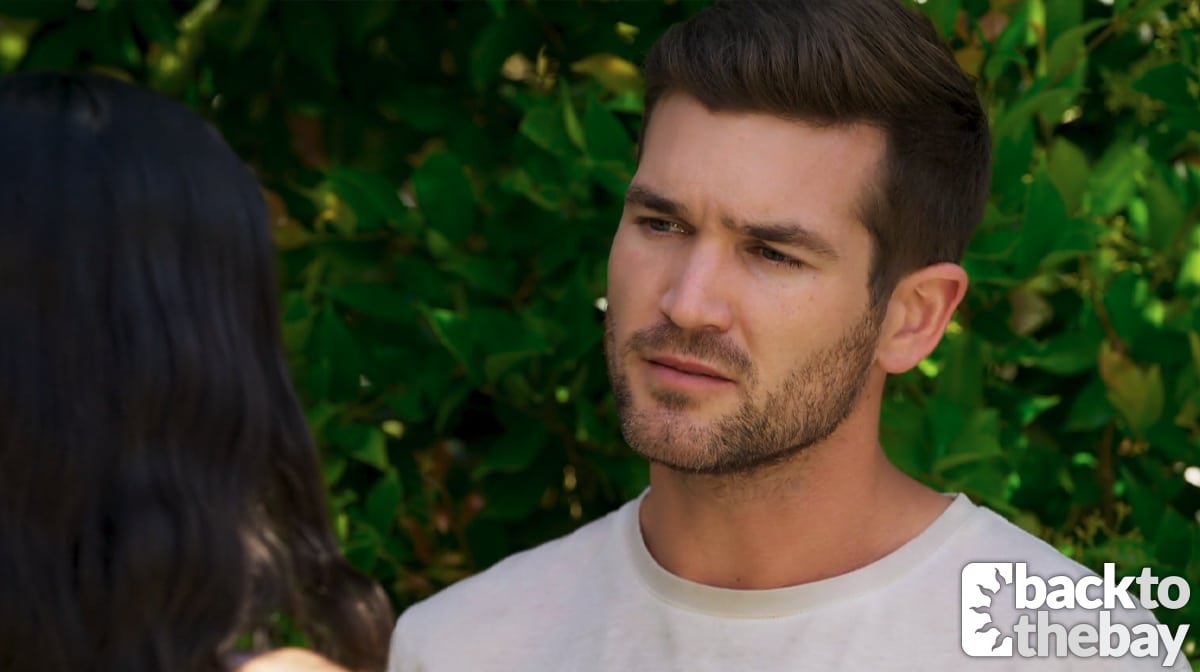 Terese (Rebekah Elmaloglou), Toadie (Ryan Moloney), Yashvi (Olivia Junkeer) and Roxy (Zima Anderson) gather at university campus to see the unveiling. When they lay eyes on it, they are in awe. 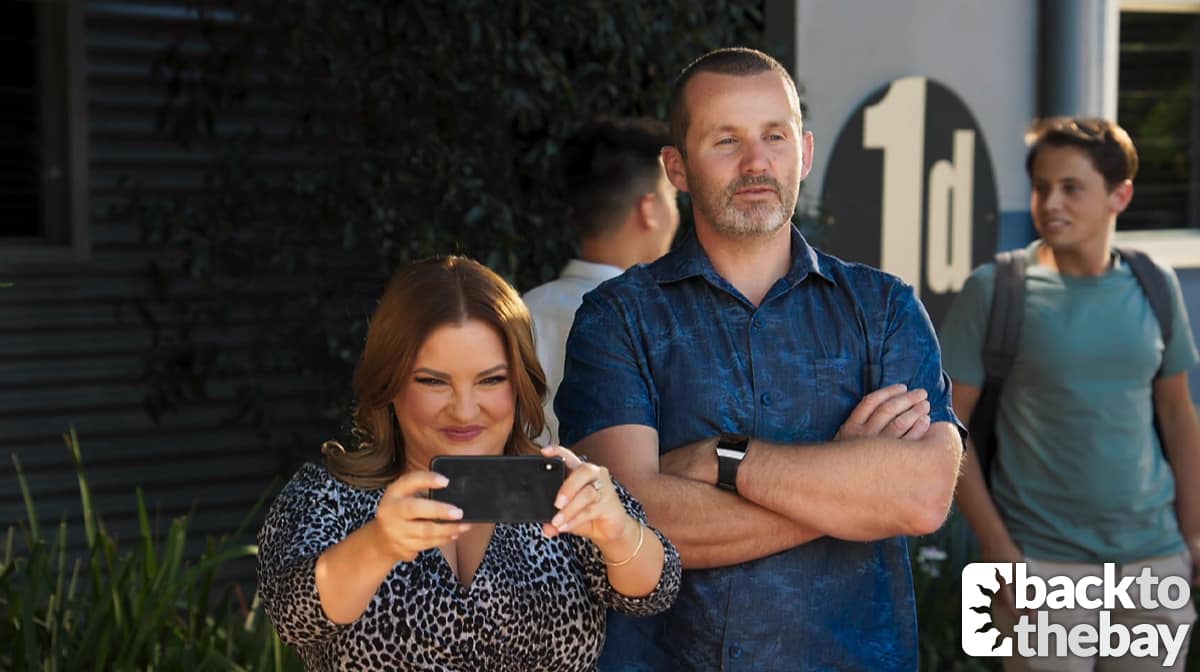 “Donna?!” Toadie exclaims as he spies Donna Freedman (Margot Robbie), front and centre of the mural. What a blast from the past! At the left side of the mural is Toadie, gracing his lucious mullet of the 90s and on the right side is Harlow (Jemma Donovan), eager to learn.

Toadie can’t believe it. As a university student, he would never have imagined that he would eventually be immortalised at the university, thanks to Ned.

It’s soon clear that the mural represents the past, present and future of the students at Eden University. 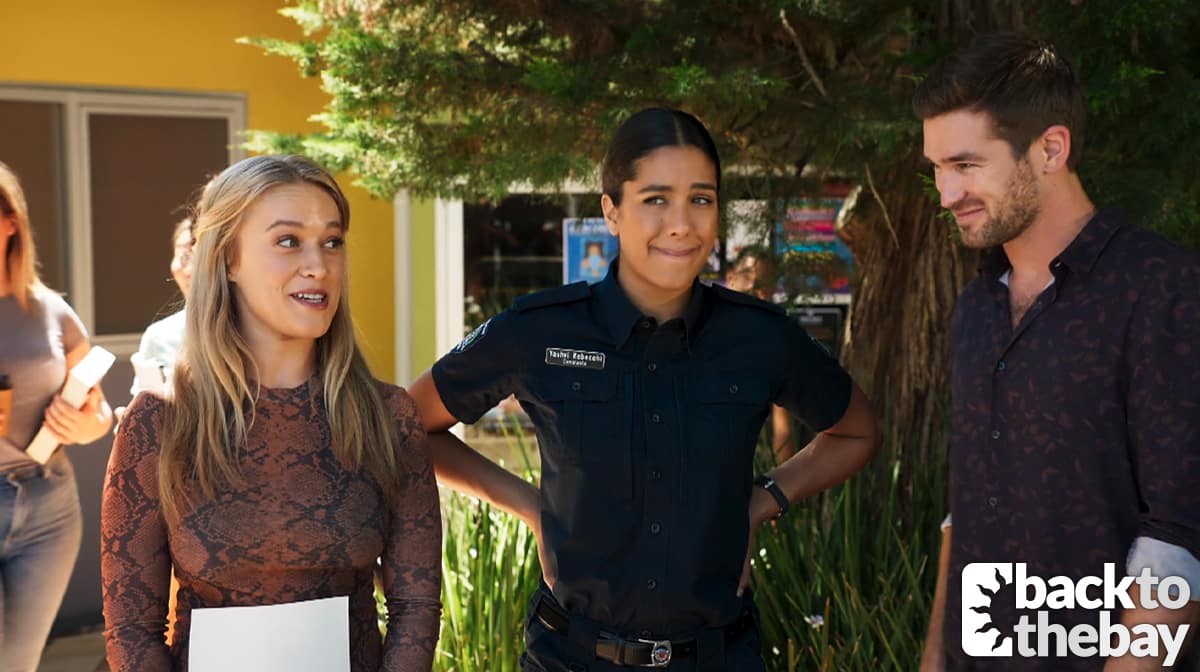 There’s smiles all around. Ned’s hard work has paid off. After a few hiccups, things are starting to finally look up for the unlucky Willis!

Featured in the mural is none other than Neighbours story editor and superfan, Shane Isheev. 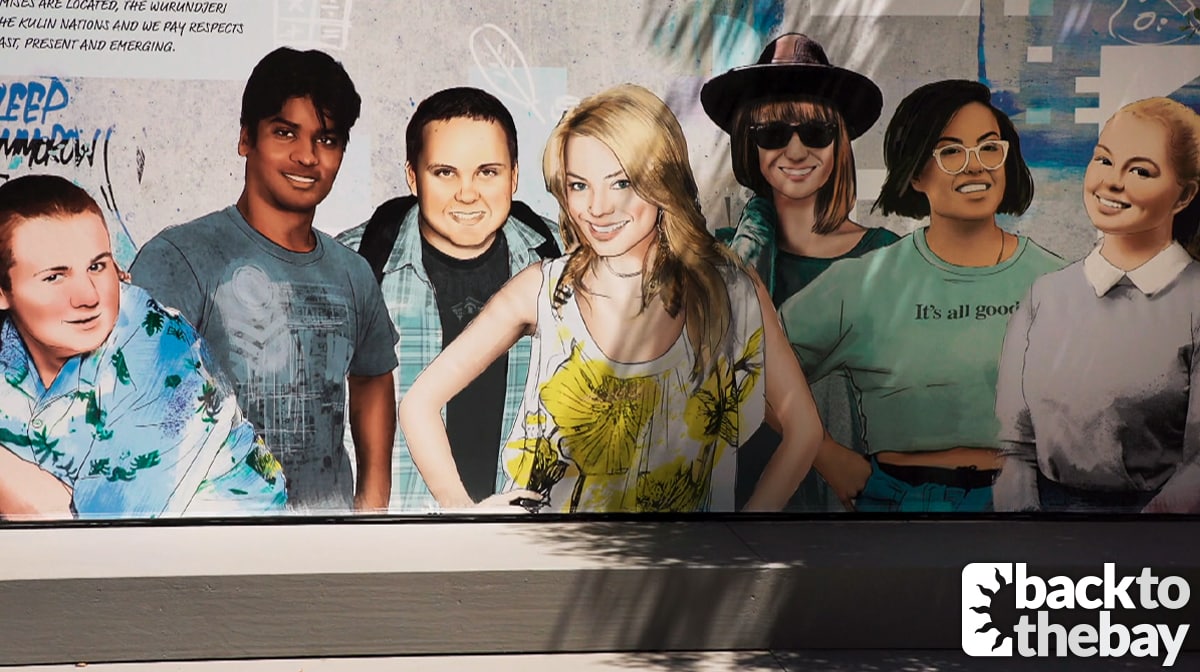 Shane can be seen third from the left, next to Margot Robbie’s Donna.

Roxy is becoming frustrated by Emmett’s constant attention and tells Aaron and David to sort it out.

Yashvi finds herself pre-occupied with worry in the wake of Shane and Dipi’s departure.

Aaron and David are furious when Brent turns up at home with no explanation after they’ve been searching for him all night.

Feeling that Curtis has disregarded her authority with Year 13 while she was away, Jane is desperate to get the program back on track and on her terms.

Aaron and David realise their attempt at a firm hand with Brent isn’t working and pledge to do better by him.

Susan refused to partake in Jane’s ultimatum and orders the two teachers to find a solution together.

Sheila asks Levi, hypothetically, about the legal ramifications of keeping goods that were shipped to the wrong person.

More patients hear about the incident with Olivia from Vera and, as a result, refuse treatment from Karl.

Paul schmoozes the newly arrived Sheila Canning, providing her with inflated truths about The Hive and his properties at Power Road.

Mortified at being caught out for accepting the misdirected packages, a remorseful Sheila is deeply apologetic and desperately attempts to fix the situation with Sheila #2.

While trying to get rid of a huge spider, Mackenzie and Hendrix find themselves in an awkward moment on the couch.

Bea’s patience wears thin as Karl continues to overstep with the podcast.

Paul is furious when he discovers that Sheila #2 has received The Hive’s unedited financial data.