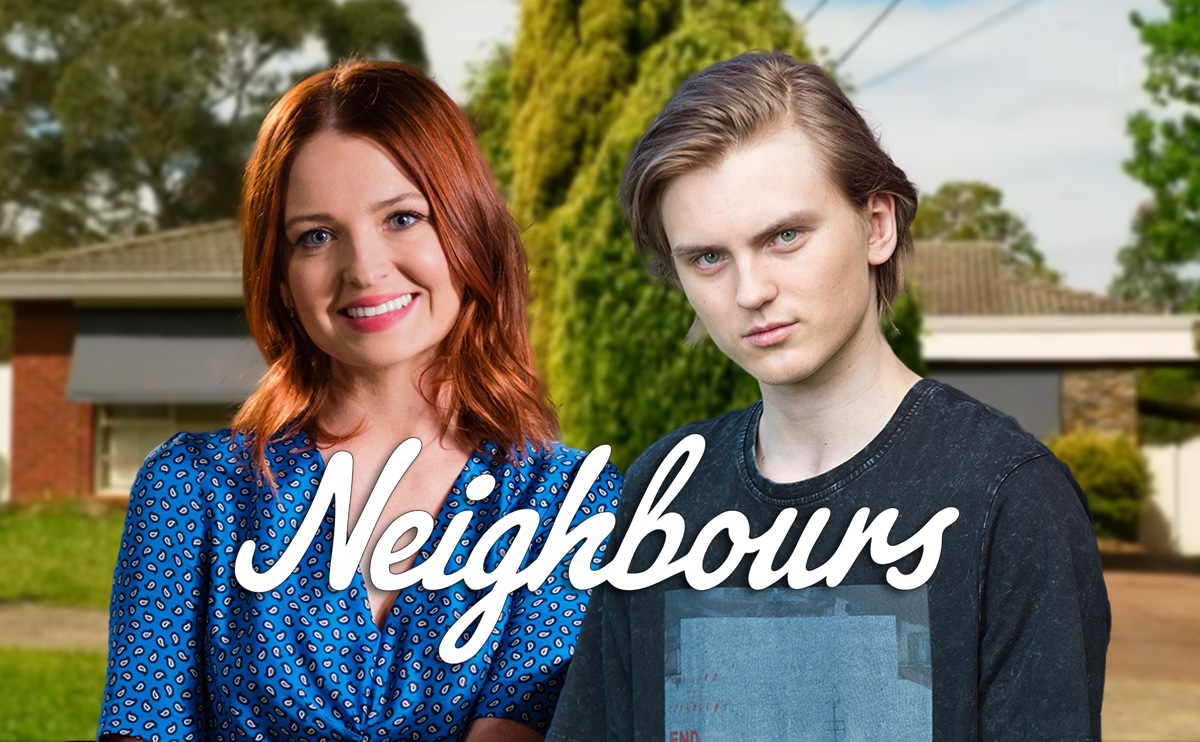 On next week’s Neighbours in Australia, Nicolette tries to stop Brent from making a stupid mistake, but ends up putting her baby at risk.

These scenes air in Australia from Monday 12th April, and in the UK five weeks later from Friday 7th May. 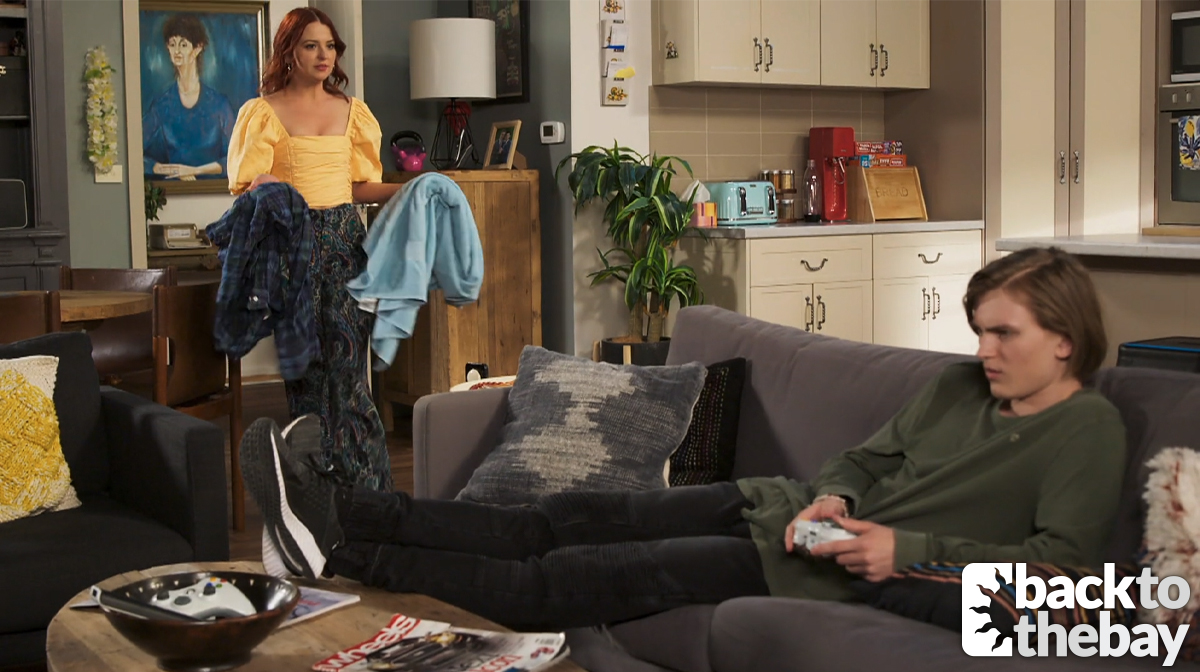 Despite getting off to a very rocky start, Nicolette (Charlotte Chimes) and Brent (Texas Watterston) eventually settled in as housemates. Nic was initially infuriated with the way that Brent treated Number 32 like a hotel, refusing to clean up after himself or contribute to household chores.

When she discovered he was carrying a blade, she was worried about the negative impact the delinquent could have on the lives of her, David and Aaron, especially with her carrying their baby. 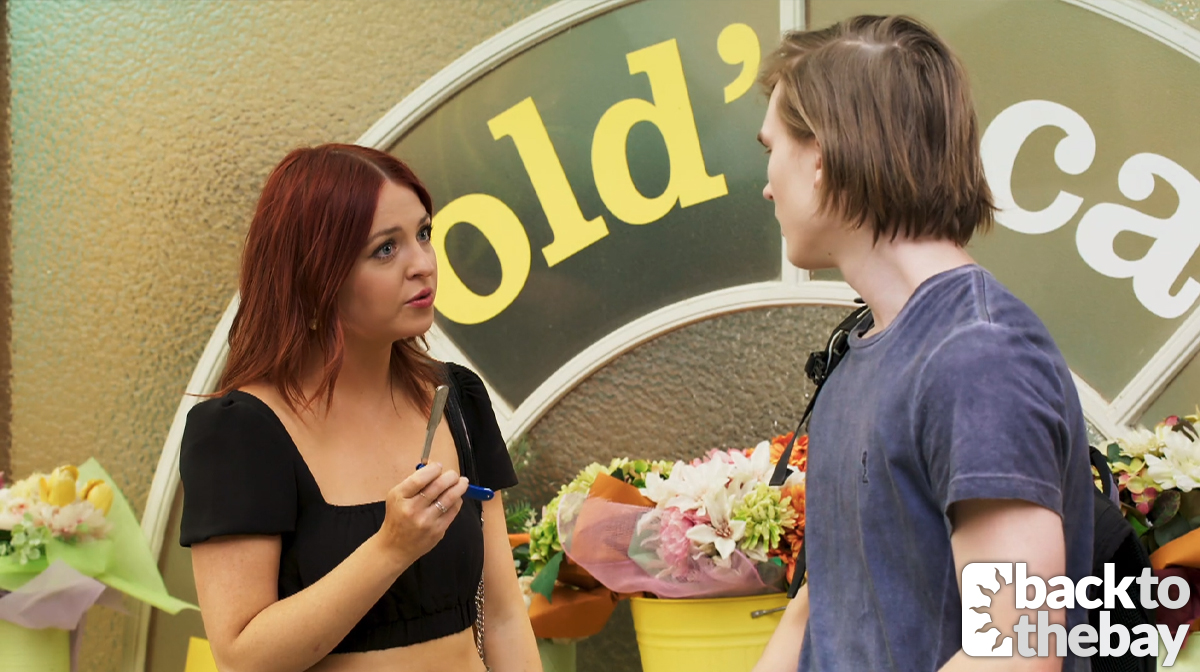 However, when Brent revealed that he carried the blade out of fear, due to the threats he’d received while living on the street, she soon warmed to him. The two grew close, and it turned out to be Nicolette’s own past which proved problematic, when her criminal behaviour threatened the chances of Brent’s brother Emmett (Ezra Justin) from moving into Number 32 with them. 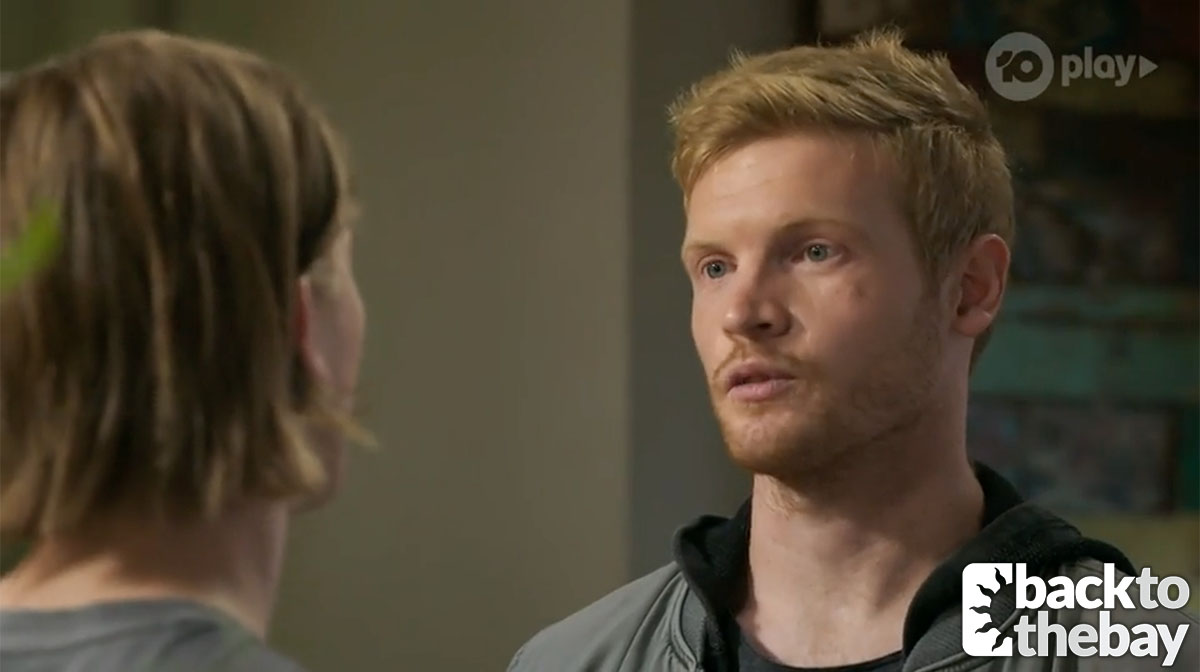 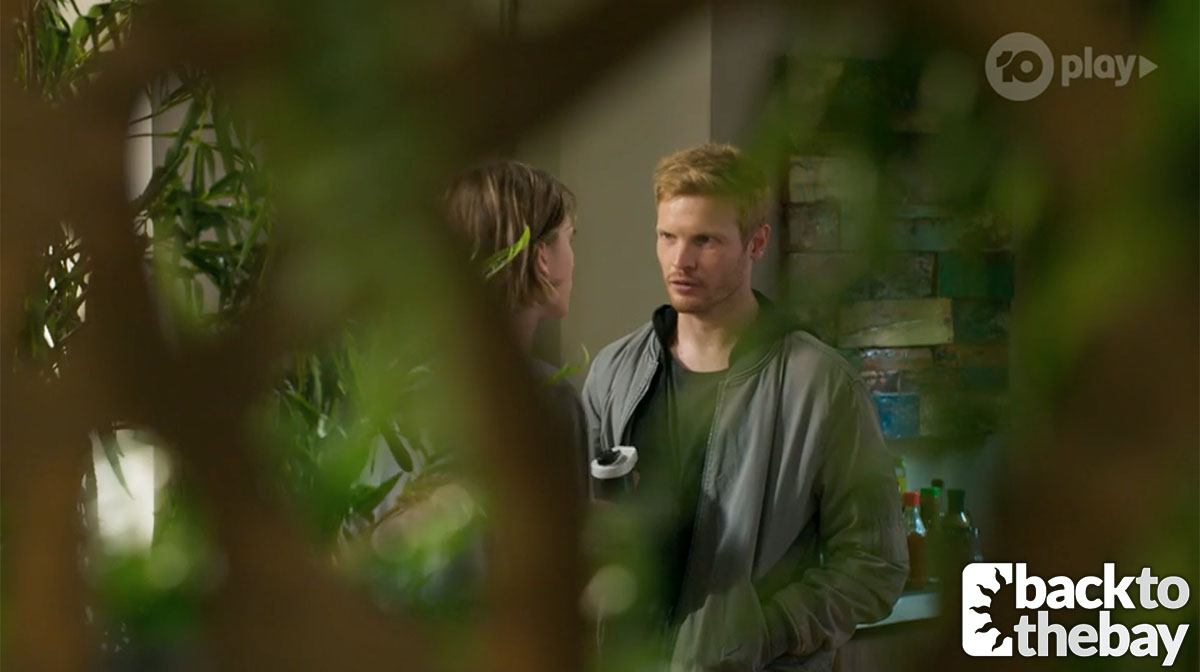 Holden has been forcing Brent to get involved in illegal activity

With that all resolved and Nicolette’s life finally on the up, they’re like one big extended family. Nicolette now gets on great with both Brent and Emmett, so when she notices the pair of them acting suss, she wants to find out what’s going on.

In recent weeks, Brent has been being tormented by Holden Brice (Toby Derrick), a gang leader he met during his time on the streets. Holden is connected to the graffiti at the university, and the attack on Roxy Willis (Zima Anderson), and is trying to get Brent back involved with his gang’s illegal activity. 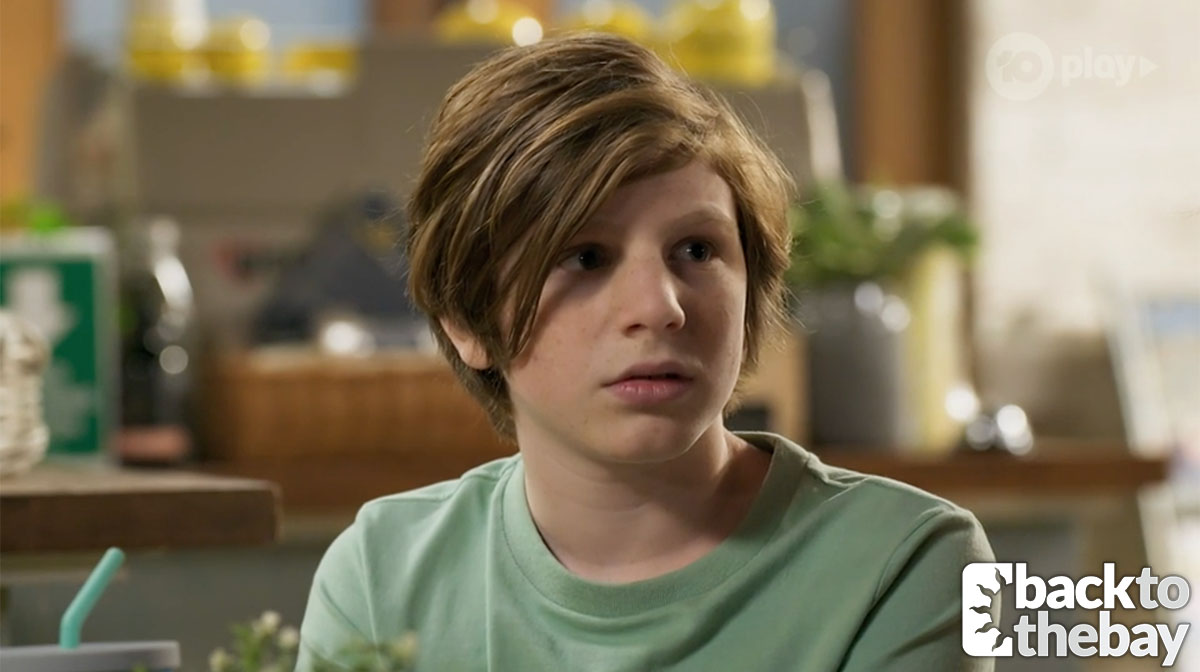 This week, Nicolette spots that the behaviour of Emmett and Brent is a bit off. Wanting to find out what’s going on, she takes a look at Brent’s laptop, and is confused when she sees that his search history is full of searches for machinery and equipment. It seems he’s trying to find out how much they’re worth. What is he up to?!

Emmett shares Nicolette’s worries that his brother is up to no good, and secretly follows Brent to The Hive to do a little digging of his own. As he peers at his brother from the shadows, he discovers that Brent has been roped in by Holden to steal power tools destined for the Year 13 classroom at Erinsborough High.

They’re being stored at The Hive, and the plan is to steal them from there and sell them on. 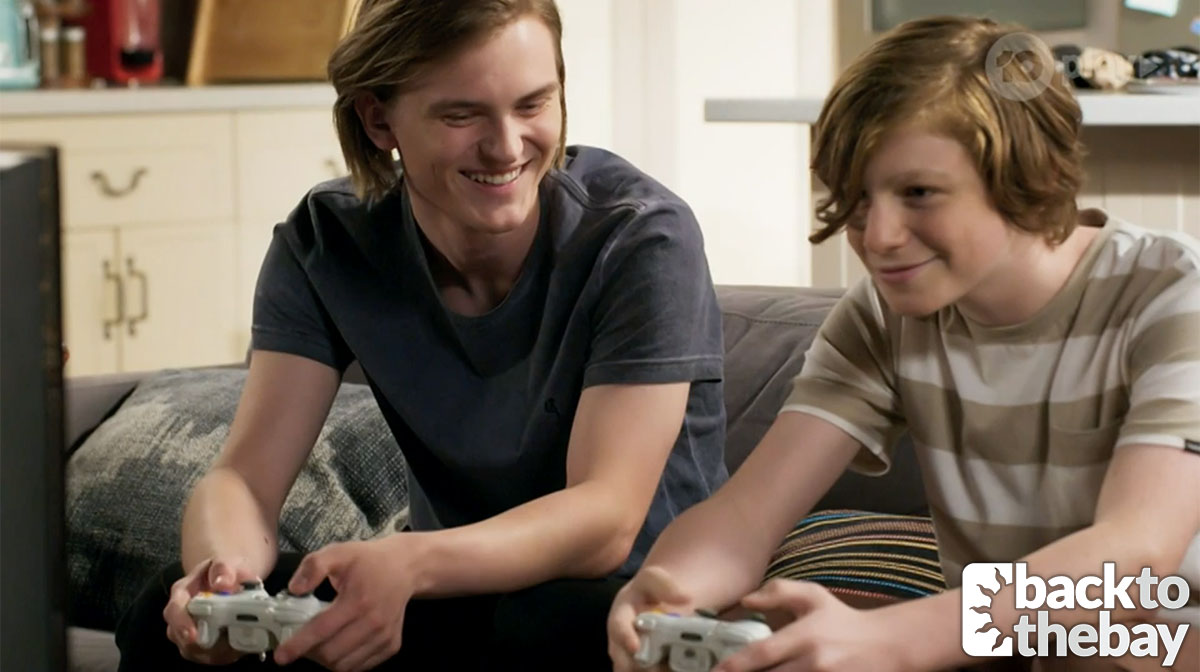 The brothers’ strong connection means Emmett knows something is wrong

Ezra recently spoke to Aussie magazine TV Week about the storyline, telling the publication that “they’re brothers, so he can tell when Brent is acting suspiciously and something doesn’t feel right.

“Brent is acting oddly around him – he knows something is up.”

When Brent spots Emmett, he isn’t happy to see him there – but the younger brother eventually manages to convince his older sibling that the robbery would be a stupid idea and not to go ahead with it. They leave gang leader Holden behind at The Hive and head off, with no idea that Nicolette is searching for them and about to walk into a very dangerous situation. 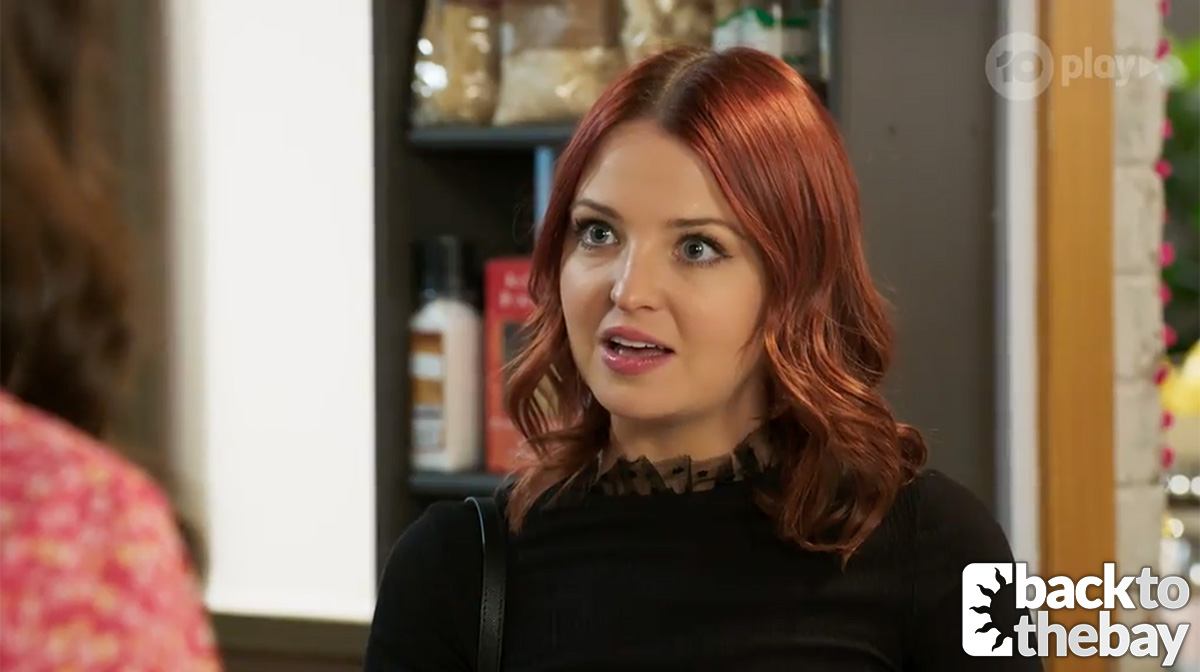 Nicolette is about to put her life in danger

Nicolette arrives at the co-working space in search of the brothers. When she sneaks in, she takes Holden by surprise.

Finding himself caught red handed, the dangerous teen makes a run for it, and shoves Nicolette out of the way. According to recent spoilers from Australian magazine TV Week, Nicolette is set to fall backwards and ends up trapped under a cabinet.

The impact takes its toll on her body, and she feels a horrific pain in her stomach. “Suddenly, Nicolette experiences an excruciating pain in her abdomen and discovers she’s bleeding,” Charlotte Chimes told TV Week. “Maternal instinct kicks in as she tries to do everything to save her baby.” 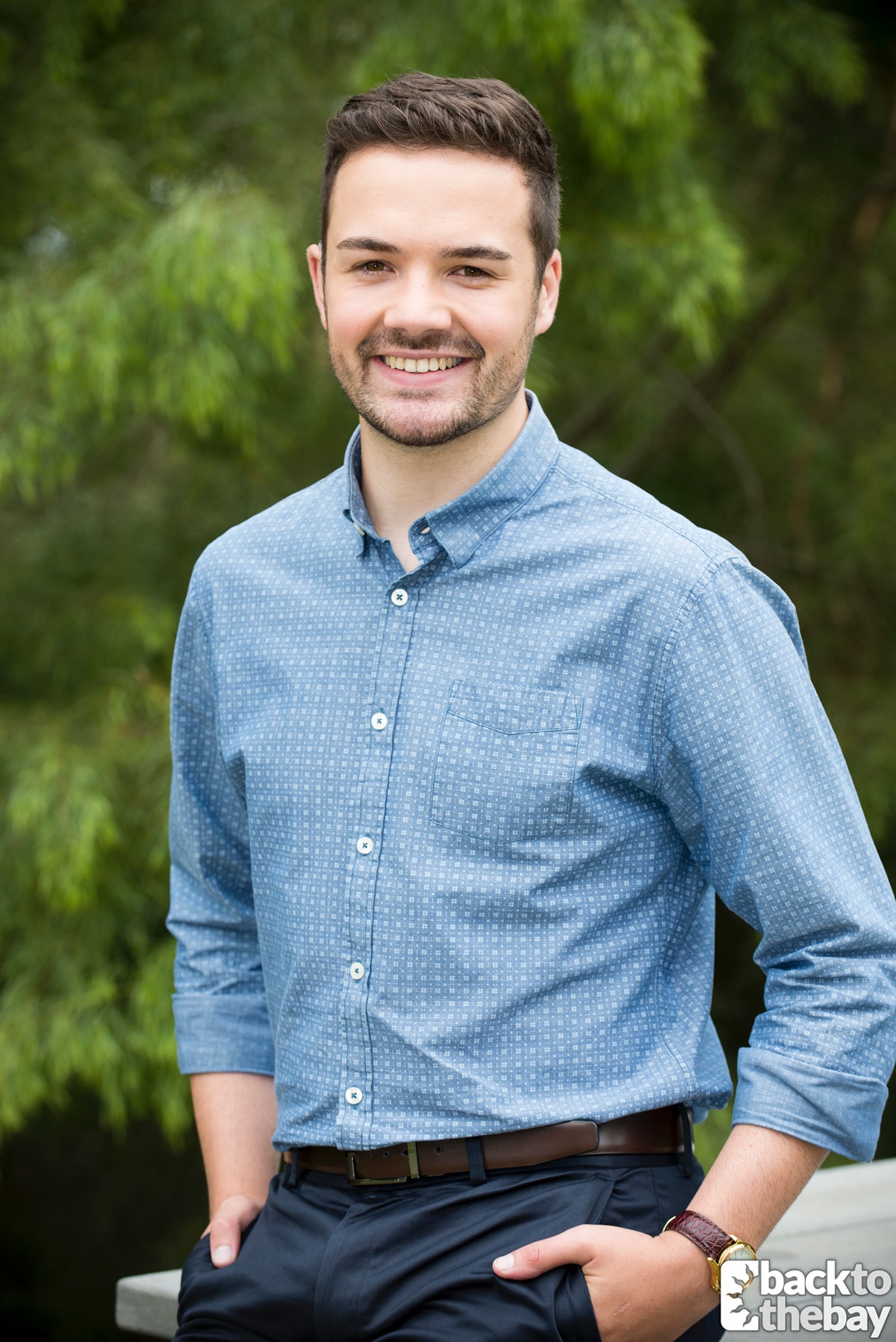 Will new teacher Curtis save the day?

Thankfully, new teacher Curtis (Nathan Borg) turns up at The Hive at that moment, intending to collect the power tools and take them back to the school. Could this be the route to Nicolette’s rescue? 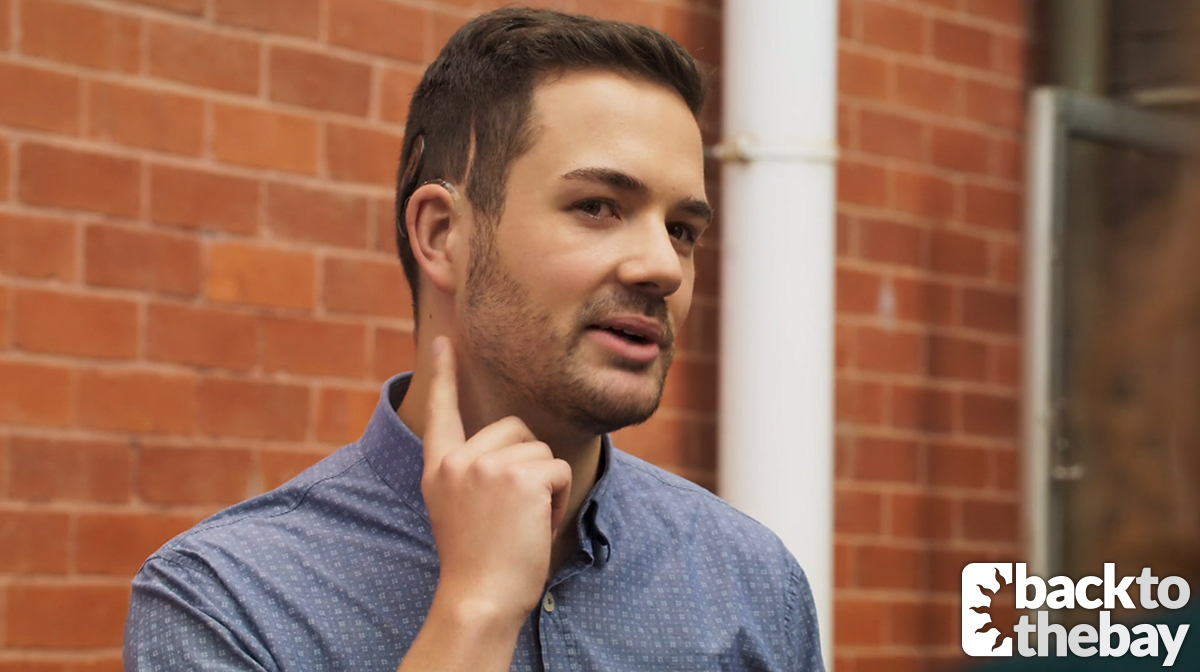 Sadly, Holden leaves two injuries in his wake. He makes a break for it just as Curtis enters, shoving him to the ground in the process.

As he does so, Curtis knocks the side of his head, damaging his cochlear implant. Without it, he can’t hear Nicolette’s terrified screams for help.

By the time Jane comes along, her daughter is unconscious, and needs urgent medical attention if she and the baby are to survive. Will they make it to the hospital in time?