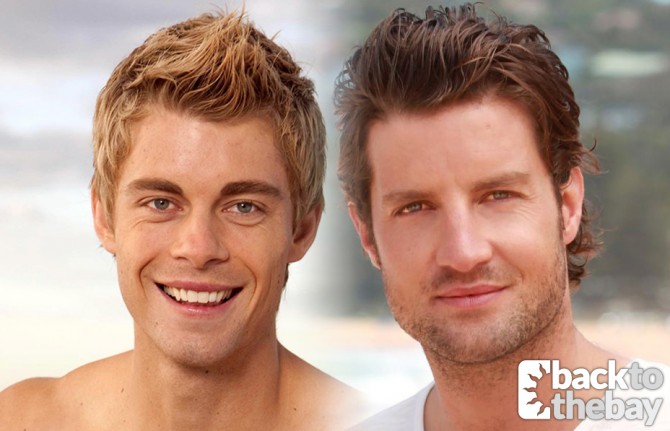 Since leaving Summer Bay together in 2013, Axle Whitehead, who played muso Liam Murphy and Luke Mitchell, who played his best mate, Romeo Smith, the pair have followed very similar paths.

Axle moved to Los Angeles, and landed the role of Davis on the fifth season of the critically acclaimed Showtime series, Shameless after 18 months of unemployment. Luke, also, moved to Los Angeles, however, he was cast in two lead roles – as John Young in the CW series, The Tomorrow People and as Jesse in the ABC series, Members Only (…which was cancelled before it went to air).

In 2014, Luke joined the cast of the ABC series, Marvel’s Agents of S.H.I.E.L.D. in the guest role of Lincoln Campbell and was promoted to the main cast for the third season.

Now, Axle and Luke reunite, with Axle having landed the guest role of James. His first episode in the role with air tomorrow in the United States, and several hours later on the Seven Network in Australia.

While the pair played best mates on Home and Away, it seems the friendship is lacking in their latest appearance alongside one another, with the first words spoken between the pair, “Take your little boy band hipster scruff and piss off.” Yikes!