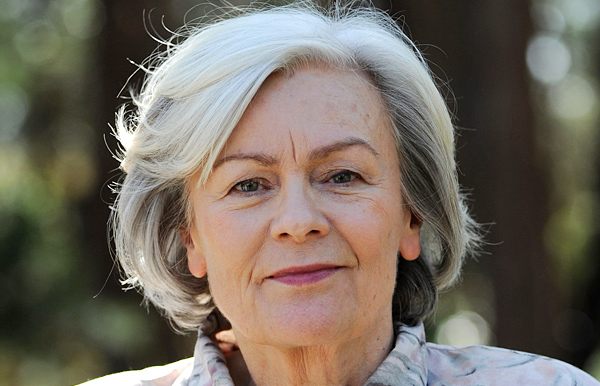 Celia is Alf’s younger sister, one of the four girls in the family. Her first appearance in home and away came as she was followed home by a dog and fell off her bike trying to get away from it. In the first few episodes she did very little except establish herself as the local busybody but really came into her own when she found out that Carly had been raped and subsequently told the whole town. Her subsequent apology fell on deaf ears with everyone blasting her for making Carly’s business public knowledge and Celia was devastated, crying regularly to Ailsa. Ailsa gave her a packet of chewing gum and urged her to chew it every time she felt the need to gossip.

On serious matters regarding her family Celia proved she could be trusted when she not only kept Roo’s pregnancy a secret but also helped her talk Frank into marrying her. She established her place in the bay by buying the general store from Ailsa and was devastated when a robbery saw her engagement ring from her dead fiance stolen. It was later returned anonymously.

She received an invitation from her parents to visit them in Tahiti and left the Bay for a brief trip, insisting on waving goodbye to everything before she left. She returned a month later, determined to help Alf and Ailsa get back together. She was prejudiced against Roo’s new boyfriend David because he was chinese and shocked to find out from Alf that he knew of Bobby’s parentage but that it was better kept a secret. When the truth was revealed she was tricked by a reporter into giving the story to the papers and Morag took revenge by moving in with her. Celia soon had enough of living with her sister and moved out.

She grew close to Morag’s butler Nigel Jarrat, over mutual concerns for Morag and offered him a place to stay when Morag turned on him but Nigel thanked her but opted to stay with Morag. she helped organise a dance contest, not knowing that it was actually a dirty dancing competition and was horrified when Fisher revealed the truth. Nigel convinced her to allow it to run and they ran an adults competition alongside so the adults could supervise. Celia was partnered with Nigel and the two got on very well but the night turned sour when the competition money was stolen. She suspected dodge was responsible and set up a ‘sting’ operation armed with a rolling pin and a mousetrap. She managed to catch Dodge in the act and he was arrested but in the process Celia made a dangerous enemy. He later returned to town and set her store on fire, burning it to the ground and killing Philip Matheson in the process. in the aftermath of the fire Celia left to stay with Barbara in the city.

She returned after a few days to find that her ‘relationship’ with Nigel was the talk of the town so she and Nigel pretended to be an item to fool everybody. Celia confided in him about her late husband Les and began to fall for him but Nigel didn’t feel the same way and left town, claiming he was reuniting with an ex. A spiteful Morag told Celia that Nigel had left because of her and Nigel later sent her a letter explaining. A gutted Celia went back to what she did best, interfering and suggested that Andrew Foley wasn’t fit to be a counsellor at the youth centre because of his drinking problem.

When he left for the city she took on the role of counsellor by herself but was tormented by Steven, Matt and Dodge. Carly insisted that the center needed a professional counsellor and pretended to be drunk causing Celia to walk out and quit her position. She provided the christening gown that caused Duncan’s allergic reaction and subsequent hospital visit and assumed that Marilyn had committed suicide. Upset at continually getting things wrong she sobbed her heart out to Andrew and Alf organised for her to take a trip to visit her parents.

When she returned she was surprised to find that Alf had done out her store for her but she was soon running scared of the summer bay bunyip. She was flattered when a scottish tourist asked to take her out but was left humiliated when he revealed he only wanted her for information. She turned her attentions instead to gossiping about Danny living with Marilyn and Morag and insisting that he had to be having an affair with one of them.

She was really concerned when Morag seemed to be being harassed by someone and agreed to move in with her but her attempt at a burglar alarm only scared Morag more and she was asked to move out again. She helped Lance and Martin with their hot dog business after it hit trouble almost instantly in return for a 90% share. Lance and Martin found Celia to be a slave driver whilst she accused them of being lazy and she threatened to sack one of them. They competed against each other to decide who stayed but when Celia finally decided to sack Lance, they threatened her back demanding that either they both stay or both quit. Celia warned them that if business didn’t pick up in a month she’d dissolve it and they’d both be fired.

When Lance and Martin tried to make additional money on the side by selling out of date sausages, they found a cat who had eaten the sausages, dead and became convinced that they had killed Celia as she had eaten some too. They spent a day waiting for her to die when she finally collapsed on them only to come round almost instantly and admit that it had been a joke to teach them a lesson about food poisoning. She was next in line for a practical joke when Emma and the other teenagers convinced her that there was ghosts at Morag’s old house. They had her so worried that she stole the holy water from the church but she got her own back after Andrew Foley discovered what was going on by pretending to be ghosts and scaring the teenagers.

She became involved in raising money for a charity to help poor children in Africa but she was left red faced when the posters for the charity contained women with bare breasts and the promotional videos turned out to be porn. She played host to Reverend Hope who came to raise awareness of the plight of the children in Africa and after seeing him off, decided that she too wanted to go and work in Africa. Alf was originally against her idea but was persuaded into supporting her by Ailsa and he said goodbye to her as she left the bay to be a missionary.

In 2000, Alf heard that Celia was held as a hostage along with the other leaders, while there was a war. Alf rushed to her aid, and managed to free her, but it was a costly business, leaving him out of pocket of $50,000.

She was seen again in episode 4000 when she arrived to attend Alf’s 60th birthday party and it seemed that nothing had changed in her relationship with Morag, who she still managed to rub up the wrong way.