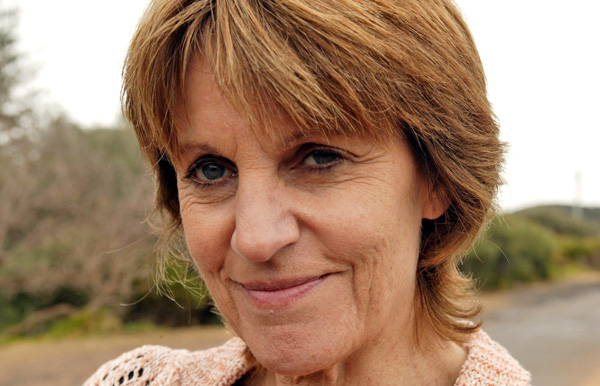 Florence White, also known as Mumma Rose or Mumma Lily, lost her son Jonah in a car accident.Her way of dealing with it was to foster a boy named Michael Abraham, drug and brainwash him into believing he was Jonah and set herself up as the leader of a cult, claiming that she and her son were divine beings and if her son had a child it would lead them into the future.She then set about finding a girl for her new Jonah to impregnate.

By the time she arrived in the area near Summer Bay, her group was known as the Believers.She met Tasha, Robbie and Martha when Jonah brought them to the camp and afterwards visited a tent containing a shrine to Tasha, saying she was just what they were looking for.She had Jonah persuade Tasha to join the commune despite her friends’ warnings and, when Robbie visited the camp to try and talk Tasha round, White pushed him into a swollen river.She tried to delay the search for him, also stealing Tasha’s mobile so she couldn’t call her friends, but Jonah disobeyed her and ordered the search anyway.Robbie was found safe and sound but was unable to convince Tasha he had been pushed.

When Rebecca Tate, someone else White had tried to make her Chosen One, got in touch with Robbie, White approved of Jonah kidnapping her and denied everything when Jack and the police visited.She was suspicious when Martha arrived, claiming she wanted to join the Believers, especially when she saw her near the hatch where Rebecca was imprisoned.When Jonah failed to seduce Tasha, White told him they needed to accelerate things.She drugged Tasha and then, possibly knowing Jonah was infertile, drugged him too so he would believe he had raped her and had another of her followers rape Tasha instead.She managed to soothe Tasha’s concerns in the aftermath, then, when she found Martha had discovered Rebecca was under the hatch, she locked her in a shed and drugged her.Although Martha eventually escaped, Rebecca had already been moved and Martha was unable to prove what had happened.

However, Tasha began to realise White’s true intention and found Rebecca chained to a tree but she was caught there by White and Jonah and locked in a barn, with the number 21006 tattooed on her ankle.White surprised Jonah trying to help Tasha escaped, so had him beaten and then declared they would both be purified by fire.Tasha and Rebecca managed to escape but Tasha was recaptured when she went back for Jonah.As White was about to perform the ceremony, Tasha called out to the Believers that she was the Chosen One and they mustn’t harm her, managing to turn them against White.At that moment, the police arrived, having been contacted by Rebecca, and White fled the scene in a car she had hidden nearby.

Despite this, White had succeeded in getting Tasha pregnant.She returned some months later and sneaked into Tasha’s house where she overheard her and Martha talking about going away.She followed them to a remote cabin where she made a few abortive attempts to abduct Tasha, including drugging Martha’s wine. After confronting Tasha, who fled from her, she sabotaged the pair’s ute and managed to capture them, locking them in a caravan, and insisting she, Tasha and the baby were going to be together.Having broken into a pharmacy, she tried to persuade Tasha to drink some diluted drugs.When she failed to co-operate, she had her followers take Tasha away, leaving Martha behind.

White set up camp in a remote house, where she had set up a nursery for the baby, and prepared to give Tasha an injection to induce labour.Tasha insisted if she gave birth without a caesarean she and the baby would die and Charity, a former member of the Believers now working as a midwife, confirmed it was true. White sent one of her followers, Jonathan, to kidnap Tasha’s obstetrician Doctor Ridley but he accidentally kidnapped Rachel instead.White told her if she didn’t perform a caesarean she’d do it herself and sent her with Jonathan to get the equipment she needed.Rachel tried to inject White with a sedative but failed and accidentally injected Tasha instead.However, Rachel had managed to slip a message to Nurse Julie at the hospital and the police arrived and arrested White and Jonathan.She remained silent as Jack and Charity told her she was going to jail and, when left alone, gave a very satisfied smile.

On 2nd October 2006, the date she had tattooed on Tasha’s ankle, White escaped and met up with Charity, who had only pretended to turn against her and had kidnapped Tasha’s daughter Ella.White prepared to cleanse Ella with fire but Charity, arrested while getting supplies, had a change of heart and told the police where to find her.The police descended on the scene, followed by Tasha, Robbie, Martha and Irene.White took refuge inside the house, taking Ella up onto the balcony and saying she would only talk to Tasha. When Tasha agreed to meet her, she locked them both in the room.Tasha flattered her into putting Ella down but when Jack and Lara tried to enter the room White tried to grab her again.She ended up tussling with Tasha and falling out a window, being left clinging to the window ledge until Jack and Lara managed to get in and pull her up.Her failure left her in a catatonic state and she was sent to a secure psychiatric facility.