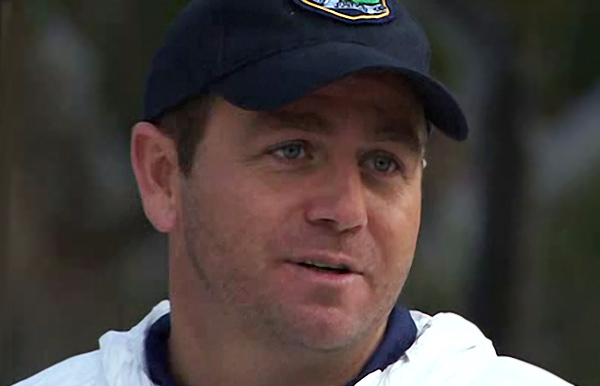 Neil was in charge of the forensic investigation of the development site after Jack was killed. Under pressure from Charlie to find evidence of the killer, he repeatedly stressed that such searches could take months and were often unsuccessful, informing her that they had only found nuts and bolts. He eventually arrived back at the police station with a bullet and analysis showed that it had Jack’s blood on it and came from the same type of gun as Angelo’s.