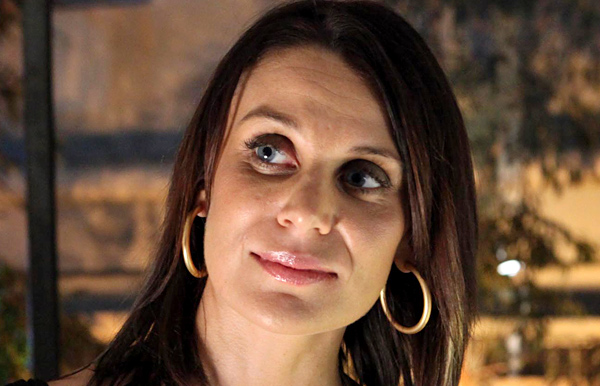 Nicole Franklin’s dreams seemed to have come true when she heard that Britt Hobart, her favourite fashion designer, was going to be teaching at school for a semester. She went all-out to impress her and was seemingly rewarded when Britt was impressed with the work she’d done, especially her fabric choices, and offered her an internship with her. However, Nicole soon became disappointed as the internship consisted of getting coffee and lunch orders and listening to Britt moaning about her boyfriend Rodrigo and how hard the work was, with no design work.

Nicole was given a chance to step up however when Britt’s swimsuit range was rejected. Nicole showed her some designs she’d done and Britt was impressed, pulling an all-nighter to work on them with her. Once Nicole was gone however, Britt signed her own name on the designs, then rang up a buyer saying the designs were her’s. She told Nicole the designs had sold and invited her to a party to celebrate. However, Nicole was left standing on the sidelines and serving food as Britt passed the designs off as her’s to one of the guests, Thalia Montclaire.

Nicole had little legal option open to her, since she had signed a contract giving Britt ownership of any designs she did while working with her, but felt cheated out of the credit. She began avoiding Britt who showed no sign of thinking anything was wrong, encouraging Nicole to come back and work on designs with her. However, when Nicole challenged her about the designs, Britt insisted that she’d made alterations to them and thus they were her designs. She called Nicole a lying backstabber, ending her internship. In response, Nicole told the rest of the fashion class what had happened and led them in a walkout. Britt resigned from the school soon after.