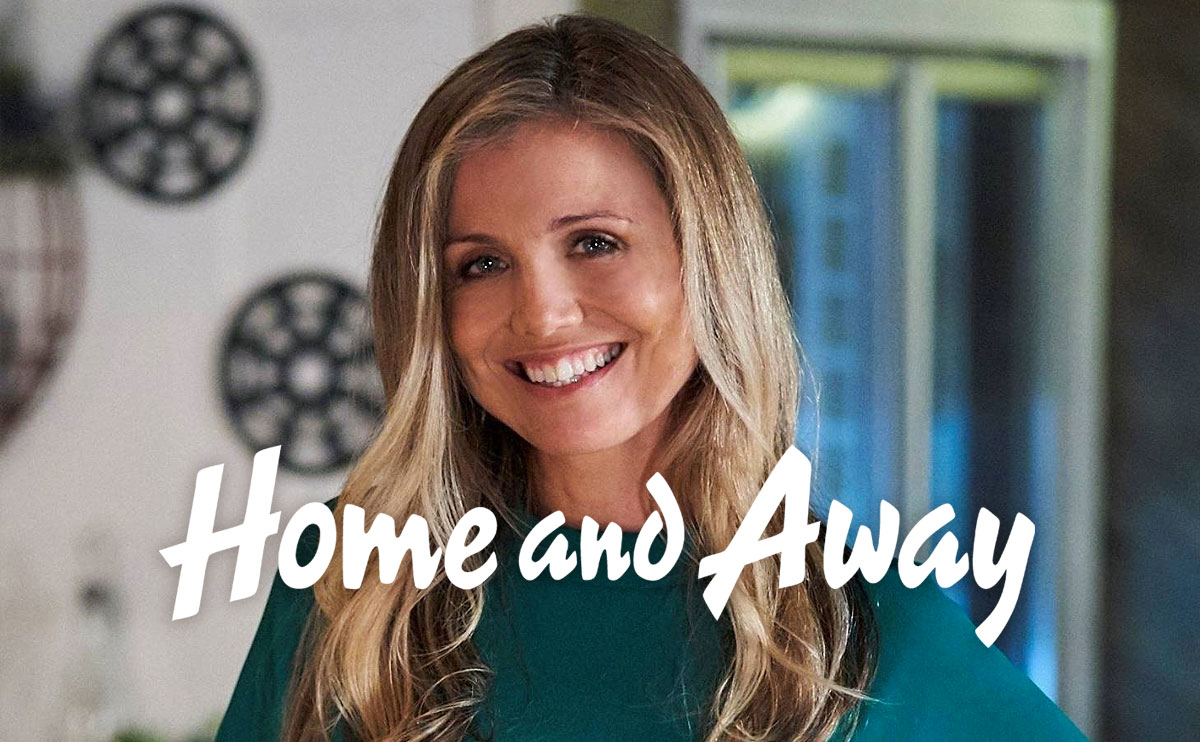 The identity of the body in the bay has been revealed in this week’s Home and Away in Australia, and it is the one and only Susie McAllister. She’s made plenty of enemies, not many friends, and it looks like her death wasn’t an accident – just who killed Susie? 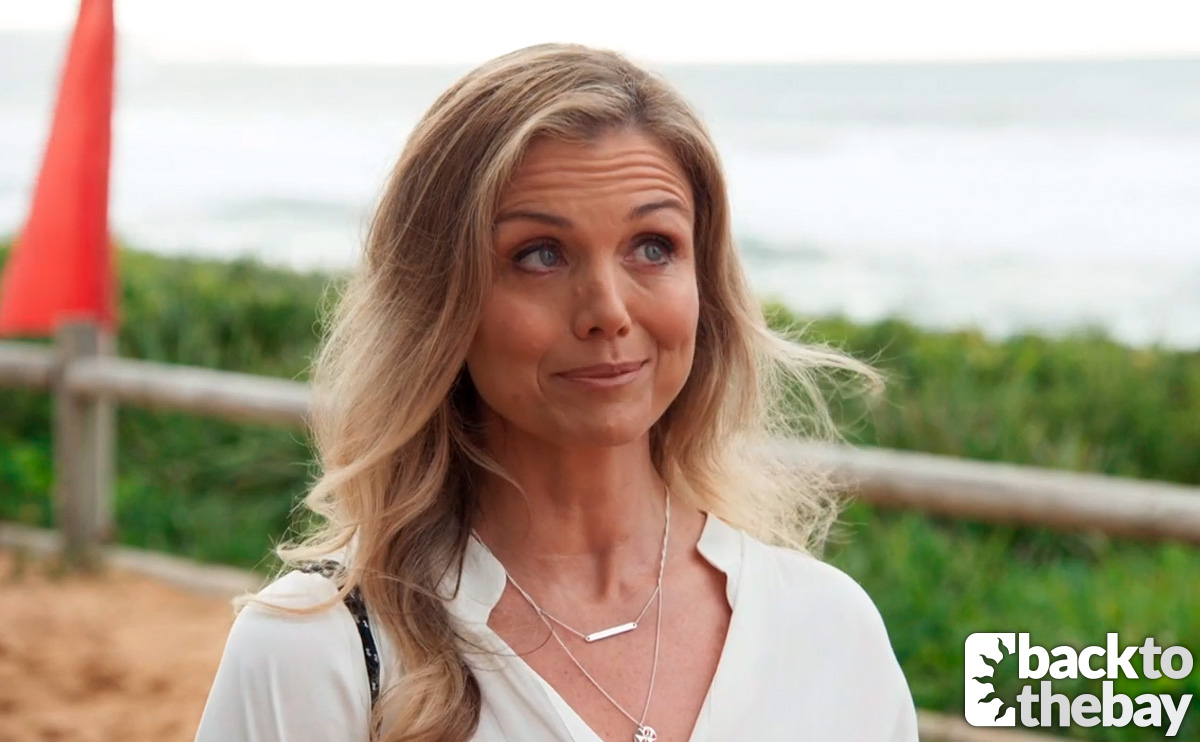 You probably don’t need any reminders as to Susie McAllister’s (Bridie Carter) history in Summer Bay.

Her brief time in the bay saw her scam Leah (Ada Nicodemou) and Justin (James Stewart) out of their hefty house deposit, organise a surf competition at the Surf Club solely for the benefit of pocketing the fundraising money, and she also tricked poor John (Shane Withington) into thinking she was romantically attracted to him. 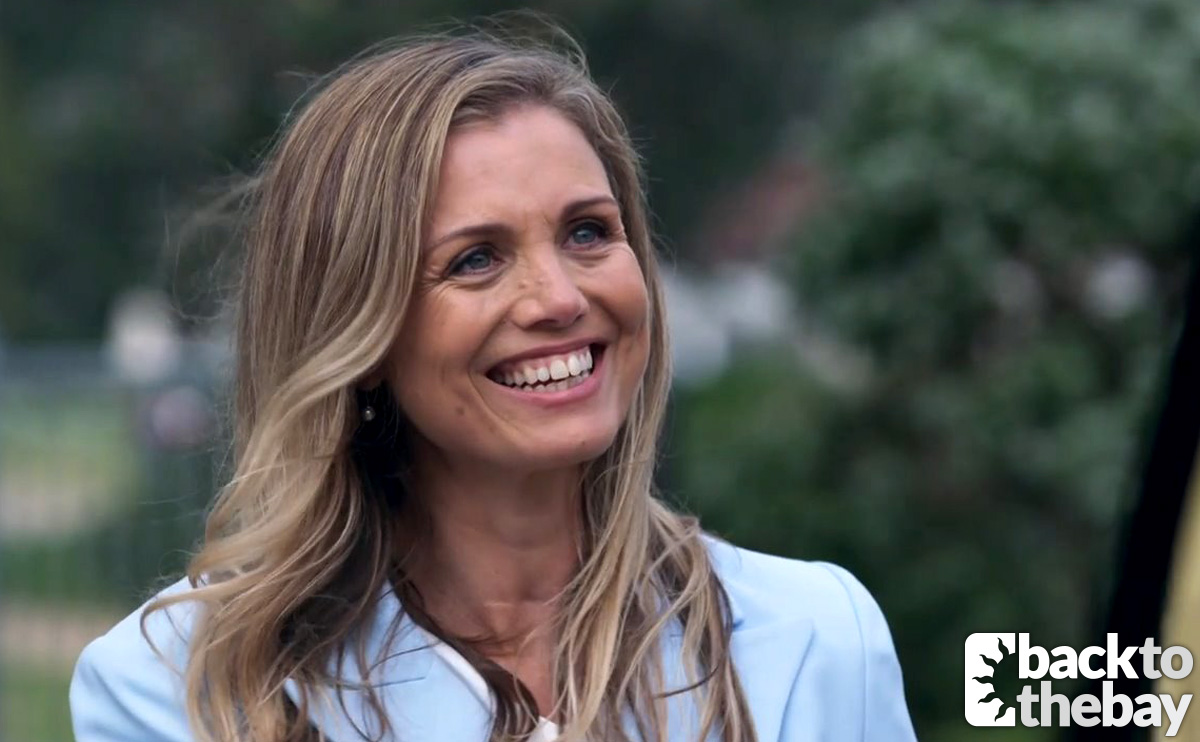 She left Summer Bay at the end of March, driving off moments after knocking out Irene (Lynne McGranger), and leaving the beachside town with an almighty mess to sort out.

While John has been left heartbroken and embarrassed, Leah has been left angry, and has devoted much of the last 2 1/2 months to tracking Susie down. Recently, she enlisted the help of Stephen (Bren Foster), another of her past victims who she met online, but they’ve hit dead end after dead end. 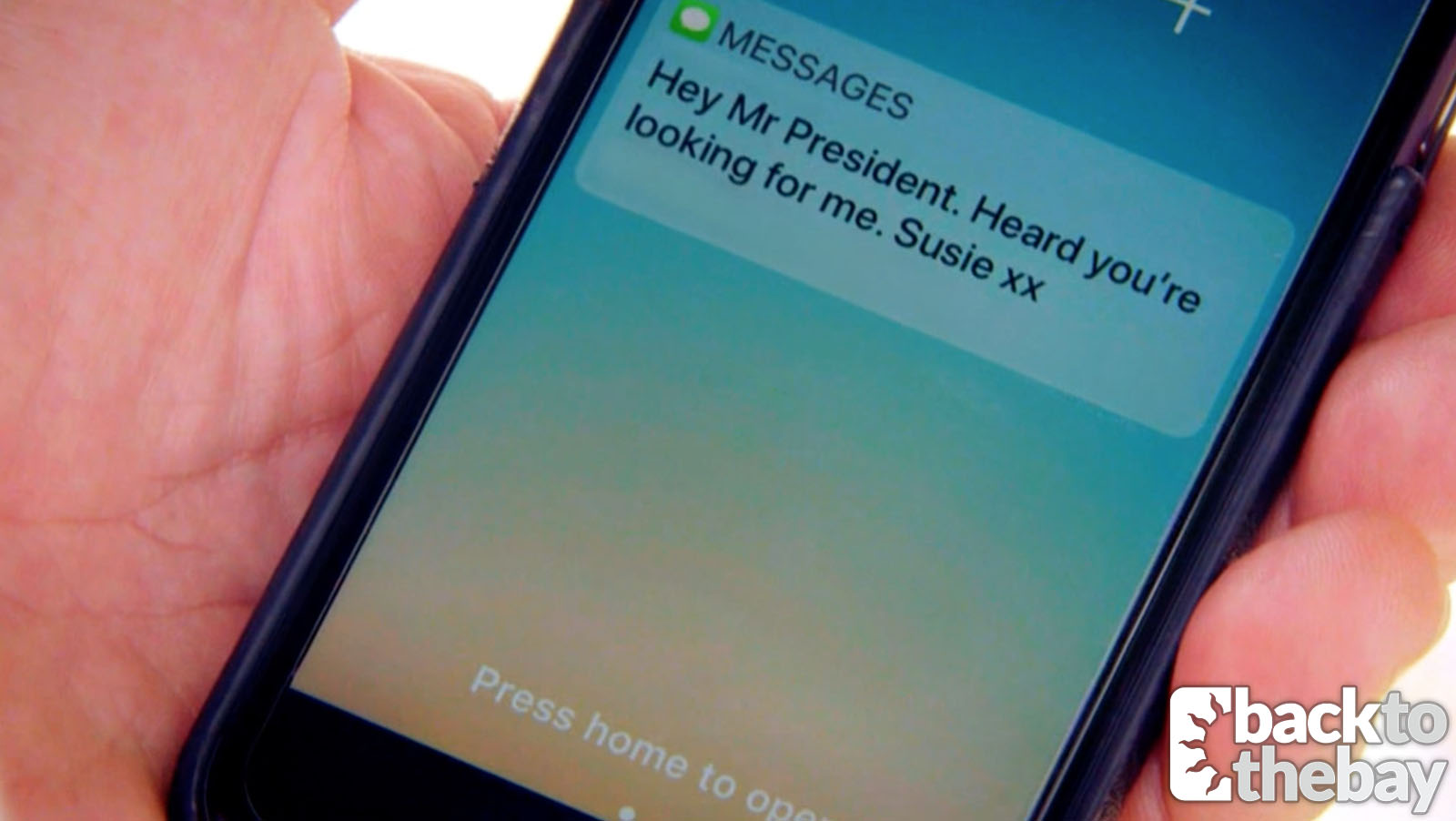 Recent weeks have seen Susie supposedly get back in contact with John, sending him a text letting him know that she’s heard he’s been looking for her. John attempted to organise a meetup, but she failed to show after seemingly getting wind that Leah and Stephen were there too.

One of the big questions is just how did Susie know that John was looking for her? After all, it was Leah who has been all over the forums, not him. 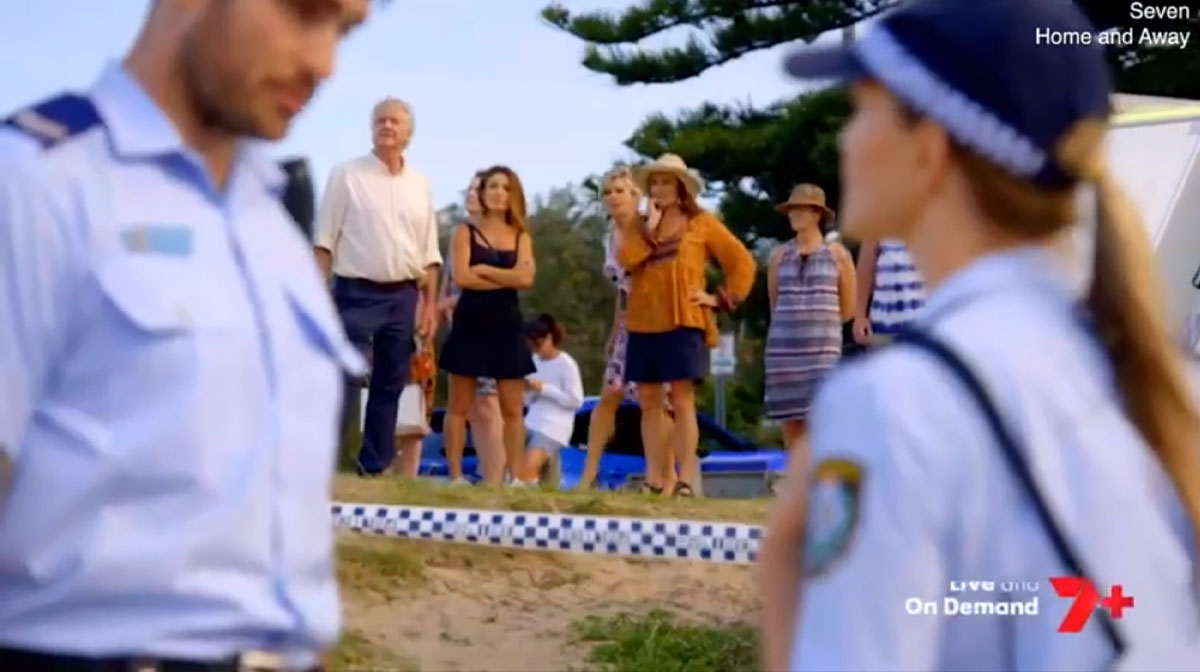 Now, in shocking scenes, a body has been discovered in the bay. While Dean (Patrick O’Connor) has been convinced that it’s Mackenzie (Emily Weir), who went missing last week, nobody suspected the body’s real identity – Susie! 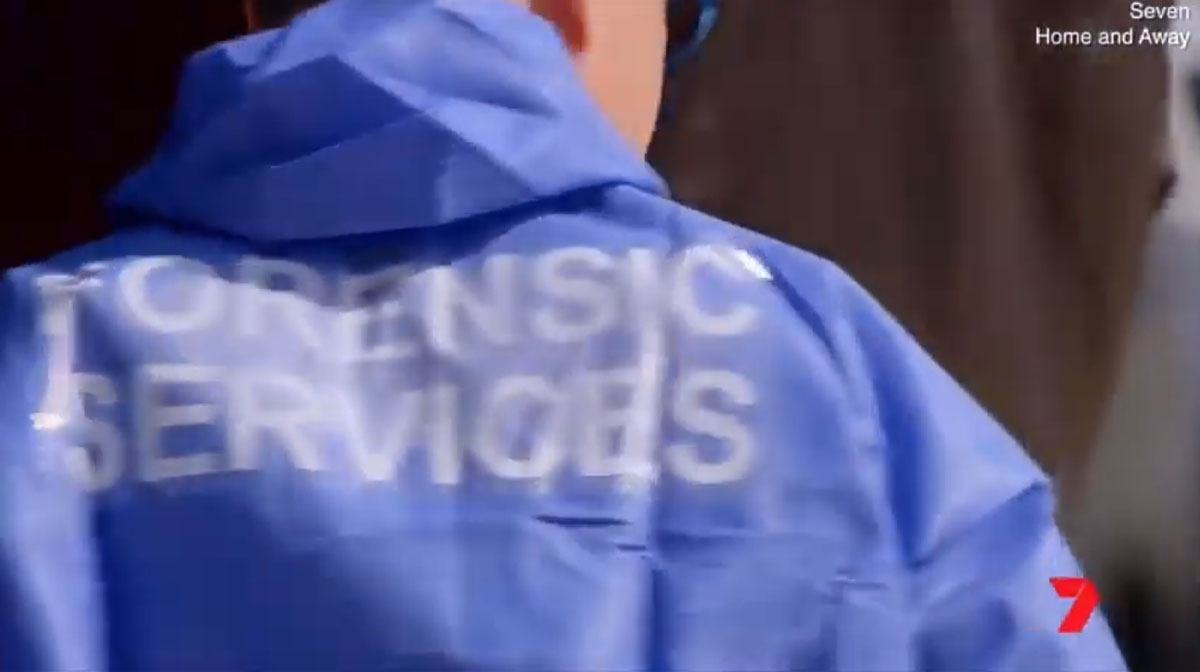 New cop Senior Constable Cash Newman is on the case, and is determined to get to the bottom of how her body ended up in the water. He may not know the residents of Summer Bay very well, but it won’t take him long to discover just how many enemies Susie had.

Which leaves us with just one big question. Presuming her death wasn’t of natural causes, just… 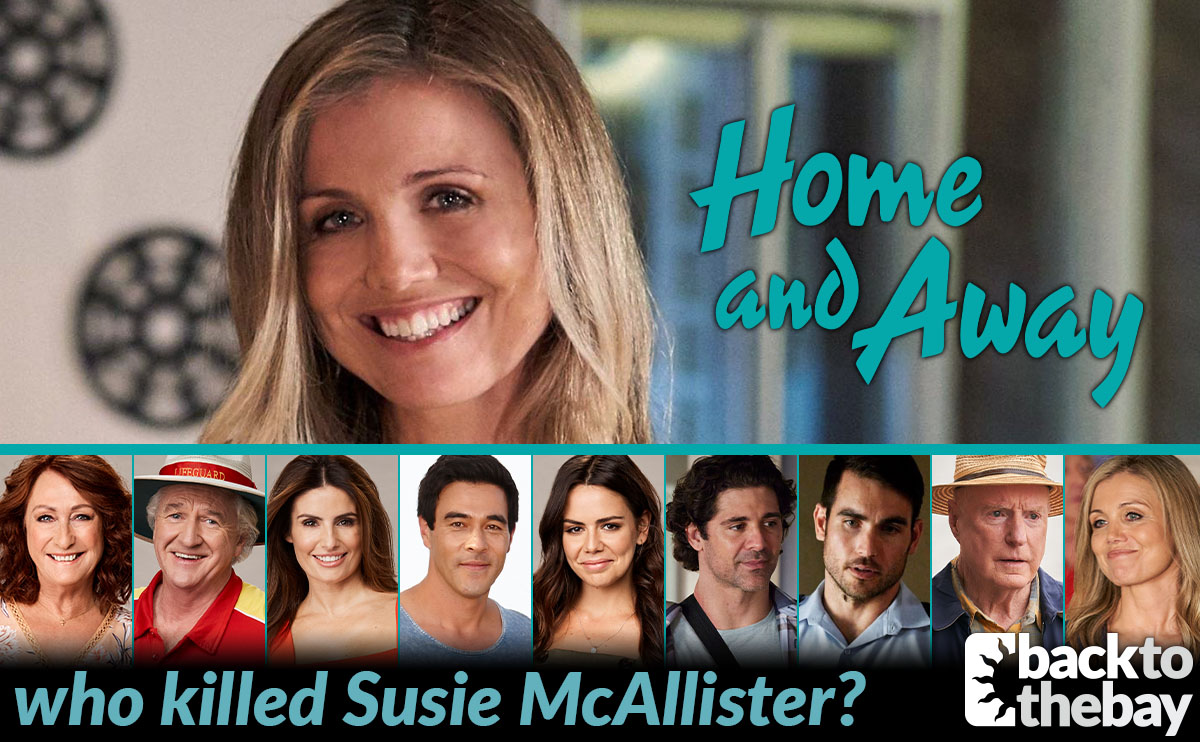 Really, there are four main suspects – Irene, Leah, Justin and John. But did one of our favourites really kill Susie? Or is it someone we’d never suspect?

Let’s have a look at our options. 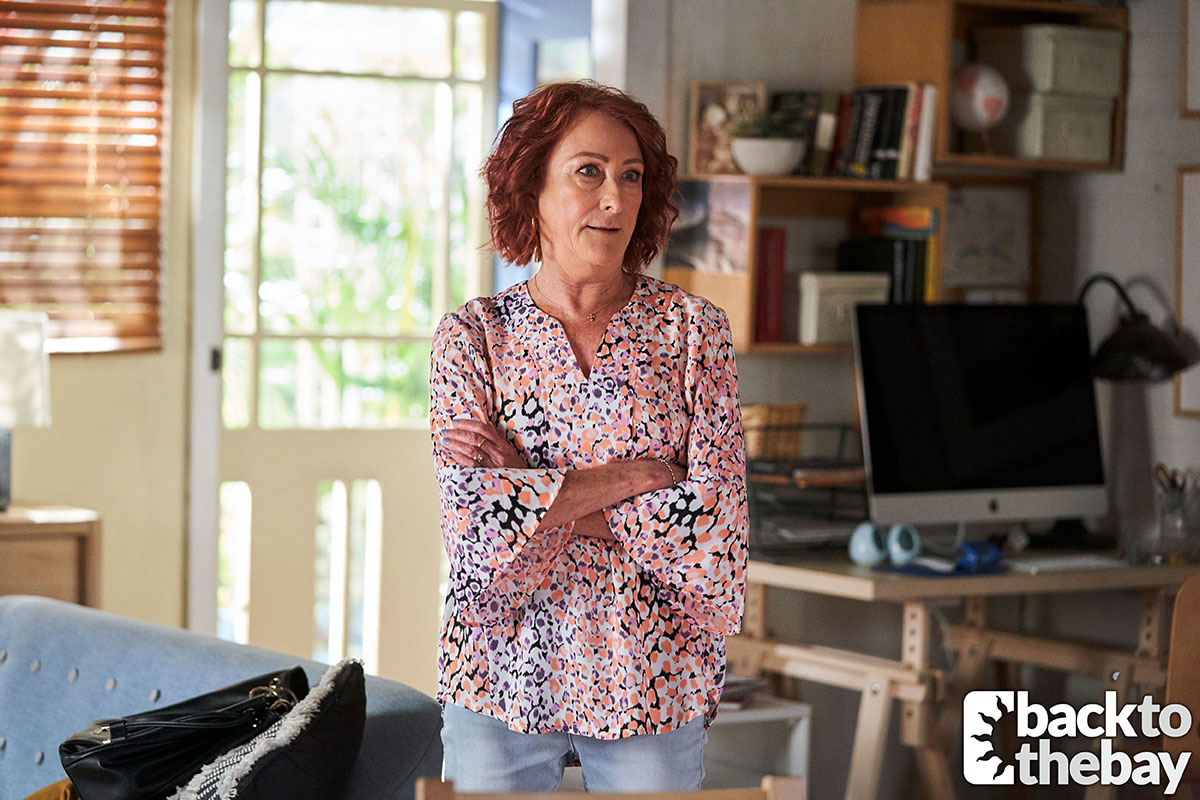 Irene is an obvious suspect in Susie’s murder. After all, she was the only one who suspected Susie was up to no good from day 1. As such, she inadvertently made herself Susie’s enemy #1.

The scamster knocked Irene out with chloroform before making her exit, just weeks after attempting to spike her drink. Why would anyone not want revenge on someone who was so hell bent on harming them?

Irene been suspected for a number of murders in her time in the bay, including that of Mud Roberts, Angie Russell, Lou DeBono and Charlotte King. She was most recently was arrested for landing Tommy O’Reilly in a coma after he forced himself upon Bella.

It’s no wonder that the police want a word with her in the first of Thursday’s episodes. 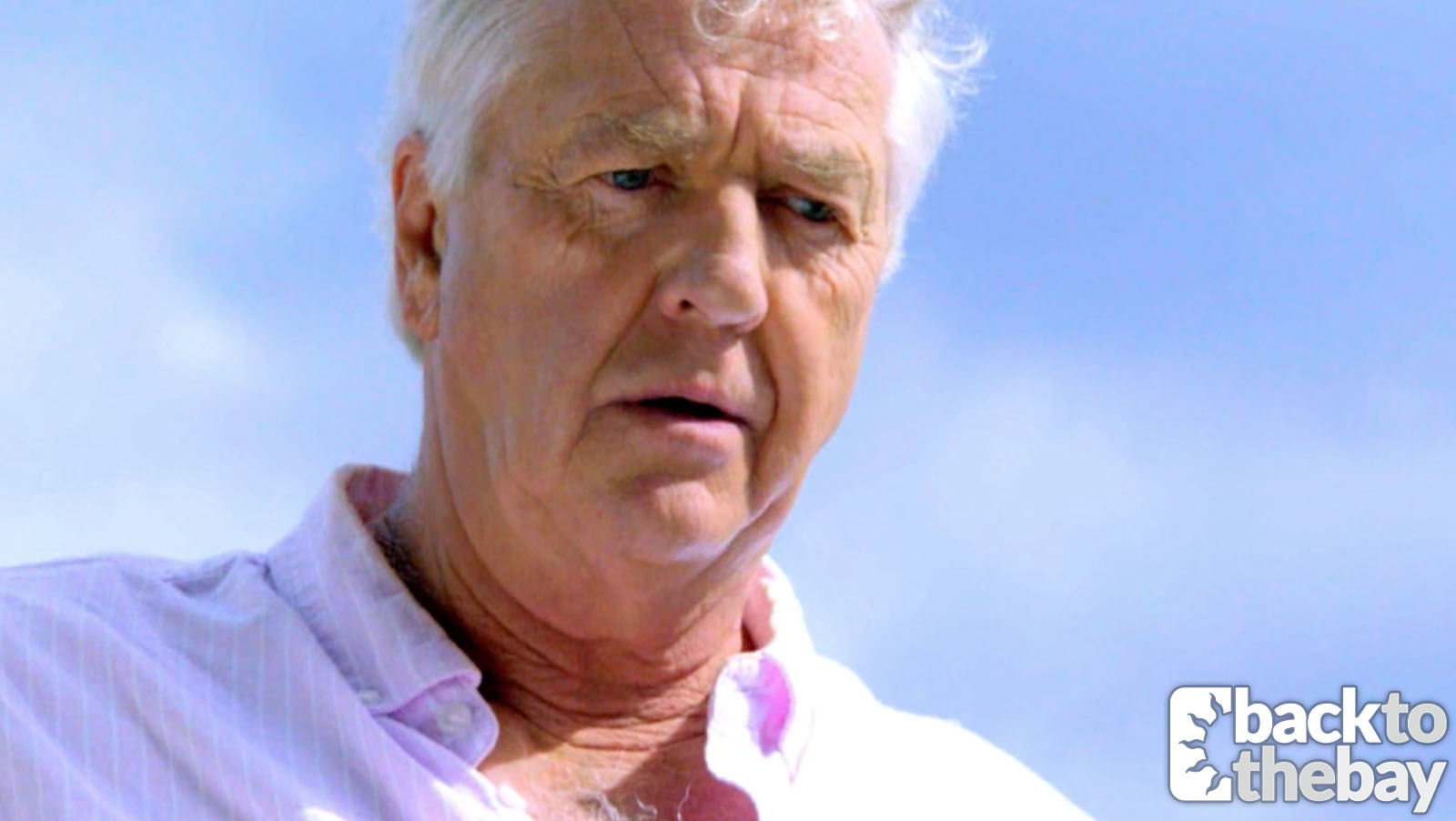 John, John, John. Poor, sweet John. He may have suffered a big emotional knock when he realised Susie was only with him for his access to the Surf Club accounts, but he’d never take things this far, right?

Oh wait, is this the same Palmer who launched a number of arson attacks across Summer Bay back in 2016, resulting in a massive bush fire? Oh, yes, yes it is. His spell of fire starting turned out to be the result of a behaviour-altering brain tumour, and he soon returned to his normal loveable, though slightly blunt, self.

Is his criminal behaviour firmly in the past?

He’s set to be interviewed by the police on Wednesday. Whether he’ll have a decent alibi remains to be seen. 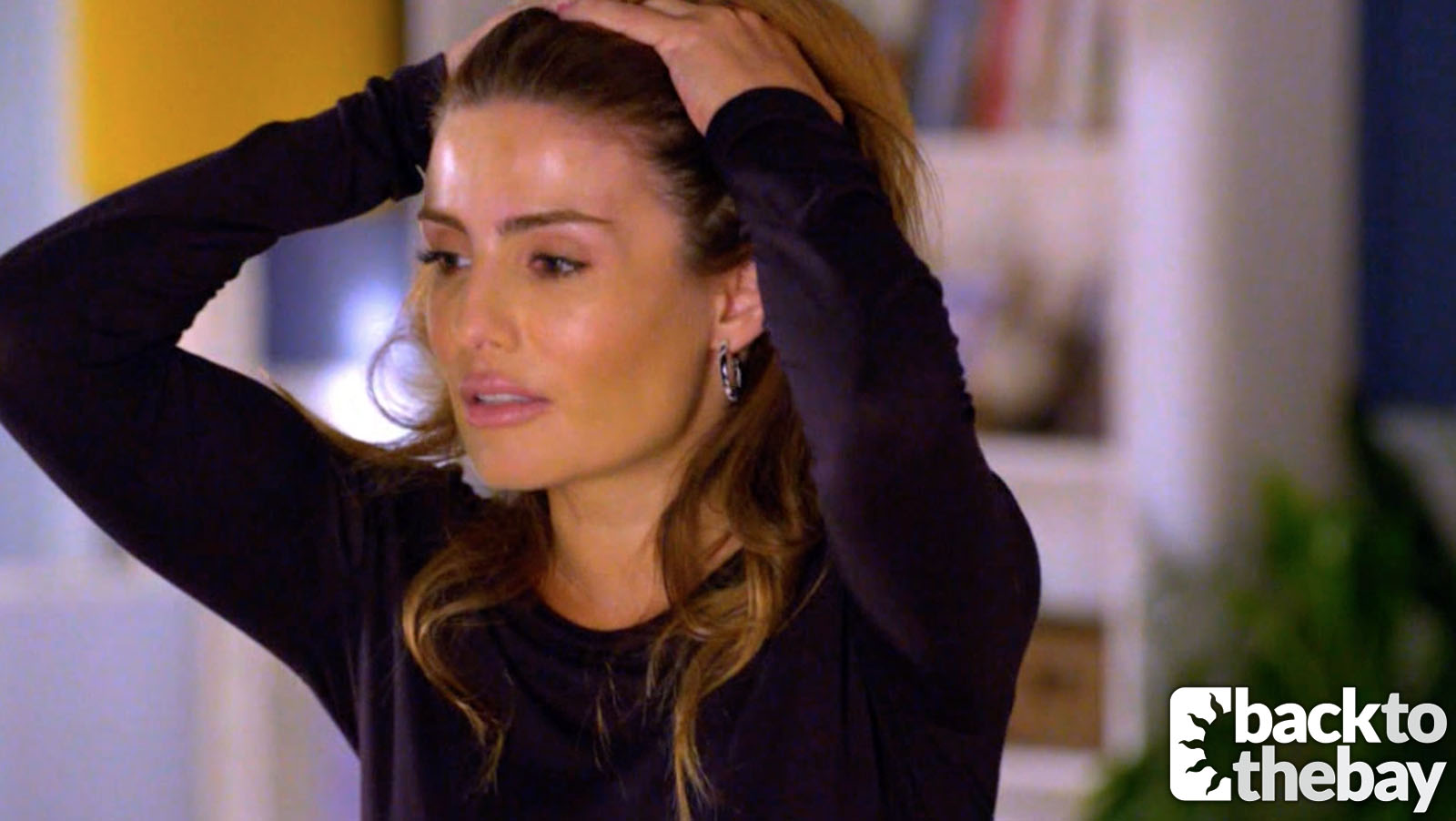 Leah has been the most determined out of anybody to track Susie down. She desperately wants to find her and bring her to justice, so surely the last thing she would want would be for Susie to die before facing a trial?

However, best laid plans and all that. Could she have finally tracked Susie down, then lost control while trying to stop her escaping? After all, she did happen to be on the beach when the body was discovered…

Or perhaps her anger got the better of her. She’s spent the past 2 1/2 months with Susie constantly on her mind, and she’s having to deal with the added stress of Justin’s addiction. With her boyfriend arrested for assaulting Stephen, maybe it all just got too much for her… 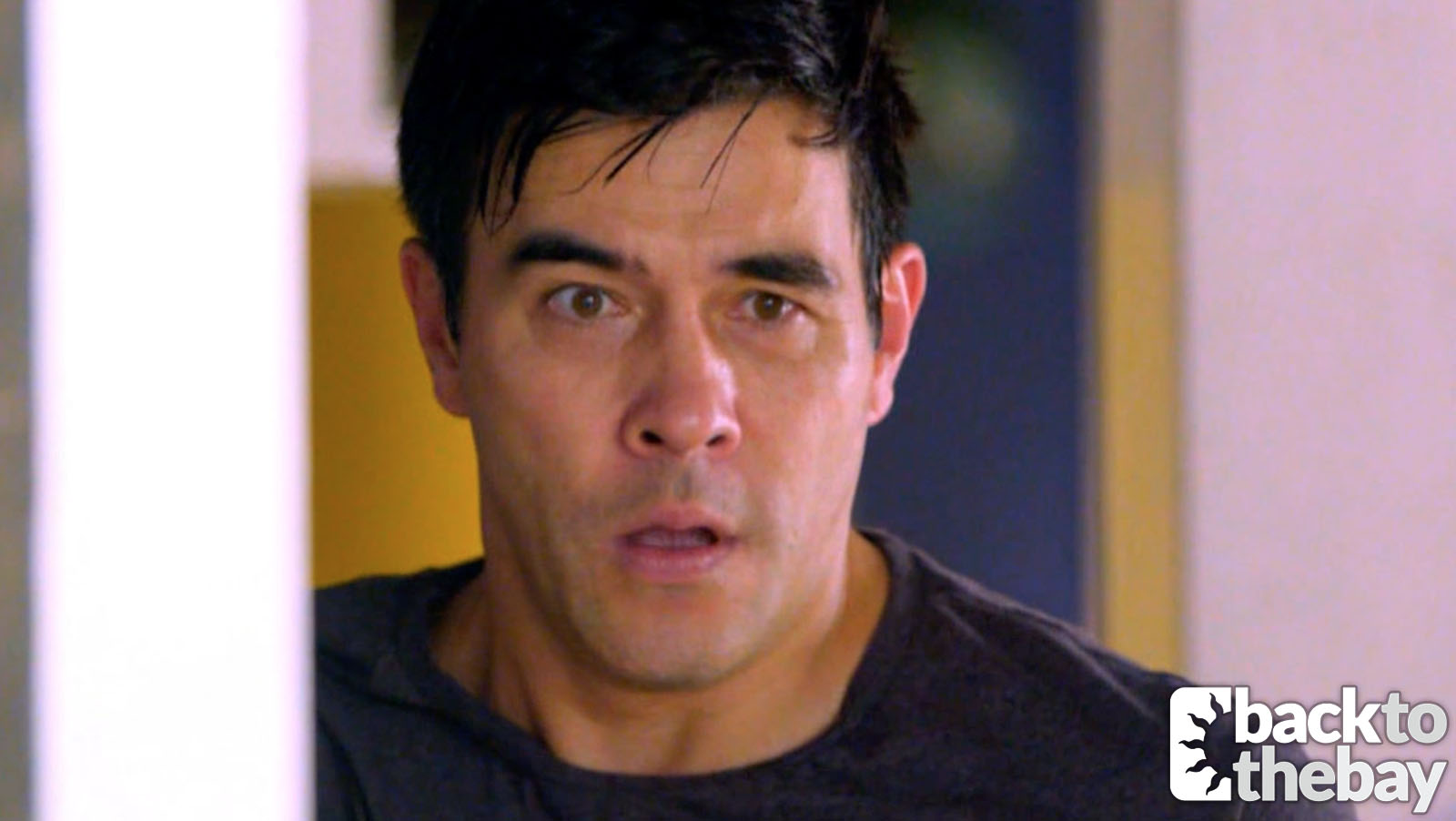 Well, we know he assaulted last week Stephen, but why stop at just one person? He’s out of control and unable to think straight as he battles his addiction to strong painkillers.

The usually gentle, loving family man has turned into a monster. In just the last few weeks, we’ve seen him threatening Leah and Ziggy, smashing mugs and now assaulting Stephen. He was jealous that the new arrival was getting closer to his girlfriend, but in reality the person who has stolen Leah away from him is Susie.

Leah has barely given their own relationship a passing thought since Susie skipped town, as she’s focussed all of her efforts on the search. Justin just wants to forget all about it, and getting rid of Ms McAllister once and for all would be the perfect way to do that.

When he’s found with blood on his hands, we all presumed it was Stephen’s, but could it be Susie’s? 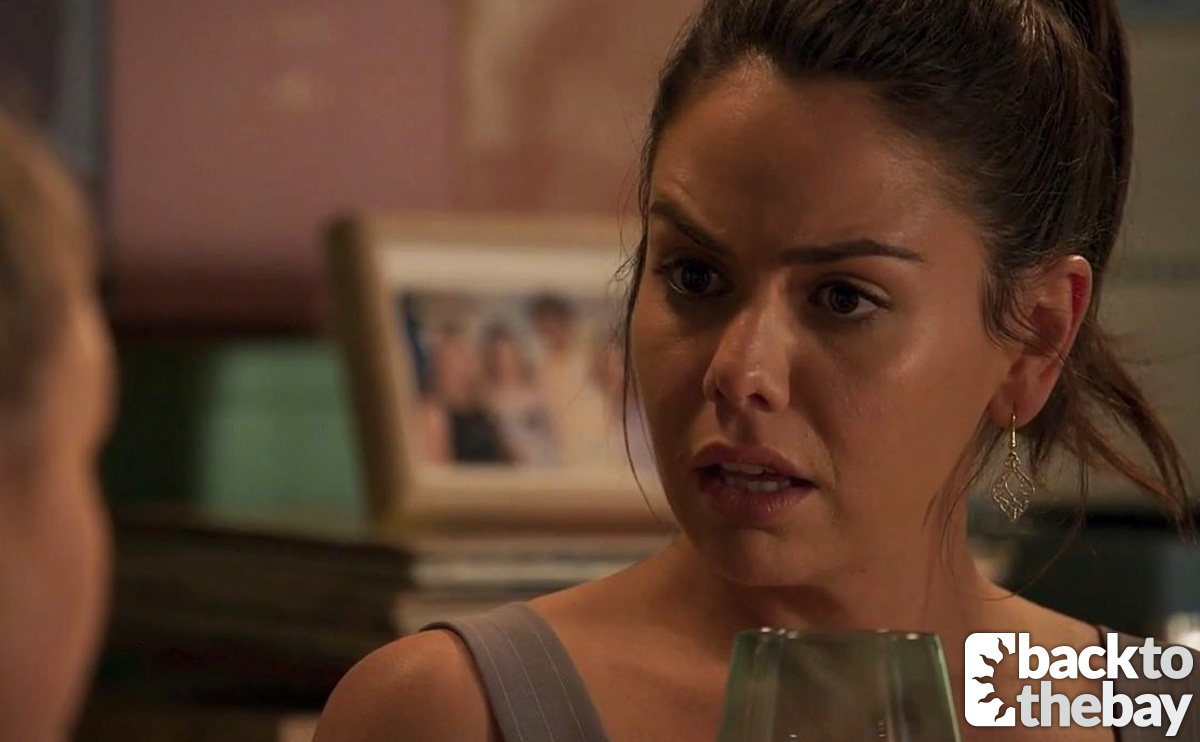 Mackenzie (Emily Weir) has been on a downward spiral for several weeks now, thanks to losing her boyfriend and her unborn child in close succession.

Only a few days ago, she went missing, worrying her loved ones, especially her brother.

Although teased as the potential victim, Mac turns up alive and well not long after the body is found, leading us to ask the question: where was she?

She never had much to do with Susie when she was first in the Bay, but could she be responsible for the con artist meeting her maker? 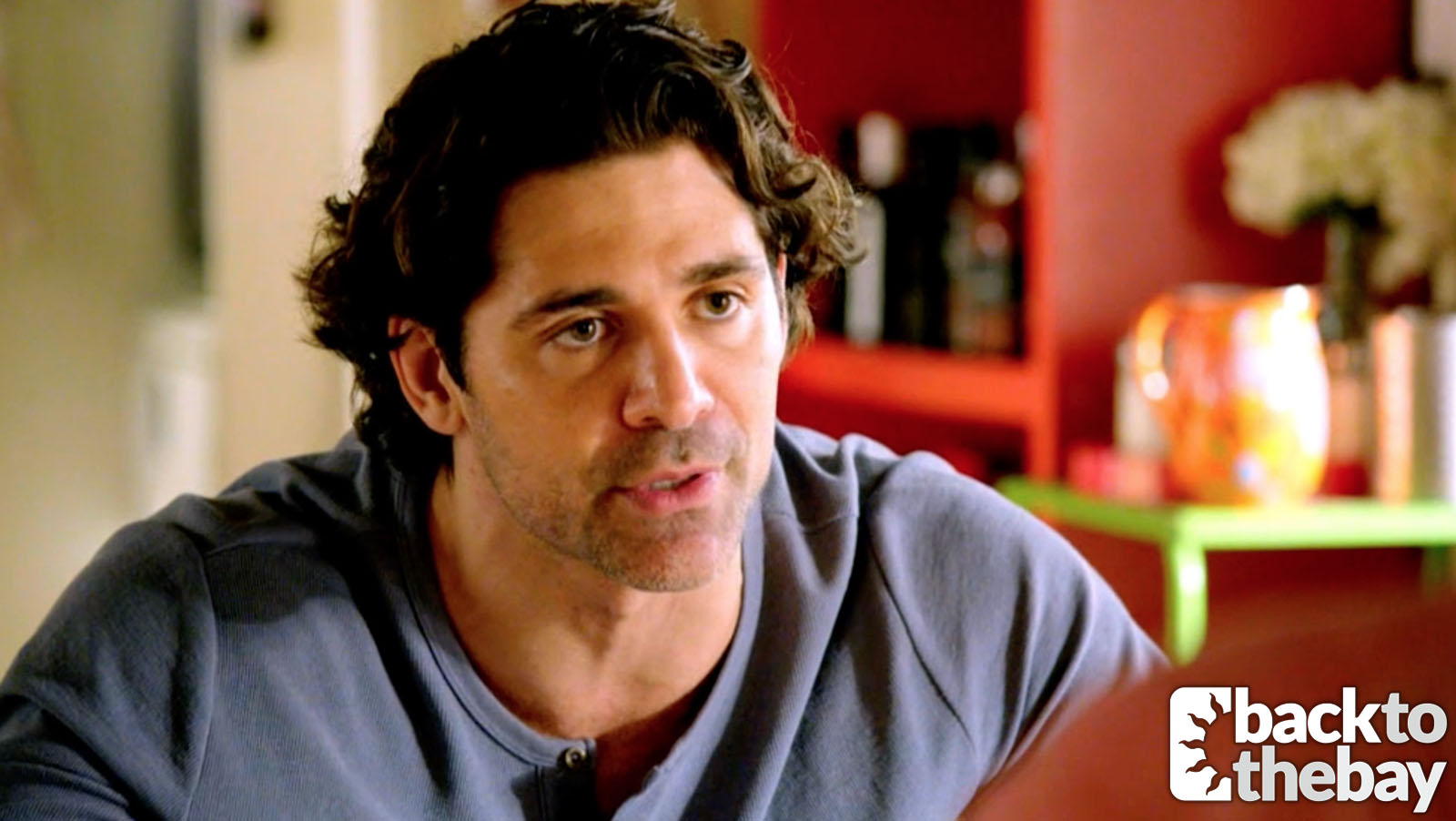 Having met Leah on a forum discussing Susie’s scamming ways, Stephen came to the bay with plans to help her track the con artist down. He was gung-ho on finding her for years after she swindled him out of a large sum of money as well.

Notionally, there is a pent-up anger towards Susie. And we don’t know much about Stephen, except for what he’s told Leah. Could he be capable of murder?

That being said, he was in hospital after being beaten to a pulp by Justin at the time of the body’s discovery. If she has only been dead a few hours, he could be exonerated.

However, if Susie’s body was in the water for some time, could Stephen be the killer? 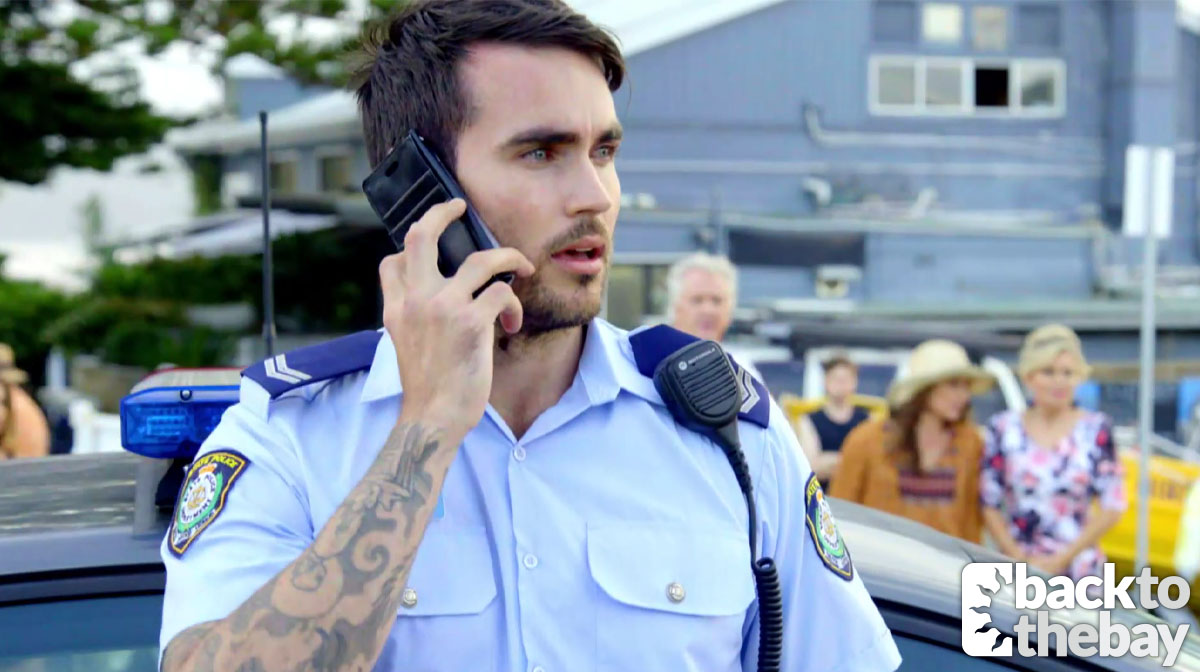 Summer Bay’s new police officer arrived on Monday, and is in for a busy week in his new job as he arrests Justin, before investigating Susie’s death.

Not much is known about the new cop, except that he has moved from the country to the beach town in search of a quieter life, but it certainly looks like he’s not going to get that in the bay.

Is he returning to the scene of the crime? Another one of Susie’s many victims, bent on revenge? 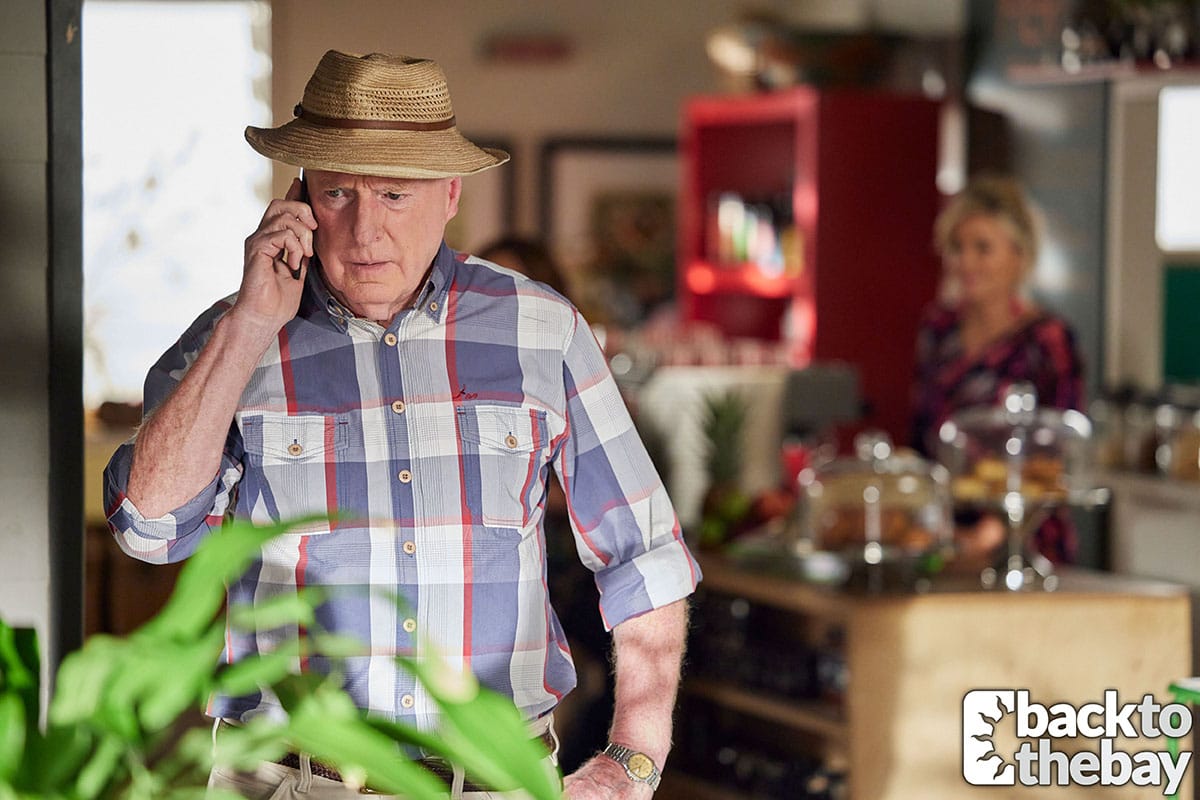 We know what you’re thinking. Alf Stewart, murderer? No way. He’s definitely not one of the obvious choices, but Susie did ruffle his feather while she was in town.

After all, she was the reason he lost the coveted position of president of his beloved surf club.

However, is Alf capable of murder? He hasn’t been himself for the last few weeks, and even had a health scare not long ago.

In the past, his health issues have resulted in him behaving very strangely (visions of Ailsa (Judy Nunn), anyone?) Is this one of those occasions? 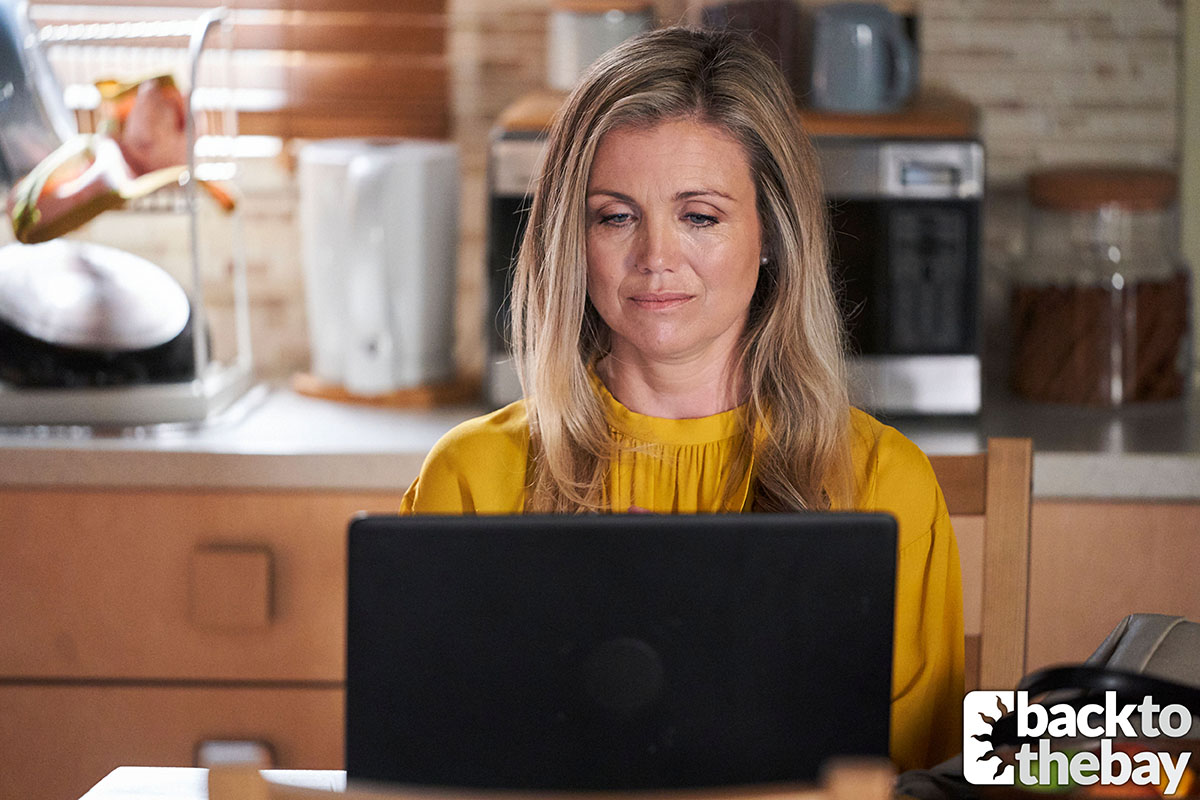 Just who is Susie McAllister? Does she even really exist? We know she goes by other aliases, including Imogen Simons, but could the real truth be even more complicated?

Does the body belong to the scamming Susie that we know and loathe, or perhaps a real Susie McAllister from Western Australia whose identity our Susie stole? Or is it a decoy body, an innocent stranger who Susie has used to make Leah, Stephen, John and the police think that she’s gone for good?

In true Home and Away fashion, we’re expecting a lot of twists and turns before the big reveal. How long until we get to the bottom of who killed Susie? If Summer Bay’s last whodunnit – Who Shot Charlotte? – is anything to go by, it could go for up to three and a half months.

However, we have an inkling it may wind up before then – especially considering the 2021 Olympic cliffhanger is only weeks away.

UK viewers, however, still have a while to wait yet, with the body being found, in six weeks, on 23rd July.

Who will come out unscathed from the explosion? Has Mackenzie hit rock bottom? In the aftermath of the explosion, people look for answers.