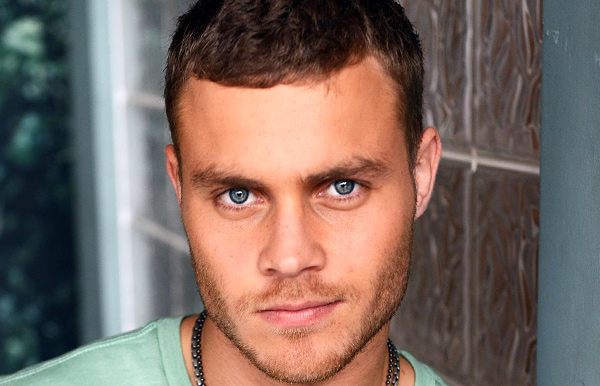 Tank Snelgrove was first seen when he ran into Evelyn on the beach. After, he apologised for it and assured her that he will see her around the Bay. Later, at Angelo’s, he ran into her again and asked for her number. They go on a date on the beach and were seen by Evelyn’s ex-boyfriend, Josh who tried to warn her off Tank. She ignored his warnings and later she and Tank consummated their relationship, albeit unprotected. This led to her having to access the morning after pill. After spending the night around Tank’s mates, Evelyn began to call his level of commitment into question.

Tank’s flirtation with Maddy was cause for alarm bells and Evelyn decided to take a step back from their relationship. This didn’t sit well with Tank, which led to him walking away. When she saw him fighting with the new school principal, Greg Snelgrove, she learnt that Greg was his father and Tank told her that he was abusive. However, when Leah confronted Greg about his abuse, he vehemently denied it and instead, told her that Tank was the abusive and manipulative one.

Later, Tank revealed to Evelyn that he got an ‘E’ tattooed on his arm and they professed their love for one another. At Maddy’s 18th birthday, Tank tried to convince Evelyn to leave with him and when she refused, he invited a group of his friends around, who vandalised the Summer Bay house. This resulted in an aerosol can exploding and injuring James, Roo’s fiancé. After this, Zac and Leah forbade Evelyn from seeing Tank, which led to them sneaking around. He spent the night with Evelyn and was caught leaving by VJ the next morning as he jumped off the roof. When VJ told Zac and Leah, Evelyn got in trouble and had her phone confiscated, which she later stole back.

Tank then convinced her to run away with him. When they left, her family was worried, but she began to see his true colours when she found a switchblade and balaclava in his duffle bag. When she confronted him, he became aggressive and destroyed her phone to stop her contacting anyone. She sent a map of their location from Tank’s phone to Josh, but was caught and ran into the bush, only to be chased by Tank. Luckily, Josh rushed to her aid and brought her back home. When he made sure she was safe at home, Josh left but was savagely coward punched by Tank, which left him in a coma, and temporarily blind. Tank then left a note in Greg’s office, alluding to a bomb, which resulted in the school, during an HSC exam, being evacuated. He texted Evelyn and threatened to detonate the bomb if he didn’t get to talk to her. She decided to go against her better judgement and he opened up about his mother’s death and later, handed himself into police for the bomb hoax and for Josh’s assault.

Six months later, it was revealed that Zac, who had been imprisoned for the murder of Charlotte King, was in prison with Tank. Whilst in prison, Tank was stabbed by a group of prisoners. He was rushed to hospital, where he was visited by Josh, who had since regained his eyesight. Tank tried to apologise, but when he mentioned Evelyn’s name, Josh attacked him. Evelyn then went to visit him and he apologised, telling her he had changed. Zac then helped Tank get parole and he was released. He went jogging and collapsed, and was helped by Skye Peters. They spent the afternoon together and she then invited him to a party. When he arrived, he was attacked by Josh once again and Skye realised who Tank really was. He left, but was later found by Skye and explained about kidnapping Evelyn and assaulting Josh.

VJ then warned Tank off of Skye when he caught the two of them together. However, when Tank told her that they can’t continue to see one another, Skye kissed him. She assured him that kissing is as far as she will go, and he respected her decision. After being caught once again by VJ, this time kissing, Tank told Skye that he thought he would be with Evelyn forever. This led to Skye’s realisation that he was still in love with Evelyn. When Josh learnt of this, he warned Tank to stay away from them. Tank was later threatened by Andy. After he decided to attend the Hospital Charity Fundraiser at the Caravan Park, Tank was followed by Andy and they fought. This resulted in them knocking over faulty gas canisters, which were ignited by the spark of two live wires, left exposed by a falling canister, coming into contact. This explosion killed Oscar and Hannah – Evelyn’s brother and aunt. Andy found an injured Tank wandering a street, and he took him to hospital to be examined. Tank admitted to being the reason behind the explosion to Skye. Furious, she ended their friendship and told everyone at Oscar and Hannah’s funeral, resulting in Zac attacking Tank.

Greg knew that Tank was protecting someone. Tank turned himself into the police and was arrested, however when he was bailed, Andy confessed. Skye confronted Tank, and when he learnt that she told Evelyn, he was furious. They later reconciled, much to the chagrin of Skye’s foster father, John Palmer. Secretly, they slept together. Tank then learnt that Greg had been offered a job in the city and wanted him to come. Longing for a new life, Tank decided to leave town, and at the last minute, Skye decided to join them. Greg refused to take Skye with them, but Tank and Skye left anyway. Greg then joined them. John later learnt that Greg, Tank and Skye had settled into the city well.