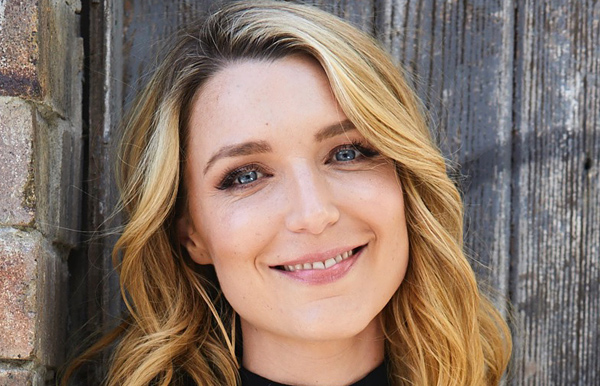 Scarlett was first seen when Brody carjacked her while running from the police. Realising he was a drug addict, Scarlett stopped a few streets away, gave him her bag and told him to leave her alone. Brody complied but later came to her house to return the bag, only for Scarlett to knock him out and tie him up. When he told her about his family, Scarlett said she’d let him go if he called them. Brody departed with someone that Scarlett believed was his brother Mason but was actually his dealer Will Zannis.

Scarlett was soon picked up by the police, who were investigating the pawn shop vandalism Brody had committed and had identified her car as the one he made his escape in. Scarlett told Kat about the carjacking but didn’t identify Brody. When she found Brody sleeping on the beach, she took him back to her place for breakfast then went to the Morgans’ house where she met the real Mason along with Justin and Tori. She agreed to let Brody stay at her house and go cold turkey, disposing of his stash and hiding a box containing thousands of dollars in cash and a locket with a chain on it. However, Brody remained in denial about his condition and ran off after hallucinating his mother. She had to enlist Justin, Mason and Raffy’s help to find him and clashed with Justin in the process.

Scarlett was pulled up by Alf for going spear fishing in a restricted area. He told her had a boat free for her to reach the cove where it was allowed and said she could use it if she got it fixed, forcing her to turn to Justin for help. Tori invited her to have dinner with the family at Salt where she revealed she had five siblings and had studied law in Adelaide but was reluctant to talk too much about her past. She realised Brody was using again and had to lock him in his room when he became agitated, with Justin staying the night to keep an eye on things. In the morning, they went to get Tori but in their absence Brody broke out, stealing the contents of the lock box. Scarlett had to call the police, telling them she had lost $10,000, but was more concerned about the locket, which Brody left for her to find after she begged him for it back.

She was evicted from her rental after they found out she let Brody stay there, so Alf gave her a caravan and a job in the bait shop. A private investigator, Bruno Addler, turned up looking for her and she told Alf he had been sent by her husband Caleb, who she had abandoned. Bruno demanded $8,000 to keep quiet about her whereabouts and Scarlett was able to comply when Tori paid her back the money Brody had stolen. She helped sort out a lawyer for Brody when he was found and charged. She spent time with Justin and his daughter Ava but became uncomfortable when Ava mentioned a friend called Max. She went back to her caravan and listened to a message from a child on her phone, calling her Mummy and asking when she was coming home. She went back to Justin, Ava and Raffy, letting slip to Brody that Ava was in town (which Justin had hidden from him), and was unimpressed when Justin felt the need to tell her he wasn’t interested in her.

Justin fixed her phone after it had fallen in the water when he got the boat going and found photos of her with a child, accusing her of abandoning her son. She slapped him and nearly left town before he apologised, explaining he was sensitive about the issue because of his time apart from Ava. Then another PI, Anderson, turned up and tried to get her to leave by force after giving her a letter from Caleb. Justin helped her escape, telling her to dump her phone, buy a plane ticket to Bali to lay a false trail and then come back. Scarlett recorded the message onto her new phone first and told him her son Max had died a year earlier, after he fell out of his tree house when she had gone to answer the phone. Caleb had turned to drink and become aggressive, prompting her to leave, feeling there were too many reminders in the house.

After returning to town, Scarlett spent the anniversary of Max’s death getting drunk and woke up to find herself naked in Justin’s bed. She spent the next day avoiding him until he explained she had simply taken a shower and then passed out after he took her back there. He and Alf took her out to the cove to go fishing but they ended up having to spend the night there when their boat broke down. Scarlett had to hide from a strange man stranded there who had attacked Alf and taken his knife. They made it back to shore and Scarlett managed to reassure Alf, whose confidence had been dented, that there was nothing he could have done to change things. It turned out the man had stowed away on the boat and had amnesia. He was dubbed Robbo and Scarlett struggled to lose her wariness of him despite him apologising to her when he moved into the caravan park.

She talked Brody into selling Salt to fund rehab and helped Justin take him to a clinic but when she tried to kiss Justin afterwards he pulled away before explaining he wasn’t over Phoebe, his ex-fiance. She helped take Brody back to rehab when he absconded, after which Justin suggested they go back to her place. Scarlett was happy to oblige but their passionate encounter quickly came to a halt when he called her Phoebe and then passed out. She was initially reluctant to go into it but after learning that Phoebe had been caught up in a shooting and had a new boyfriend, she cleared the air with Justin and suggested they just be friends.

Scarlett agreed to take Kat and Robbo back to the cove where Robbo was first seen to look for clues but the visit came to an abrupt end when Kat found a photo of herself at Robbo’s camp, although it turned out his amnesia was real. After Alf told her to give him a chance, Scarlett offered to help Robbo look into his past. She deduced Robbo had had a girlfriend named Rose and gave him a list of candidates in the Gosford area, although when Robbo and Kat tracked the right woman down they found her dead from diabetic complications. When Robbo decided to give up on looking into his past, Scarlett made a point of suggesting someone could be looking for him.

She began to consider a relationship with Justin again only to see him kissing Felicity Cox and learn they’d spent the night together. Justin told her he wasn’t ready for anything serious but Scarlett wasn’t prepared to just be friends. However, she found herself forced to work with him again when Raffy went missing, finding her and convincing her to trust her family. She also helped Ziggy when she had a panic attack. Justin told her he didn’t want them to miss their chance and she agreed to a date with him. They went for a picnic on the beach after she balked at his suggestion of a pub lunch but he hit his head while swimming and she had to resuscitate him. She admitted she hadn’t taken Max to hospital and the next morning she had found him dead from a head injury. The experience caused her to call a halt to their romance.

Scarlett moved into the flat above the Diner with Kat and wasn’t entirely happy when she started seeing Robbo. She was even more concerned when she and Alf investigated a drifting boat with blood and bullet holes on board and it turned out it had belonged to Rose and some of the blood was Robbo’s. She checked it out with Kat, finding a gun hidden there, although Kat quickly came to believe Robbo had been hijacked by Dylan Carter.

Scarlett agreed to act as Brody’s lawyer, using her maiden name Dwyer, after his court appearance was scheduled for while the lawyer she had arranged was on holiday. In order to help his case, she advised him to give the police information on the ice den he had stayed at. However, this backfired when Jay Turner, who ran the den, accused Brody of stabbing him. She was frustrated by Kat ordering a police search of the Morgans’ house, so got Jay’s address from a file Kat had brought home with her and gave a junkie money to let her in. She found the screwdriver used in the alleged attack hidden there, then had to hide when Jay came home. She called Justin, who distracted Jay while she got out, then got Kat to search the house, with the new evidence and the fact Brody’s fingerprints weren’t on the screwdriver causing Jay to withdraw the accusation. Kat realised what Scarlett had done and was furious with her, pointing out she’d broken the law, and tried to get her to move out but after a talking to from Alf and Marilyn they made up.

Scarlett’s performance in court got Brody a suspended sentence and good behaviour bond but resulted in her being tracked down by Caleb, who told her he had had anger management and felt they could heal together, convincing her to have dinner with him and giving her one of Max’s old toys. Scarlett told Justin it was him she wanted to be with but Justin elected to give her space. She was further confused when Caleb admitted he wanted her back. Justin convinced her to attend the surf club fundraiser where Robbo won a bush holiday for four in the raffle.

Scarlett went to the cabin with Justin, Kat and Robbo where she got closer to Justin although he volunteered to take a hammock outside and give the second room to her. Hitman Dennis Novak planted a bomb under the cabin and Scarlett was still inside when it went off, ending up with a piece of wood embedded in her shoulder. Although Justin looked after her until the ambulance arrived, she muttered Caleb’s name and bonded with him again when he came to see her at the hospital. Justin distanced himself from her when she was discharged, while Caleb kissed her and asked her to come home. She talked it over with Kat and admitted she would leave town for Caleb. She told Justin her decision and next morning said goodbye to him, Alf and Brody before she and Caleb drove out of town.