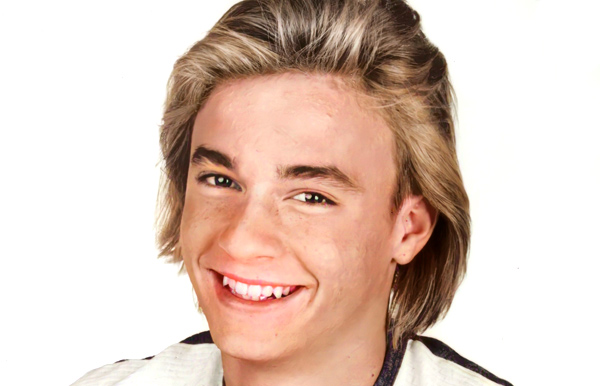 Curtis arrived in Summer Bay with his “sister” Shannon following the death of their foster mother, but the pair had a dark secret. They were in love with each other. When the department asked Pippa and Michael if they could foster two children, they only had room for one. Fortunately, kind-hearted Alf and Ailsa offered to foster one of the children, Curtis, so they could stay together. Curtis and Shannon decided to keep their relationship a secret.

But it wasn’t long before Alf discovered the truth about Curtis and Shannon, when he came home and found the couple on his sofa in a passionate clinch.

Curtis soon became a target for man-eater Selina’s affections. He quickly became friends with Jack and the pair were soon in trouble when they started spreading rumours that Fisher had a collection of “girlie mags”.

When the Italian exchange student, Laura, arrived to stay with the Stewarts, Curtis and Jack both fell for her good looks and charming manner, but it’s Curtis whom Laura has set her sights on.

Curtis is in love and Laura has him at her beckon call. Laura is more interested in having a good time than in her studies, and soon has Curtis in trouble with Alf when she gets into a nightclub. Curtis was not allowed in and waited on Laura, so he got home very late. Curtis is easily led and, being in love with Laura, reluctantly started to go along with her dares. Soon he found the stunts were exciting and he was talked into spending a night with her hiding in a sports store. The pair soon caused havoc in the store and put on balaclavas when they realised there was a security camera. Soon Curtis and Laura were spotted and the police were called. They both narrowly escaped, but were in the newspaper – masked – the next day. Laura dared Curtis to cross a railway line in front of a train. Curtis tried to stop Laura, but she went onto the track and was killed by the train.

Curtis was shocked and devastated by Laura’s sudden death. He became angry and depressed and sought comfort in a bottle of booze. He trashed a classroom and got drunk at school. He even used Ailsa’s credit card to order drink. Travis, who had witnessed the accident, helped Curtis overcome his drinking problem, but Curtis brought alcohol with him onto Travis’ boat. Eventually, Curtis came off the drink and fell for Selina, although Shannon thought he wanted her back.

Alf found Curtis’ shirt and realised that he was behind the store break-in. Fisher came to the same conclusion and reported the matter to the police. Curtis and Alf were arrested and Alf was charged for witholding information. When Nelson returned, Curtis was worried that Selina would go back to him, but she decided to stay with Curtis. Curtis decided to make up an alibi for Selina when she came under suspicion for killing Mud, but got into trouble for wasting police time when Alf contradicted Curtis’ story. Curtis bought Selina a ring for her birthday, but lost it when he stuck up for Jack and fought two guys who blamed Jack for burning their houses in the bush fire. Selina dumped Curtis.

When Chloe returned, her and Curtis soon became an item. He discovered Chloe was on drugs and tried to help her, although he suspected her of stealing from Marilyn. Curtis tried to help Jack from turning bad again. When the pair had a fight and Curtis became tired and weak, everyone assumed he was drinking again, but he was diagnosed as being a diabetic.

He thought he was seeing things when a new girl, Jenna Evans, turned up in the Bay. She was very identical to Laura. She had a cruel boyfriend and saved her; he even managed to persuade her to leave him. He later fell in love with her and soon the pair left Summer Bay.