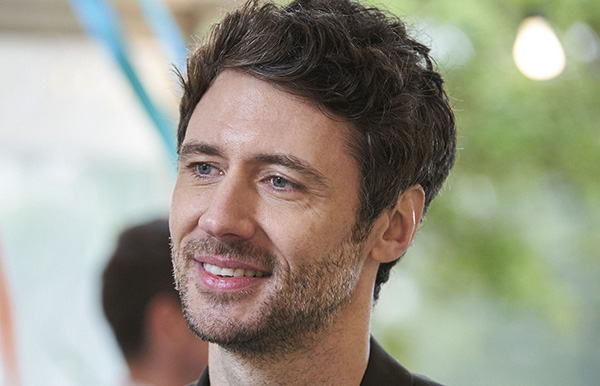 Marco was first mentioned just after the Astonis moved to Summer Bay when it was revealed Ben had been charged with assault for punching him when he was 18 after he’d flirted with Maggie. Almost three years later, he arrived for Ben’s birthday party, stunning Maggie. When Ben learnt he had arrived, he told him to get out. Despite this he was invited to Ben’s birthday party. Away from the crowd, he and Maggie spoke, where he brought up the fact that they had slept together when they were younger. He made a speech, where he apologised to Ben and the pair made up. He headed back to the city, but stated he’d be back after a few days, leaving Maggie uneasy.

When he returned, over drinks he proposed that both Ben and Maggie buy into the family business. Ben loved the idea, however Maggie didn’t wish to discuss it. He took a drunk Ben home that night and after putting him to bed, threatened Maggie with revealing the truth about their one-night stand if she didn’t buy shares. Fearful the secret may get out, Maggie convinced a now sober and questioning Ben to buy into the business. Marco informed them they’d be silent partners, before holding their secret over Maggie’s head.

A few days later, Marco finalised the deal with Ben, despite Maggie’s urges. Marco went to the bank, and Maggie, feeling like she was backed into a corner, revealed the truth to Ben. Marco berated Maggie for telling Ben, stating she had hurt him more than anyone else could. As he was searching for Ben, he came across Ziggy, who had questions. He told her that nine months after he slept with Maggie, she was born, leading to Ziggy questioning her paternity. Over a beer, Ben questioned Marco about why he came to town. He revealed that he overinvested, broke promises and as a result, the business is going bust, and without Ben’s investment, it would go under. After learning the truth, Ben refused to invest.

Ben and Marco undertook a paternity test and a week later, the results revealed that Ziggy’s father was, in fact, Ben. Marco returned and broke the news to Maggie. She was elated by the results. Marco swiftly revealed that he had always been in love with her and asked her to leave Summer Bay with him. Shocked, she rejected him. Marco went to get a drink at Salt and ran into Ben and Ziggy. He told Marco that he didn’t have a brother and ordered him to leave town.

The next day, Marco appealed to Ben, trying to reconcile what was left of their relationship. However, Ben wasn’t having a bar of it, telling him to get out of his face. Maggie contacted Marco and after he asked why she always chose Ben over him, she threatened to tell his parents what he had done to their company if he didn’t leave town. Before leaving, he caught Ben and urged him to be a better husband to Maggie.