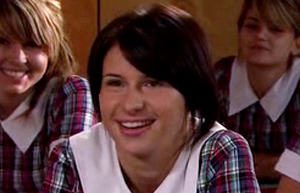 In episode 4637 she teased Nicole about being set up by Geoff for kissing lessons but when Nicole responded it triggered a catfight which was caught on camera by Christine Jones.