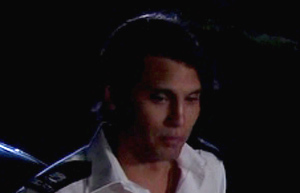 Duane was Ric’s new security partner after he robbery that saw Larry injured. After exiting the car to patrol the surf club area Duane tried to sympahise with Ric, saying that his Dad went through something similar. Ric wasn’t keen to talk about it and they began their round.