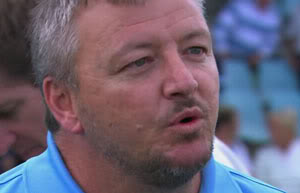 After Geoff aggressively tackled Lachie during a footie game, which lead to him being taken to hospital, Coach Frazer of the Reefton Lake Wombats called the tackle a disgrace. He said he’d “hear from us”. Despite that, we haven’t heard from him.