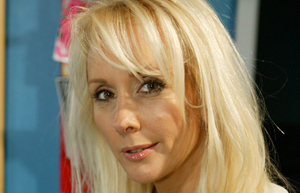 When Irene accompanied her new love interest Lou De Bono to his yacht club, she was shocked when, after she’d been left chatting to a group of women, another woman came up and introduced herself as Lou’s wife Donna, saying Irene wouldn’t get her hands on his money.Lou told Irene that he and Donna were separated but Donna was delaying the divorce to get a larger settlement.When Lou persuaded Irene to join him on a cruise on his yacht, Donna was seen on the wharf watching them depart, looking resentful about the situation.

After the yacht was found drifting with Irene onboard and no sign of Lou, Donna went to the police station and showed Angelo a letter from her solicitor revealing that Lou had named Irene as a beneficiary in his will.She insisted Irene had murdered Lou and, when she collapsed in front of her from the strain, claimed she was faking.When Irene was remanded in custody, Donna paid one of the prison guards, Grier, to supply Irene with alcohol in order to further wreck her credibility.She went to the police station after Lou’s body was found in the water and reiterated to Alf and Angelo that Irene was responsible.She also met Belle when the latter came to the station to complain about Irene’s treatment and insisted Irene was a gold-digging killer.

When Irene was released, Donna went to the beach house and told Aden and Belle that she wasn’t fooled. She then confronted Irene on the beach, calling her a murderer and saying she wouldn’t get a cent of Lou’s money.She later came to the house, telling Irene she accepted Lou loved her and inviting her to his funeral. However, she told her the wrong time so Irene missed the service and afterwards taunted her that her non-attendance made her look guilty.At the reading of Lou’s will, she learned that Irene had been left Lou’s business while she had inherited the rest of his estate.She was outraged, since she had helped Lou build up the business, and got into an argument with Irene and Belle at the Diner.When Angelo stepped in, Donna accused him of fabricating evidence to get Irene out of jail.Irene later saw Donna arguing with Grier, telling her she had to finish the job, and realised she was behind the alcohol left in her cell.

After Angelo discovered Donna had hired a private detective to follow Lou and Irene, he brought her in for questioning.She said it was simply to do with the divorce and also denied involvement in the sinking of the trawler Lou left Irene, saying she had been at a friend’s house all night.However, when Angelo discovered no-one remembered her being at the yacht club function she had claimed to be attending when Lou was killed and had hired out a boat for two days, she admitted she had gone looking for Irene and Lou to confront them but claimed she had never found them.Angelo and Constable Avery searched her mansion and found the murder weapon hidden in the guest house.Despite Donna insisting she’d never seen it before, she was charged with murder and remanded in custody.

She was released several months later on a technicality after it was found the warrant to search her house was invalid.She seemed to have been changed by her experience in prison, seeming more subdued.She went to see Irene and apologised for her treatment of her, saying she didn’t realise how bad jail was, and insisted she didn’t kill Lou and wanted the real murderer caught.Irene asked Geoff and Ruby to stay with her while she went to the police but Geoff was mistrustful, especially when he caught Donna drinking, thinking she was trying to get Irene to fall off the waggon again.Donna fell asleep on the couch and, the next morning, Irene told her she didn’t allow alcohol in the house.When Donna turned up drunk again a few hours later, Irene turned her away but later approached her at the Diner and gave her the keys to the trawler, saying she didn’t know what to do with it since she’d lost her berth and Donna had more right to it anyway.

When Donna commented to Irene and Colleen that her gardener, Orson Cardillo, had let the mansion get overrun in her absence, Irene persuaded her to hire Geoff to tidy it up for her.She was shocked when Geoff and Ruby said they’d seen Orson hanging around the place.She and Irene went to see Orson’s wife, Bonita, who told them Orson had left town after telling her that he’d seen the man who planted the gun in the guest house(later revealed to be Hugo).They called Charlie and Angelo round so Bonita could repeat her story to them and Donna saw someone sneaking around the grounds on the security monitor but he fled before the police could apprehend him.When Orson turned up in hospital, Donna decided to leave town, worried something might happen to her if she kept digging.She said a quick farewell to Irene, with both of them acknowledging they’d misjudged the other.