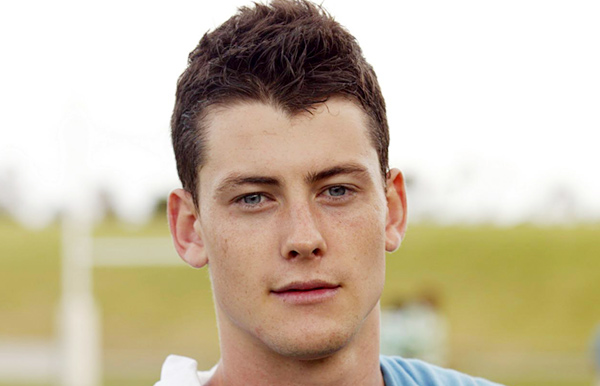 Lachie was Claudia Hammond’s boyfriend. They had been together since they were young but by the time Claudia started working at Martha’s farm, the relationship had degenerated into constant arguments. One argument was witnessed by Geoff when he saw them sitting in Lachie’s ute. Claudia told Geoff that she and Lachie had broken up but not long afterwards Martha saw them kissing. With Claudia seemingly undecided between the two boys and then briefly hospitalised after a fire at the caravan park, Lachie ran into Geoff at the hospital while visiting her and, aware that Geoff and Claudia had slept together, punched him twice and told him to stay away from his girlfriend. It didn’t make much difference since Claudia soon broke up with him for good.

Two months later, Lachie got back in touch with Claudia, wanting to get back with her. Claudia told him that she was pregnant and Geoff was the father, with the conversation being seen from afar by Geoff, Ruby and Jai. Lachie later went to the house to confront Geoff, convinced that he and not Geoff was the baby’s father, since he and Claudia had been together more often. Geoff later saw Lachie and some of his friends watching the Summer Bay rugby team train and Tony explained they were from the Reefton Lakes team, their next opponents. Lachie went to the house to ask Claudia if she still had feelings for him but Geoff arrived and threw him out before she could answer. Geoff later confronted Lachie at the Diner and told him to stop harrassing Claudia but Lachie said they’d be together if it wasn’t for Geoff and threatened to hurt him during the game.

As the match started, Lachie began going in hard in tackles with Geoff, getting into a minor altercation with Aden after one of them, and only got worse when Claudia showed up. When Geoff retaliated by going in hard himself, Lachie was left lying on the ground, unable to move. He was rushed to hospital, with Claudia going with him in the ambulance and Geoff and Tony following on, where Rachel was unable to tell if the paralysis was permanent.Geoff went to see him to try and apologise and told him that Claudia had admitted Lachie was the baby’s father. However, Lachie was uninterested, saying Geoff had got what he wanted and Claudia wouldn’t want him now.

Lachie’s future continued to be uncertain and, with Claudia a frequent visitor, she was the constant target for his frustrations, as he mocked her for being useless despite Rachel’s admonishments. When Geoff overheard one of his rants, he stepped in and defended Claudia. Lachie’s mood improved considerably when he began to regain movement and he believed it meant he, Claudia and the baby were going to be a family. Instead, Claudia paid him one last visit to tell him that she wouldn’t stop him seeing the baby but he wasn’t a nice person and they weren’t going to get back together.