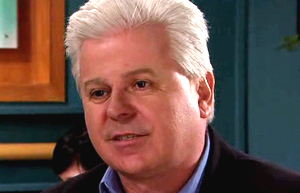 First heard of when he phoned Leah and asked to meet her. He joined her in Noah’s and introduced himself. He told her that although he always wanted to visit Australia he never imagined that it would be under these circumstances. He then explained to her that Dan was leading an abseiling group when Steve’s son Lincoln became in danger of falling. Seve explained that Dan went to Lincoln’s rescue and saved his life but that he died himself in the process. Leah thanked Steve for telling her and he offered her some money, explaining that it would ease his concsience after Dan saved his son. Leah later told Rachel that the amount was $100,000.