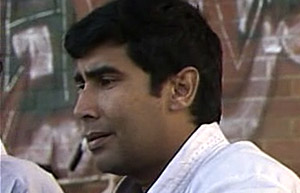 Seen in the Pilot episode, Bill was Steven Matheson’s karate teacher in the city. He was a close friend and business partner of Steven’s father Brett, running the Matheson Martial Arts Academy together before Brett’s death. When Steven found out he would be moving to Summer Bay, he confided in Bill his fears of moving away. Bill told him that whilst he would take him in if he could, he had now found a nice family to live with and should take the opportunity to stay with them.

Not long after moving to the bay, Steven received a letter from Bill to say he was getting married.