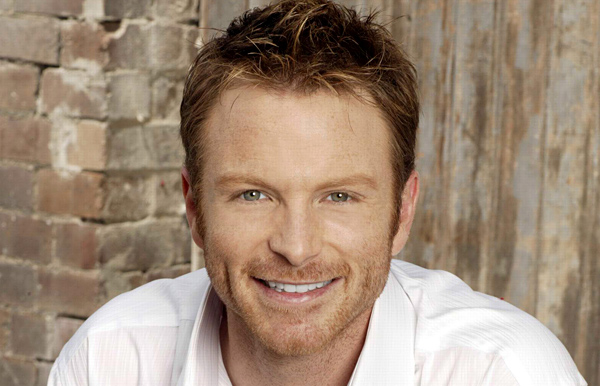 Dan arrived in Summer Bay after hearing that his brother, Peter, had been put in a coma during the hostage situation at Leah’s house. With Noah having recently been killed Dan’s qualifications as a school counsellor were useful and Barry employed him.

Whilst Peter was a coma, Dan and Leah started a relationship that quickly progressed, this despite the recent revelations that Vinnie was still infact alive.

When Peter finally woke up, Leah offered Peter place to stay and this caused friction between Dan and Peter who both had their sets on Leah. Peter organised for Vinnie to return and this allowed Leah to finally let go and Dan and Leah continued with their relationship. Soon after they got engaged, though they had to wait for Dan’s divorce to come through before they could confirm.

In the meantime, Dan was invited on a plane trip by Leah, which subsequently crashed, leaving them stranded in the bush. Dan and Leah decided to walk for help and whilst stopping for a rest, he produced an engagement ring, as his divorce had come through. They also found Ric Dalby who had been living out in the bush at that time.

Dan then had a fairly quiet time, being the MC at the Miss Groper Contest which the stalker struck. His quiet run of storylines then continued until his wedding to Leah but matters weren’t helped with the arrival of his devious ex wife Amanda who set about trying to sabotage events. The Bay pulled together though and in the run up to episode 4000 Dan and Leah were married.

There marriage was not happy for long though as a day out at the races in the run up to Flynn’s death saw Dan fall into gambling and as his debts spiralled out of control it was revealed he had battled a gambling addiction previously. With the revelations that Leah could not have children and Dan using the IVF money to pay off his debts, Dan and Leah split up. When Dan’s creditor Dudley took Leah hostage she turned furiously against him, turning to his brother Peter for support but with the revelation that Leah was pregnant and her subsequent fall off a cliff, the two reunited while she was in hospital. Their reunion was short-lived though as Dan overheard a conversation between Leah and Peter and realised they had shared a kiss and at the same time Leah was revealed to have miscarried their baby.

Devastated Dan refused to have anything to do with Leah and subsequently slept with Amanda. Though quickly realising it wasn’t a good idea, Dan was still not prepared to forgive Leah and moved into the Bachelor pad with Kim and Jack. Within a few episodes though Dan decided he did in fact want Leah back but at this point she had found out about Amanda and wasn’t keen and Amanda took off with Ryan, threatening that Dan would never see him again and Dan started drinking. Left in charge of VJ for an afternoon Dan fell asleep and was shocked when he woke up to find VJ unconscious. Though he was okay Leah reacted with fury and convinced he had blown things Dan took off, later driving his car off the road in what appeared to be a suicide attempt.

Recovering but with possible brain damage Dan moved back in with Leah but was behaving strangely. Losing his temper at the drop of a hat, planting a kiss on Sally and eventually taking off and hallucinating over a missing Ryan before being found and ending back up in hospital. He and Leah eventually reunited.

Seemingly losing his brother in the explosion at Jack and Martha’s wedding Dan was shocked to find out that he had a nephew and when Drew turned up in the Bay Dan and Leah took him in. Though their relationship was initially strained due to Drew never having had a father figure, they eventually became close when Dan supported Drew as he was set up for starting a series of fires and when he fell for Dan’s ex wife, the manipulative Amanda. Worried sick when Drew went missing, Dan was shocked to the core when Drew turned up safe and well along with his father and Dan’s brother, the very much alive Peter.

Initially furious that he had grieved for his brother, Dan refused to speak to Peter but Leah eventually persuaded him to see sense and the brothers grew close again. Their relationship was further threatened when Peter started a relationship with Amanda, who Drew was still very much in love with.

Despite everything Drew and Dan became closer and forged a bond and when they came to realise that Peter and Amanda’s relationship was for real everything seemed to be falling into place for Dan.

As always it wasn’t to last. As Amanda’s manipulative sister Kelli sought her revenge, Dan was left believing that Amanda was a drunk and told her he was seeking full custody of Ryan. After Amanda attempted to run away with him and was arrested, Dan took full custody. When the truth about Kelli was revealed, Dan appologised and he and Amanda shared custody of Ryan once more.

Aside from helping Cassie to set up a Summer Bay helpline most of Dan’s lfe continued to revolve around keeping Drew out of mischief, especially after Drew’s reckless school friend Jules turned up to stay and Peter left the Bay. After being informed of Drew’s slipping marks, Dan grounded him on his 18th, only to find out that Drew and Jules had thrown the party anyway. With Leah in Greece looking after her arrested brother, it was left to Dan to try and pull Drew and Jules back into line.

Drew decided after a while, to quit school. Dan was not impressed and tried to convince him to think harder about his decision. After a few mishaps with a smashed motorbike and various other dramas, Jules left the Bay.

Leah’s brother Alex arrived in the Bay again, shortly after Leah had returned from her trip to Greece. He was dealing in prescription medicines which both Dan and Leah weren’t too thrilled about. A couple of feuds later and Alex headed back home.

When Drew’s mum Jazz arrived in town, Dan started to feel a bit uncomfortable around her as she seemed to like him….a bit too much. Jazz assured Leah that she had nothing to worry about. When Jazz was thrown out by Leah, Drew started to get moody because of recent events so Dan tried to broach the subject of him getting a job. Drew subsequently got a job at a local garage and bought a car.

Dan was part of school trip that went dreadfully wrong with Don, when they left Annie and Rory out in the bush. Unfortunately Annie and Rory were found. A couple of months later Dan went another excursion and this time when he returned he came back to the diner with a group of kids in tow to find a scantily clad Leah waiting for him.

Feeling that he was getting stuck in a rut, he began looking for a job. Whilst trying to keep it secret from Leah, he accidentally left the person who he was getting the job at number on the desk leading to Leah believing he was having an affair. However Dan cleared everything up and revealed he had been given the job in America. After some soul searching, Leah agreed and they began to ready for their new life together. Dan moved overseas at the end of 2007 with the view of Leah moving over a few months later.

However, in early 2008 Dan was involved in abseiling accident and died. Leah received a phone call from an American man who asked to meet her. When she met him he told her that Dan had actually died saving his son and he wanted Leah to have