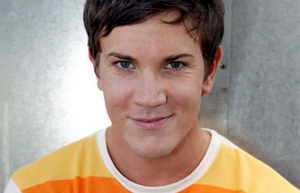 Brendan’s arrival in the Bay was much anticipated as the small hints about his character had left the show’s viewers very curious about him. Brendan, who is Austistic, visited his brothers Hugo and Xavier with his mother Gina and the bond with Xavier was immediately evident. He also took a liking to Rachel and Martha but his relationship with Hugo looked strained from the beginning.
Summer Bay Newbies

When Brendan accidentally injured Gina, breaking her ankle, Hugo insisted he stay in the Bay with them while she recovered. Despite Xavier having concerns about Brendan staying, they soon disappeared when his friends took to Brendan straight away, and vice versa. Brendan seemed to be integrating well into the community and his relationship with Xavier was endearing him to the shows viewers. However, that was threatened when Brendan fired a stone at Leah’s car using a slingshot, forcing her to crash and seriously injuring Roman. Xavier struggled to cover for him because of his outbursts about the crash but Gina finally discovered the truth and Xavier confessed to the police. The situation also put a strain on Brendan’s already poor relationship with Hugo but the family decided to go home for a few days and consult with Brendan’s doctors about how best to help him. A few days later they returned to the Bay and found out that the police would not be talking matters further, much to everyone’s relief.

Following the incident Hugo decided Brendan needed more discipline and banned him from having sticks. Brendan didn’t take too kindly to this and defied Hugo at every opportunity resulting in a number of fights. In one such struggle Brendan hit himself in the nose, causing it to bleed, and told everyone Hugo hit him. Despite Hugo protesting his innocence, everyone thought he had done it and the situation caused a lot of Austin history to be brought to the surface. This ended up being a good thing as their issues got resolved and the boys bonded before Brendan left the Bay with Gina. Hugo also discovered why Brendan has such a problem with blue cars which allowed him to understand Brendan better.

Brendan made a return visit to the Bay for his 21st birthday, having a party in the surf club. He began making comments about Gina