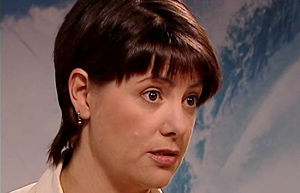 After Mitch and Hayley had found Sarah McKay dead in a storm drain in 2000 they set about trying to have a drop-in centre opened in Summer Bay. Janice D’Angelo, a DOCS worker worked with them to try and organise some of the necessary steps to get the centre up and running, and was able to talk Shelley Sutherland into taking on the position of counsellor at the centre.

Janice returned in 2001 to organise a home for Toni Davidson, after the discovery that she had been living with her abusive father, and the fact that her grandfather had admitted honestly that he didn’t think that he was the one to be looking after Toni.