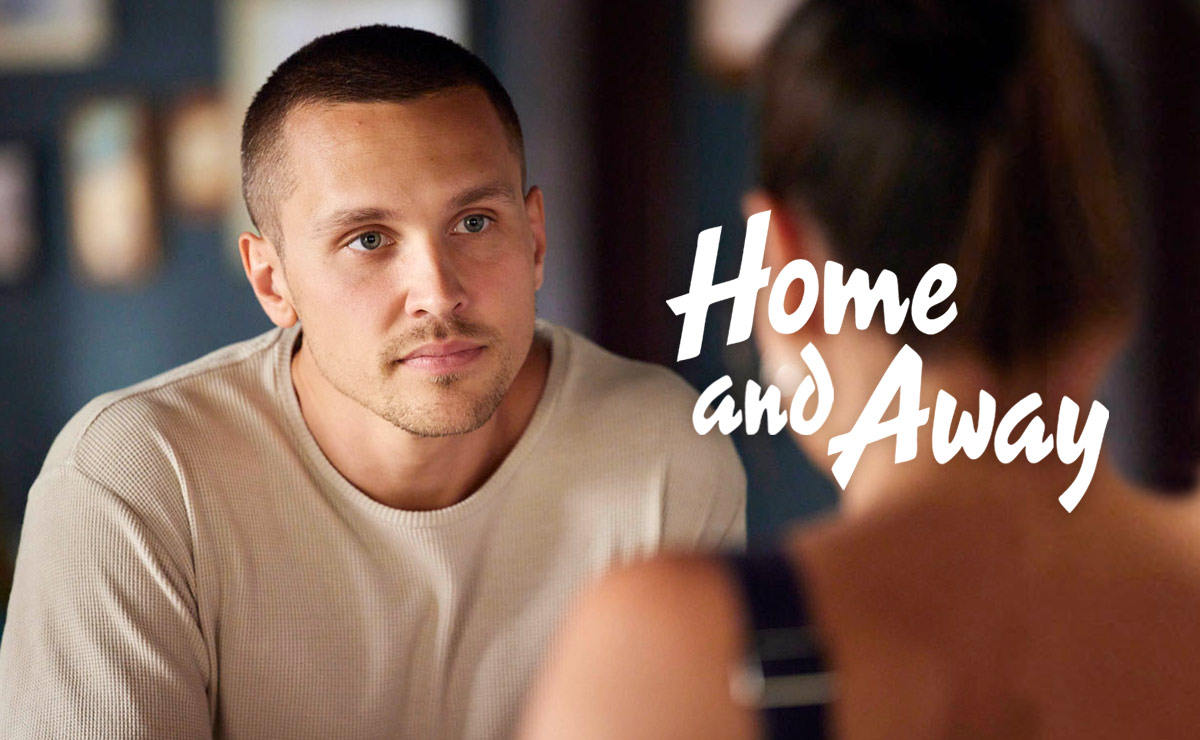 Coming up next week on Home and Away in the UK, all eyes turn on Dean as the investigation into PK’s death begins, whilst Xander is Logan’s only hope as his life falls apart around him…

Peter ‘PK’ King (Ryan Johnson) managed to make an enemy of several people in Summer Bay over the past few weeks, so it’s no huge surprise when his dead body winds up on the beach! 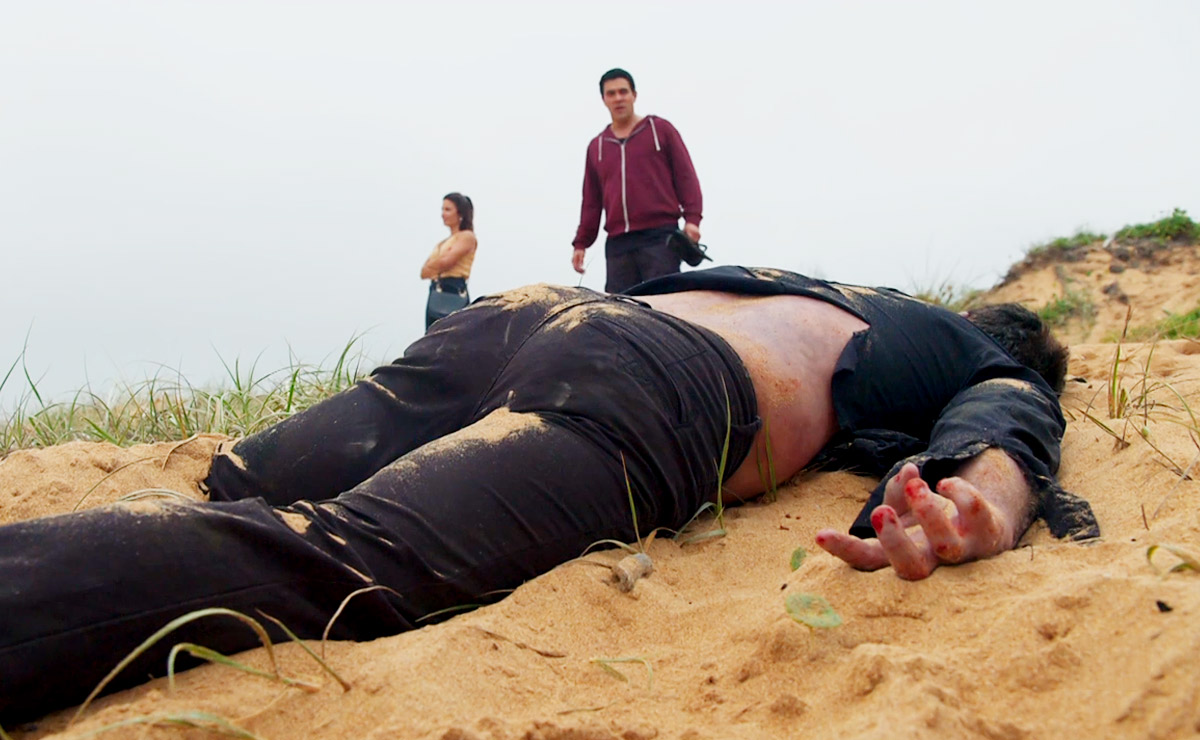 It was Justin (James Stewart) and Leah (Ada Nicodemou) who made the gruesome discovery last week, and when local copper Rose (Kirsty Marillier) took a look at the deceased’s driving licence, it didn’t take long for her to note the initials and make the connection to the mysterious figure Felicity (Jacqui Purvis) had spoken of.

As the investigation commences this week, it becomes obvious from PK’s body that he’d received a beating shortly before his death, which occurred 2-3 days before he was dumped on the beach. 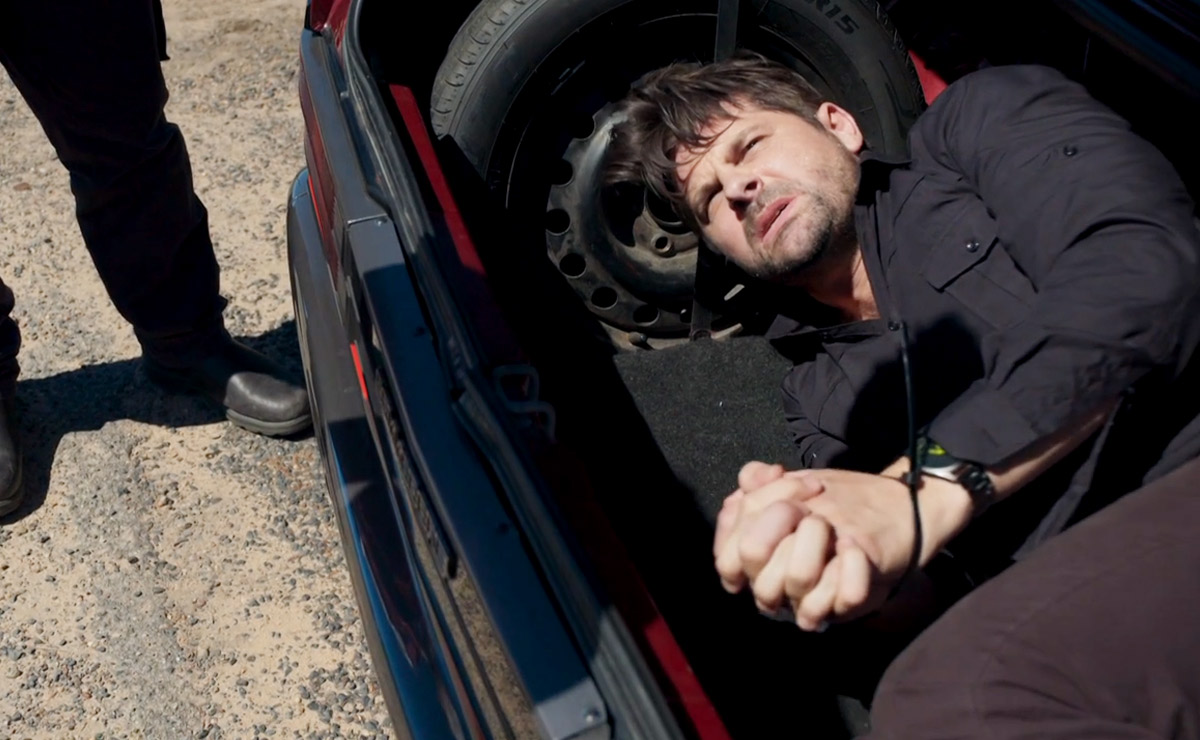 Of course, the last time we saw PK alive was when he’d been bundled into the boot of a car by Dean’s (Patrick O’Connor) River Boy buddies. PK told Dean that he’d regret his actions, but Dean was unfazed. 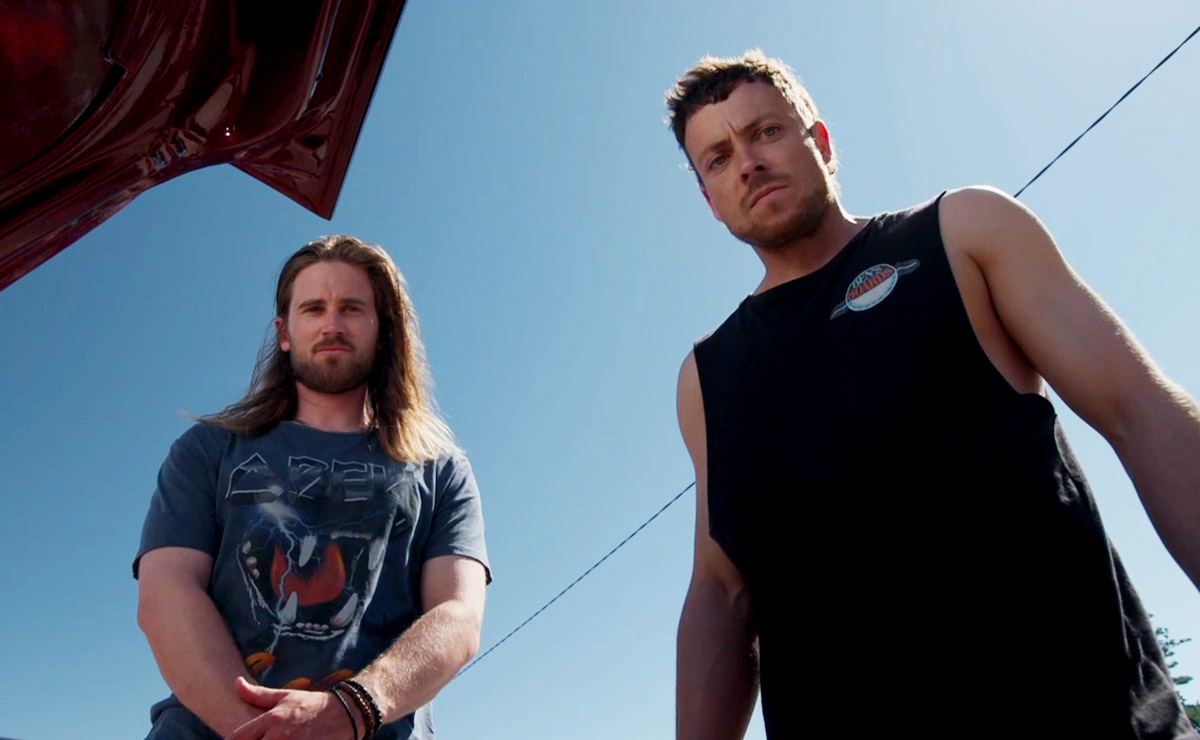 We don’t know what happened next, but when Dean returned to the farmhouse, his knuckles were bruised and covered in blood. Ziggy (Sophie Dillman) was understandably concerned, knowing that the guys had planned to go after PK, but Dean refused to tell her anything.

Dean’s crypticness only continues when Mackenzie (Emily Weir) explains that she’s afraid of PK or his mates showing up again at Salt, following the armed robbery which saw Tane (Ethan Browne) stabbed. Dean assures her that she won’t have to worry about PK again, as he’s “sorted it“.

Gathering intel, Rose and Cash (Nicholas Cartwright) head around to the Parata house to talk to Flick, who has to think on her feet by telling them that Mac was in debt and PK had paid off a large chunk of it. Mac’s boyfriend Logan (Harley Bonner) is also present and can’t believe what he’s hearing—up until now he’s been kept in the dark about the extent of Mac’s problems. 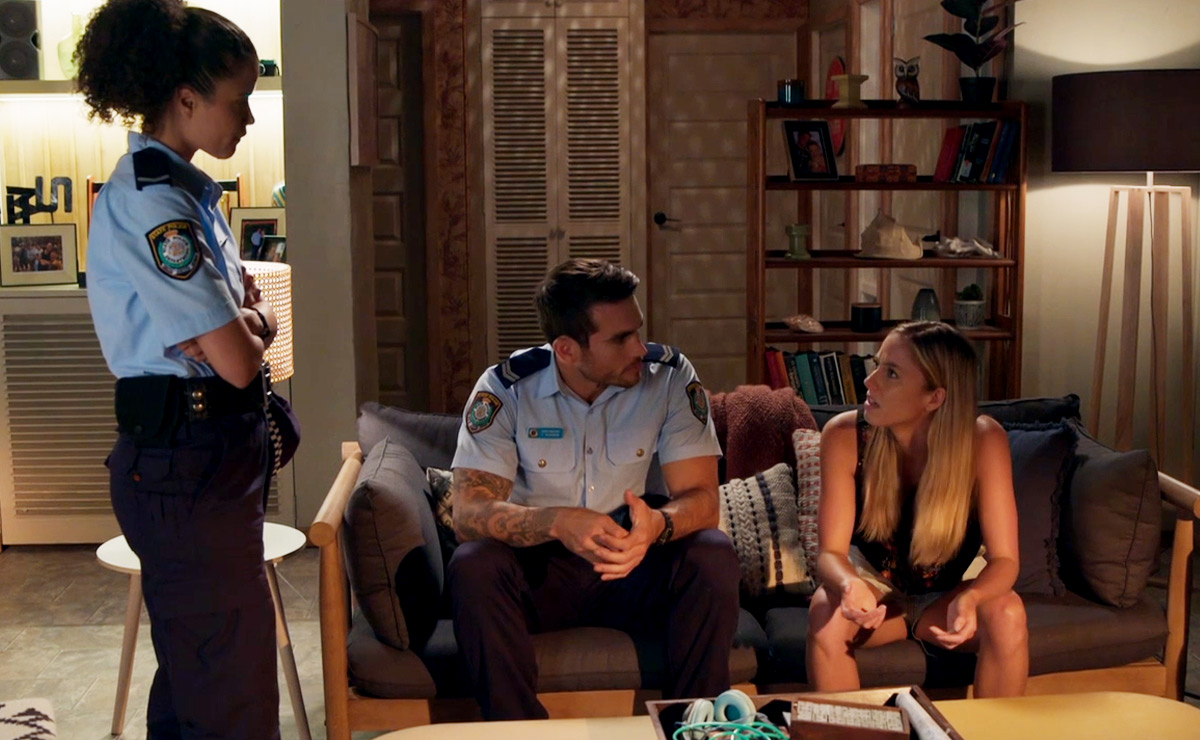 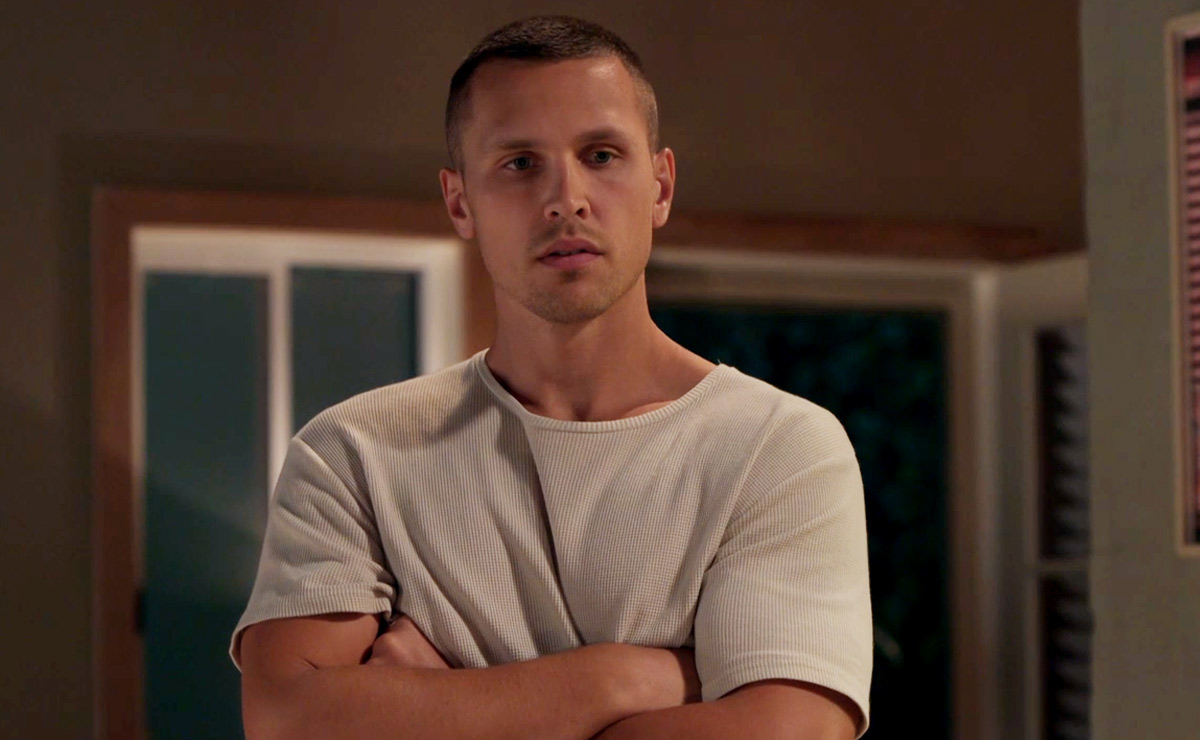 When Rose and Cash are gone, Logan demands answers from Flick, and being annoyed with Mac herself, she confesses to Logan that Mac nearly slept with PK in order to pay off her ‘debt’ to him.

Logan and Mac’s relationship is already on the brink, after her admission to running illegal poker nights at Salt. Her hand was only forced following Tane’s stabbing, when they had to call on Logan rather than an ambulance in order to avoid police attention.

Logan was angry about the impossible situation that Mac had put him in, and has put some space between them by staying at the Paratas to keep an eye on Tane. 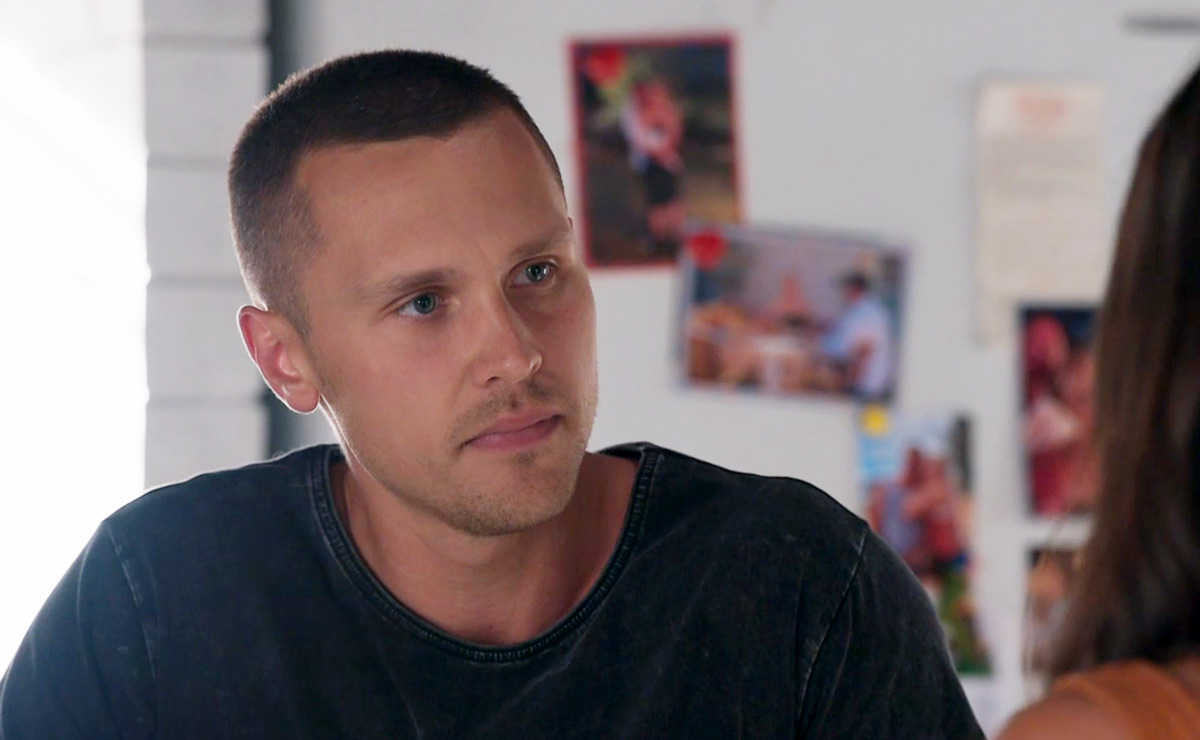 Logan confronts Mac and tells her he knows the truth about what went down with her and PK, and whilst Mac insists that she quickly shut it down because of her love for him, it’s not enough for Logan.

It’s over between them, for good! 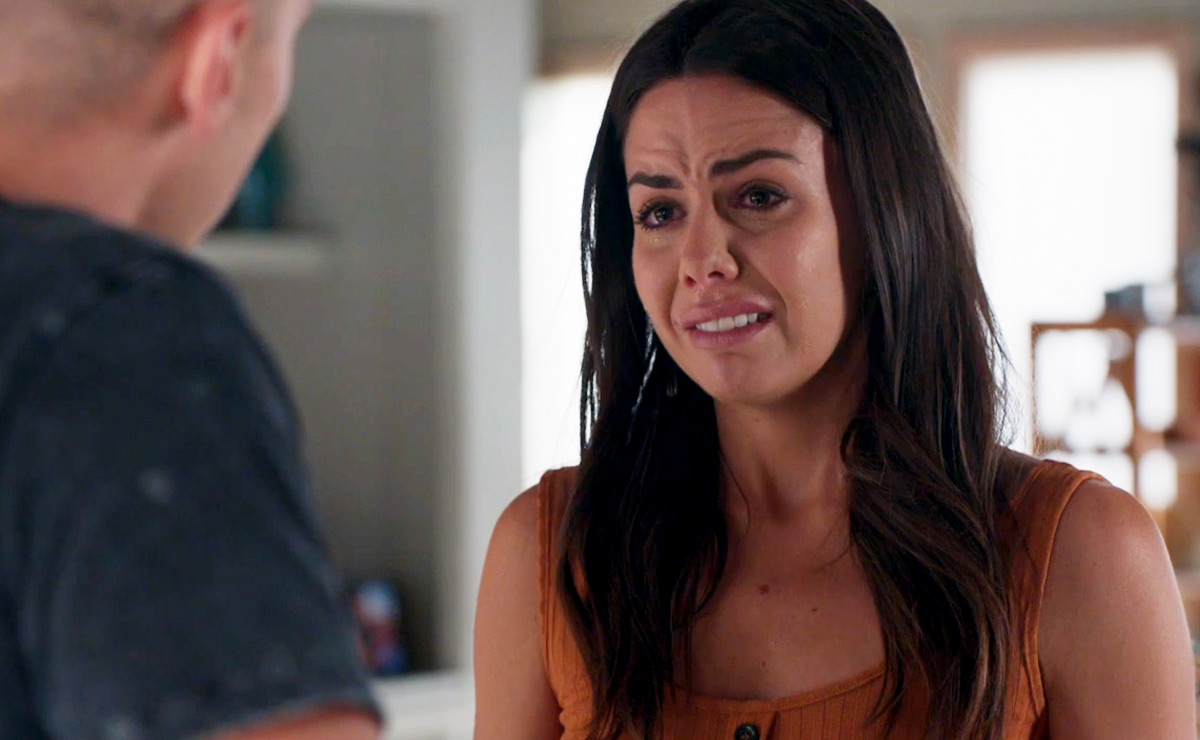 When PK’s associate Nathan (Ryan Panizza) is questioned, he’s quick to point out that the last time he saw PK was when he was in an argument with Dean.Nathan later retrieves a wrench from some bushes near the beach… and stealthily watches as Dean exits Ziggy’s car outside the surf club. What’s he up to? 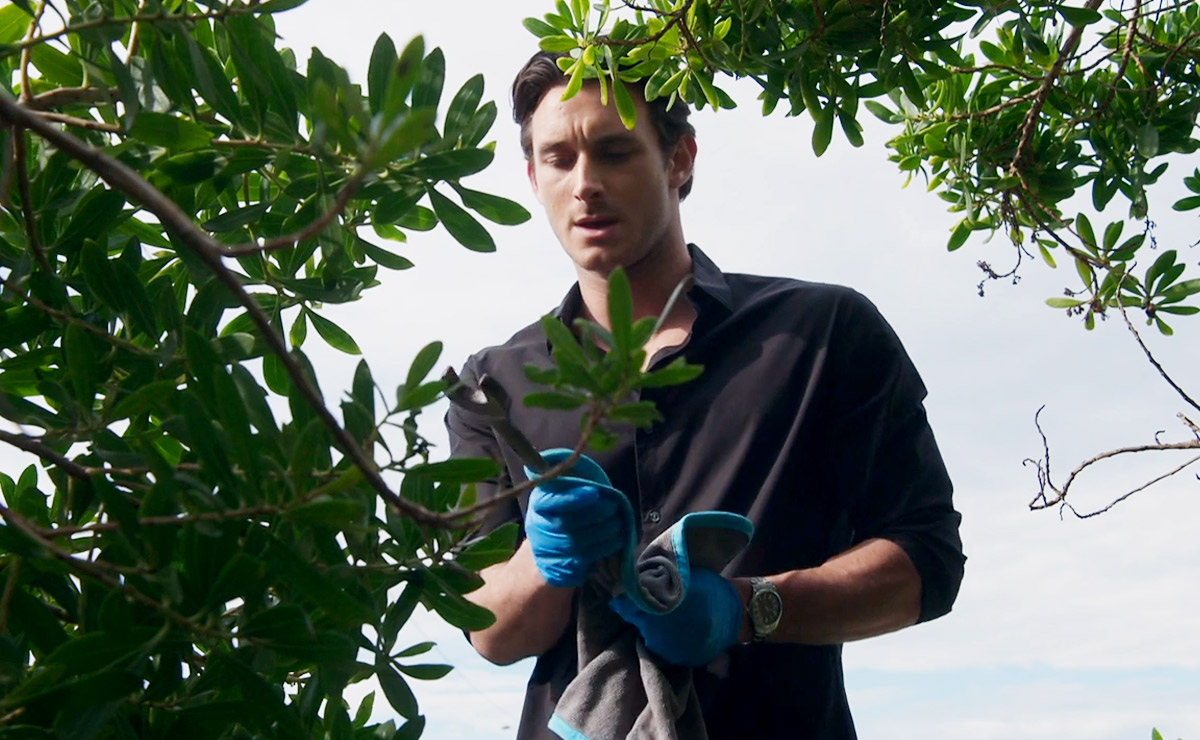 Hauling him in for questioning, Rose and Cash notice the marks on Dean’s knuckles, who claims they were from surfing. Ziggy is able to provide Dean with an alibi, stating they were both at home, but both Rose and Cash agree that she seemed twitchy and have their doubts. 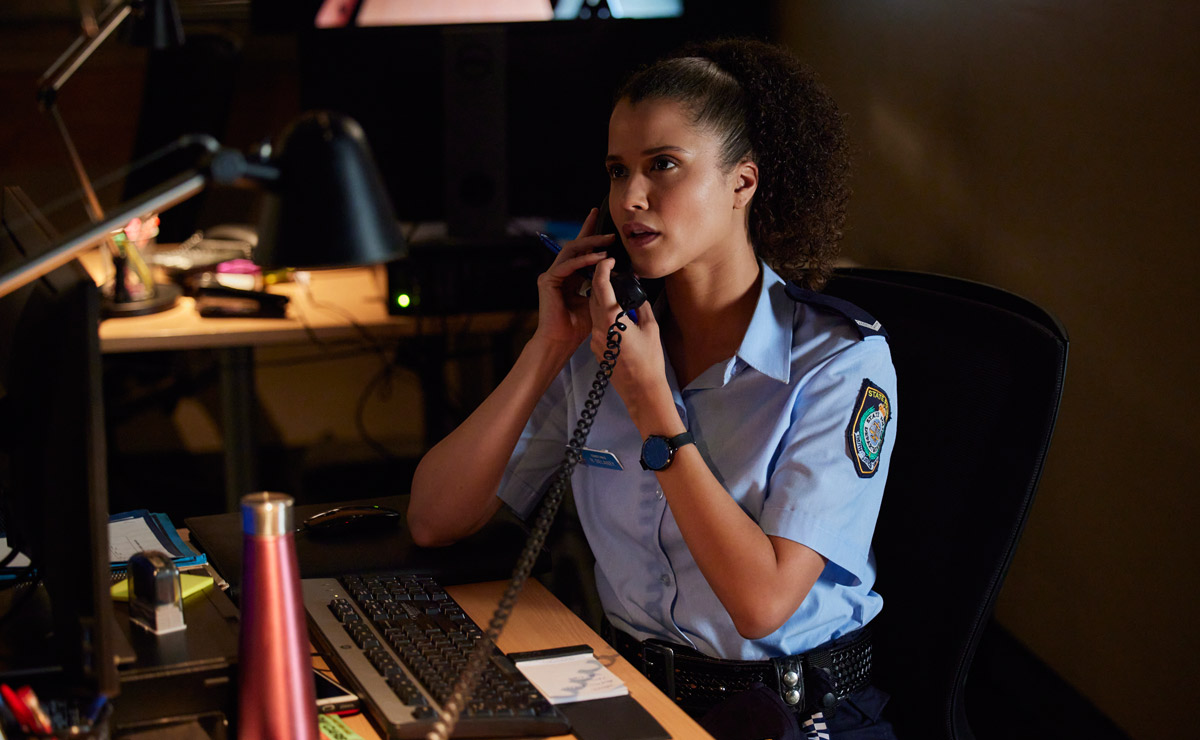 Rose later hears from the coroner who is able to confirm that the cause of death was blunt trauma to the head, possibly from a wrench… 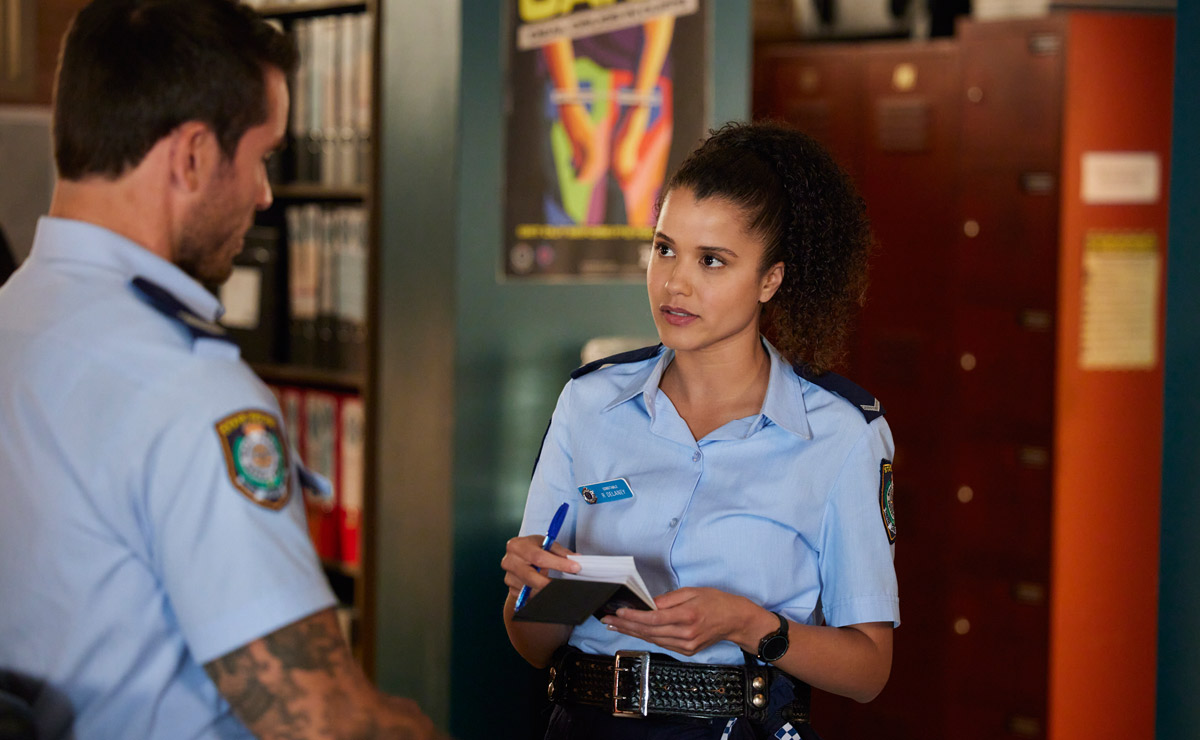 When Rose and Cash are later able to disprove Dean’s alibi, it’s enough to gain a search warrant for the farmhouse. When they’re led to Ziggy’s car outside the surf club, they find a bloodied wrench that has materialised in the boot, much to Dean’s surprise!

Dean pleads ignorance as he’s brought back in to the police station for interrogation, and whilst he finally admits to bashing PK, he swears that he was alive when they left him. 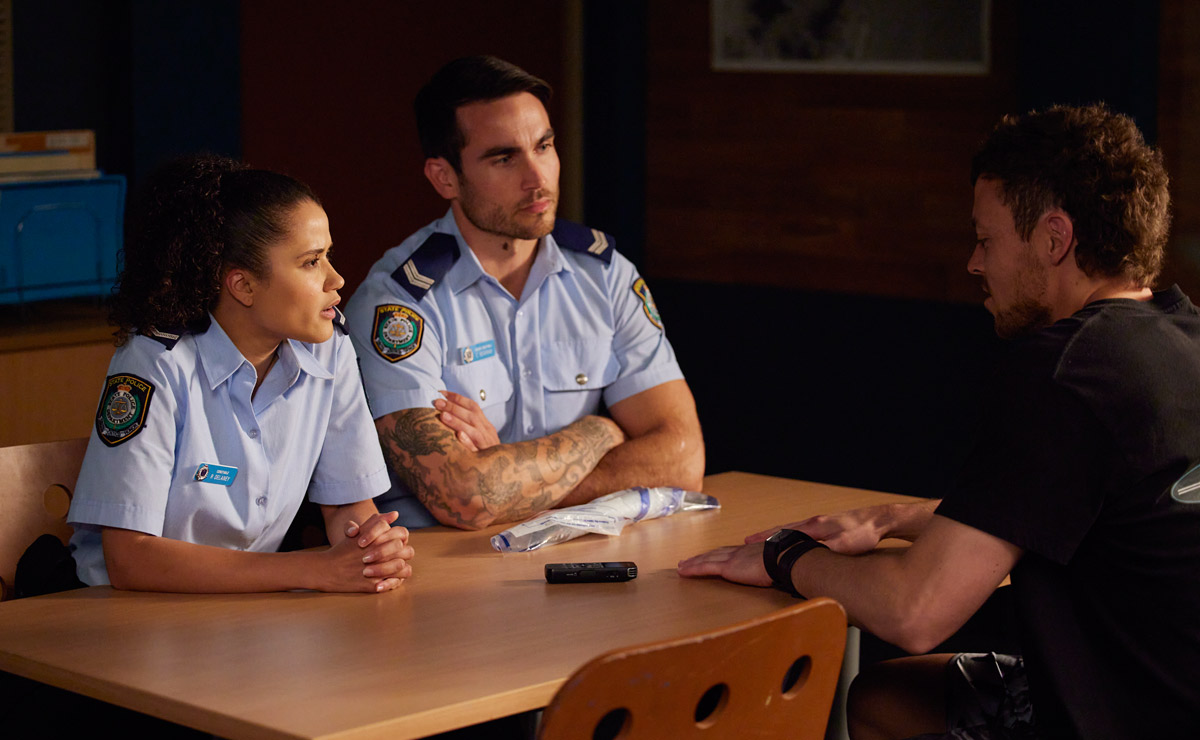 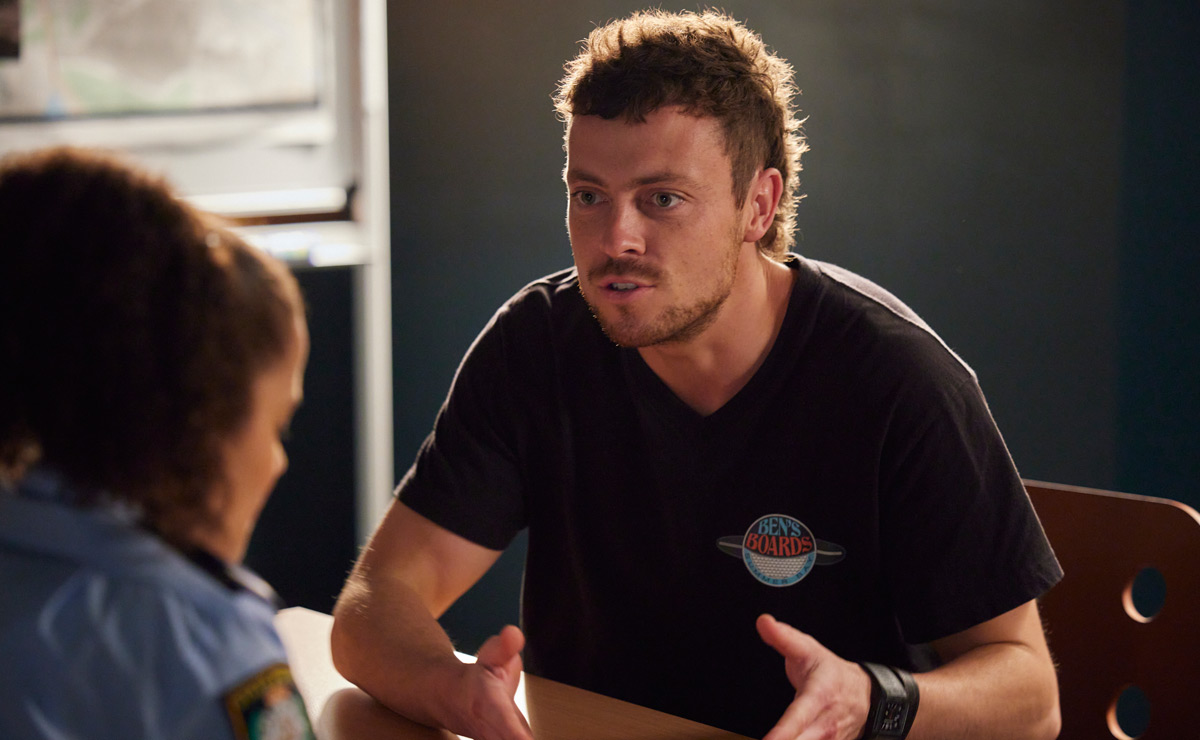 But with Dean’s prior convictions on file, and further witnesses corroborating the story about his and PK fighting, it’s not looking good…

Later in the week, it’s clear that Logan is struggling with recent events, and it only gets worse when he’s summoned to the police station to be officially charged with dangerous driving occasioning death.

Logan knew that it was a possibility, having been informed that he was speeding at the time of the crash between him and Millie (Zara Zoe). The crash killed Millie’s best mate Jo, but with both Logan and Millie suffering memory loss, the speed of Logan’s car was the only piece of evidence the police had to go on in identifying a cause. 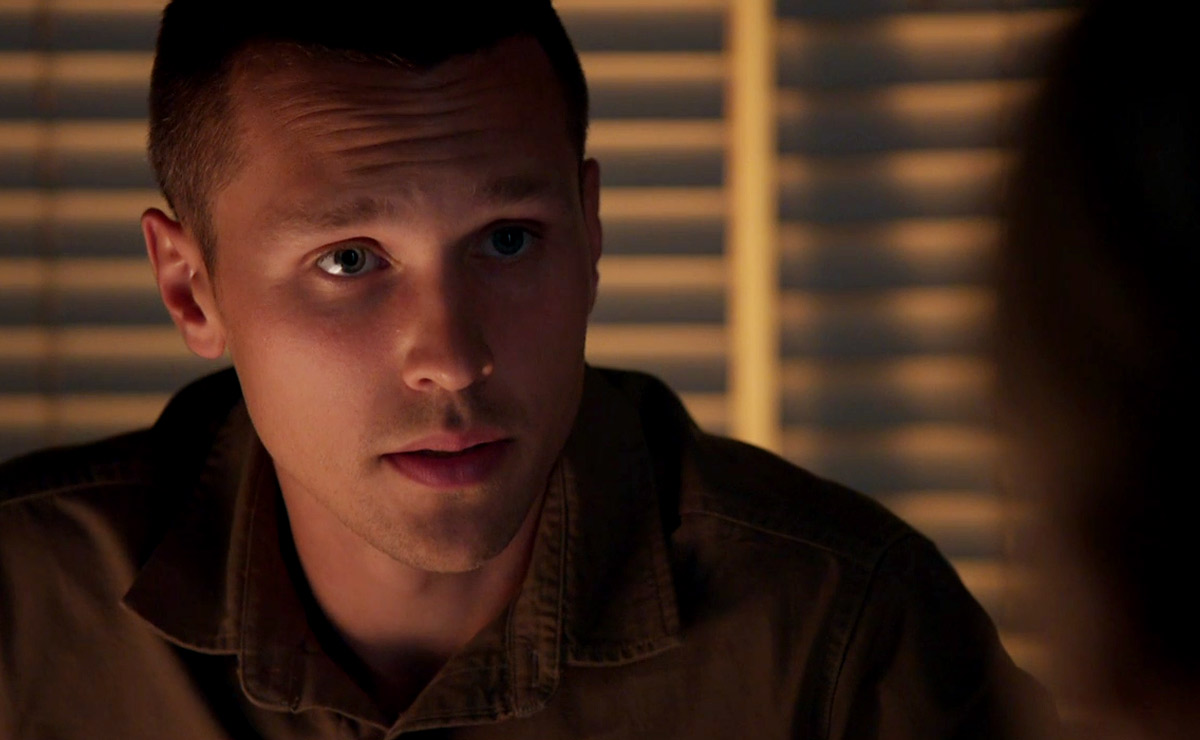 Little does Logan know however that Millie’s memory of the accident returned to her last week—she had received a text message and taken her eyes off the road to look at her phone.

She admitted this to Xander (Luke Van Os), but then refused to go the police, fearing she would lose everything. 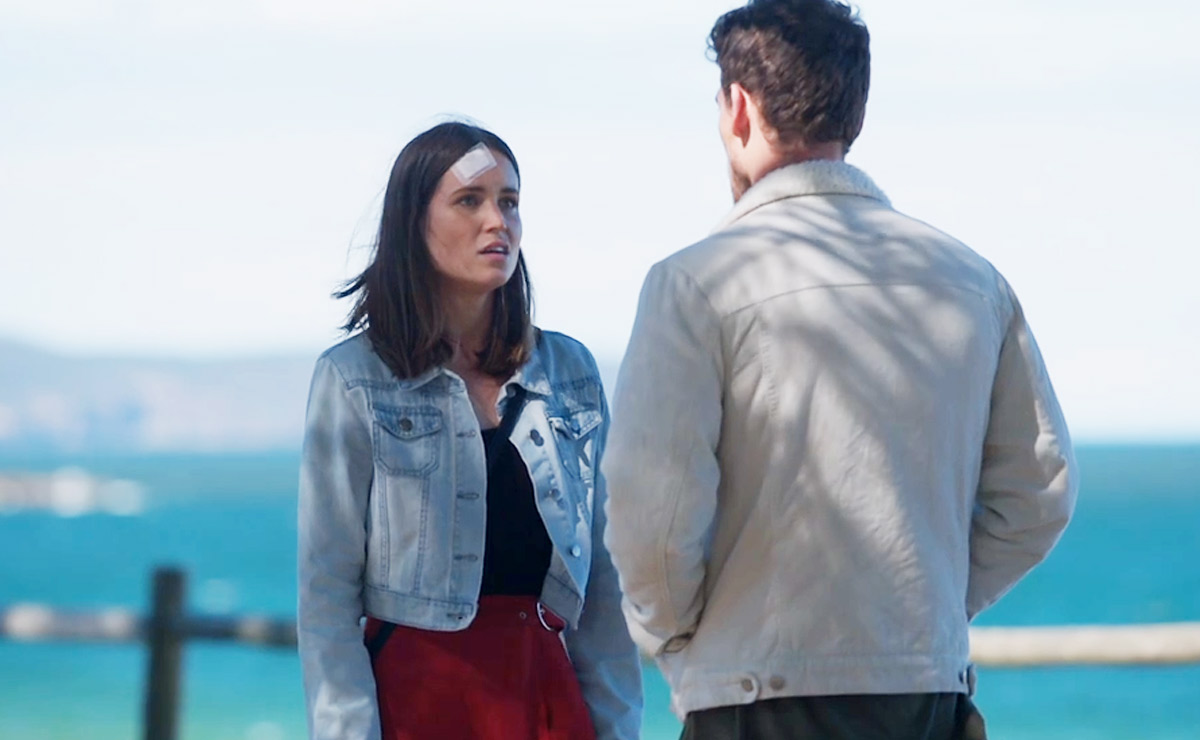 When Xander threatened to go to the police himself, Millie used her legal knowledge to do some digging, and found that Xander had previously been served with an AVO. She used this to blackmail Xander, vowing to accuse him of stalking her if he spoke up about the accident.

This week Xander comes clean to Jasmine (Sam Frost) about Millie’s ultimatum. He explains that the previous AVO had come from his falling for a woman who’d told him she was running from an abusive boyfriend, but was in fact just using Xander to make him jealous. 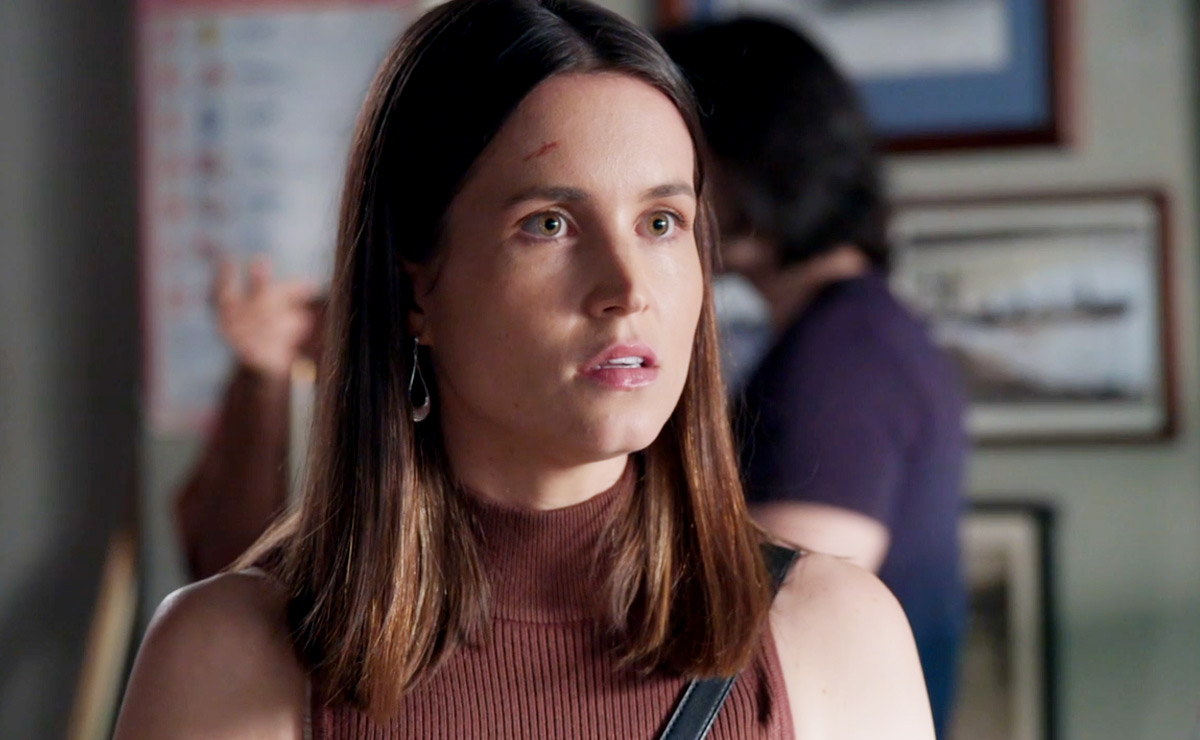 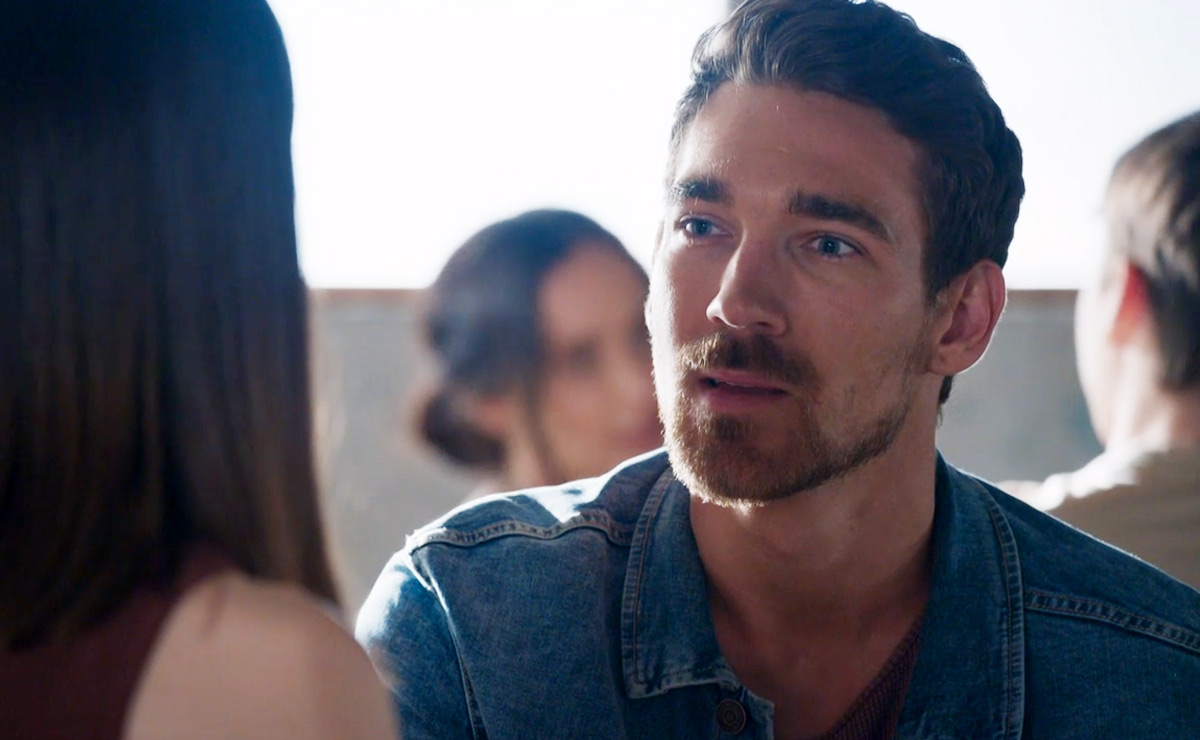 When Millie meets Xander again later in the week and hears that Logan has been charged, she’s still determined to let him take the rap.

As Xander tries to make her see sense, she raises her voice in the middle of the surf club, telling Xander to stop harassing her. With Roo (Georgie Parker) and others as witnesses, she has Xander exactly where she wants him… 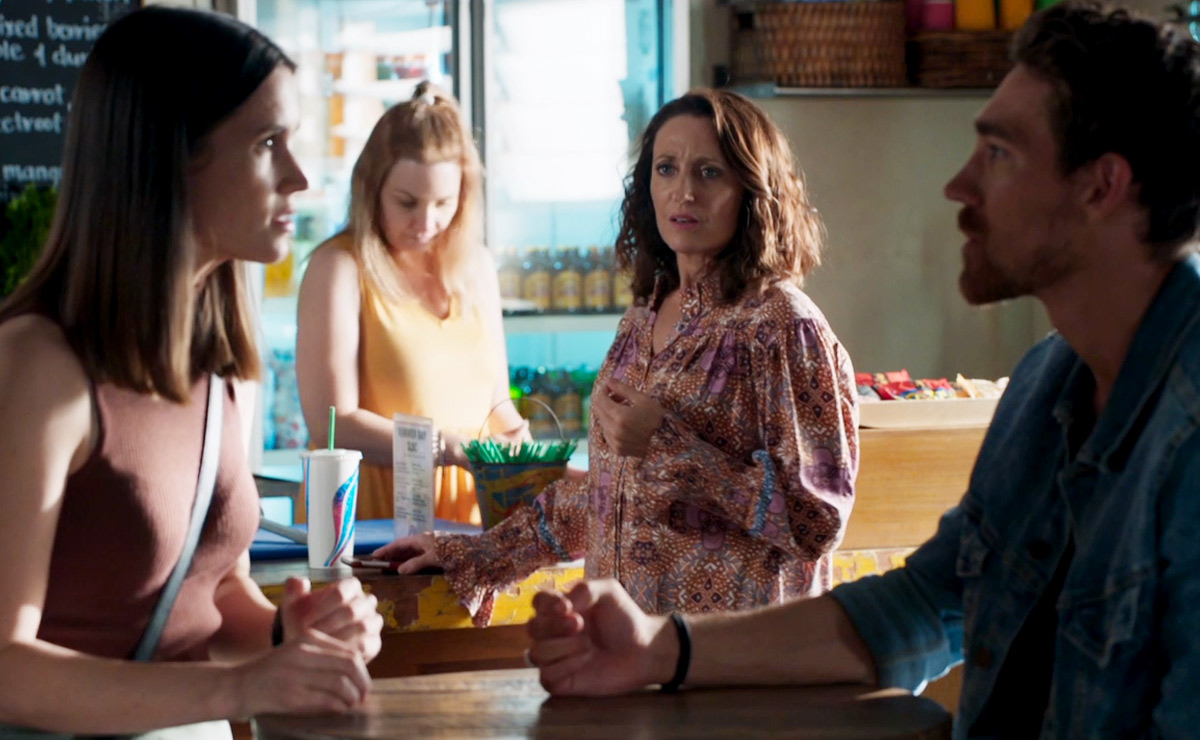 In the end, Xander knows what he has to do, even if it means putting his own career on the line, and makes his way down to the police station to report some new information on the crash… 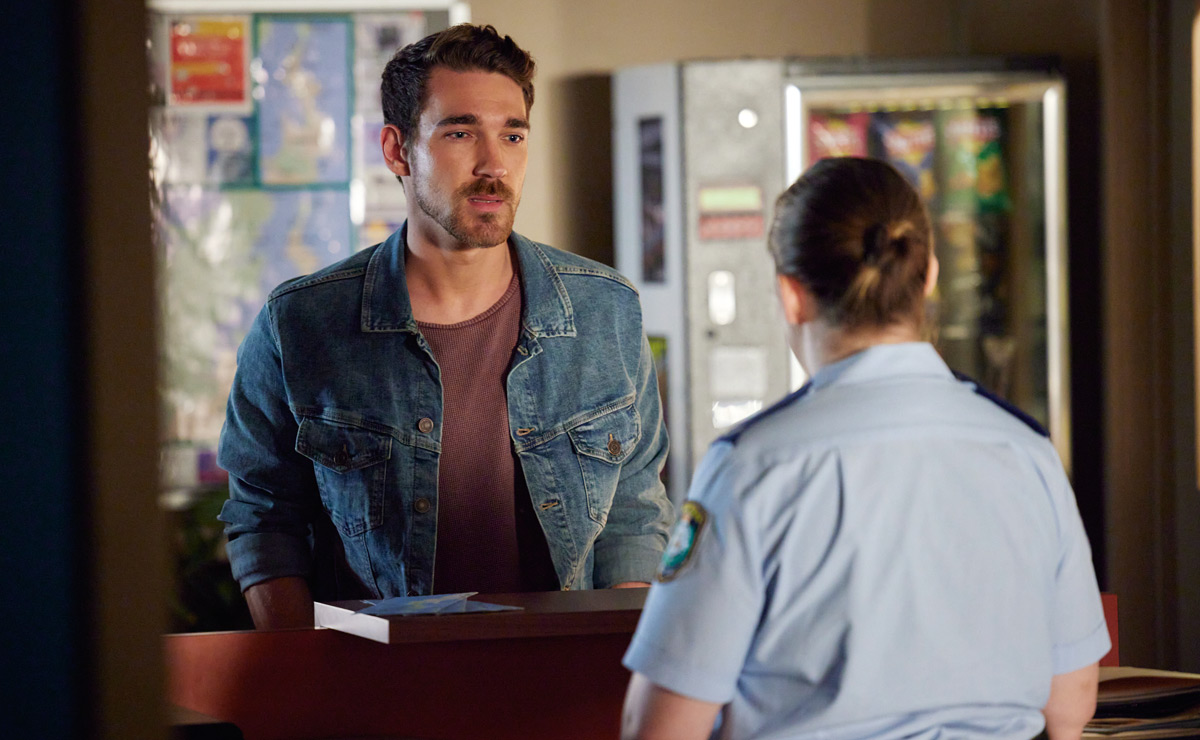 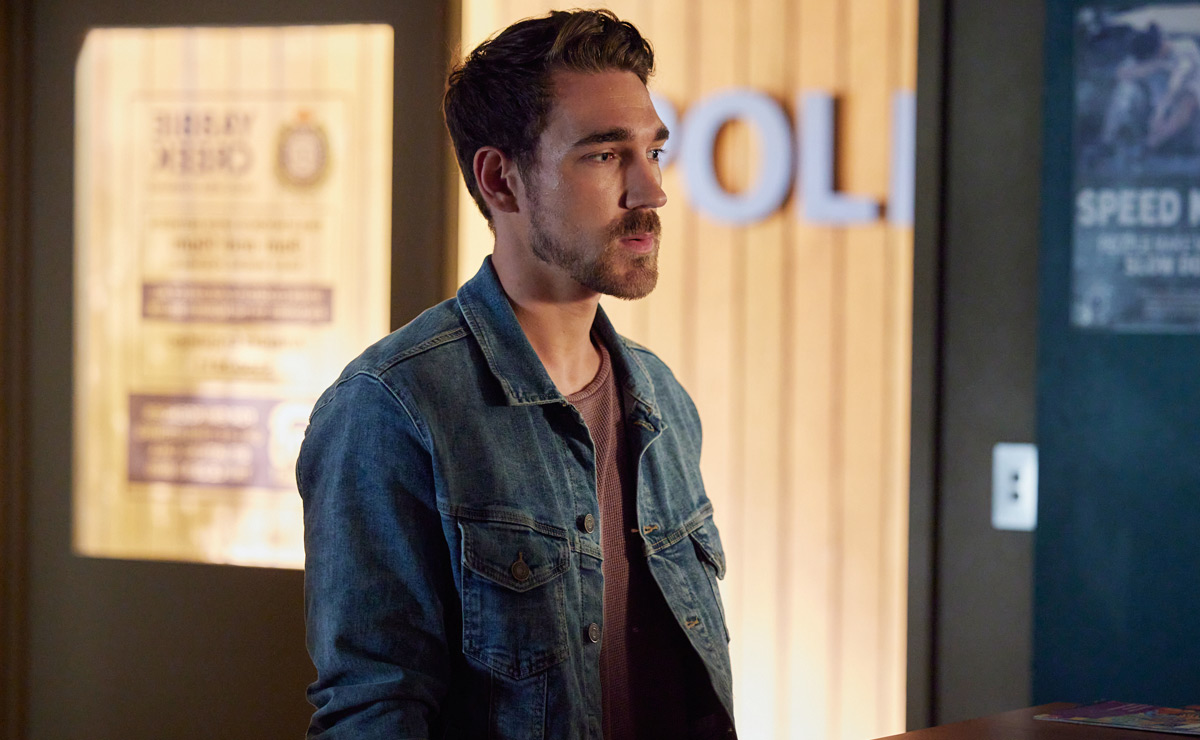 At the same time, a drunken Logan stumbles into the surf club shouting for Mac, at his lowest point yet… will Xander come through for him?

Is Dean the prime suspect for murder? Mac & Felicity’s feud boils over. Bella gets a dream proposal.

Will Nikau obstruct Bella’s dreams? Mackenzie rekindles an old flame. Roo refuses to leave Martha’s side. Is Dean being framed for murder?

Leah grills Chloe about her romance with Theo. Martha and Roo face recovery apart. Will Nikau decide to pursue his own dream over Bella’s?

Has Leah’s meddling ruined Theo’s love life? Logan goes off the rails. Will Xander sacrifice himself for Logan?