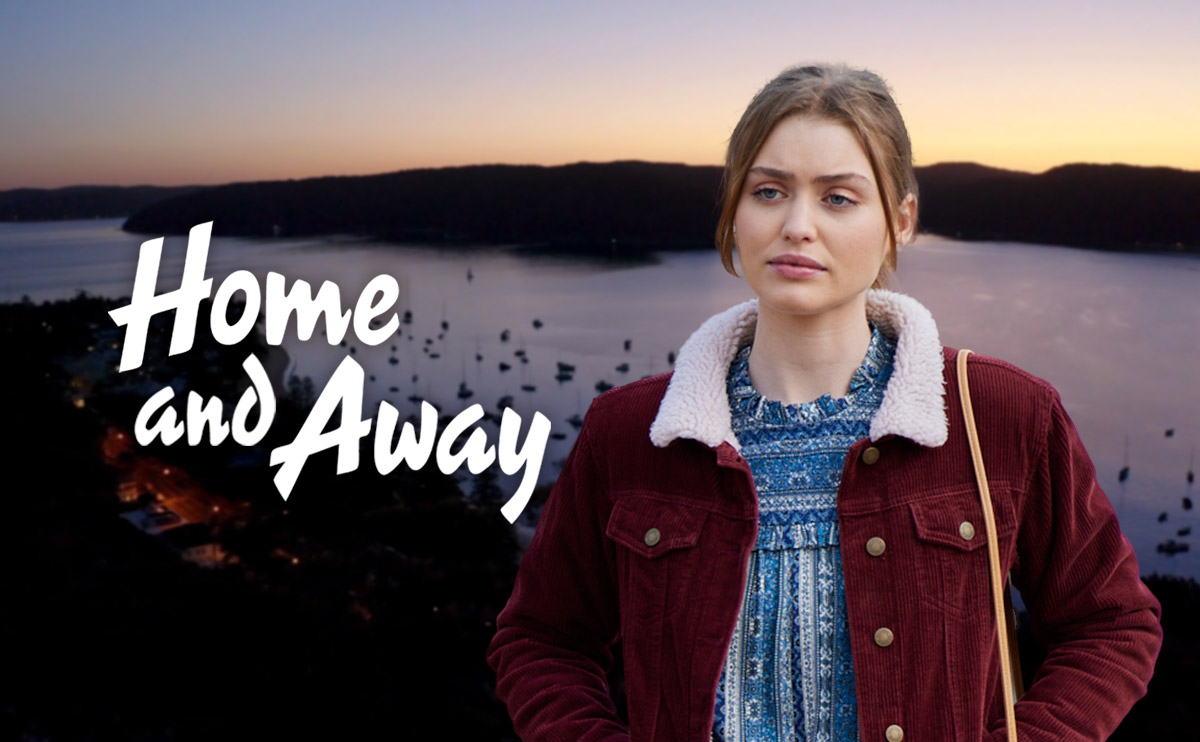 Coming up this week on Home and Away in Australia, Jasmine doesn’t react well to Cash’s birthday surprise, whilst Bella rushes to save Chloe from drowning.

Jasmine Delaney (Sam Frost) and Cash Newman’s (Nicholas Cartwright) romance is still in the relatively early stages after his arrival in Summer Bay last year, but this week Cash is shocked to learn from sister Felicity (Jacqui Purvis) that it’s actually his girlfriend’s birthday! 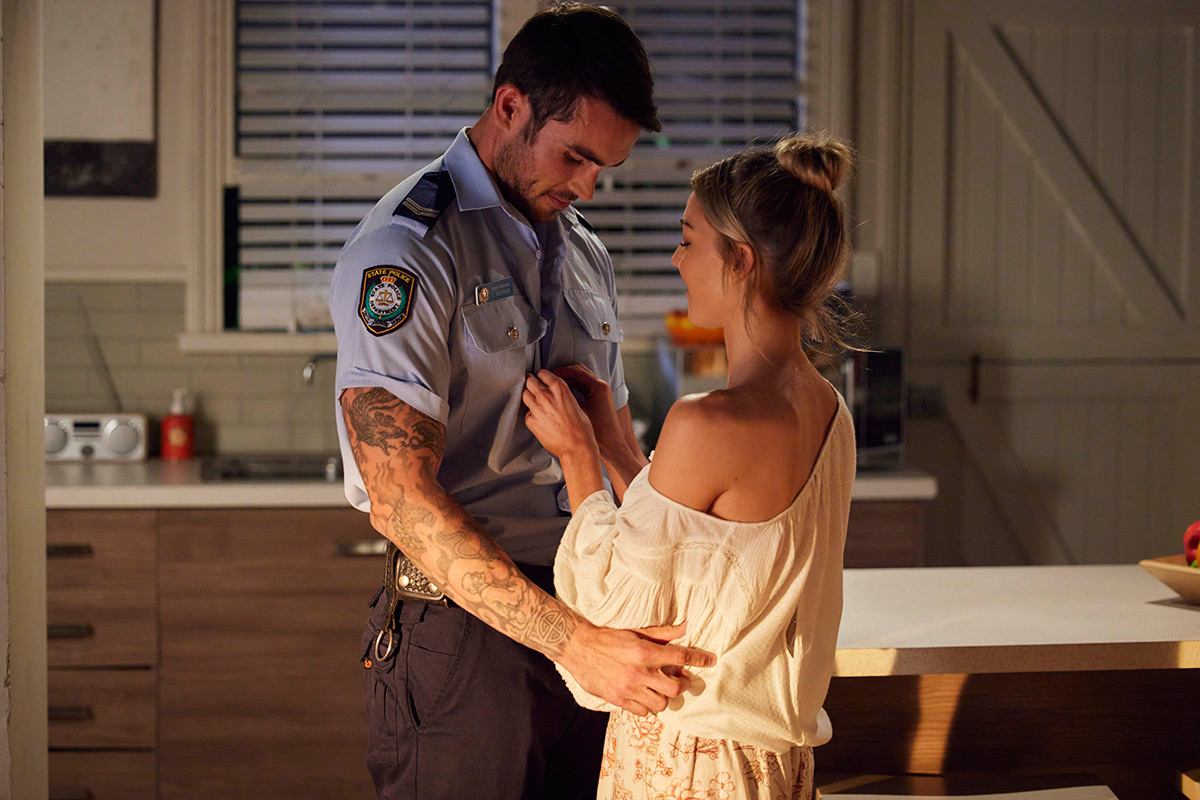 Last week saw the day of Jasmine’s birthday arrive, as John (Shane Withington) bumped into her and asked how she planned on celebrating.

Jasmine was quick to dismiss him, explaining that birthdays weren’t really her thing so wasn’t planning on doing anything.

When she then bumped into her best mate Felicity, Jasmine briefly misinterpreted her mention of celebratory drinks before realising that Flick actually wanted to celebrate her new job—realising that her friend was none the wiser about her birthday, she kept quiet about her big day.

It was Irene (Lynne McGranger) in the end who let slip to Flick about Jasmine’s birthday. 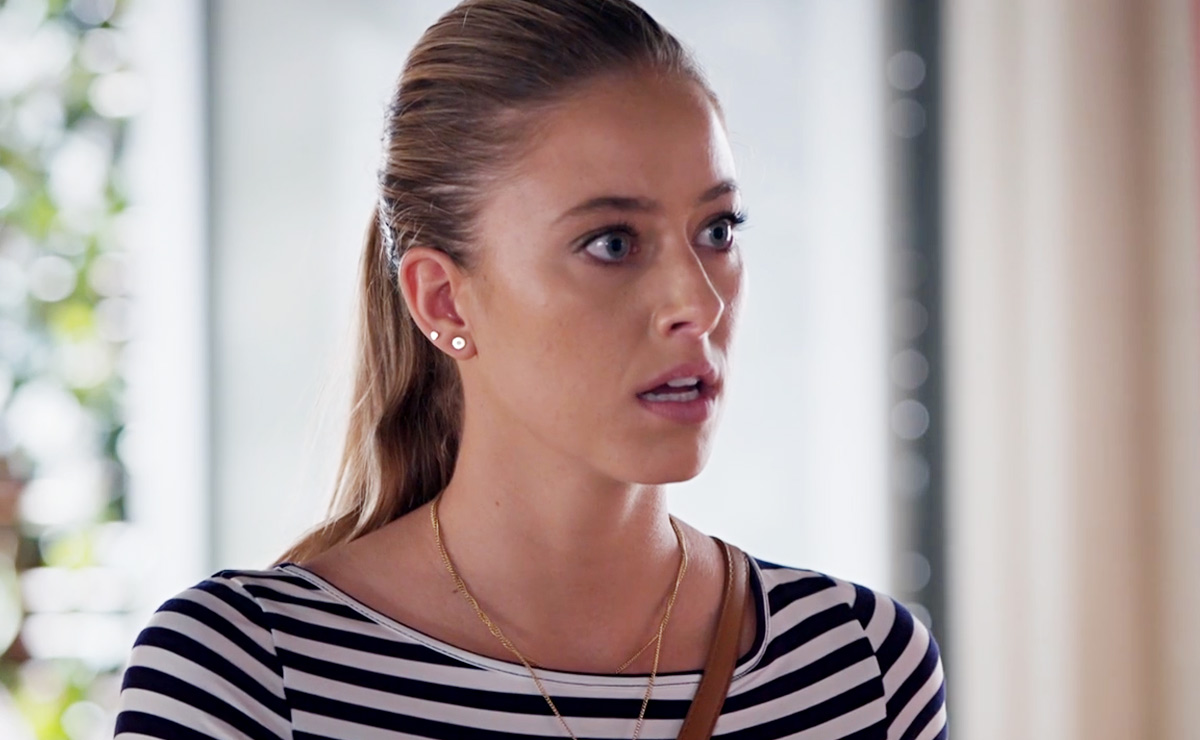 Irene had been hoping to convince Jasmine to let her cook a special roast dinner that evening, but Jasmine said it wasn’t needed. She reiterated that she really doesn’t like the attention and just wanted to let it go, but she did at least accept a birthday cookie from Irene as she left the diner. 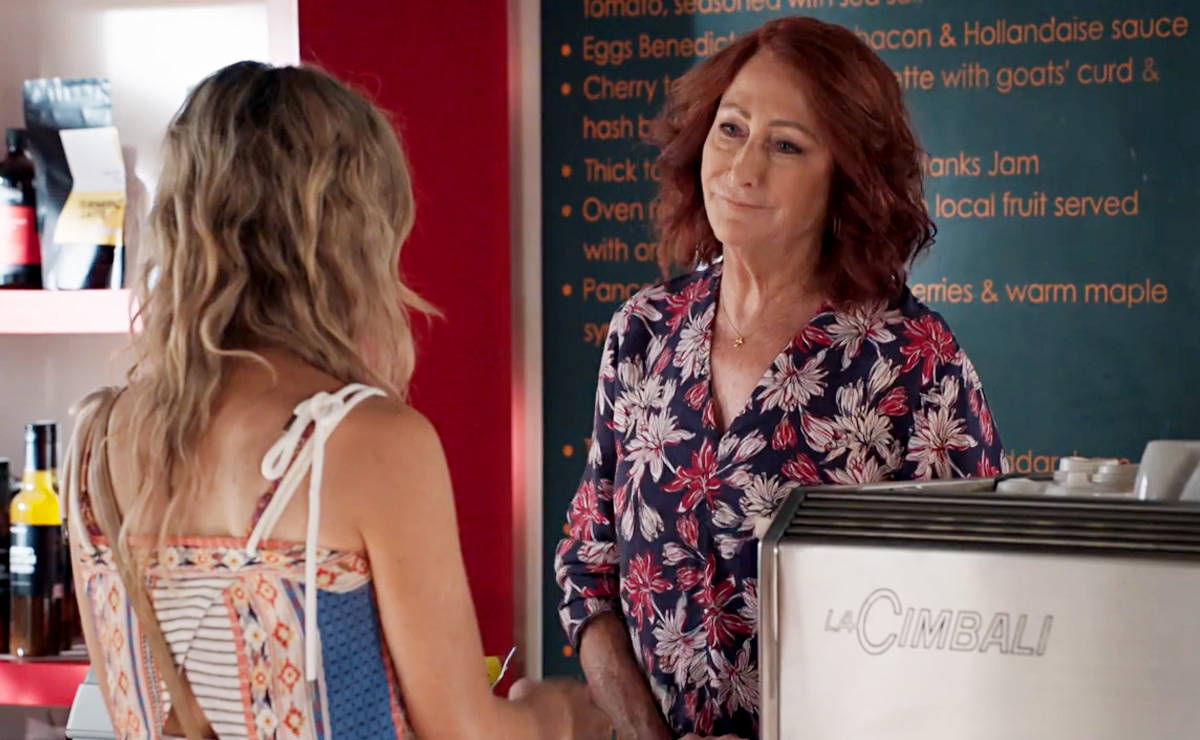 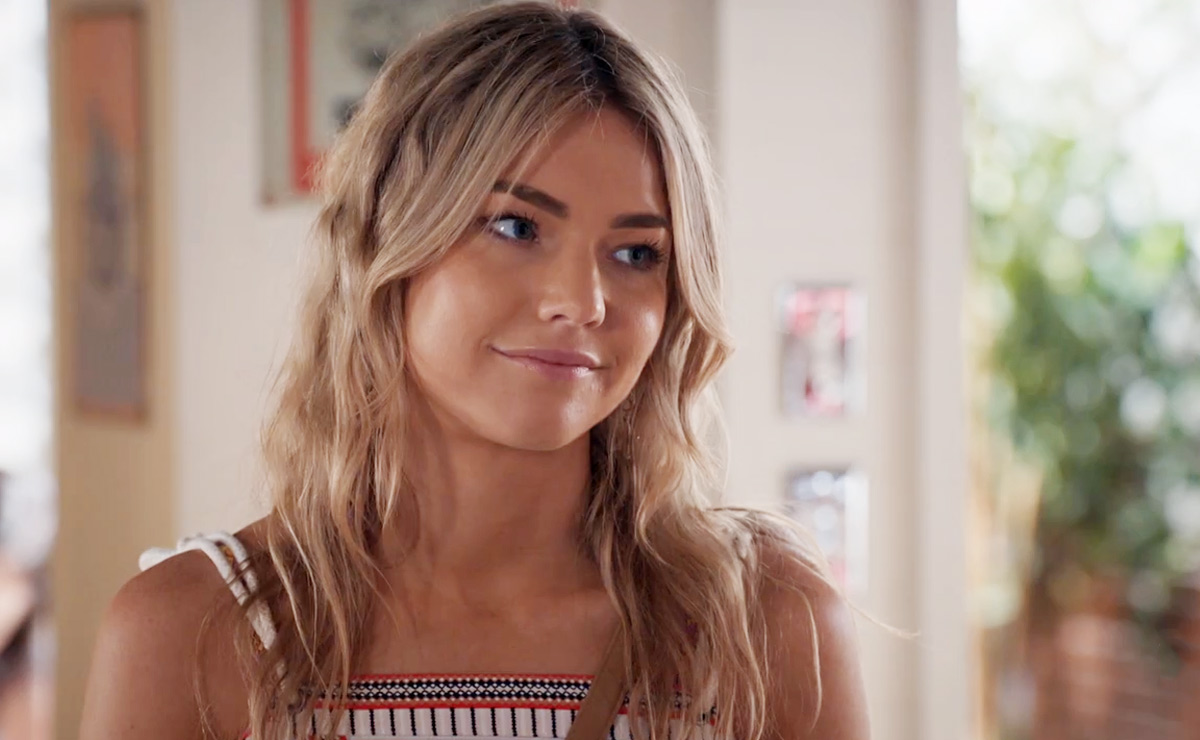 This week, when Cash comes into the diner, Flick berates him for not telling her it was Jasmine’s birthday—not expecting that he’d be as clueless as she was!

She jibes about him being a great boyfriend, and later tries to convince him that he should do something special for her.

“Jasmine is not going to dump me because I ignored her birthday,” Cash tells his sister, but his confidence wanes mid-sentence. “Would she?” 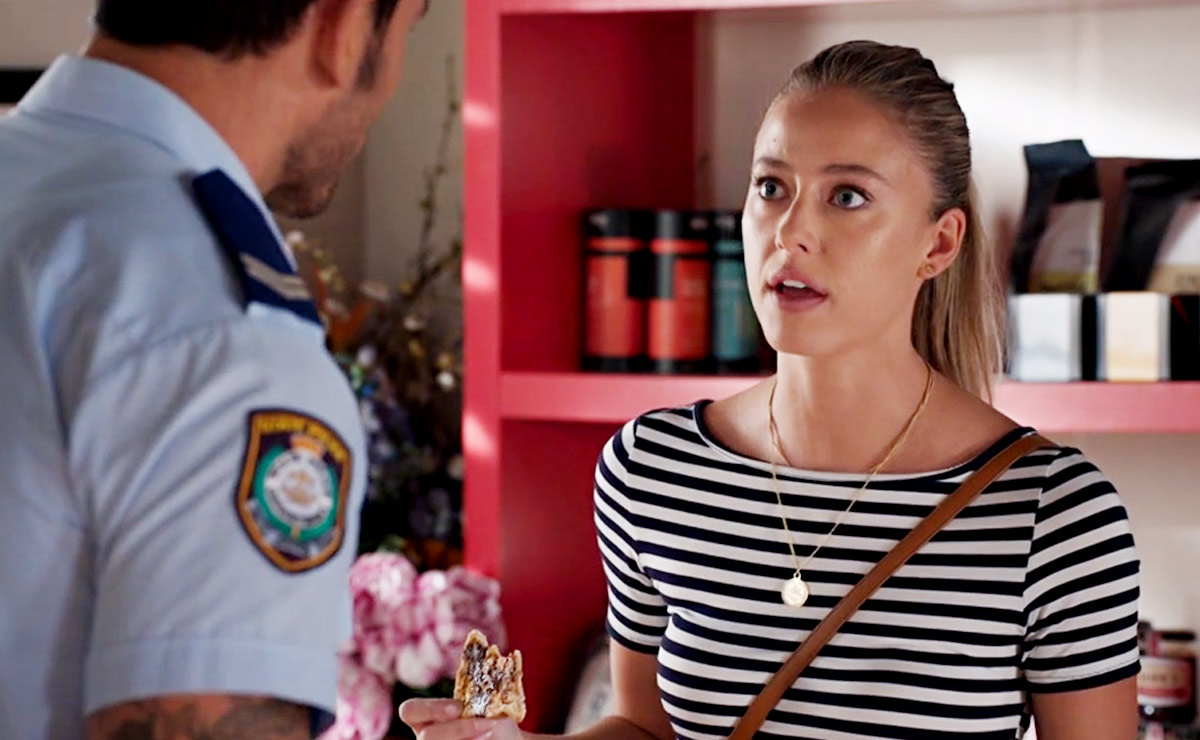 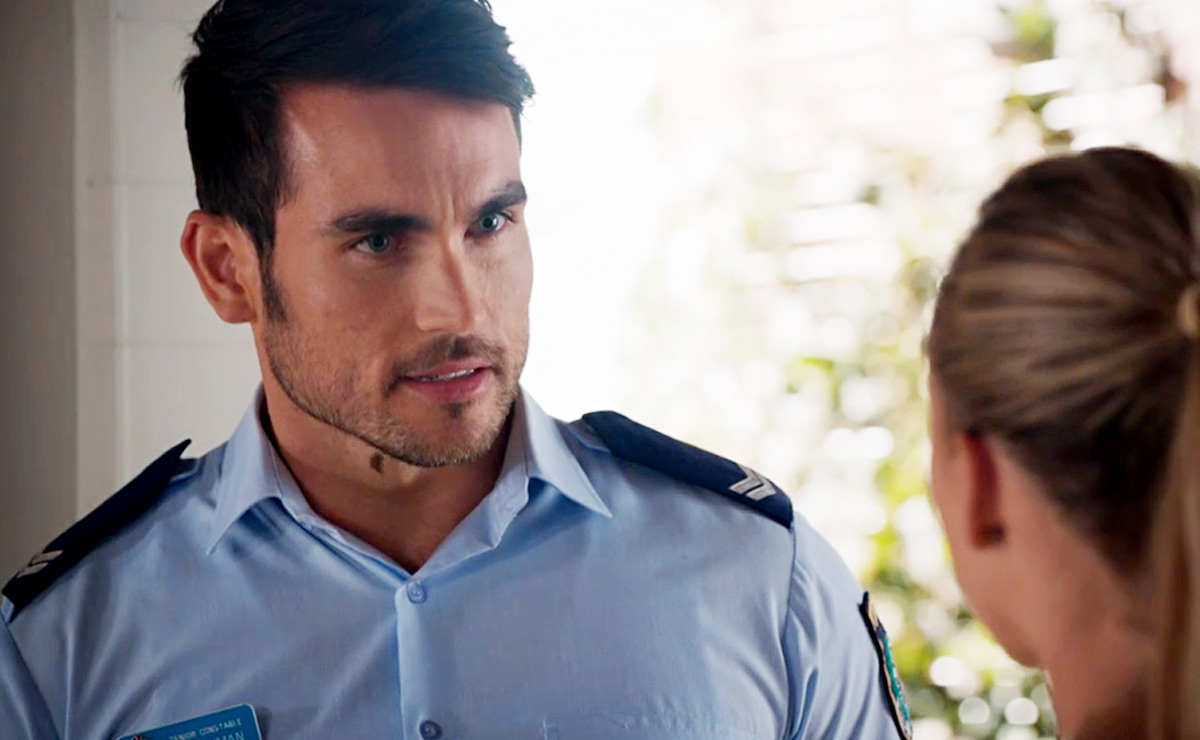 Whilst Cash may wonder why Jasmine chose not to tell him, and whether it’s best to not make a fuss, it seems he eventually gives in as Flick warns him he doesn’t want to find out the hard way whether she’d dump for not marking the occasion. 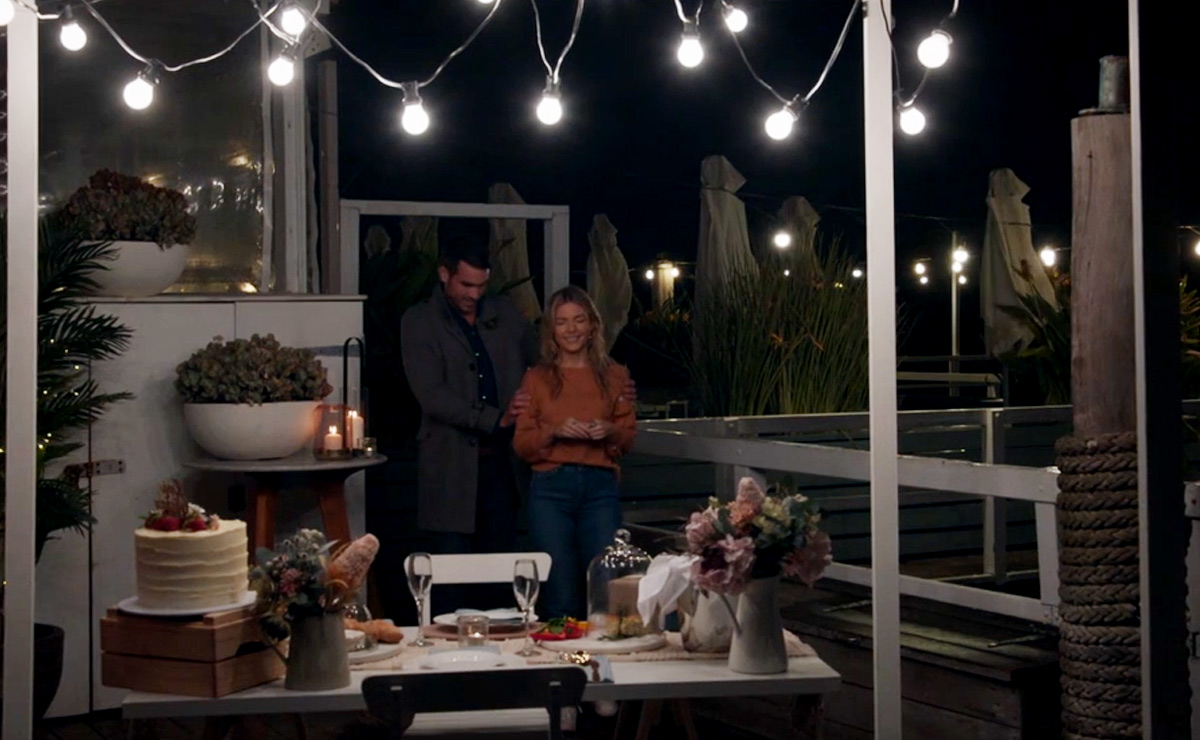 That evening, Jasmine is expecting a quiet night in when Cash tells her to close her eyes and leads her onto the pier.

When she opens them, she finds a romantic candlelit dinner set out for the two of them, with a big birthday cake as the centrepiece. 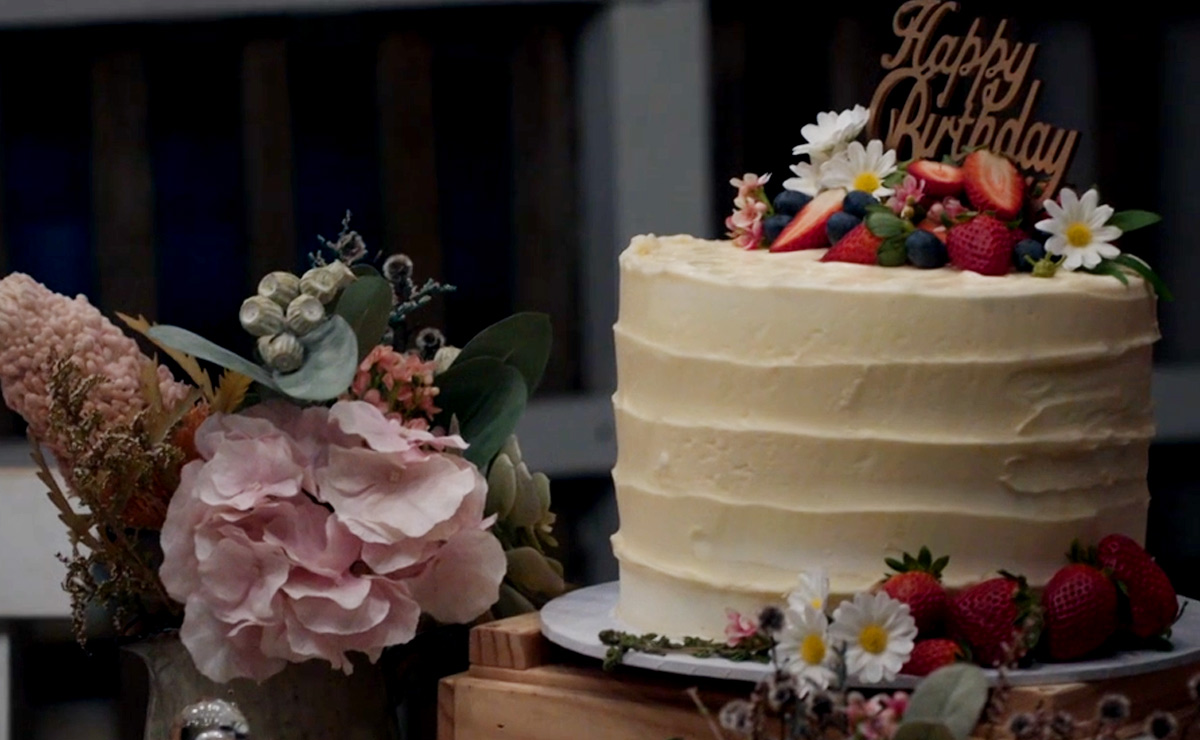 But Cash is shocked when Jasmine rejects his kind gesture. 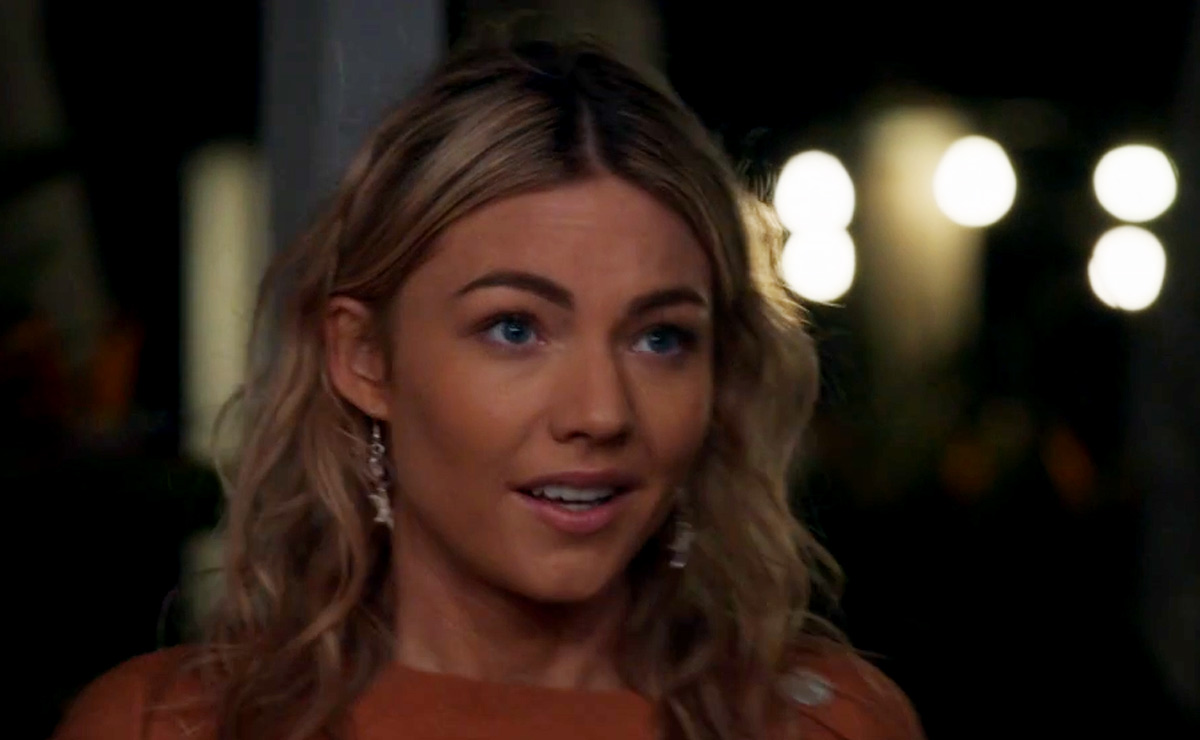 It would seem that the two aren’t at loggerheads for long though, as the promo released last week shows that after talking things through, Cash reveals to Jasmine that he’s in love with her.

Jasmine admits that she feels the same way, and the two share a kiss. 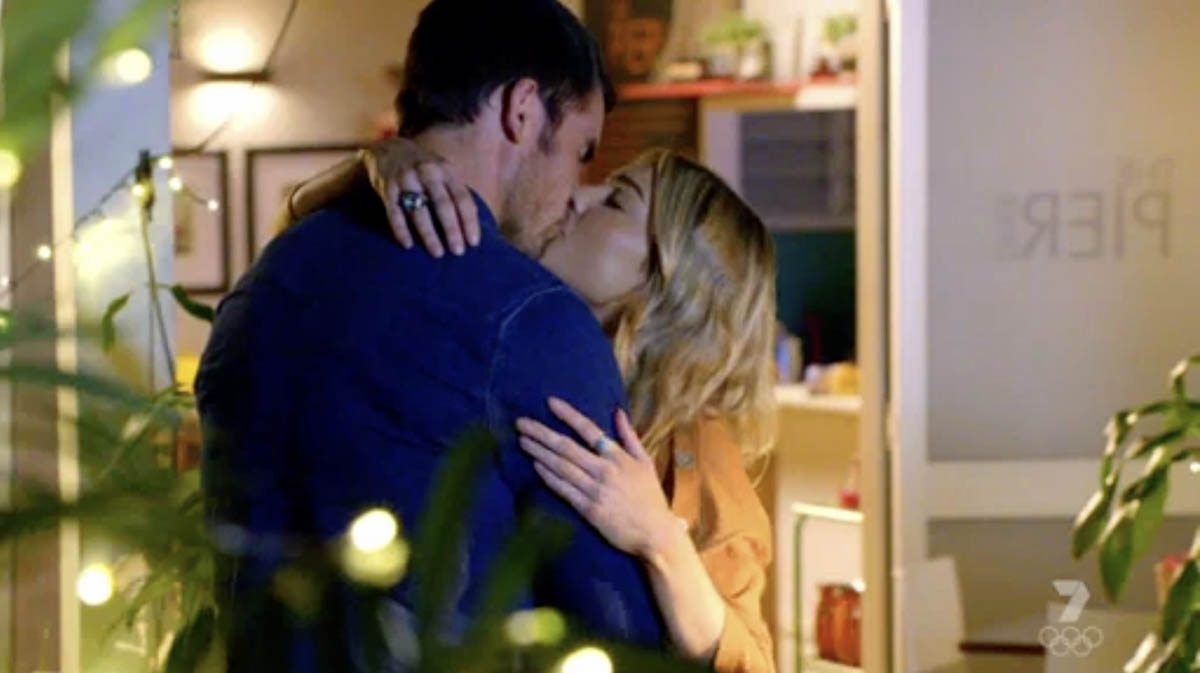 However, it still begs the question—just why is Jasmine so reluctant to celebrate her own birthday?

And how will the pair ever stop Felicity from acting as their third wheel…?

Elsewhere in Summer Bay, there looks to be a shocking development as Chloe (Sam Barrett) continues to struggle with Ari’s imprisonment.

Chloe has been wracked with guilt since inadvertently killing her biological father Matthew Montgomery (James Sweeny), after hitting him over the head as he grabbed Mia (Anna Samson). It was Ari (Rob Kipa-Williams) who took the blame for the incident, and after pleading guilty, he is currently awaiting sentencing. 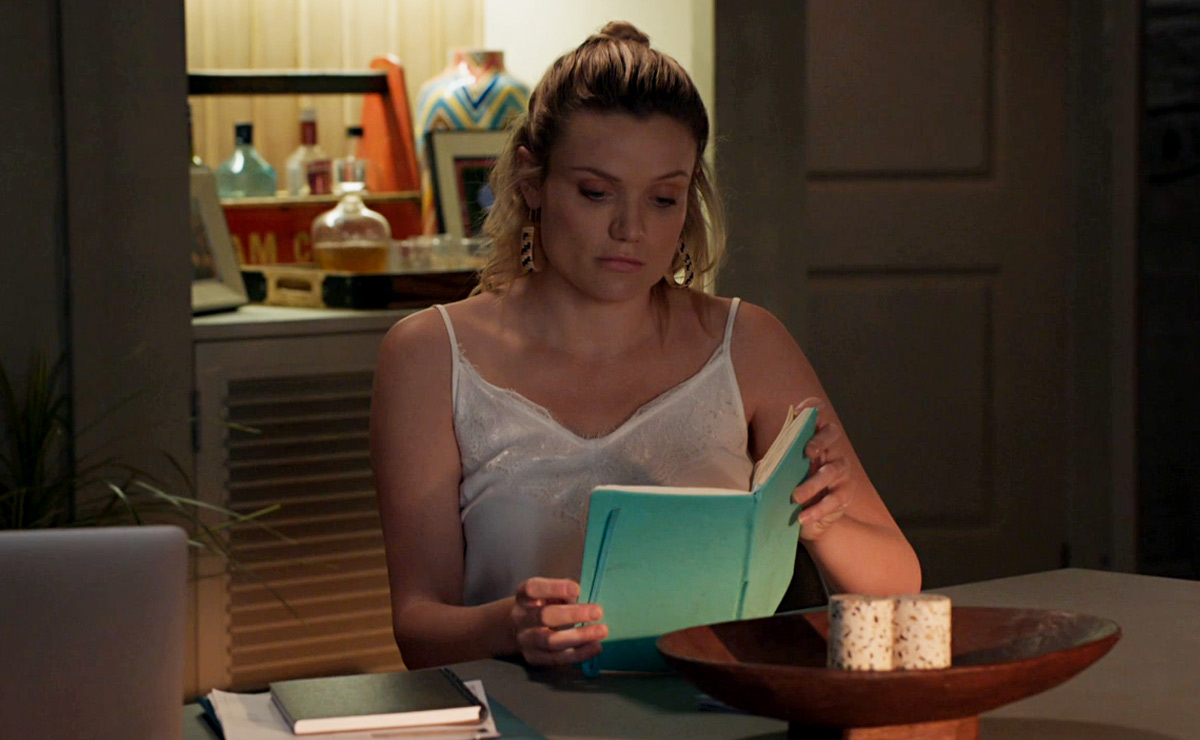 When Mia discovered Chloe’s diary last week, she was shocked to learn just how bad Chloe was feeling about the family being ripped apart, and was upset to learn that Chloe felt that Mia’s life would have been much better if she wasn’t around.

“There are so many things that have been ruined because of me” she wrote.

“Mum should never had had me. I was never meant to be born. None of this would’ve happened and everyone would be better off if I wasn’t here.” 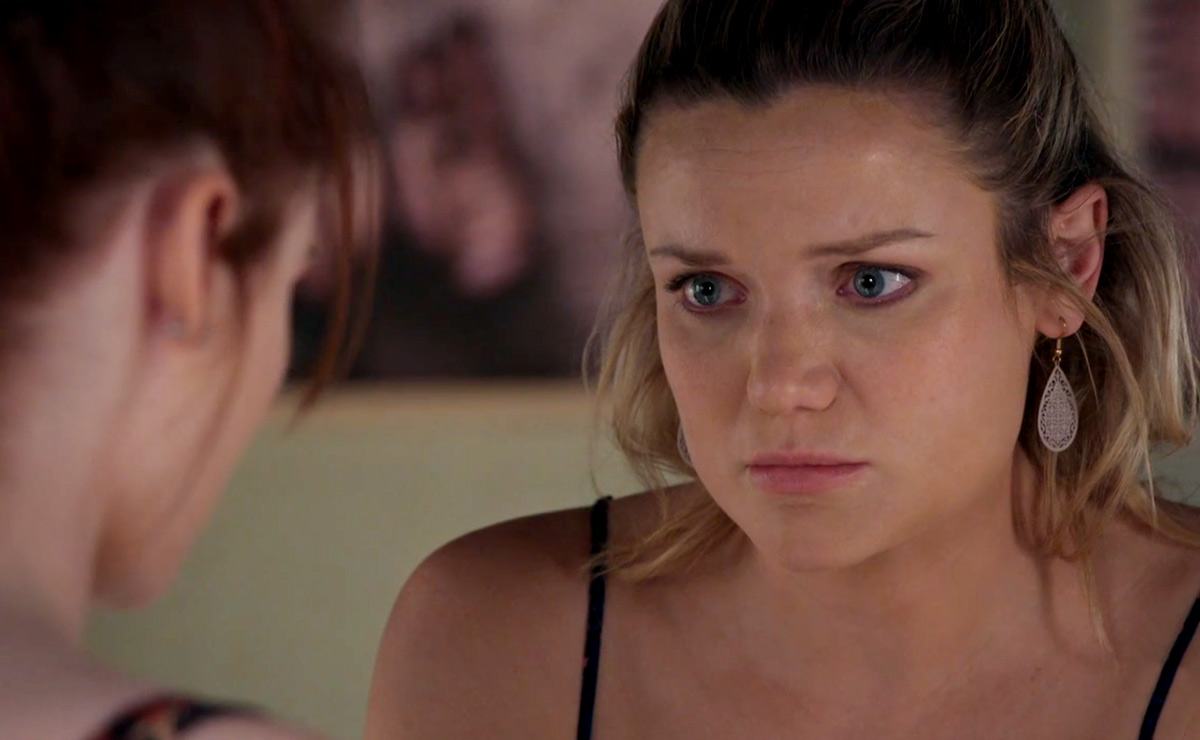 Chloe was furious that Mia had betrayed her trust, and told her that she needed an outlet for her thoughts considering the whole family has been trying to act as if everything is normal. 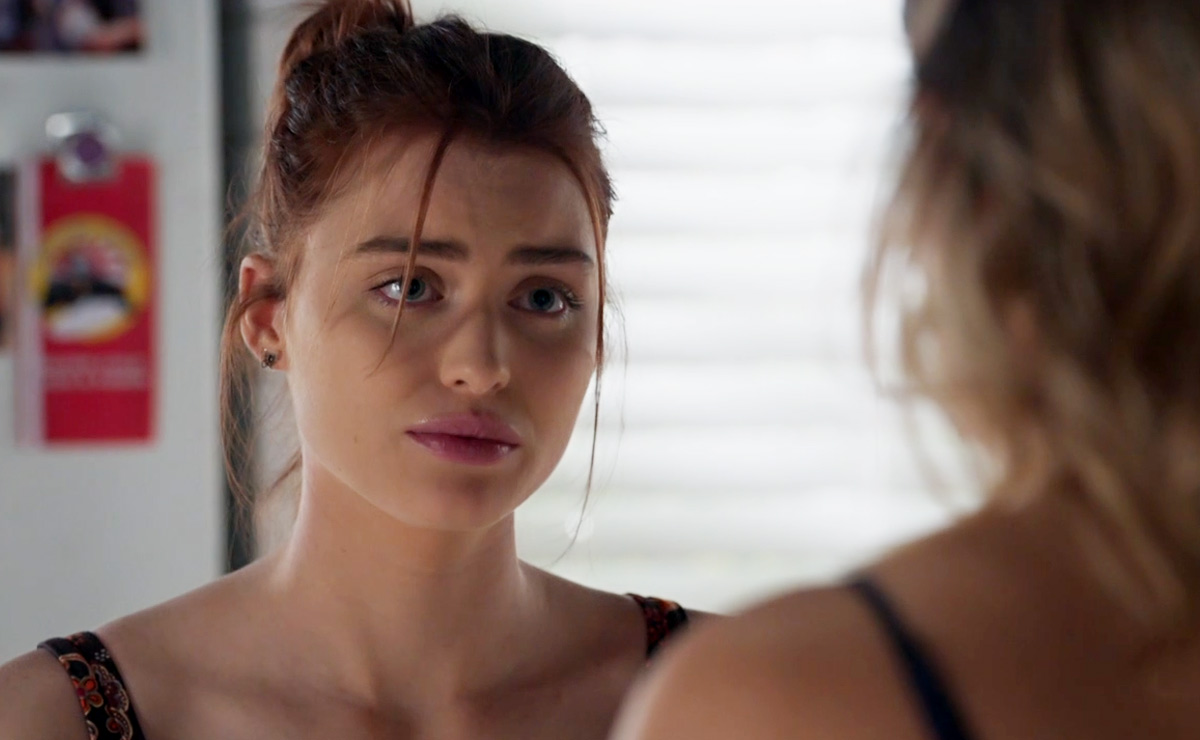 Mia agreed that they need to be more open with each other, and Chloe later burned the diary in case it ever got into the hands of the police.

But spoilers for this week indicate that Chloe will take things a step further by punishing herself, which leads to her nearly drowning!

It’s Bella (Courtney Miller), the only person outside of the family to know Chloe’s secret, that comes to her rescue, and a promo released last week shows a frantic Mia arriving at the hospital. 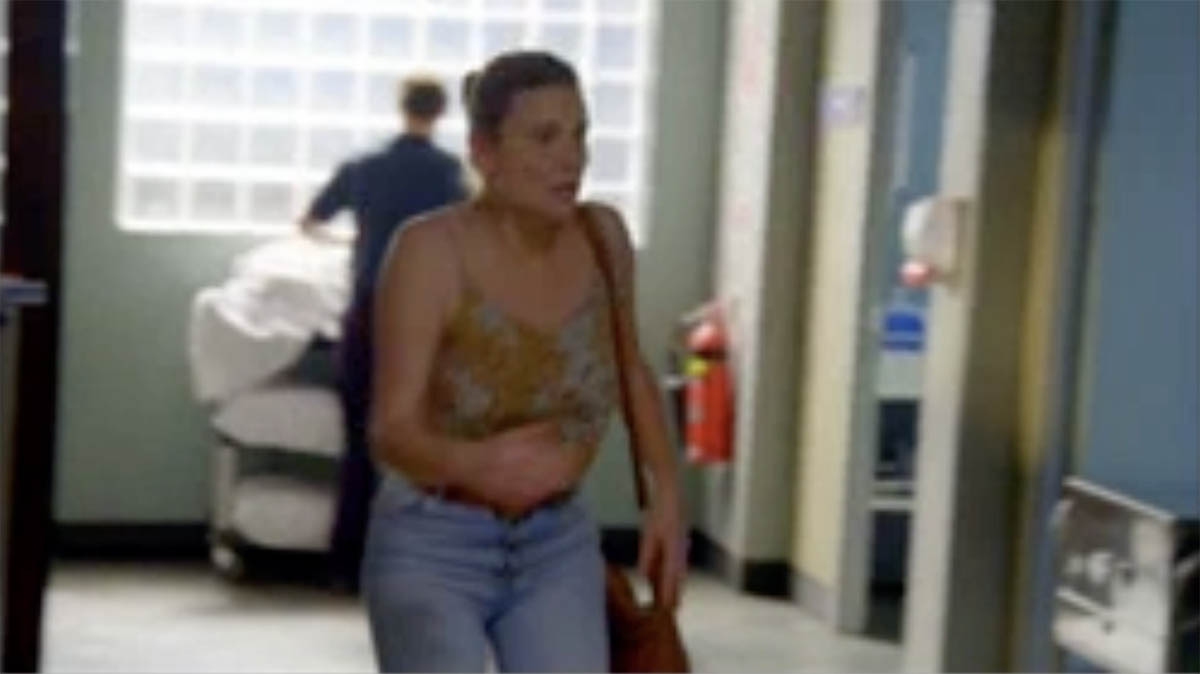 Could Chloe’s mental state be about to cause her to try and take her own life, or is it just an accident…?

Bella reaches a drowning Chloe. Theo and Justin get a court-ready makeover. Tane welcomes Felicity to the family. Ryder gets trapped, again.

Logan is caught red-handed. Dean stands up for his sister. Theo forces Alf to look in the mirror.

Jasmine makes a proposal to Cash. Neve’s revenge hits Mackenzie. Alf turns the blame on himself. 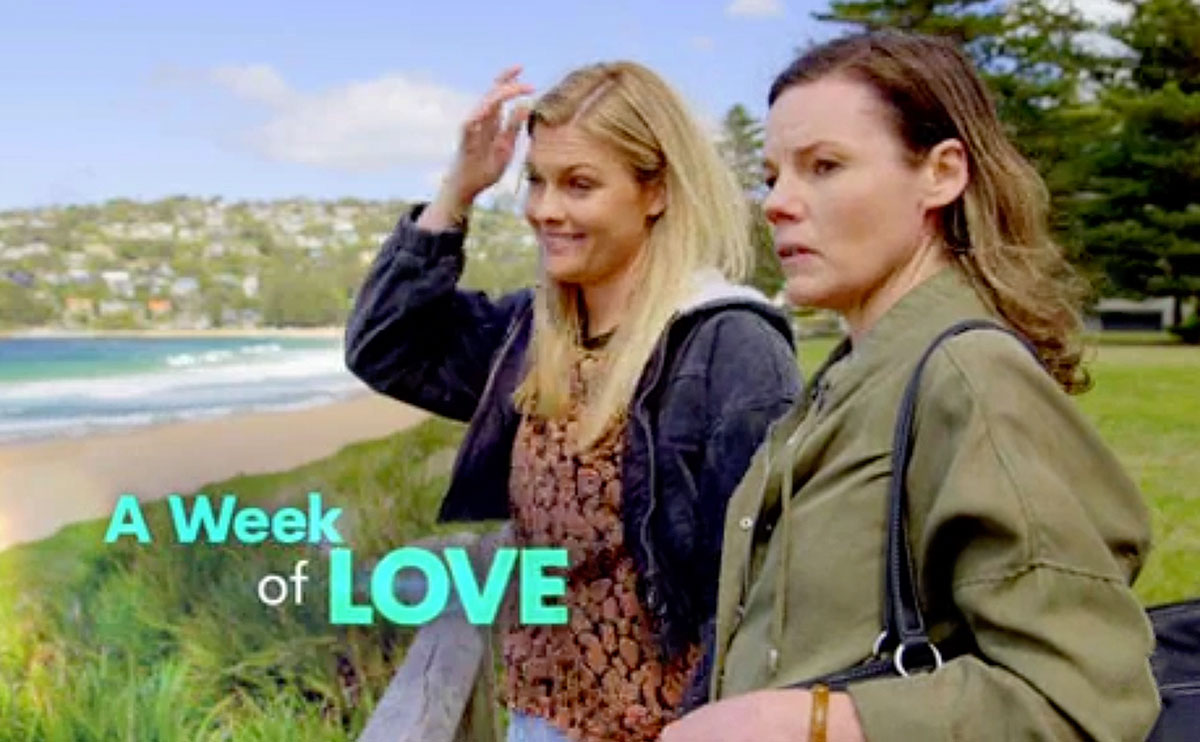 Home and Away promises ‘A Week of Love, Heartache and Drama’

A new Home and Away promo has promised ‘A week of love, new beginnings, romance, heartbreak and drama’, as Dean’s mum meets Jai for the first time, Tane and Nikau return from their trip away, and Mackenzie sees Logan and his ex-girlfriend grow ever closer.