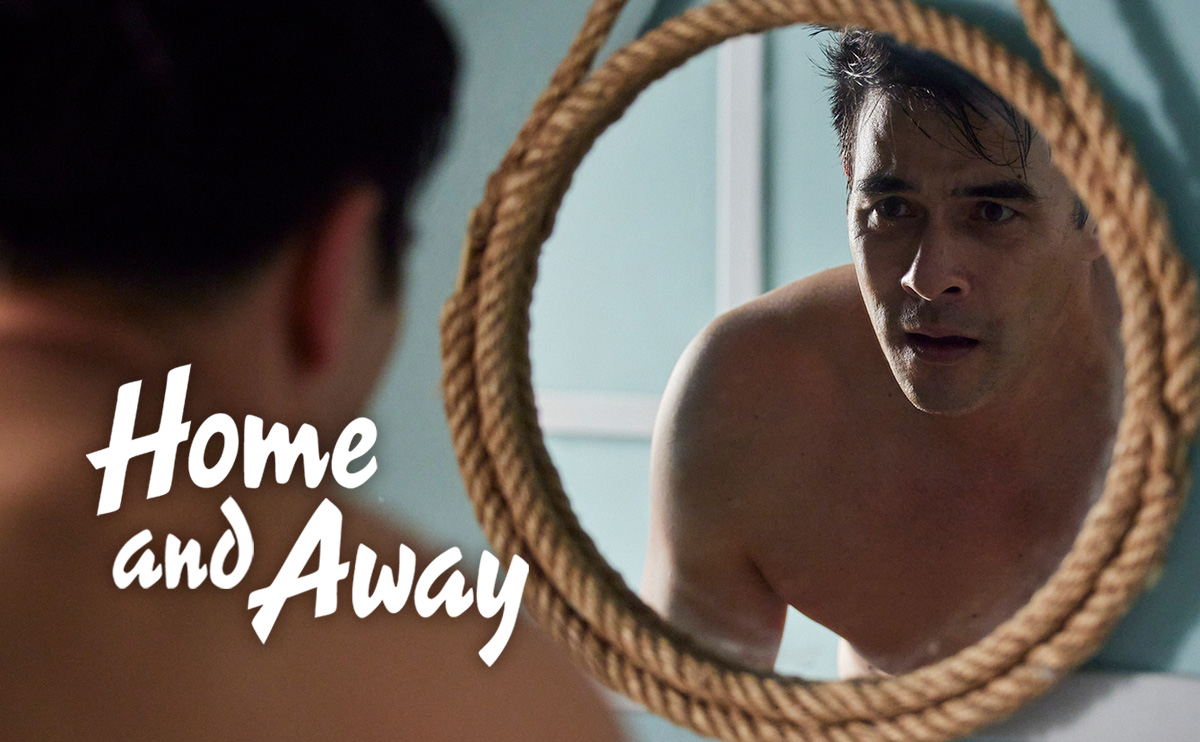 On next week’s Home and Away in the UK, Justin goes from apologising to lashing out and back again as his mood swings continue. Eventually, Tori decides she’s had enough!

It’s been an eventful few months for Justin Morgan (James Stewart), and not in a good way. A cavernoma on his spine caused him to collapse last year, setting in motion a chain of events that has led him to a severe painkiller addiction. 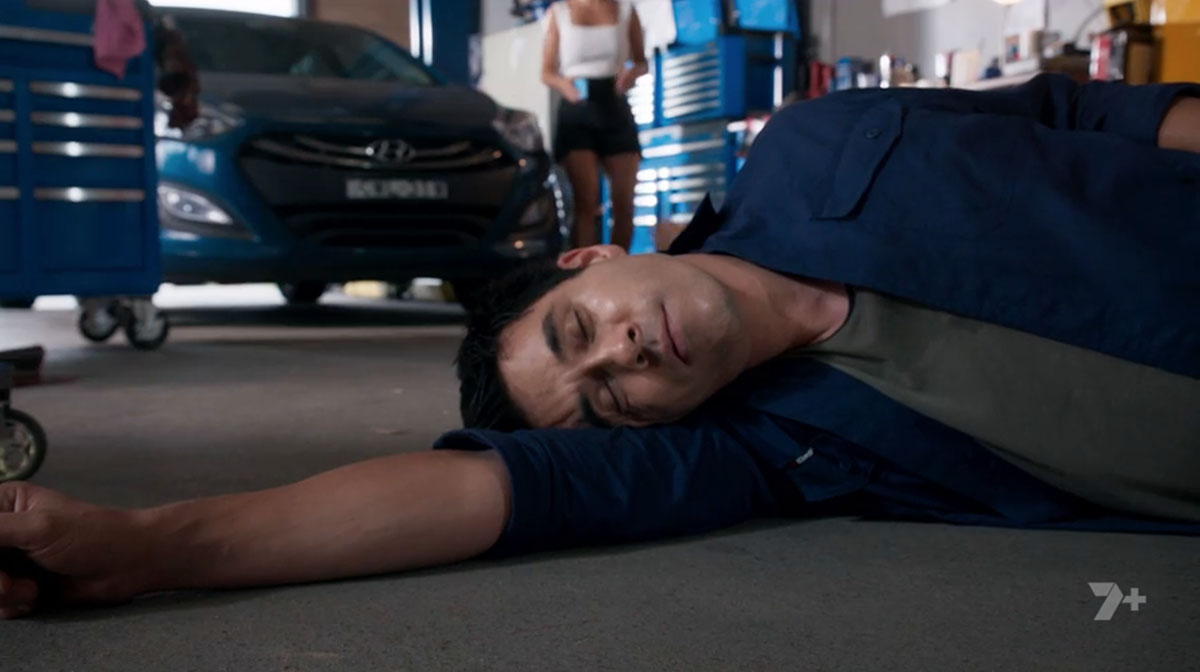 A surfing accident only made things worse, as it exacerbated his back pain. When he struggled to get hold of enough pills to meet his needs, he resorted to buying them online, landing himself in hospital once again. 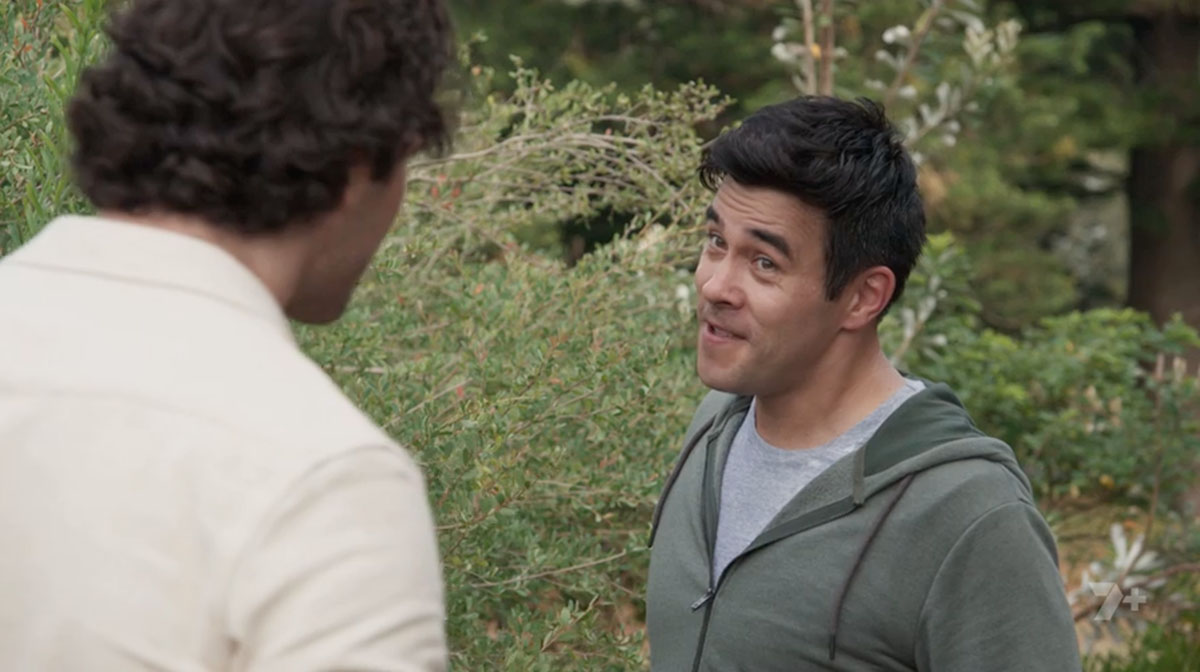 Now, he’s alienating himself from his friends and family, and last week found himself arrested after punching Stephen (Bren Foster). Despite everything, the one thing he refuses to do is admit he has a problem.

When we return to Summer Bay next week, Justin does his best to make amends. 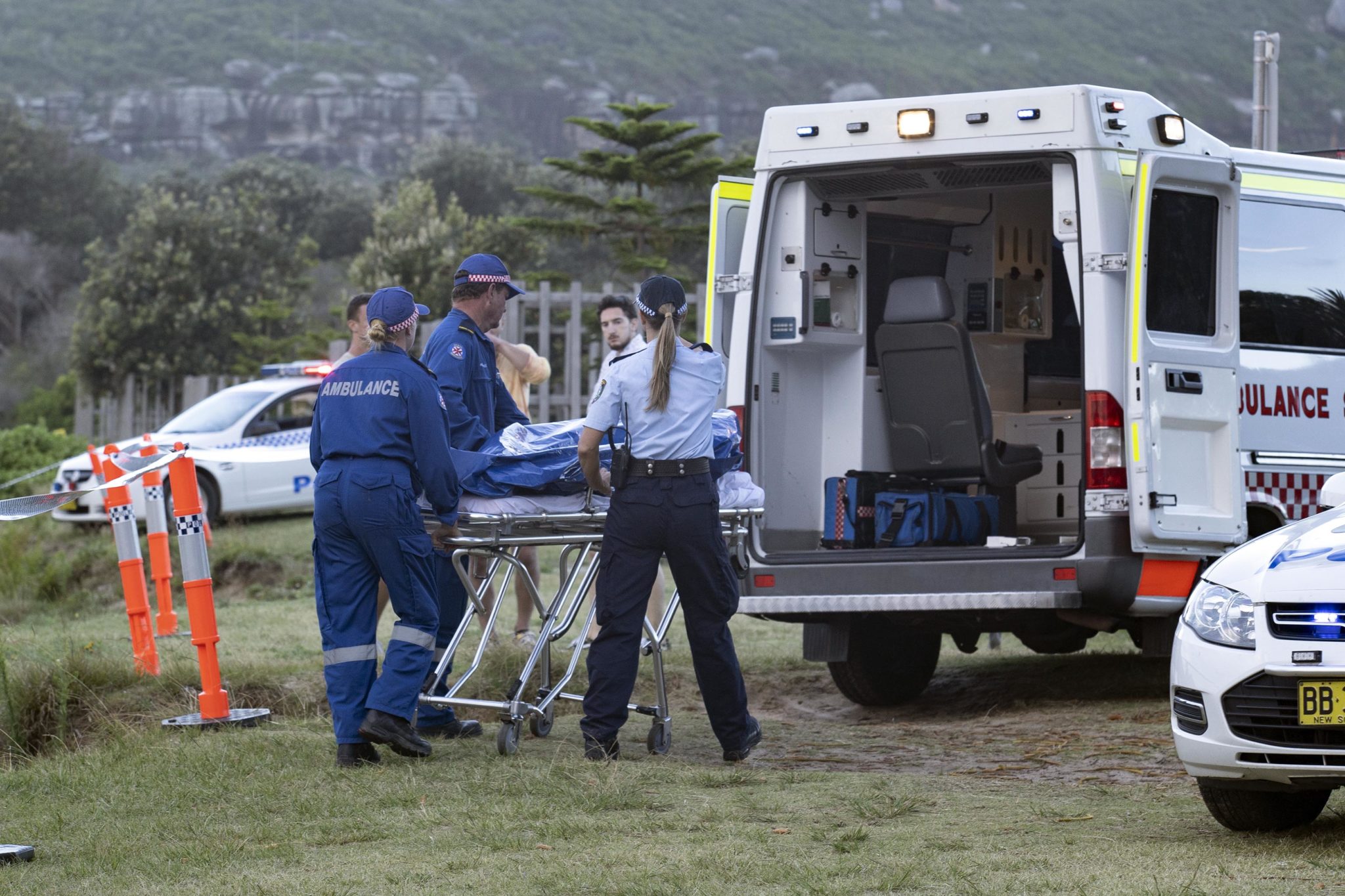 As all of Summer Bay gather round to watch the police pull a body from the water, he approaches Leah (Ada Nicodemou) at the seafront. However, John (Shane Withington) steps in straight away, telling him not to get any closer and berating him for what he did to Stephen.

However, all Justin wants is to talk to Leah. When she reluctantly agrees, he takes her to one side and is nothing but apologetic for his actions. She listens to his apologies and feeble explanation, but she has something bigger she wants him to confront.

“I think you’re addicted to painkillers.” 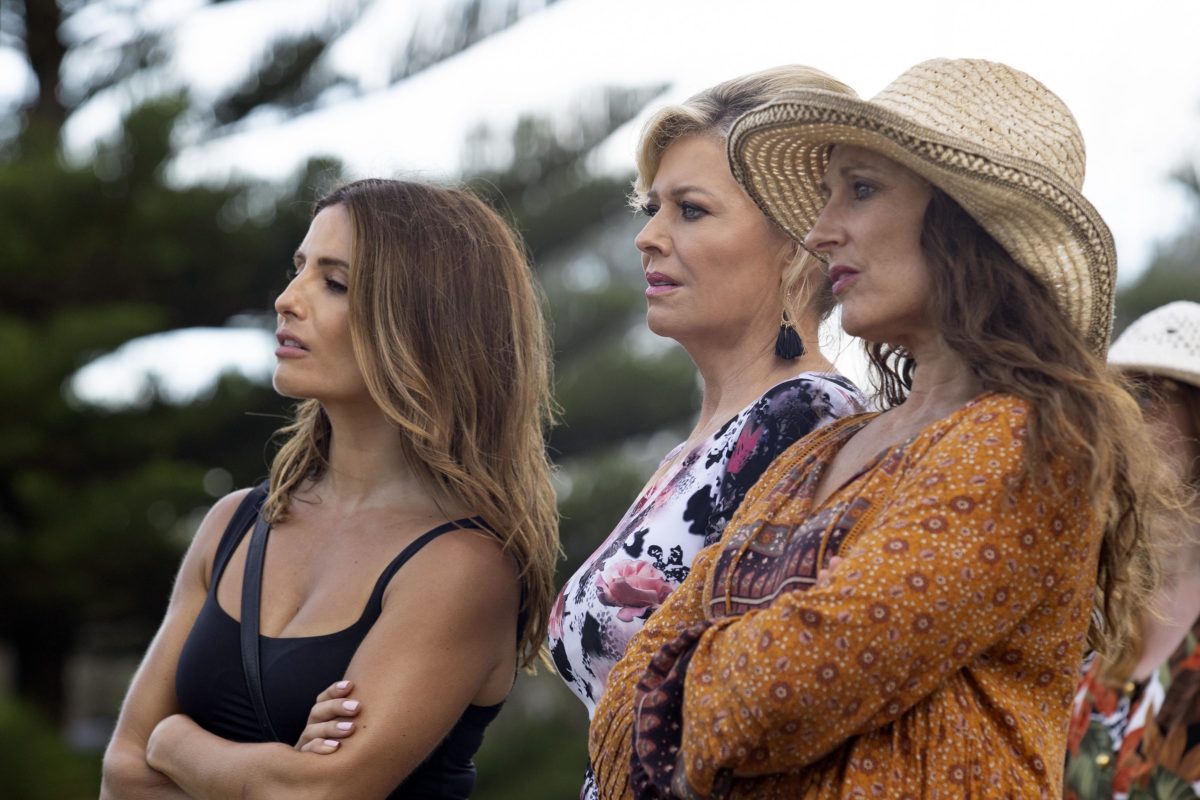 He still completely refuses to believe that what he did was as a result of an addiction. He saw what happened to Brody, plus he isn’t taking the pills to get high, so can’t believe she is even making the comparison between them.

Justifying landing Stephen in hospital, he explains that he saw how close he and Leah have been getting. When he saw them together it killed him, that’s what caused him to flip out. “I needed you, and you turned to another man!”

Leah can’t believe she’s being blamed, and is on the edge of walking away. 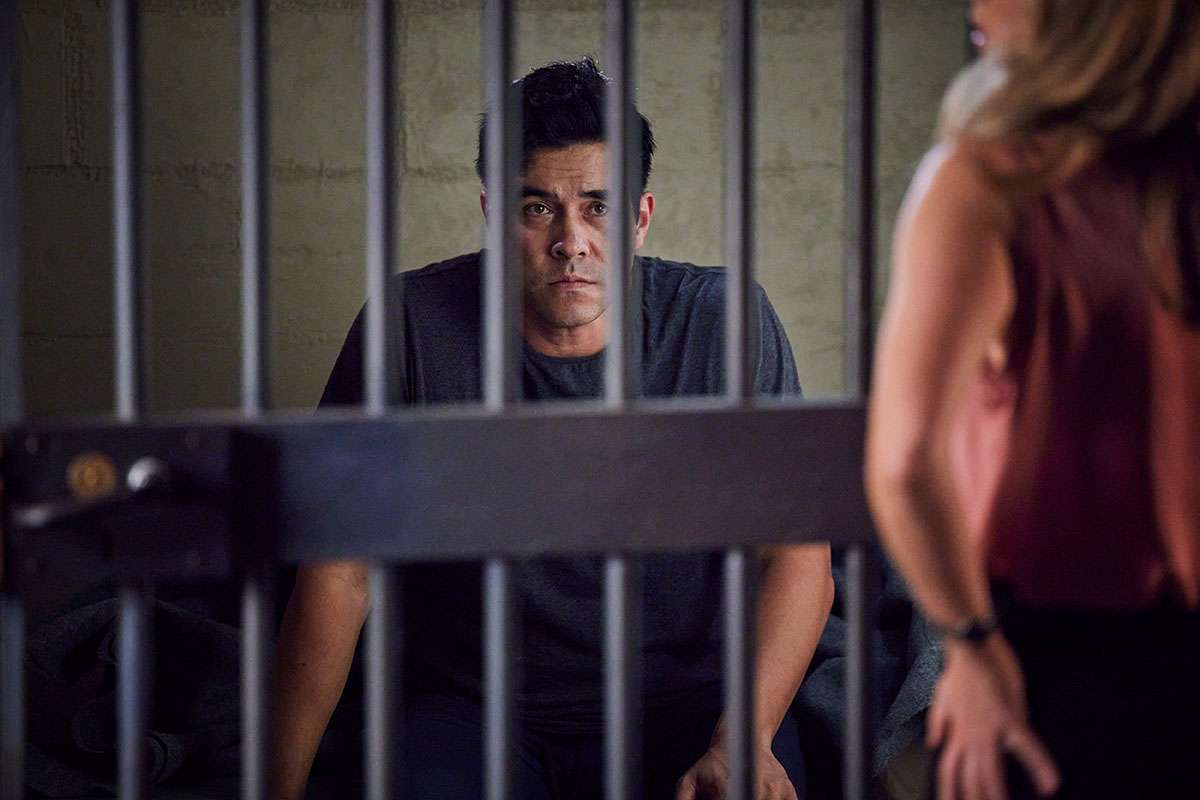 Yet Justin tells her that during his night in the cell, he spent the whole time wondering how he managed to screw up so badly, how he almost ended up losing the most important person in his life. It was a wake up call, he claims.

He seems genuine, and begs for her forgiveness. She nods, but when he tells her that the pills just make him normal, she fears there’s a lot more trouble to come.

Opening up to Roo, Leah tells her that in her boyfriend’s eyes, “it’s either the painkillers or someone else’s fault, not his. Not even what happened with Stephen.”

That’s classic denial, Roo assures her, and they both worry what will happen the next time Justin loses control. “It’s like I fell in love with one person and I don’t even recognise who this person is.” 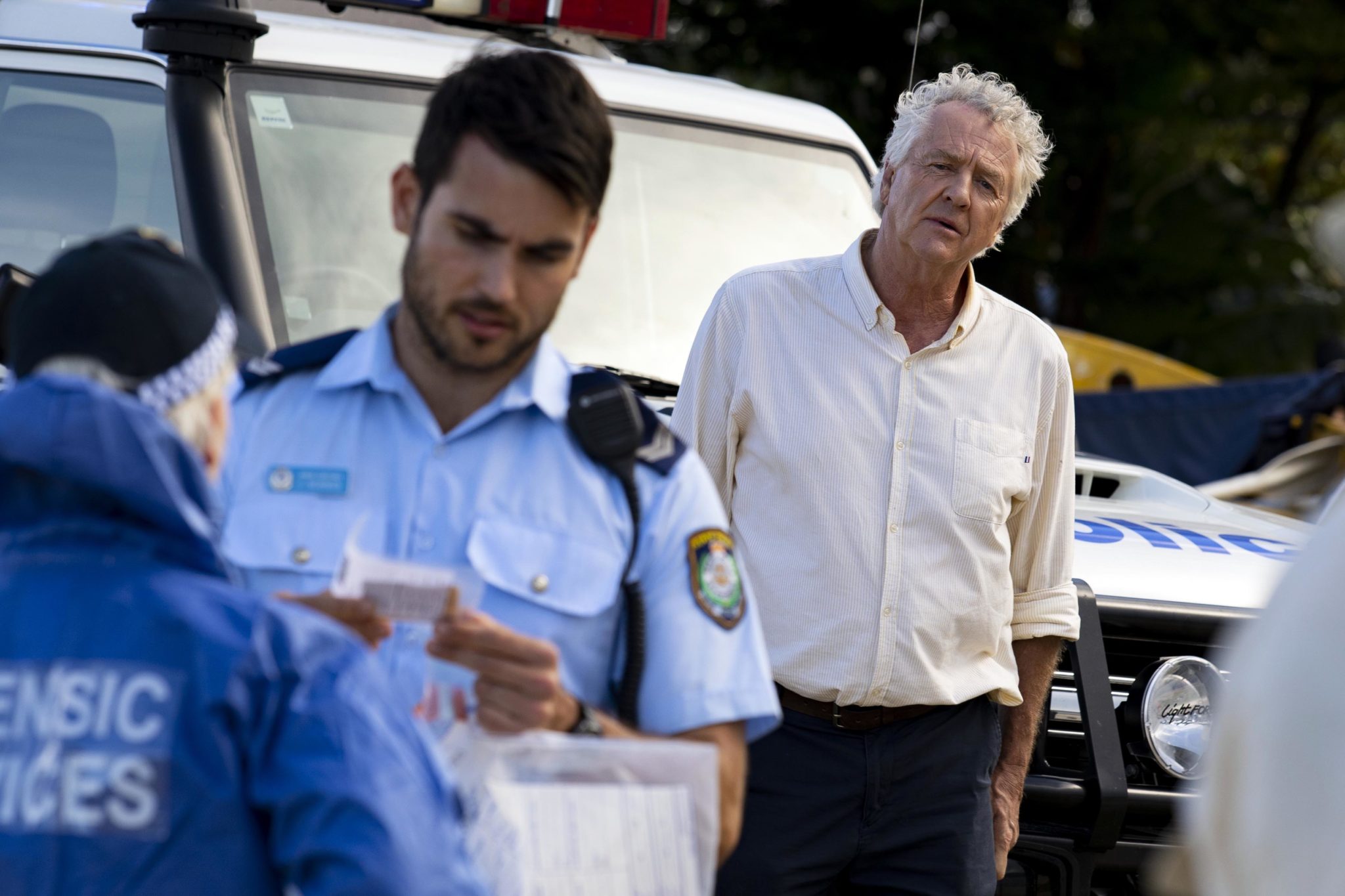 As the day goes on and there’s finally an ID for the body in the bay, Justin starts to get impatient. He just wants to head home, for Leah to give him his next dose of pain meds. “It’s only an hour, what does it matter?” he asks as he tries to get the dose early.

“You’re not an addict, what does it matter?” Leah quips back sarcastically, to a tense response. It’s clear the two aren’t on the same page.

She later opens up to Irene about how she feels like she’s doing everything to stand by her boyfriend, but “he’s being so horrible.” Irene tells her that she shouldn’t have to put up with that, but Leah admits that she loves him.

She has no idea what to do.

When she heads back to talk to Justin, a misunderstanding opens up the true extent of her concerns. 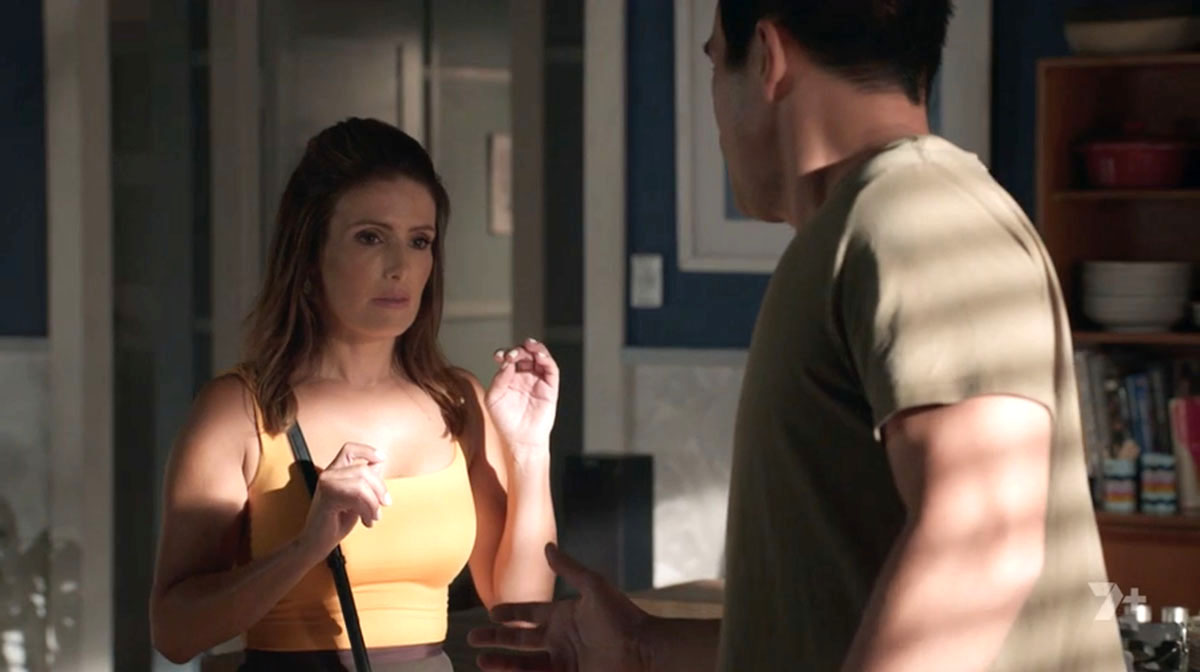 Once again the conversation is tense, as they discuss Justin’s attempts to engage with Stephen since the punch.

Justin leans against the kitchen counter, and as he innocently swings around to face Leah, she takes a step back and puts her hands up defensively, seemingly thinking he’s about to strike her. 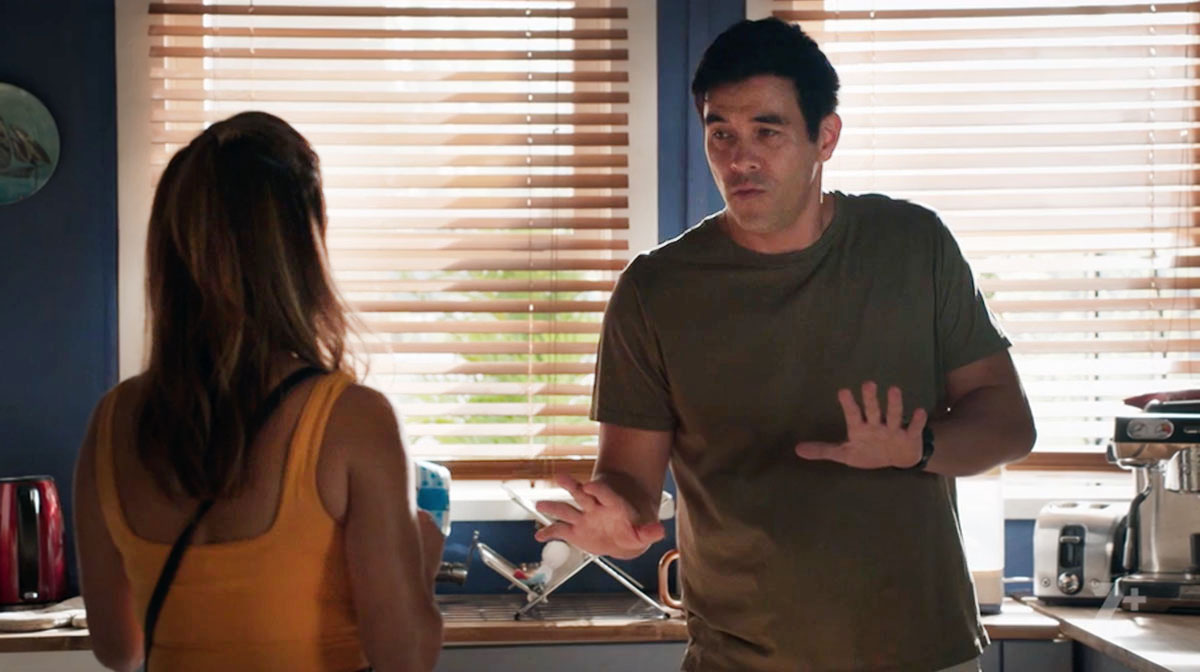 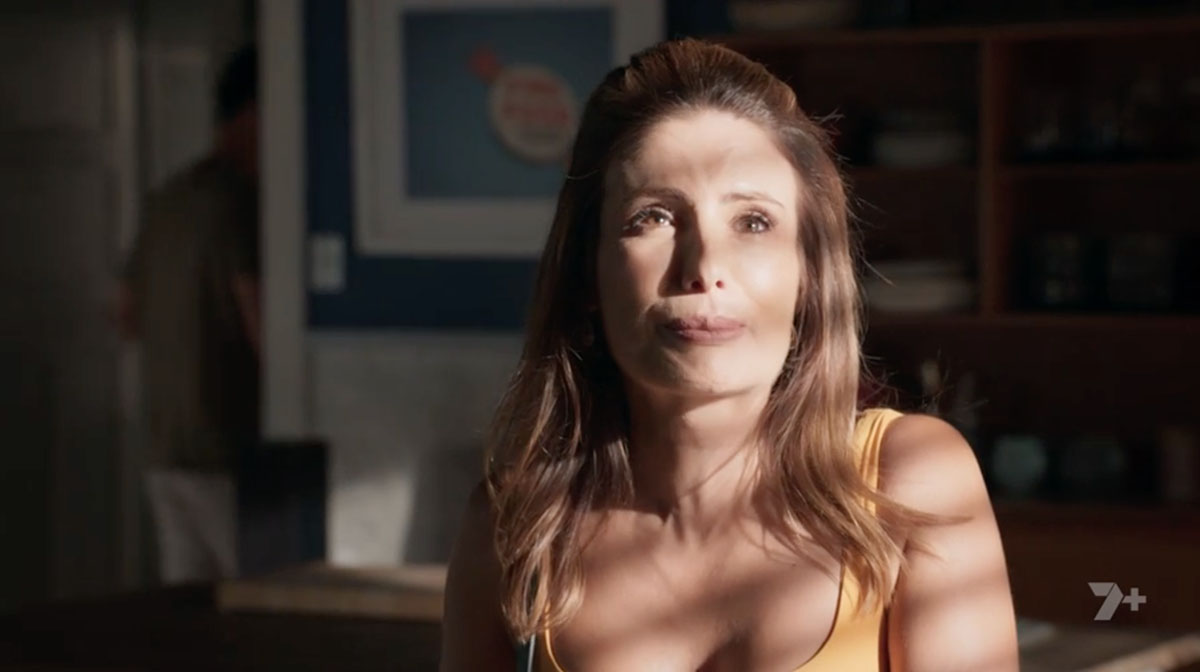 He’s stunned at Leah’s reaction, as her face drops and her scared expression is replaced by a look of sadness. They both say nothing, but Justin is suddenly aware that he’s scaring his own girlfriend. 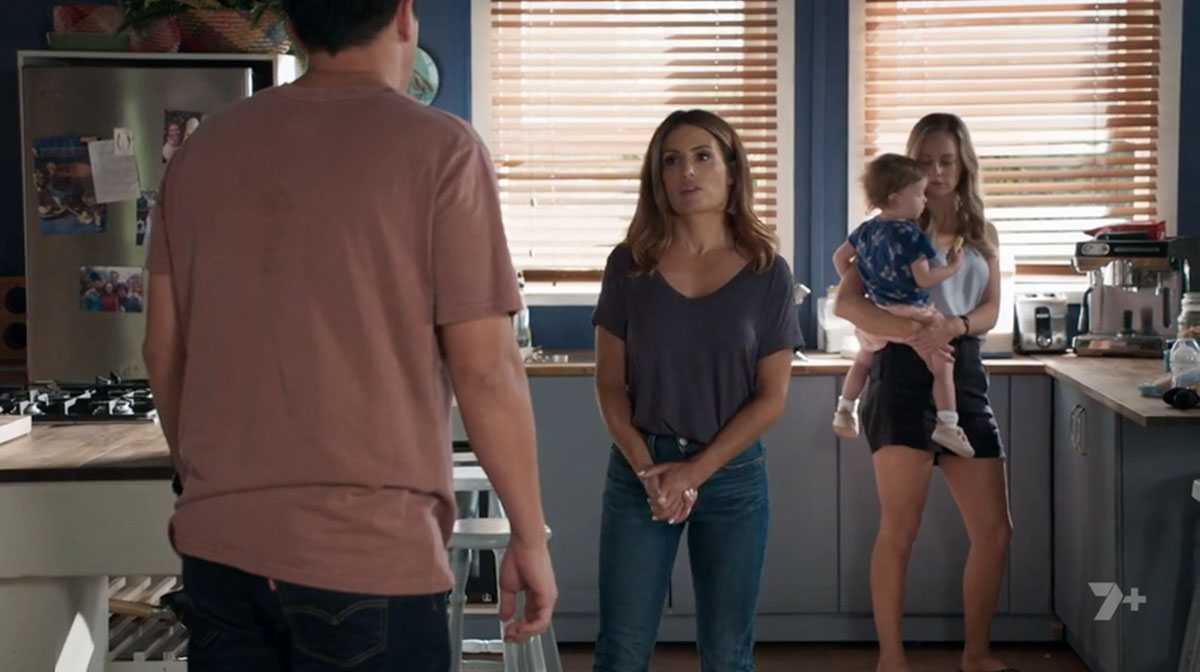 Yet even that isn’t the wake-up he Justin needs. The pair later reunite back at the Morgan house, this time with Tori there, but Justin’s behaviour is increasingly erratic.

Tori tells him he needs to stay out of Stephen’s face, but Justin retorts that it’s not like he can avoid him when he “keeps hanging out with my missus!”

Both women are on the same side, and are shocked when Justin makes a cruel comment, claiming that Tori is taking it out on him because she can’t work things out with Christian.

Eventually, it all gets too much. When Leah returns the next day, Justin tries to apologise yet again, but she hits him with a big decision – she’s moving out. 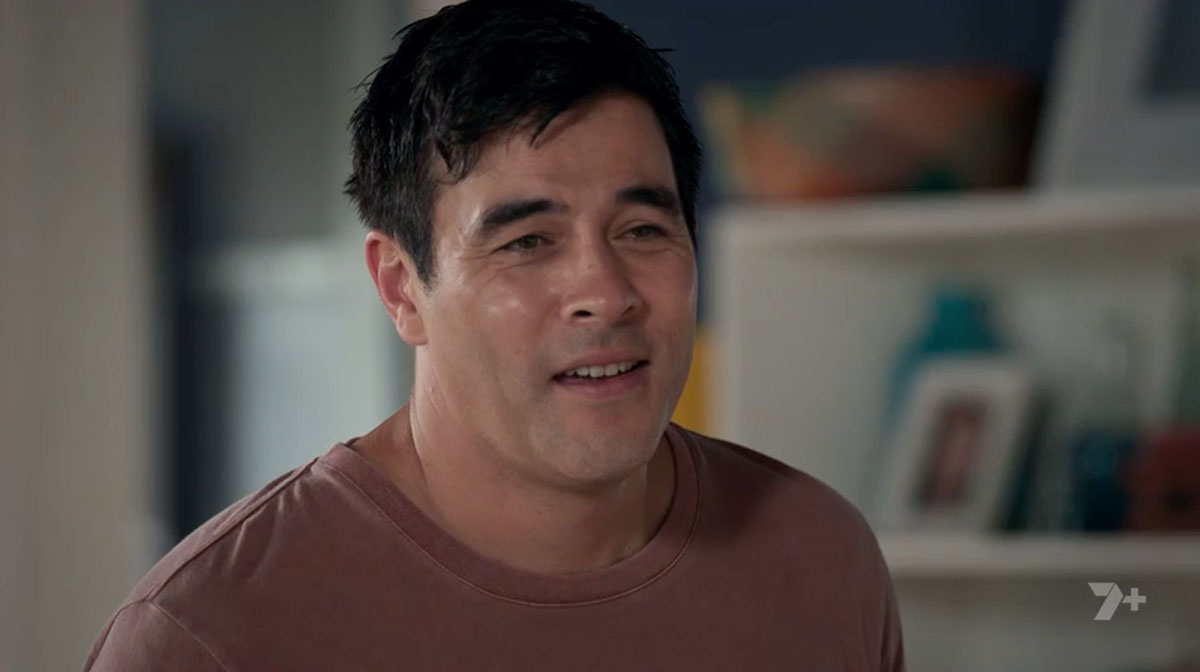 He’s blindsided and tells her she doesn’t have to go… and while Tori agrees, it’s because she has a better idea. Justin should go instead. She’s kicking him out of the house!

“Until you sort yourself out, you can’t be here.” 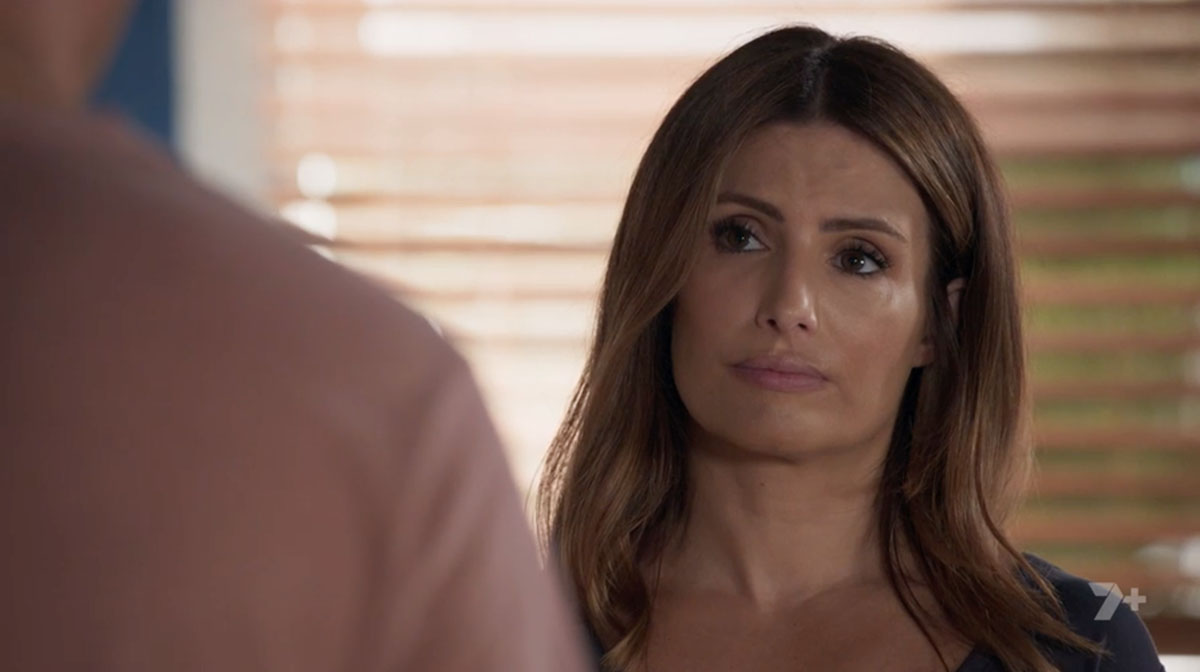 As he packs his bags to go, Leah won’t even look at him. Tori organised for him to pick up his meds from the hospital pharmacy, but he’s going to have to deal with his recovery alone.

Will losing the support of his girlfriend and sister be enough to make him see sense? 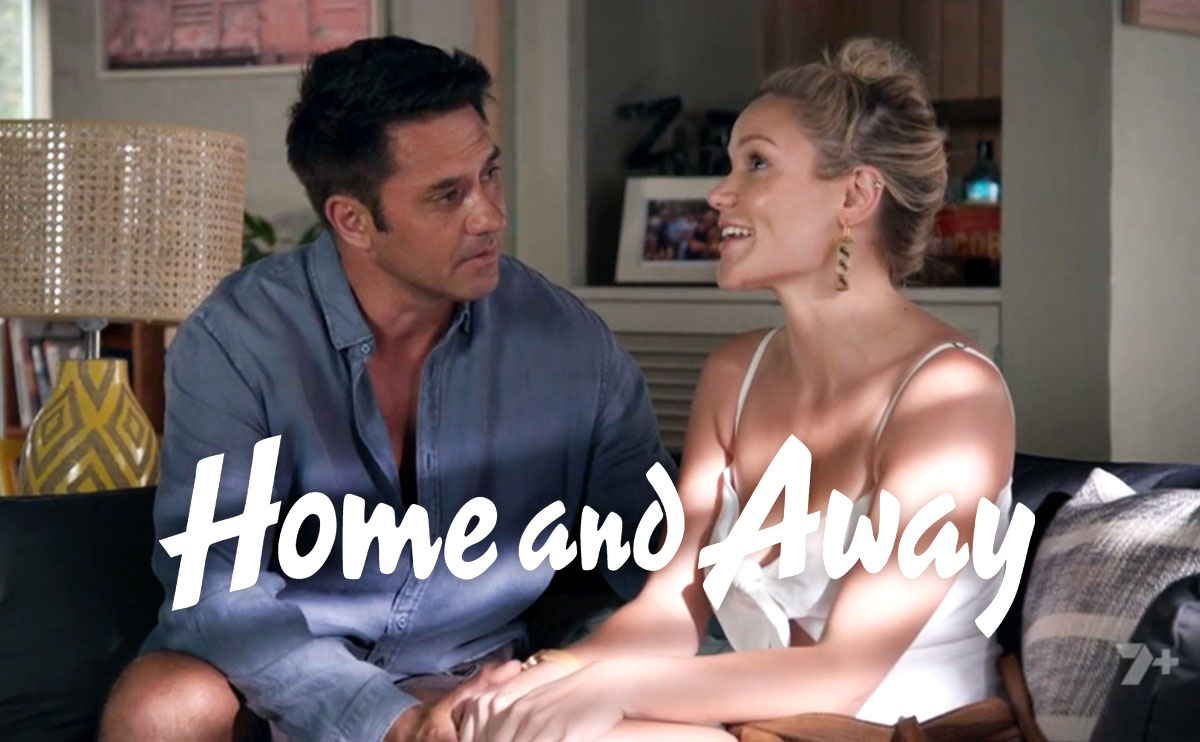 Also next week… Baby blues for Ari and Mia

There’s good news for Mia and Ari as they discover they’re having a baby… but a call from the hospital fills them with fear.