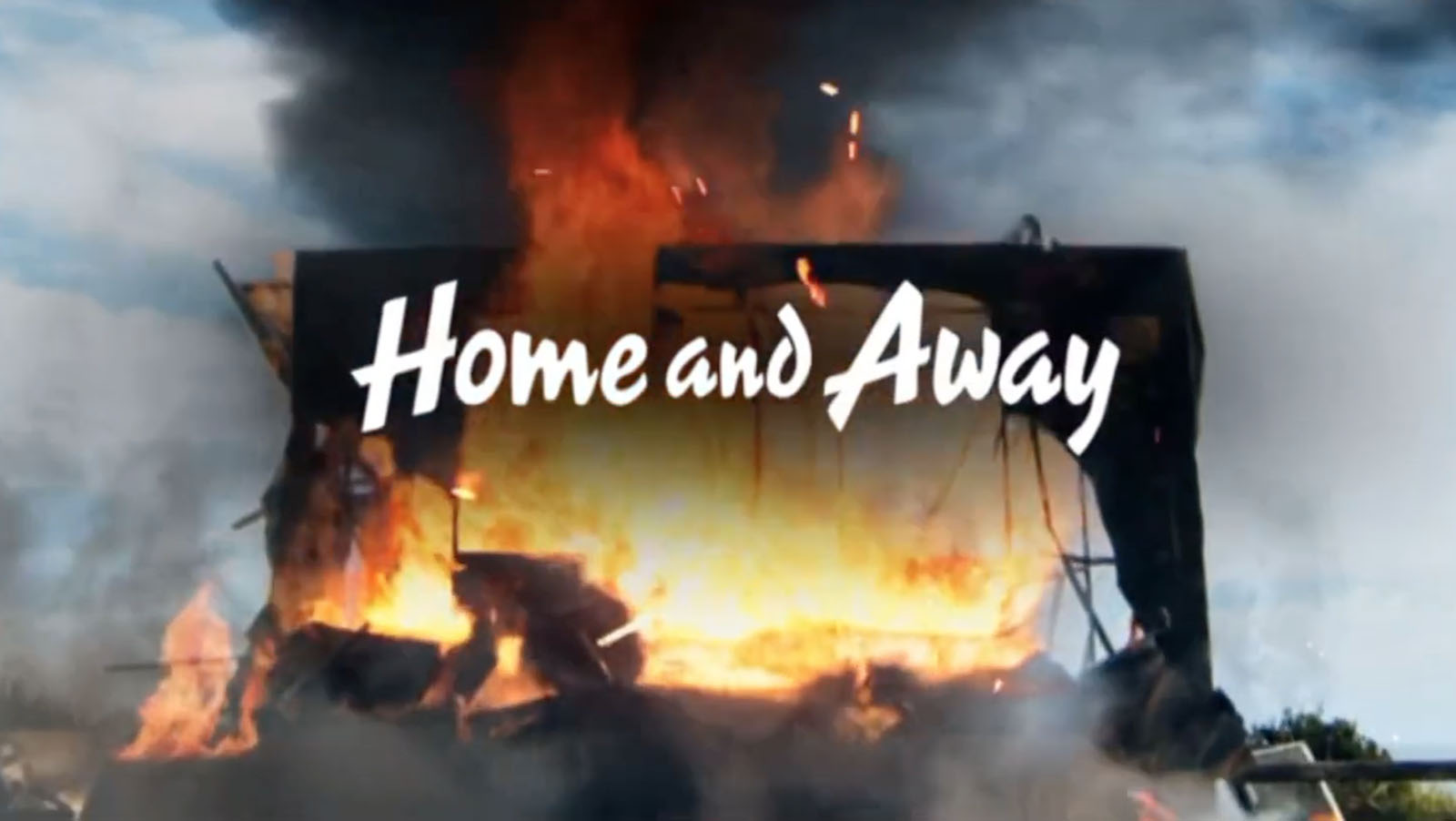 A new Home and Away promo has given us our first glimpse of an explosion which is set to rock the town and leave one resident in a coma.

What a couple of weeks in Summer Bay! It’s a good thing new cop Cash Newman has shown up, as there’s an awful lot of investigating to be done. First Justin gets arrested for punching Stephen, then Susie’s body washes up, and now a big explosion is set to rock the town and put many of our favourites’ lives in danger. 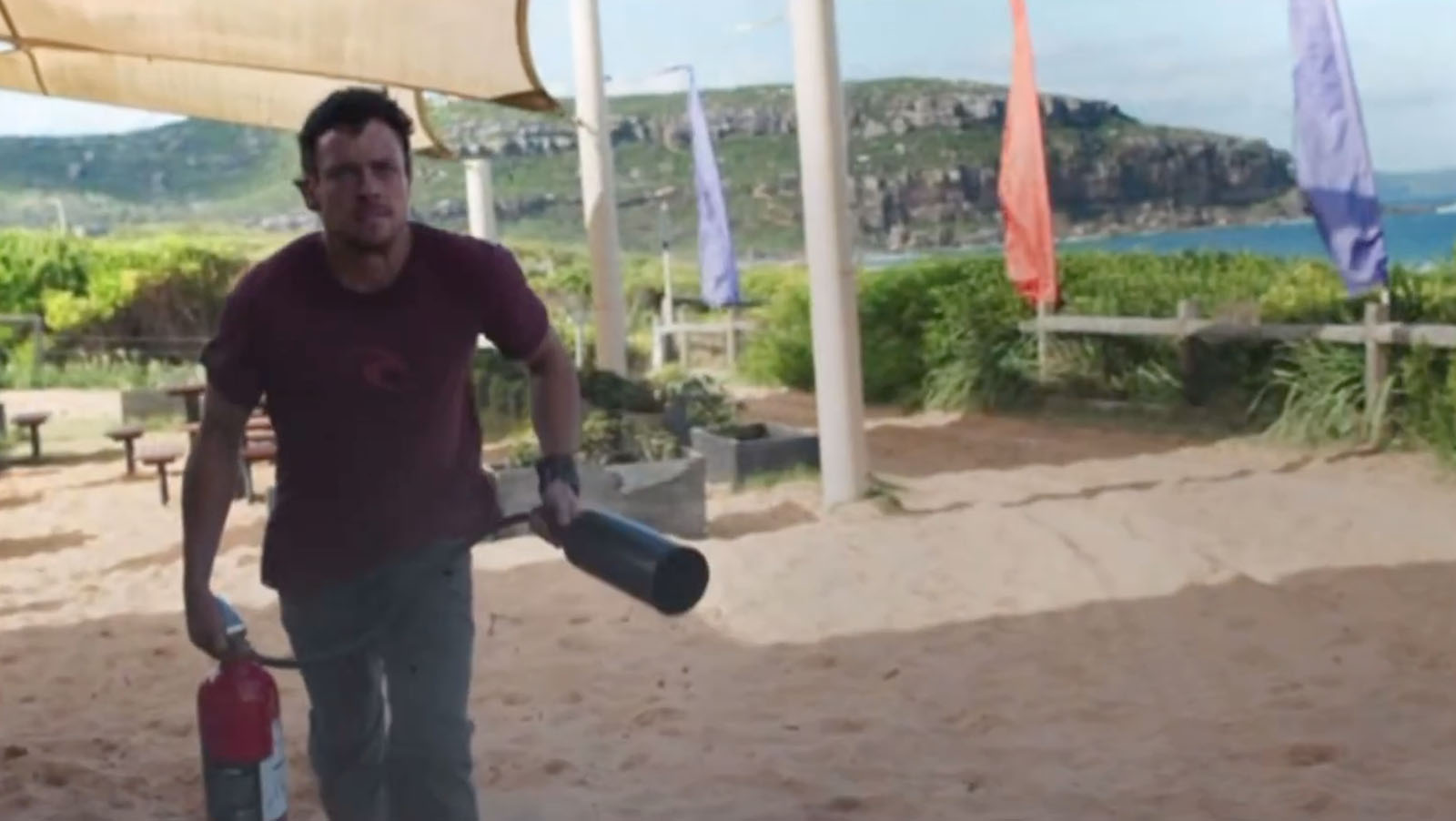 Next week’s Australian episodes will see the drama unfold, as Chloe and Ryder’s brand new taco business goes up in flames on either Monday or Tuesday. A massive explosion is set to rip it apart, injuring numerous passers-by and many of our favourite characters.

The dramatic promo for next week’s Australian episodes doesn’t give much away. At just 20 seconds long, it starts with Dean (Patrick O’Connor) running away from the Surf Club, a fire extinguisher in hand. 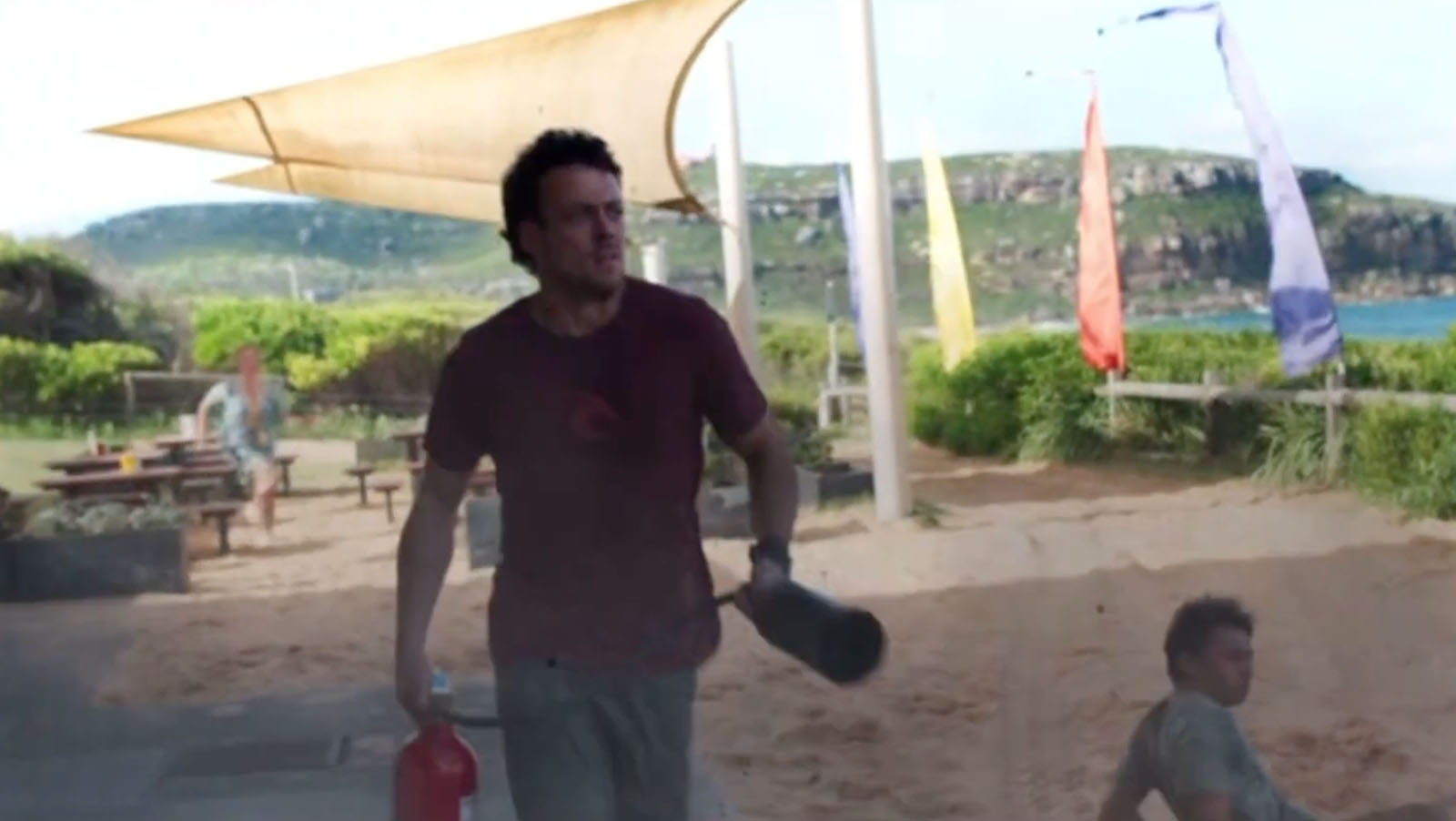 As he heads away from the club, he looks towards the site of Ryder and Chloe’s taco van, La Cucuracha. He passes what looks like Ryder (Lukas Radovich) lying on the floor, covered in ash and soot. 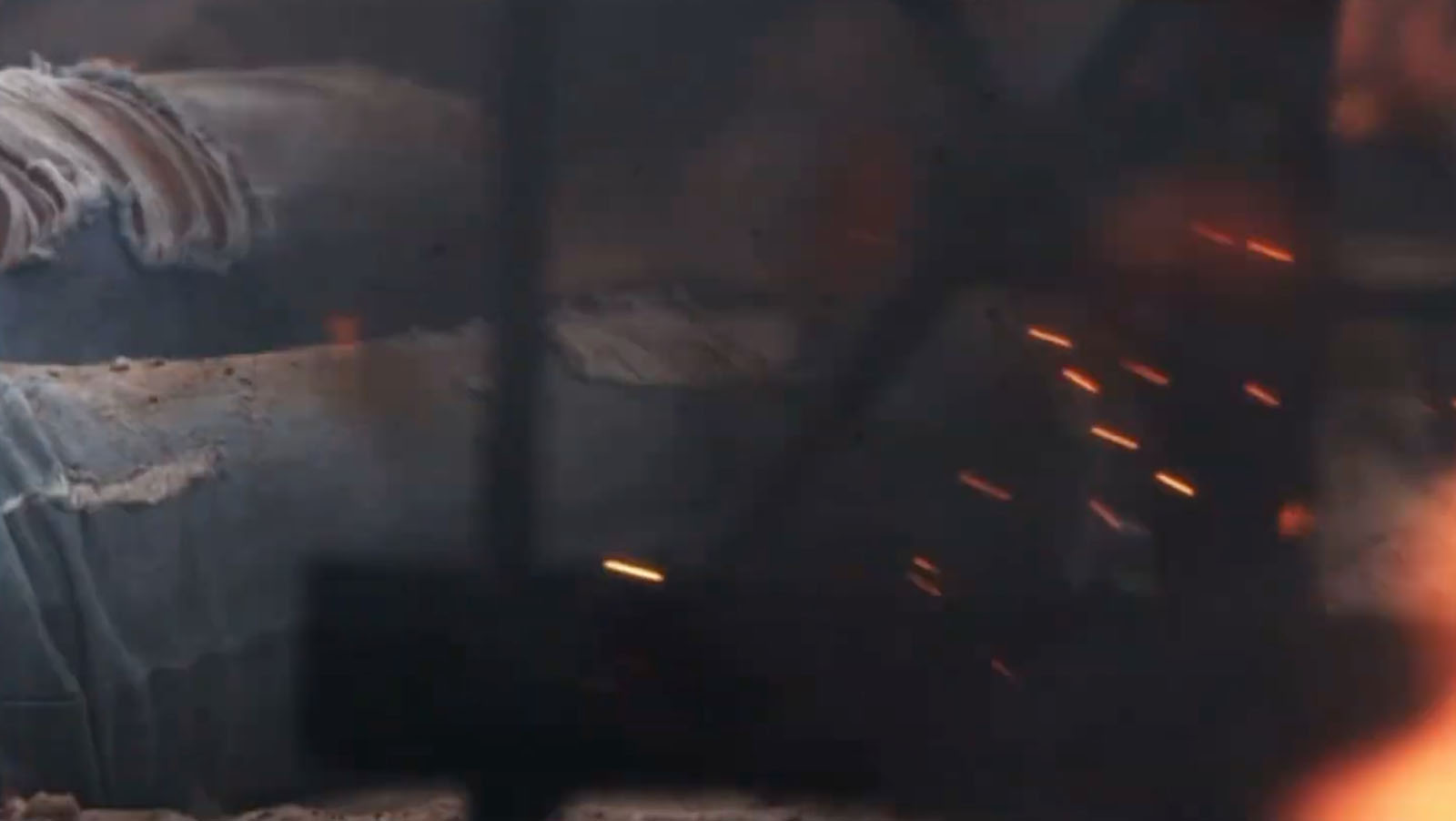 We cut to a shot of a pair of legs, in light blue ripped jeans, as a fire burns in front of them. 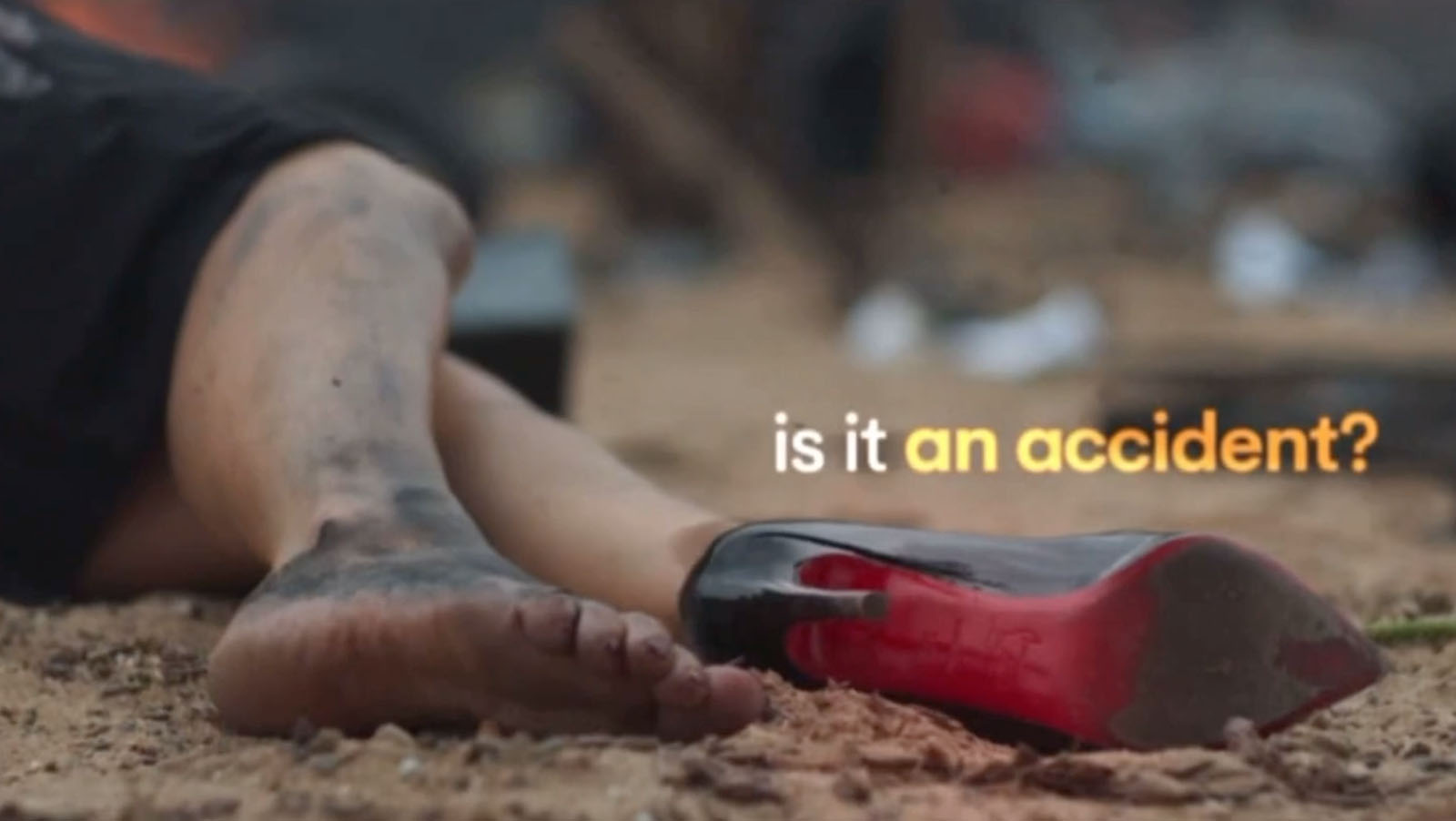 Then, with the words “Is it an accident?” across the screen, we see a woman’s ash-blackened legs, with one heeled shoe remaining in place as they lay motionless on the ground. Marilyn, perhaps? 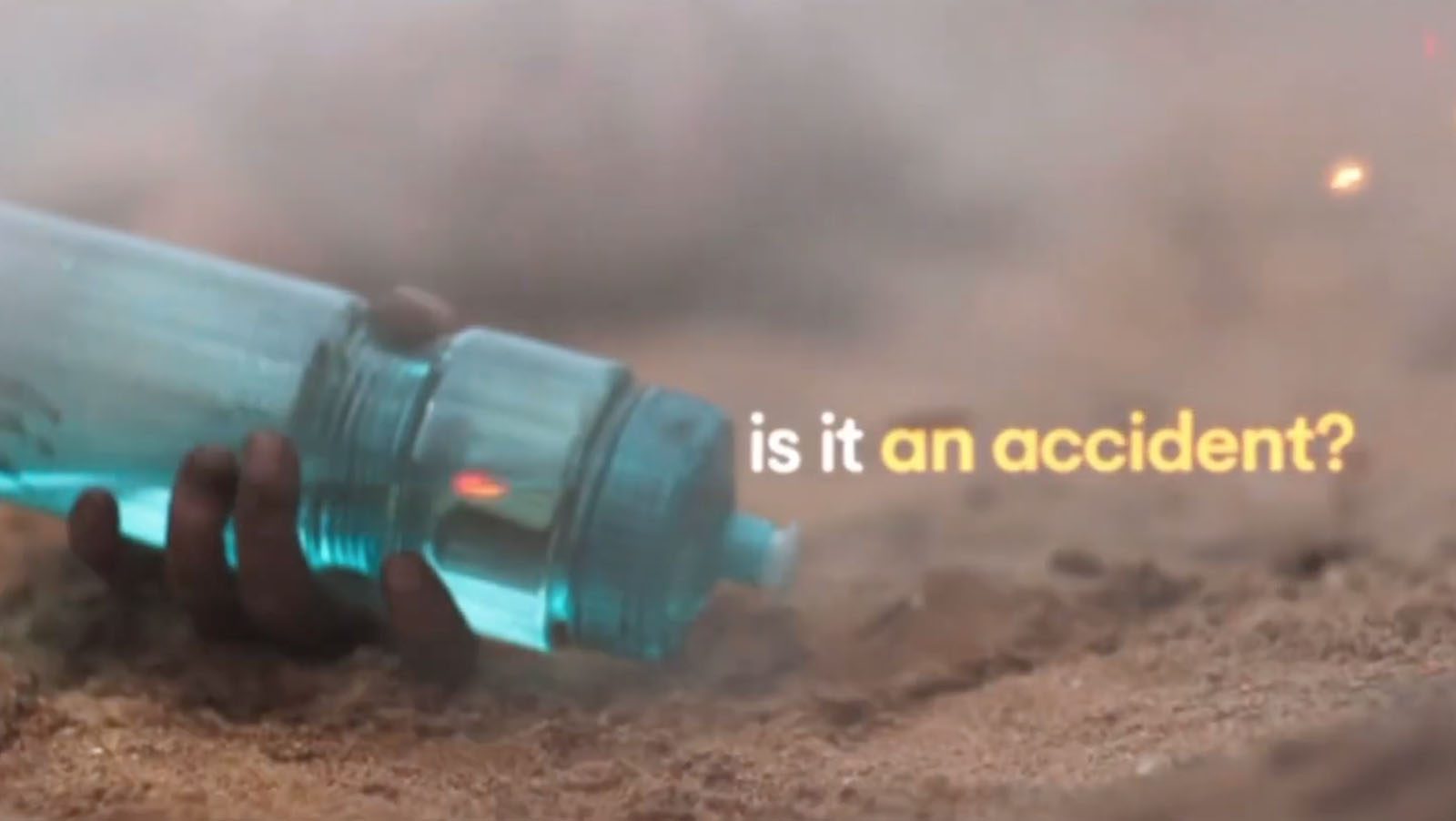 The next shot, a light blue water bottle in the hand of another Summer Bay resident knocked down by the blast. Jasmine? 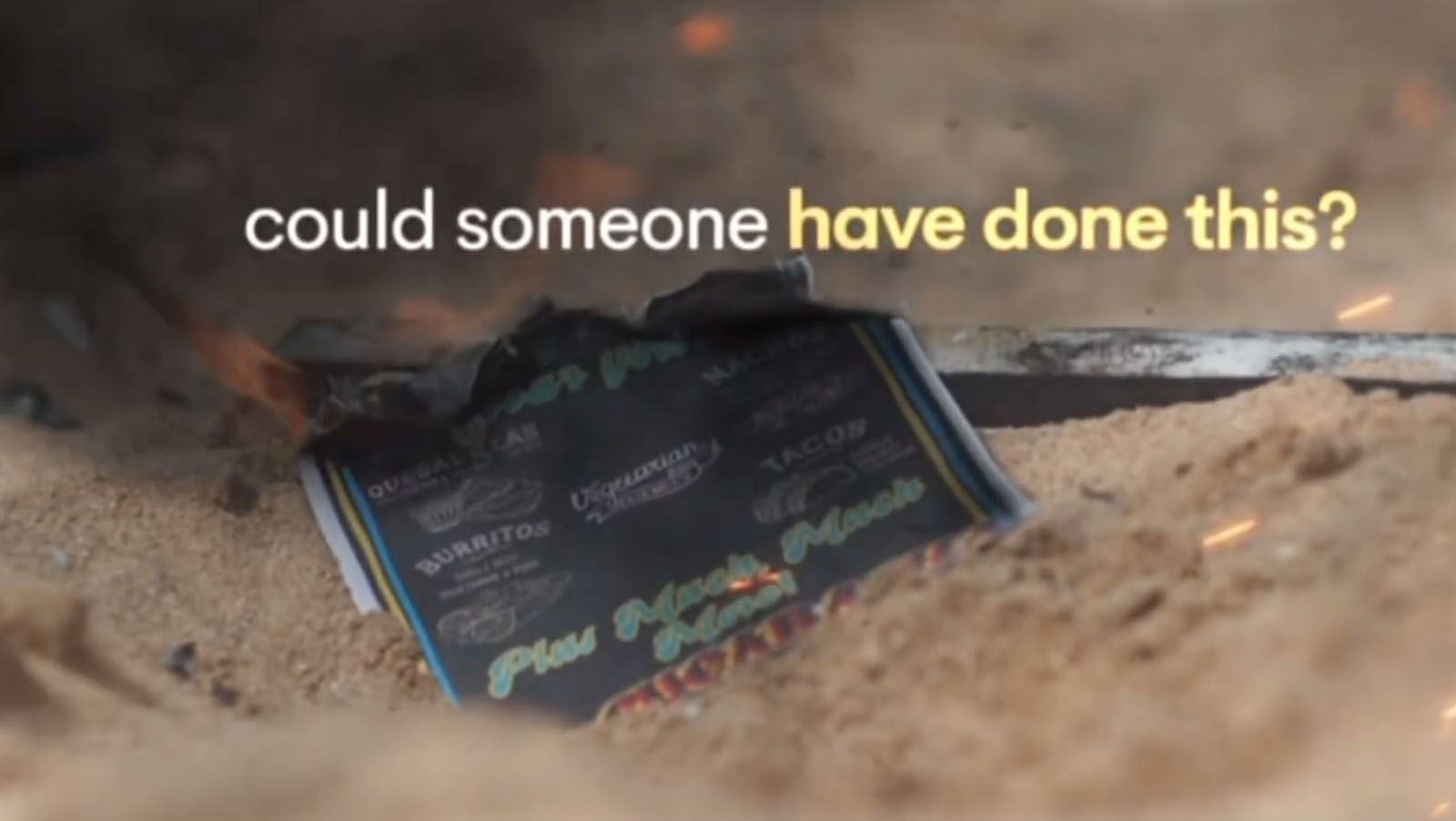 “Could someone have done this?” asks the text in the next shot, which shows a smouldering flyer from La Cucuracha resting on a blackened piece of wood. 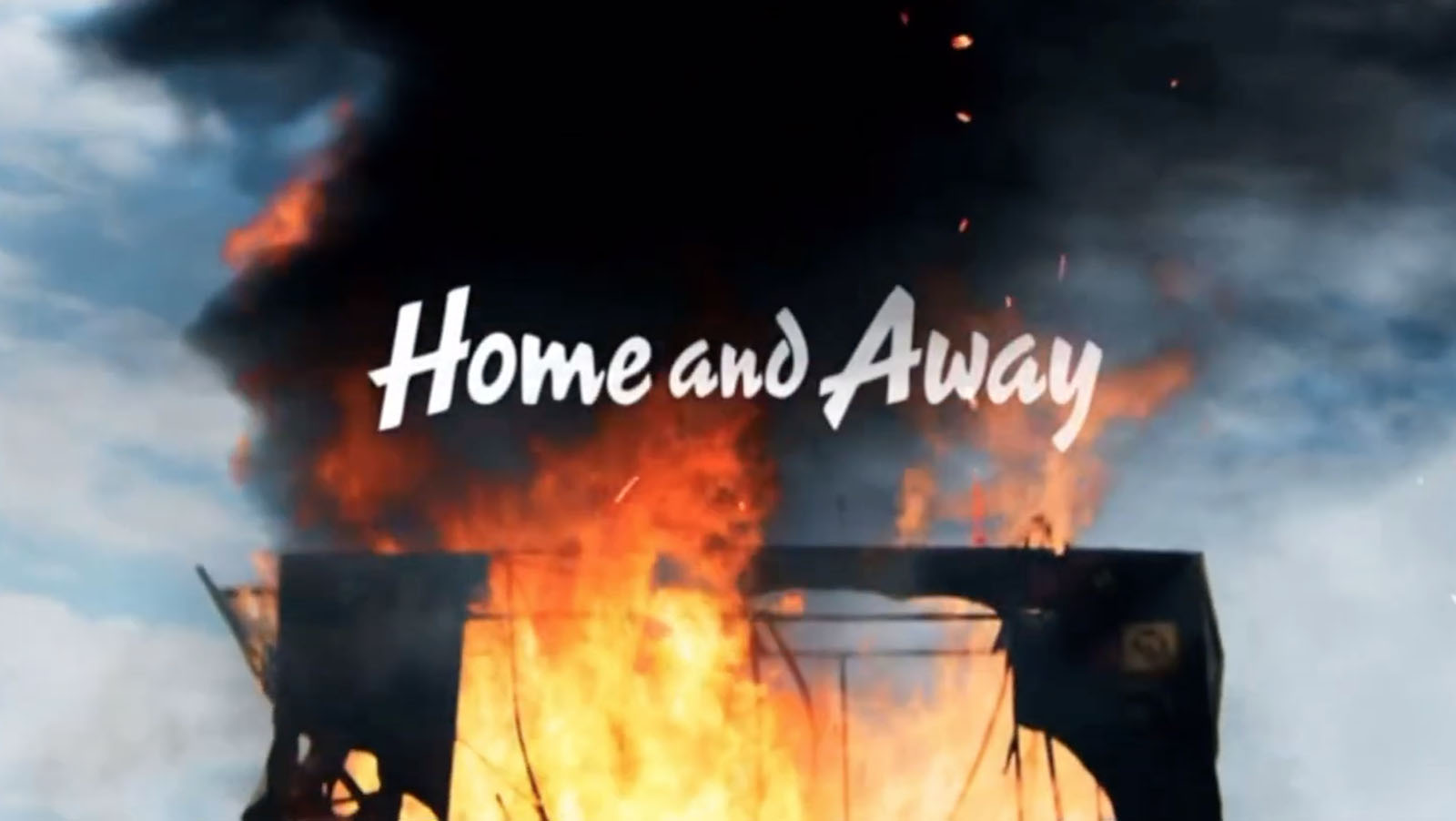 Finally, the camera pans down from a smoky sky to reveal the recently launched taco van completely burnt out, with its black shell still burning intensely as burnt out bits of vehicle are scattered for meters in every direction.

At the same time as the visuals unfold, we have audio from different scenes playing out. “Chloe?” cries out Ryder, seemingly searching in desperation for his girlfriend and business partner.

“Move back,” shouts another voice, which sounds like Mackenzie (Emily Weir).

“Surely this was just a freak accident?” says Dean in the final words of the promo – but is it? 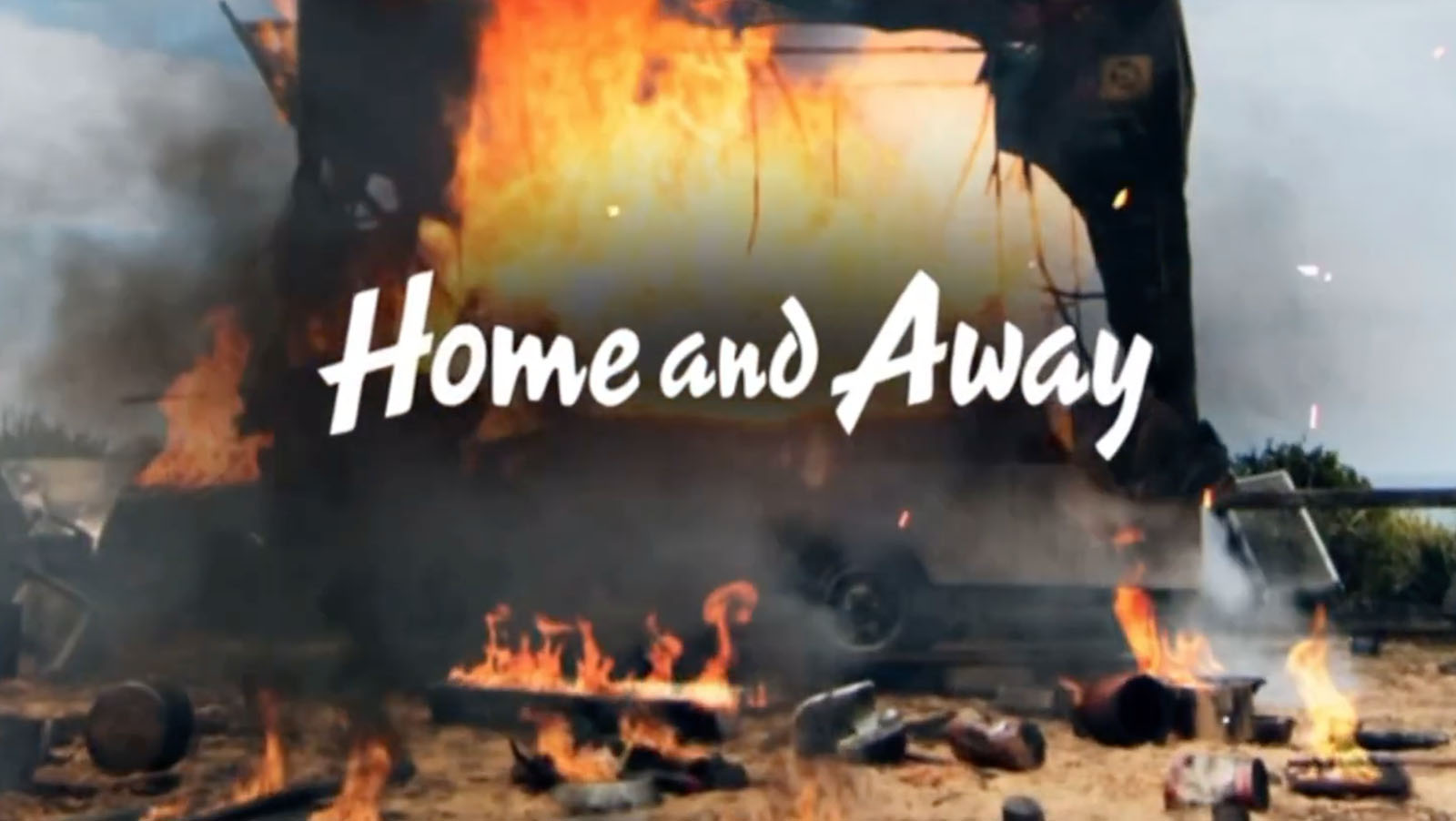 The explosion has been long-anticipated, and we first reported on it back in February after paparazzi and eagle-eyed fans spotted the scenes being filmed at Sydney’s Palm Beach.

One fan even managed to get a selfie with Sam Frost, whose body and clothes had been blackened, and who was covering a head wound that had been applied by the make-up department. 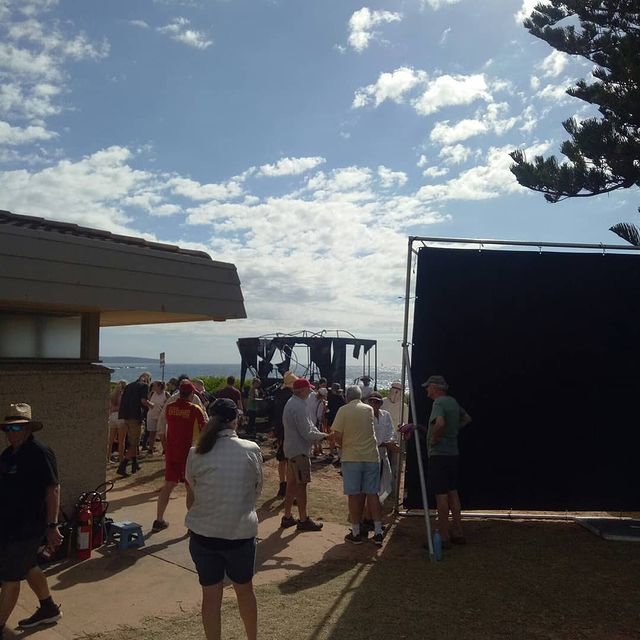 The burnt out shell of the taco truck. https://www.instagram.com/gut_feelings_with_lozzy/

Ryder, Jasmine (Sam Frost), Bella (Courtney Miller) and Marilyn (Emily Symons) all suffer injuries in the blast, which is set to affect the bay for many months to come. Jasmine appears to come off worst, as spoilers for next Thursday’s triple bill state that “Jasmine wakes up”, hinting that she’s set to be in a coma for a number of days after the incident.

It looks like we’re set for another mystery as new cop Cash investigates the explosion, trying to figure out if it was a simple accident, or if there was foul play involved.

If it wasn’t an accident, who would be to blame?

Kieran (Rick Donald) is back in town and has a history of bad moves. Mackenzie is certainly not a fan of the taco truck’s presence just outside her restaurant, and disappeared for days just last week… was she planning something, perhaps a move to get rid of the competition that ended up with unexpected consequences?

Or theres’s Susie (Bridie Carter). She’s still fresh in everyone’s minds and we don’t know just what she’s capable of. Is it just a coincidence that the explosion happens less than a week after her body turns up in the bay?

Australian viewers will find out next week, as the storyline kicks off on Monday. UK viewers have to wait about 5 weeks, with the explosion airing Monday 2nd August.

Who will come out unscathed from the explosion? Has Mackenzie hit rock bottom? In the aftermath of the explosion, people look for answers.

Nikau is trying to have his cake and eat it too. Mackenzie and Ryder talk it out. Is Kieran keeping a secret from Roo?

Dean tries to help a spiralling Justin after he lashes out at Ziggy. Irene gets a taste of the slick new homicide detective. Roo supports Kieran after his shock admission.

Ziggy continues to support Justin against her own better judgement. The new detective has started rattling a few cages. Justin continues to find new ways to reach rock bottom.