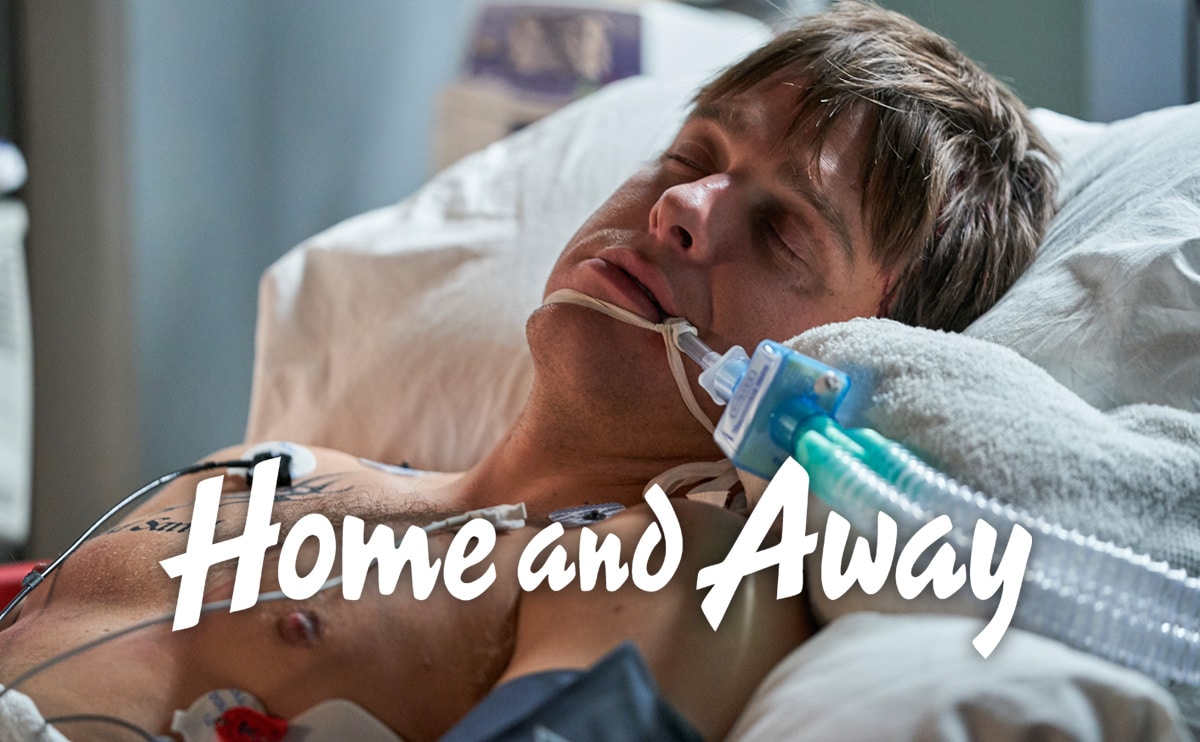 Next week on Home and Away in the UK, in the 2021 season opener, after Colby is rushed to hospital with life-threatening injuries, Dean is forced to say an emotional goodbye. Plus, an old face returns in Ari and Tane’s hour of need!

As the 2020 season came to a close on UK screens last week, Colby Thorne (Tim Franklin) was in a dangerous situation as his past as a police officer became known in prison. Despite attempts to keep his head down, fellow inmate Joe (Shaun Anthony Robinson) led a group of men who surrounded Colby in the exercise yard, as he asked “Did you really think you’d get away with it, Constable Thorne?” 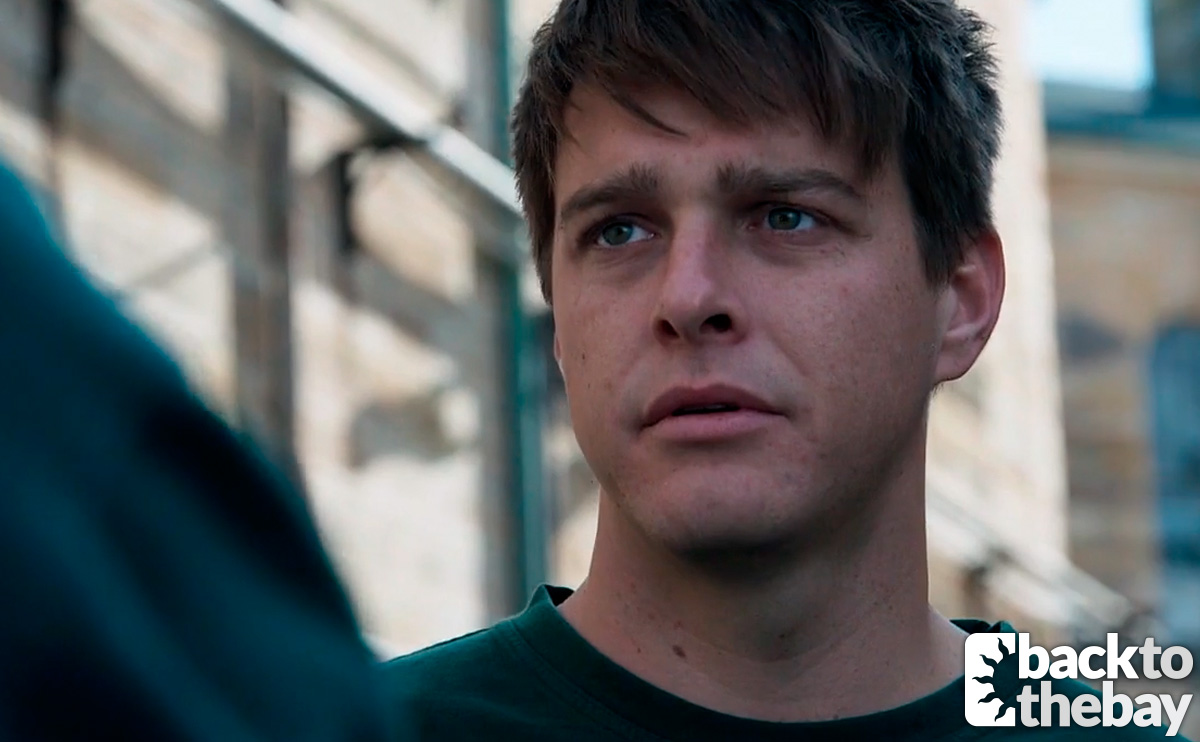 As we rejoin the action, three weeks behind the Australian airing of the episode, Colby is out cold on the ground as prison infirmary nurse Lewis (Luke Arnold) tries to bring him round. Realising Colby isn’t breathing, Lewis orders for an ambulance to be called as he begins CPR.

Colby is revived, but his condition deterioates again when he has a seizure in the ambulance and Lewis battles to stabilise him. 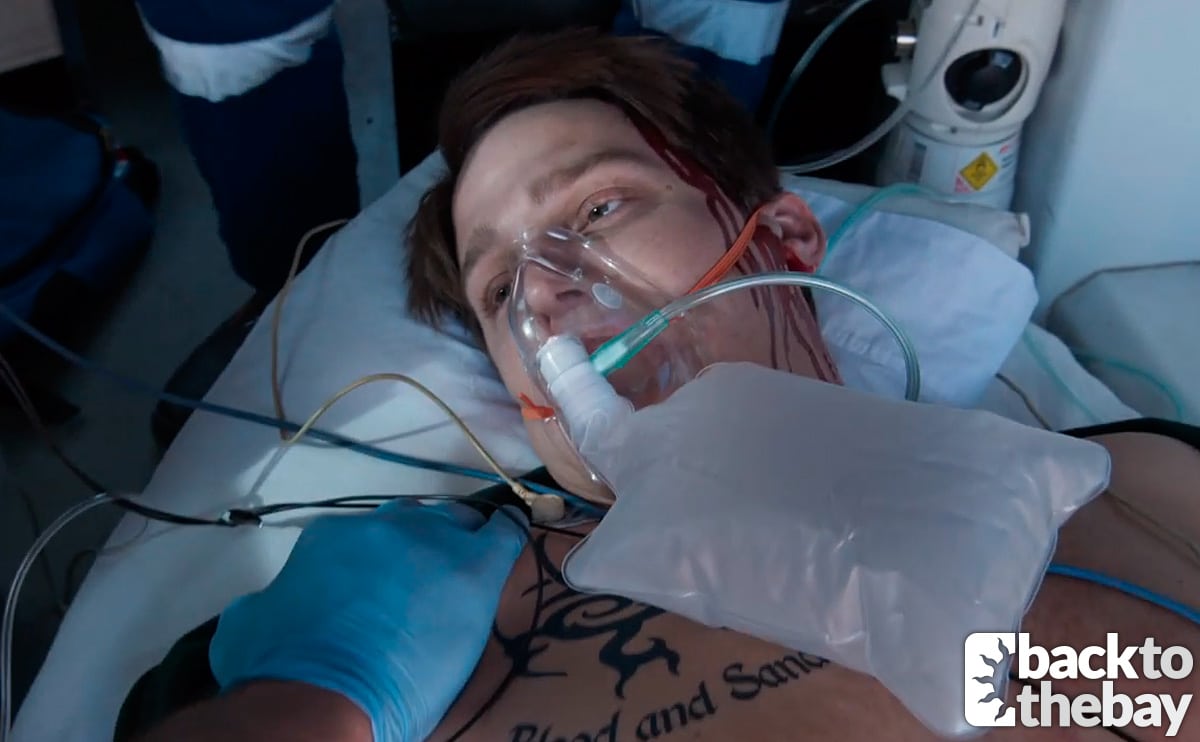 As Dr Christian Green (Ditch Davey) briefs the staff at Northern Districts about an incoming patient from the prison, Jasmine (Sam Frost) is shocked when her good friend is rushed into the department. Lewis is accompanying Colby, alongside prison officer Adrian Martinez (Shameer Birges) and another guard, and Lewis does a double take when he sees Christian taking charge. He clearly knows him, and isn’t pleased to see him.

As Christian tried to intubate Colby, Jasmine notices bleeding coming from Colby’s ear. Realising how serious the situation is, Jasmine says that she will ring Colby’s sister Bella (Courtney Miller), but Martinez forbids it. No-one is allowed to be informed without the say so of the prison boss, and she won’t even consider it without a medical report first. Martinez sympathises with Jasmine, but rules are rules. 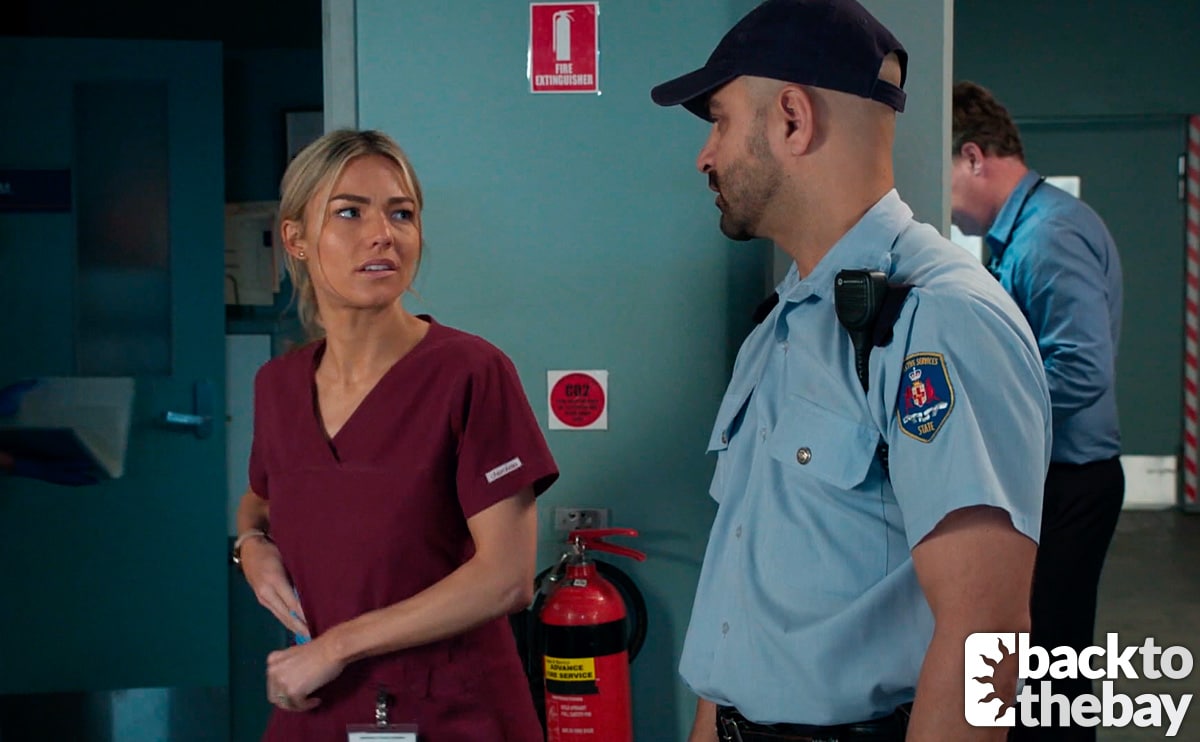 Jasmine relays this to Lewis and tells him that she’s going to break the rules anyway, Colby’s family have to see him in case the worse happens. Lewis agrees, but tells Jasmine that they need to be clever about it.

After heading to the pier apartment to inform Bella and Dean (Patrick O’Connor) of the situation, Dean arranges for a gang of River Boys to turn up and cause mayhem in the emergency department. Whilst the staff and officers guarding Colby are distracted, Bella and Dean slip in to be at Colby’s bedside. 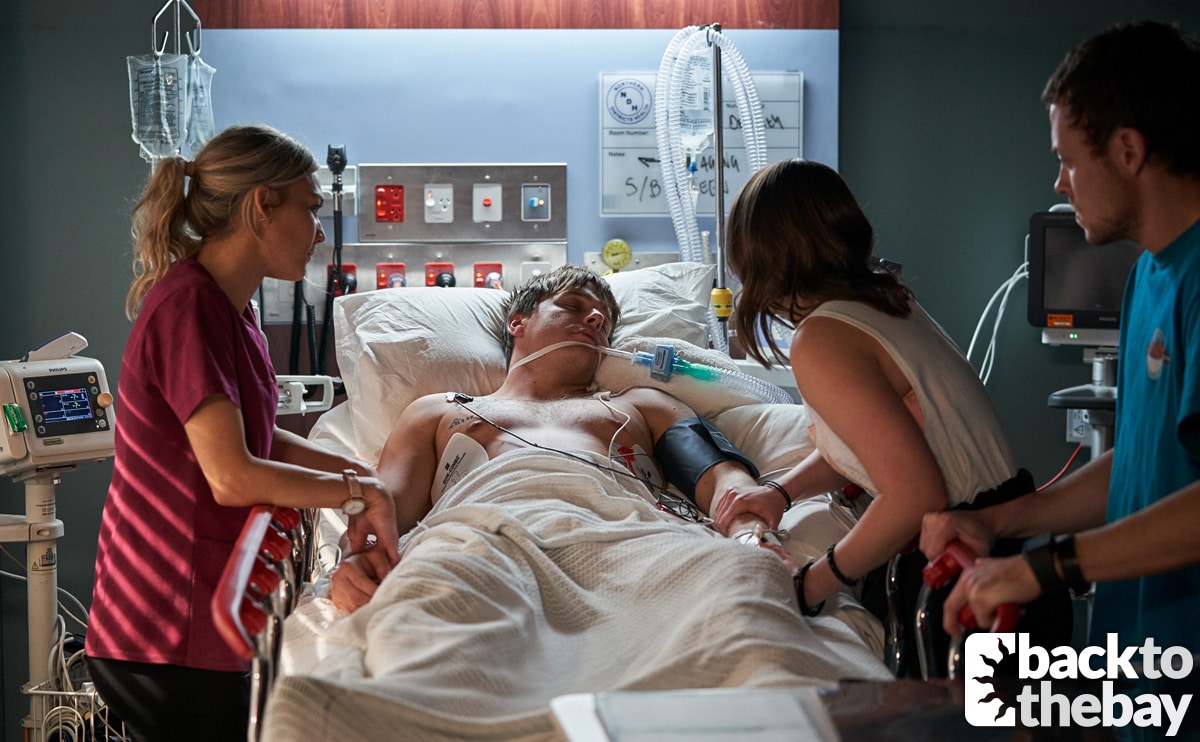 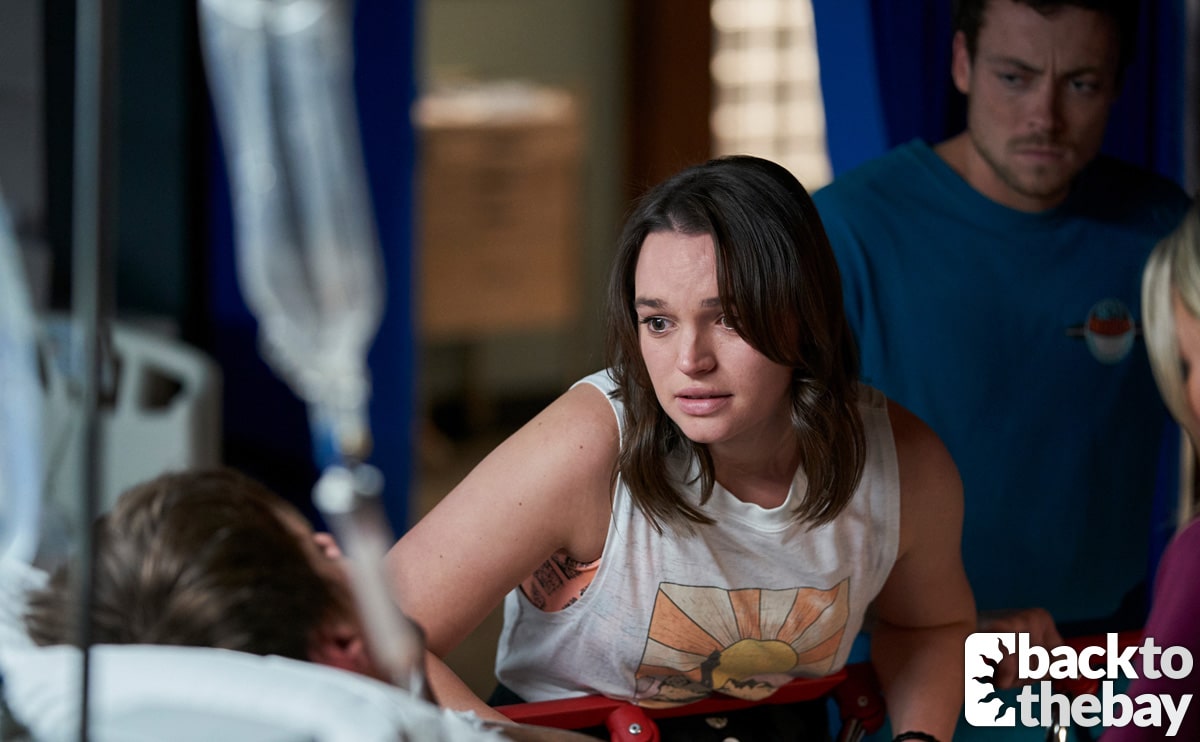 When Christian returns shortly afterwards he isn’t too impressed, telling them that the guards won’t be pleased! Dean doesn’t give a stuff, but Christian then reminds them that the prison could remove Colby’s visitation rights altogether. He gives Dean and Bella a few minutes to say goodbye whilst he further distracts the guards with their medical plan. 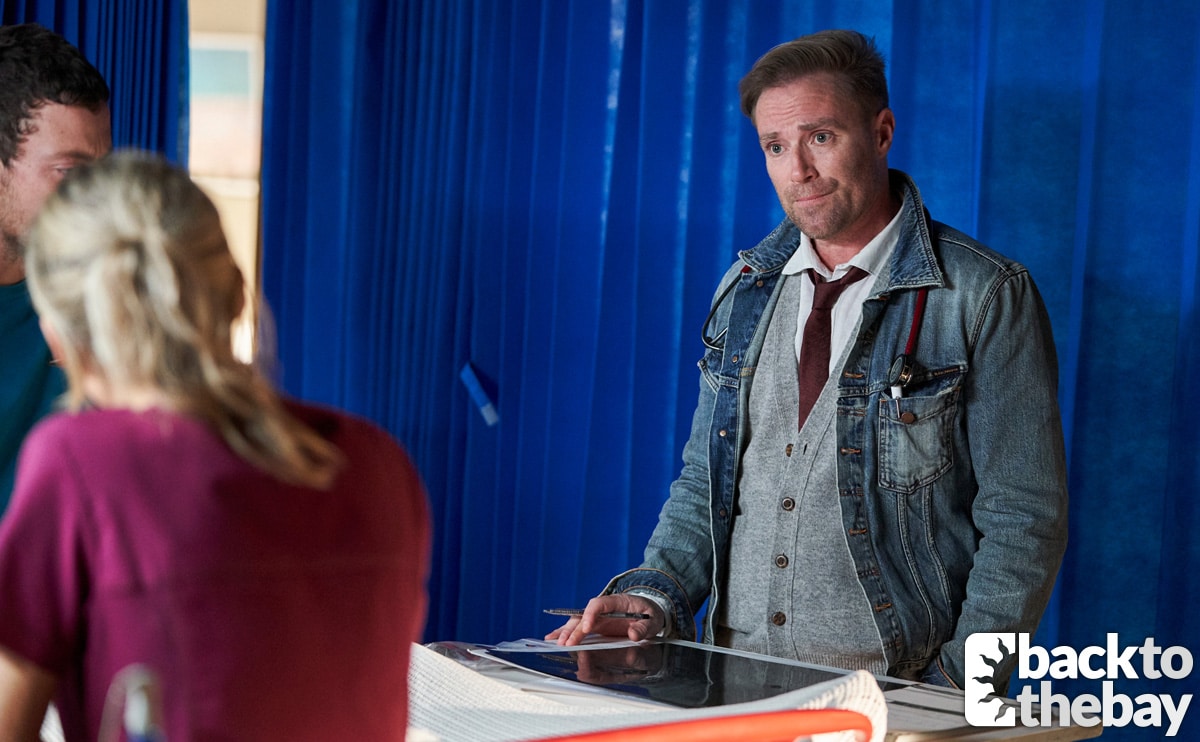 Bella tearfully tells Colby that she loves him and vows that she’ll come back as soon as she can. Dean struggles to find any words, and after he and Bella depart, Jasmine also becomes tearful. 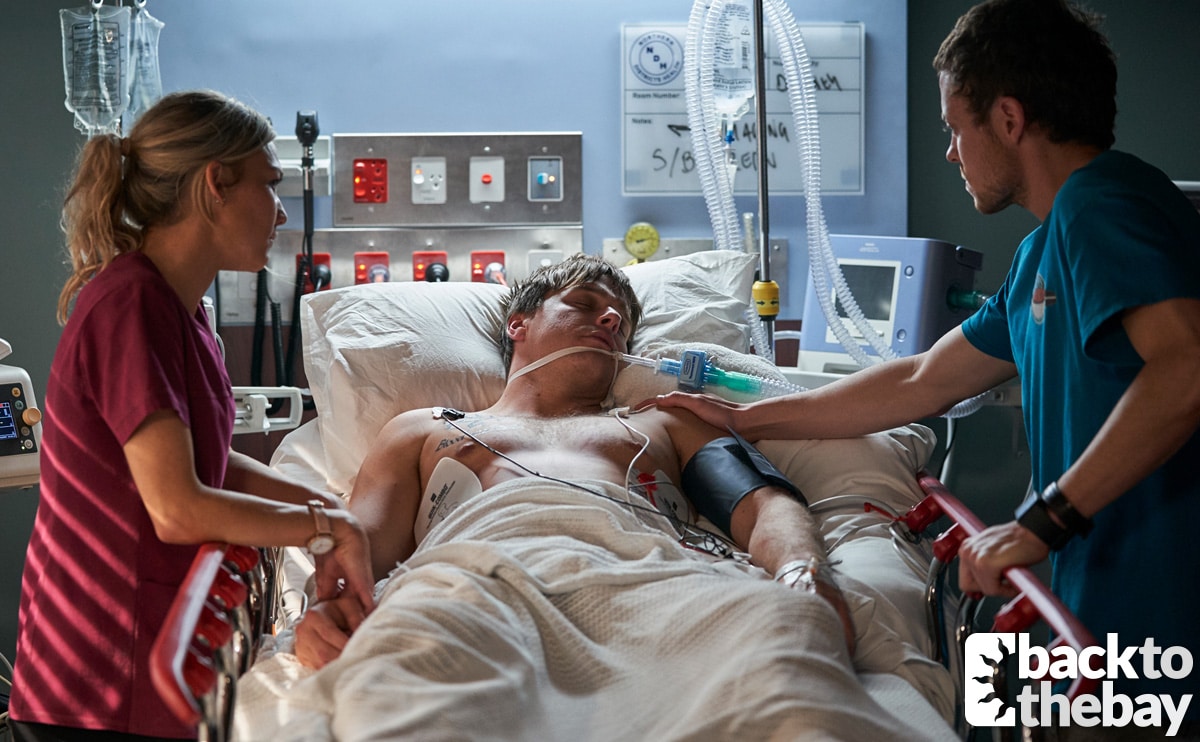 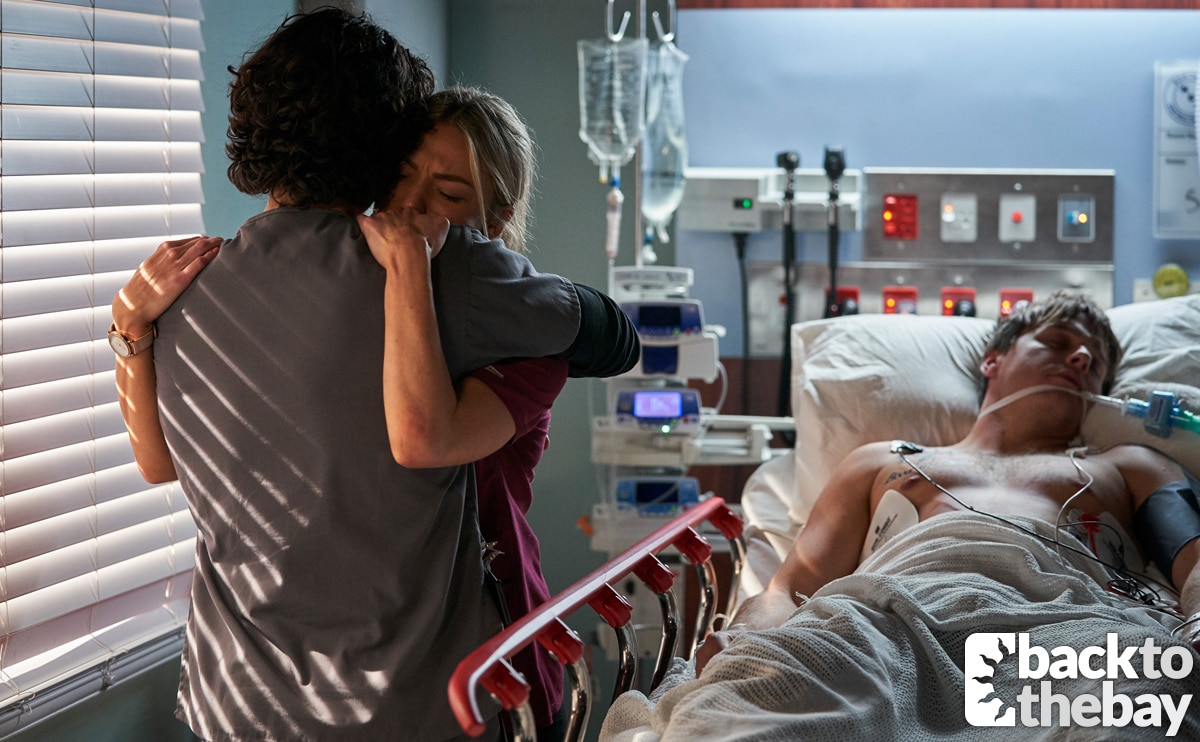 Later on, as Jasmine holds Colby’s hand, he starts to rally round, much to everyone’s relief, and Jasmine texts Bella the good news.

One evening later in the week, with Colby now allowed visitors at the hospital, Dean goes to see him. Colby asks whether Bella is with him but Dean explains he wanted to see him alone. 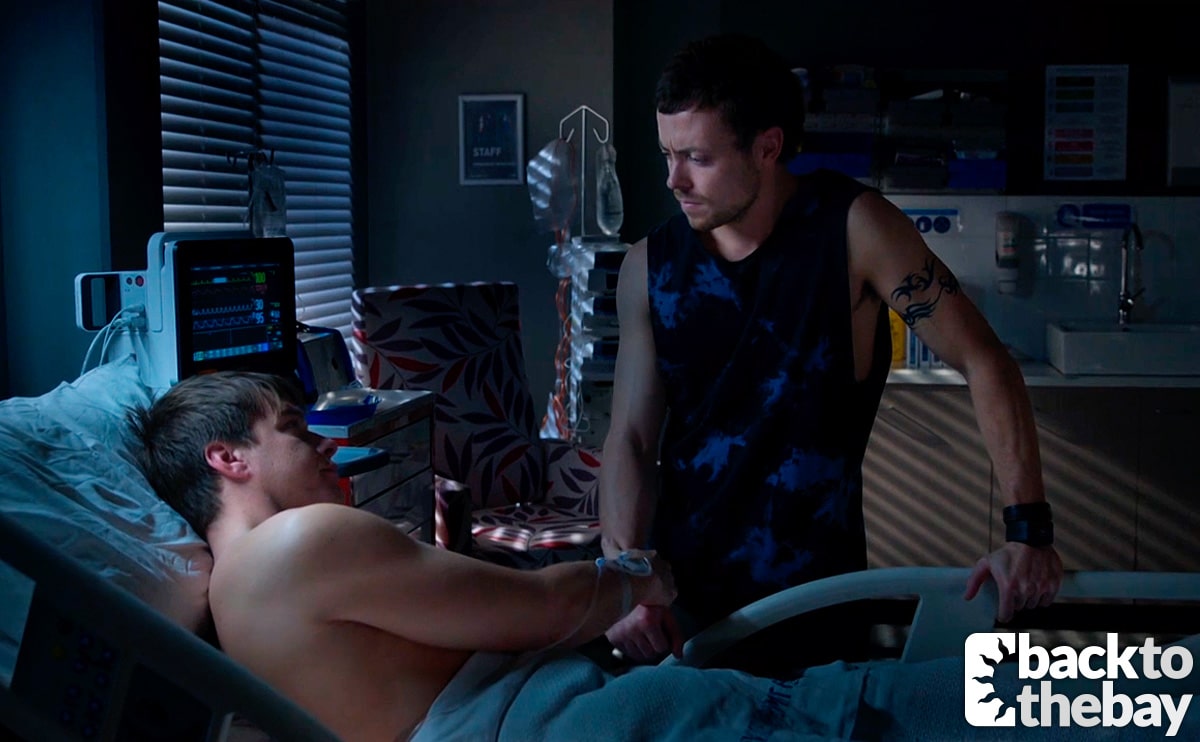 Dean tells Colby that the only person he should concentrate on now is himself, he’ll take care of Bella. With them both being aware that Colby is a dead man walking when he heads back to prison, Dean tells him that he needs do anything he can to survive, whatever the price. Colby understands.

But things then get more emotional between the pair, when Dean breaks the news to Colby that he can’t face visiting him in prison. He vowed to himself that he would never step foot back inside. 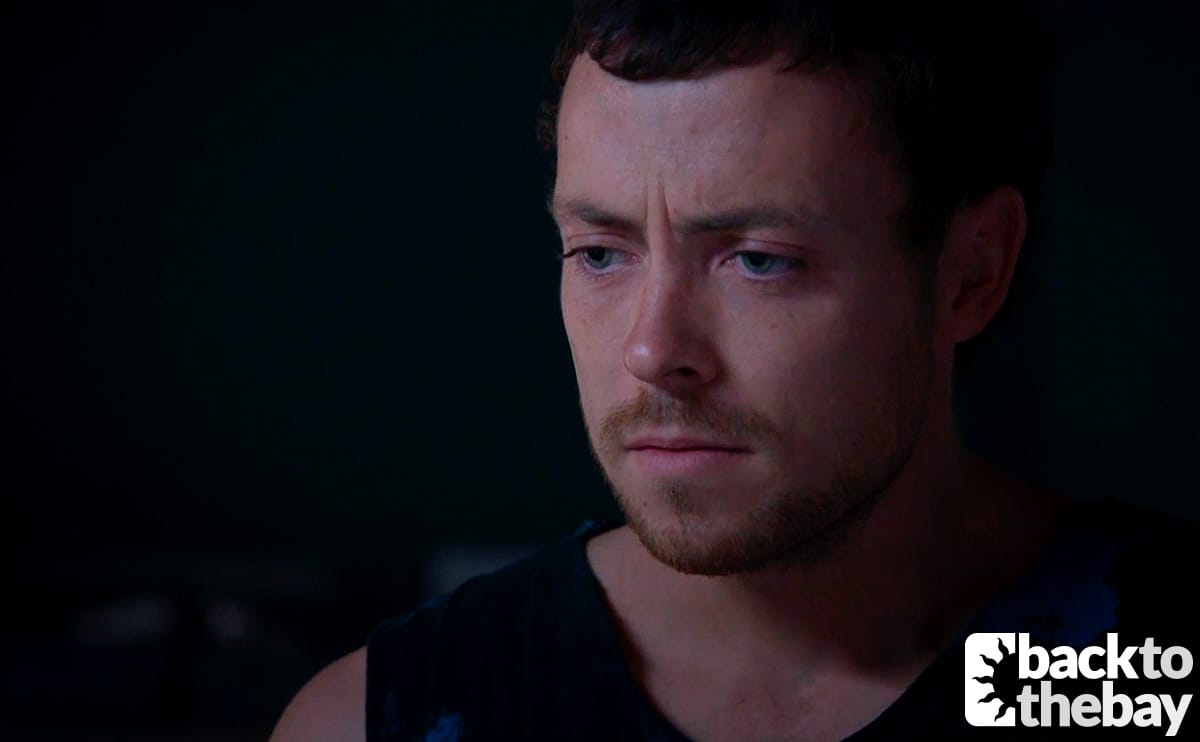 As such, Dean is sorry as he explains that Colby will never see him again.

It takes a moment for Colby to take in what his best mate has just told him, but he understands. He tells Dean it’s OK, as Dean puts on a brave face and leaves. 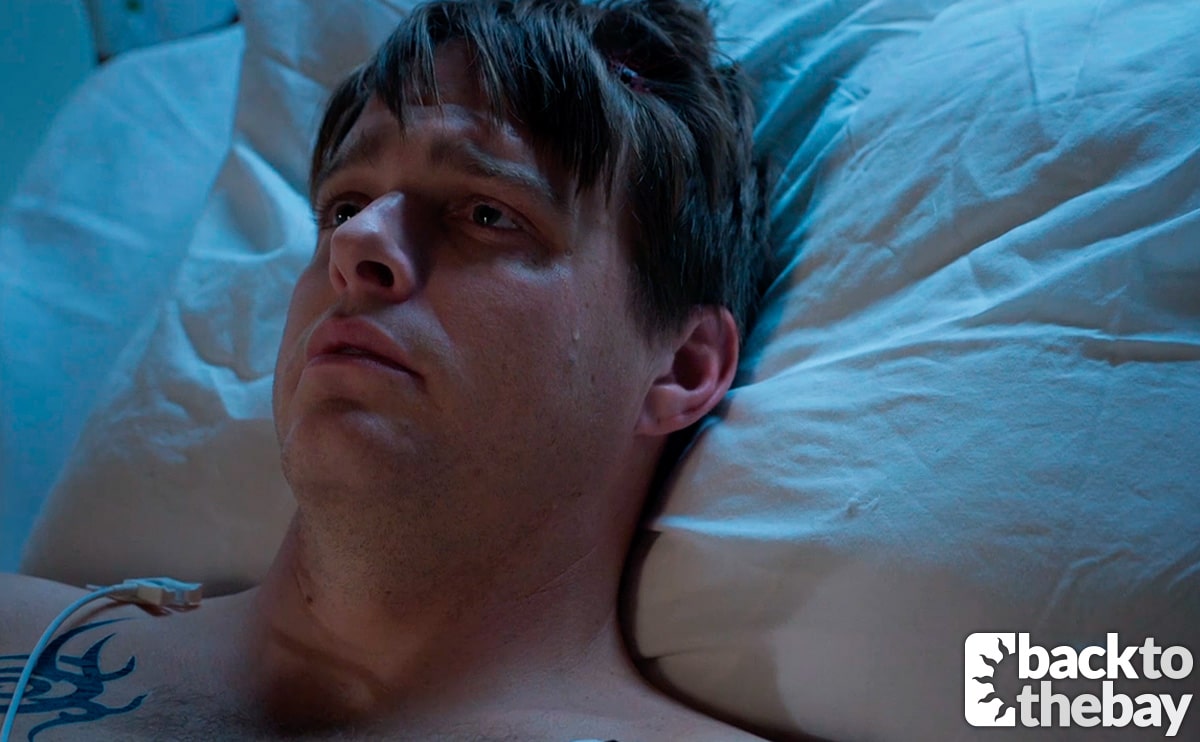 Is this really it for Dean and Colby’s lifelong friendship?

Elsewhere in Summer Bay, the day finally arrives for the armed robbery that Paul (Jack Finsterer) is forcing Ari (Rob Kipa-Williams) and Tane (Ethan Browne) to take part in.

The brothers had hoped that their debt to Paul had been cleared following the last job they pulled off for him, particularly after Ari’s girlfriend Mackenzie (Emily Weir) also gave Paul her Porsche. But when Paul and his sidekick Leon (Will McNeill) revealed that they had photos of Ari and Tane handling stolen goods, the two have found themselves blackmailed into holding up the Reefton Lakes Leagues Club.

As Ari and Tane desperately try to think of a way out of it, they get assistance from an unexpected source when Dean turns up at the house. He knows that something is up, and since Ari helped him out last week, he feels like he owes him and wants to help with whatever is going down.

After being told of the plan, Dean points out the Reefton Lakes is on River Boy turf, and they’re sure not going to be happy if the cops start sniffing around. He asks Ari and Tane if they can convince both Paul and Leon to be present at the club when the robbery takes place, just as insurance. 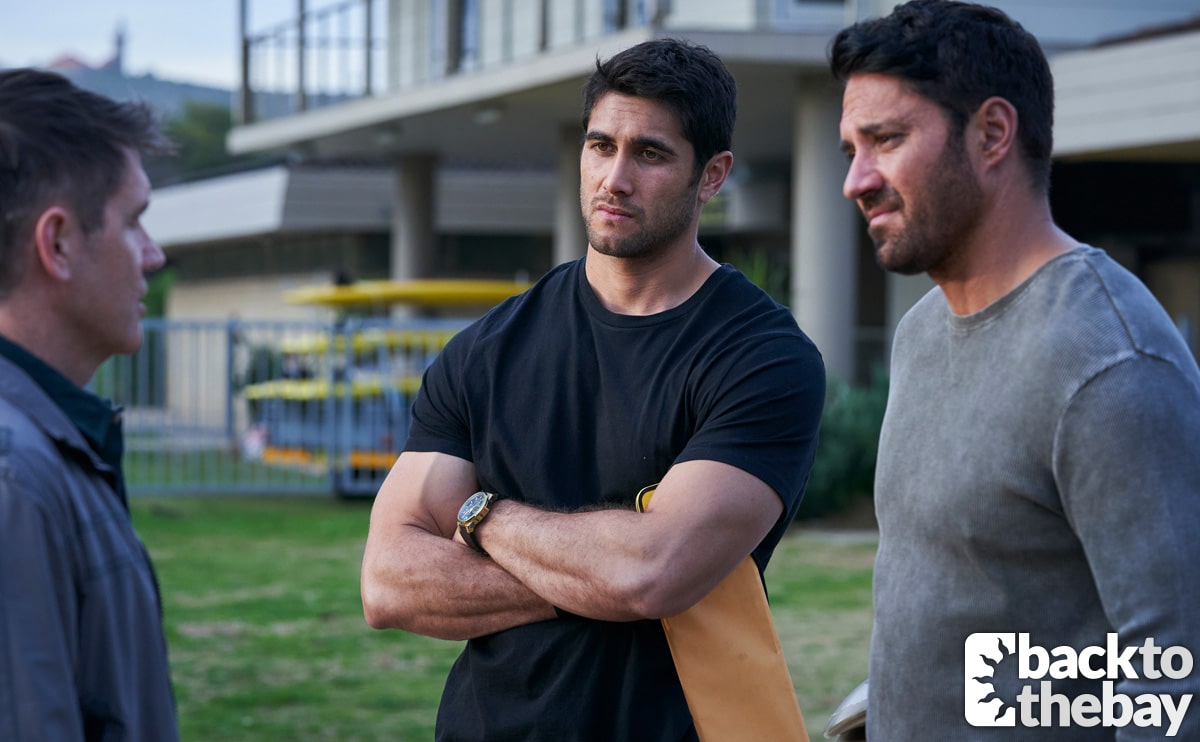 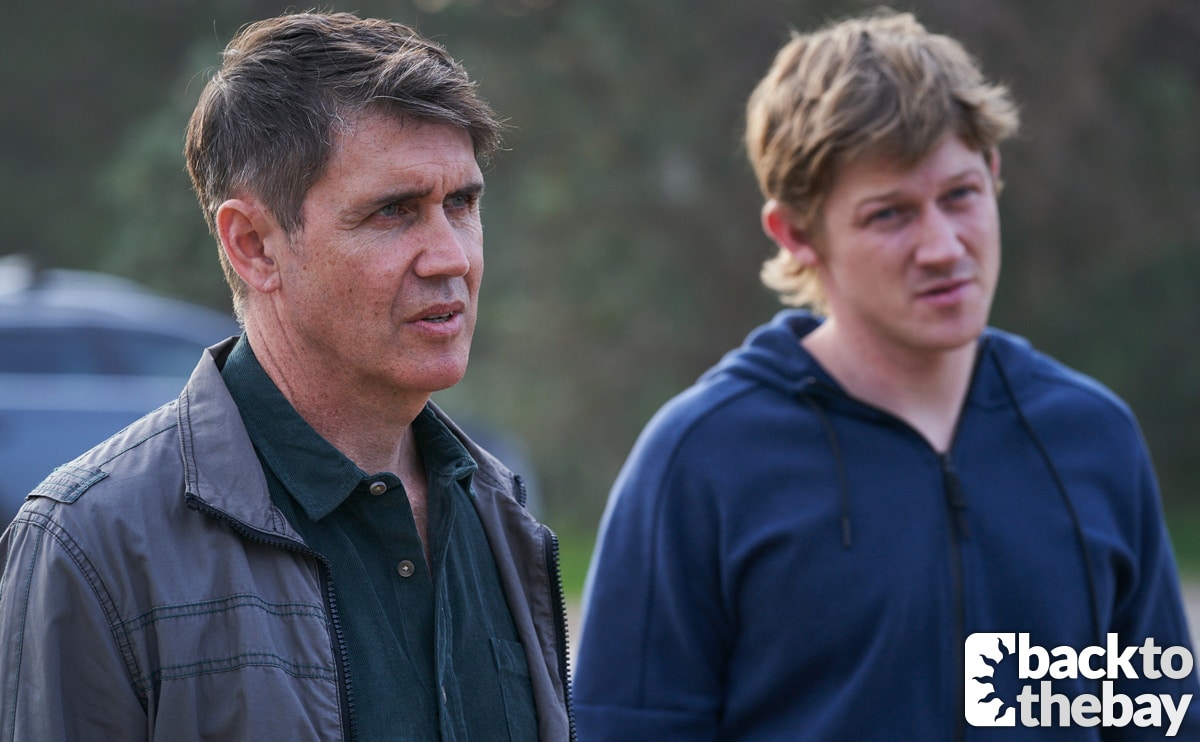 The brothers meet with Paul and Leon, and whilst they’re not able to convince them that they need more manpower to pull the job off, they do at least agree to meet them in Reefton Lakes. With the stakes getting higher by the minute, with both Bella and Mackenzie also finding out about the robbery, Ari and Tane are going to need a miracle!

That evening, everyone arrives in Reefton Lakes as planned. 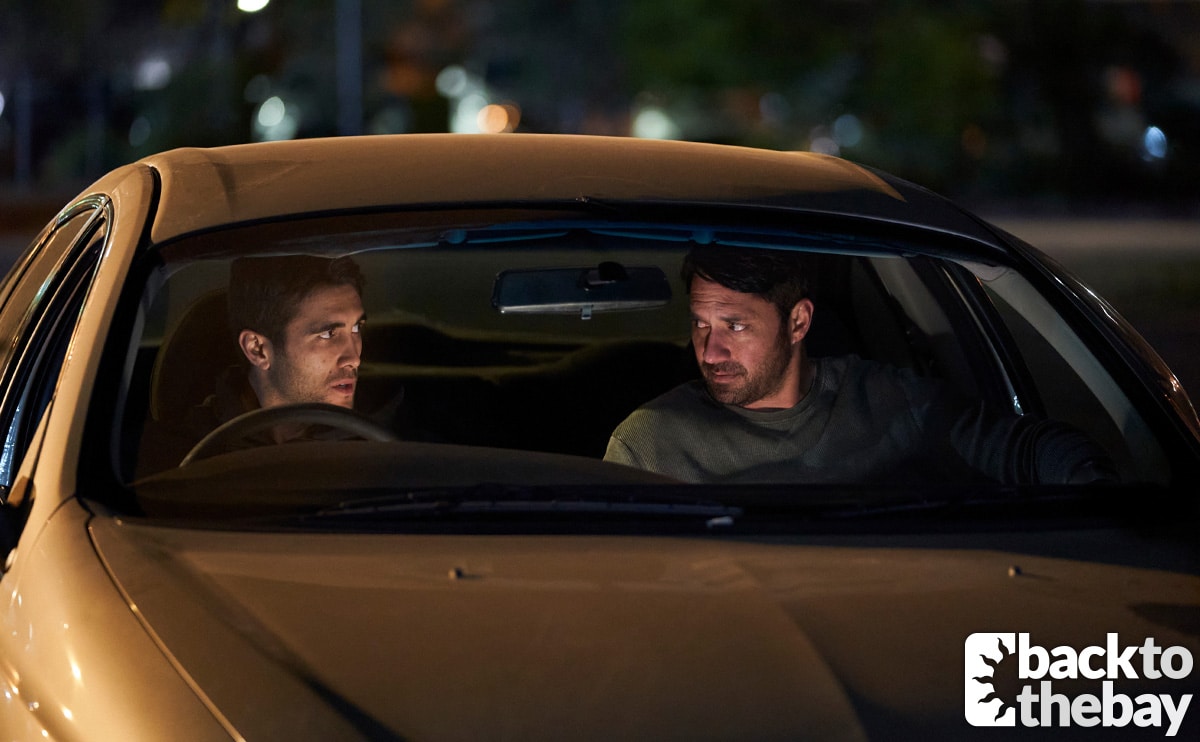 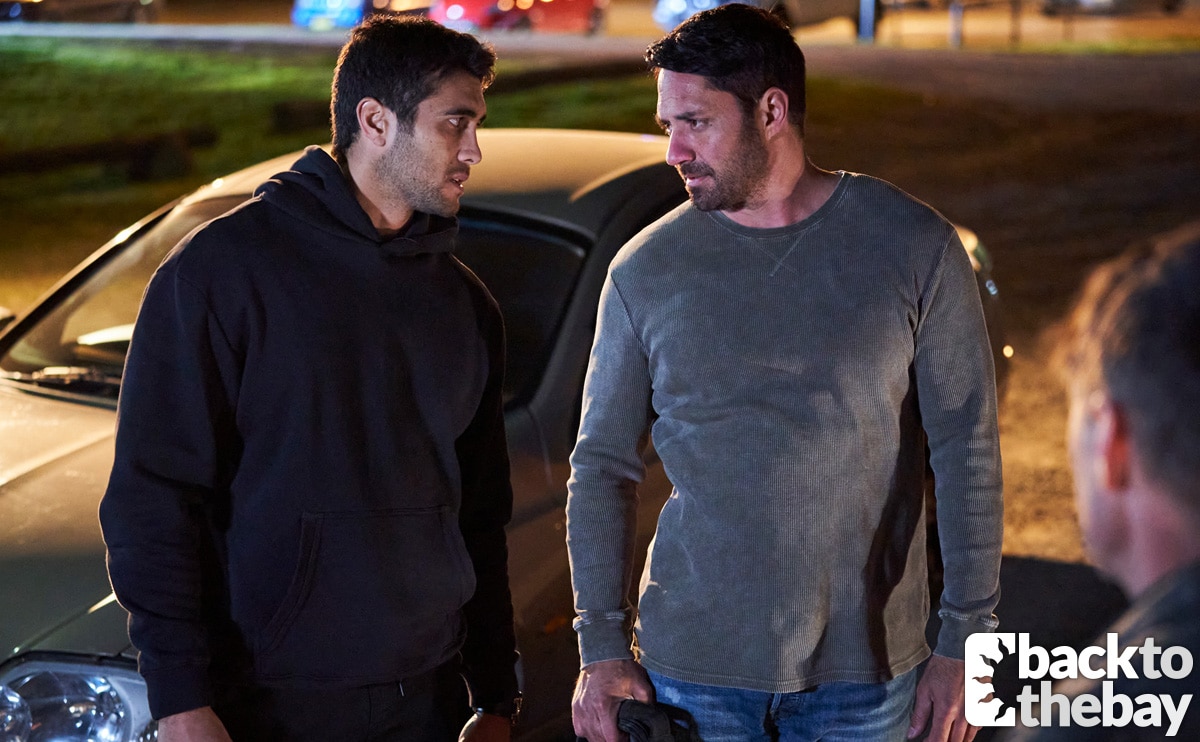 Paul and Leon, along with their heavies are about to start handing out the weapons when they’re rudely interrupted by the arrival of a fleet of cars, who proceed to line up in front of them.

No-one knows what’s going on until Dean steps out of one car, and out of a ute emerges none other than Heath Braxton (Dan Ewing)! 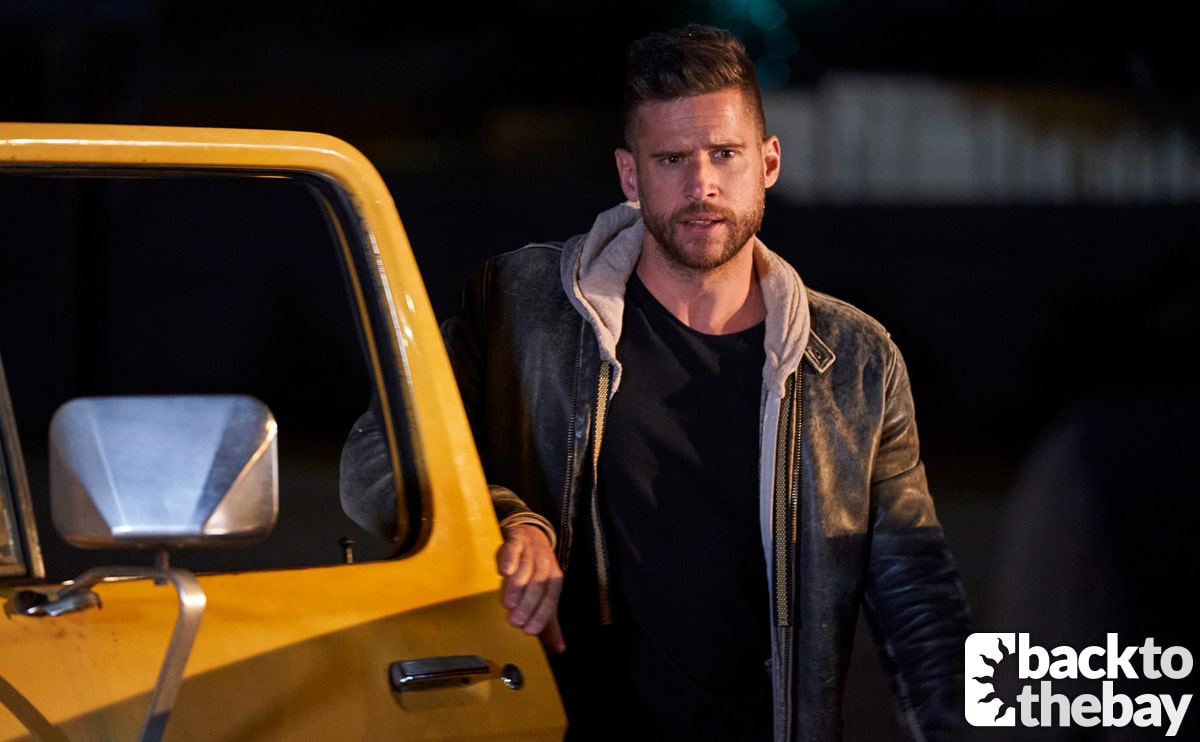 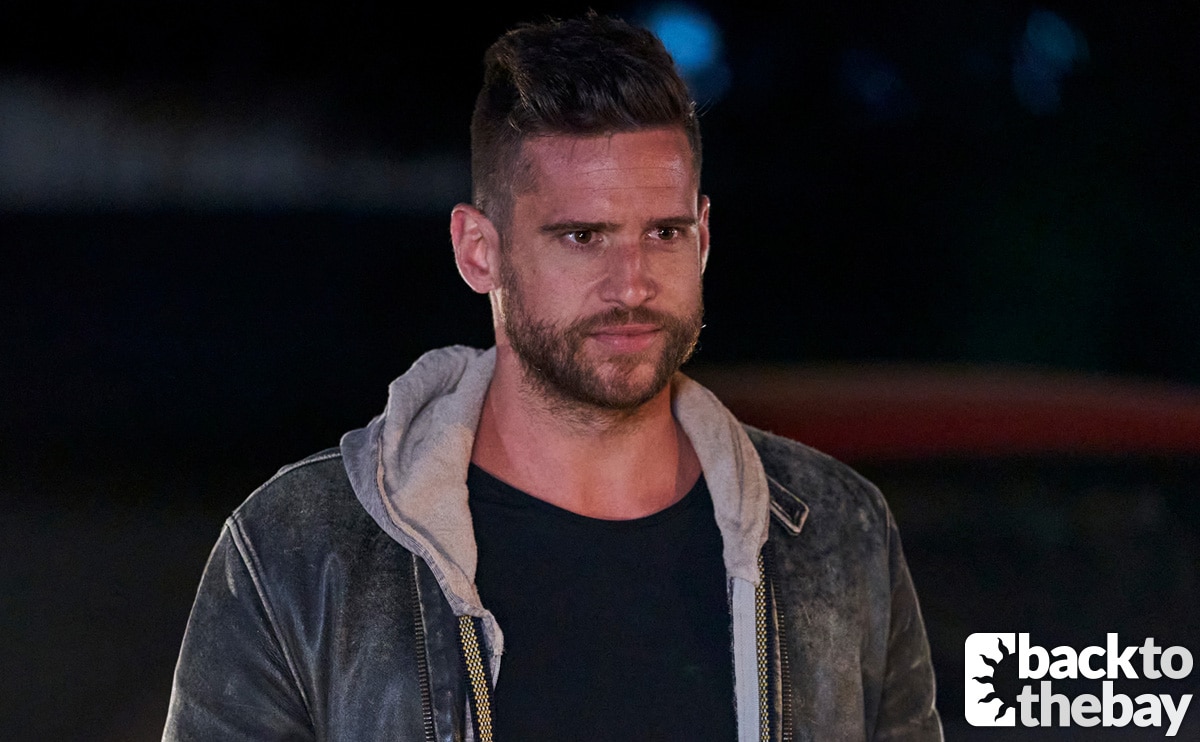 Heath introduces himself and tells the men that they are on River Boy turf, and as Dean then explains, that’s a bad idea…

Before anyone has time to react, the River Boys do what they’re best at and start a brawl. It doesn’t take long for the River Boys, along with Ari and Tane, to overcome Paul’s men, and Heath bundle Leon and Paul into his ute to take them on a little trip.

Dean thanks Heath, and Heath replies that it’s the most fun he’s had in ages! 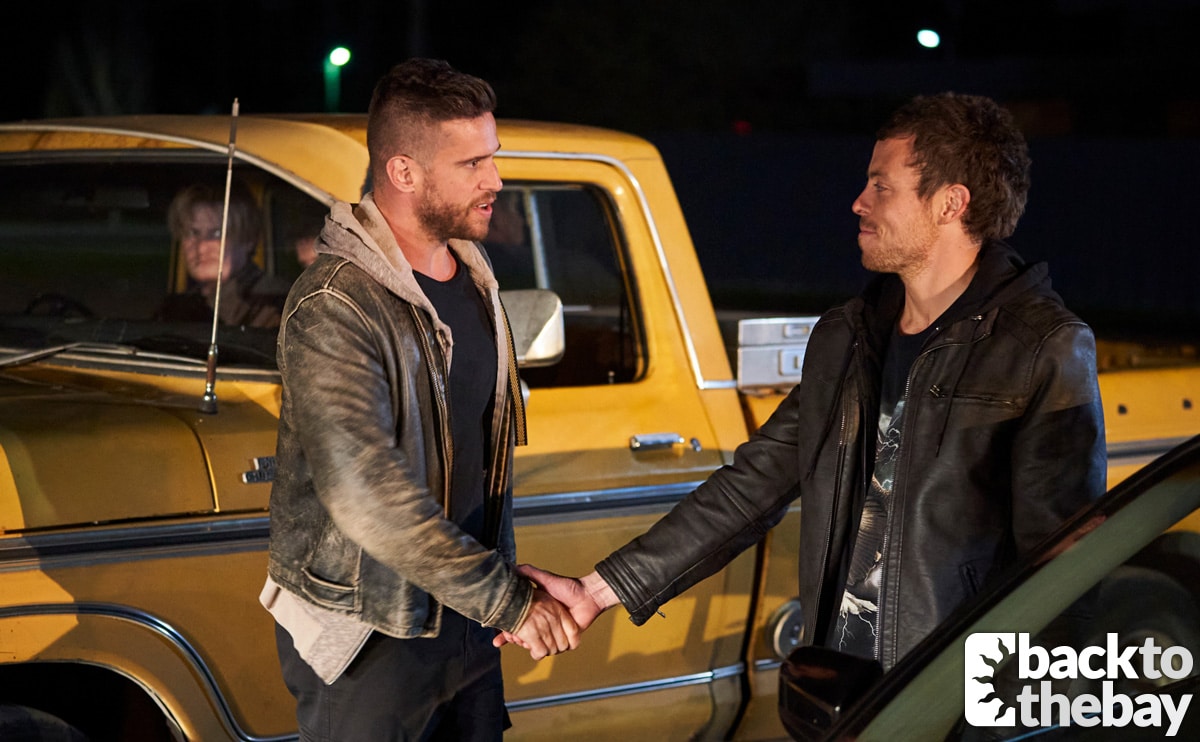 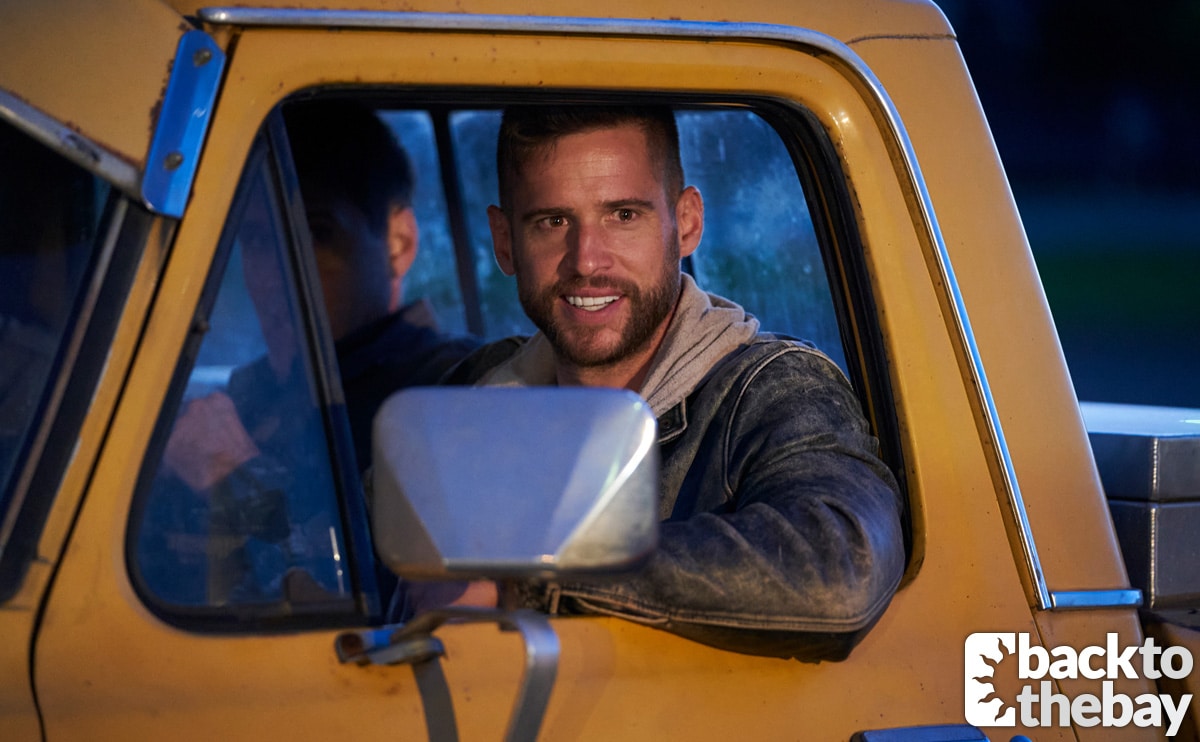 With Dean promising that Paul and Leon are about to face with some River Boy justice, will Ari and Tane’s ordeal finally be over for good?

Dan Ewing last appeared on the show as Heath back in early 2017, and he recently revealed to What’s on TV that his brief cameo in the episode came about in a rather unusual way…

“I hope she doesn’t mind me saying but our fearless leader and Series Producer Lucy Addario had a dream about me!“ he explained. “Ok, well, not me… but about Heath returning to help ‘sort out’ a situation in the 2021 season return storyline. Our brilliant Script Producer Louise Bowes called me to talk about what they had in mind and I was on set the very next week!”

Also next week… John finds love with a new arrival, and Christian proposes to Tori 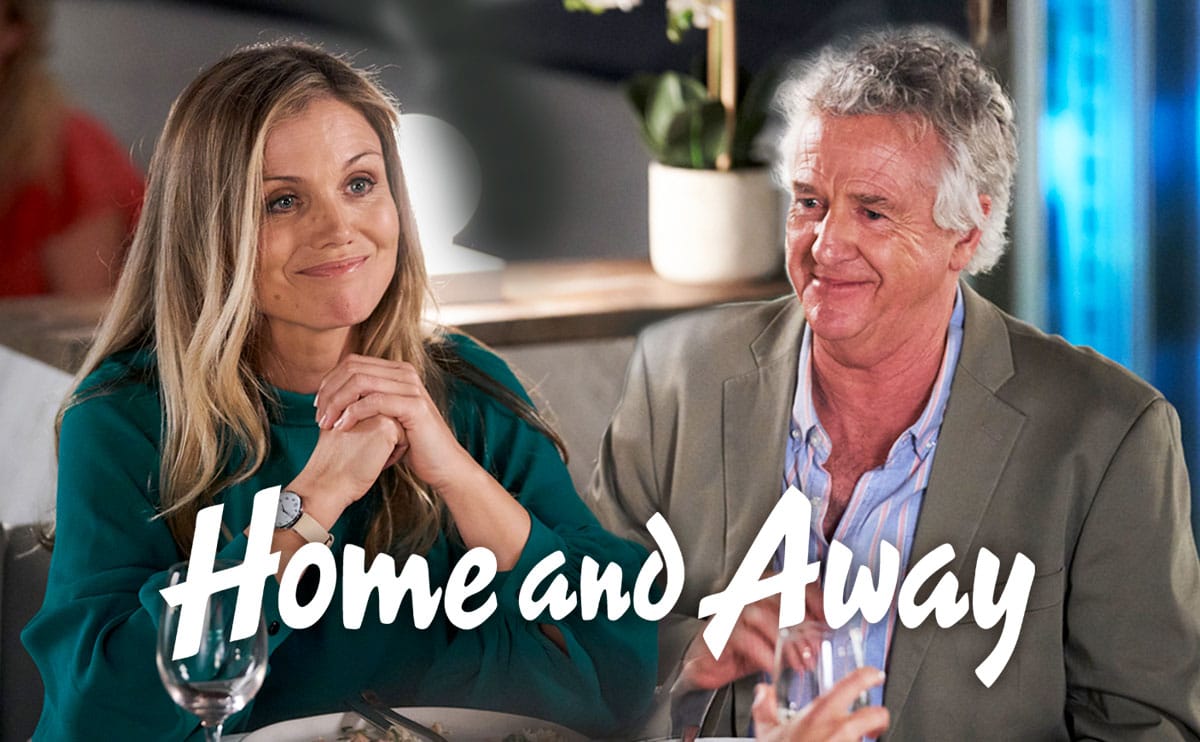 Love and lust is all around in Summer Bay as Christian proposes to Tori, John is swept off his feet by a beautiful stranger, and Ziggy struggles with her feelings for Tane…

Colby’s life hangs in the balance.

Bella stumbles across a secret.

Kieran does his best to fit in.

Dean calls in a favour from the old crew.

Ziggy’s pushed into a corner.

A mysterious woman arrives into town.

Justin gets serious with Ziggy.

Christian looks for a place to live.

Justin gets the prognosis on his back.

Christian has a very important question for Tori.

John goes on a date.