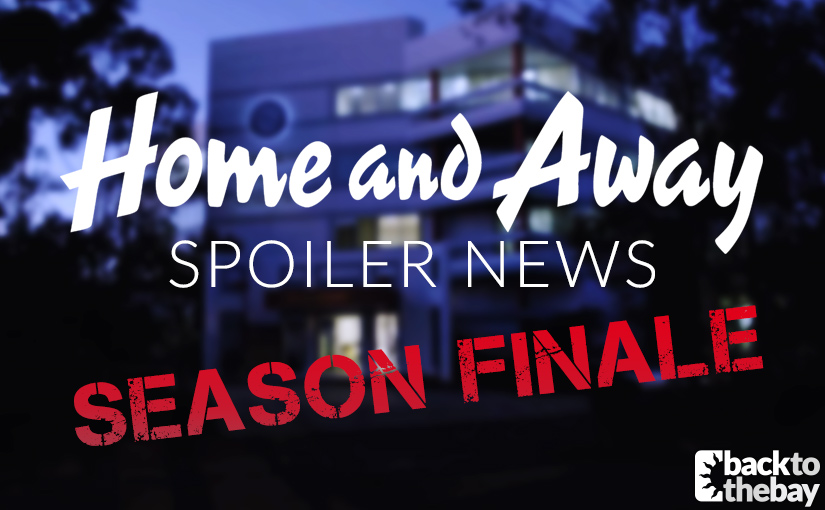 It has been confirmed that the 2019 season of Home and Away will draw to a close in Australia next week.

The season finale will air on Seven as a triple episode on Wednesday 27th November.

A season return date for 2020 is not yet known, and will likely not be announced by Seven until nearer the time.

With major plot points of the last couple of season finales being revealed by the press months in advance—due to key scenes being filmed on-location, with the paparazzi ready to point and shoot—the show has mostly managed to keep the finale storylines away from the public eye this year.

Fan speculation on our forum and social media has still been rife of course, with a few having put together some key clues which have been out there over the past few months (though we couldn’t possibly comment as to whether they’re on target)…

With some sort of disaster often laying siege to Summer Bay this time every year, it’s no surprise that the finale week looks set to bring a number of recent storylines to a head in a dramatic fashion—which are sure to see out the season with a bang. 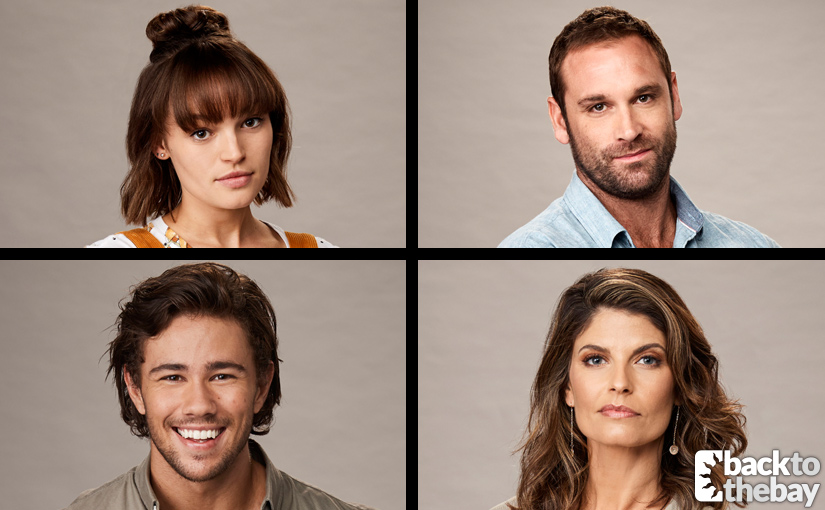 Home and Away have now released a dramatic trailer for the season finale, showing a siege at Northern Districts Hospital, and hinting that two Summer Bay residents will say goodbye.

The newly released trailer shows a thrilling and emotional heist at Northern Districts Hospital. In tense scenes, two unknown gunmen storming the hospital, with at least Alex, Mason, Mackenzie, Jasmine and Marilyn inside.

Colby and the rest of Yabbie Creek Police set up a cordon outside, but suddenly a gunshot rings out. Image © Channel 7.

Who will say goodbye in the 2019 season finale?

Up to 20 people are being held hostage, and as the police set up a cordon around the hospital and plan their next move, a gunshot rings out from inside. Will one or more Summer Bay residents meet their demise?

Jasmine tells Robbo she’s ready for them to have a baby. Image © Channel 7.

The trailer also features Jasmine announcing to Robbo that she wants them to have a baby. Meanwhile, Ziggy finally returns to Summer Bay, announcing that she’s made a mistake and needs to talk to Dean.

Ziggy rushes to the hospital looking for Dean, but is he even there? Image © Channel 7.

Who is in the car that careers off the road? Image © Channel 7.

However, as she runs to the hospital looking for Dean, a car careers off the road, violently flipping over again and again.

In another scene, Bella is seen taking a number of pills in a dramatic attempt to prove she’s really sick, before doubling over in pain.

Will one or more say goodbye as Home and Away’s 2019 season comes to an end?

The run up to the finale will also see Jade get her revenge on Ryder by making some potentially life destroying accusations, Bella and Mackenzie having their eyes on some newcomers to the bay, and Ziggy’s return to town. But what other twists are in store, and will we find out what has happened to Leah…?

The official episode synopses for the finale week are below:

A betrayed and humiliated Ryder deals with the fallout of the allegations.

An escalation in the case leaves Robbo vowing to protect his family and end things once and for all.

Tori is finally able to be a mother to her child.

A fraught Jasmine struggles with being separated from Grace.

Lives hang in the balance as an unexpected threat arises.

A reckless Bella takes desperate measures to prove her sickness.

Can Robbo crack the case before more lives are lost?

These episodes will air in the UK in the first week of March.

As we’ve previously reported, there will be a series of Home and Away Christmas Specials streamed in the UK during the Christmas Break.

Whilst there’s been no official word from Seven as yet, we’ll take a shot in the dark by presuming they will also be added to 7Plus, so that Aussie fans can also continue to get their Summer Bay fix.