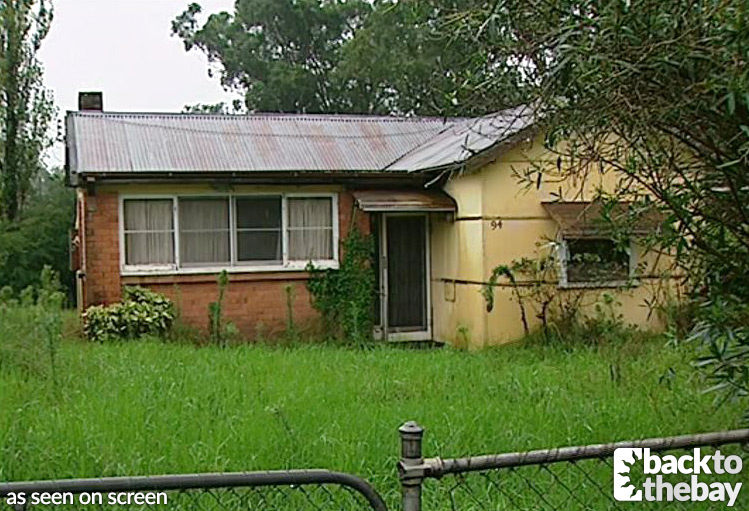 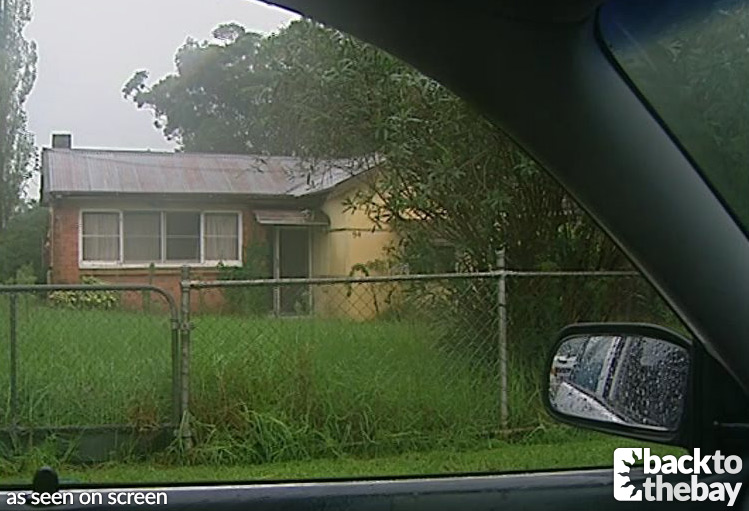 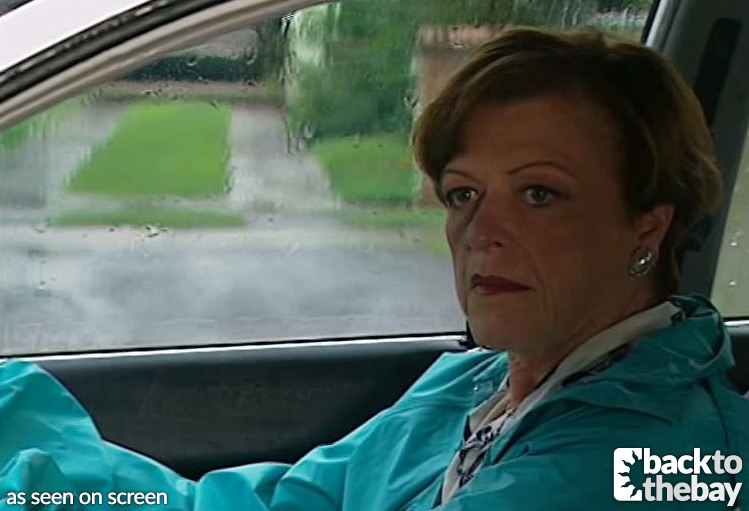 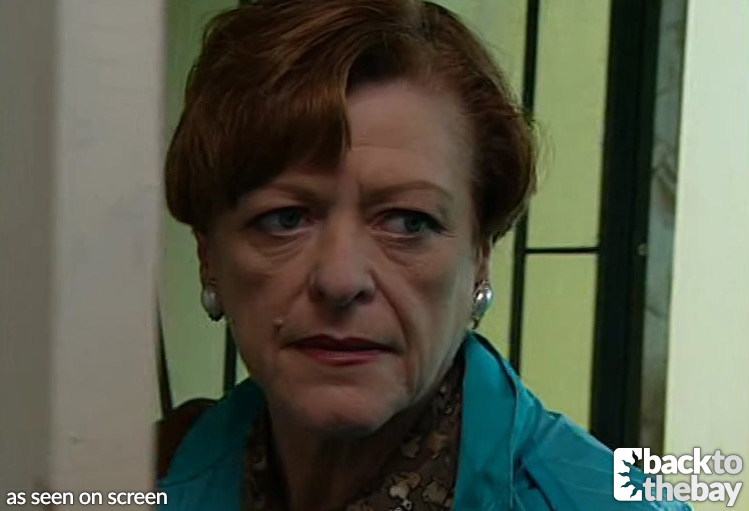 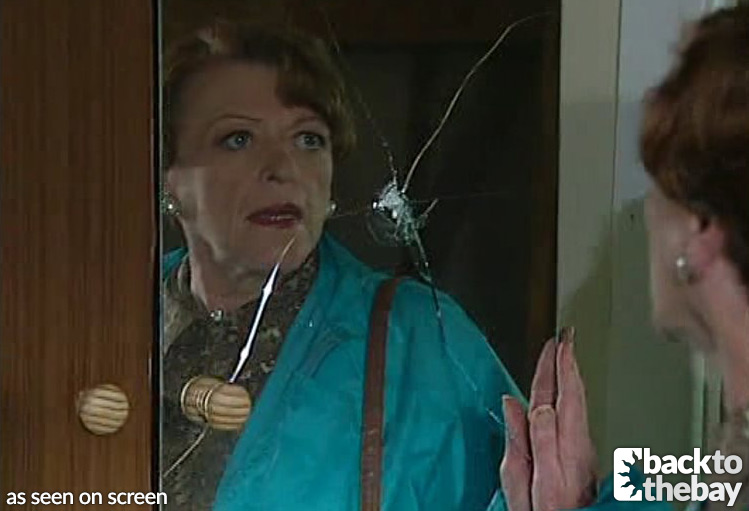 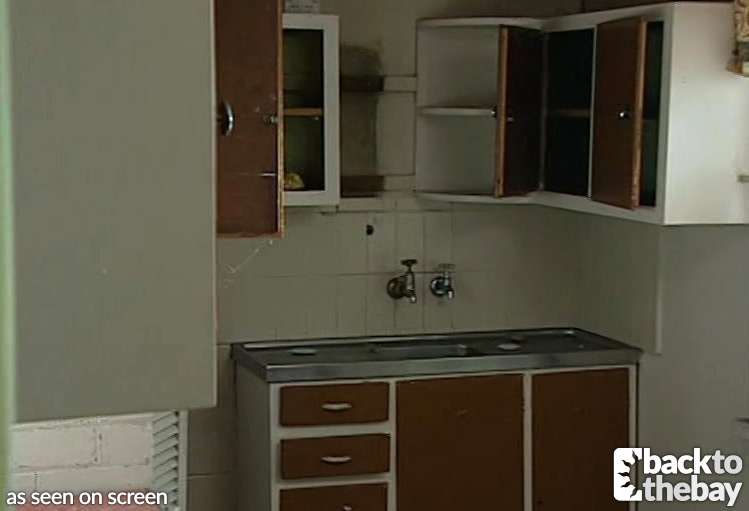 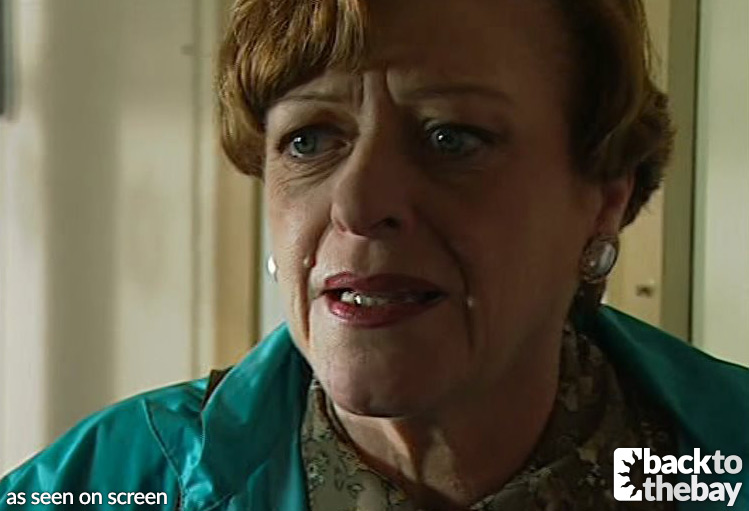 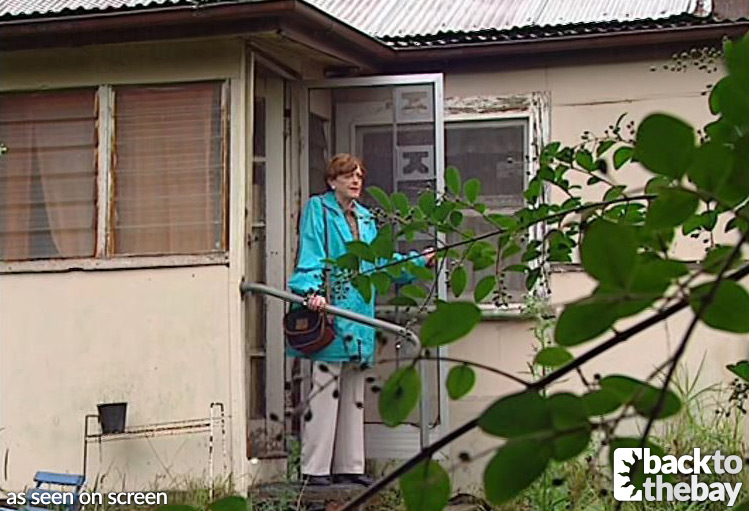 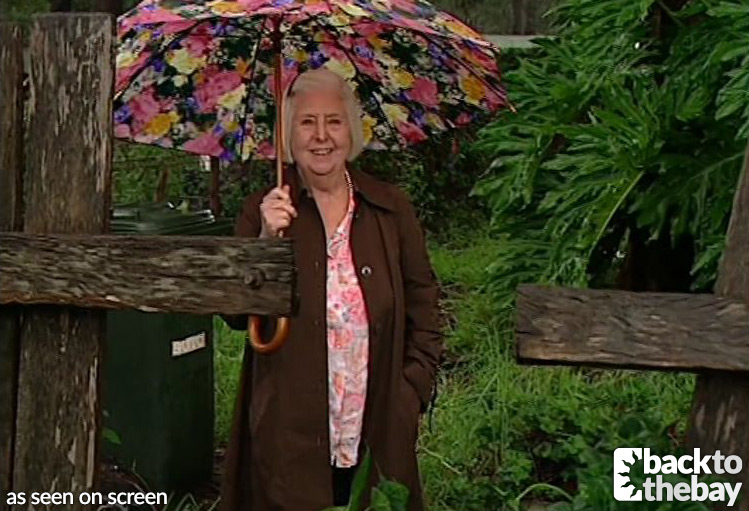 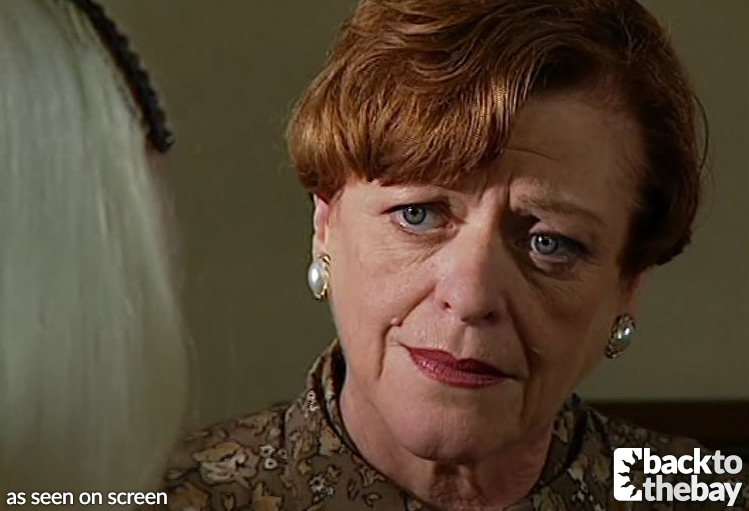 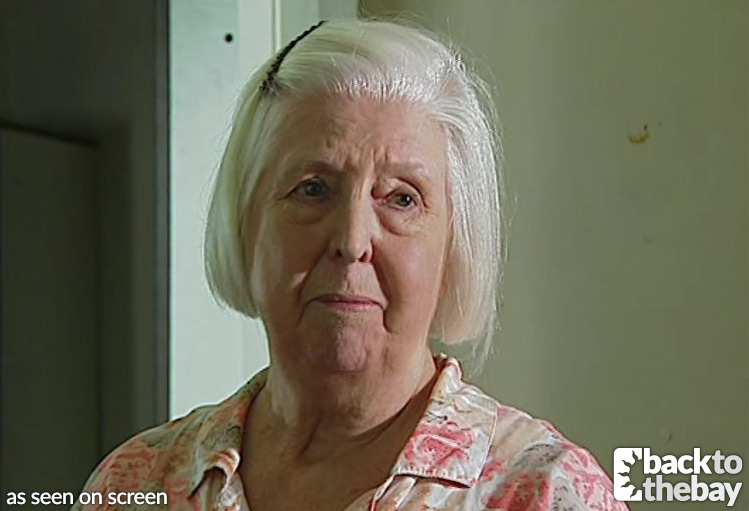 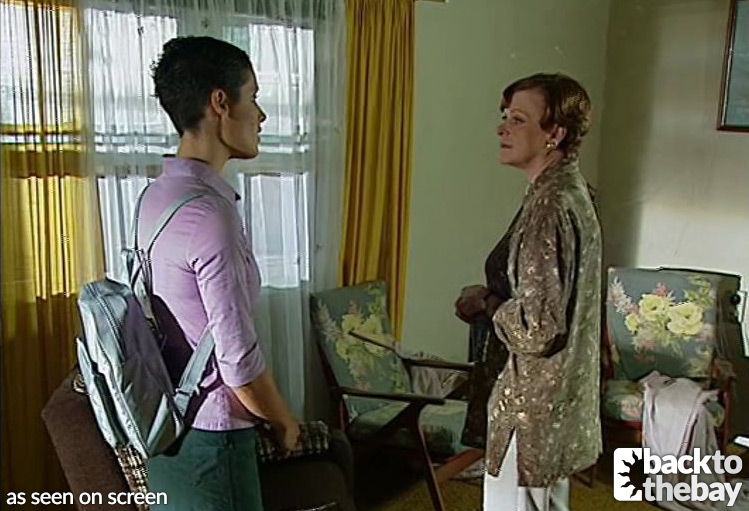 After recently finding out that local lifeguard Shauna Bradley was in fact the daughter she gave up for adoption after she was raped by a guard in prison, Ailsa Stewart decided it was time to exorcise some further demons from her past. She visited her childhood home in Victoria, the place where she had killed her abusive father Harold in self-defence in her late teens.

Pulling up outside the dilapidated and long-abandoned house in Episode 2867, Ailsa (temporarily played by Nancye Hayes) couldn’t face going in and returned to her motel. She did return the next day however, and as she wandered through the house she had flashbacks to the fateful day that she stabbed her father in the kitchen. Stepping into the back garden, she spotted her old neighbour Mrs Trent. The two talked inside the house, where Mrs Trent told Ailsa that her mother had always loved her, and hadn’t visited her in prison out of shame for not standing up to Harold herself. Shauna then turned up unexpectedly, but Ailsa felt it right that she should be there as she laid the past to rest.

The filming location used for the house was in the Greater Western Sydney suburb of Riverstone, around 40km north-west of the CBD. The property was demolished not long after its use on the show, and since been replaced by a larger dwelling (seen in the Streetview tab below).

Riverstone is one of the oldest towns in Australia, and has seen occasional use in the show over the years—though often with very particular spots being chosen to portray rundown areas. The Old Tyre Factory seen on the show in 2005/2006 lies nearby.