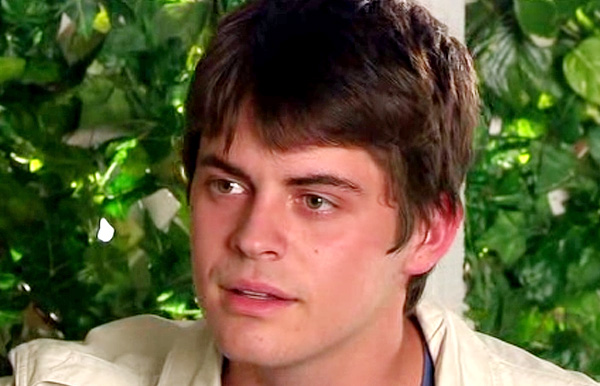 Axel was Aden’s sidekick for most of 2007 but in 2008 Axel was given a storyline of his own when, at Nicole’s party, he invited a lot of unwanted guests and got really drunk. Finding an upset Melody in a room, he tried it on with her and she had to physically fight him off. He got Nicole and Aden into trouble by wandering drunkenly into the lounge just after they’d convinced Roman that there was no party.

The next day Melody admitted to Annie what had happened and after Annie told Geoff, Belle and Aden, Belle found a badly beaten Axel on the beach It transpired that Aden had beat him up but Axel refused to press charges against his former friend. Melody though did press charges for assault but with Axel denying it, it was her word against his until she publicly confronted him in school and challenged him to do the right thing. Axel went to the police station and changed his statement, admitting everything.

Ostracized by his peers Ax befriended lonely Jai Fernandez and led him into a number of escapades. At a school camp they tried to scare people with Axel dressing as a mummy and Jai, using sausages, pretended to be his intestines but Bartlett put them in detention as a result. They also hacked into the school computers and tried to put a distorted picture of Bartlett as the screensaver but crashed the network.

Axel convinced Jai to steal Matilda’s scooter and they went for a joy ride but it ended in tragedy when a drunk Larry Jeffries ran them off the road and left them for dead. Axel later died in hospital.

He has appeared since in ghostly visions, tormenting Melody.