Home » Home and Away Characters » A - F » Chloe Anderson 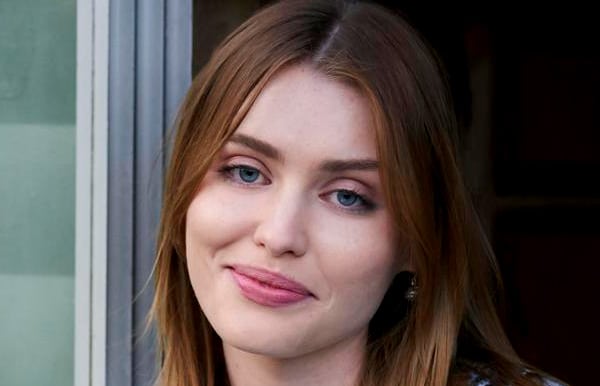 Chloe arrived in town with Nikau in early 2021, having met up with him while travelling in New Zealand. She had lived with the Paratas from an early age when her mother Mia was the partner of Ari, who considered her his stepdaughter, but had been taken away by Mia when Ari was sent to jail. One of the first people she met in town was Ryder, who refused to serve her a cocktail without ID. She then headed to the Parata house for a reunion with Ari and Tane, who agreed to let her stay on condition she told Mia. Chloe returned from a trip up the coast with Nikau to find Mia had come to take her home, but refused to go with her, angry that Mia had lied about Ari wanting nothing to do with them. She was shown around town by Nikau, meeting his girlfriend Bella, and convinced Ari’s girlfriend Mackenzie to give her a job at Salt after winning a cocktail-making competition against Ryder. She continued to have an abrasive relationship with Ryder, refusing to take instructions from him on her first day.

Her spending all her time with Nikau began to upset Bella, leading to a vicious argument between the two girls. Chloe accepted Nikau and Bella would want to be alone and began spending time with Ryder. They had another cocktail competition with Marilyn as the judge and Ryder blamed Chloe when Marilyn ended up falling over drunk and cutting her head. Chloe gave Marilyn a meat platter as an apology, not realising she was a vegetarian. When the four youngsters spent the evening at Bella’s flat, Chloe and Ryder infuriated the others with their constant arguing. Chloe was keen to reunite Ari and Mia, inviting them both to have dinner with her and then leaving them to have a romantic meal together.

She resisted Nikau and Bella’s attempts to get her and Ryder to put their differences aside, but agreed to Ryder’s suggestion that they fake it for their friends’ sake. However, on their way to a night out clubbing, she and Ryder saw Nikau and Bella being dragged into a van, and when Chloe ran over to help, it resulted in all four of them being kidnapped. They were locked in a shipping container overnight, with the culprits turning out to be Paul and Leon, two criminals the Paratas had had dealings with the previous year. The foursome were soon freed when Ari and Tane turned up and a fight broke out, but Mia insisted on taking Chloe to stay with her at the caravan park. However, they went to the hospital when Ari was run over by Paul and Chloe got Ryder and Nikau to help her move back into the Paratas’. She was present at the hospital when Ari regained consciousness.

She kissed Ryder, having seen a different side to him during the kidnapping, and was disappointed by his lack of reaction. After Bella got them talking, she and Ryder kissed again but kept their new relationship secret from everyone. They planned to tell their friends but were caught kissing by Nikau before they could. When Ari was discharged from hospital, they had to break the news to him and Mia, which went reasonably smoothly despite Nikau teaching Ryder the wrong thing to say in Maori. Their loved-up behaviour soon began to grate on Nikau and Bella as they intruded on their alone time. When Bella and Nikau went away to a cottage without telling him, they followed them down and gatecrashed. Bella and Nikau tried to pay them back by pretending there was a ghost there but Ryder and Chloe returned the favour by tricking them into thinking Ryder had injured himself in a panic, before finally leaving them alone.

Mackenzie suddenly sacked Chloe, saying they had too much staff, and Chloe was angry that Ryder had known she was planning to do it and not warned her. She was initially unimpressed when Ryder resigned in solidarity, but they ended up spending the night together for the first time and then the next day. Although they were happy having time to themselves, Nikau’s new modelling career convinced them they needed to do something with their lives. Ryder went to ask Mackenzie for their jobs back butChloe found out Mackenzie had miscarried Ari’s child and rushed to stop Ryder, only for her attempt to give her condolences to result in Mackenzie throwing everyone out. Struggling for food, they were happy to accept an invitation from Bella to the after party of Nikau’s first photo shoot.

Alf demanded a plan for the future and Chloe claimed they were working on something. They came up with the idea of a food truck but were pulled up short on learning how much money it would cost. Ziggy managed to get them a truck but they were turned down for a loan: However, Alf, Roo and Marilyn lent them the start-up costs. They set up the taco truck outside the surf club but immediately received opposition from Mackenzie, forcing them to relocate to the caravan park until they were able to arrange a trade waste permit. On their return, they and Mackenzie began trying to outdo each other with special offers, culminating in Chloe claiming to have seen a rat in Salt, causing Mackenzie to have to close down for an inspection. Chloe stuck to her story when Alf and Roo questioned her but Ryder caved and gave Mackenzie the afternoon’s takings to pay for the inspection.

When she cried off work with a hangover and then Ryder found a pregnancy test in her bathroom, he jumped to conclusions. Chloe put him straight, realising the test was Mia’s. She was concerned since Mia had had a number of miscarriages when she was with Ari before, and then her brother Kauri died after being born premature, which was the start of Ari and Mia breaking up. She expressed her concerns that history would repeat itself but gave her blessing to them to keep trying. She and Ryder were asked by Nikau to cater at a party he was putting on to help with his social media presence and she dismissed Bella’s claims that the modelling life was changing him. She wasn’t sure how to react when it was suspected for a time that a body found in the sea was Mackenzie, getting snapped at by Ryder. When she learned Mia was pregnant, she supported her and Ari on seeing how happy the news made them.

The morning after she had attended the pre-show of Bella’s exhibition, Chloe was working at the food truck when it exploded with her nearby. She ended up being impaled through the abdomen and needed surgery but was soon well enough to be discharged. However, Ryder admitted to her that, while they had third party insurance, the food truck itself wasn’t insured, leaving them in debt.