Home » Home and Away Characters » A - F » Judith Ackroyd 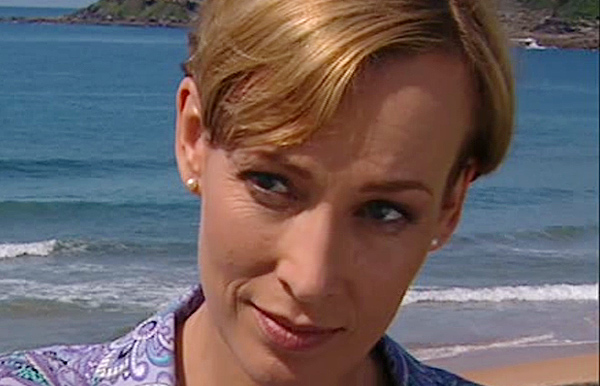 Judith originally came to the Bay in late 1999 at a time when Don Fisher was unmotivated about the headmaster’s job because of private burdens, even going so far as to have a sabbatical permitted. Judith was the person appointed as the new Principal and was an instant hit with the majority of the locals. She and Fisher though, got off on immediately the wrong foot. Fisher told Hayley that his replacement was unusually young and that she must have had extraordinary “qualities” and “abilities”. Curious, Hayley asked Mitch about what Fisher meant at the caravan park and this conversation happened to be overheard by Judith the gist of Mitch’s interpretation being that she had slept her way up to the top.

Judith told Fisher several times that he should mind his own business when they clashed over everything from personal matters to discipline of children. Even Irene took her to one side to tell her that Fisher had been left to his own devices for a long time and that she shouldn’t take his attitude to heart.

Judith’s attitude towards new student, Edward Dunglass, was also strange. She tolerated his rudeness, let him get away with things that no other student could. The truth was later revealed when Judith turned up at the go kart race at the caravan park and startled the whole bunch of the Summer Bay Teens by being addressed as ‘mother’ by Edward.

Things for Judith weren’t easy from the start but she did eventually manage to sort out her differences with Don denying having said anything about her being an ‘ambitious slut’. Having sorted out their differences, the two went on to become good friends.

Don was soon to find out that life at home wasn’t exactly easy for Judith either. In fact her son Edward was threatened by possibly having Huntington’s disease, the same illness that had killed her husband. Don’s son Byron’s struggle with cancer smoothed the path for a good friendship between them, with Judith offering to help re-write Don’s novel for Byron after Colleen had corrupted the backups by putting them on top of the loudspeakers. Bad bad rumours emerged from this close, nightshift-like collaboration. Alf tended to spread rumours in the first place, then Colleen when overhearing out of context conversation between Judith and Don that she passed on to the Nashes and Gypsy, who couldn’t wait to spread them for she wanted to get back at Judith for preventing her from becoming a school captain by the means of her veto. Judith was rudely attacked by Gyspy, first of all by mean words and then by a swastika on her windscreen and lipstick-drawn letters saying “fascist-cow”.