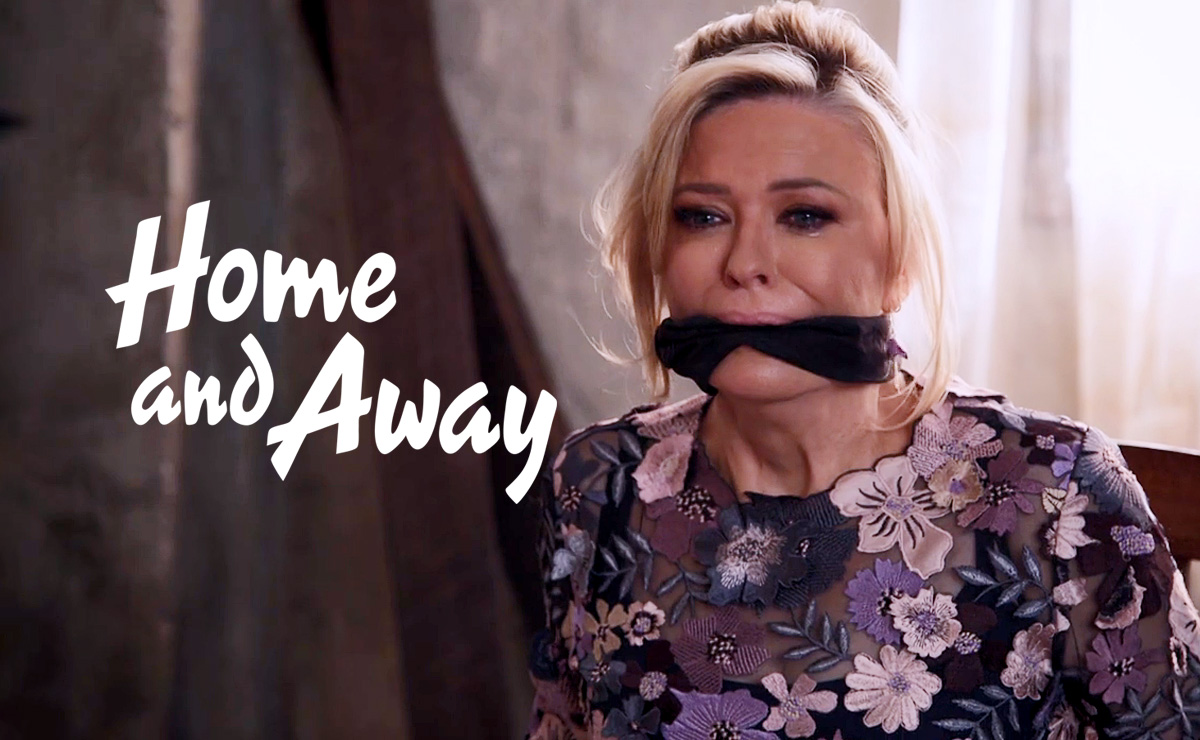 Coming up in Home and Away‘s UK season finale week, Marilyn and her friends are in danger as Heather enacts her revenge, whilst Ziggy and Dean are in for a shock at their 12-week scan… 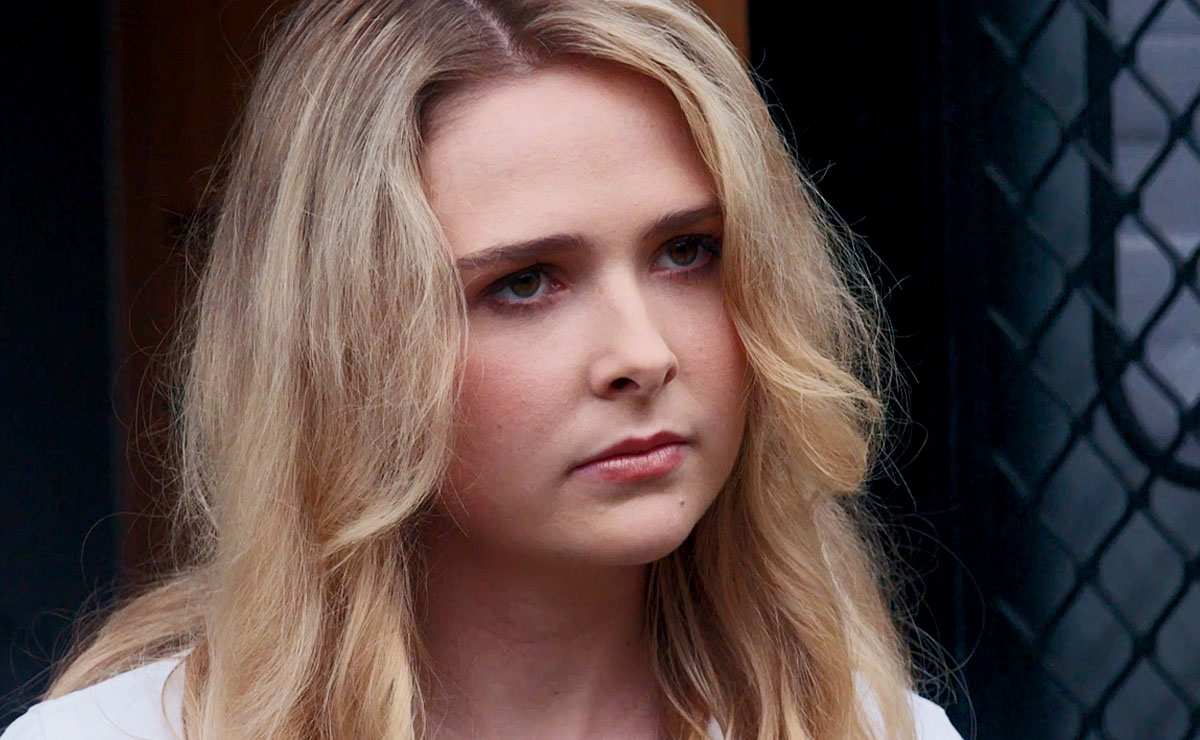 Leah was in no doubt that the culprit was Heather, after she attempted to warn Heather off her ongoing manipulation of Marilyn. Only hours later she came home to find the house turned over, and the following morning she paid a visit to Heather’s caravan van only to find local cop Rose (Kirsty Marillier) had beaten her to it—and the van was empty.

When Leah admits to Marilyn that she and Heather had had a disagreement before her disappearance, Marilyn feels betrayed. Leah was the only person that Marilyn has confided in regarding Heather being her daughter, and now she’s driven her away.

Marilyn is relieved when she later receives a text from Heather, only to find that she wants nothing more to do with her and is never coming back to the bay. 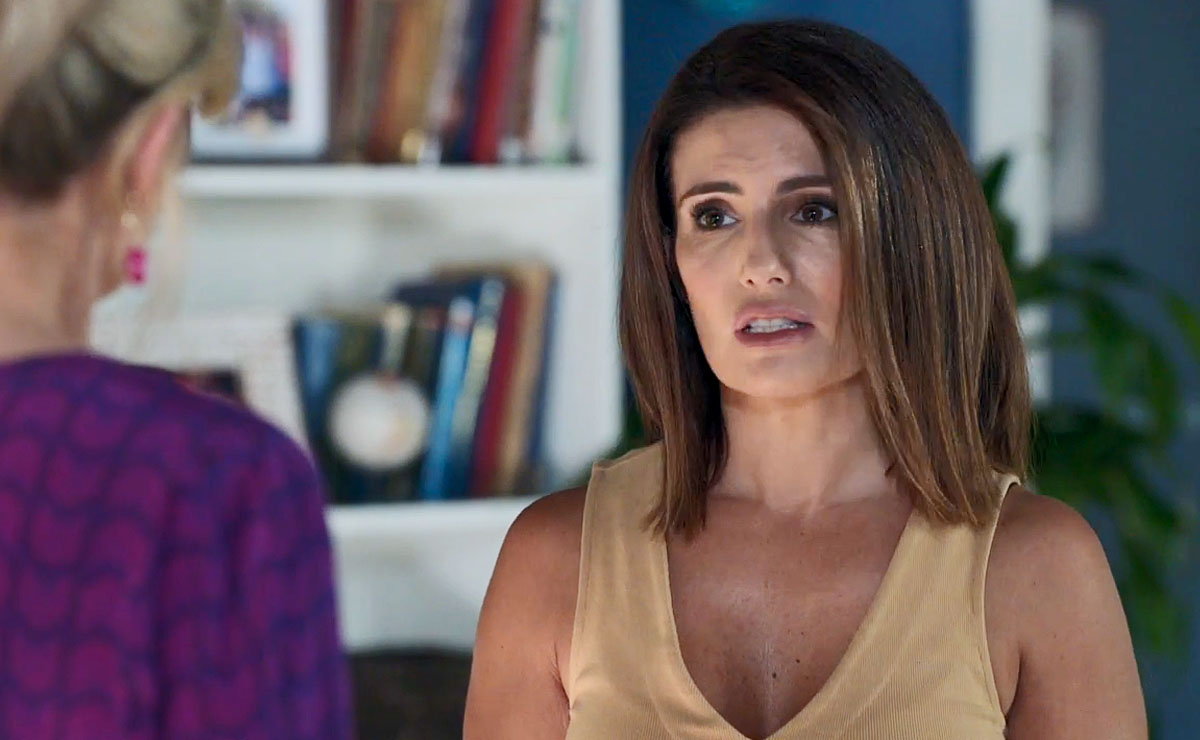 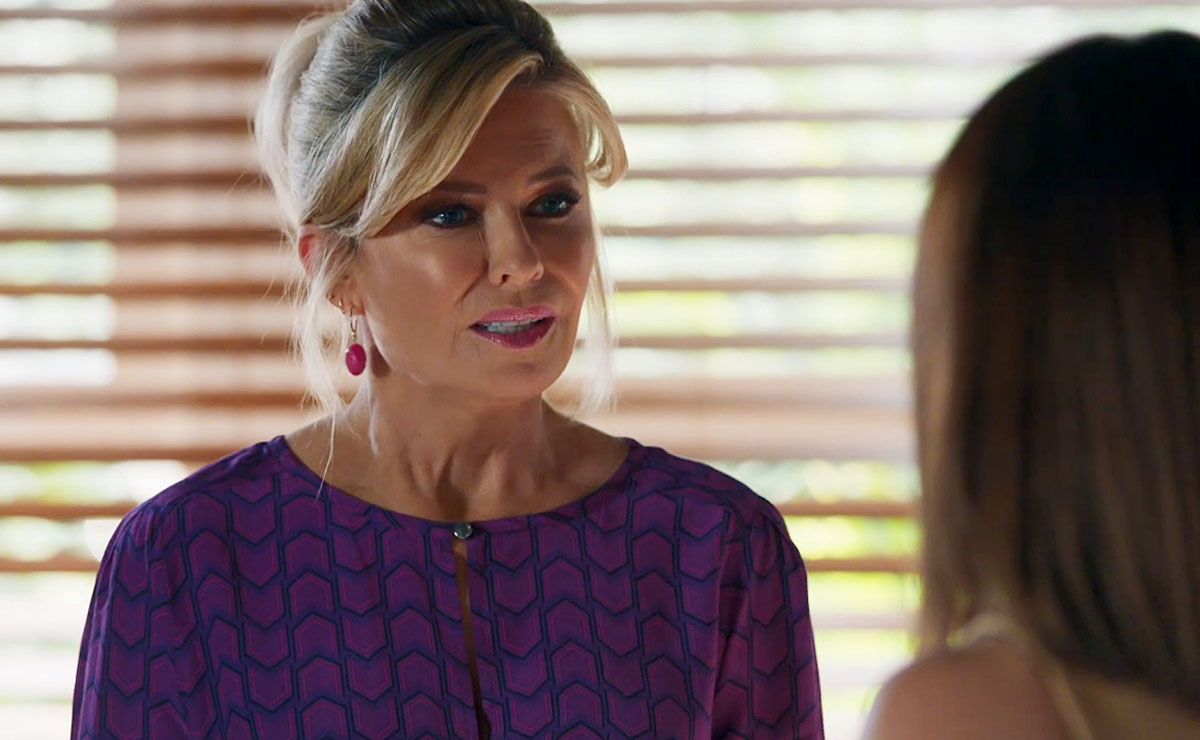 Marilyn storms round to Leah’s, asking if she’s happy now—she’ll never get the chance to put things right with her daughter.

Later in the week, Roo (Georgie Parker), Alf (Ray Meagher) and Irene (Lynne McGranger) decide to stage another intervention after Justin tells them of Leah and Marilyn’s fallout, but of course neither party can give the true reason for the cause of the argument.

That’s the least of Marilyn’s concerns though when she gets another text from Heather, asking to meet with her.

Marilyn rushes out of the diner, thankful that she might just get one last chance to make things up to her daughter. Meeting near the beach, Heather apologises to Marilyn for the disappearing act and text message, but explains that she needed to clear her head. 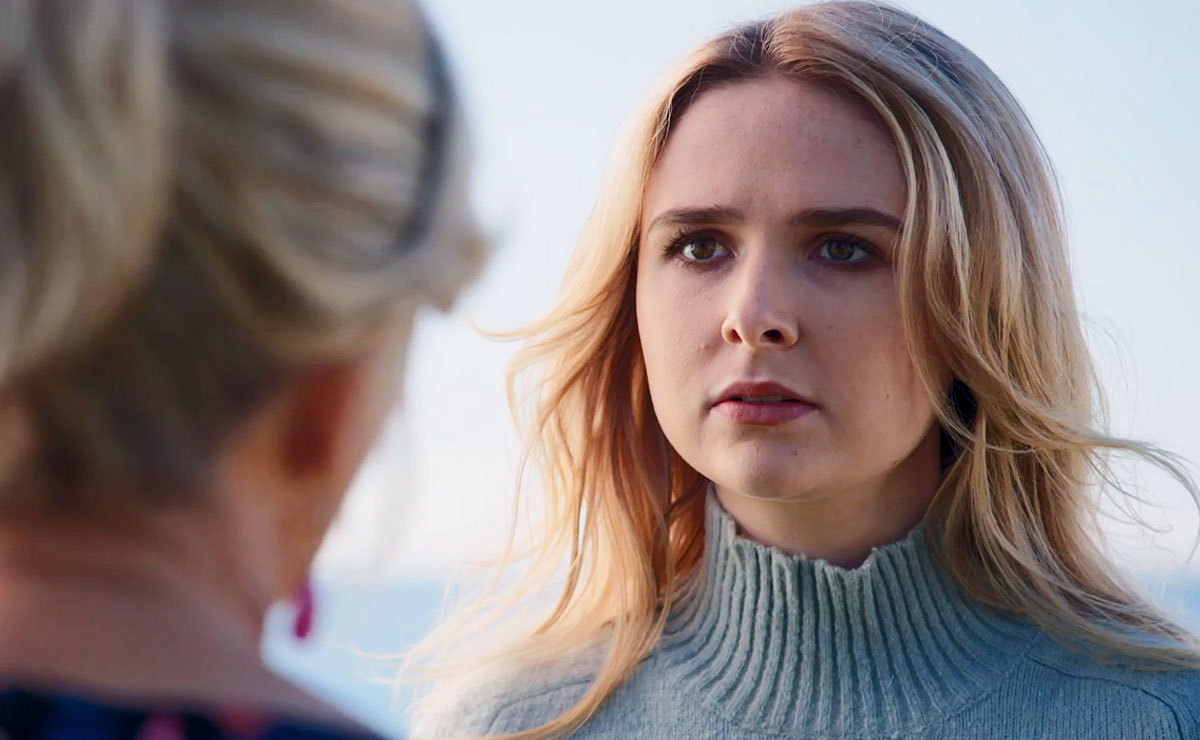 When Marilyn explains that she wants there to be no secrets between them, she asks outright if Heather trashed Leah’s house. Heather confirms she did, having lashed out whilst feeling angry, but Marilyn tells her that Leah is sure to understand once Heather apologises to her. 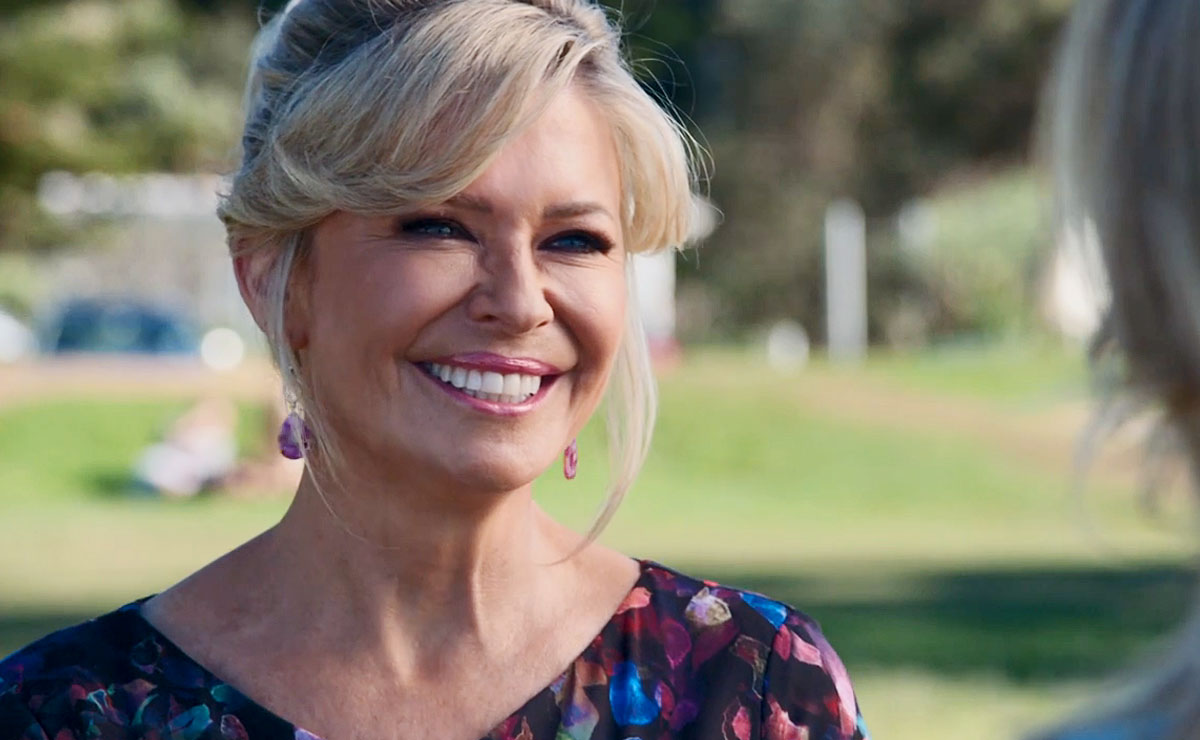 Heather seems miffed by the fact that everything will be okay if she simply apologises, and asks to think things over after Marilyn suggests she stick around in the bay.

After some alone time, Heather announces that she’d like to make a big gesture to Marilyn and all her friends in order to apologise… 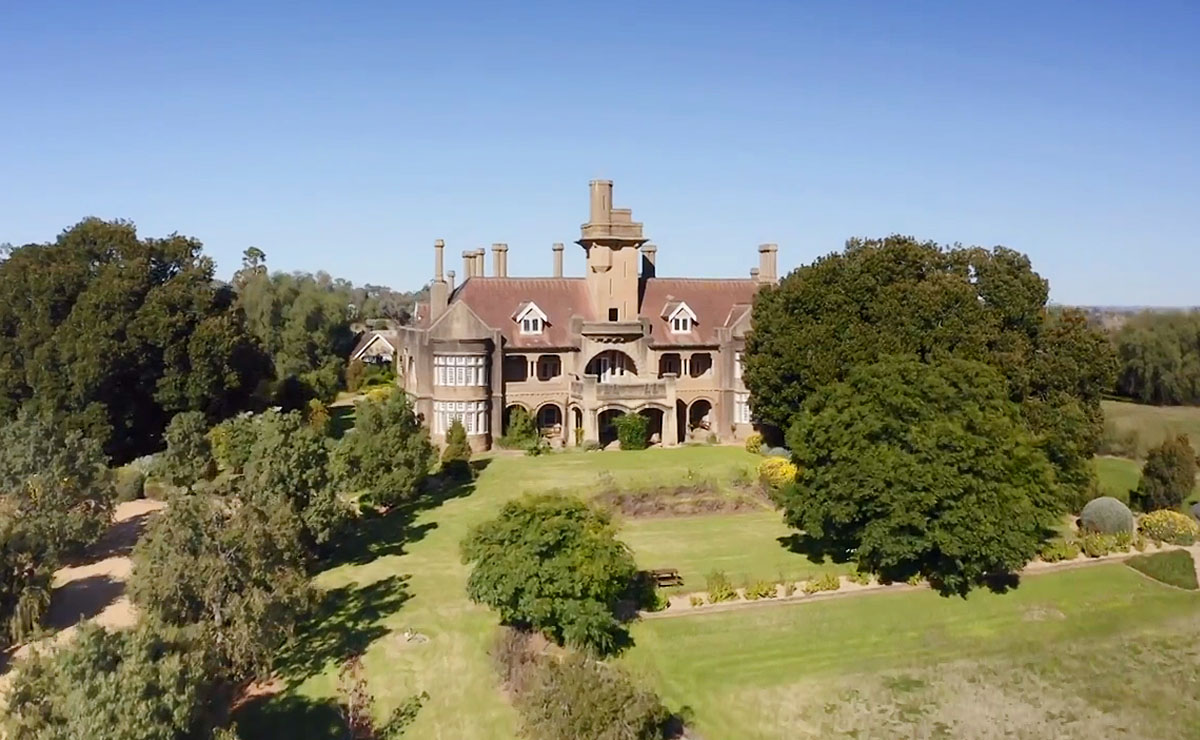 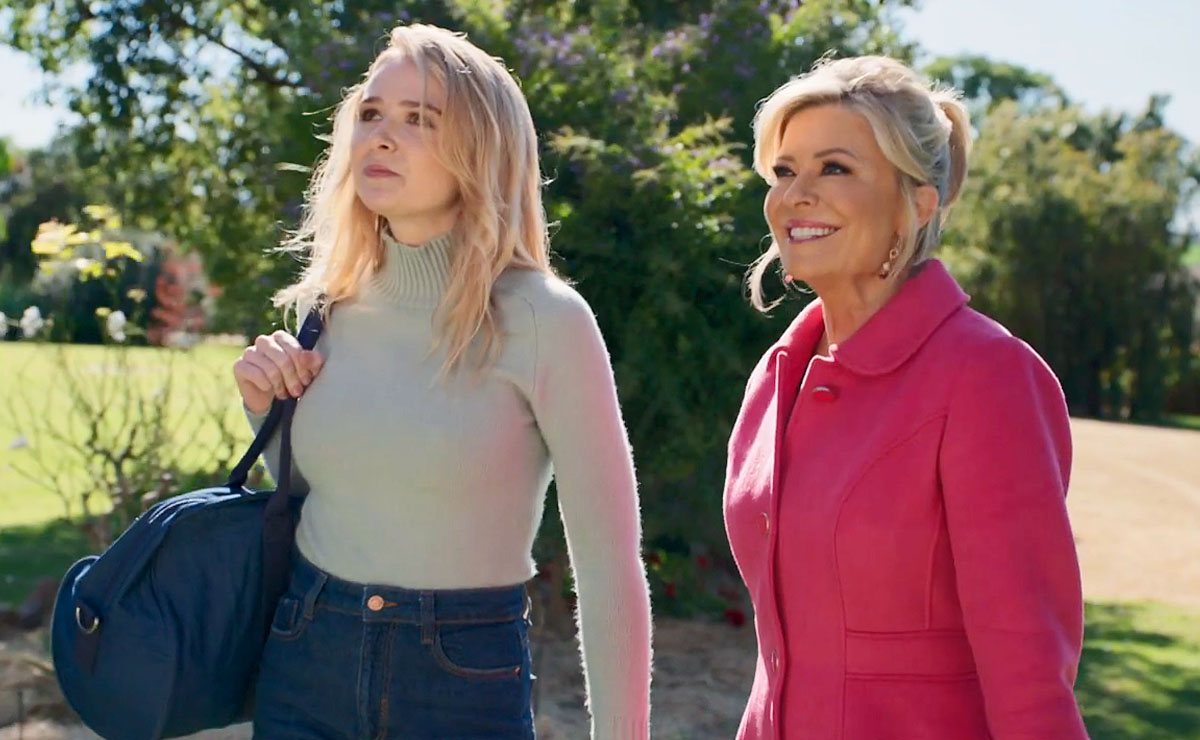 She takes Marilyn to a grand country house, her former boarding school, which is currently undergoing renovation and where she claims to have been staying with the owner’s permission. She’d like to put on a special brunch for everyone.

Marilyn is touched by the gesture, but is a little confused when Heather then takes Marilyn’s phone, telling her that she doesn’t want her spoiling the surprise.

Back in the bay, Alf, Roo, Irene and Leah are all perplexed when they then receive an e-invite from Marilyn inviting them to brunch the next day. 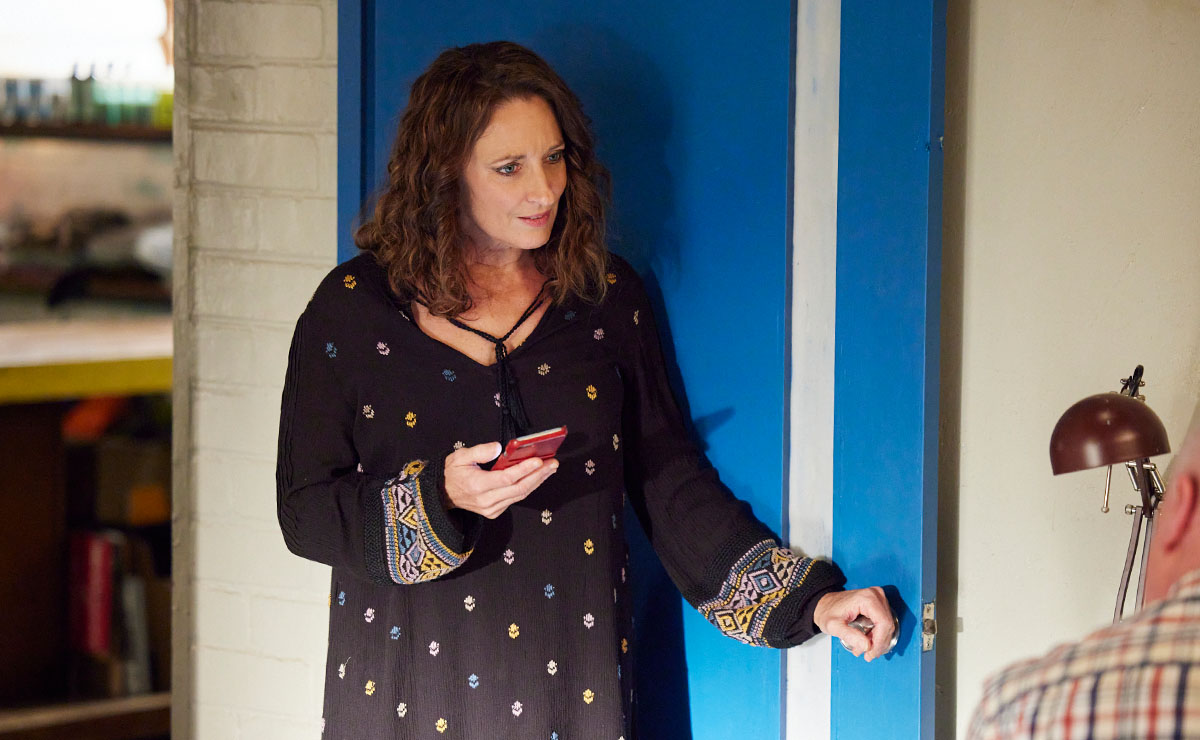 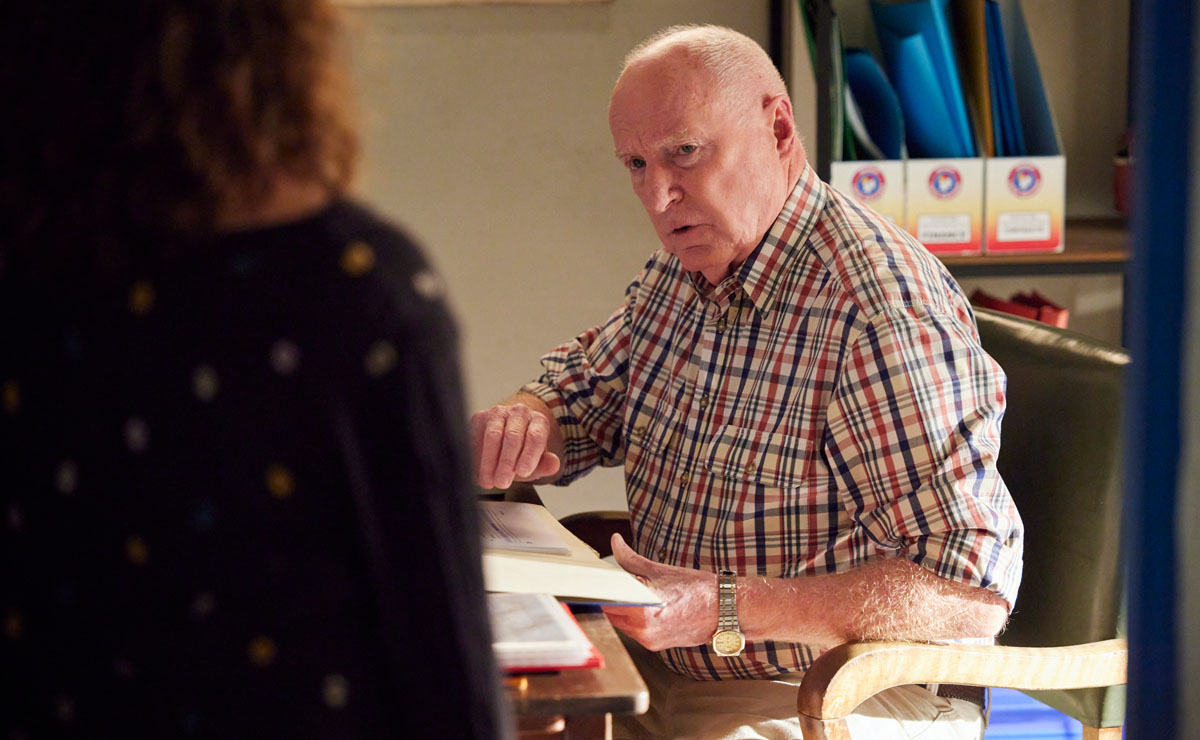 As evening falls, Marilyn is impressed by the impressive table that Heather is preparing, but her continued refusal to give Marilyn her phone back begins to cause concern. As Marilyn asks whether something else is doing on, Heather distracts her by claiming to have heard a car pull up outside. As Marilyn checks out the window, Heather knocks her out with a candlestick! 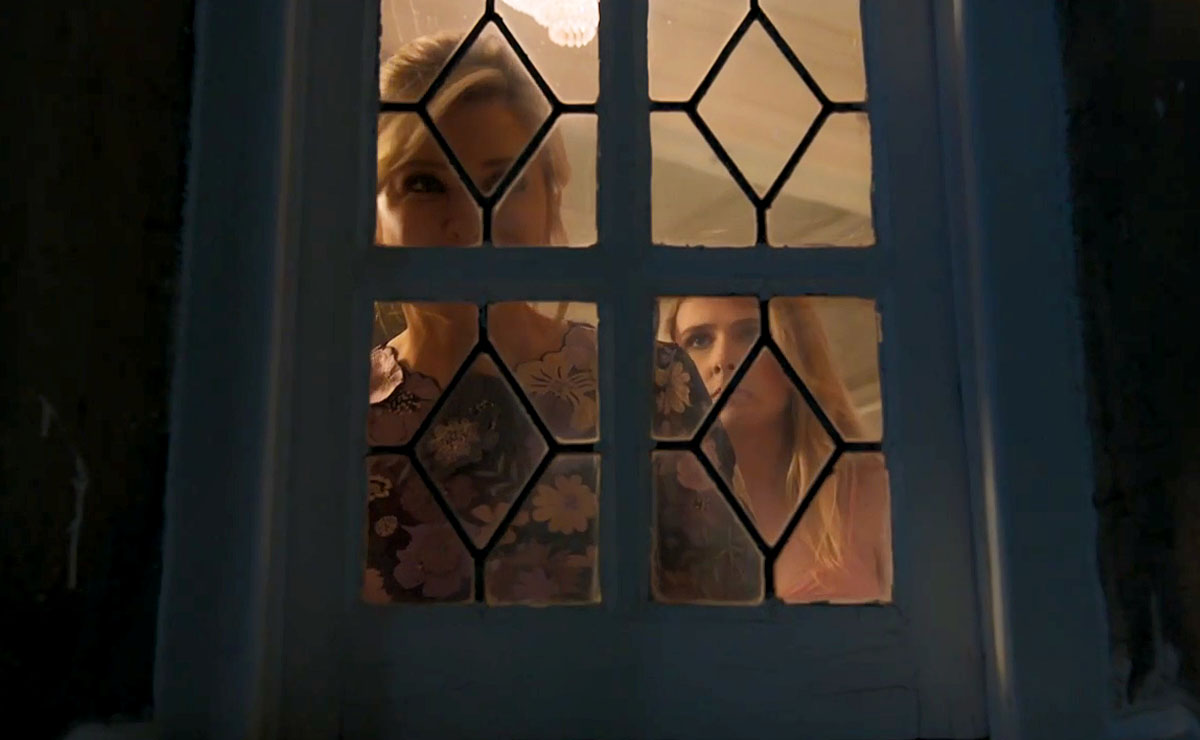 Marilyn wakes the next morning to find herself tied to a chair with a bank of CCTV images in front of her, just in time to see all her friends arriving. 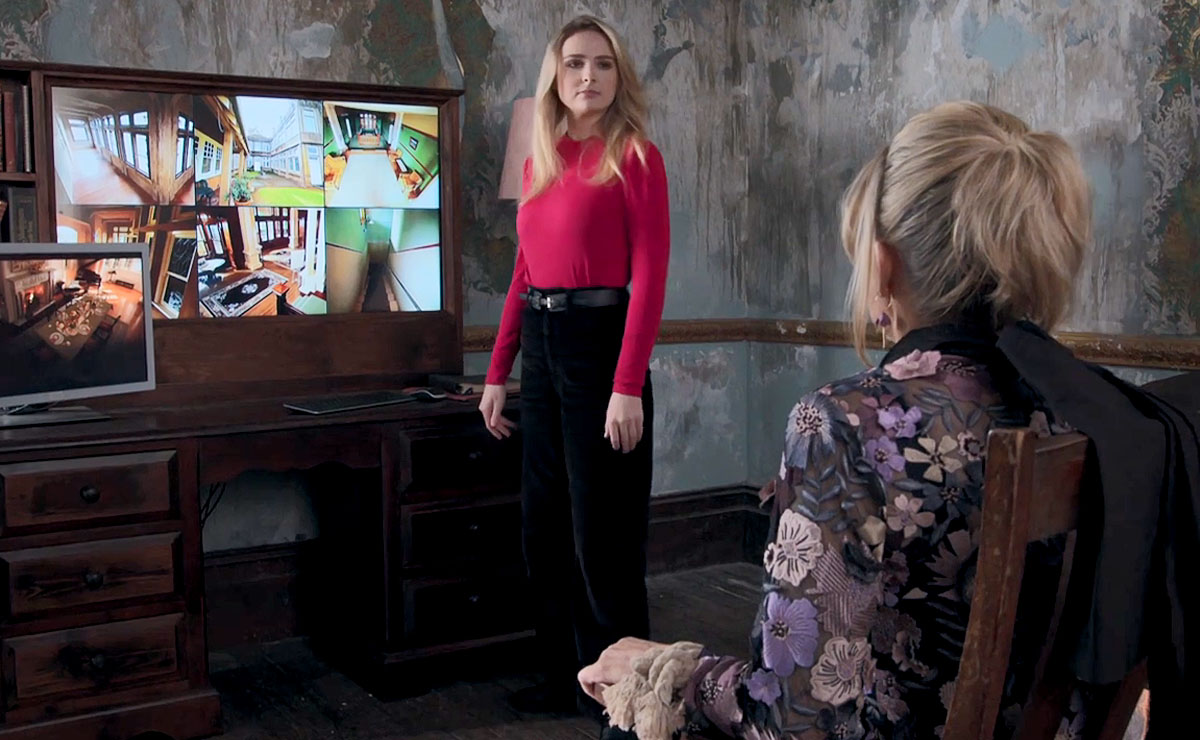 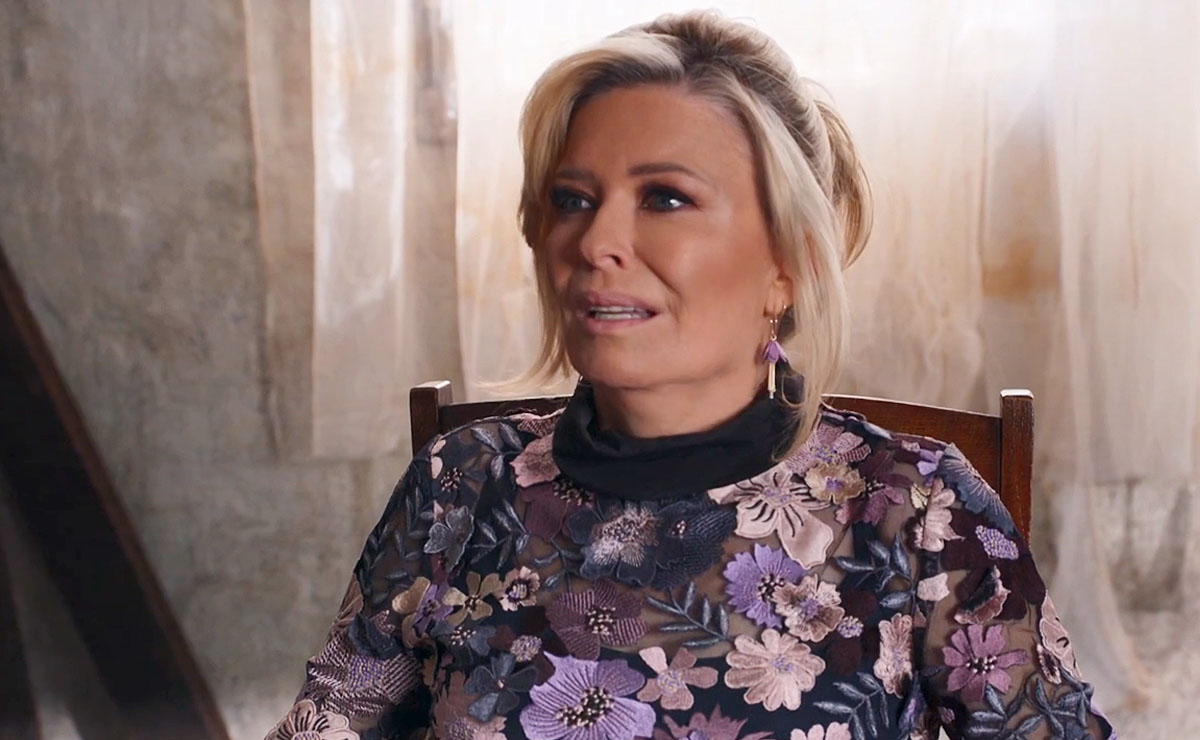 She pleas with Heather, telling her they can work things out, but Heather says it’s too late… 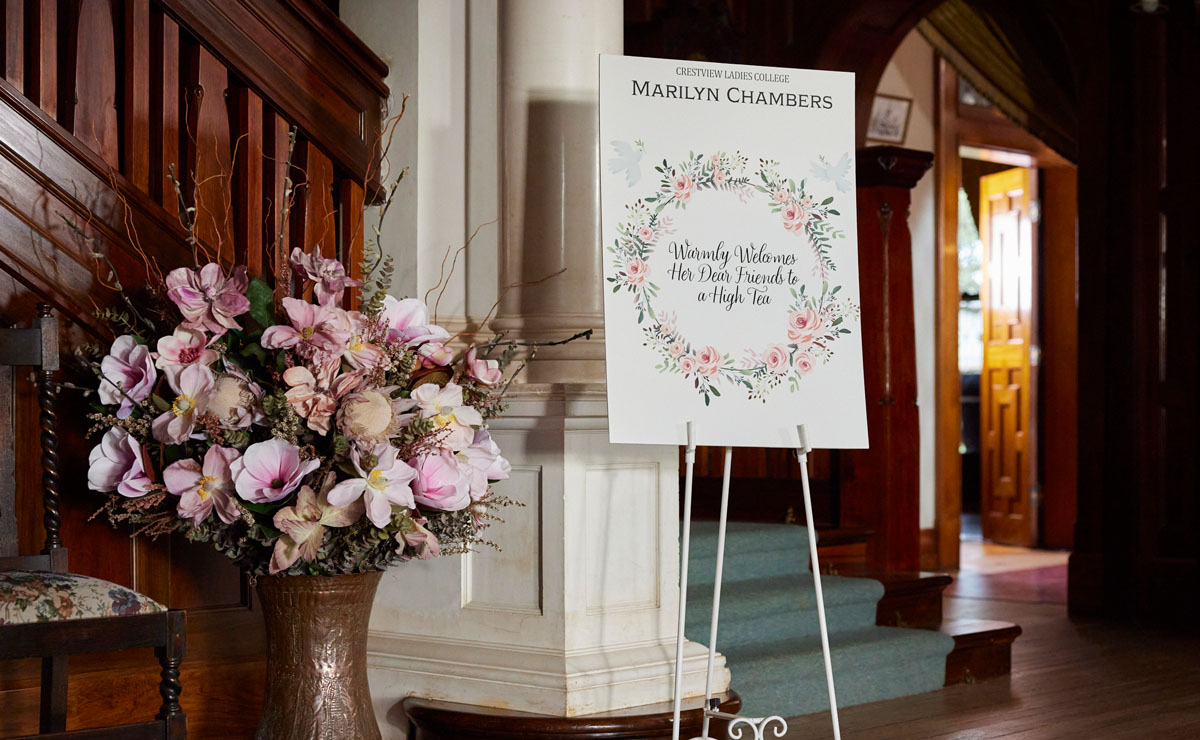 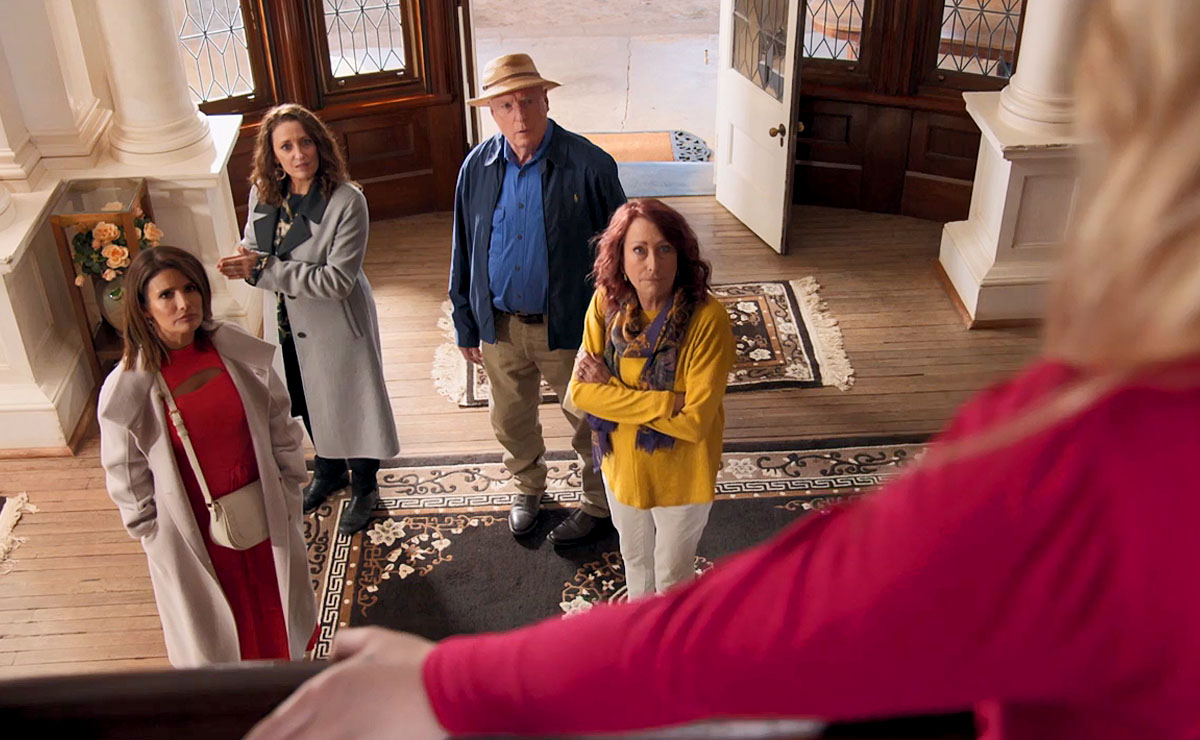 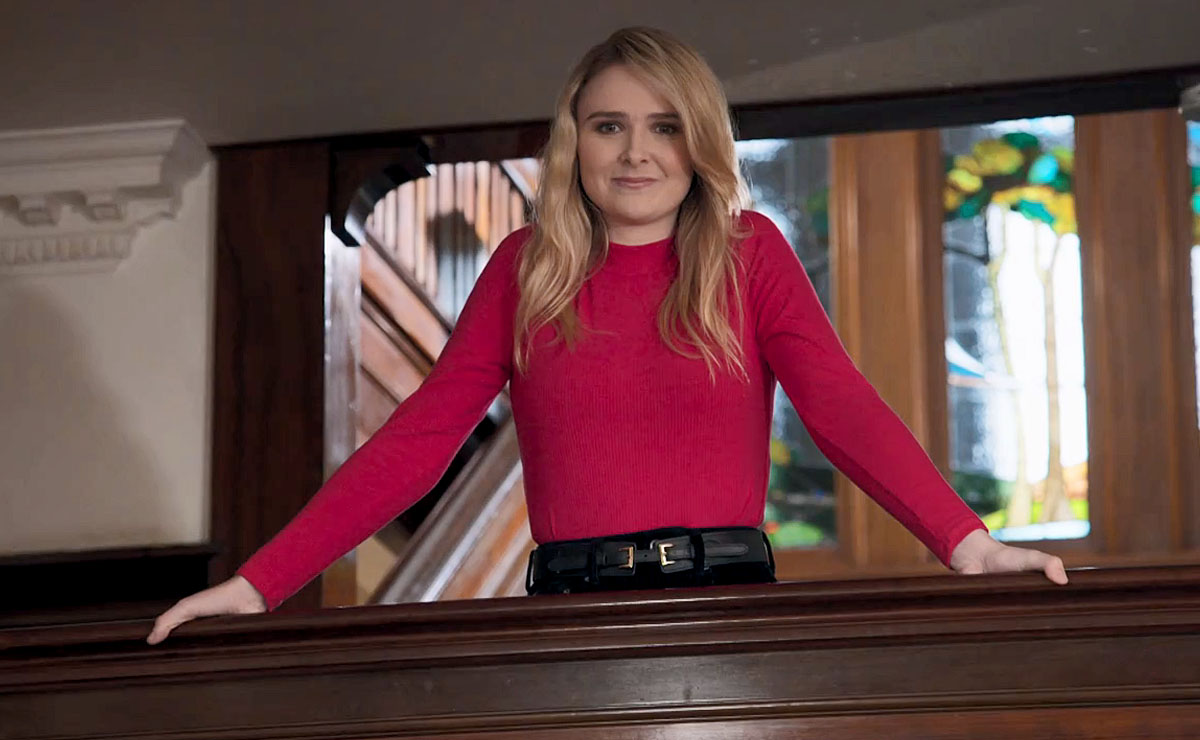 Alf, Irene, Leah and Roo are shocked when Heather emerges on the stairs to greet them all, and she serves up drinks as she promises that Marilyn will be down shortly.

Leah smells a rat, knowing Marilyn wouldn’t be late to her own function, but they go along with it as Heather proposes a toast. Little do the friends realise however that the drinks are spiked… and when they all wake up later, they too are bound to their chairs. 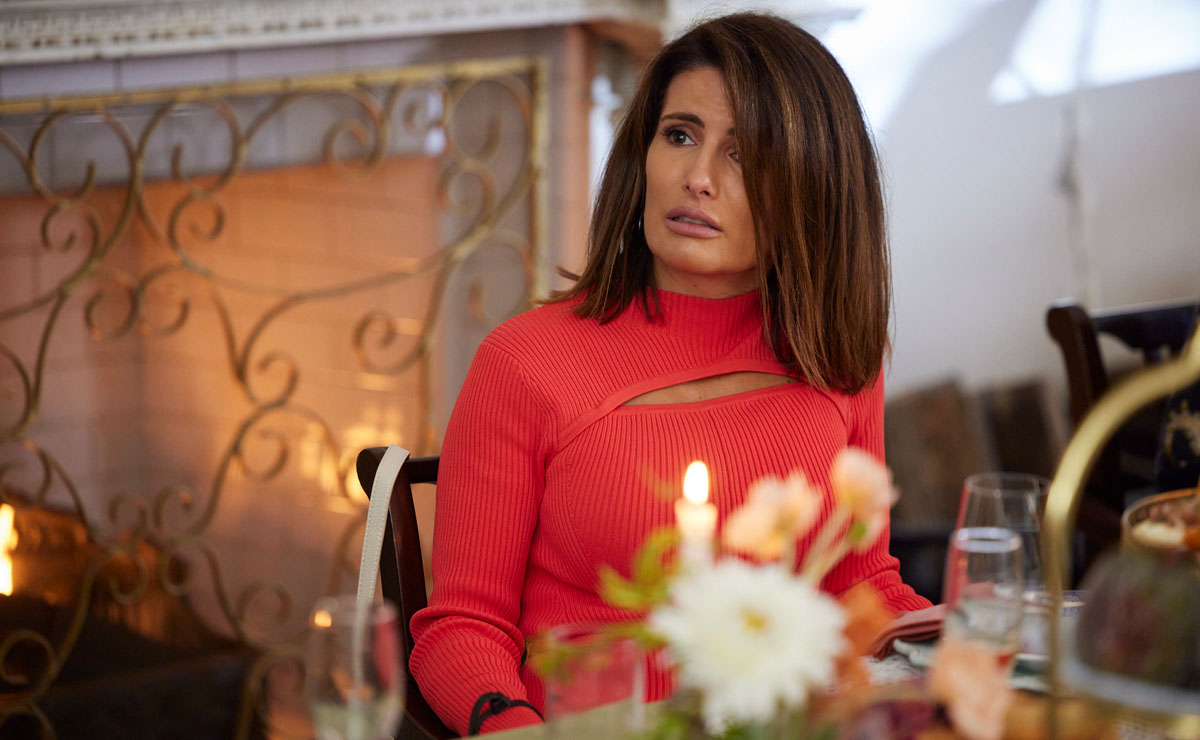 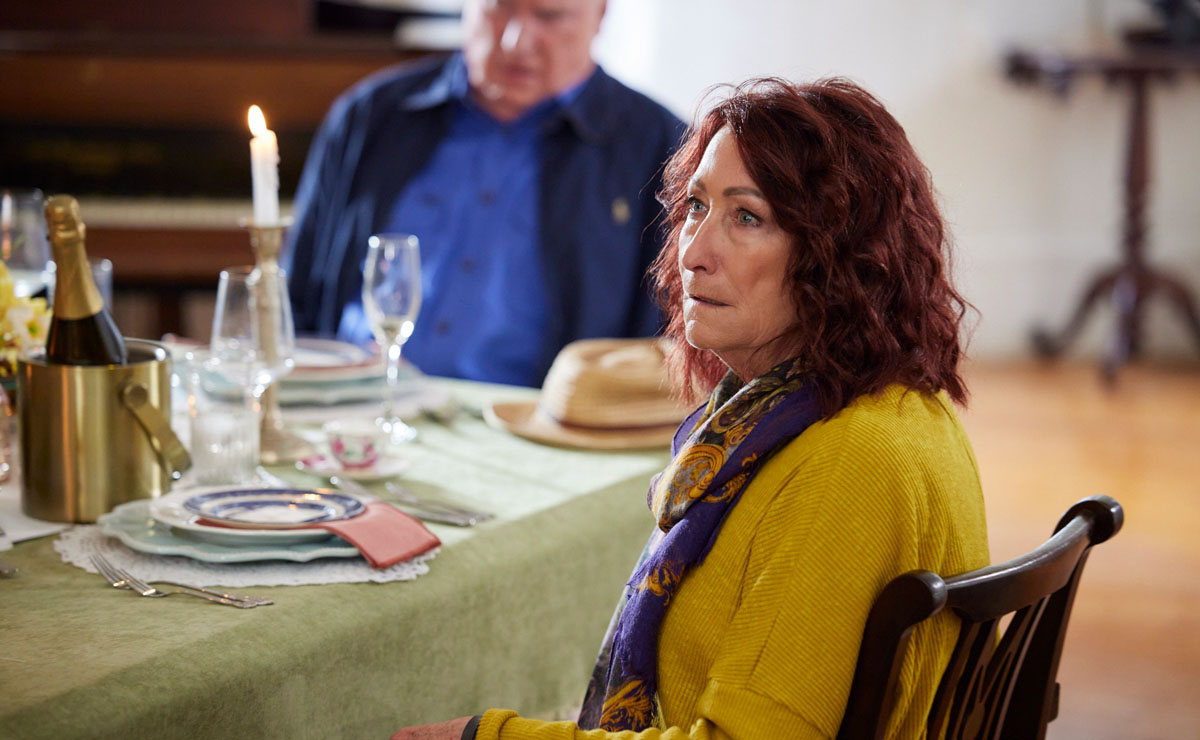 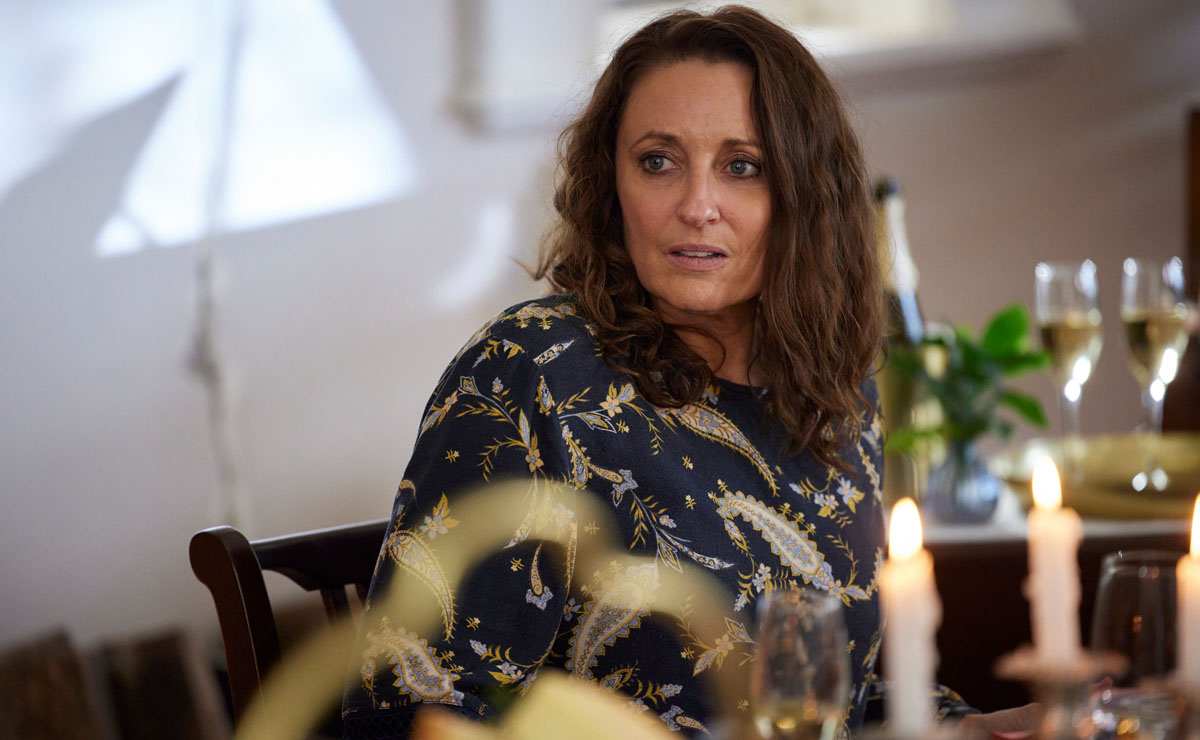 A gagged Marilyn can only watch helpelessly via the CCTV, as Heather explains that they’ve all been brought here for a wake-up call.

It soon becomes apparent that Alf has had a bad reaction to the spiked drink, as his heart condition starts playing up. Roo insists to Heather that she needs to untie her so she can help him, but Heather says that everything is up to Marilyn. 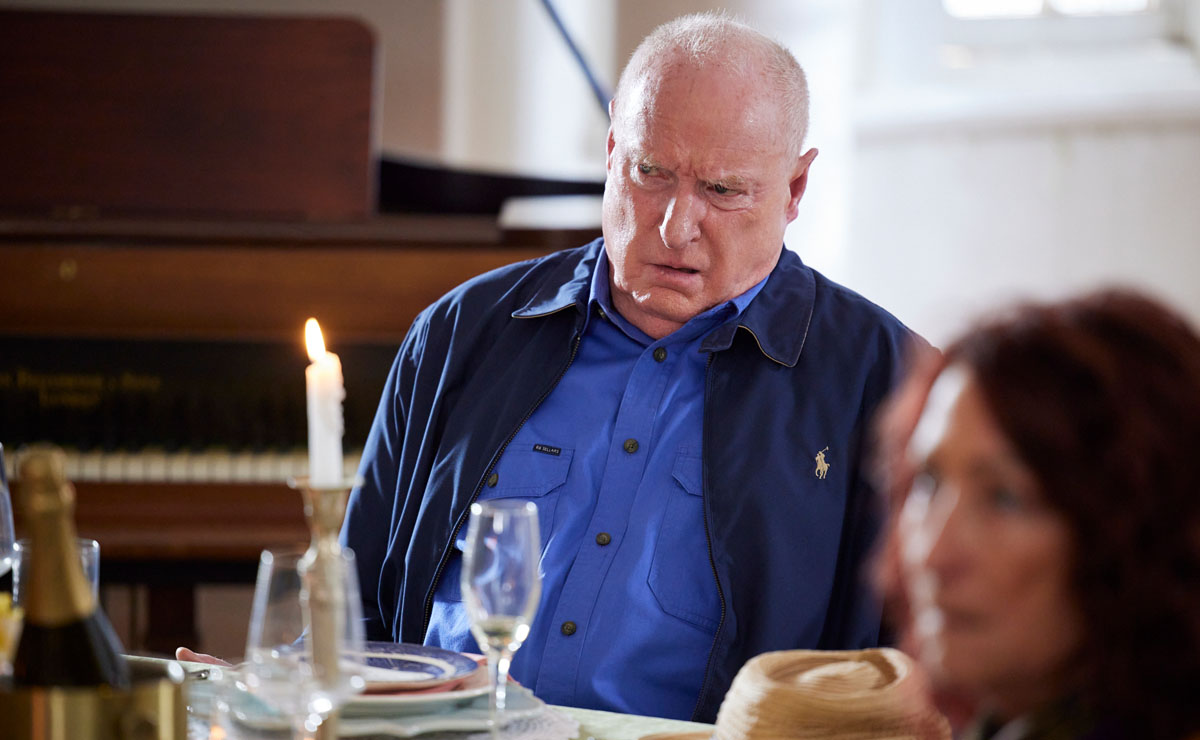 As Heather finally drags Marilyn downstairs to face her friends, she demands that Marilyn tell them the truth about who she really is… 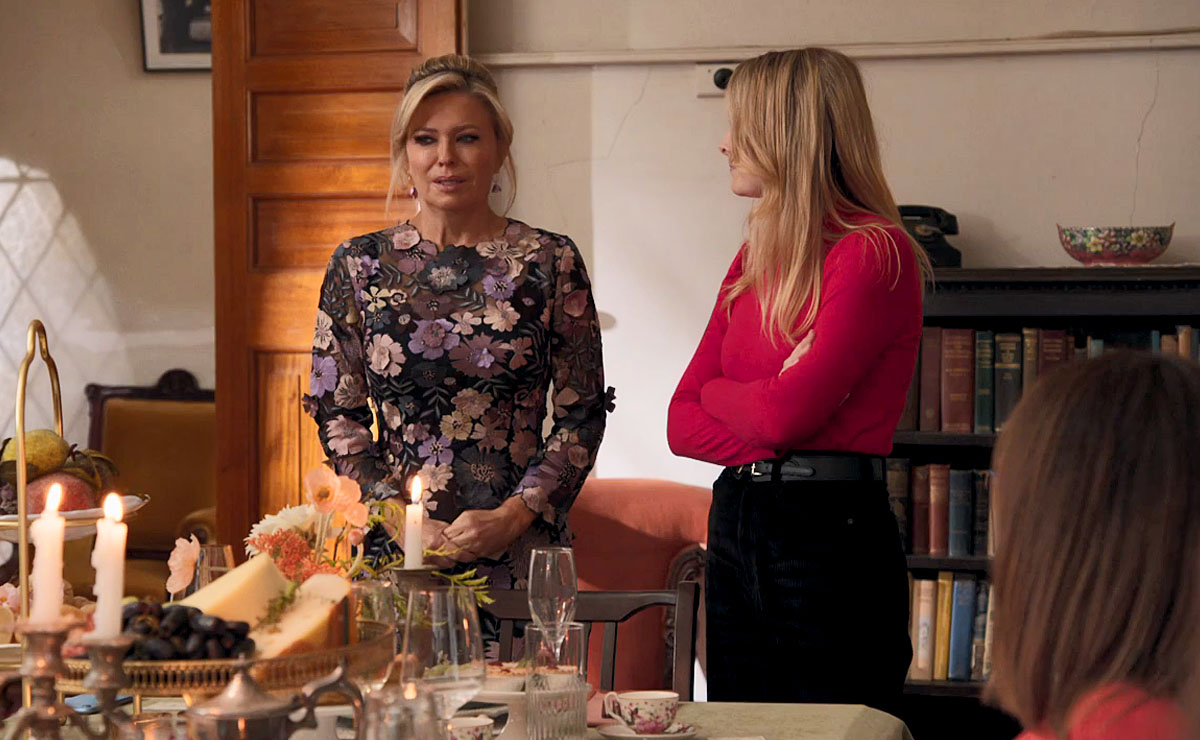 With Heather becoming increasingly unhinged, will everyone make it out in one piece?

Back in the bay, Dean (Patrick O’Connor) is confused when he learns that Ziggy (Sophie Dillman) has cancelled the 12-week ultrasound for their baby. Ziggy explains that she was scared about what the scan may reveal, not feeling she was ready to deal with any issues that may crop up.

When Dean eventually talks her round, they attempt to rebook only to find that there’s no appointments available for four weeks. Ziggy immediately feels guilty, knowing that anything could go wrong in those weeks, which could have been prevented if she’d gone for the original scan as intended.

The next day, the two decide to wing it by turning up at the hospital claiming that they have an appointment booked. The sonographer, Dr Ward (Erin Bruce), informs that that they should have been there yesterday, at which point Dean claims that they must have got the date wrong. 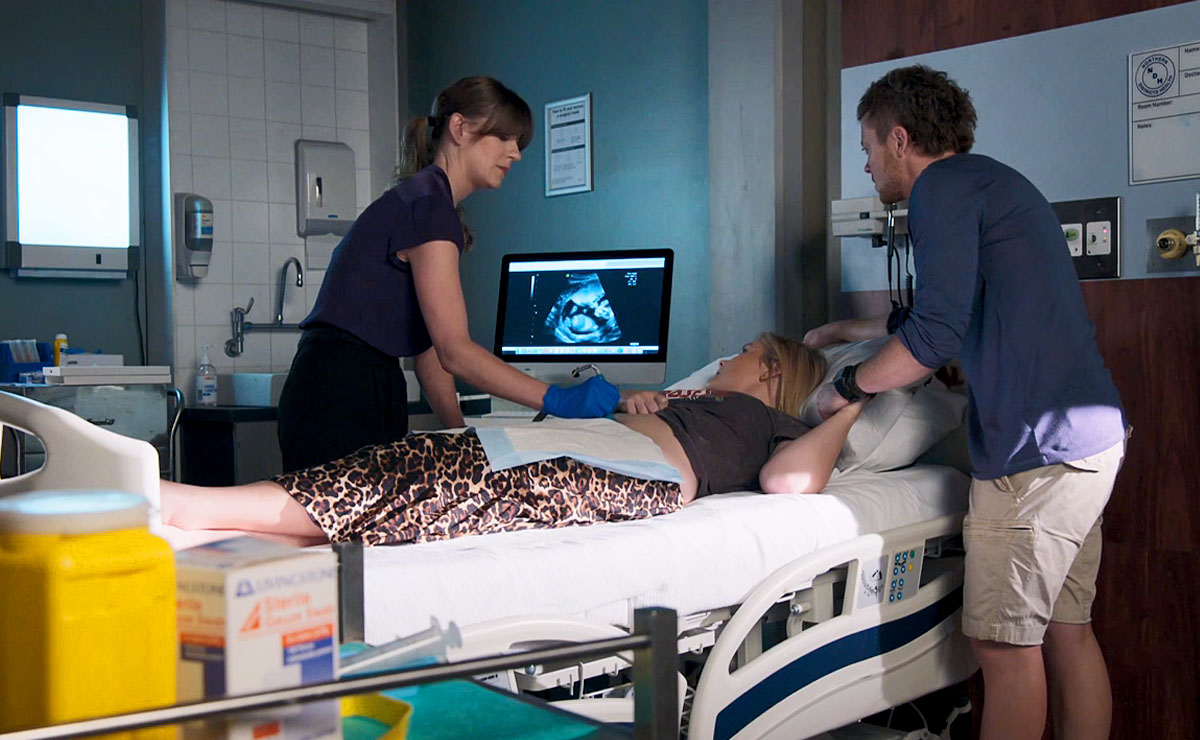 They eventually manage to convince Dr Ward to give them the scan rather than wait until next week, but as she takes a look at the baby, Dean and Ziggy get some unexpected news…

They’re not 12 weeks along at all, they’re actually 18 weeks—the baby is going to be on the way a lot sooner than expected! 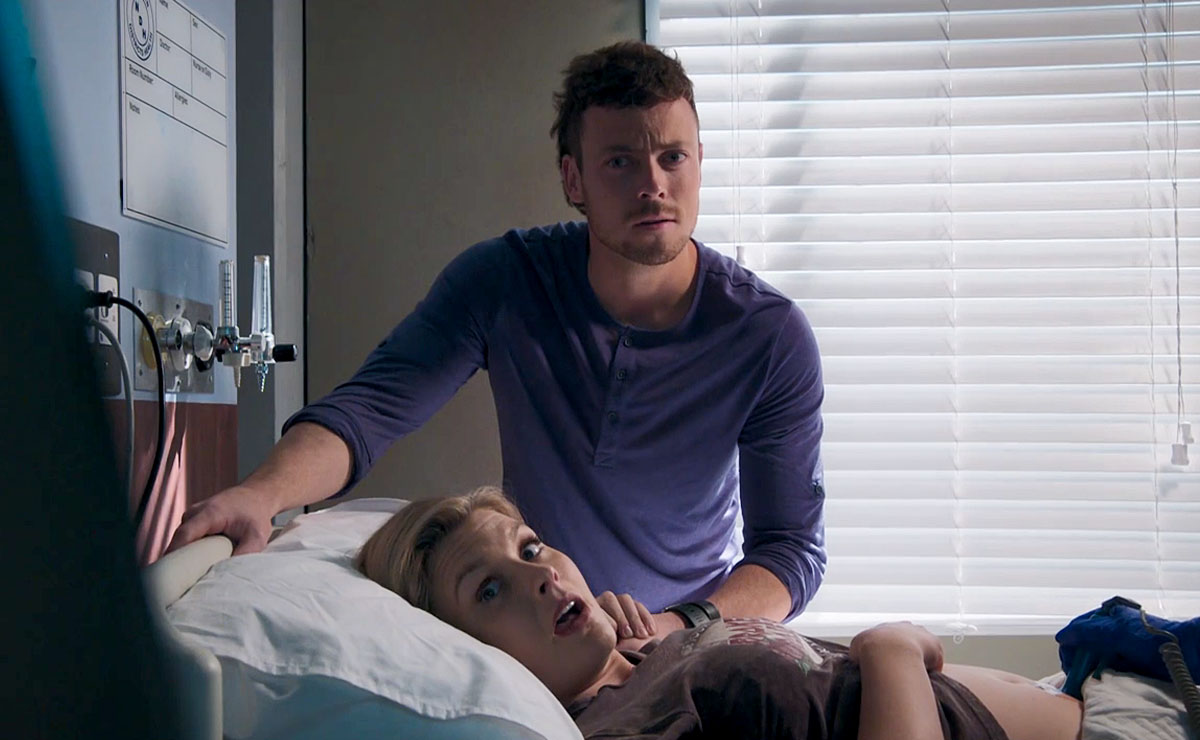 The two finally take the plunge and begin telling their friends the big news, but there’s an even bigger shock on the way…

At the surf club, both Justin and John (Shane Withington) are thrilled, and it’s at that point that John drops his own bombshell—if they go upstairs to Salt, he’s going to get a round in to celebrate! 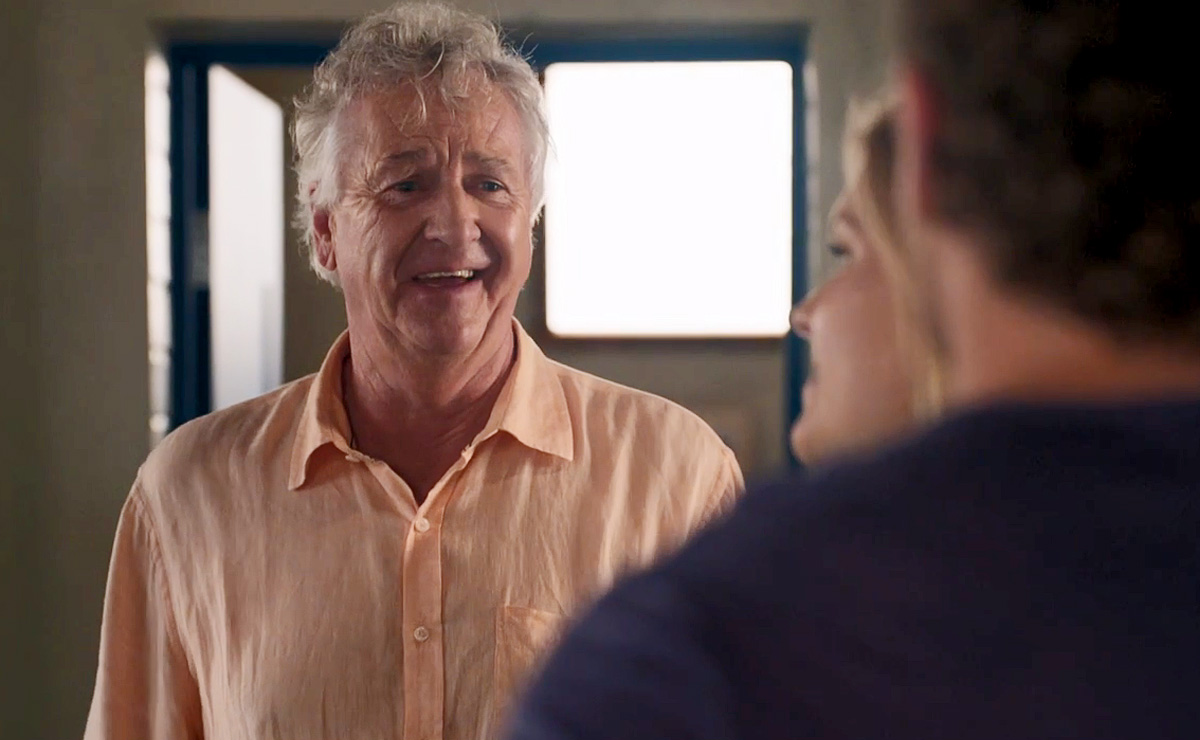 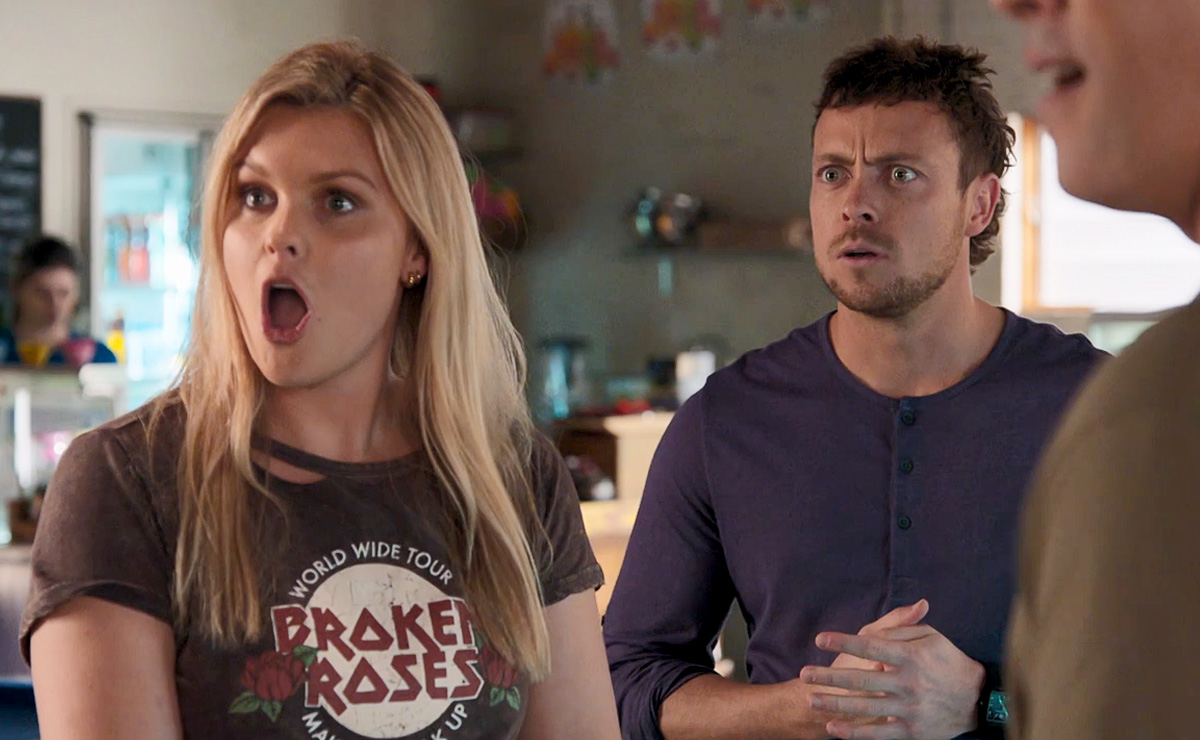 Following this week’s episodes, Home and Away will take it’s annual Christmas break in the UK.

We expect the show to return to Channel 5 on Monday 3rd January 2023. 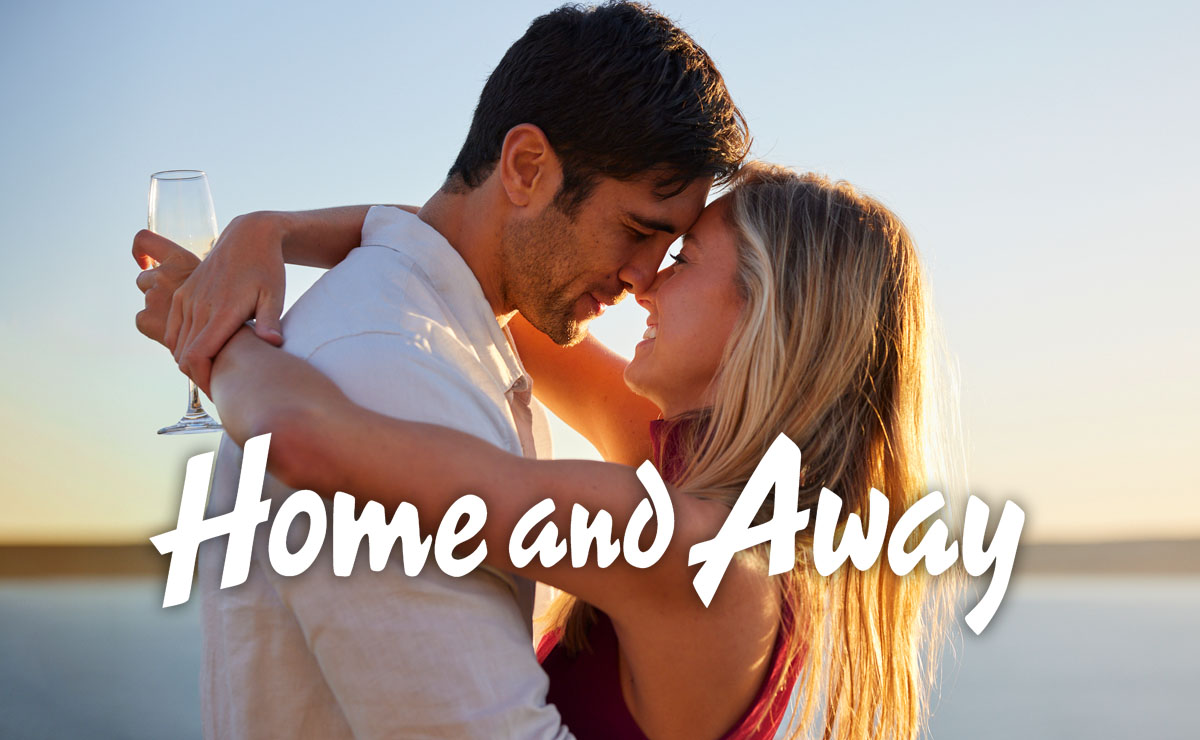 Felicity is put under pressure after Tane’s public proposal, whilst Bree is in danger when she gets an unexpected visitor.

Ziggy’s baby fears keep the doctor away. Are Marilyn’s friends walking into a trap?

Ziggy and Dean announce their big news. Lyrik’s new song is a hit, but could it be bigger? Unhinged Heather holds Marilyn’s friends hostage.