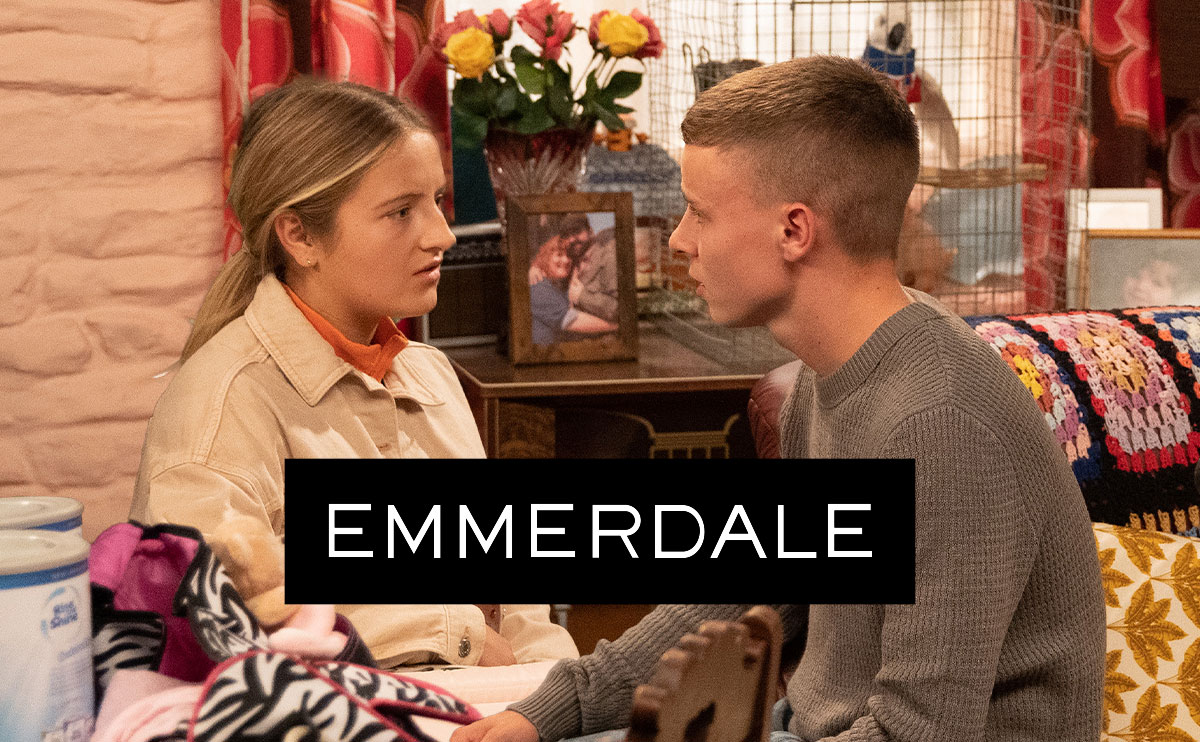 Coming up next week on Emmerdale, Samson goes to extreme lengths to banish Amelia and baby Esther from his life, before Sam suffers a sudden collapse.

Samson (Sam Hall) made his thoughts very clear when he first heard that a one-night-stand with Amelia (Daisy Campbell) had resulted in a pregnancy⁠—he wanted nothing to do with her, or the baby.

Whist the sixteen-year-old has remained stubborn on his position over the months, much to his family’s shame, Samson’s third cousin Noah (Jack Downham) has stepped up to the plate in his relationship with Amelia, promising to support both her and the baby.

There were hopes that Samson may change his mind about being a father once he laid eyes on his daughter for the first time. Already in the hospital after his ordeal during the storm, Samson was wheeled down to maternity to meet Esther. 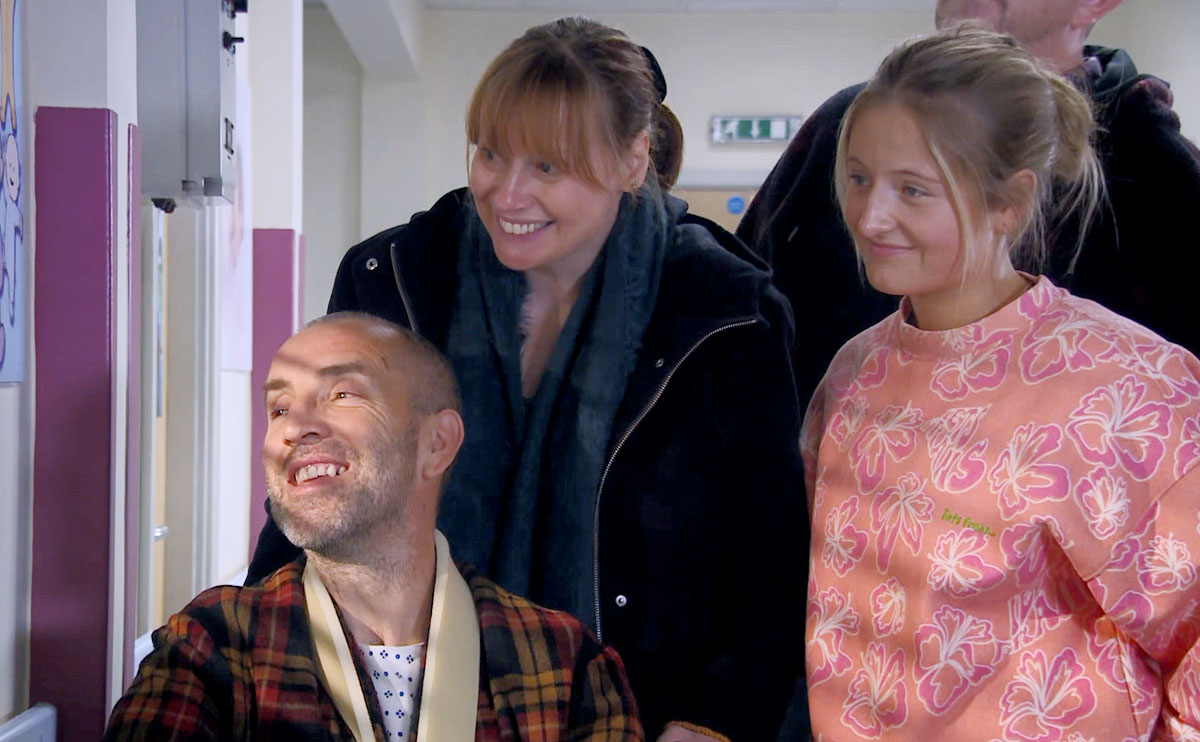 As his dad Sam (James Hooton), stepmum Lydia (Karen Blick), and Amelia watched from outside, they anticipated that Samson would take one look at his newborn and instantly melt. However, with his back to them, Samson instead stared coldly at Esther as he told her that he wanted nothing to do with her. 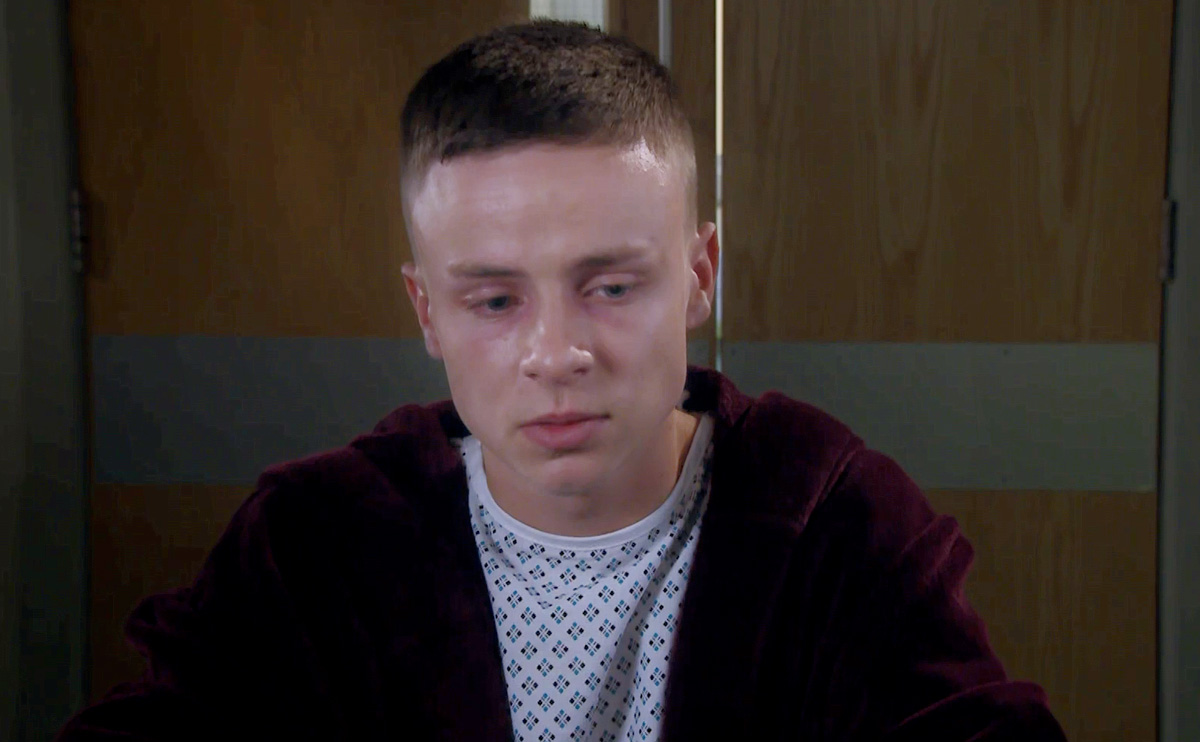 “I’m only here because they forced me to… I don’t want to be your dad, and I will not let you ruin my life.” 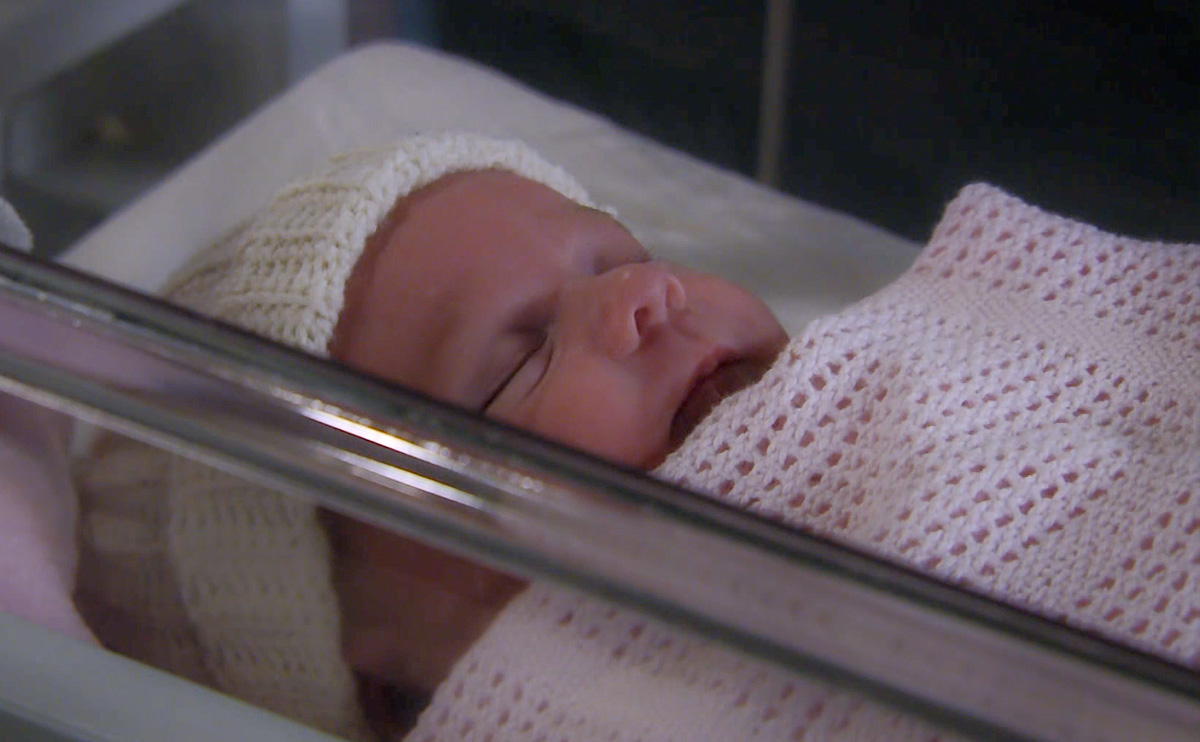 Despite this, Samson put on a facade and was keen to be there for when Amelia registered the birth—much to her and Noah’s surprise—after a chat with Sam reminded him of the rights afforded to him if named on the birth certficiate… and it soon becomes obvious why. 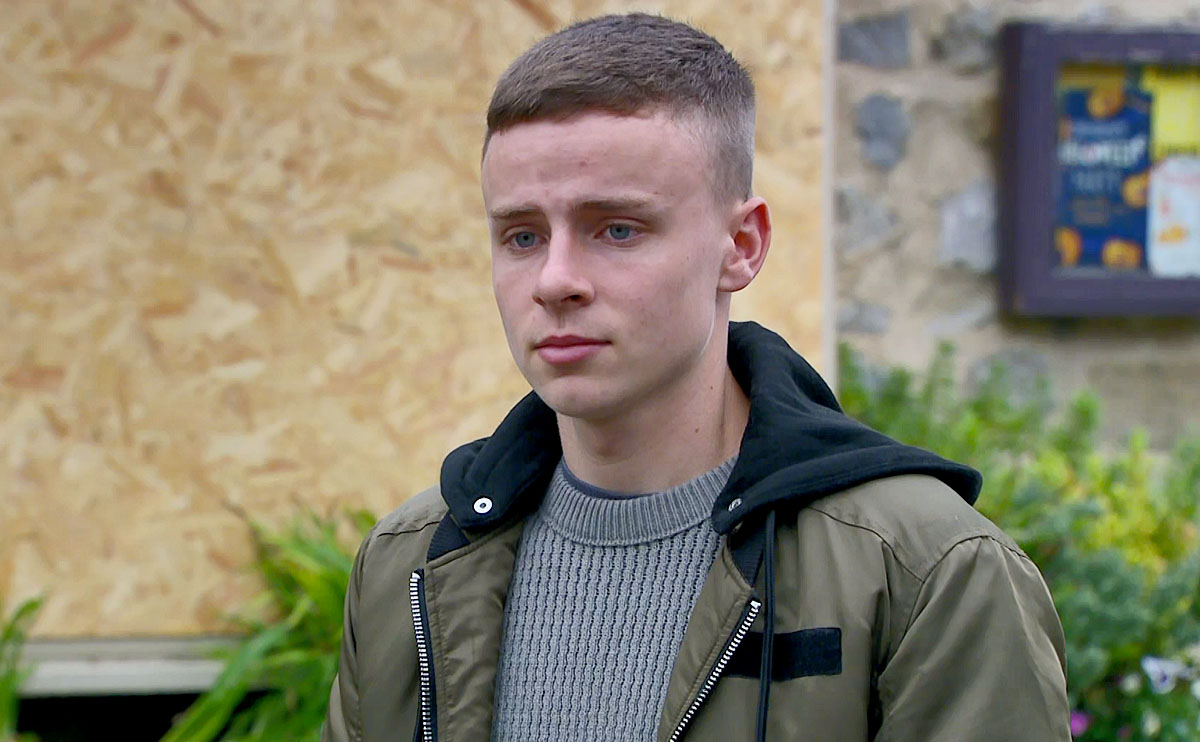 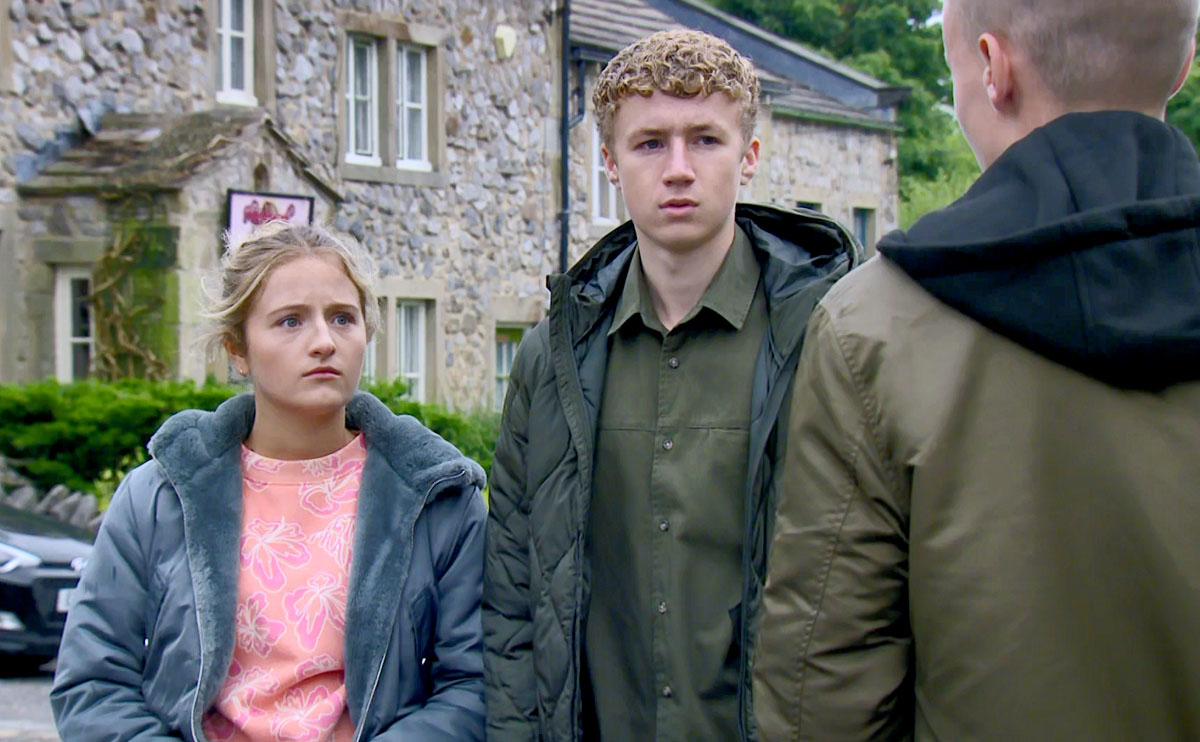 Next week, Amelia is feeling the pressure. Seeing that his daughter is exhausted and already beginning to doubt her abilities as a mother, Dan (Liam Fox) tries to be supportive by telling her that it just takes time. But Amelia remains skeptical that she’s got what it takes.

When Amelia struggles to find a babysitter, step-grandmother Lydia offers to take Esther, her plan being to force Samson to spend some quality time with his daughter.

Samson is furious when he finds himself left holding the baby, surrounded by piles of nappies and formula—this is exactly what he’d been trying to avoid! 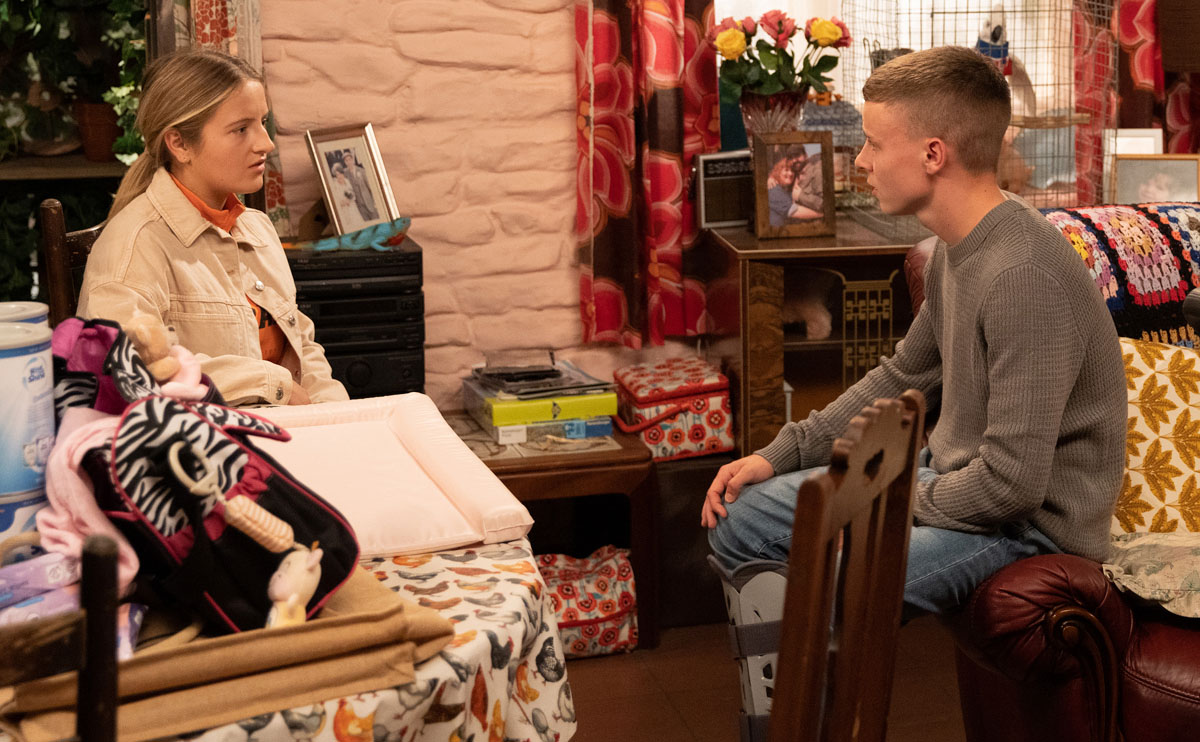 When Amelia later calls round to Wishing Well Cottage, Samson wastes no time in showing his true agenda, when he suggests that she put Esther up for adoption.

Amelia is staggered, and Samson only makes things worse when he callously reminds her that she’d originally planned to have an abortion. 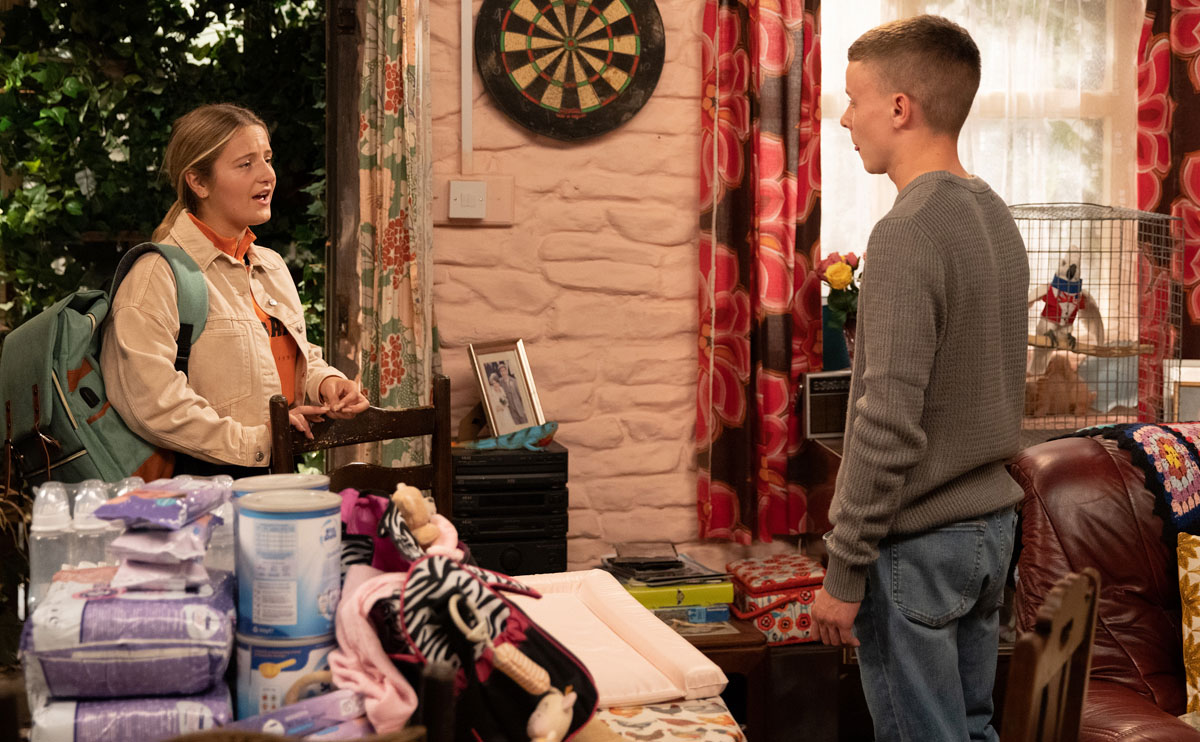 Amelia isn’t having any of it though, as an annoyed Samson realises his plan has backfired. Upset by the turnaround, Amelia confirms to him that she knows exactly what’s best for her daughter, being around her family.

Back at home, Noah assures Amelia that she’s going to be a great mum, and proves his commitment to her by revealing that he’s set up a cot for Esther in his room. Amelia is moved by the kind gesture.

When Noah confronts Samson in a heated argument back at the Dingle homestead, a fiery Samson is determined to put an end to things.

Reaching new depths of deceit, Samson puts in a call to social services, begging them to have his daughter taken into care… 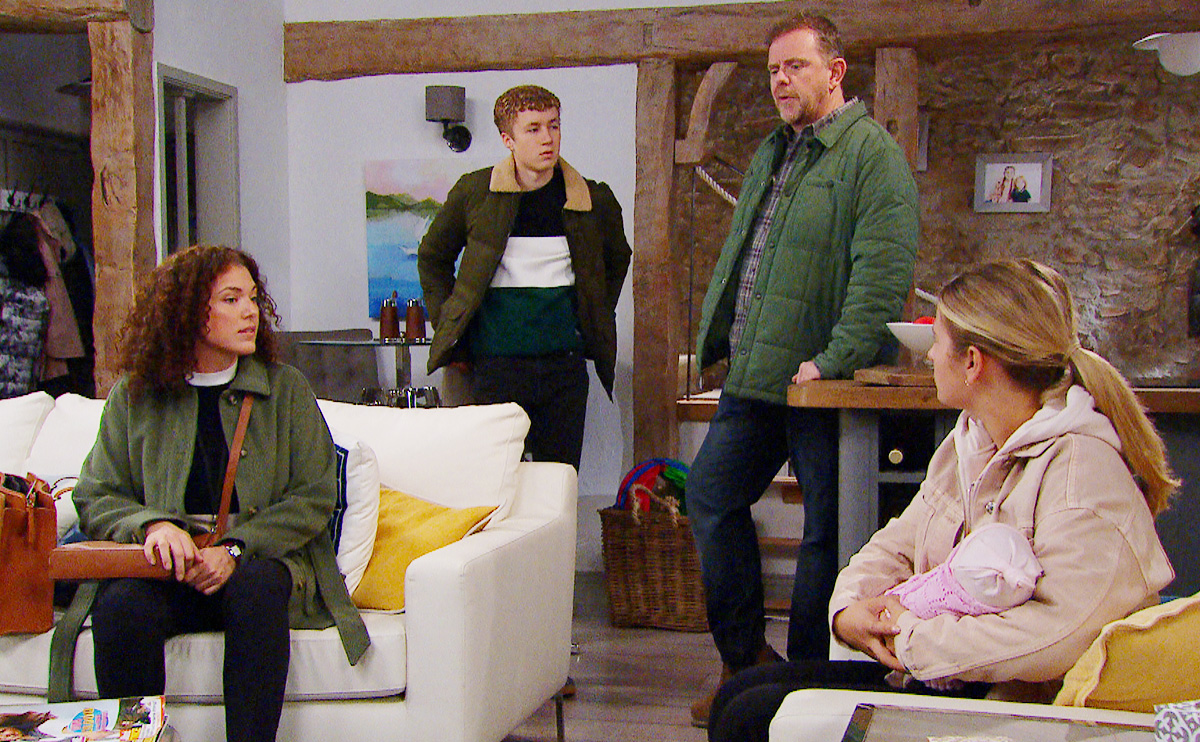 The next day at Jacobs Fold, Dan and Amelia are shocked when they receive a visit from a social worker, who’s acting on a complaint that’s been made about Esther’s welfare! 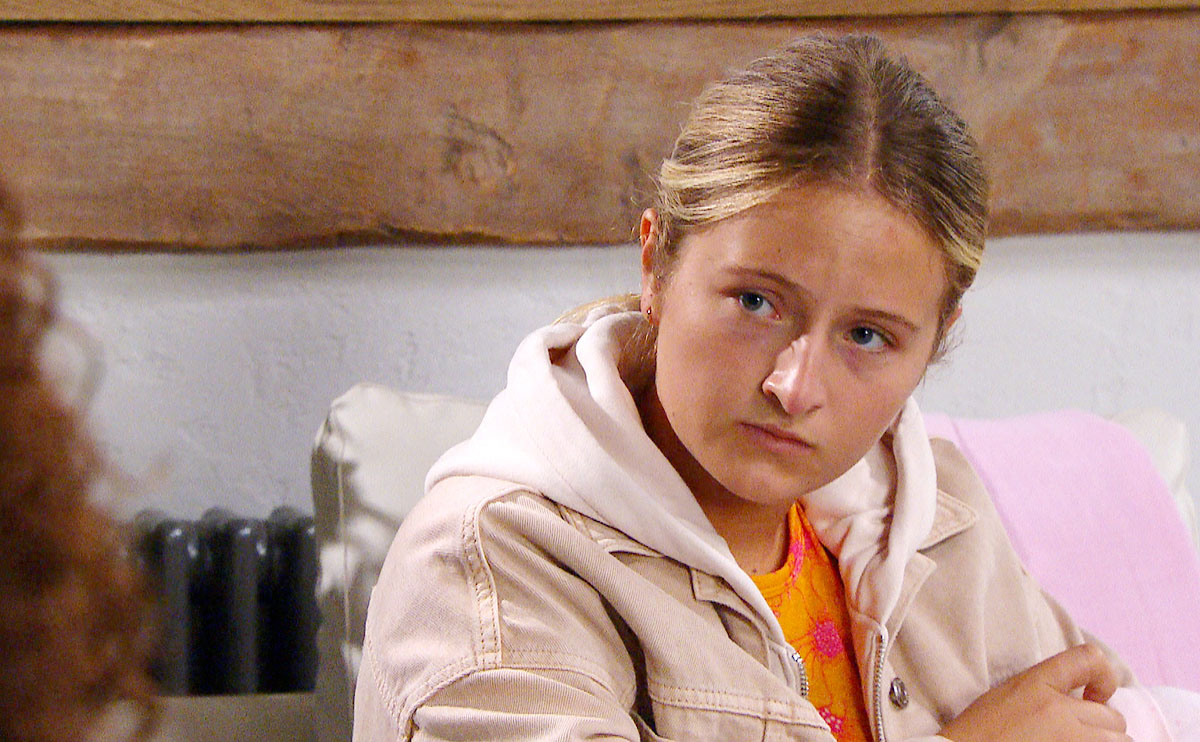 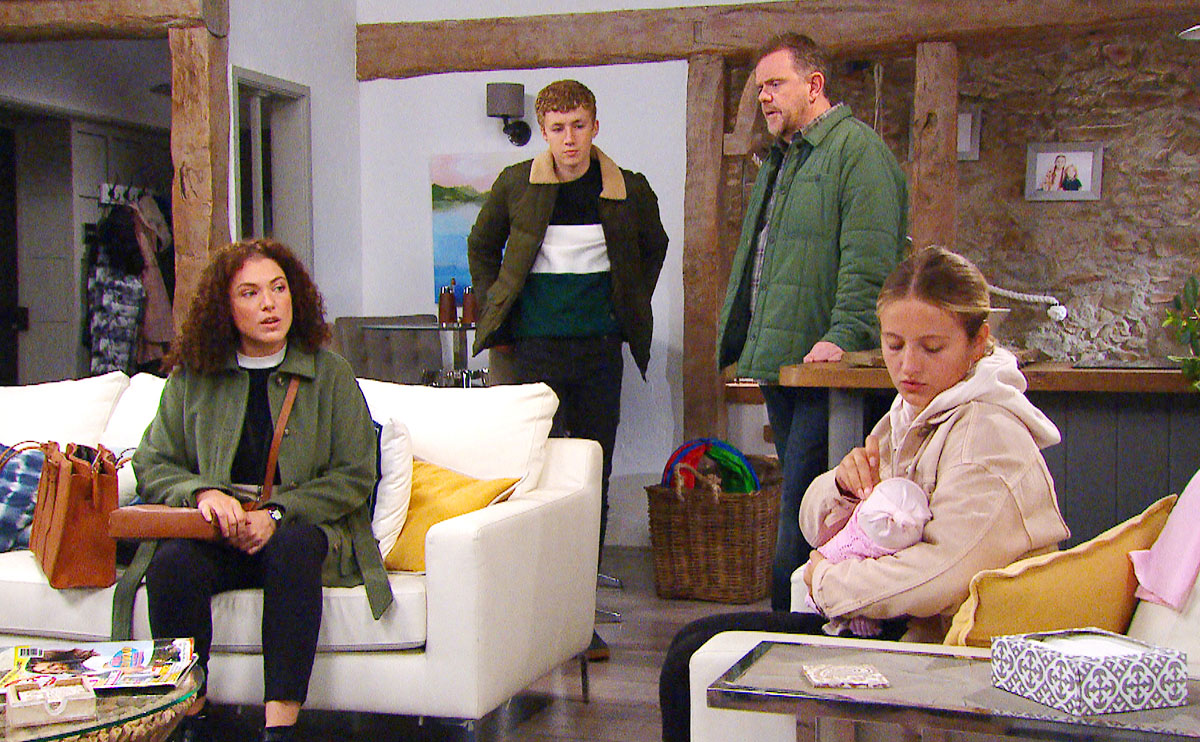 When Sam learns of his son’s actions he’s devastated, he had hoped that his son was starting to show some maturity by stepping up. Sam reminds Samson of the own sacrifices he had to make in bringing him up, after his wife Alice’s tragic death.

But Samson doesn’t seem to care, as he cruelly tells his father that he doesn’t want to be anything like him.

Hurt and enraged by his son’s words, Sam suddenly collapses to the floor!

Will Sam be okay?

Chas is thrown when Kerry asks if she’ll accompany her to Al’s funeral.

Moira tells Cain she isn’t cut out for this and that Amy got it right by running away.

Nicola is touched by Naomi’s sincerity and gains a new sense of closure.

Vinny is not ready to say goodbye to Liv, but Chip has other ideas…

Cain is furious that Mackenzie knows about Kyle, while Moira has left with Issac to Belfast.

Paddy is thrown as Chas lets out her upset after reading Al’s order of service.

Samson tells Amelia that she should put baby Esther up for adoption.

David’s business plans are in jeopardy when he faces losing his licence.

Dan and Amelia get a visit from a social worker. A complaint’s been made about Esther’s welfare!

The truth about Al comes one step closer to being revealed.

Kerry is reeling from the betrayal but finds support from Chas.