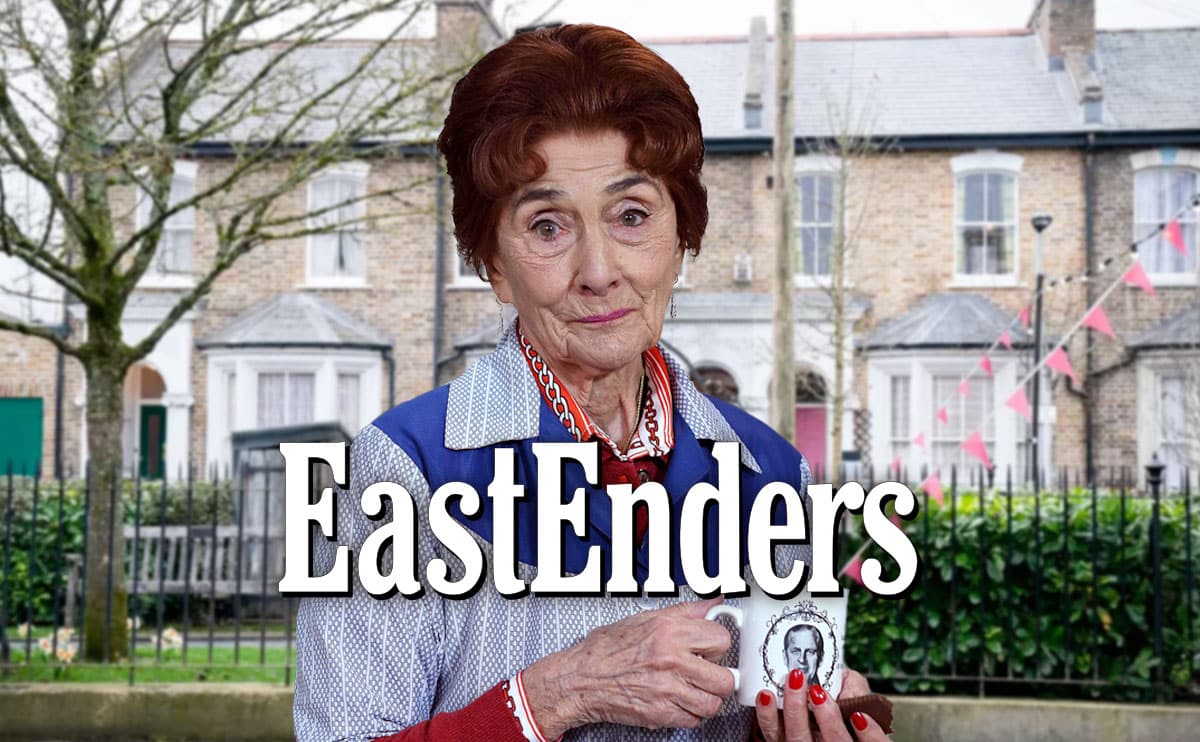 EastEnders has announced a slew of characters set to return to Albert Square to bid farewell to the legendary Dot Cotton.

When a stalwart of a soap passes away, there’s always bound to be a big funeral and it would seem that Dot Cotton’s (June Brown) will be no different.

Actress June Brown passed away in April this year and the series where June played the beloved laundromat manager since 1985 announced not long after that Dot, who made her final appearance in January 2020, would pass away off-screen. 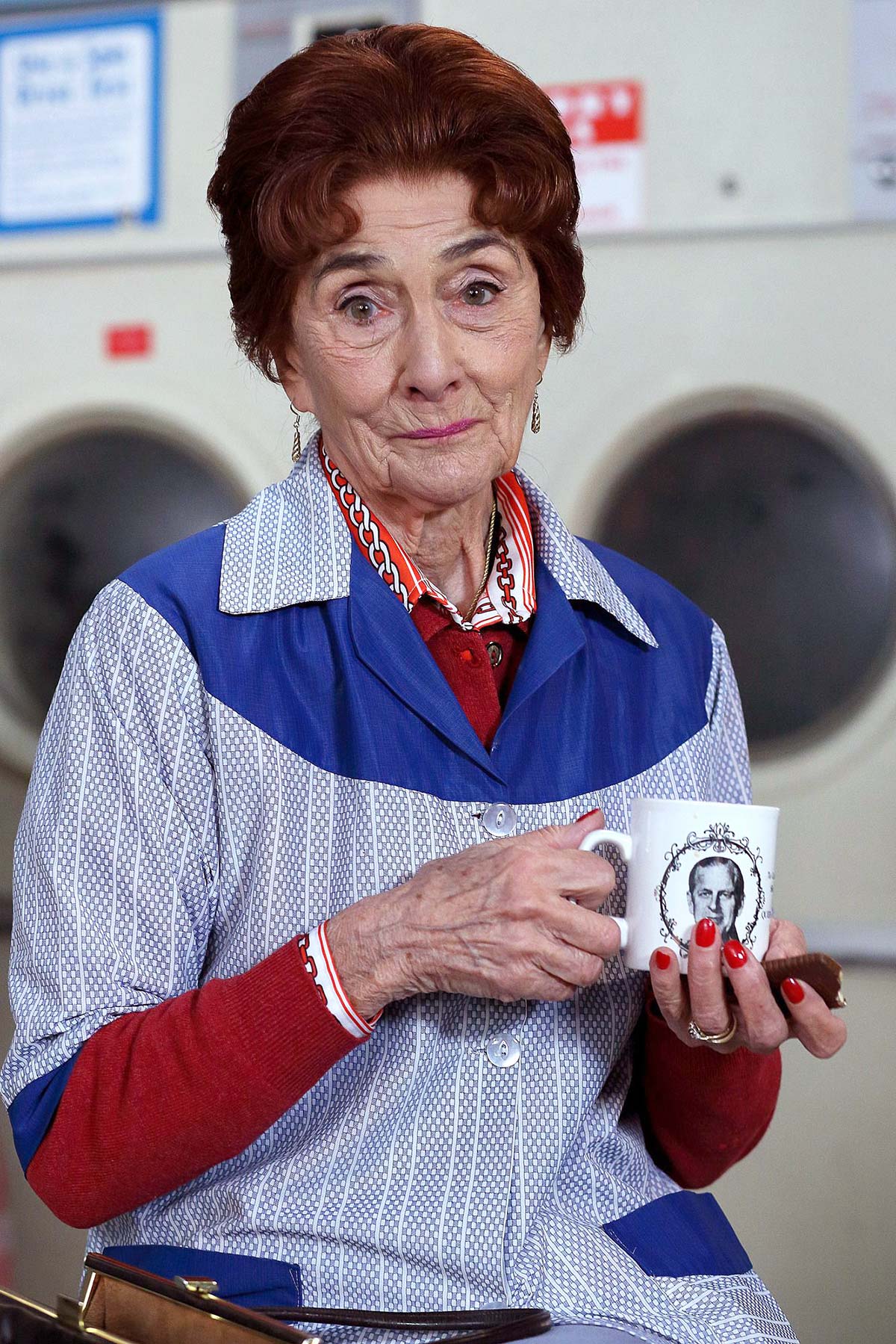 As Dot’s funeral draws closer, EastEnders bosses have announced that six former characters will return to pay tribute to the character.

They will be joined by Colin’s ex, Barry Clark (Gary Hailes), as well as Disa O’Brien (Jan Graveson) and Mary Smith (Linda Davidson).

Speaking of the returns, EastEnders executive producer Chris Clenshaw is proud of what the team has put together.

“It’s an honour to invite so many of Walford’s beloved characters back to pay tribute to Dot,” he said.

“Over the years, Dot profoundly impacted the lives of many young people struggling with life’s biggest challenges.

“Her warmth, heart and compassion changed lives – so we wanted to reunite some of the people she helped the most.

“I’m thrilled these talented and generous actors wanted to share this special experience with us so we can give Dot a fitting send-off.”

Despite the sad reason for their return, it seems the show is setting up potential story points to be explored while they’re back on the square. 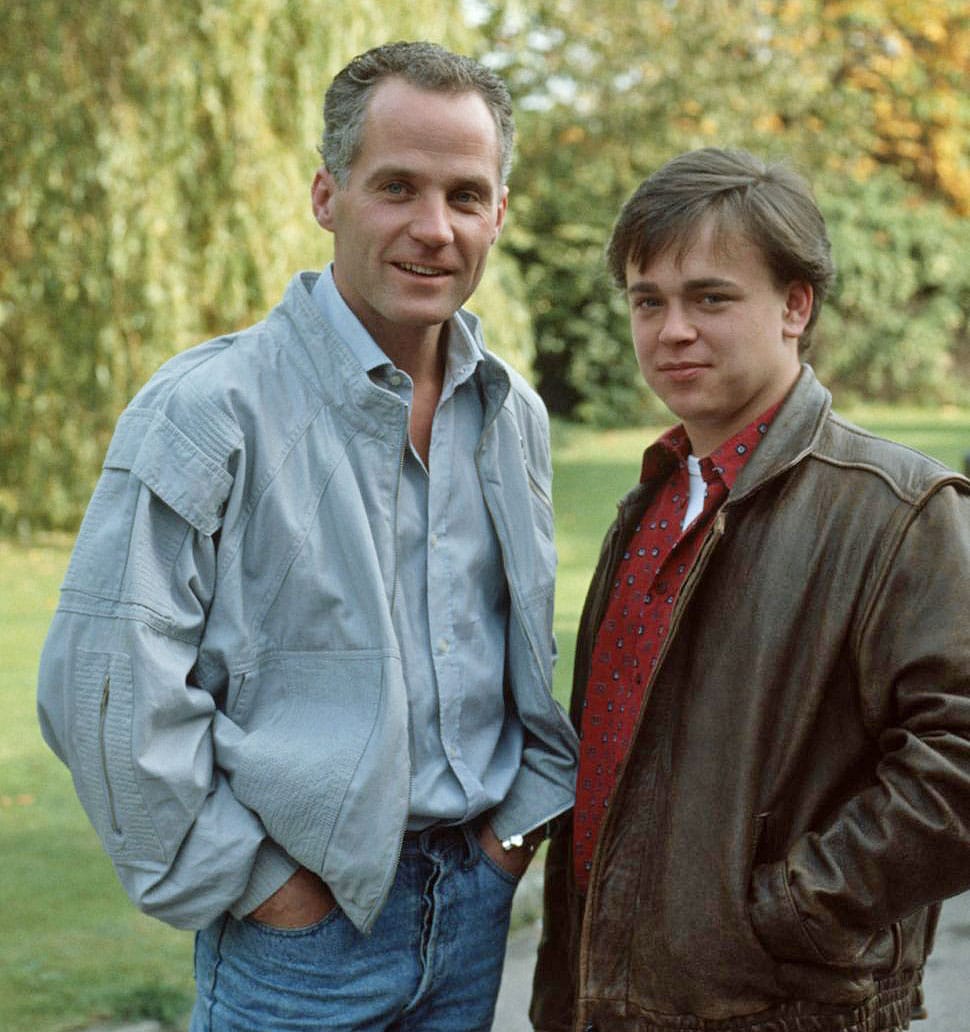 Colin first arrived in Walford in 1986, where it was revealed that he was hiding a secret. He was gay and hiding it, hopeful that he wouldn’t be shunned if he withheld the truth. However, when he fell for Barry, Dot caught the pair in bed together. It wasn’t long before she triggered the rumour mill, telling everyone that he had AIDS. Despite this, the pair forged a close friendship when it was revealed that Dot’s husband Charlie (Christopher Hancock) was a bigamist.

Years later, Dot was forced to face her own beliefs when Colin returned in 2016 and invited her to his wedding to a man named Eddie Tsang (Kevin Shen). Although she was initially reluctant to attend, believing that same-sex marriage was wrong, she reneged on the decision and went to Ireland for the nuptials.

However, for Colin, it’s been years since he has seen Barry. The pair split on New Year’s Eve 1987 and six months later, he left to take up a job as a DJ on a cruise ship. It’s been 35 years since Colin and Barry have seen one another, which begs the question – will their reunion result in a rekindling?

“Being invited back to the show after almost 30 years away was exciting, scary, strange, but overall it was really nice!’ said the actor who played Barry.

“EastEnders has always been a big part of my life so to have the opportunity to come back – there were nerves – but that quickly turned into excitement, and warmth at the chance to honour Dot.

“June was an incredibly genuine person both on and off-screen, she really cared and was attentive to people. That’s one thing I’ll never forget.”

Meanwhile, Disa was a young tearaway who found herself in Walford, pregnant, the victim of sexual abuse at the hands of her uncle. Despite only a short stint on the series, Disa made a lifelong friend in Dot, in whom she confided and sought parenting advice.

As a devout Christian, Dot often found herself helping those in need, and one such person was Mary “The Punk” Smith. Arriving in Episode 5 of the series in March 1985, Dot and Mary formed an unlikely friendship and Dot found herself looking after Mary’s young daughter Annie (Marilyn O’Brien). Despite their ups and downs, Mary’s friendship with Dot endured, with the pair catching up more recently in 2015 when she returned for Dr Legg’s (Leonard Fenton) funeral in 2015.

Much like Mary, Lofty was introduced early on in the series and developed an odd friendship with Dot. Despite the age difference, the pair’s friendship endured over the years. 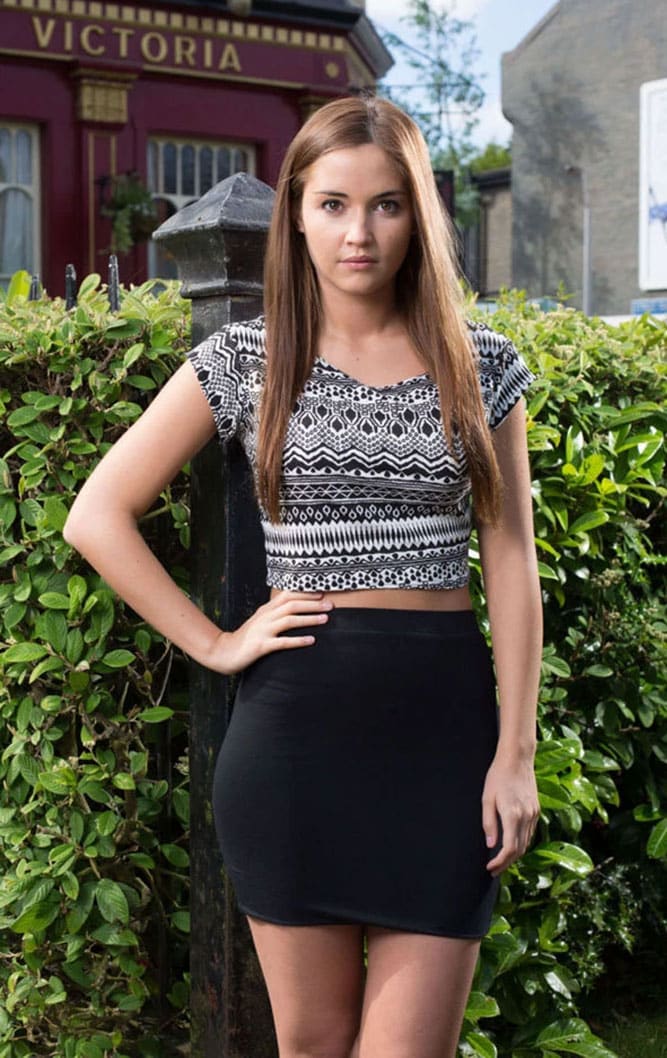 Last but not least, Lauren’s return to Walford is a much-anticipated one. Having left the Square for New Zealand in 2018, Lauren has been in touch with her loved ones several times in the past four years. Now, back in town, she’s preparing to bid adieu to the lady she called her step-grandmother, but it seems a handsome suitor might take her fancy.

Speaking of her return, Jacqueline reflected on her time onscreen with June and echoed the feelings so many cast, crew and fans alike feel about the actress.

“Coming back to EastEnders for Dot’s funeral was a no-brainer, and it was a real honour to be invited back,” she said.

“I had a lot of fun but, of course, it was bittersweet.

“It was amazing to be back, but hard to be filming this storyline. I can tell the viewers now that Dot gets the beautiful send-off that she deserves. June was the light and joy of EastEnders.

“I had so much fun working with her, the incredible stories and how infectious & witty she was. June is a legend and I miss her very much.”

EastEnders airs Monday–Thursday at 7:30pm on BBC One with episodes available on iPlayer.

Here’s the full spoilers for next week’s EastEnders:

Kheerat struggles to remain civil with Nish, Lily makes a concerning discovery about Amy, and Martin enlists Jay as his wingman.

Jack is forced to face the consequences of his actions and seeks solace in an unexpected person. Kheerat feels betrayed by those closest to him, and Nina piles the pressure on.

An upsetting revelation rocks Denise, Vinny and Ash are shaken to their cores, and Jay and Lola are in hot water with Lexi.

The tension between Nish and his children reaches breaking point. Felix and Finlay set off on a mission.