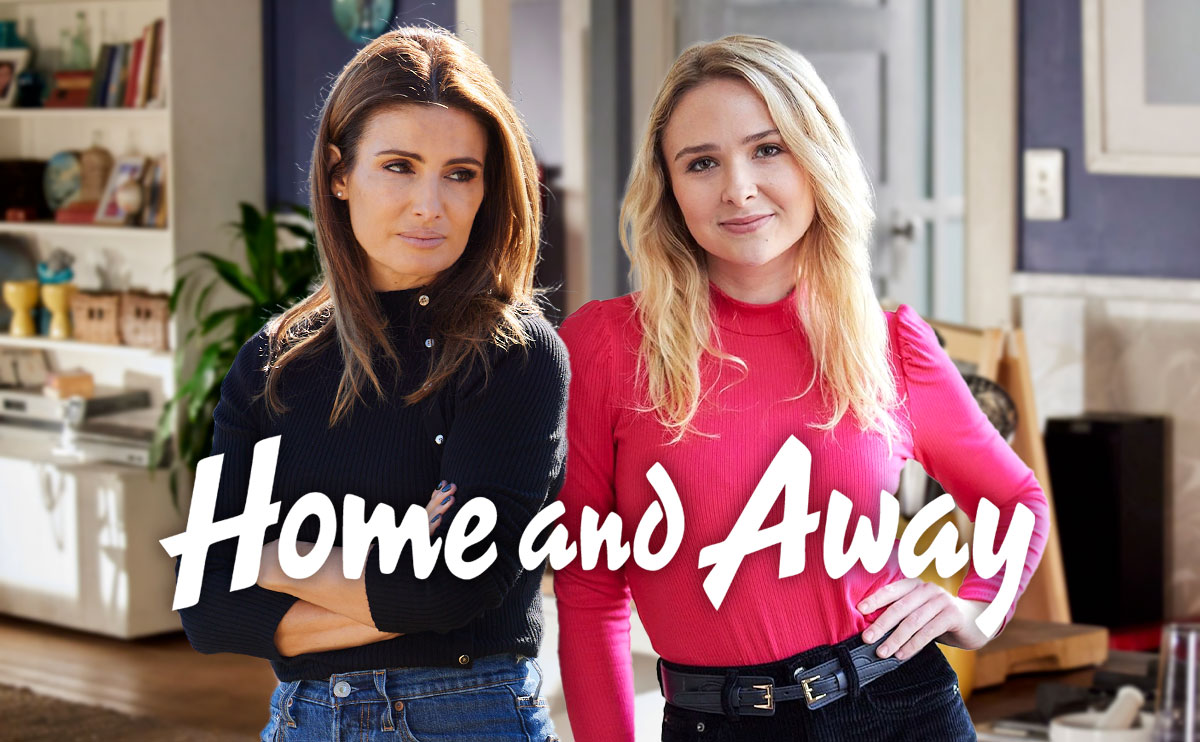 Coming up this week on Home and Away in Australia, Heather turns on John and Leah as her games begin to unravel, while Tane proposes to Felicity!

This week, Tane (Ethan Browne) decides to take a major step in his relationship with Felicity (Jacqui Purvis), by popping the question! 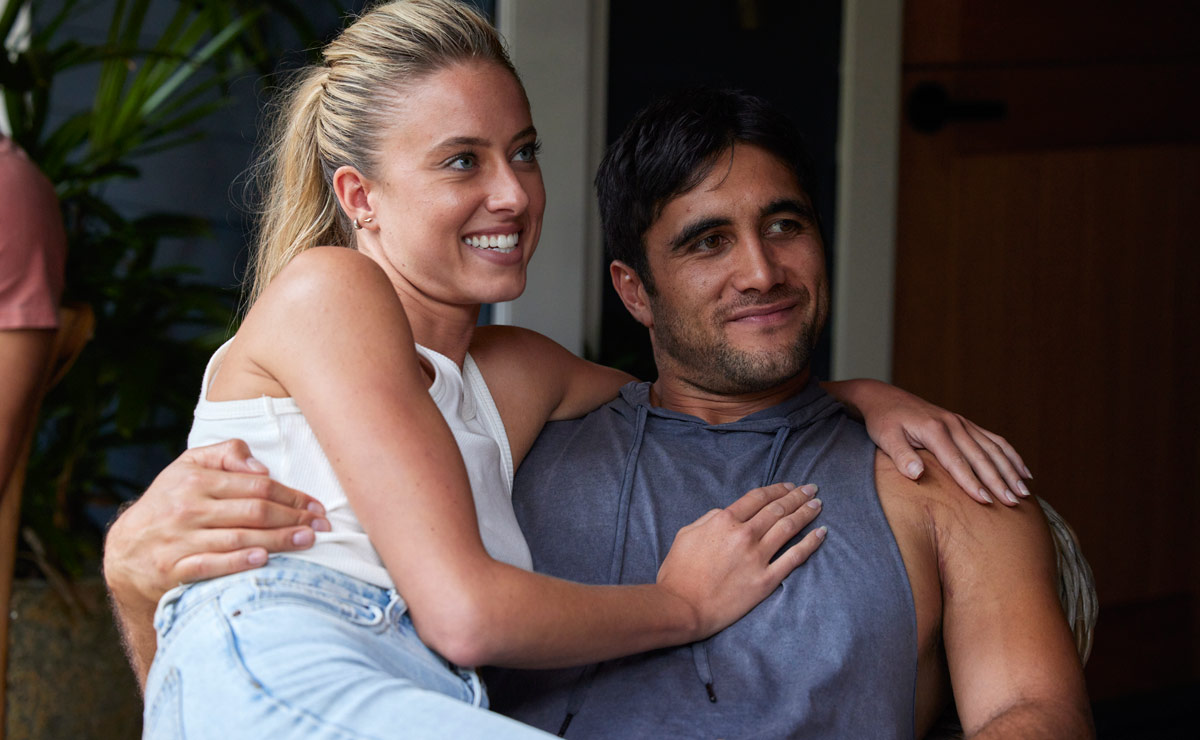 The past couple of weeks have seen Tane become philosophical about what he wants out of life, following the whole bikie gang debacle which saw him and Nikau (Kawakawa Reo-Fox) hauled before the courts as part of an undercover police operation. Although the whole ordeal is over, for the moment anyway, Tane started considering whether owning the gym was more trouble than it’s worth. 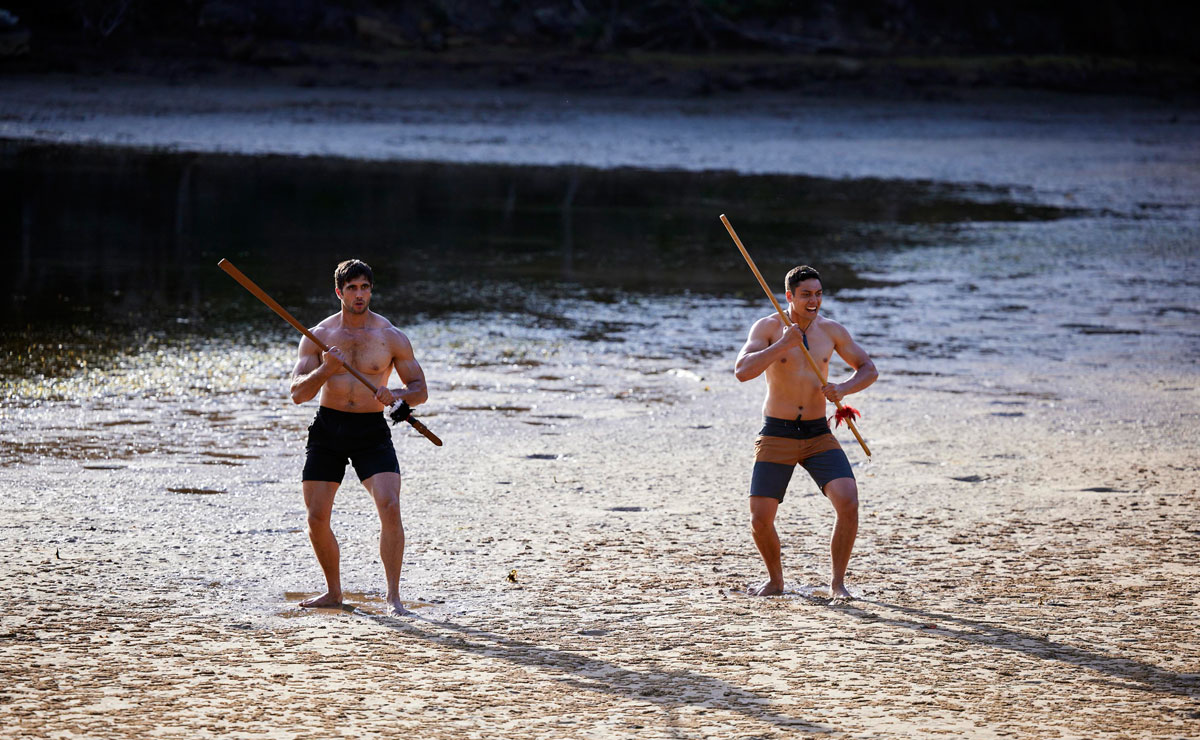 A taiaha session with Nik seemingly cleared his head, as he promised to not make any rash decisions, but learning that ex-girlfriend Ziggy (Sophie Dillman) was pregnant started Tane thinking about his wish for a family.

Tane’s plans for the future caused issues between him and Flick earlier this year, when Flick explained that she didn’t necessarily see herself settling down in the same way. 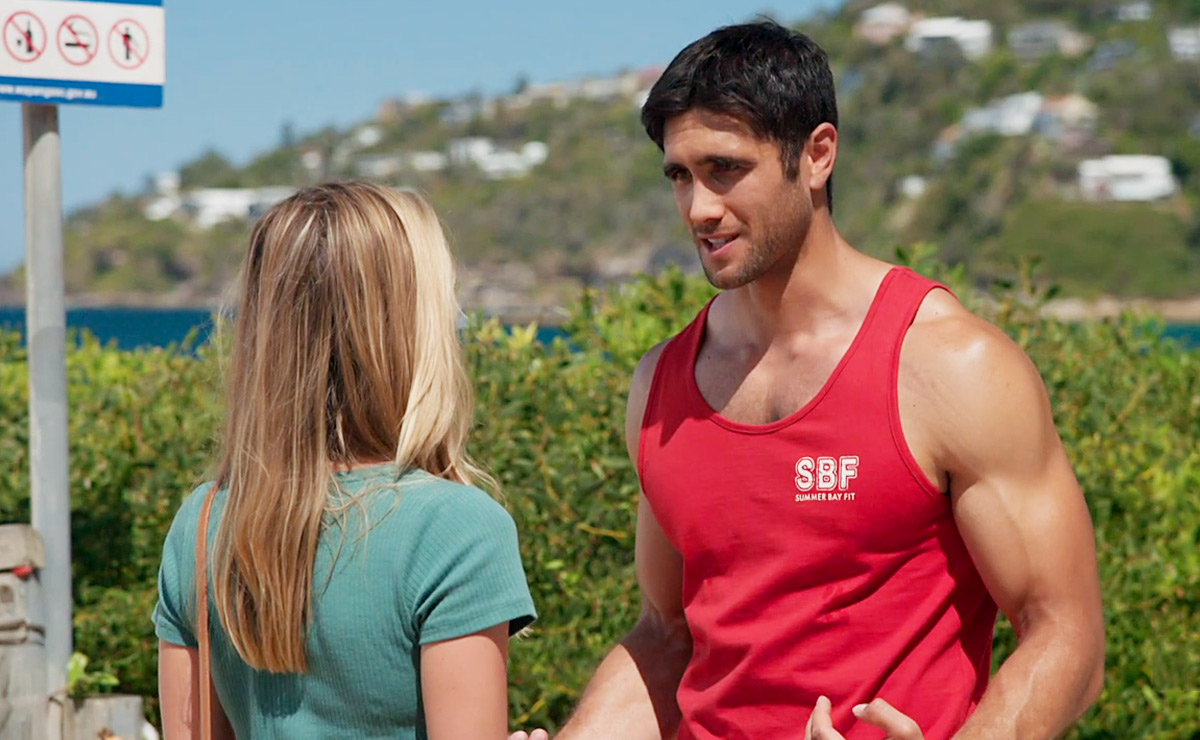 As Flick worried that her stance would be a dealbreaker for their relationship, Tane eventually told her that it didn’t matter. If his brother Ari’s (Rob Kipa-Williams) death had taught him anything, it’s that they need to live in the here and now. 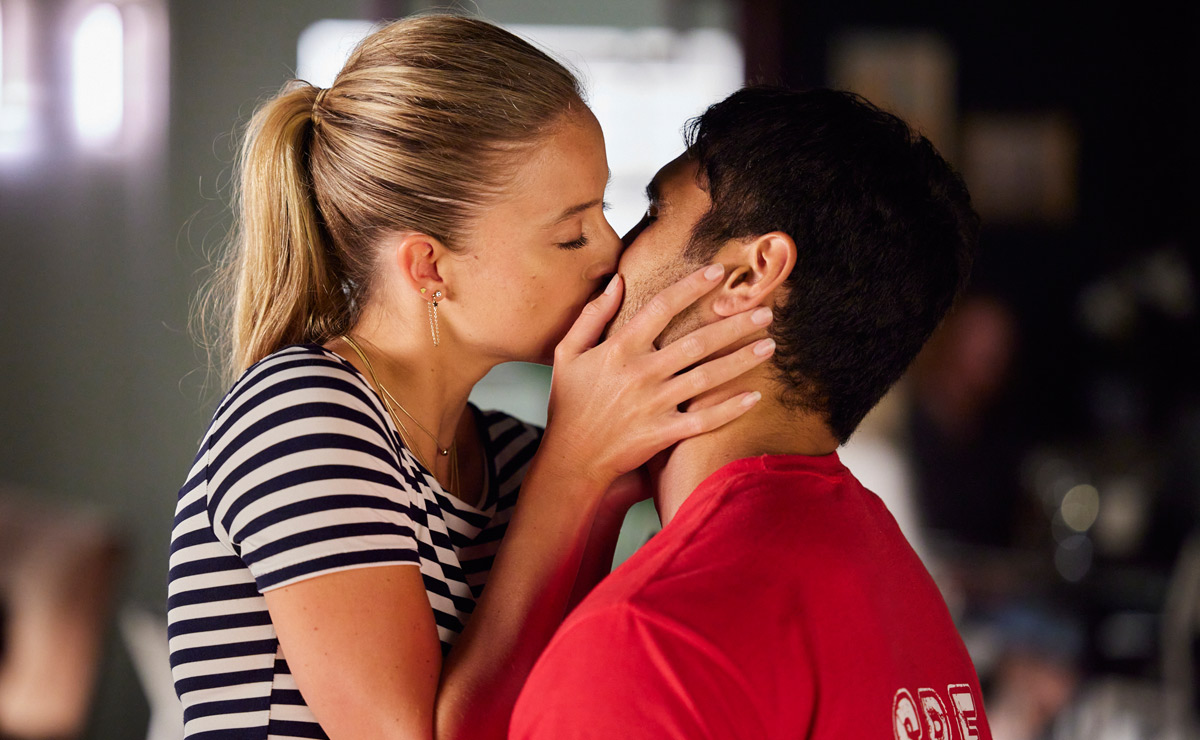 Since then, Tane and Flick have moved in together, and Tane decides it’s time to take a gamble to see if Flick is willing to take the next step after all… 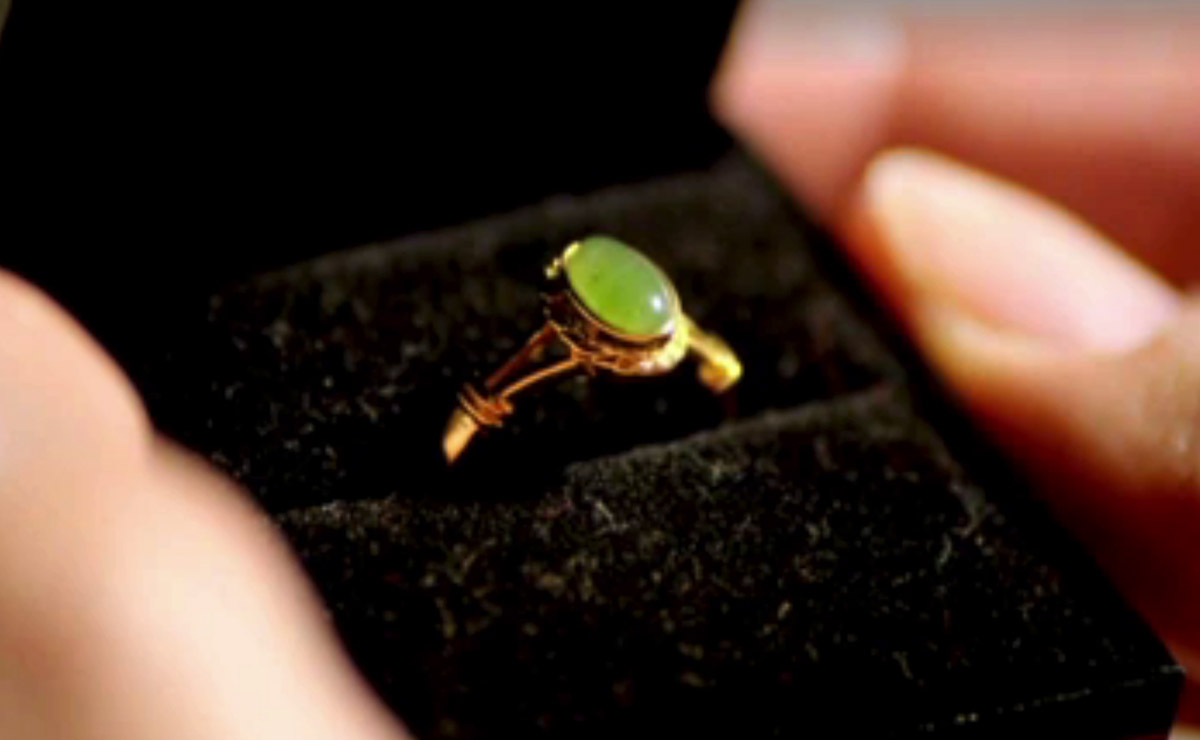 Nik is thrilled when Tane lets him in on his plans, and helps Tane organise a romantic outing for Flick up at the lighthouse, the spot where they first declared their love for one another. 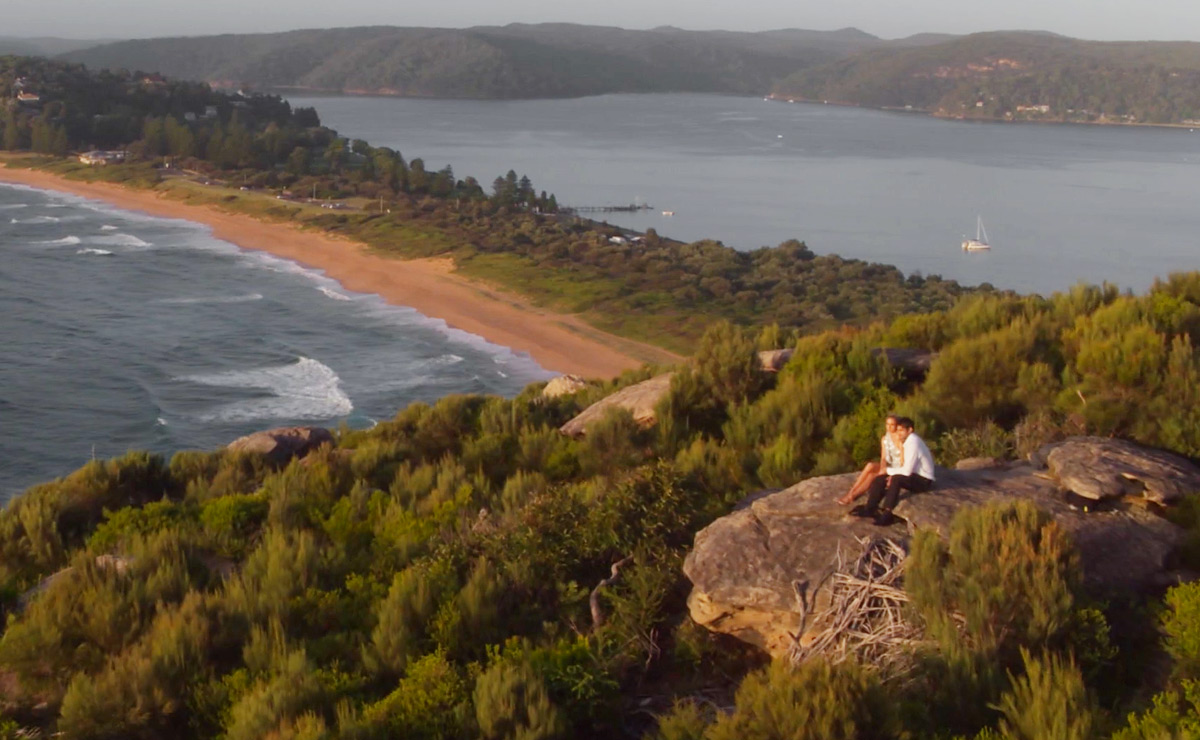 With Flick going through her own traumatic ordeal with brother Cash (Nicholas Cartwright) over the past few weeks, she initially thinks that it’s just Tane’s way of giving her a treat.

“Flick thinks Tane is just being extra sweet, because things have been super-tough recently with Cash,” Jacqui told TV Week. “And because she’s been so distracted with it all, she doesn’t really think twice about it.”

But Flick is surprised when Nik and Cash suddenly appear out of nowhere, followed by her mates Kirby (Angelina Thomson), Eden (Stephanie Panozzo), Remi (Adam Rowland) and Theo (Matt Evans). 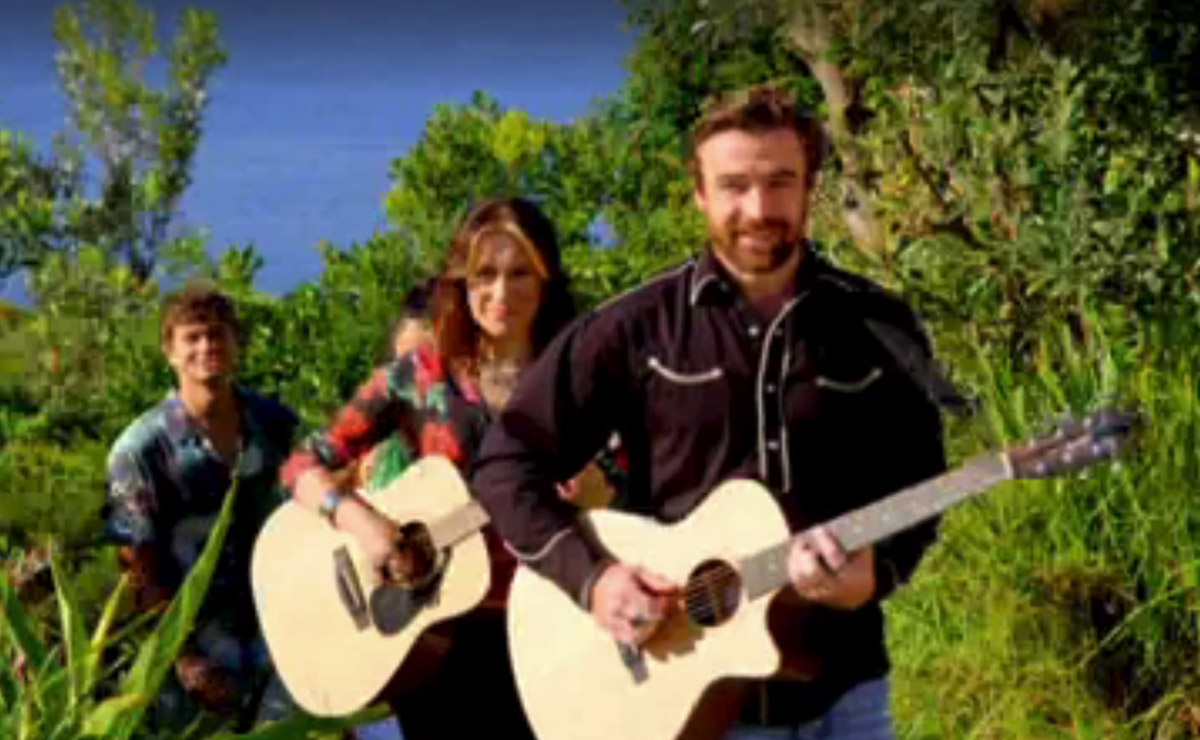 As Lyrik start singing an original love song for the pair, Flick is shocked when she realises what is happening—Tane is down on one knee! 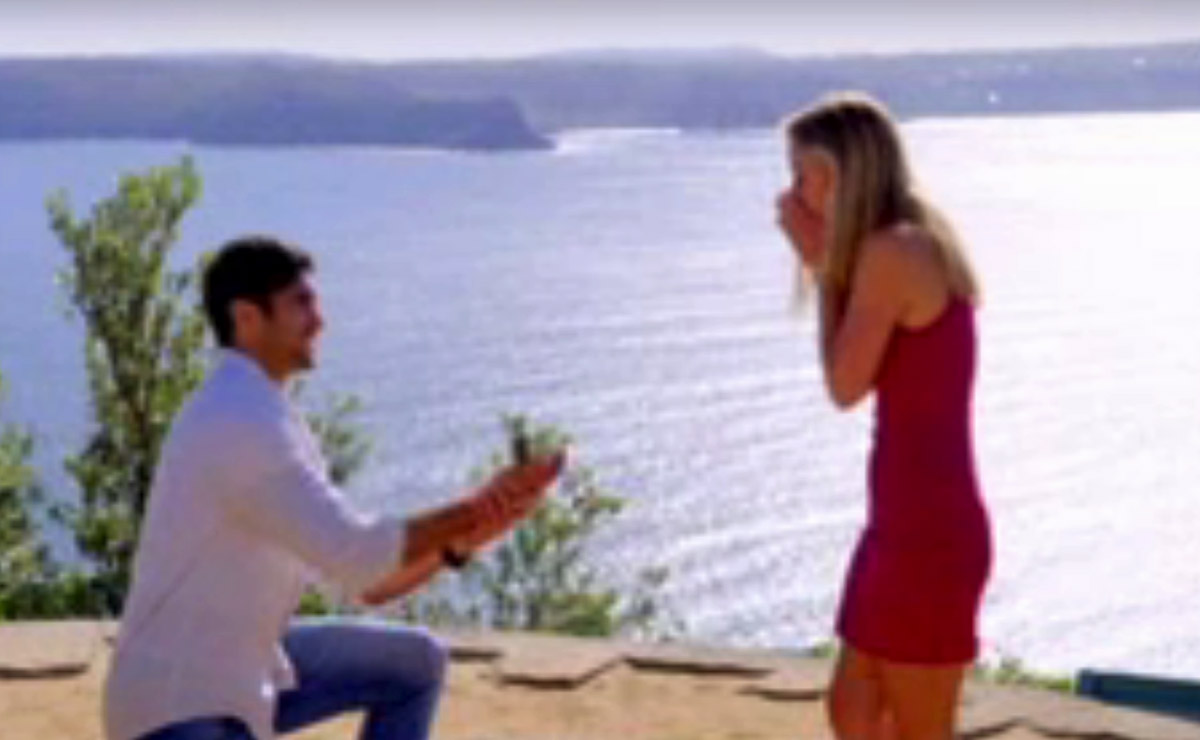 “Felicity Newman….will you marry me?”

There’s silence as Flick tries to take it all in… how will she respond? 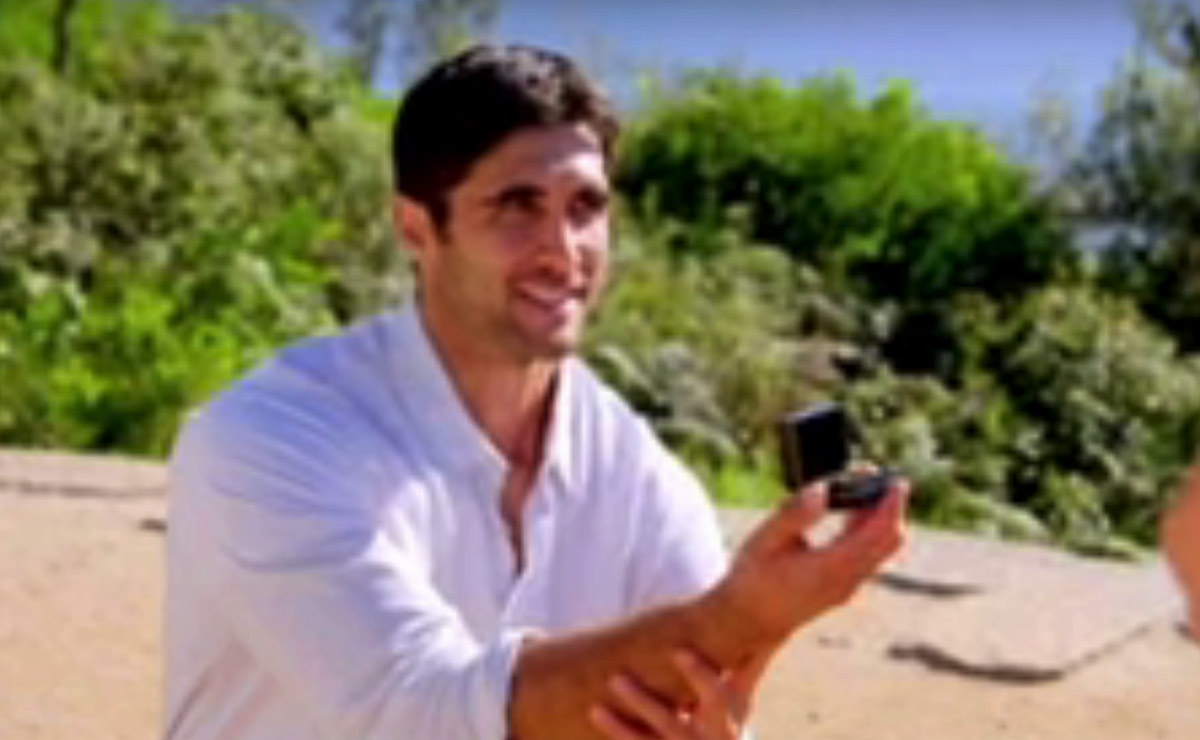 “She doesn’t expect it at all,” Jacqui continued. “It’s a massive shock. She can’t stand the thought of losing someone she loves. So to commit, in Flick’s mind, is allowing loss to happen.”

Will Flick be able to overcome her fears of commitment and accept Tane’s proposal? 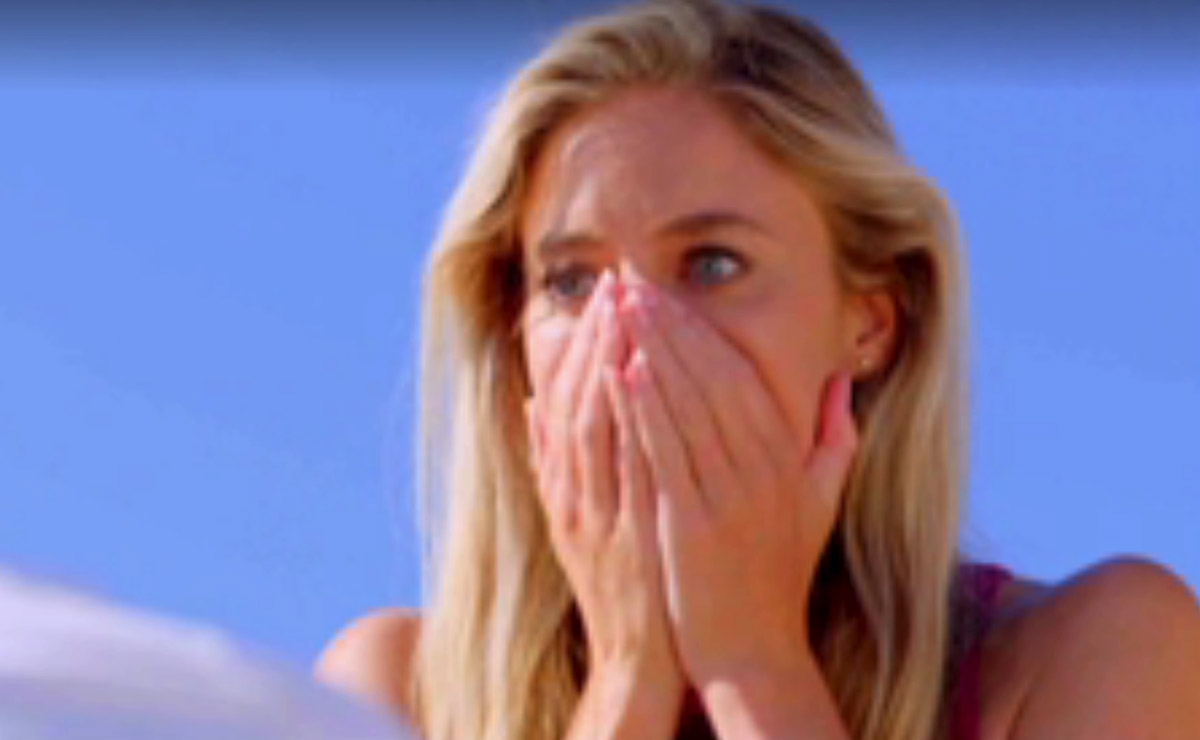 Elsewhere in Summer Bay, after spending the last few weeks playing out her vendetta against Marilyn (Emily Symons), it looks like Heather’s (Sofia Nolan) games are finally starting to unravel as more Summer Bay residents become suspicious of her. 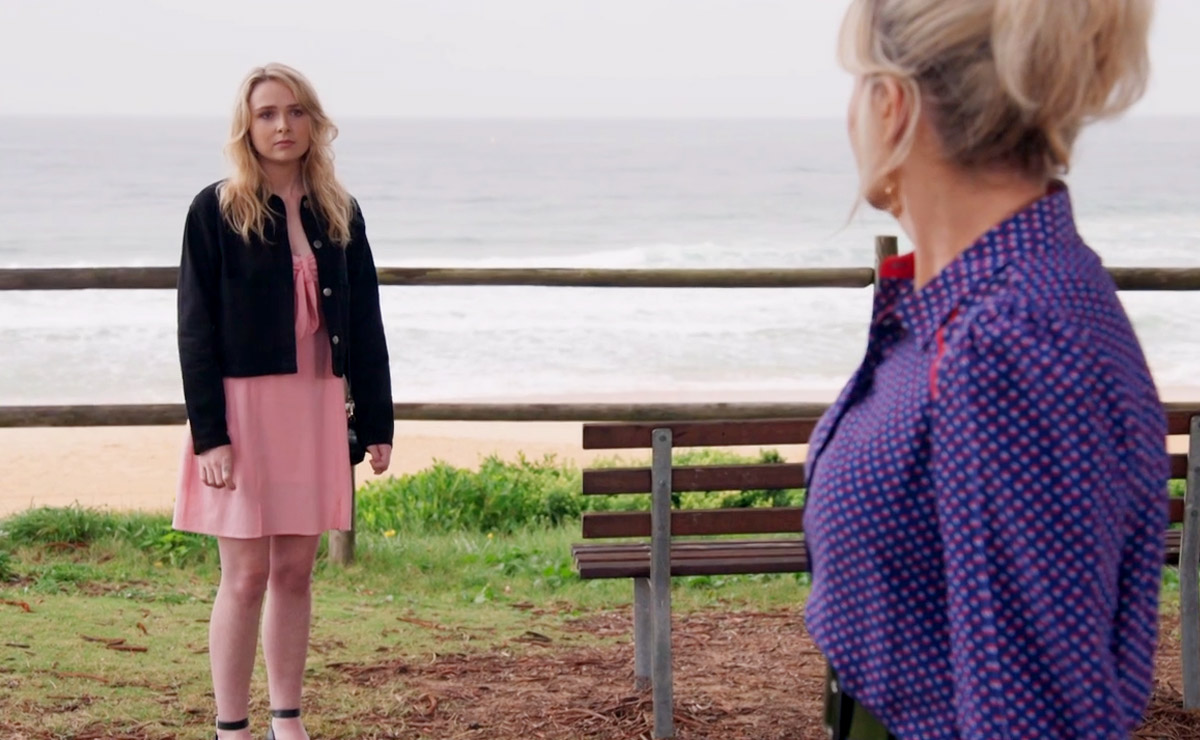 Discovering that the new arrival to the bay, who was seemingly out to get her, was actually her long-lost daughter, Marilyn has been desperately trying to forge a relationship with Heather.

Despite Heather clearly carrying on with her games, to the point where even old friends Alf (Ray Meagher) and Roo (Georgie Parker) have been turned against her, Marilyn has put on her rose-tinted specs—explaining Heather’s actions away as feeling abandoned by her for so many years. 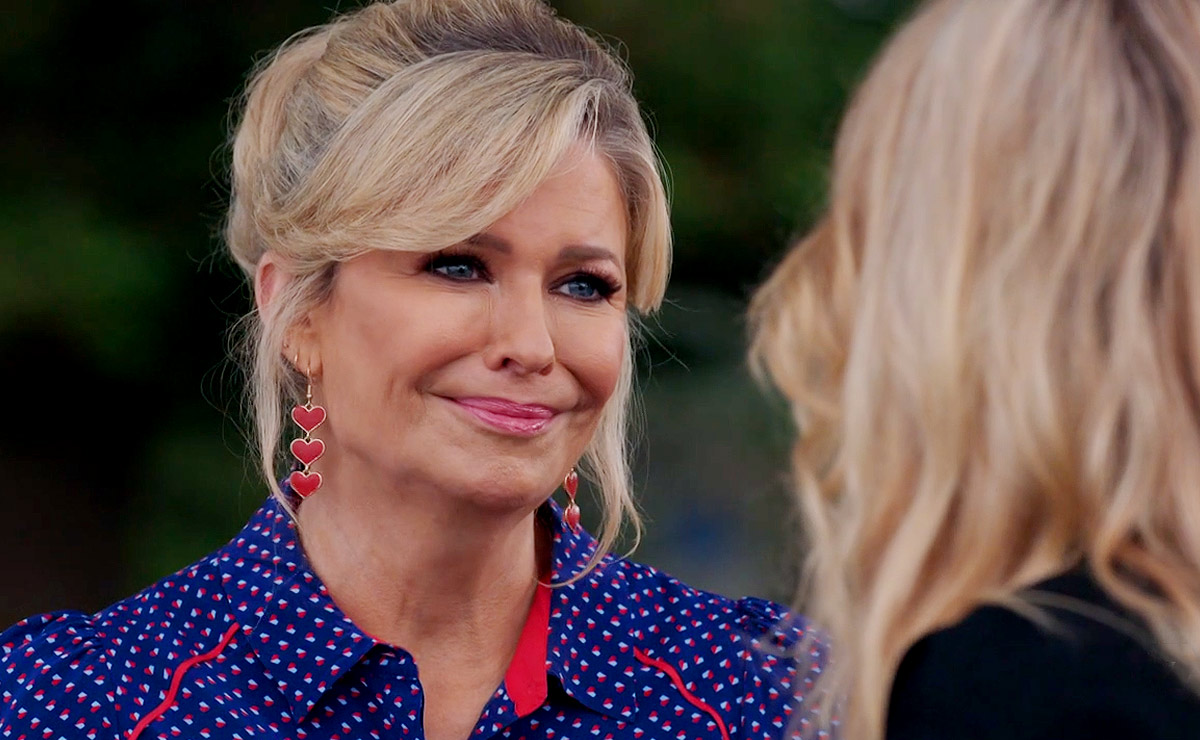 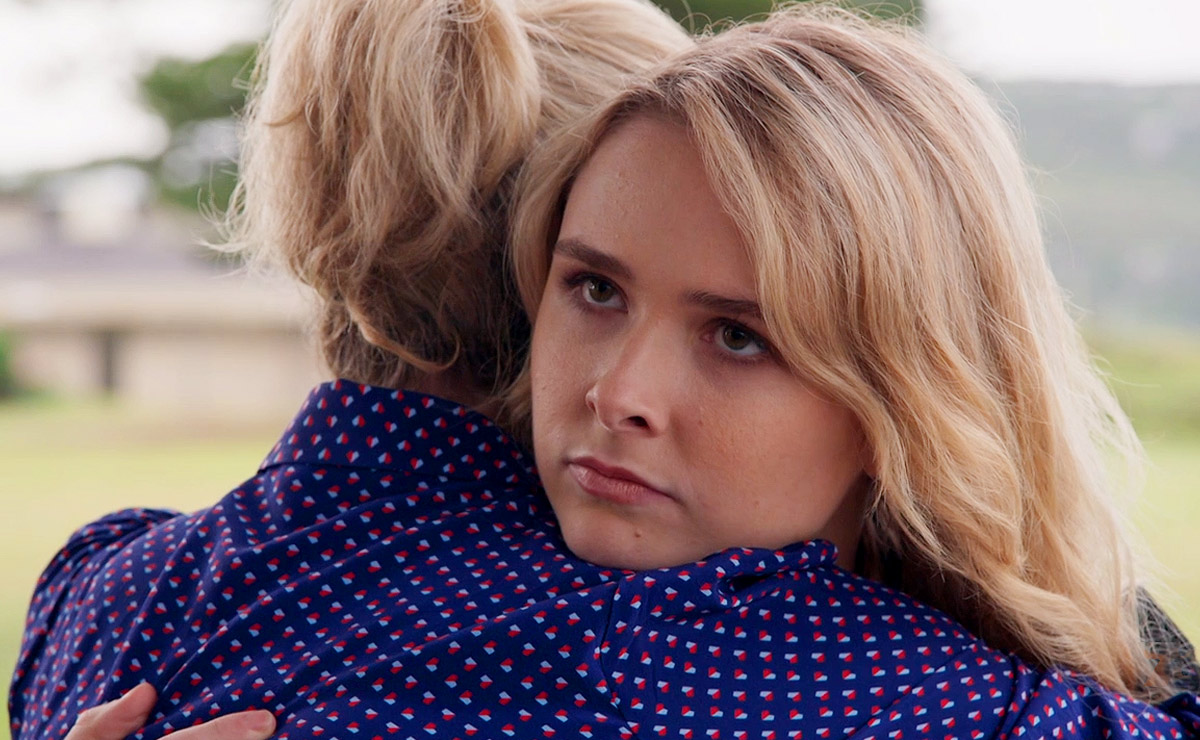 When John (Shane Withington) revealed to Heather that he was once married to Marilyn, he was perplexed when she began to show a sudden interest in him and mentioned their adopted son Jett (Will McDonald) by name. Jett has also been on the receiving end of Heather in the past few weeks, when she sent a message from Maz’s social media account telling him that adopted children are never a replacement for the real thing. 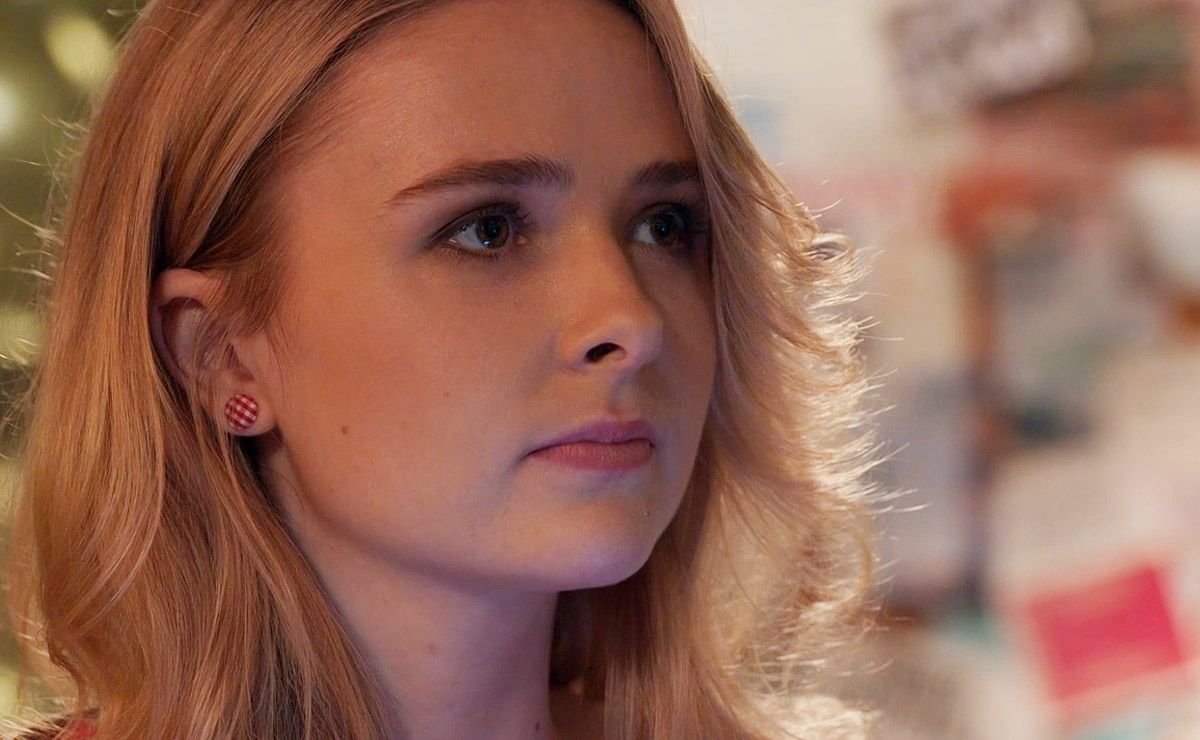 John voiced his suspicions to Irene (Lynne McGranger) that Heather may have been the one to send the message, and the next day Heather caught him searching for her name on the internet. Putting it out there in the open, John told Heather that he knew she was messing with Marilyn, and was determined to find out why. 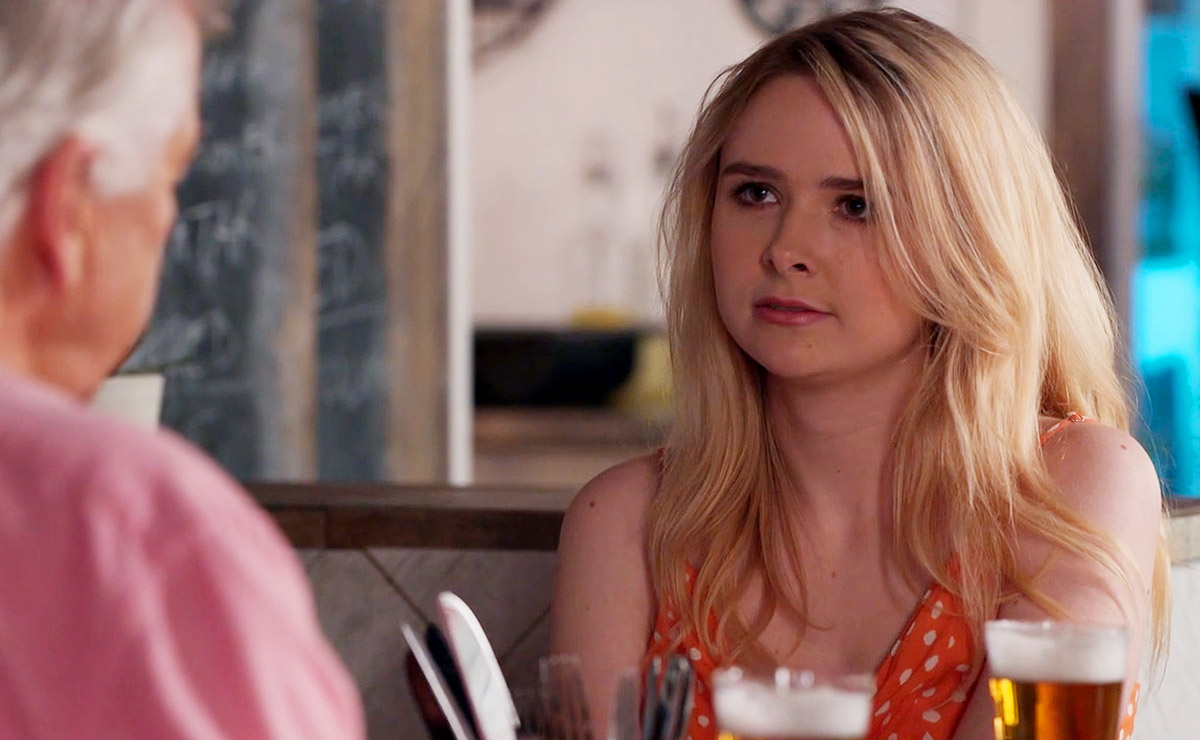 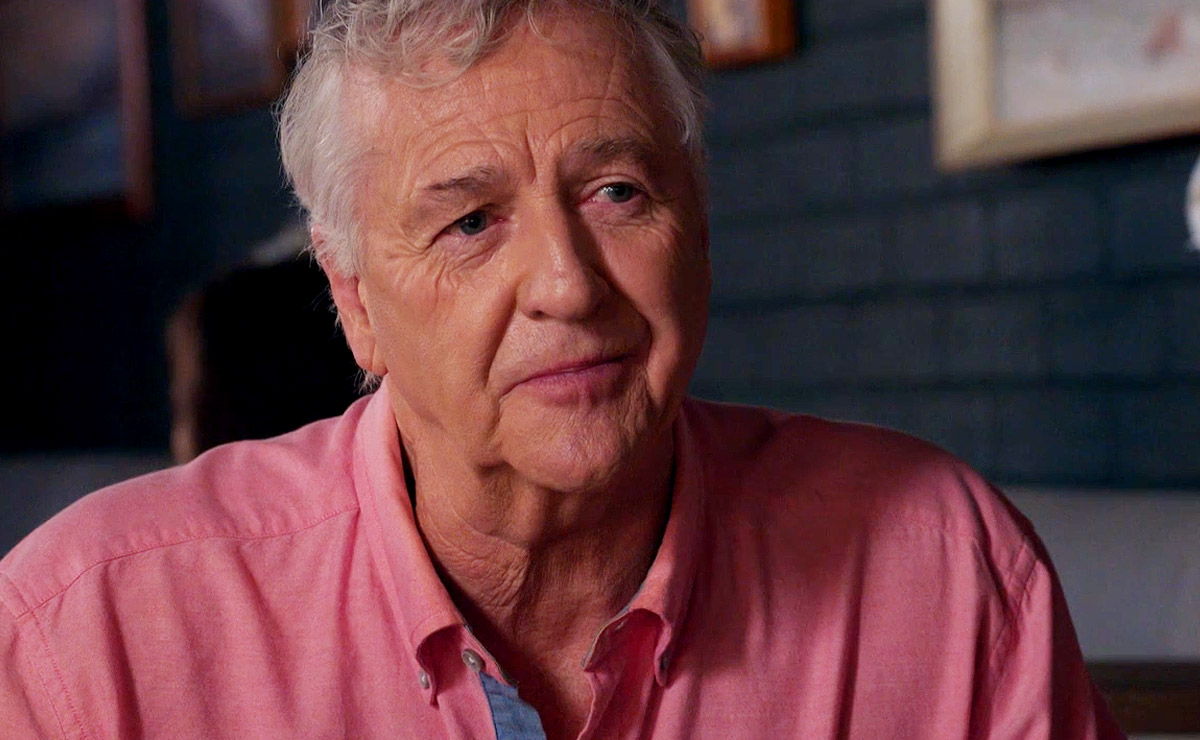 This week, it’s clear that Heather is stepping things up a gear, when she tells Marilyn that she’s been having trouble with John. Marilyn confronts John, who is amazed at her sudden turnaround, and tells him to stay away from Heather. John also warns Nik that the girl he’s seeing is probably not all she seems to be…

Later that day John finds his tyres slashed, and it doesn’t take him long to put two and two together. Confronting Heather in the surf club, she denies all knowledge, stating that she’s been with Nik all day. 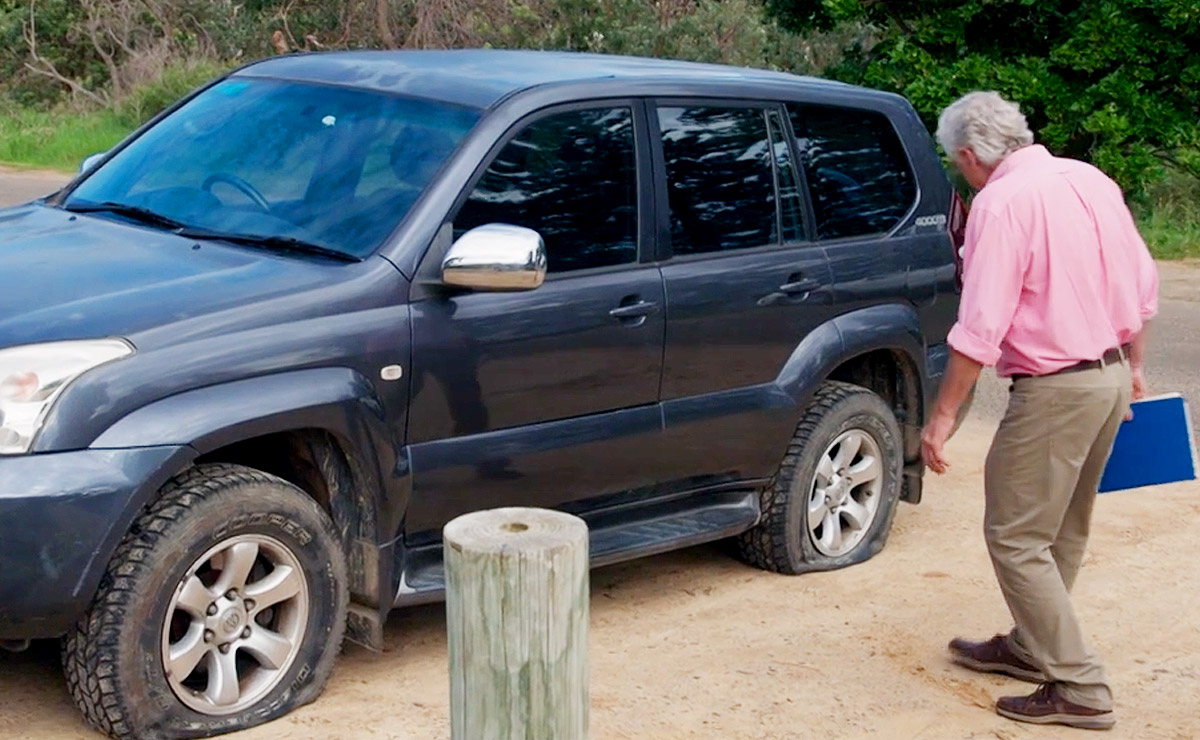 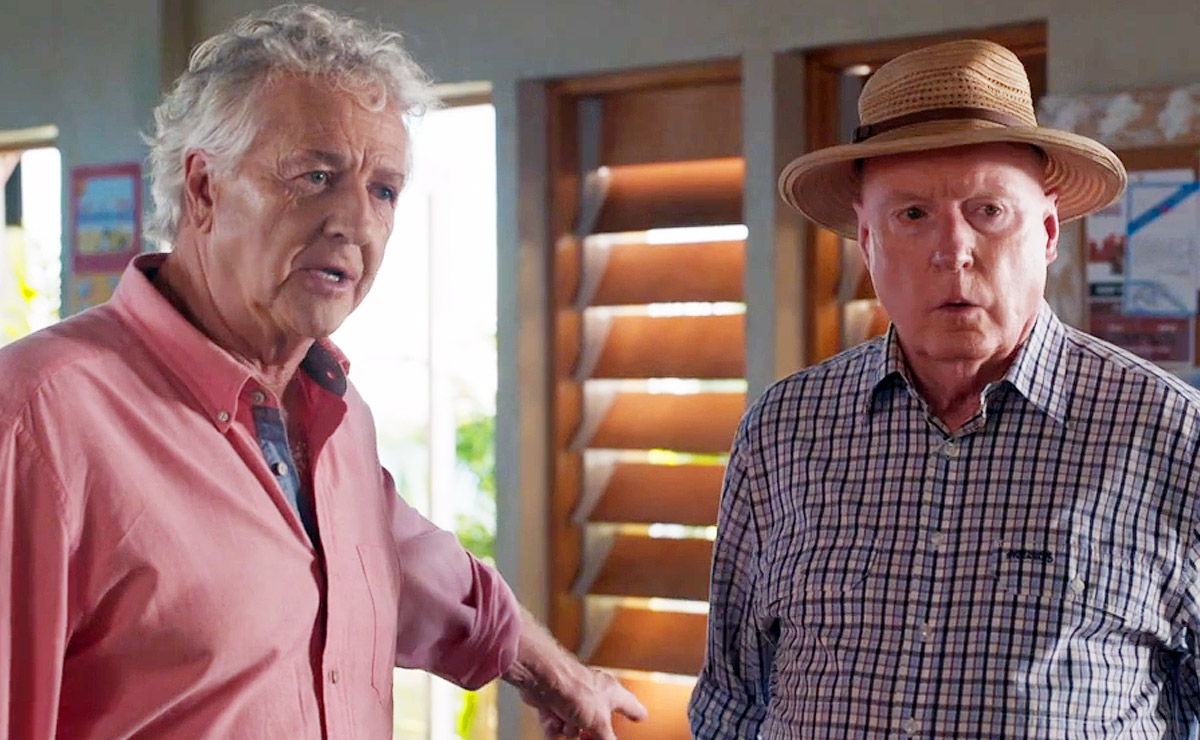 But Nik is standing right by her… and he knows that she’s lying. Suddenly what John said to him is starting to make sense—things aren’t adding up. 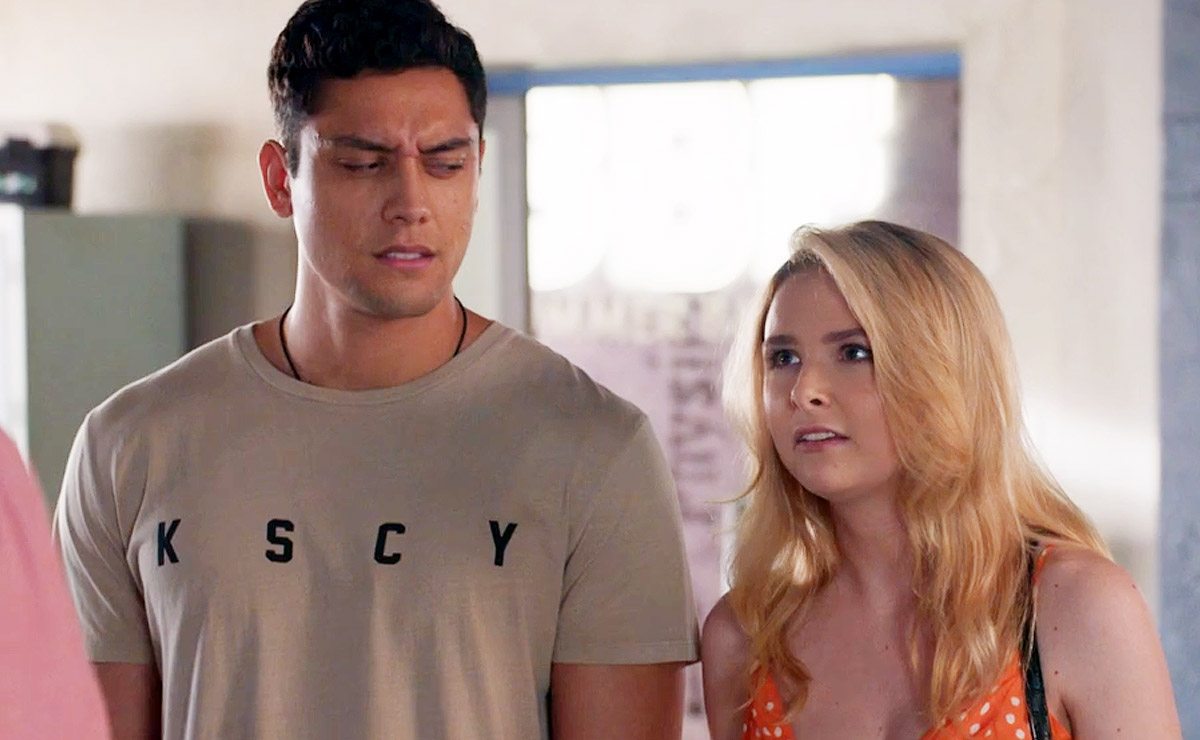 Realising there’s only one out, Heather then confesses to Nik about her true relationship to Marilyn.

Pulling out a sob story about how she only wanted to get to know her mum, she tearfully explains how she never thought it would all go so wrong. As Nik comforts Heather, she gives a wry smile—she’s got him exactly where she wants him. 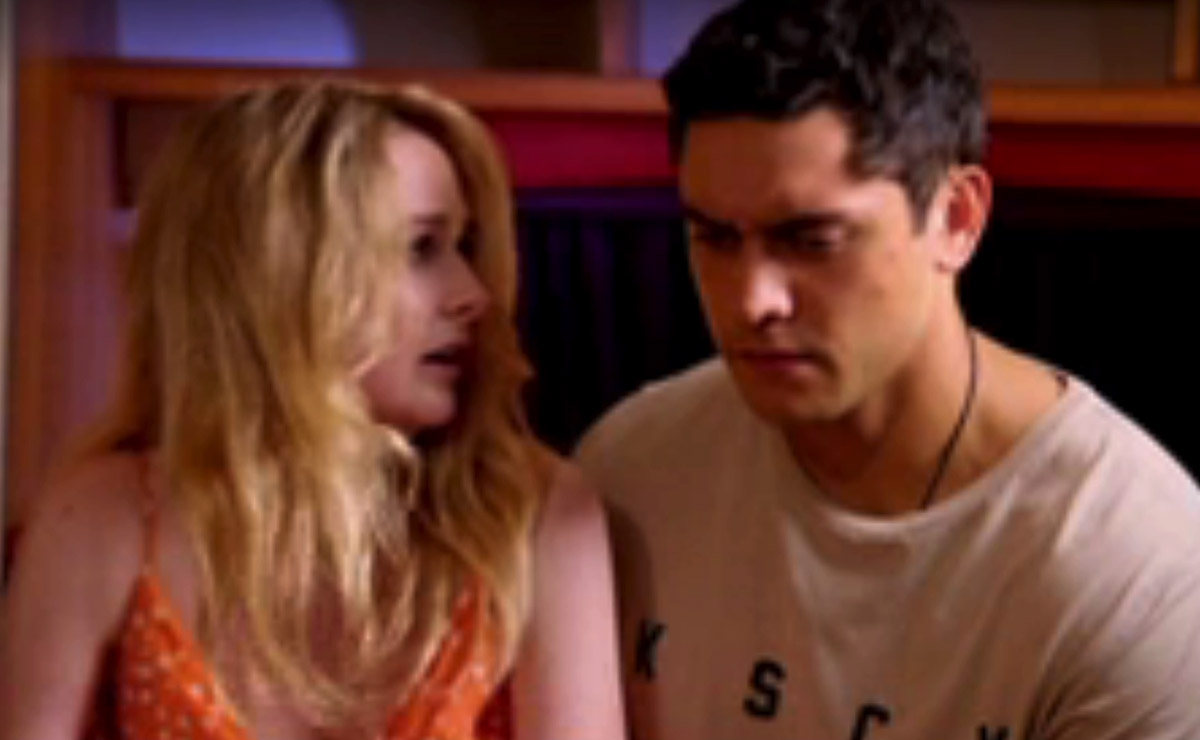 When Marilyn questions Heather about John’s tyre, she’s shocked when Heather declares that she did it for them. Nik later talks to Marilyn himself, explaining that it’s not fair of her to keep Heather as a secret.

There’s shock when, in an attempt to make things up to her daughter, Marilyn decides to announce that she slashed John’s tyres herself! Hoping that her sacrifice will bring them closer together, Marilyn is pleased by Heather’s positive reaction.

With Leah being the only person Marilyn has confided in regarding Heather’s true identity, she tells her the truth about what really happened, only for Leah to then begin questioning Heather’s motives. 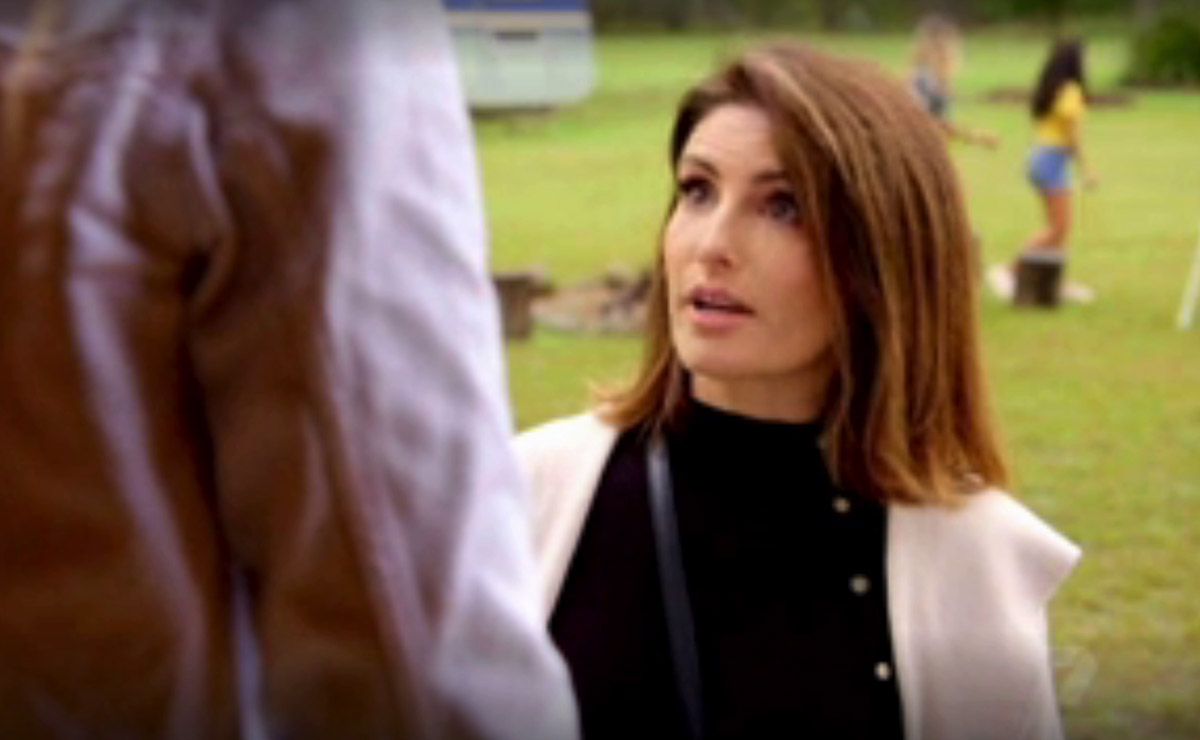 “There have been a few instances where something just feels off about her,” Ada told TV Week. “But Leah feels bad for Marilyn. She knows she’s carrying a lot of guilt and feels she needs to cover for Heather, but Leah doesn’t like how Heather has let Marilyn take the blame for everything.”

Heather’s angry however when Marilyn’s friends seem to forgive her apparent criminal activity in a heartbeat. Is there nothing that will turn them against the supposedly saintly Marilyn?

A visit from Leah, who by now is beginning to see the light, only enrages Heather further. 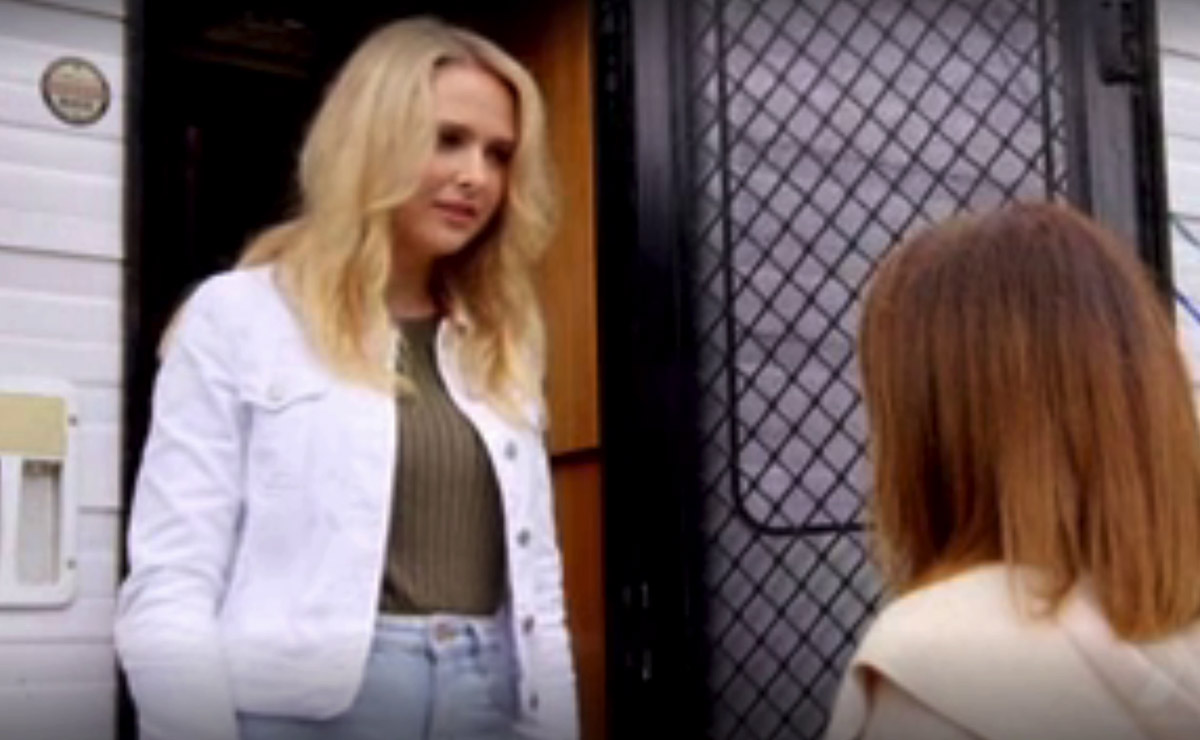 “Leah wants Heather to know she’s on to her, that she knows she’s manipulating her mother and that it’s time to stop,” Ada continued.

Sure enough, when Leah later comes home she finds that she’s also become a target of Heather’s… the house has been trashed! 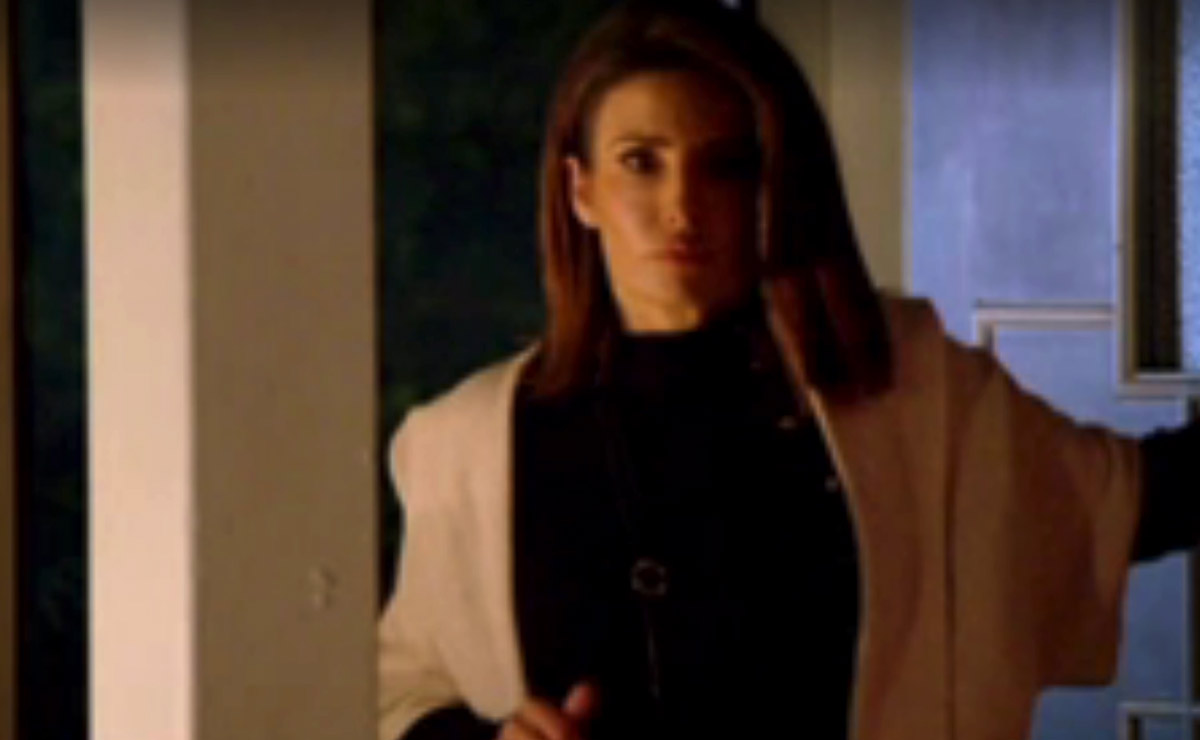 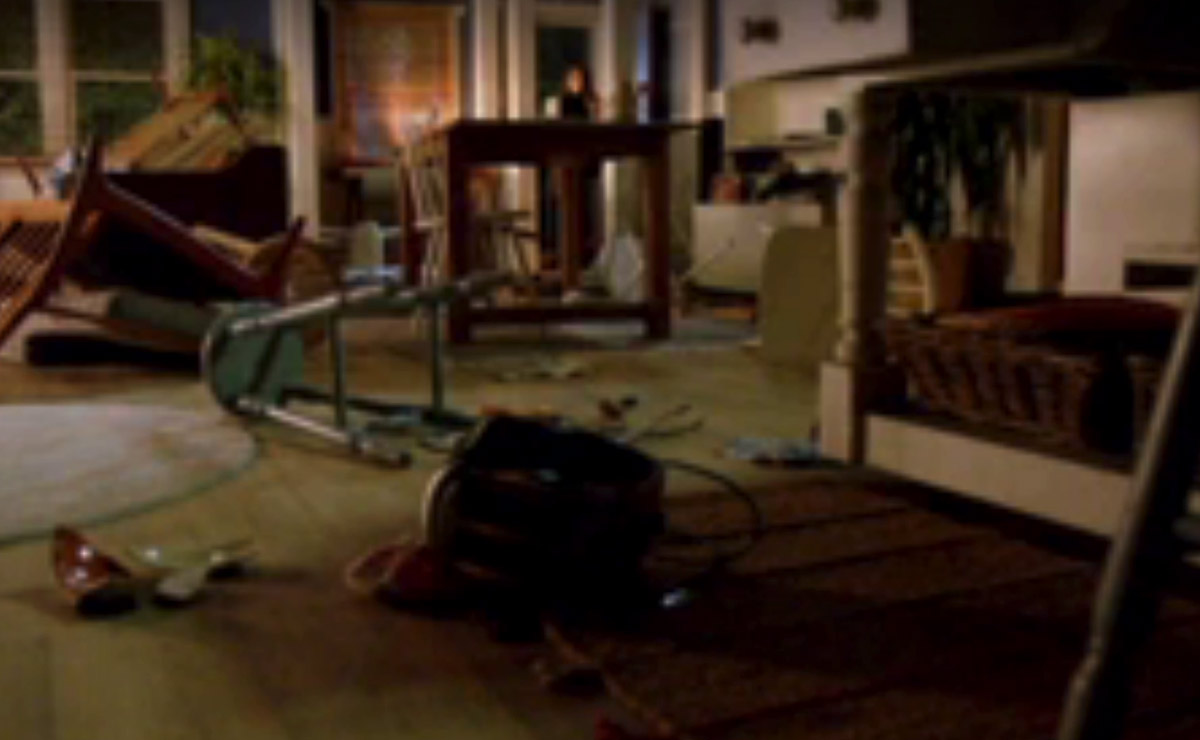 “It really scares her,” Ada added. “She realises Heather is unhinged.”

It’s clear that Heather will stop at nothing in order to get what she wants—is Marilyn herself in danger?

Felicity gives Tane hope for their future. John is the victim of an anonymous attack. Nikau learns Heather’s real identity.

Tane has big plans for Felicity. Xander gets back in the game. Marilyn confesses to a crime.