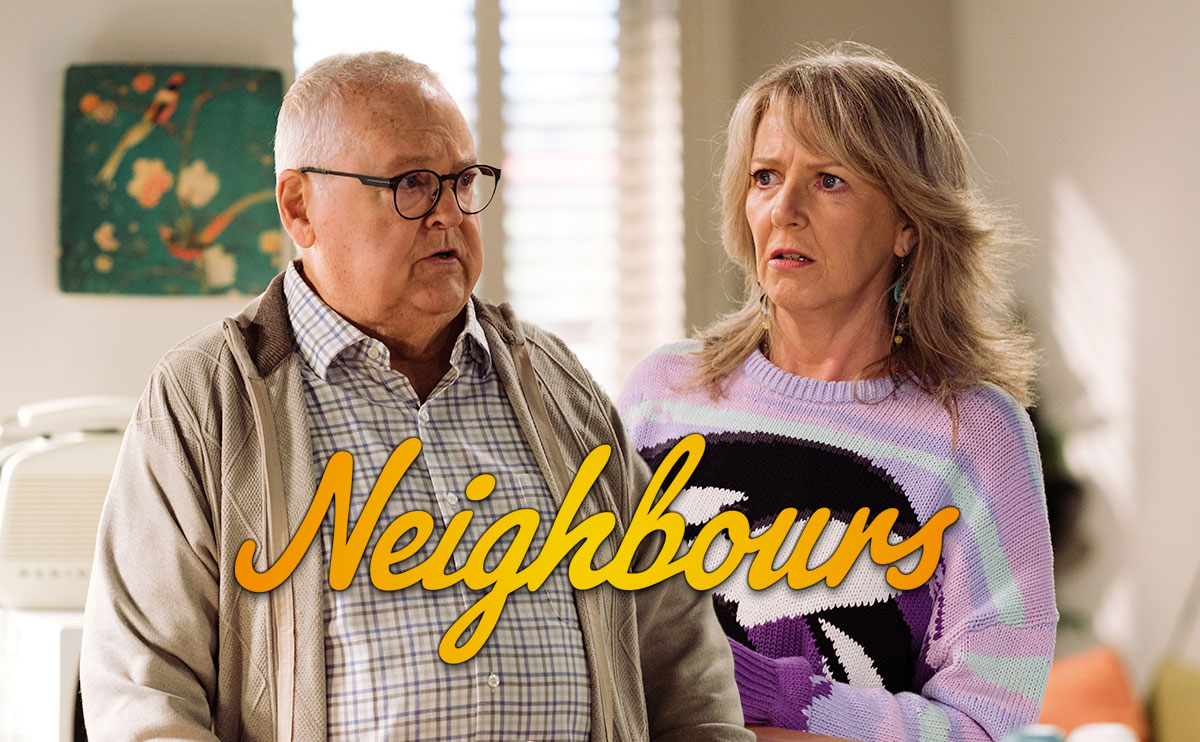 Next week on Neighbours in the UK, Harold heads straight to the source of his fears about Melanie Pearson. Will he be proven right?

These scenes will air in the UK from Monday 11th July, and in Australia from Thursday 19th July. 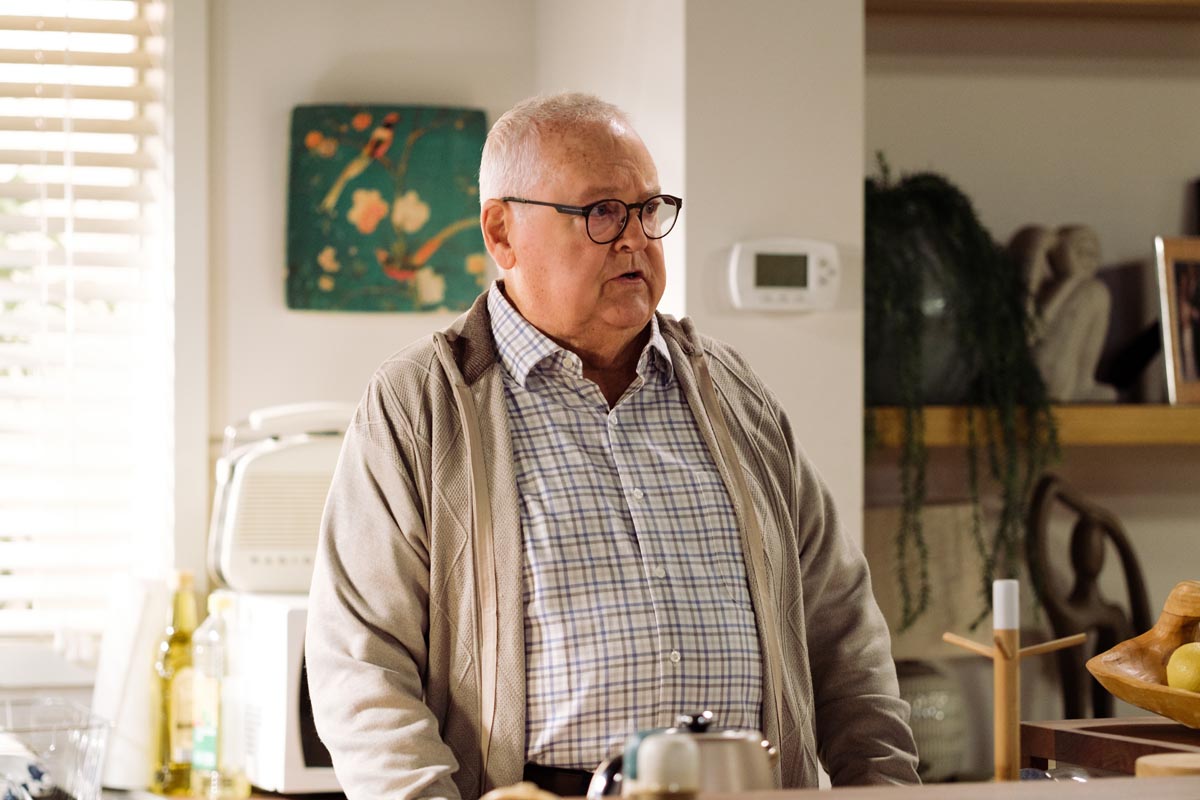 It’s a name that beloved Ramsay Street resident Harold Bishop probably hasn’t thought about for quite some time.

In fact, it’s likely been more than fifteen years since the pair were last in the same room together. Joe (Mark Little) was the husband of Harold’s late daughter Kerry (Linda Hartley), but his last visit to Erinsborough was in 2005 for his adoptive daughter Sky’s 18th birthday.

This week, Harold makes a call to Joe in order to get some dirt on one of Erinsborough’s residents, and he’s in for a surprise.

Ever since coming back to town, Harold has found himself wrapped up in a bit of a dilemma. 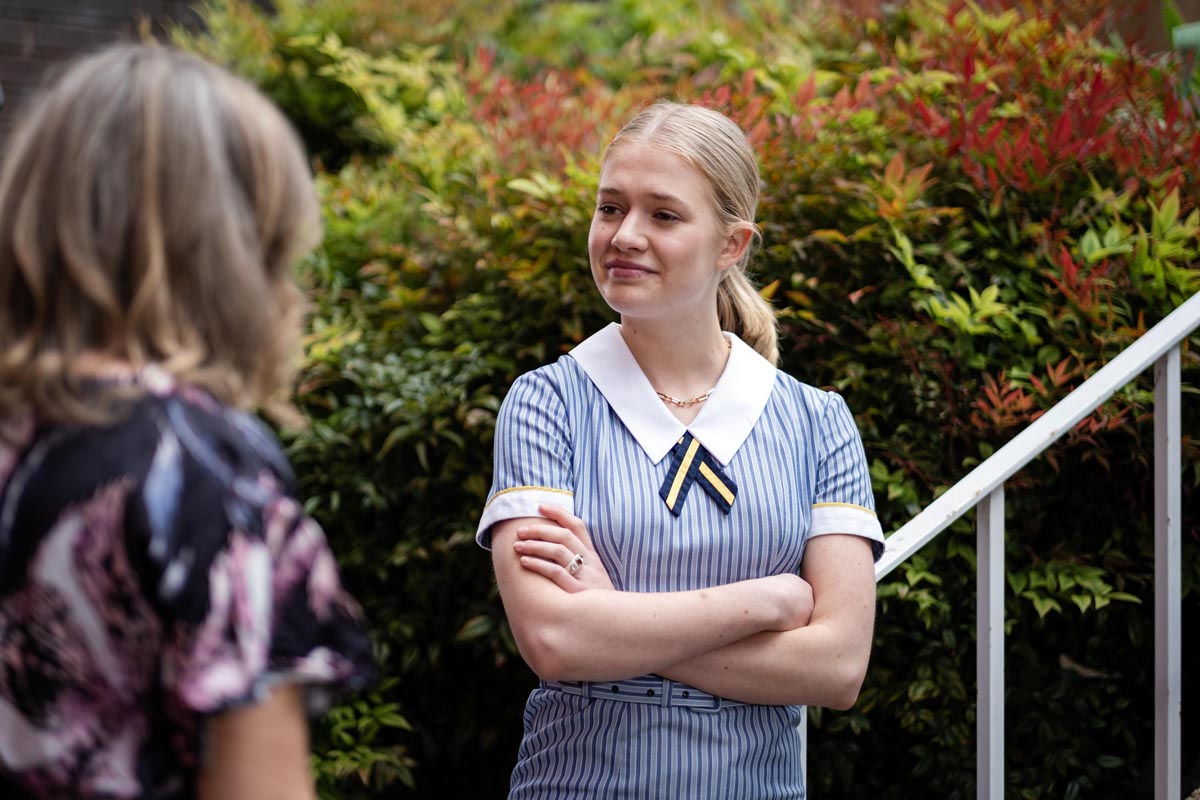 No sooner had he arrived in town than he found himself the confidante of angsty teen Zara (Freya Van Dyke), who was worried about her mother Amy (Jacinta Stapleton).

For some time now, Amy has been pining after her dear friend Toadie (Ryan Moloney). Unfortunately for the mother of three, he’s in a happy relationship with cacophonous Melanie. If that wasn’t bad enough, they live together in the same house as Amy, and they’re engaged.

Enlisting Harold’s help, Zara tried to convince him to help her break the couple up. Although he refused to be an active participant, he offered up his services another way: he would keep an ear to the ground to see if he could find out any information for her.

With the wedding just around the corner, Harold is finding himself feeling uneasy. When it comes to the wedding planning sessions that the couple are having, it’s obvious that Harold is hesitant about getting involved. 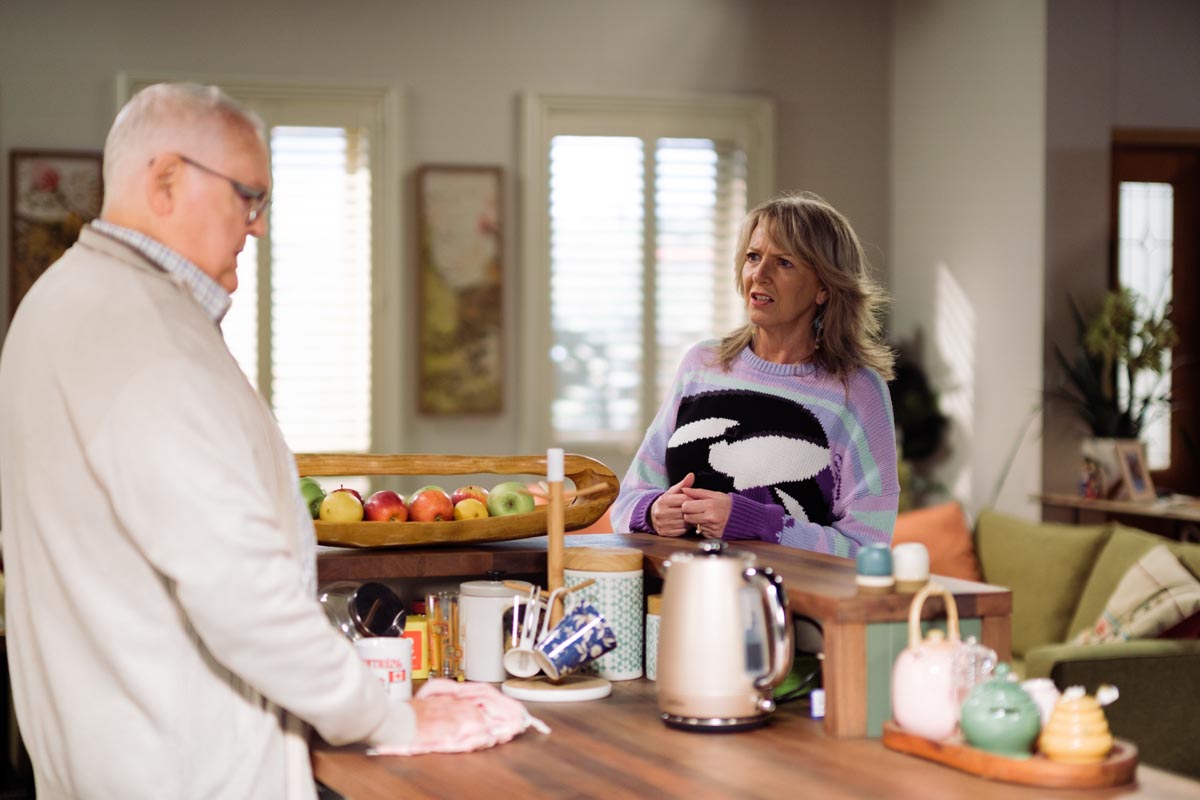 Melanie’s quite in tune with these things and clues onto the fact that Harold is acting suspicious.

Eventually, she approaches him, wanting to know exactly what is going on. 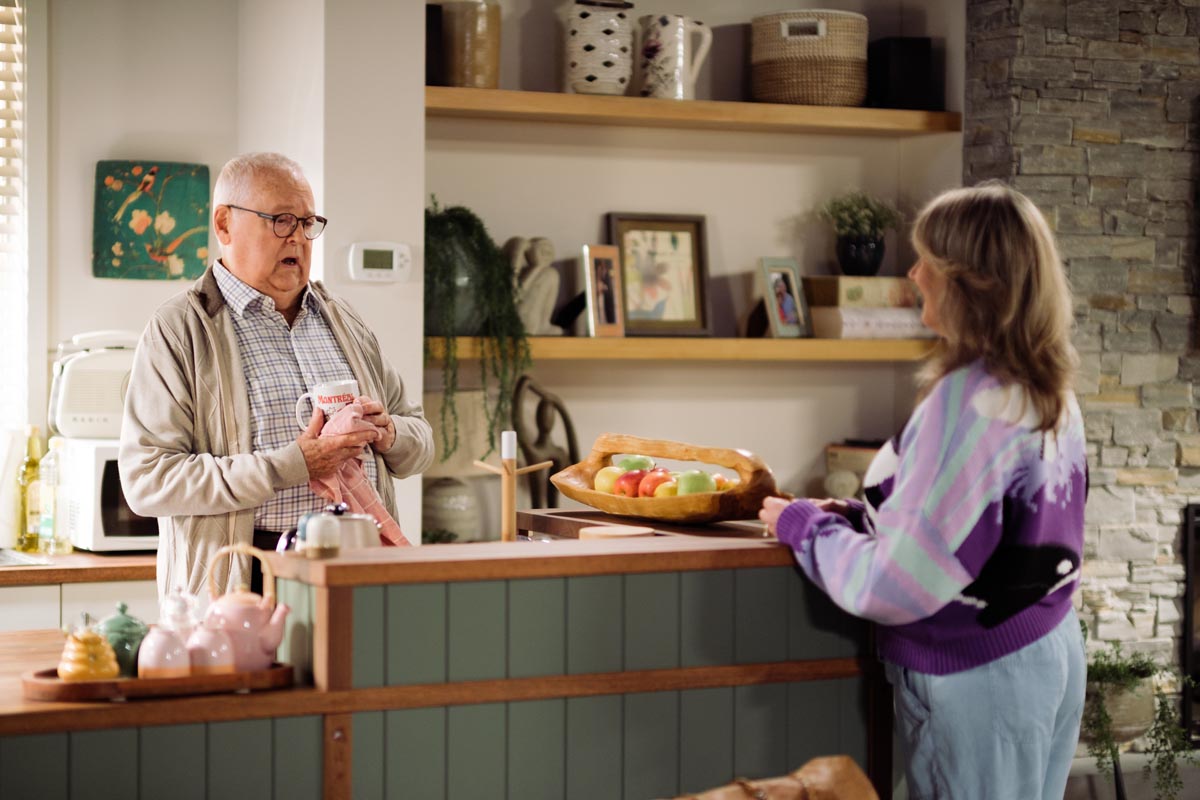 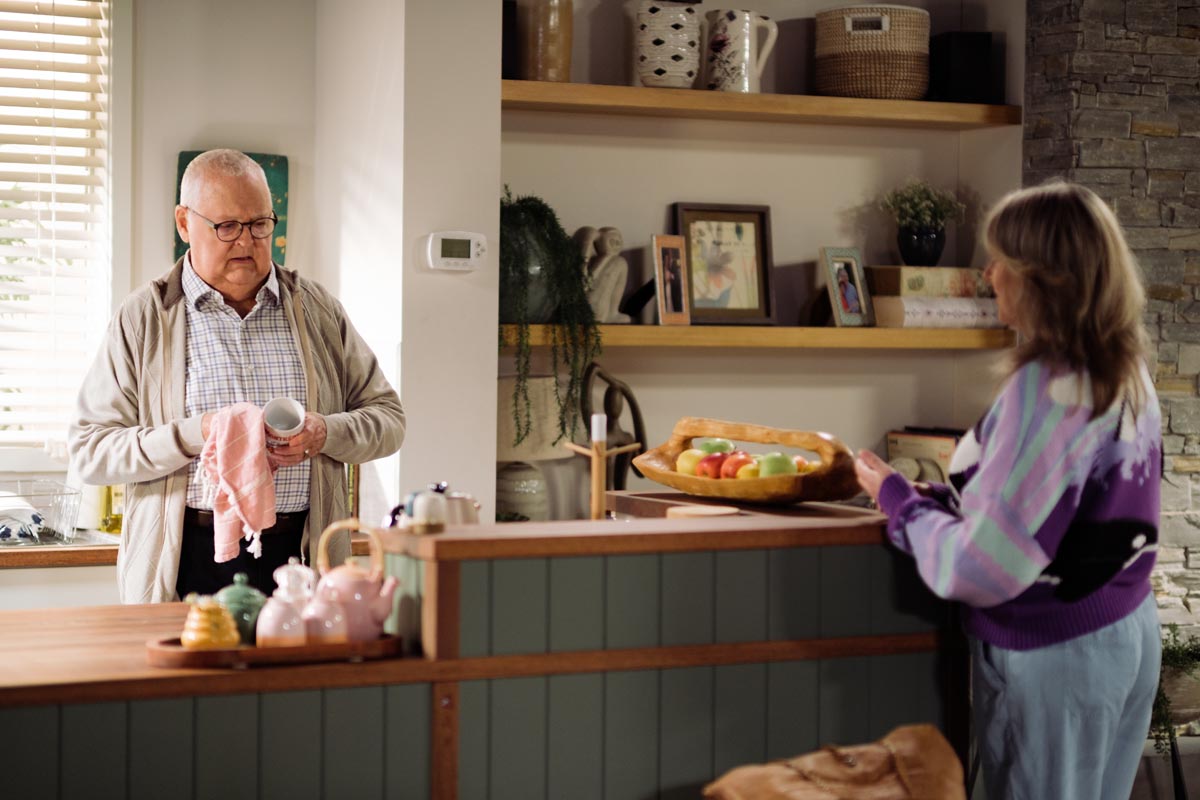 Unfortunately, it’s here that he has no choice but to offer up his truth: he tells Melanie exactly what he thinks about her… and it’s not nice. 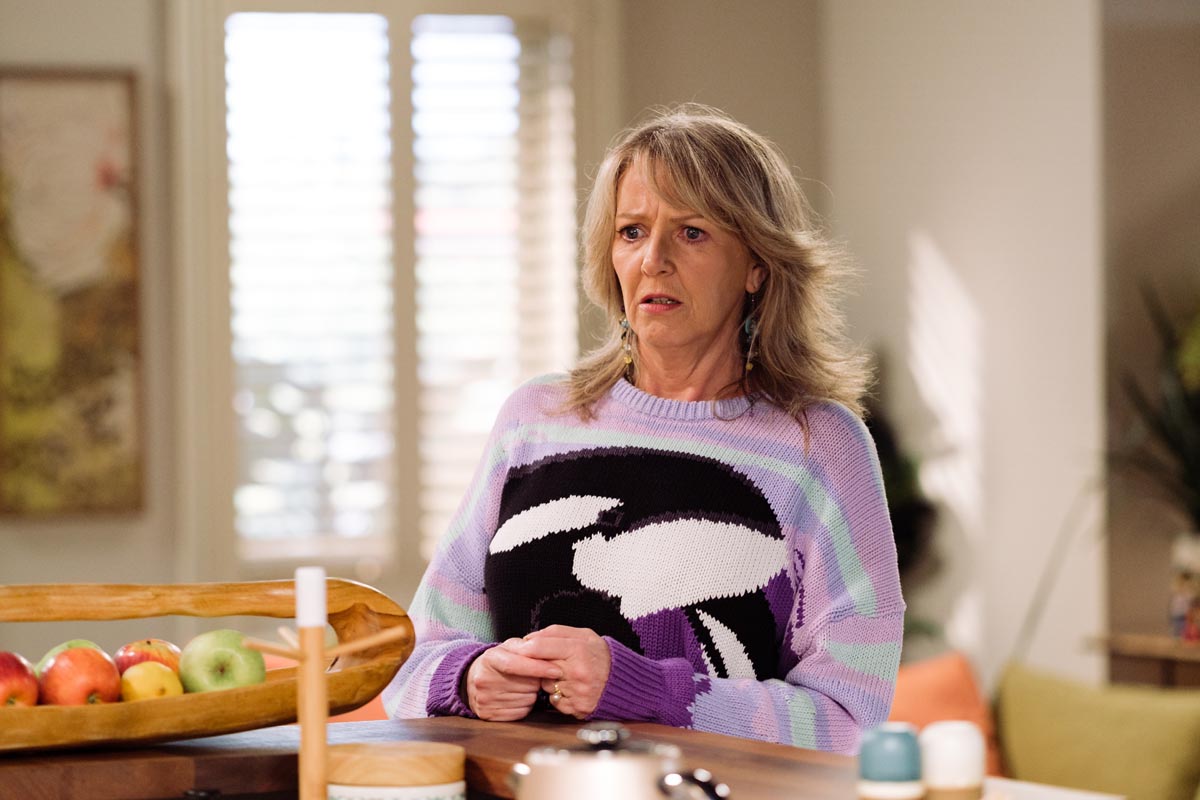 Melanie can’t believe what Harold has just said to her. After all this time, she thought that the pair were on friendly terms, but it seems she was clearly mistaken.

Reeling from his hurtful words, Melanie is forced to plaster on a façade for her engagement party.

As ever, no party in Erinbsorough would be complete without a few dramas and this one is no different. With the shock returns of Mal Kennedy (Benji McNair) and Izzy Hoyland (Natalie Bassingthwaighte), as well as Toadie’s fiery mother Angie Rebecchi (Lesley Baker), the day doesn’t get much easier.

The engagement party draws to a close, bringing to an end the drama of the day. Unfortunately, with Angie hanging around in town, Melanie is forced to cop the brunt of her soon to be mother-in-law’s jibes. Much as she was with Sonya (Eve Morey), Angie is very protective of her son. However, it seems when Angie pushes Melanie one step too far, she snaps.

The gloves come off and it’s World War 3 on Ramsay Street. 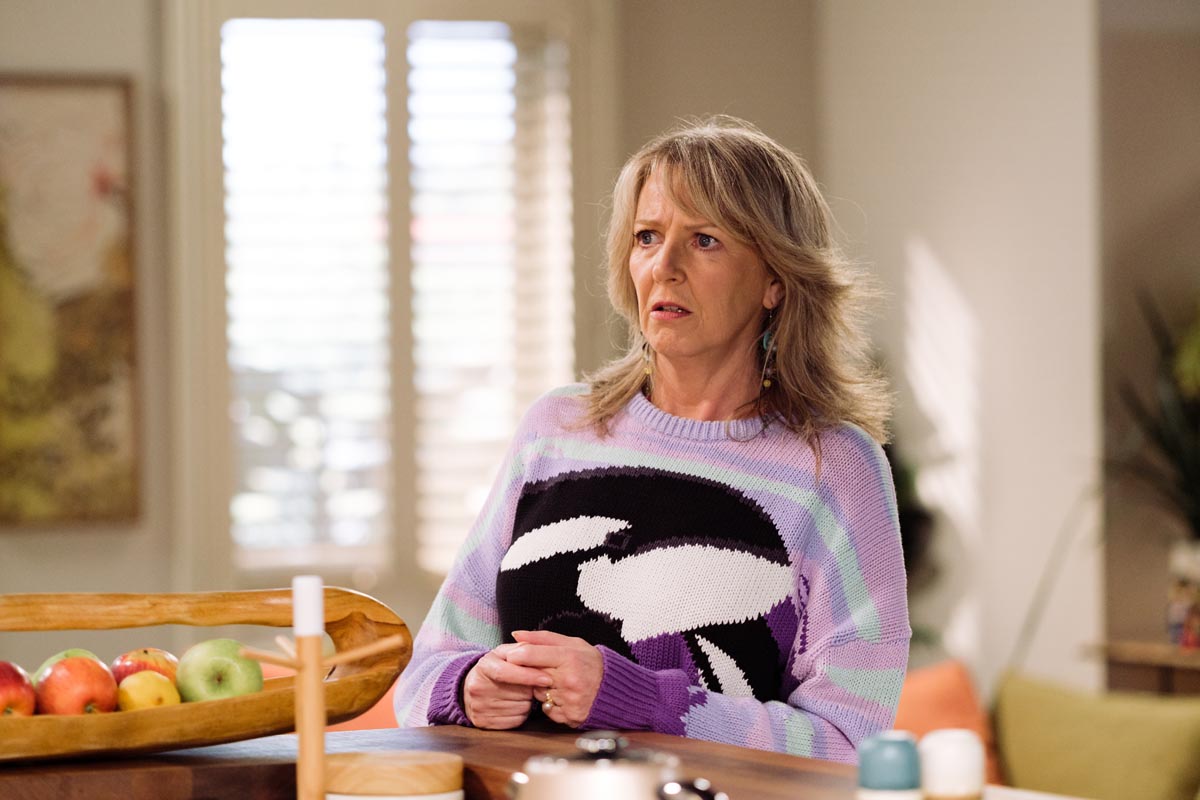 Meanwhile, Harold lets his worries over Melanie marrying Toadie continue to get to him. Worried about what the future may hold, Harold reaches out to an old friend in order to get the lay of the land: Joe Mangel – Melanie’s ex-husband.

However, what Joe reveals changes everything. It seems he may not have been entirely honest about what happened between him and Melanie thirty years earlier. Full of regret, Joe sets Harold straight about why they divorced.

Harold makes his way over to No. 30 with his tail between his legs, to see Melanie and Toadie with an apology.

With the wedding just around the corner, will the couple be able to forgive their longtime friend for his indiscretion?

Who is Joe Mangel? 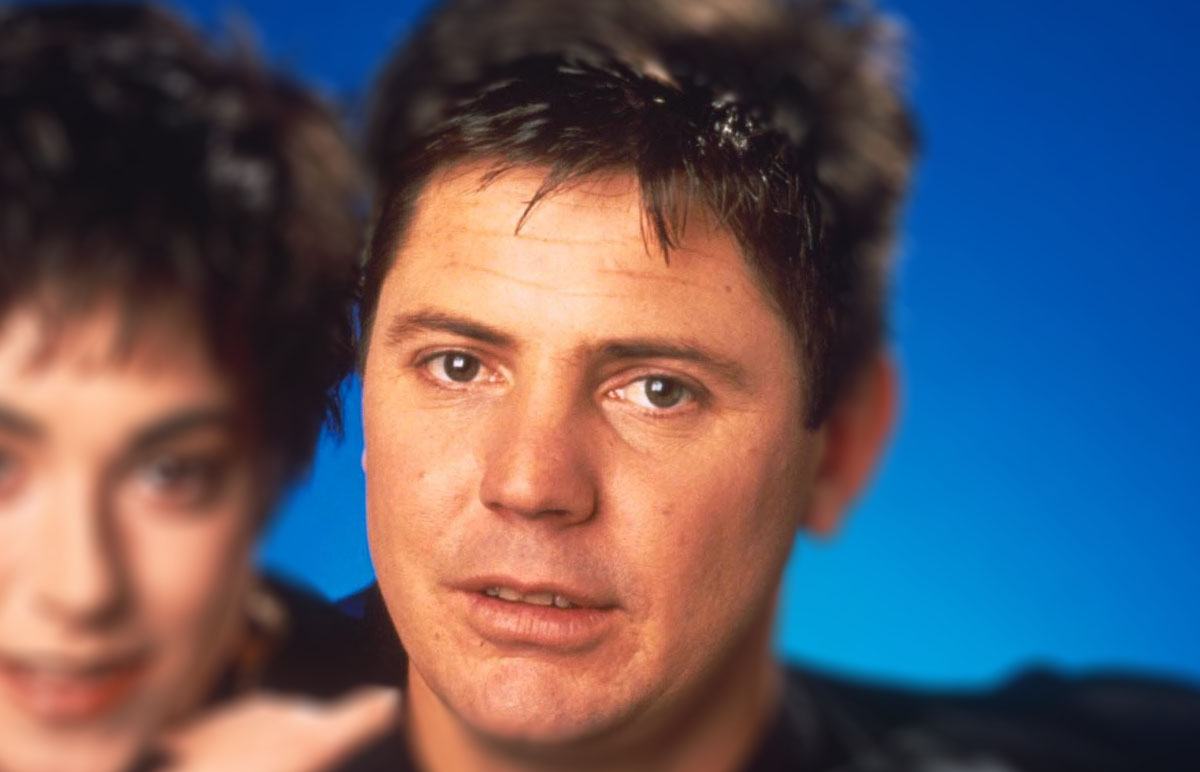 The true blue okka son of Nell (Vivean Gray) and Len Mangel (John Lee), Joe arrived in Erinsborough after being tracked down by his niece Jane Harris (Annie Jones) after his gun was found in the backyard of No. 32.

Not long after, Joe and Mrs Mangel spent time repairing their relationship and eventually he moved in with her. After walking her down the aisle, Joe bid adieu to his mother when she moved to the UK. It didn’t take long before Joe’s life was rocked by the reappearance of his ex-wife Noeline (Lindy McConchie) who brought with her their nine-year-old son Toby (Finn Greentree-Keane).

Although it took some time, Joe and Toby eventually developed a close relationship. 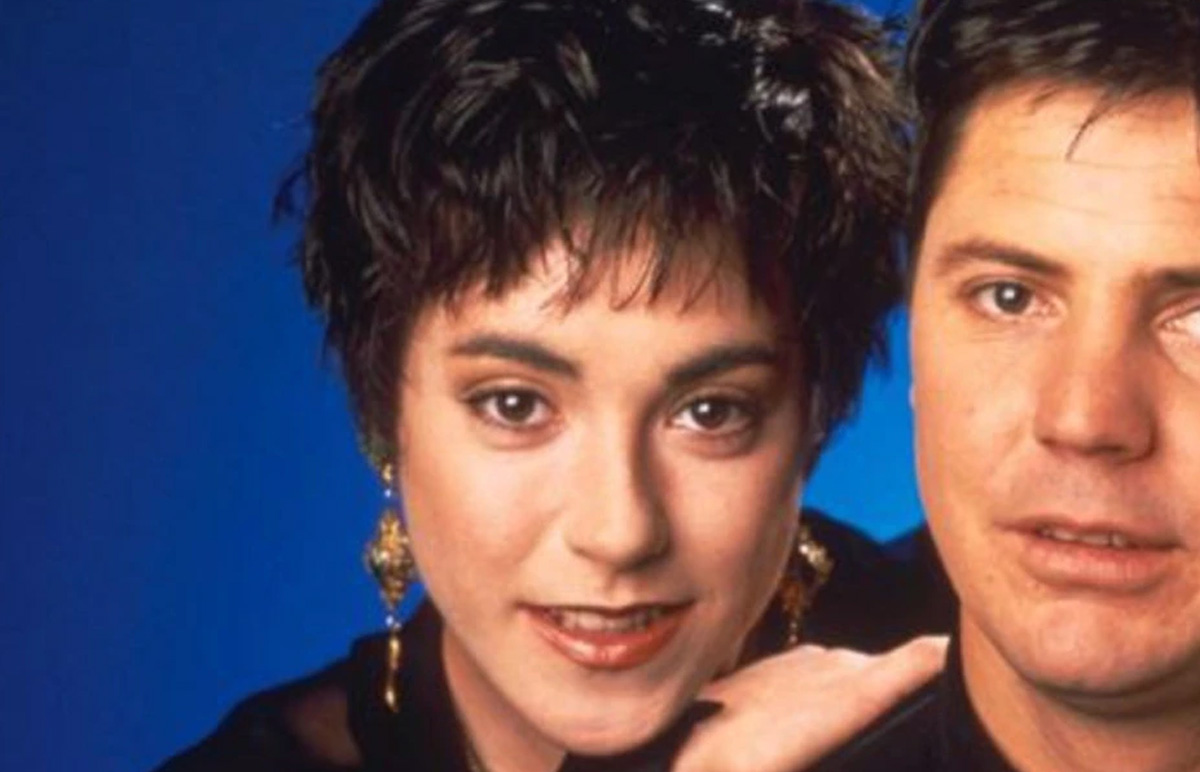 Much to Harold’s annoyance, Joe ended up dating his daughter Kerry. The pair’s relationship blossomed quickly, with the pairing marrying in a butterfly sanctuary surrounded by their loved ones. Tragedy struck not long after when a heavily pregnant Kerry was shot dead by a duck hunter whilst she was protesting them.

This brought Joe and Harold closer. A custody battle over Kerry’s young daughter Sky (Miranda Fryer) erupted, with custody being awarded to her biological father Eric Jensen (John Ley). However, Joe took matters into his own hands, kidnapping Sky. Eventually she was returned to Eric, but Eric eventually gave her back to Joe, unable to cope with raising Sky alongside his new family unit.

Joe soon fell in love with Melanie, and developed a family unit with her, Toby and Sky. They left Erinsborough for the UK, leaving Toby with Dorothy Burke (Maggie Dence), but eventually returned, and Dorothy and Toby followed the three-strong Mangel family to the country. Not long after, Joe and Melanie divorced. 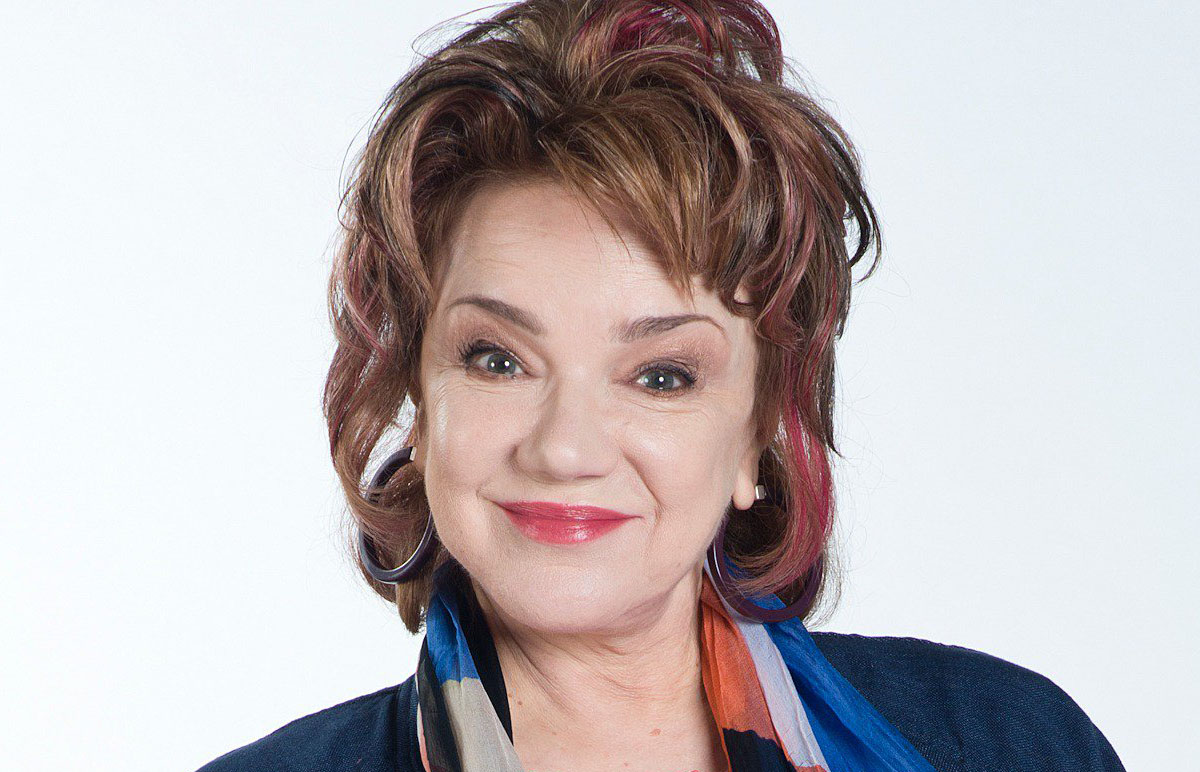 He eventually made the town his home again and found himself in a relationship with Lyn Scully (Janet Andrewartha), with the pair getting engaged shortly after.

After Harold lost his son David (Kevin Harrington) and his family in a plane crash, Joe proved to be a support to Jelly Belly once again. Joe received a call from Toby asking him for help on his farm in Western Australia and Joe moved over to help, ending his relationship with Lyn.

Jane last heard of Joe in 2018 when he called to inform her that Mrs Mangel had passed away.

David’s family realise that he’s in more danger than ever.

Terese suggests to Paul that they put off their divorce settlement so he can focus on family.

David embarks on a risky plan to get out of prison and back to his family.

Clive lets Jane in on a shameful chapter of his past.

With Emma subdued, it’s only David left in danger…

An old friend shows up in town with an intriguing proposition for Paul.

Harold is pushed to admit the truth.

Paul grows excited at the idea of going into business with an old friend.

The Kennedys are rocked by another surprise return.

Melanie takes on a big fish.

Also next week… Nicolette catches Clive in the act 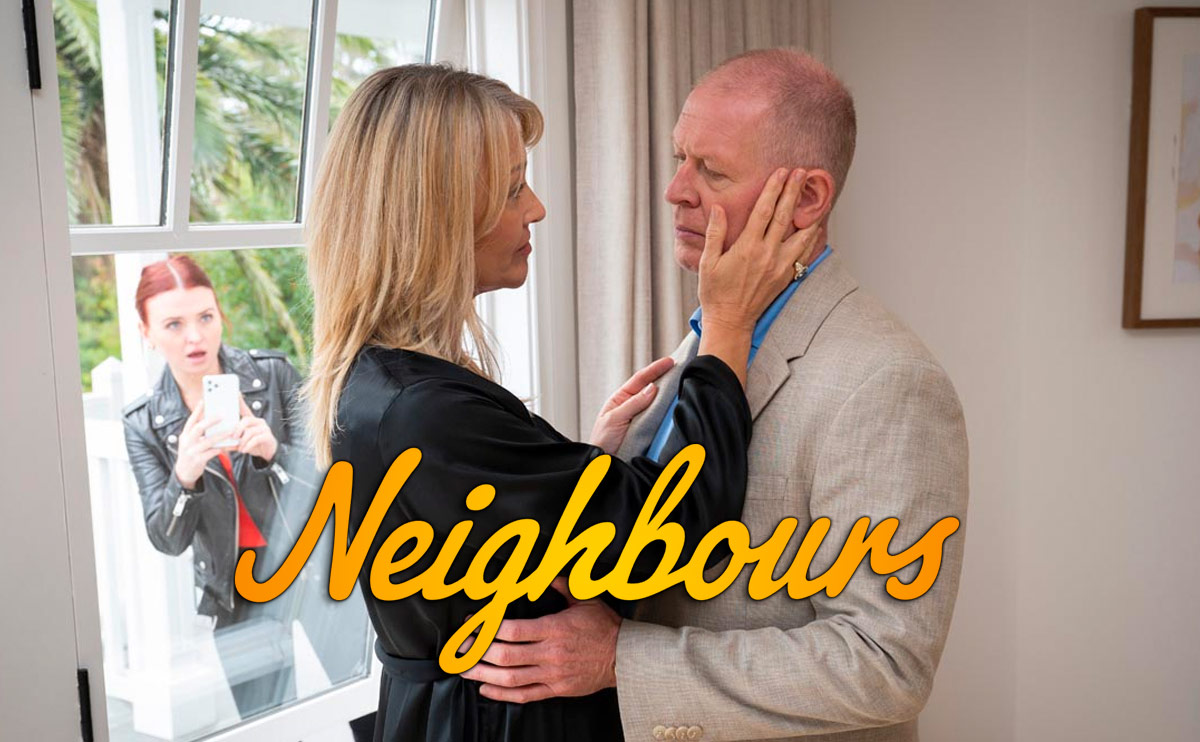 Next week on Neighbours in the UK, as Nicolette and Byron accuse Clive of cheating on Jane, he reveals a shocking chapter from his past.