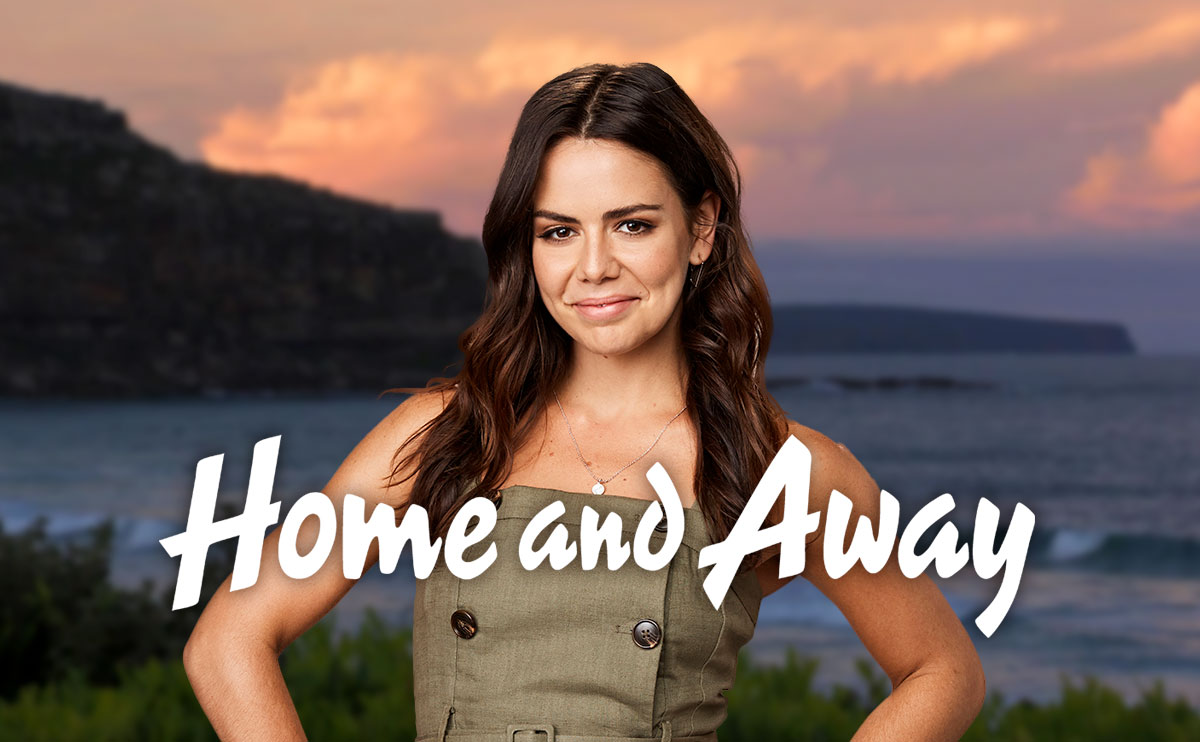 Coming up this week on Home and Away in Australia, Mackenzie turns to the dark side in order to raise some much needed cash for Salt…

Mackenzie Booth’s (Emily Weir) business enterprise has been slowly sinking over the past months, all stemming back to the evening of the gas attack back in October.

The expenses of the cleaning and decontamination of Salt, as well as all the supplies which had to be scrapped, have taken their toll, and Mac has been waiting for an insurance payout to help recoup those costs.

Unfortunately, when Mac finally heard back from her insurance two weeks ago, she was informed that they were refusing to pay out. 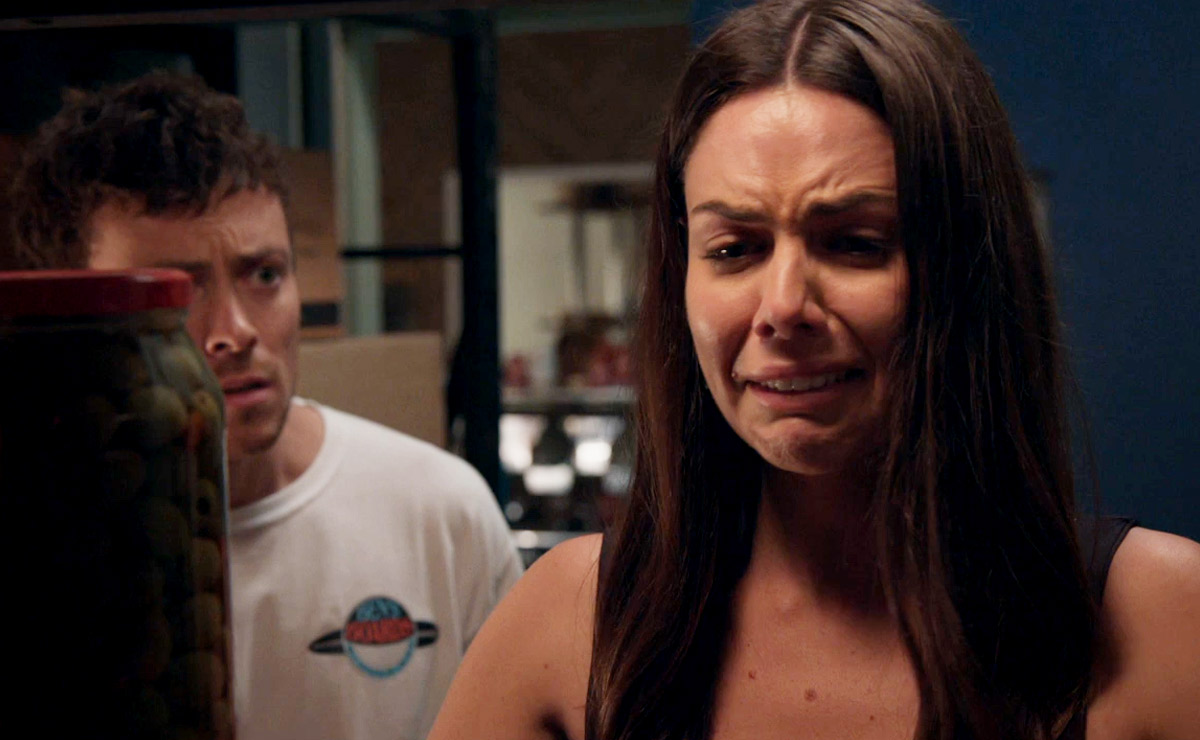 Mac tried to put on a brave face, but her sudden decisions to scrap Ryder’s (Lukas Radovich) new cocktail menu and stop brother Dean (Patrick O’Connor) from claiming drinks on the house baffled everyone.

After breaking down, Mac eventually admitted to Dean that she was broke. All the time she had taken off as she struggled to cope following her miscarriage had been bad enough, but the gas attack at Martha’s fundraiser was what really finished things off.

Dean suggested to Mac that she could speak to their father, Rick Booth (Mark Lee), but Mac refused to grovel to him. Dean later made the mistake of ringing him himself, only for Rick to then contact Mac to gloat about her failure, adding insult to injury by offering to buy the restaurant off her at a discount price. 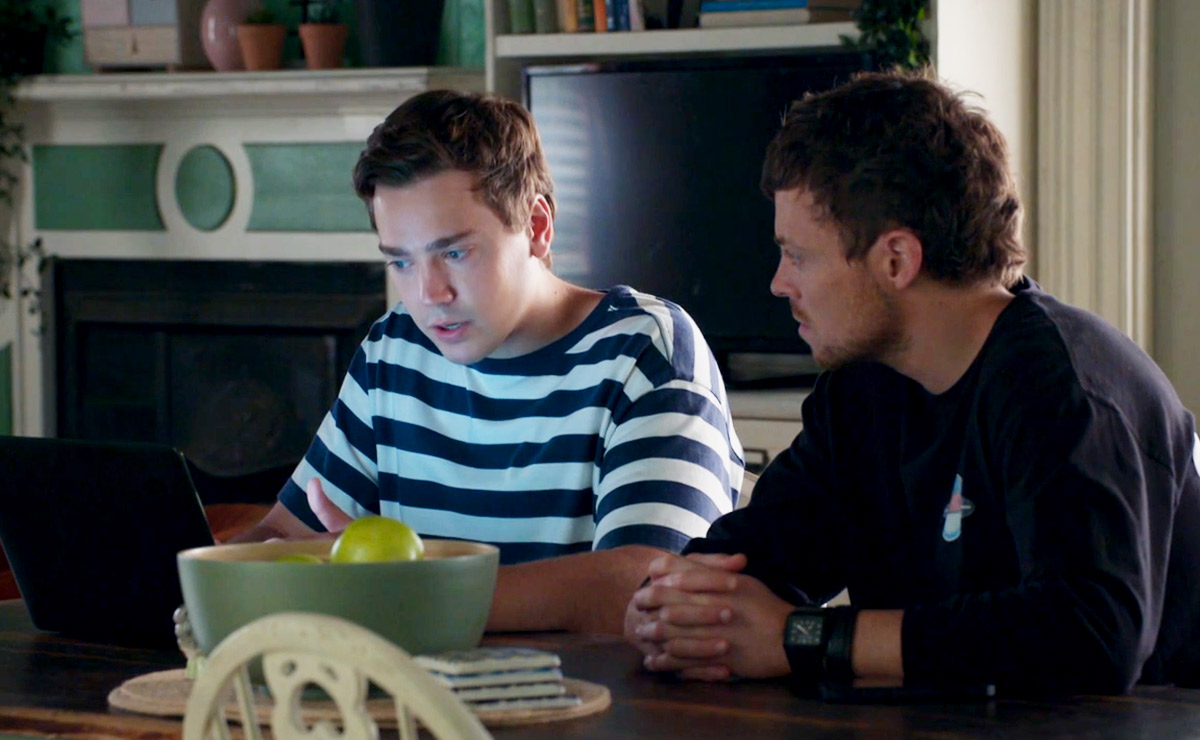 In the meantime, Ryder had discovered the letter from the insurance company, and when he and Dean looked over the Salt accounts behind Mac’s back, they realised that the business was running on fumes—the only money going out was the staff wages, and that was from the overdraft.

Although Ryder’s position was safe for the moment, albeit with hugely reduced hours, new bartender Felicity (Jacqui Purvis) was the first staff member to lose their job, on a last in, first out basis. But Flick refused to accept Mac’s decision and continued to work, despite Mac’s assurance that she wouldn’t be paid for doing so. 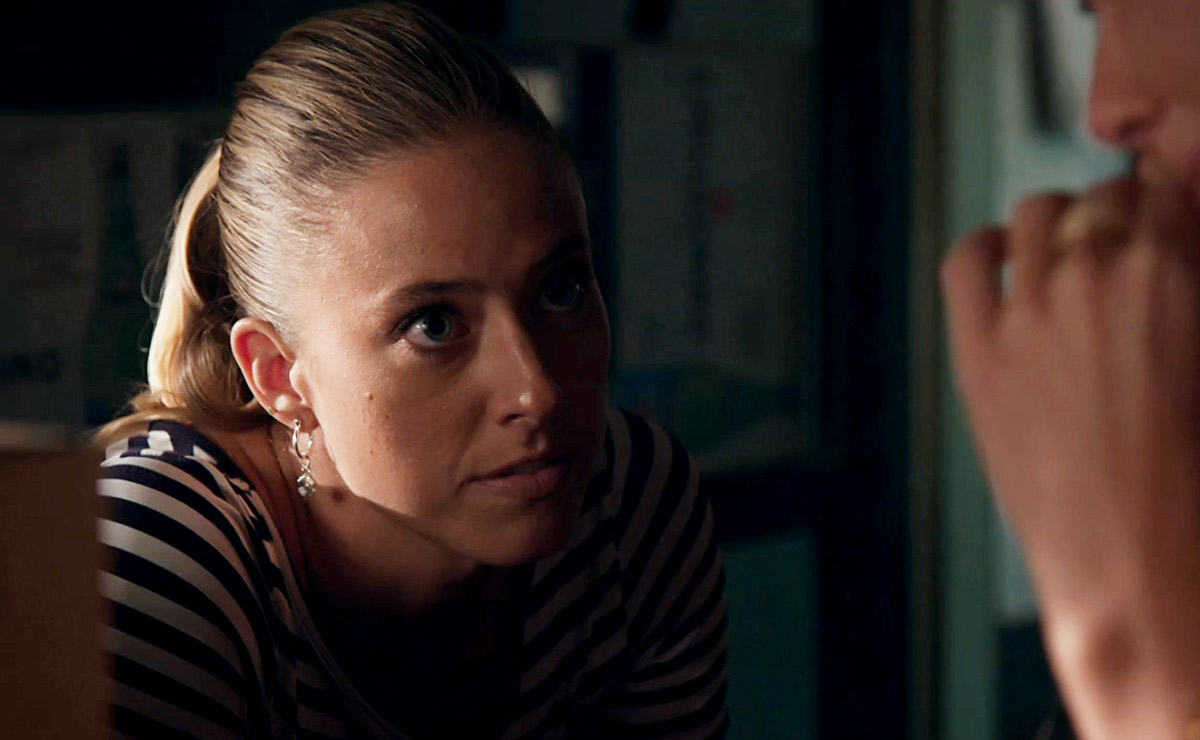 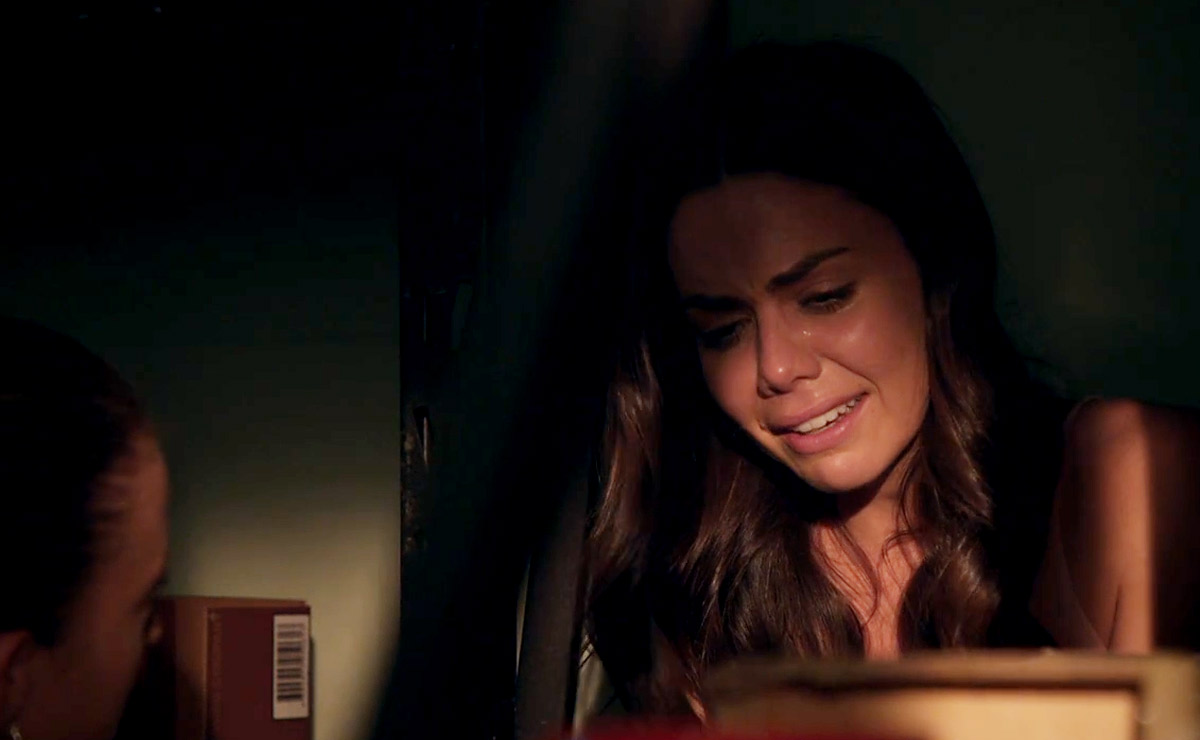 It was only when Mac broke down in the storeroom again that Flick learned the truth about what was going on, and took Mac back to the caravan park for a beer. 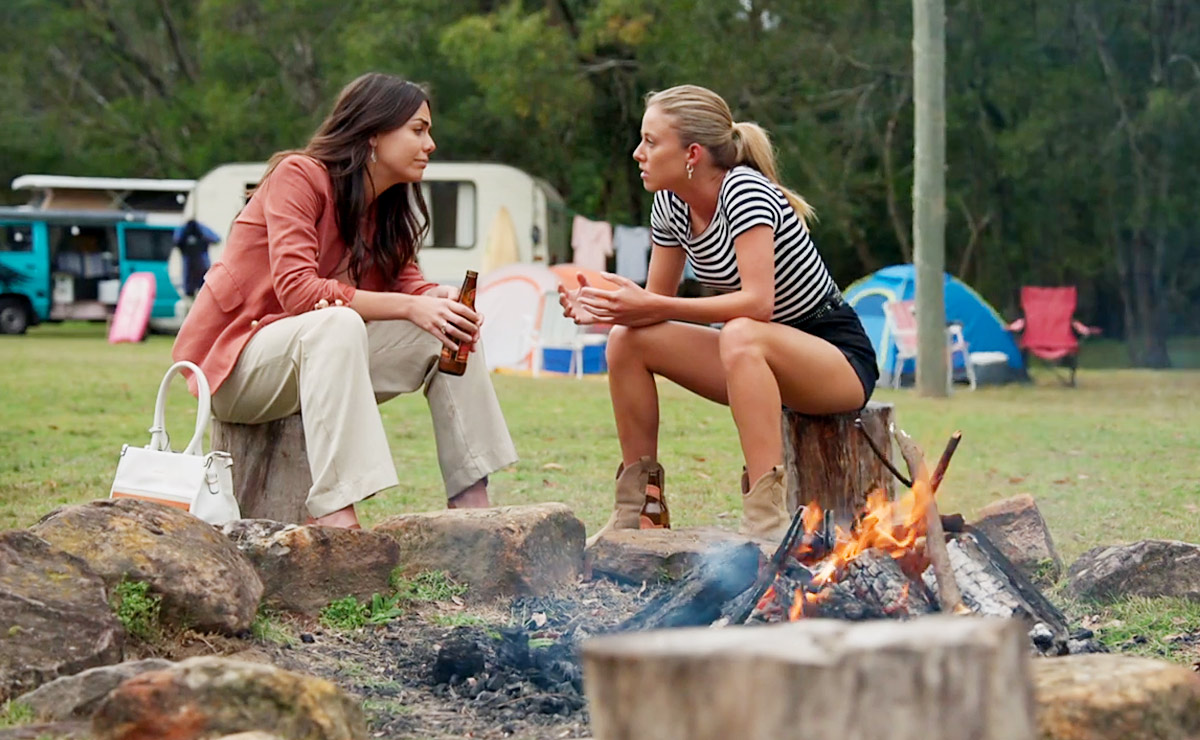 Flick made a suggestion that they should hold an after-hours casino night at Salt, something they’d done in her days working at the club, despite it being illegal. Mac was very clear that it would have to be a firm no, and instead she and Ryder started working through the rosters and simplifying the menu to cut costs. Dean also assisted by gifting Mac a lump sum of cash, just as she’d done for him with the board shop, she admitted that it would only keep them afloat for another week.

All this time, Mac has been keeping the truth about her financial situation from boyfriend Logan (Harley Bonner). Whilst Logan noted to Dean last week that he’s barely seen anything of Mac recently, due to her being at work, he took it as a good sign—business must be booming! 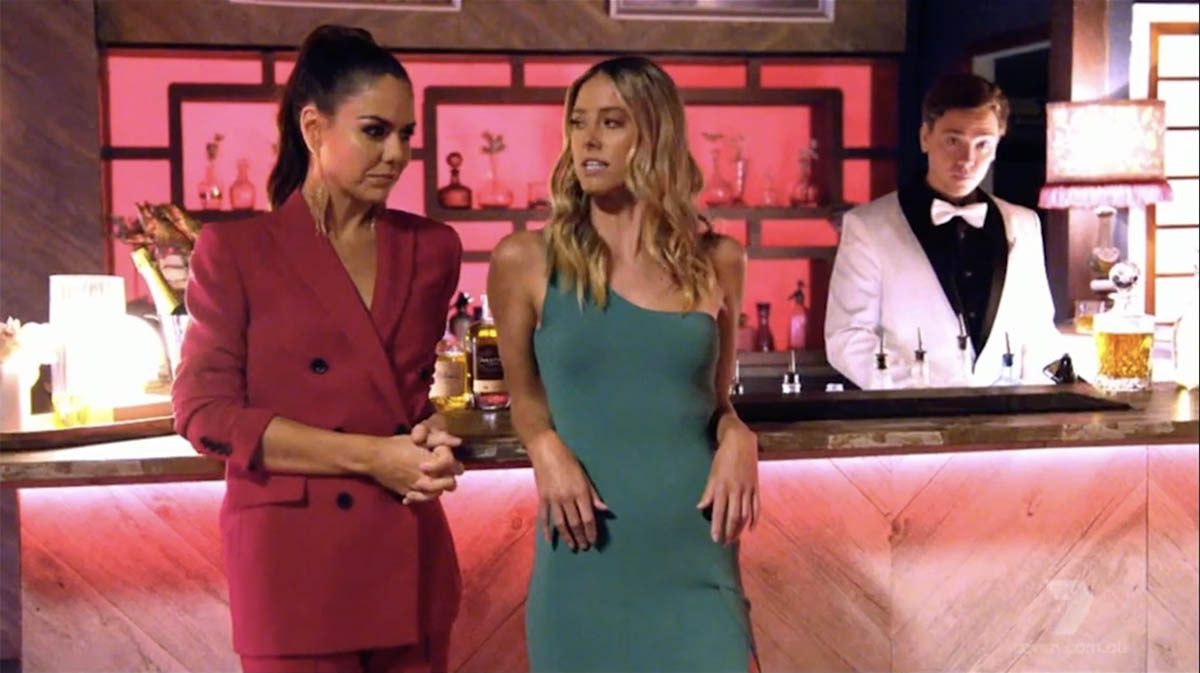 This week, Mac is forced to rethink Flick’s suggestion when debt collectors arrive at the restaurant, no doubt from one of Salt’s many suppliers who are awaiting payments. Flick had told Mac that her former boss could make up to $10,000 a night from the illegal casino evenings, and with no other options presenting themselves, Mac gives in.

“Financial stress makes people behave completely out of character and this is true for Mackenzie in this case,” Emily told TV Week. “The poker nights seem like a quick and easy solution to her massive burden.” 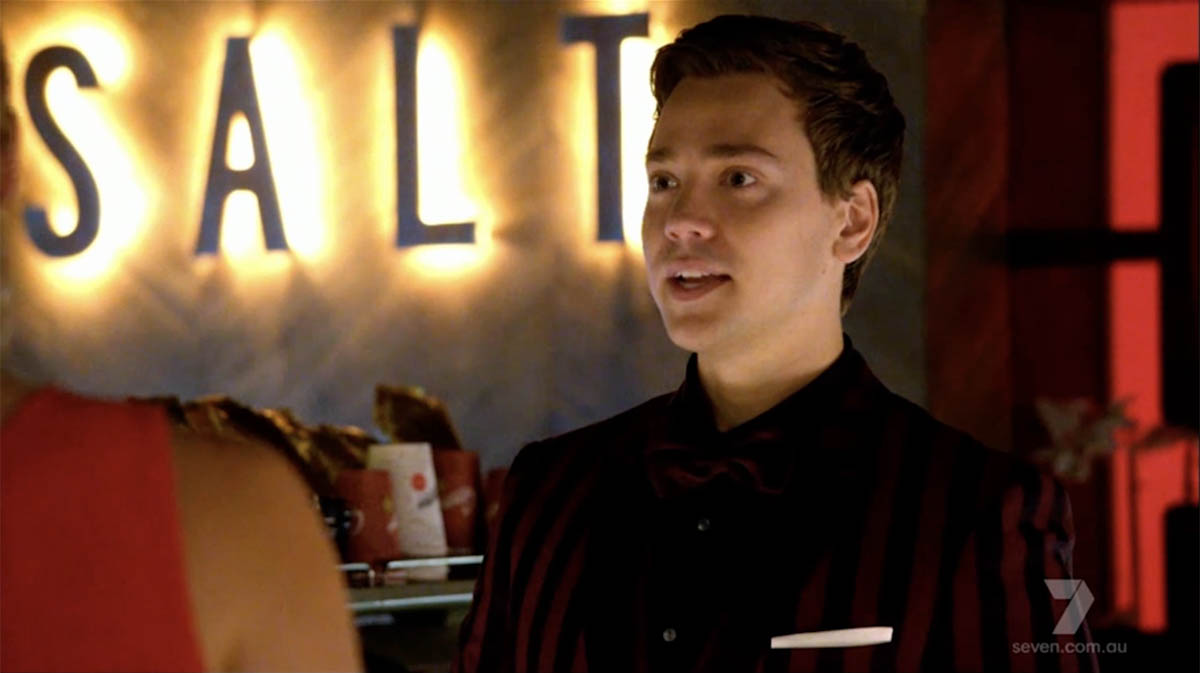 Mac, Ryder and Flick all join forces in hope of saving the restaurant, and whilst Ryder offers up his classiest bartender skills, Flick is able to use her contacts to invite some of the areas hotshots to gamble away their wealth. 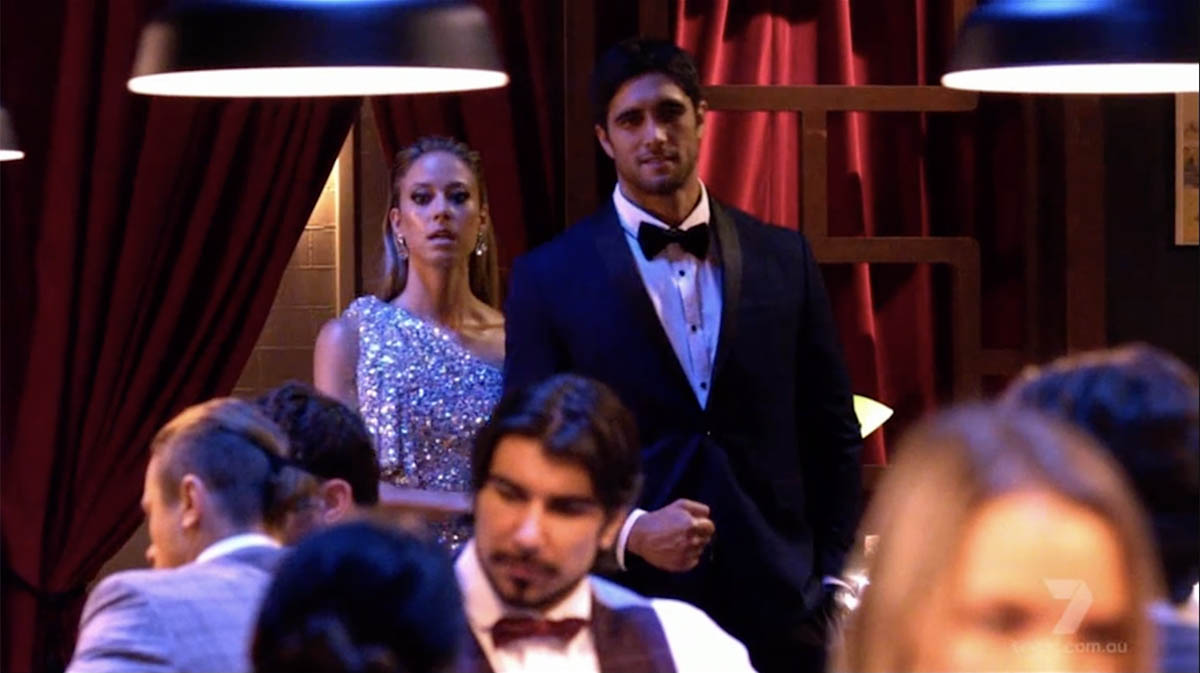 Flick is the hostess with the mostest as she greets all the bigwigs, whilst boyfriend Tane (Ethan Browne) can’t resist a flutter himself.

The evening ends up being a huge success, much to Mac’s surprise, but guilt surfaces the following day as she realises enormity of the risk she’s taken, not to mention lying to the man she loves.

As far as Logan is concerned, all he knew was that Mac was holding a private function—what will happen if he learns the truth about Mac’s criminal activity?

Debt collectors chase down Mackenzie. Jasmine envies the father she never had. Will Xander and Rose abandon Jasmine?

The runaways find romance. Justin suspects Dimitri has a dark side. Is Chloe deceiving everyone?