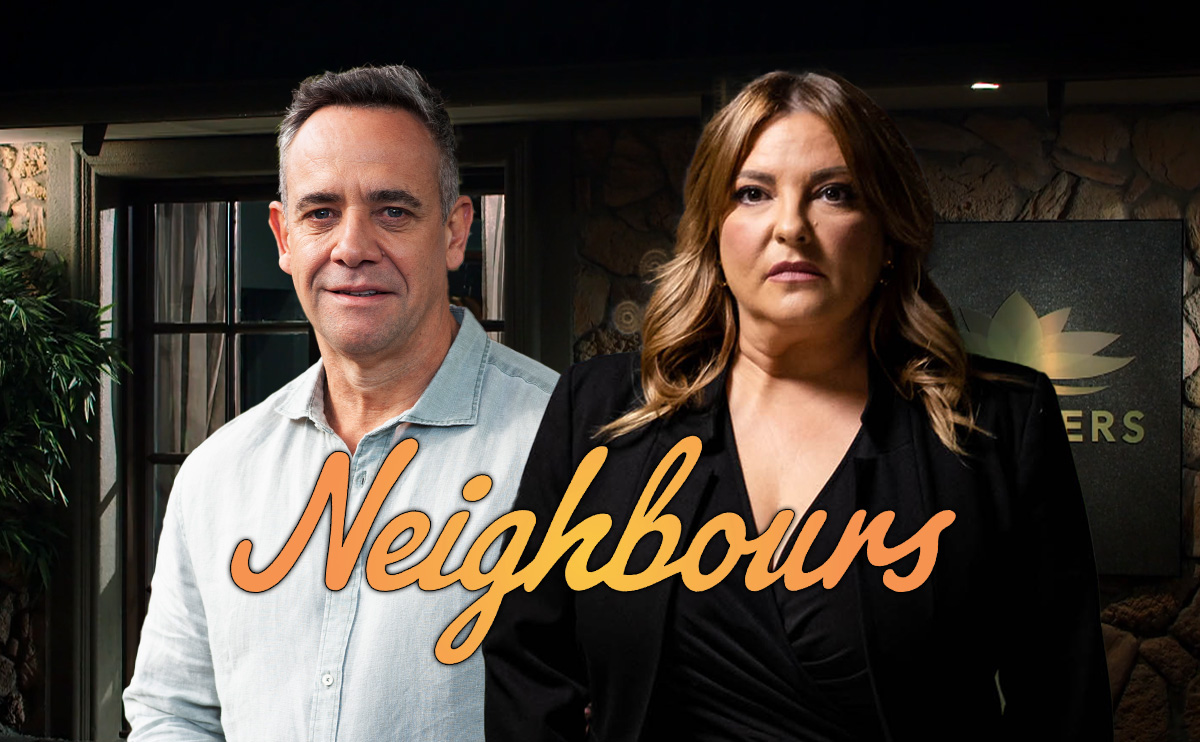 On next week’s Neighbours in Australia, Glen decides to stick around in Erinsborough, as Paul offers him a job. Do both have an ulterior motive for wanting the other around? 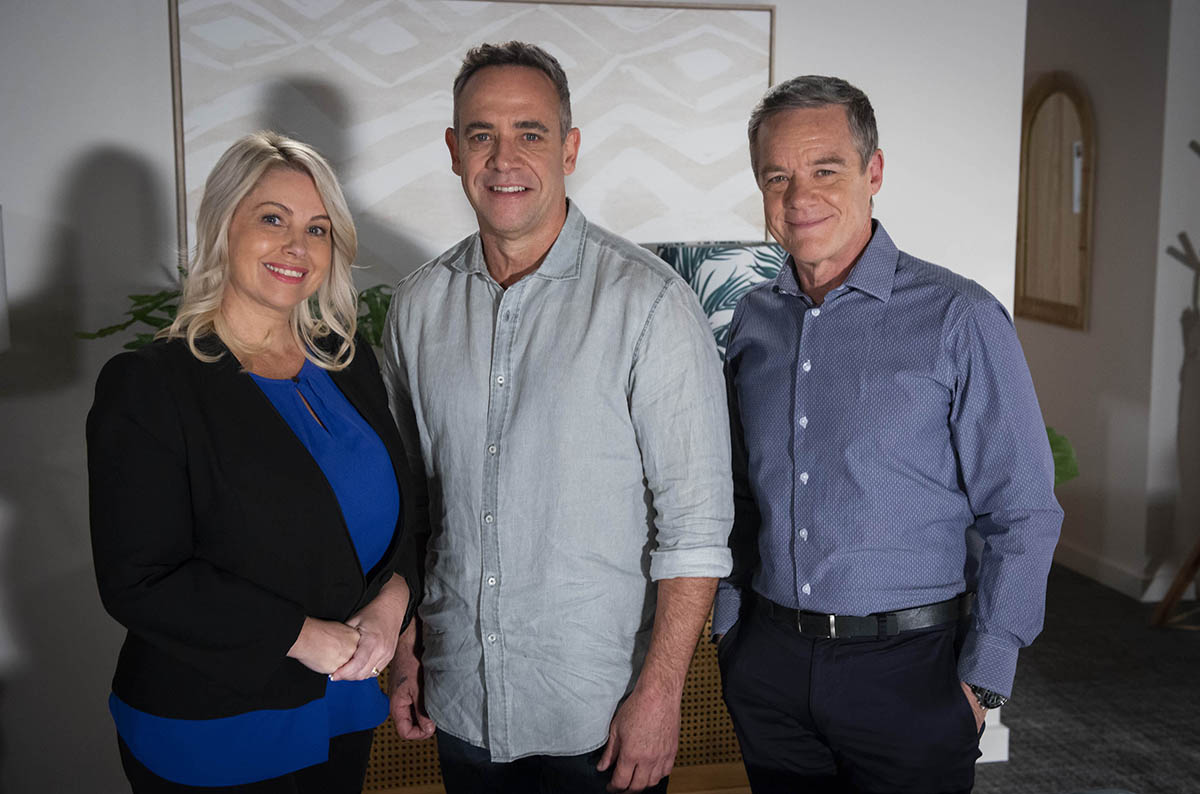 He hasn’t been seen in almost 30 years, and, while he and Paul were never exactly on the best of terms, Paul has often wondered what happened to him.

He is still filled with guilt over the part he played in Glen’s paralysis – Glen fell while fixing a banner on the roof of Lassiters, and, when Paul discovered that the hotel’s insurance had lapsed, he tried to buy him off to stop him from taking legal action.

The Neighbours Official YouTube Channel has created a video reminding us of Glen’s story, which you can view above.

Last week, as the Lassiters Worldwide Summit got underway in Queensland, Paul caught a glimpse of his long-lost half-brother sitting on a bench in the distance. Glen had vanished by the time Paul could get to where he was sat, but Paul was determined to track him down, even getting his private investigator on the case. 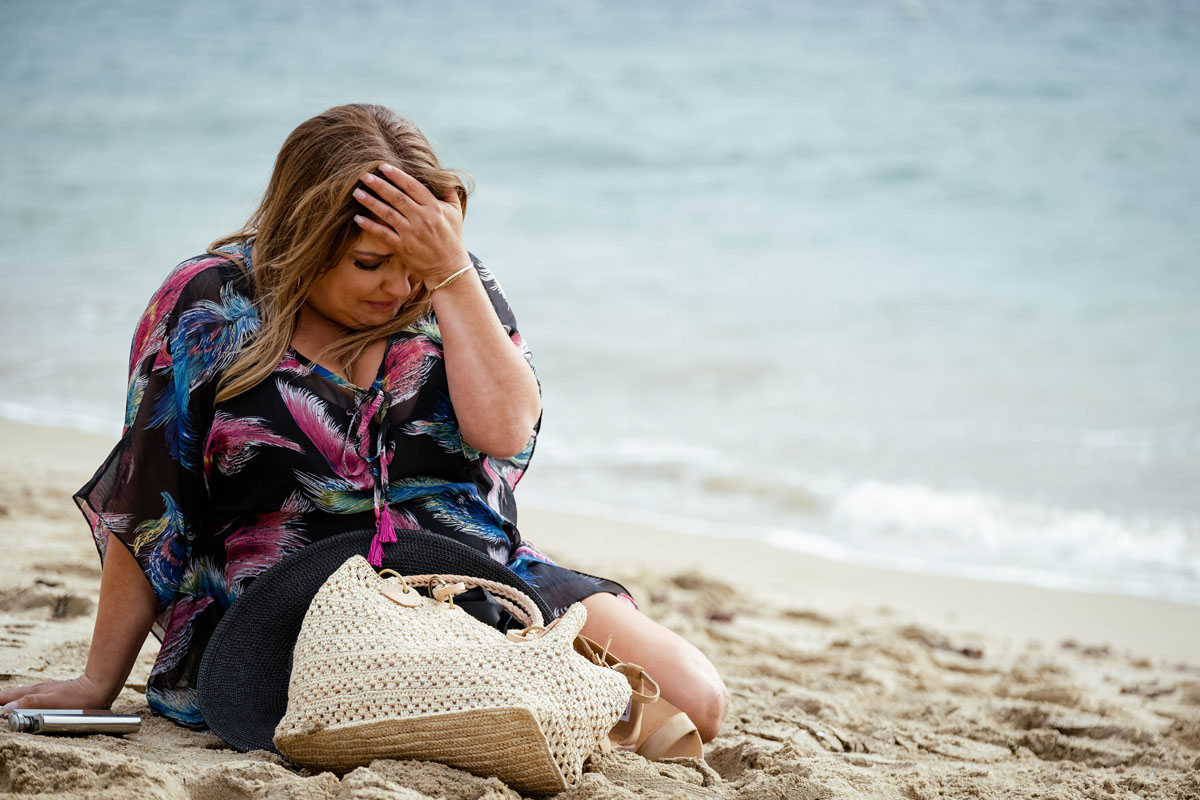 Glen was next seen on the beach, where he stumbled across Terese (Rebekah Elmaloglou), who had succumbed to a hip-flask of vodka after struggling to cope with the dissolution of her marriage. She was alone and in tears, and he helped her up and back to the hotel. 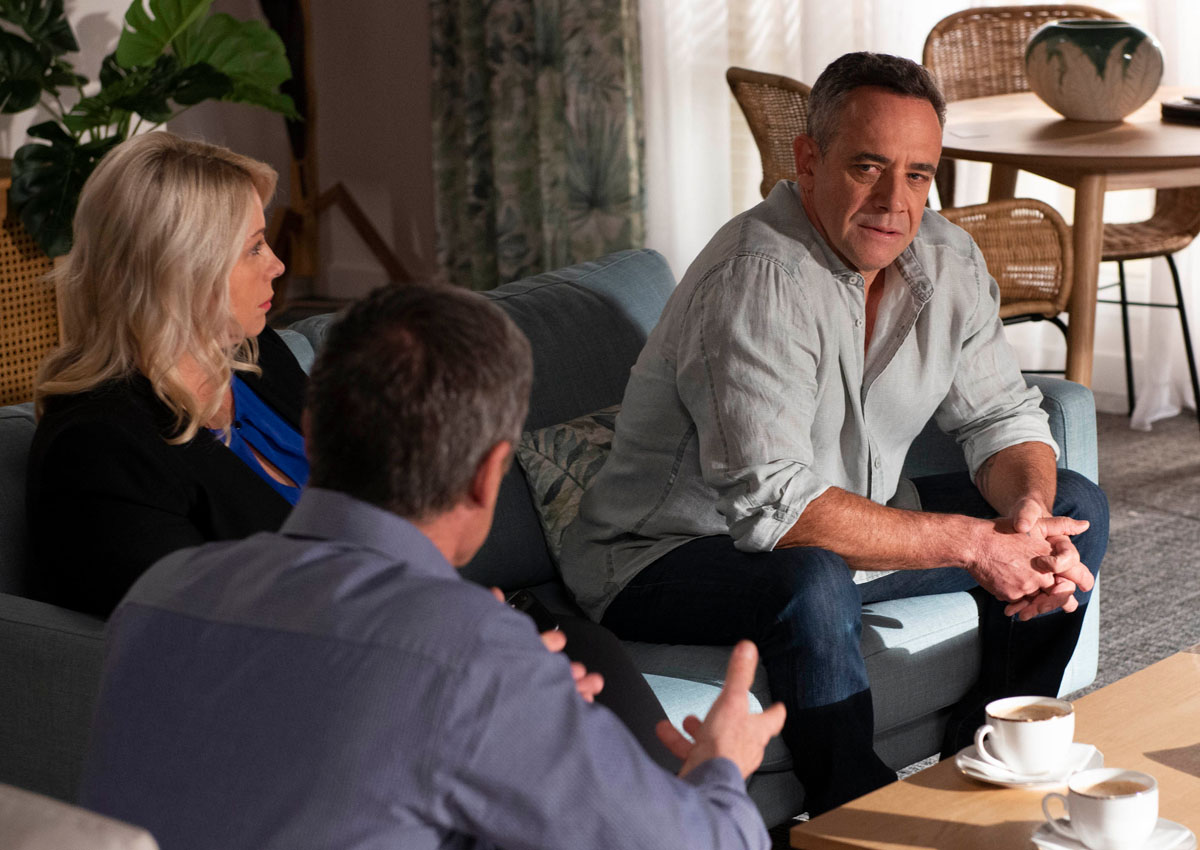 Paul, Lucy and Glen were soon reunited, and Glen was shocked at how pleased Paul was to see him. Terese, meanwhile, is less happy when she discovers Glen’s true identity, especially considering he kept it hidden when he realised who she was.

While Terese thinks that returning to Erinsborough means leaving Glen behind, she couldn’t be more wrong. In next week’s episodes, Glen returns to Erinsborough for the first time in three decades, and Terese is confused as to what has brought him back. 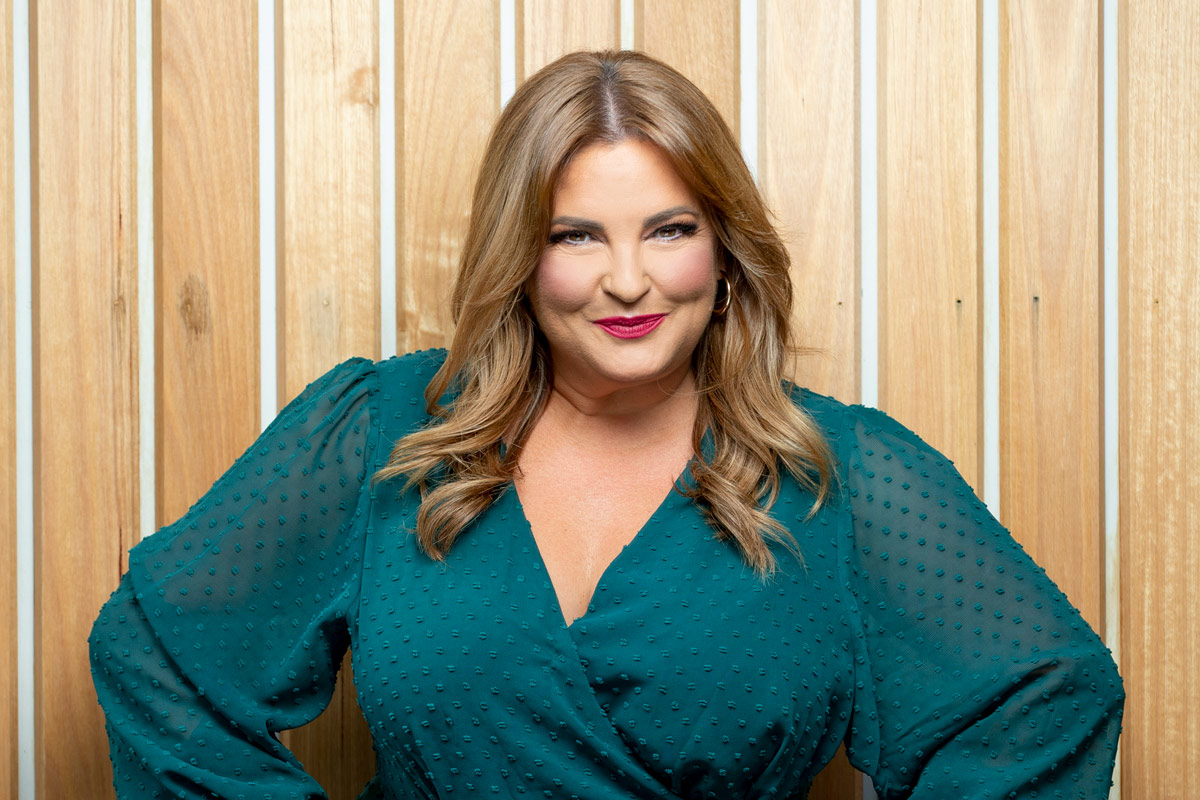 She soon realises that Glen isn’t exactly the biggest fan of Paul. Even after 30 years away, he’s still harbouring a lot of resentment… so why has he returned now? Worse, he’s acting friendly in front of Paul, and only revealing his true feelings when he talks to Terese – does he have something planned?

Talking to TV Week, Rebekah explains, “Terese is surprised, and suspicious, to see Glen. She knows how he feels about Paul, so why is he here? Could she have something to do with it?”

Glen reveals to Terese that he has some unfinished business with his brother. Knowing that Paul has hurt her, he thinks the pair have a lot in common, and wants to get to know her better.

“He feels a strong bond with her, given they’ve both been wronged in the past,” Richard told TV Week. 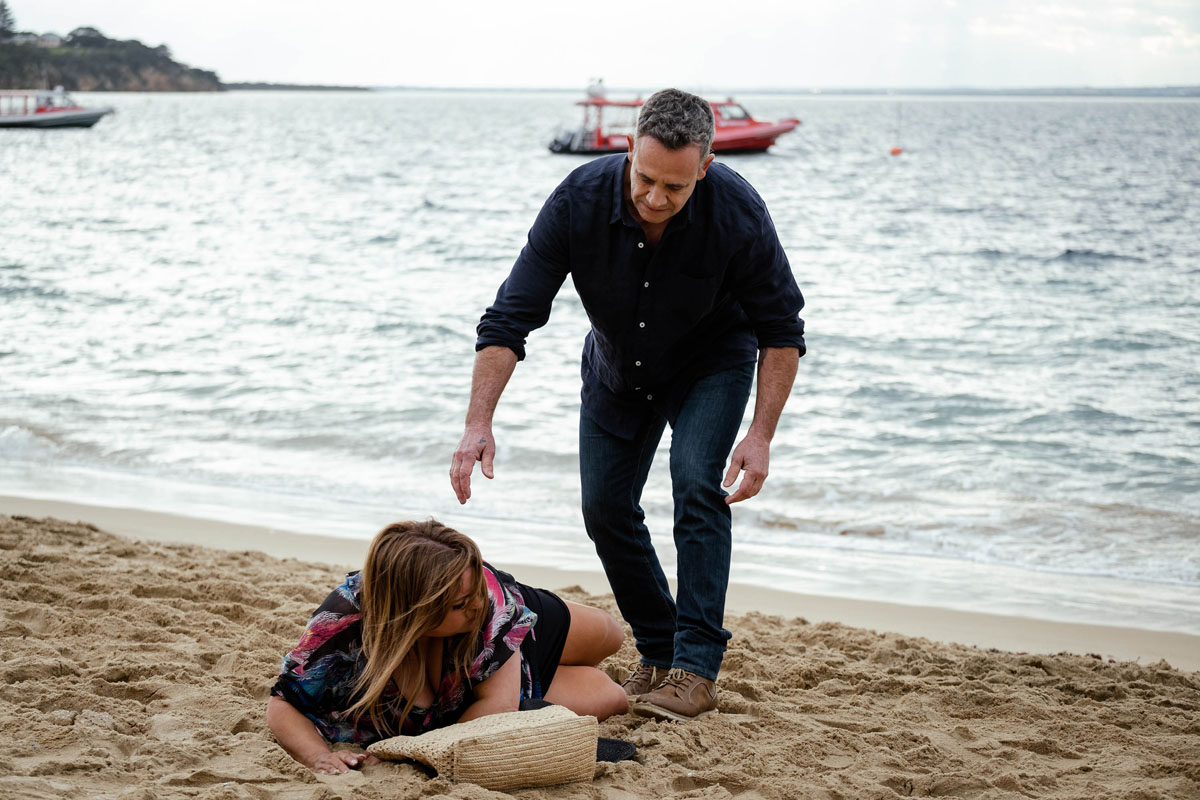 However, by constantly berating Paul and making comments about her marriage, Glen soon manages to rub Terese up the wrong way.

She finds his interest in her marriage strange, and, although she’s enjoying his company, his insistence in talking about Paul begins to grate on her when what she really needs is some time without thinking about her husband.

Yet she soon discovers that she and Glen have more in common than just a shared disliking of Paul Robinson.

Having fallen off the wagon in Queensland, Terese knows that she needs to start attending AA meetings again, and heads to the community centre for a session. 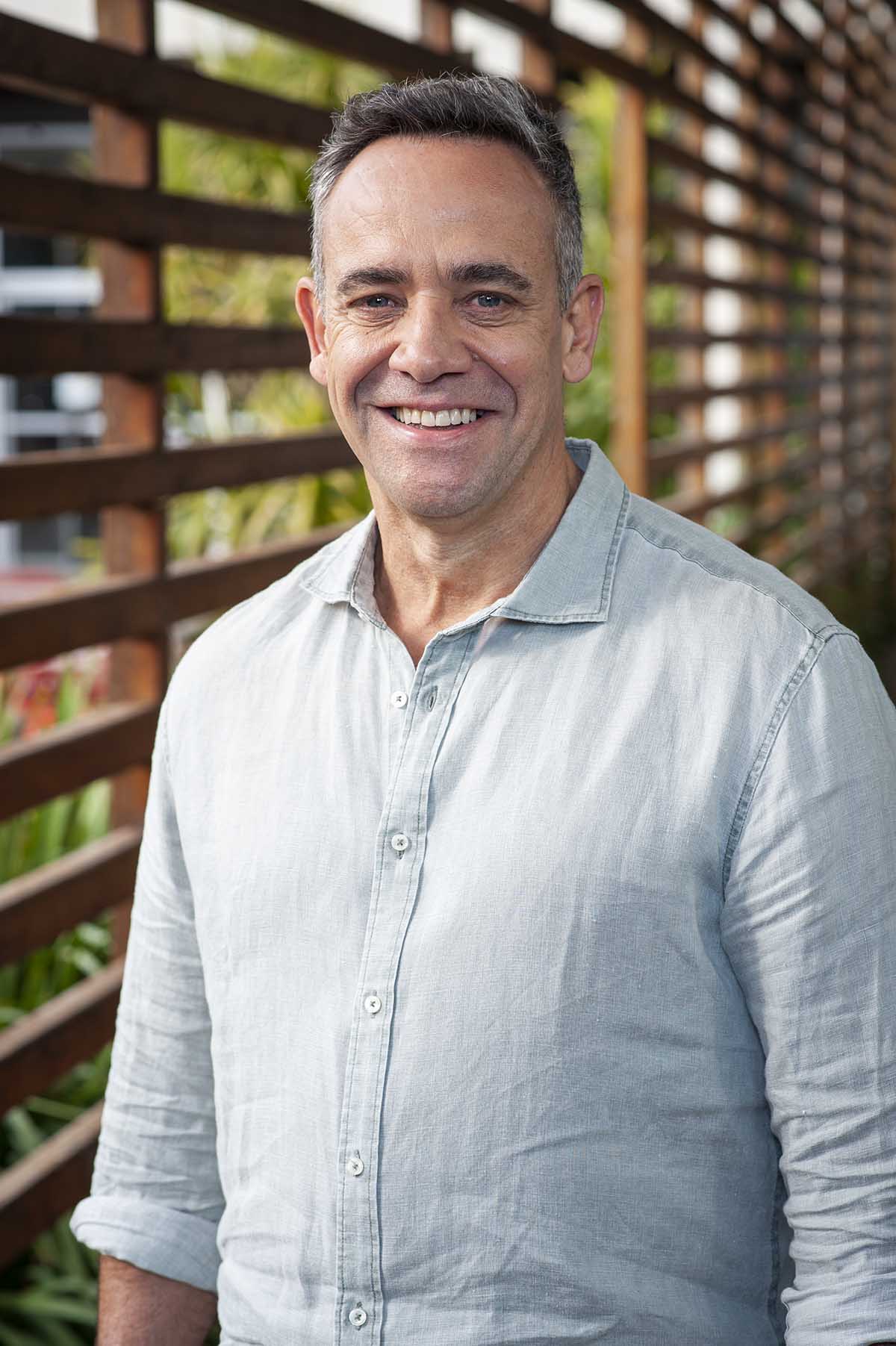 It’s there that she finds a familiar face in Glen, and discovers he has his own struggles with alcohol.

“Knowing that they have something in common confirms their friendship even more,” Rebekah adds. Will their shared struggles be enough to cement their friendship, despite Glen being yet another reminder of the hurt Paul has caused her? 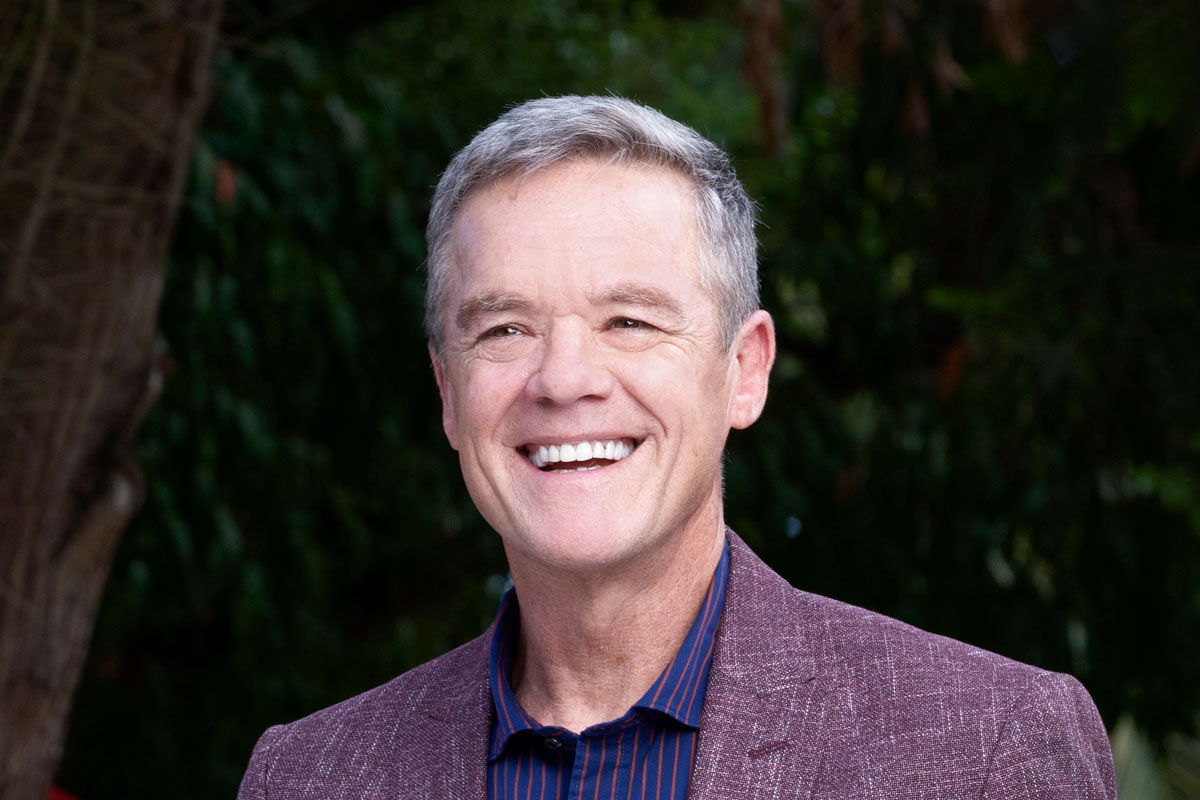 Meanwhile, Paul is delighted to finally be reunited with his half-brother, and wants to make sure he sticks around in Erinsborough. He asks Leo (Tim Kano) to offer him a job at the vineyard, unaware that Glen is overcoming an alcohol addiction, and that a vineyard isn’t exactly the most suitable workplace.

Glen takes the job, and assures Terese that it won’t be a problem – he’s got things under control. He’s worried that Paul has an ulterior motive, but, with some unfinished business of his own, the job opportunity is too good to pass up.

Australian viewers will see these scenes from Monday 15th November, while UK viewers will have to wait just a few days more, until Friday 19th November.

Before Kyle and Roxy know what’s hit them, they’re getting intimacy coaching from Sheila.

Hendrix and Mackenzie are left mortified when Karl and Susan assure them they’re comfortable with them exploring their new relationship freely at No. 28.

Felicity continues to work with Ned to drive a wedge between Levi and Amy.

Both Levi and Amy are furious about the games Ned and Felicity have been playing.

Amy backs out of telling Chloe that Mick is squatting in the hotel.

Chloe and Harlow work together to bring Mick down.

Terese is curious about Glen’s reasons for returning to Erinsborough.