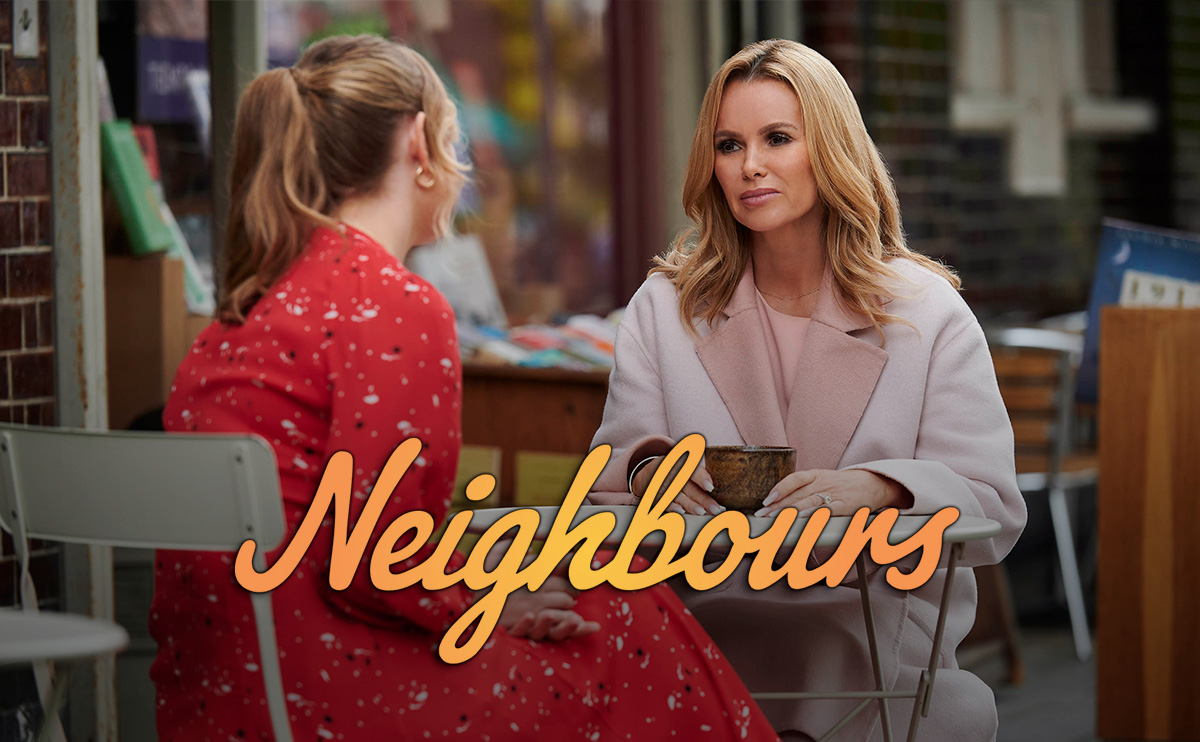 Amanda Holden and Sophie Ellis-Bextor are to make guest appearances in Neighbours, in special London scenes set to air in the UK and Australia in early 2022. 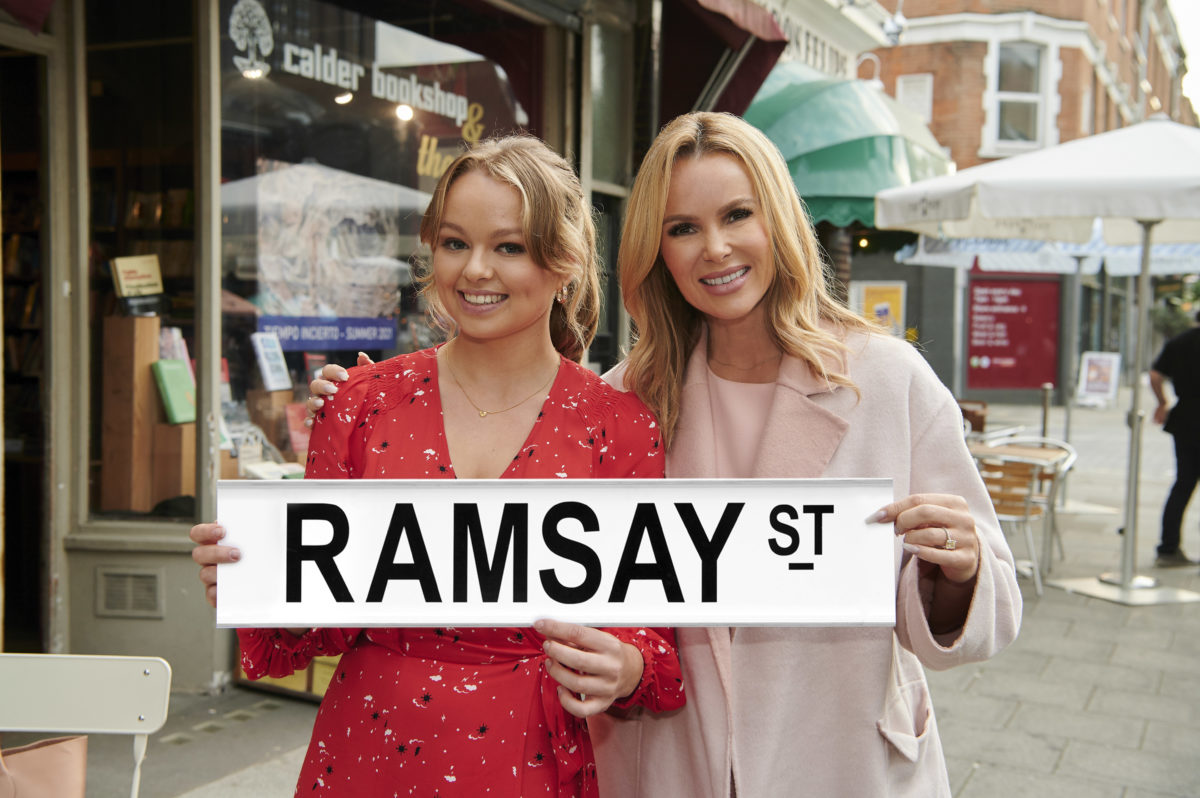 Amanda is a judge on Britain’s Got Talent and presenter of Heart Breakfast. She has had a varied career as an actress both on television and in theatre, and her many credits include Wild at Heart, Cutting It and Thoroughly Modern Millie. 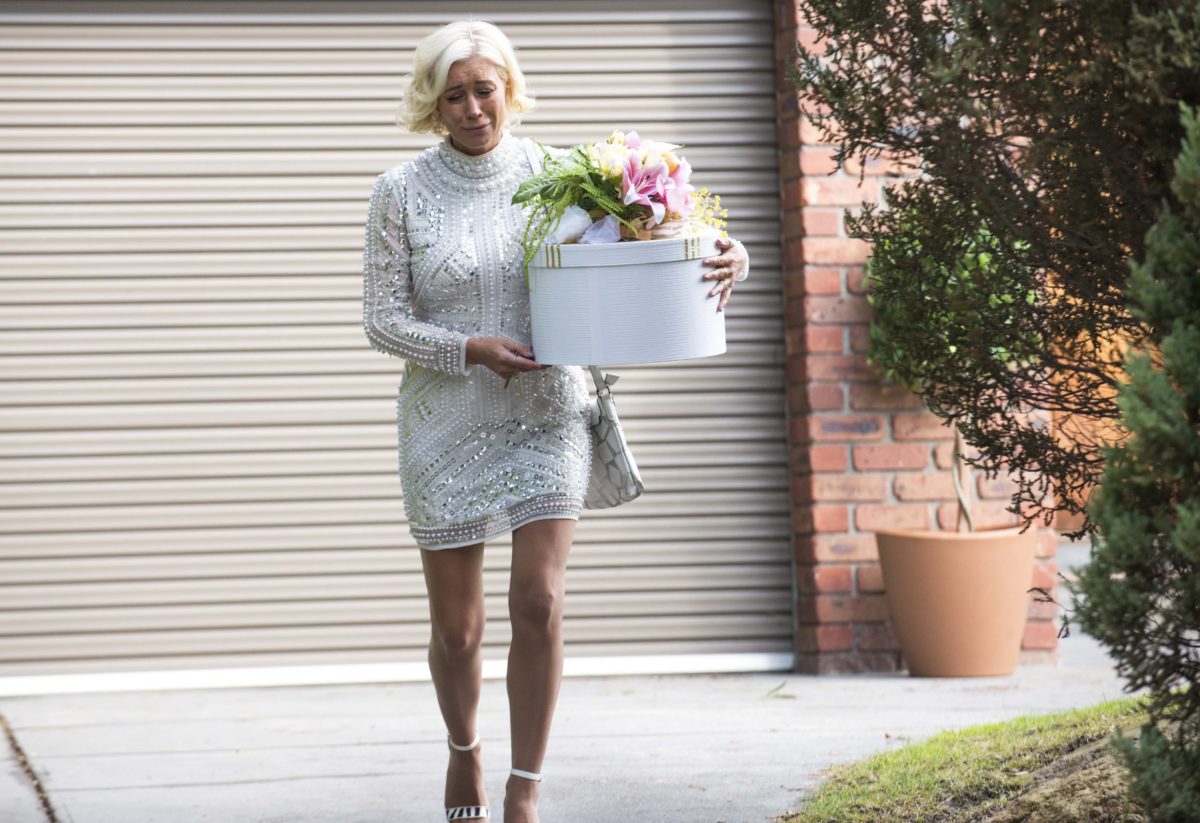 Viewers will remember that Harlow’s mother Prue Wallace was a member of mysterious cult ‘The Order’, and arrived in Erinsborough in an attempt to elect her daughter into the organisation.

Her character was killed off in 2020 in a dramatic explosion as part of the Neighbours: End Game week of episodes to celebrate the show’s 35th anniversary.

Finn Kelly (Rob Mills) had planted a bomb in Lucy Robinson’s engagement package, but Prue became an accidental victim of Finn’s scheming when her box was swapped with Lucy’s. When she opened the box to get out a bottle of champagne, it exploded, blowing up Prue and her car. 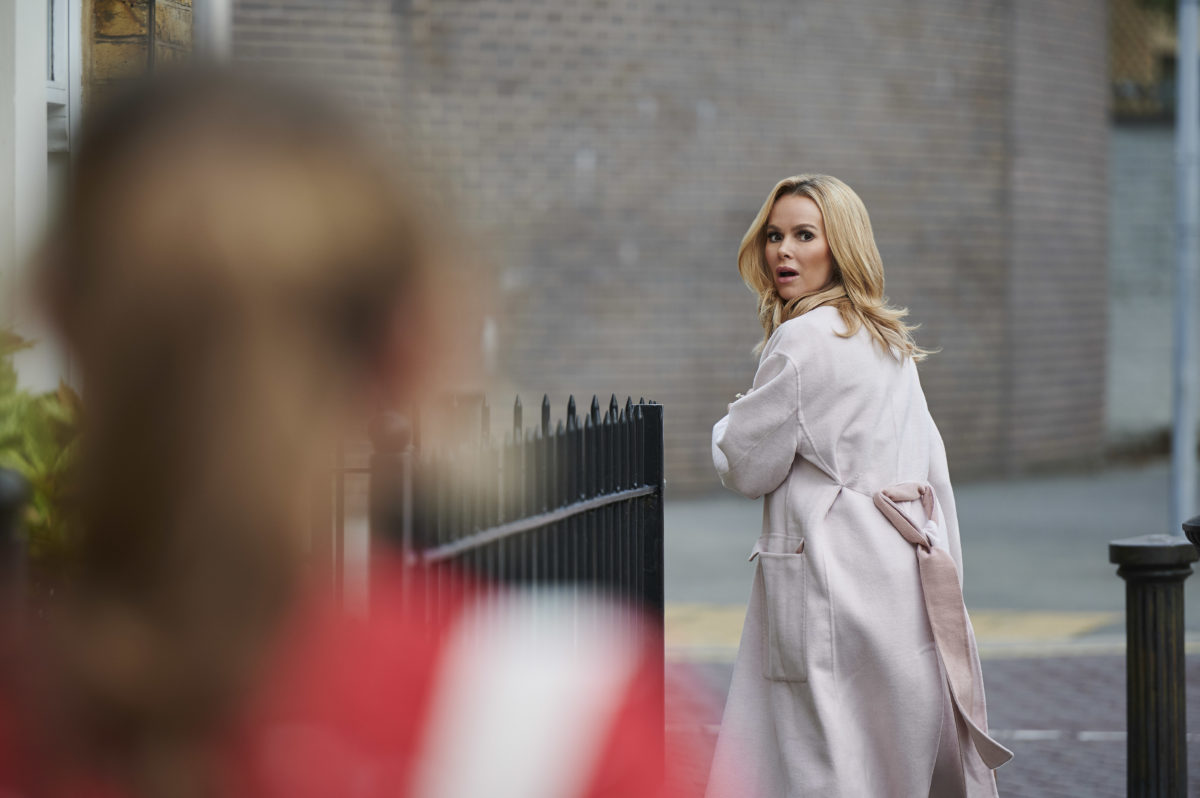 Now, Harlow plans to visit London as part of “a huge new storyline for 2022”, which will see her reunite with her aunt and attempt to solve a family mystery involving her mother.

Talking about her guest role in Neighbours, Amanda said: “Like most people in the UK who were around in the late 80s/early 90s, I grew up watching Neighbours every single day of the week.

“I was glued to our TV for the wedding of Kylie and Jason (Scott and Charlene) while cursing Mrs Mangle and praying that Mike and Jane would eventually get together! Not to mention all the other greats over the years. To now have the opportunity to be a part of such an iconic Australian show is simply fabulous!

“I can’t wait to work with Jemma in London, this feels like a joyous occasion for everyone.” 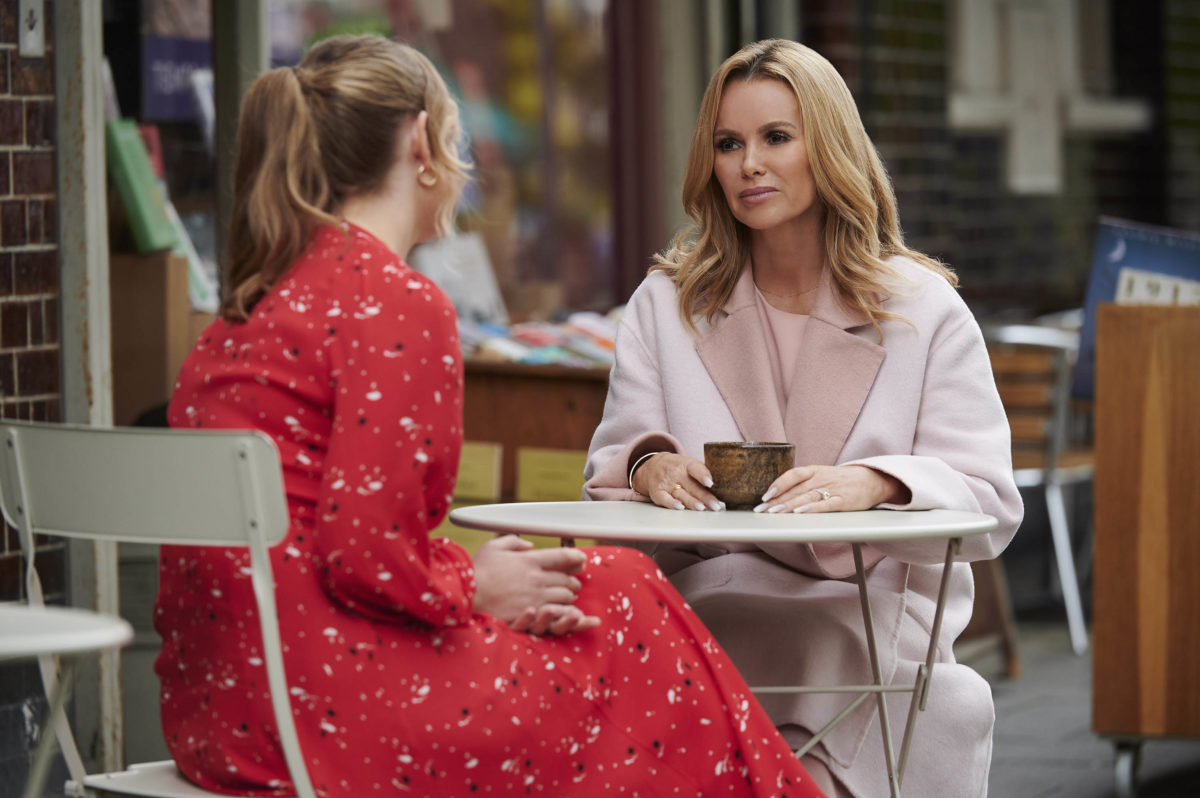 Neighbours have released photos of Amanda’s first scenes, which show her character Harriet reacting with shock to see her niece in London, before sitting down with her over a coffee.

Amanda described her first day on set as a fun and surreal experience. “If I’d told my 12/13 year-old self I would one-day appear in Neighbours I’d have never believed it!

So many people were beeping in their cars and passersby assumed that Jemma was my real daughter because we look quite similar! I can’t wait to continue the journey of my character Harriet.”

Sophie Ellis-Bextor will also have a cameo role in the London episodes, and her advice will prove helpful to Harlow’s search as she offers words of wisdom. Harlow will have a chance encounter with the Murder on the Dancefloor singer while strolling down The Queen’s Walk, a promenade on the south bank of the River Thames.

“Neighbours was a huge part of my school days,” Sophie said of her casting. “We all watched it, talked about it. It’s a joy to now be able to say I’ve been in it!

“Thanks to everyone from the cast and crew for being so lovely. I loved it.”

Taking to Instagram, Sophie added: “Oh my goodness! What a crazy week… first I published my first ever book Spinning Plates, then I get to have a cameo in a soap I watched after school every day without fail growing up.. NEIGHBOURS! How amazing is that?! So much fun and the cast and crew were lovely.

“Thank you @jemma_donovan for being so gorgeous and big thanks to director lee @soapfromthebox for making me a part of it all. Honestly, 9 year old me can’t believe I made it to Ramsay Street (via London!) xx”

Jemma Donovan has starred as Harlow Robinson since 2019

Neighbours’ Executive Producer Jason Herbison said of the special episodes: “We are absolutely thrilled with how filming has gone with the wonderful Amanda Holden and Jemma Donovan.

To have Sophie Ellis-Bextor join us is the absolute icing on the cake and we can’t wait to share the storyline with our UK audience next year.”

The special scenes will air in Australia and the UK in spring 2022.

Neighbours airs in the UK weekdays at 1:45pm and 5:30pm on Channel 5, with the evening episode moving to 6pm from the autumn. In Australia, Neighbours airs Monday to Thursday at 6pm on 10 Peach.