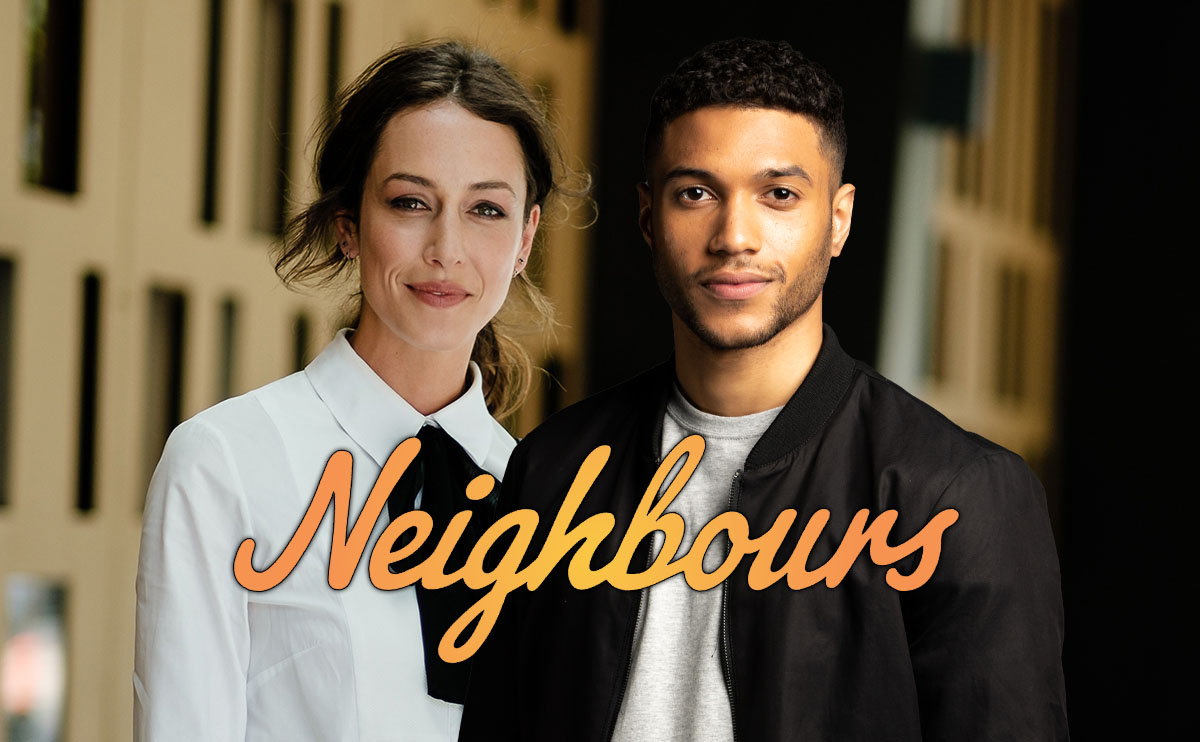 On next week’s Neighbours in Australia, Levi finds himself the object of a newcomer’s affections, as Amy admits she has a major fear about the future of her polyamorous relationship.

These episodes will air in the UK in mid October.

The polyamorous relationship between Ned (Ben Hall), Amy (Jacinta Stapleton) and Levi (Richie Morris) is tested this week when one of the trio hides a secret, brought up by old relationship woes, whilst another finds a new suitor. 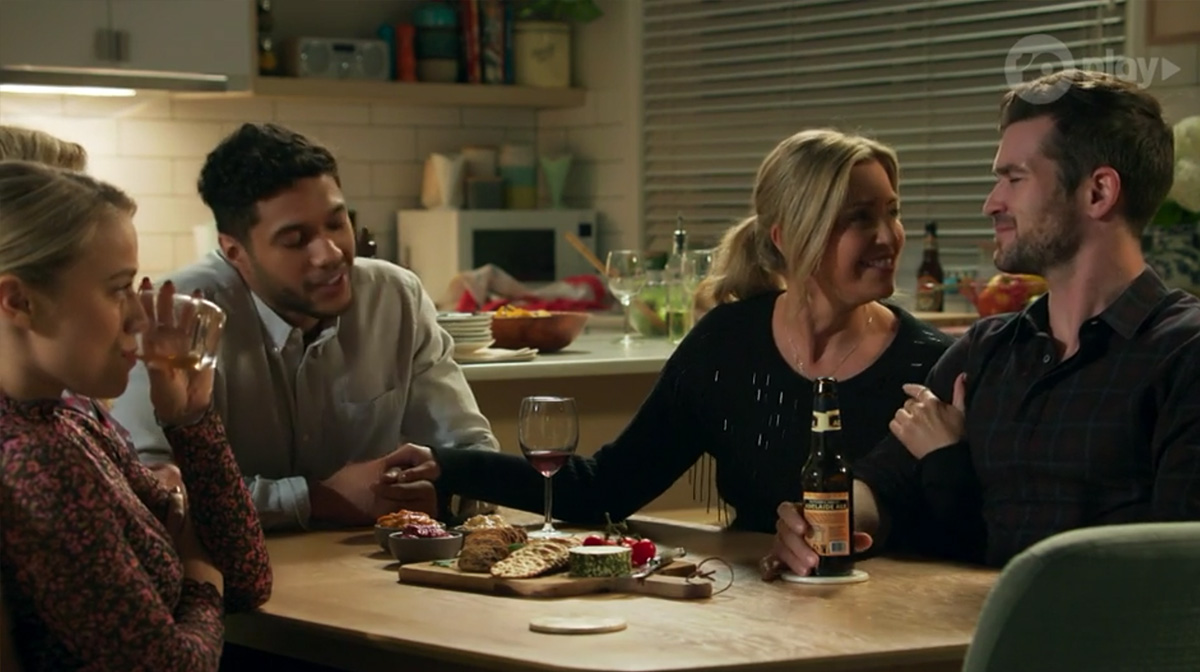 A few weeks have past, and the excitement and uniqueness of their situation has now well and truly worn off. After Levi’s mother visited and he was forced to temporarily halt his part of the relationship, Ned and Amy grew closer.

Feeling left out, Levi pulled out all the stops to try and claw his way back, much to Ned’s chagrin. But with gossip abound across Ramsay Street about the unconventional relationship, it seems that Amy is now the one having second thoughts. 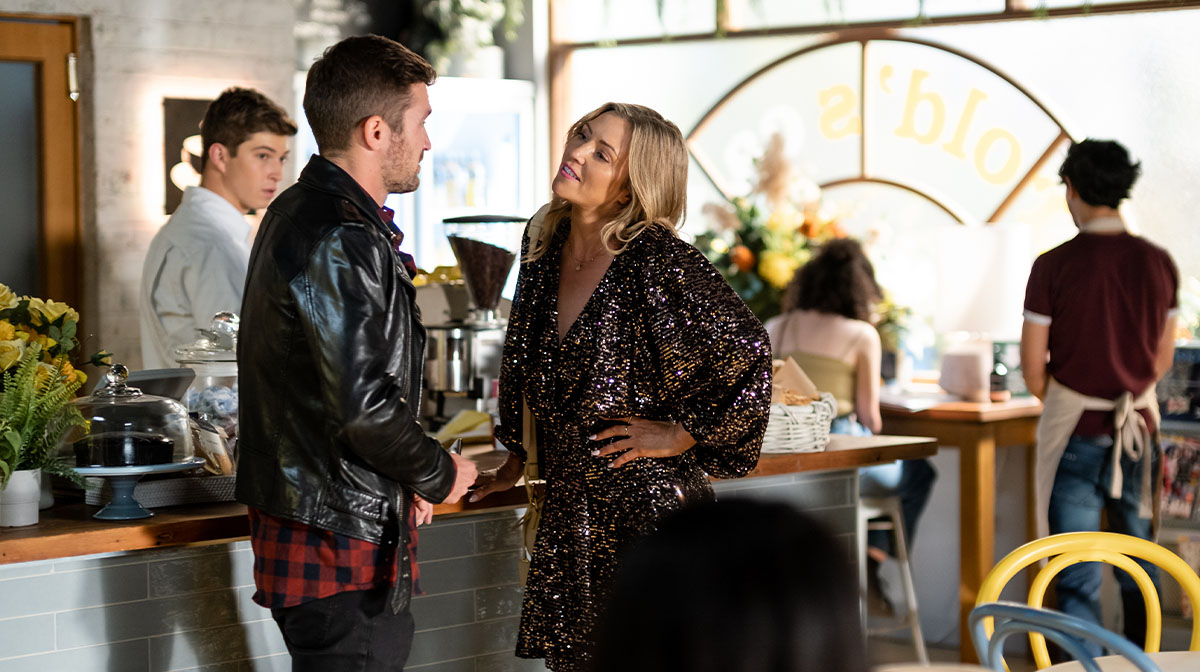 Never one to be back in coming forward, the blond bombshell is lost for words this week as she hides the truth about something that is now worrying her. She’s had some very big changes in the last weeks, especially having moved out from No. 30 into her own flat as a way to give her more freedom to explore her new relationships.

But when her reticence is noticed by the boys, it seems clear that the gossip has got to her. However, it isn’t just other people’s opinions that are causing her to distance herself from her boyfriends – her own difficult relationship history has given her another reason to worry.

Finding the right time, Amy is forced to reveal the truth: she’s worried that she will turn her both of her boyfriends gay. While it might sound ludicrous, Amy’s track record with men isn’t the greatest. Both of her ex-husbands – Damien (John Ridley) and the unseen Eric – have both come out as gay during the course of their marriages to Amy. 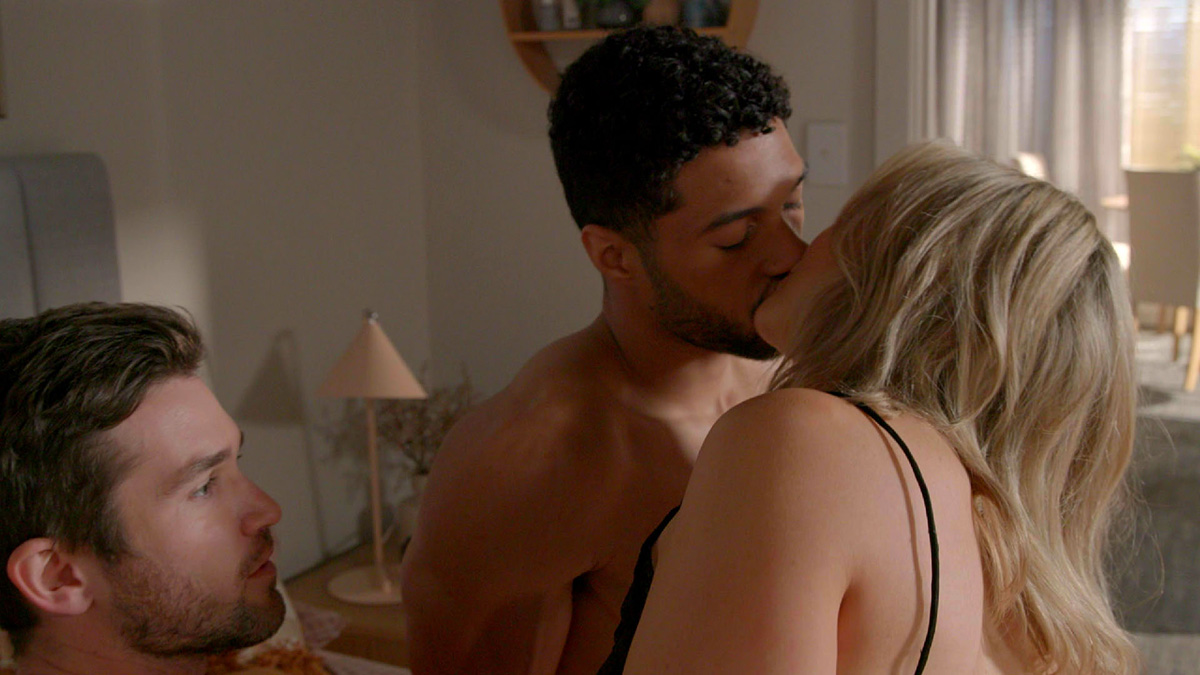 As was seen some time ago in Channel 5’s promotional video, it seems that Amy’s ‘v’ shaped relationship is about to verge more on a throuple situation, with the promo showing a scene in which both Ned and Levi join her in the bedroom at the same time. Whether this is the triggering event remains to be seen… 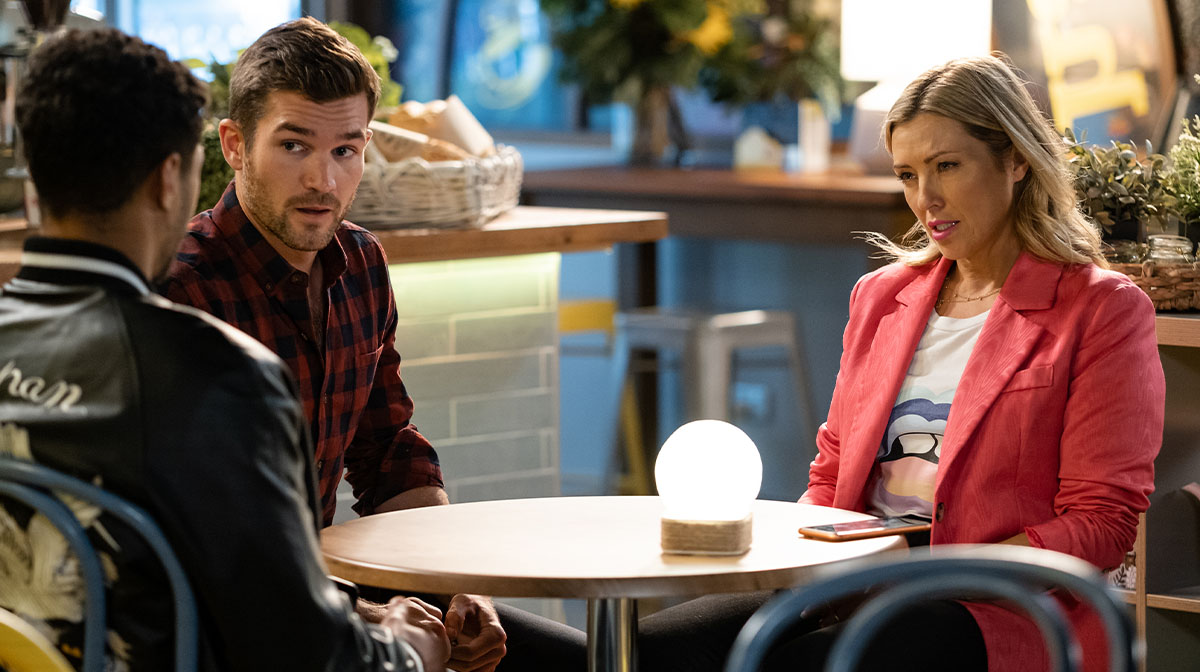 Meanwhile, it seems that the polyamorous relationship isn’t just taking its toll on Amy. Levi finds himself once again questioning things, but this time, there’s an attractive stranger just around the corner, ready to take his mind off of things.

Enter Felicity Higgins, played by ex-Home and Away star Isabella Giovinazzo. The newcomer asks Levi whether he wants to have a drink… and how could he say no? She’s an attractive and intelligent woman, and better still, she has no ties to anyone that Levi knows. 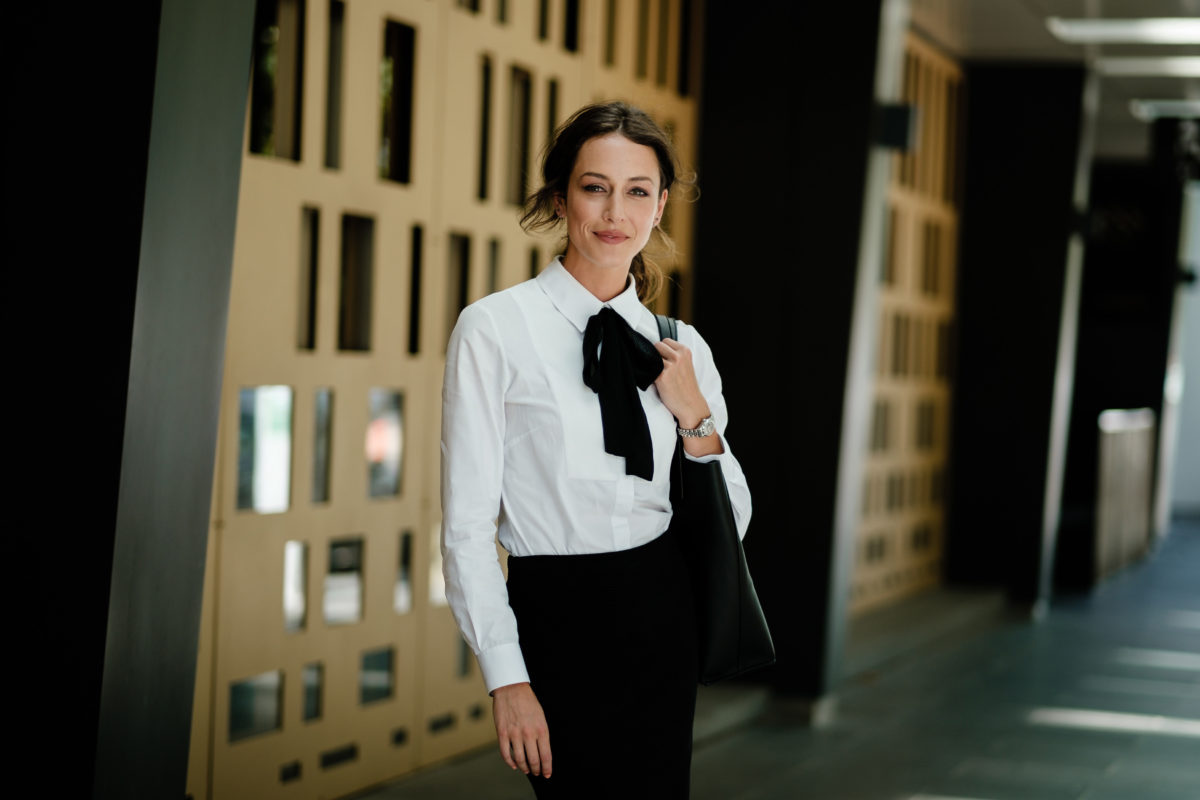 Isabella Giovinazzo also stars as Caroline Wilder in ‘Lie With Me’

After his flirty encounter, he plucks up the courage to admit to Amy that he’d like to explore dating other people, and is surprised by her answer.

It seems that Felicity’s entrance might bring some risky and dangerous drama to Ramsay Street. Just what remains to be seen…

But one thing is for certain – Levi and Felicity look set to hook up! 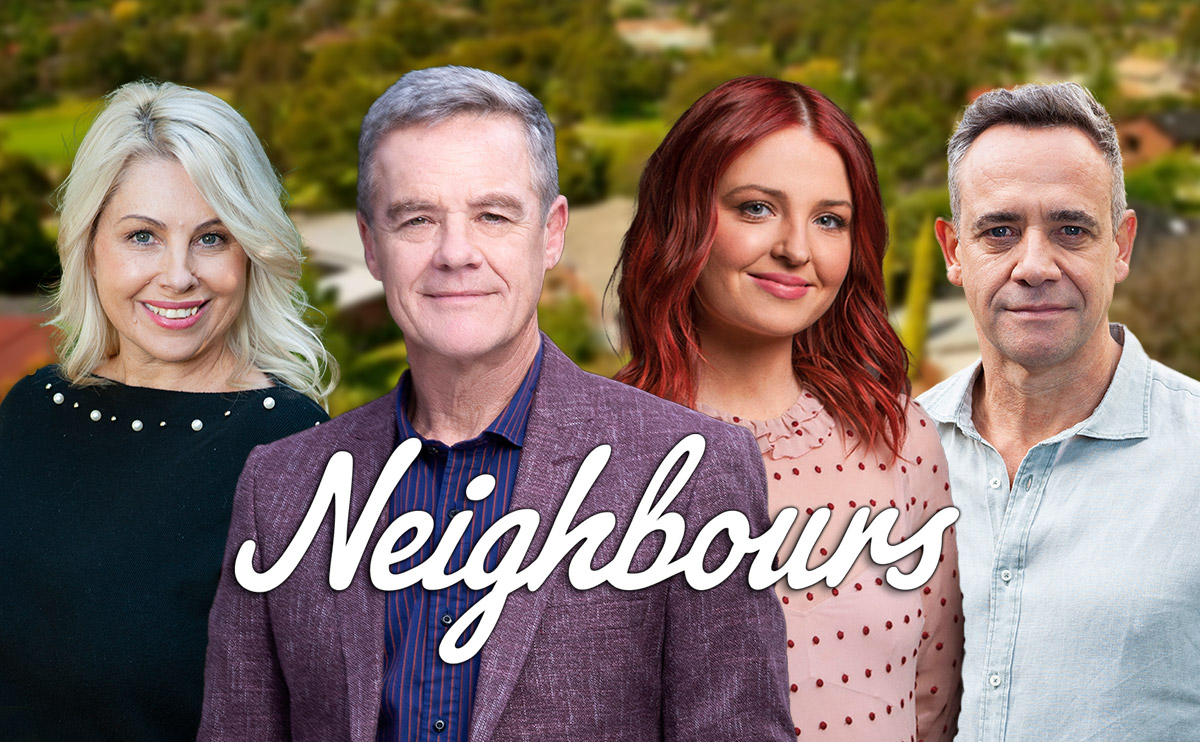 To take a deeper dive into what’s still to come in Erinsborough in the remaining months of 2021, be sure to check out our spoiler roundup, where we discuss the return of Paul’s siblings Glen (Richard Huggett) and Lucy (Melissa Bell), the arrival of Amy’s wayward daughter and speculate about the direction of the polyamory in Erinsborough.