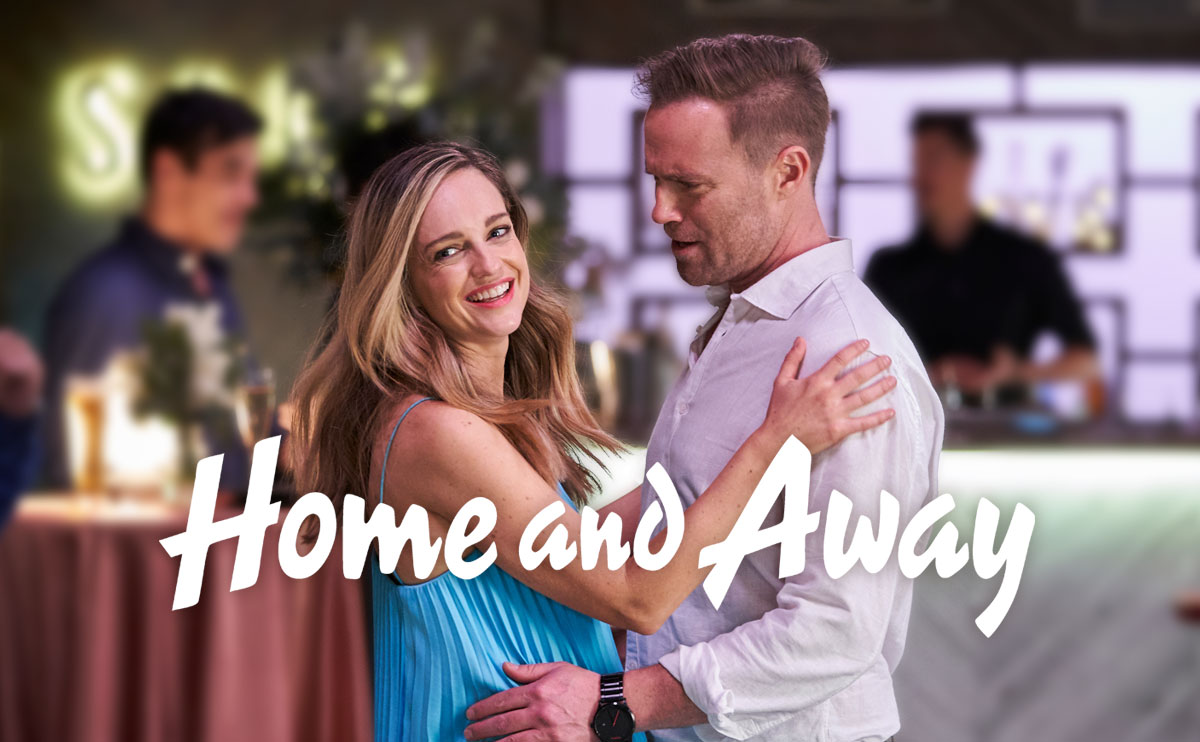 This week, Australian viewers see Tori Morgan and Christian Green leave Home and Away, as they depart Summer Bay for their new lives in the UK.

As the characters, and the actors behind them, bow out, we take a look back at their time on the show. 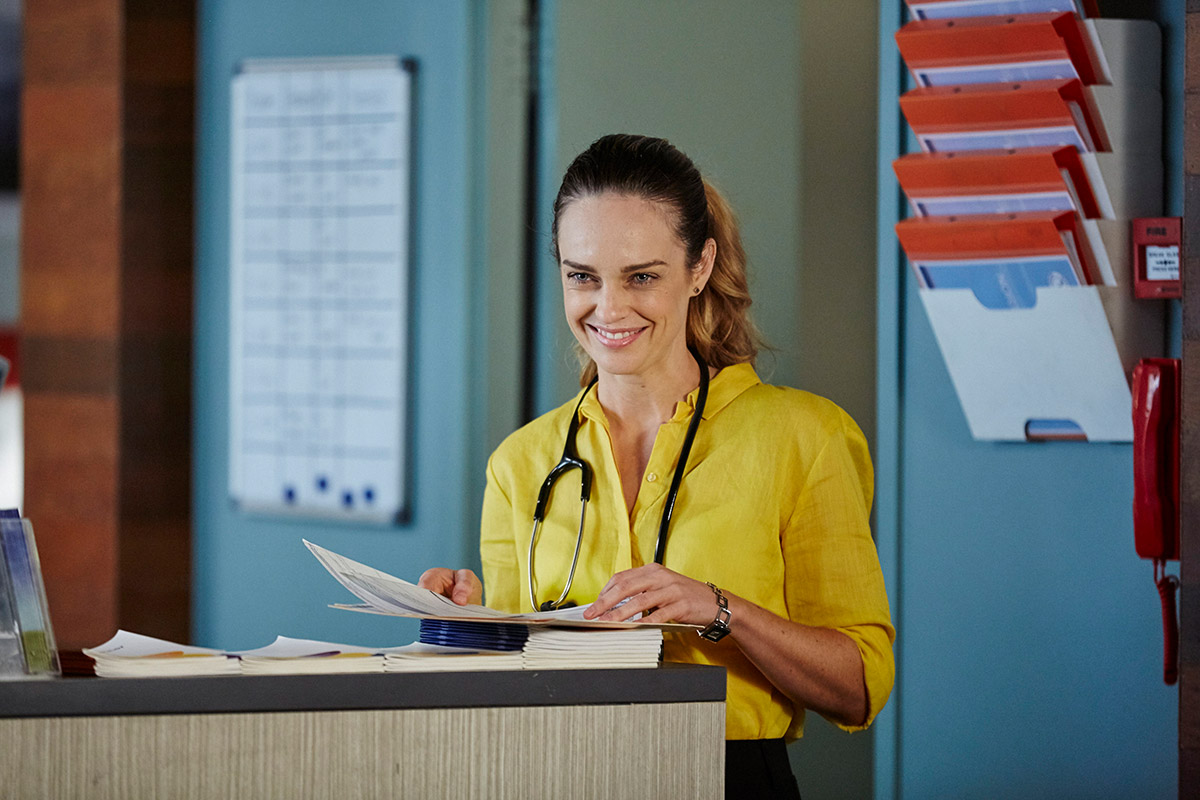 Tonight, after five years on our screens, Penny McNamee and her character Tori Morgan bid adieu to the bay. Her character is moving half way across the world after landing a job in a London hospital, taking her new husband Christian with her and bringing to an end actor Ditch Davey’s one year on the show.

It’s been a long slog for Tori, who has acted as diligent doctor, loving friend and caring mother (as well as mother figure) to so many in the Bay. However, after what seems like an eternity of searching for “the one”, Tori is finally going to get her happily ever after with Dr Christian Green (Ditch Davey).

After five and a half years, 541 episodes and countless dramas, it is time to bid farewell to Dr Tori Morgan. In light of this, Back to the Bay is taking a look back at Tori and Christain’s time in Australia’s most famous beachside community. 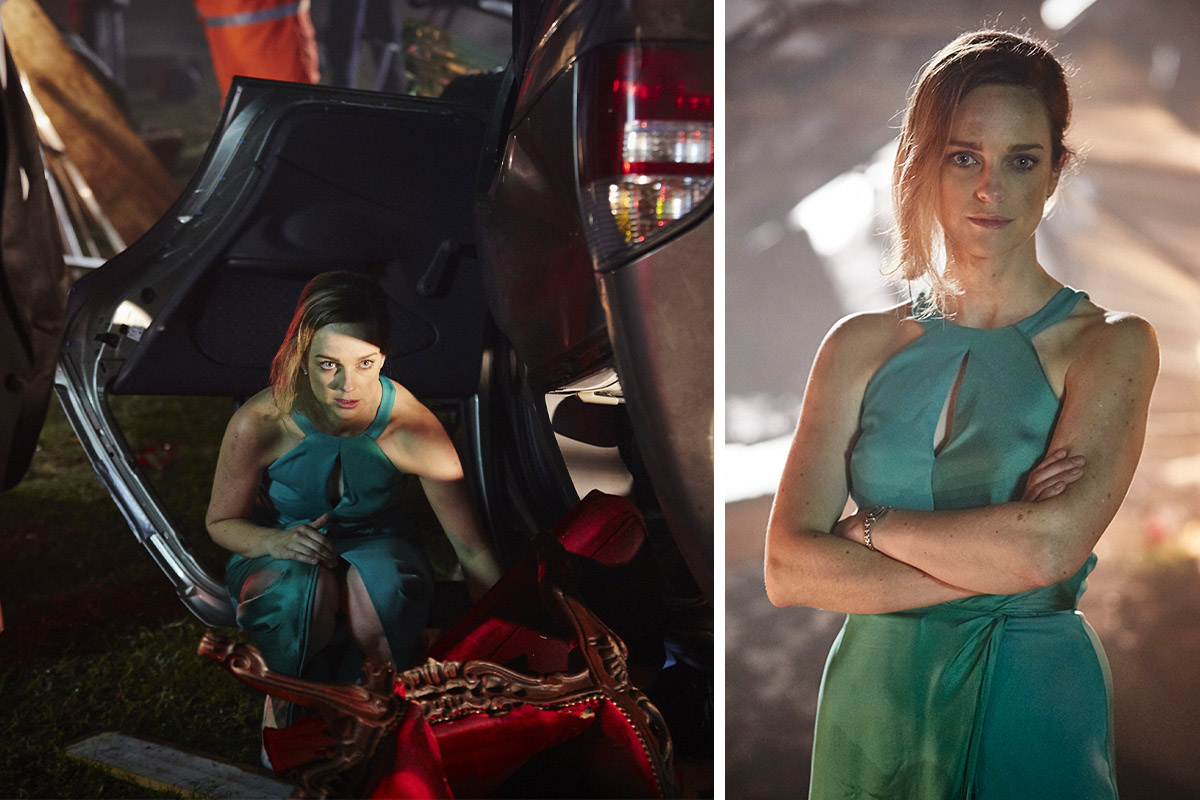 Tori arrived in Summer Bay on 5th May 2016, in less than pleasant circumstances. With a fundraiser for the hospital well underway at the caravan park, the doctor made her way to join the festivities. Unfortunately, by the time she arrived, there had been a gas-fuelled explosion, and she was forced to jump straight into the action.

Quickly cementing her place in town, Tori’s three brothers, Justin (James Stewart), Brody (Jackson Heywood) and Mason (Orpheus Pledger) soon followed. It was here that things began to ramp up for the doctor. 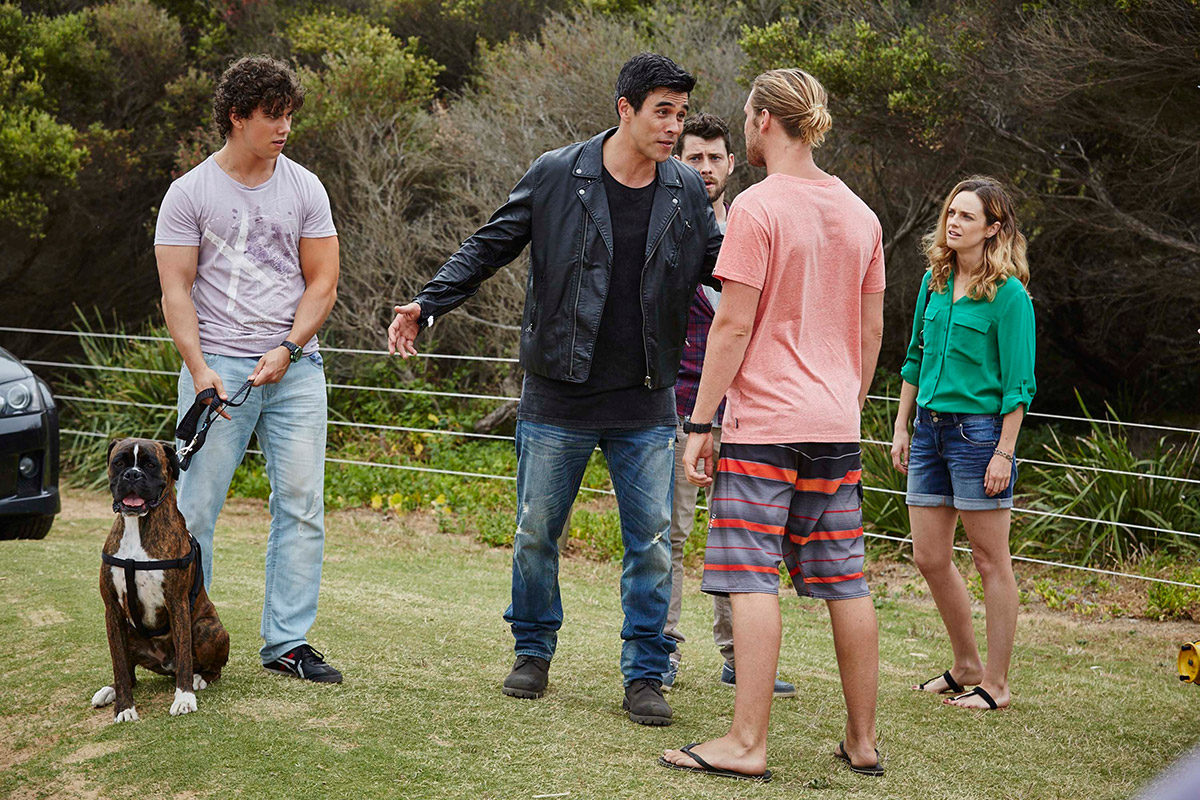 It was revealed that the Morgans – actually named Jack, Tessa, Bart and Michael Lee – were a part of the witness protection program. Their parents had uncovered a drug syndicate and those involved killed their parents to keep them quiet. After seven years on the run, the officer in charge of their case, Atticus Decker (John Adam) had recommended Summer Bay.

But when Mason told his girlfriend Lara (Ellie Harris) the truth, she led the syndicate leader Spike Lowe (Jason Montgomery) straight to the Morgans. They were quickly moved to a safehouse, where Tori learnt that Justin knew of his father’s dealings with the syndicate. The pair had a falling out over this, and Tori kicked him out. 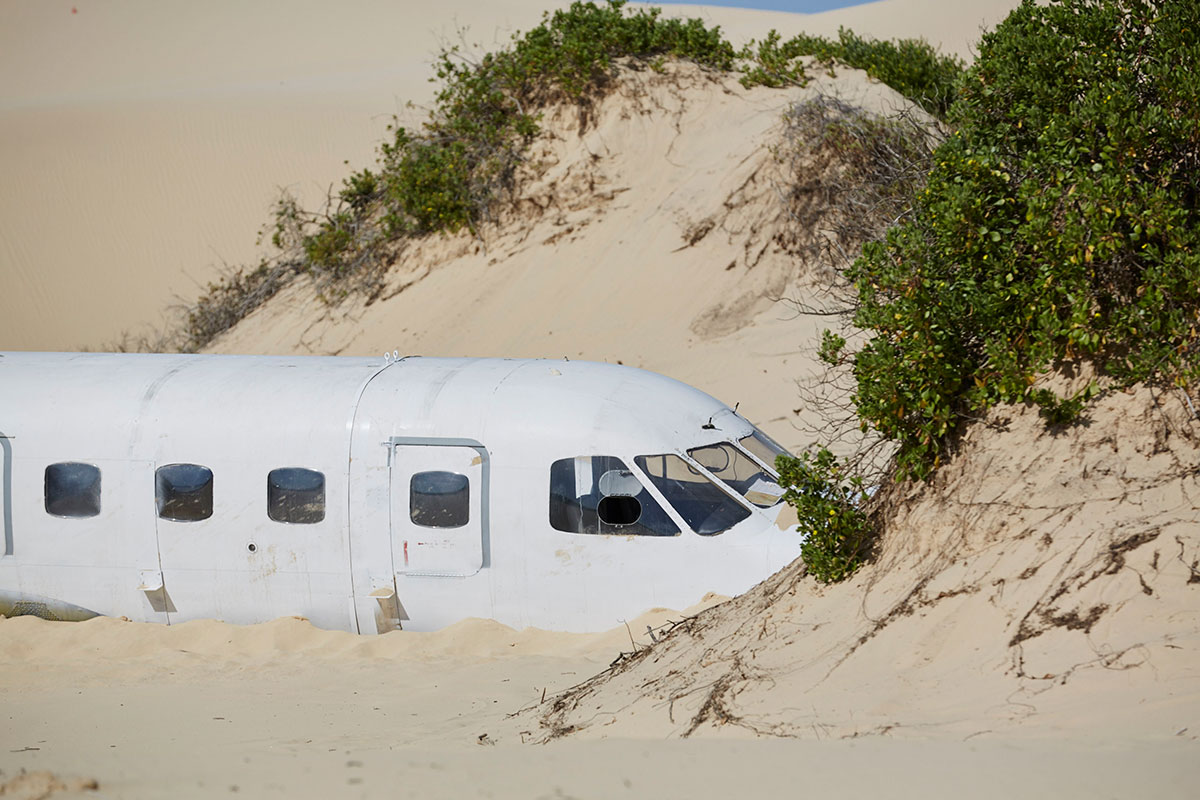 The siblings only reconciled after a joy flight for Tori’s 30th birthday went awry following the syndicate tampering with the plane and it crashed in the outback. Justin found them and was able to alert the authorities. 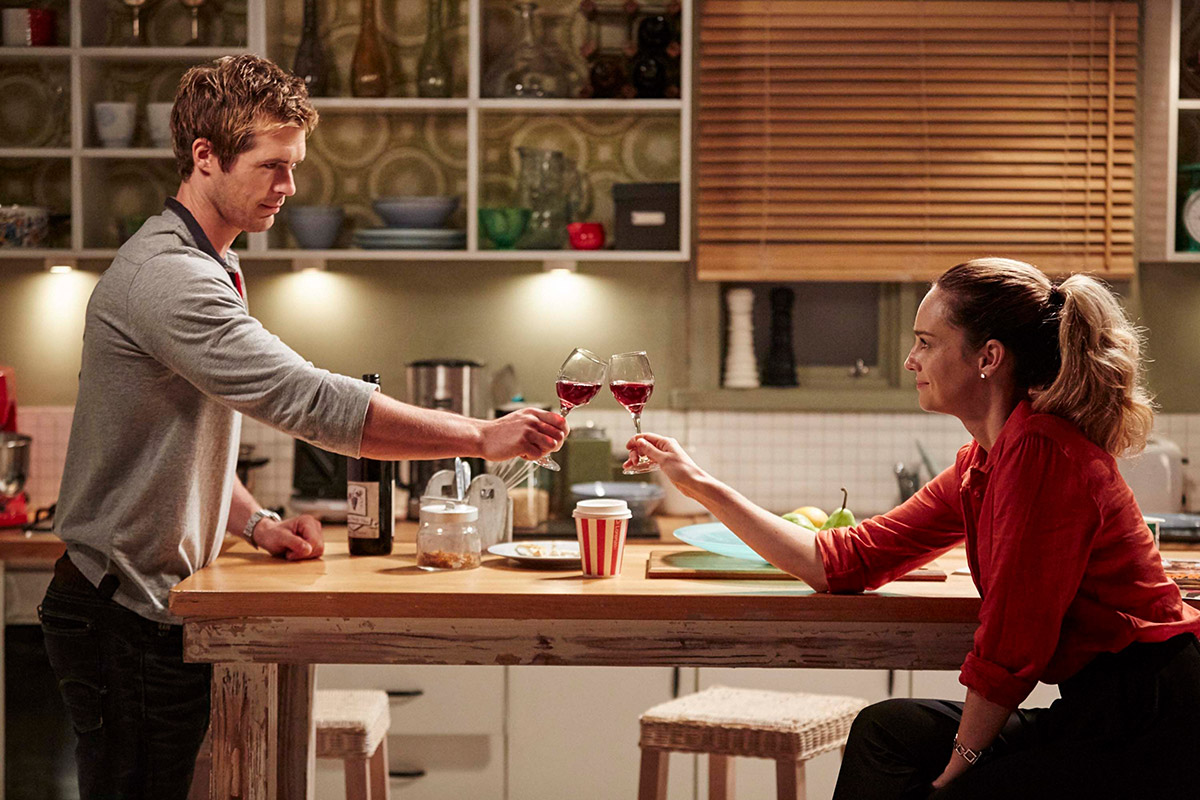 Not only did the doctor struggle in her personal life, but her love life was just as, if not more, complicated than most. She grew close to fellow doctor and recent divorcee Nate (Kyle Pryor) but was warned off him by Justin and his ex-girlfriend Kat (Pia Miller). 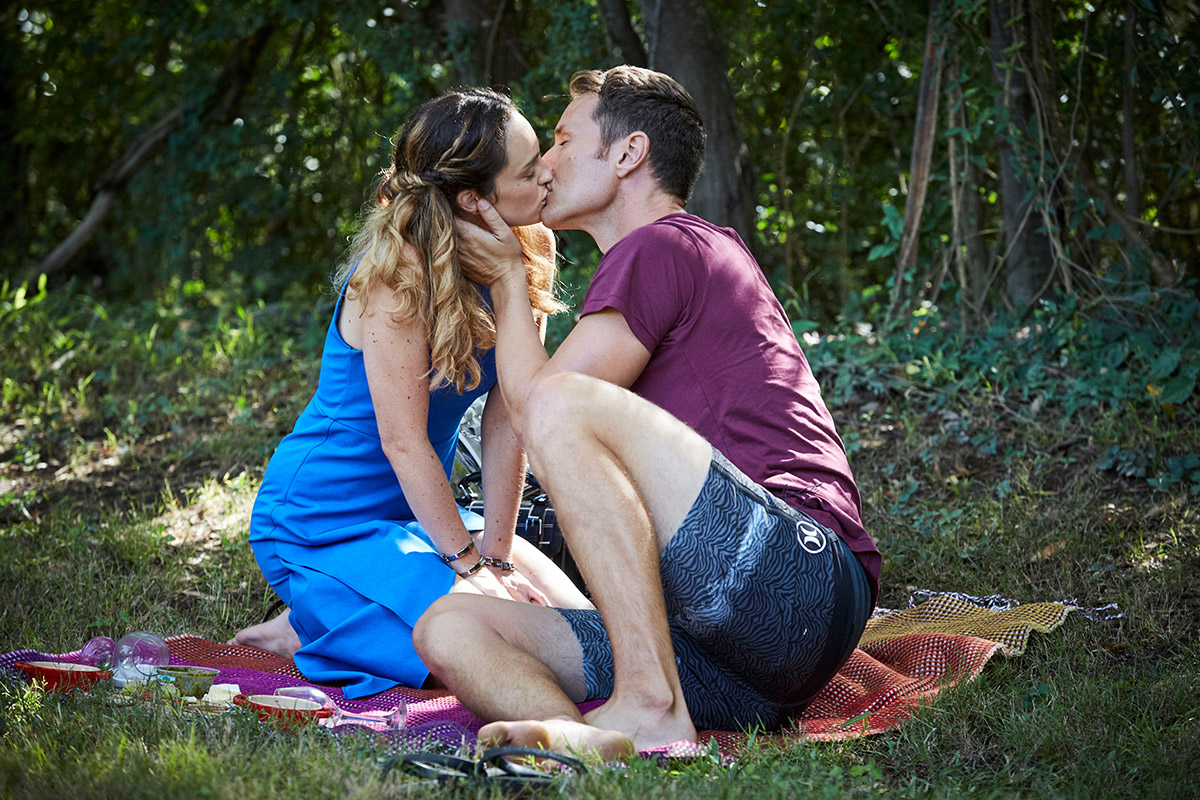 Following this, she found herself falling for Alf’s (Ray Meagher) wayward and estranged son Duncan (Benedict Wall), who returned to the Bay to reconcile with his father. However, when his terminally ill wife Caroline (Nicole Shostak) and their son Bryce followed him to town, she realised she couldn’t pursue a serious relationship with him.

Tori was shocked to learn that the Morgans had a younger half-sister, courtesy of an affair Decker had with their mother. Following Decker’s murder by the syndicate, Raffy came to live with them. 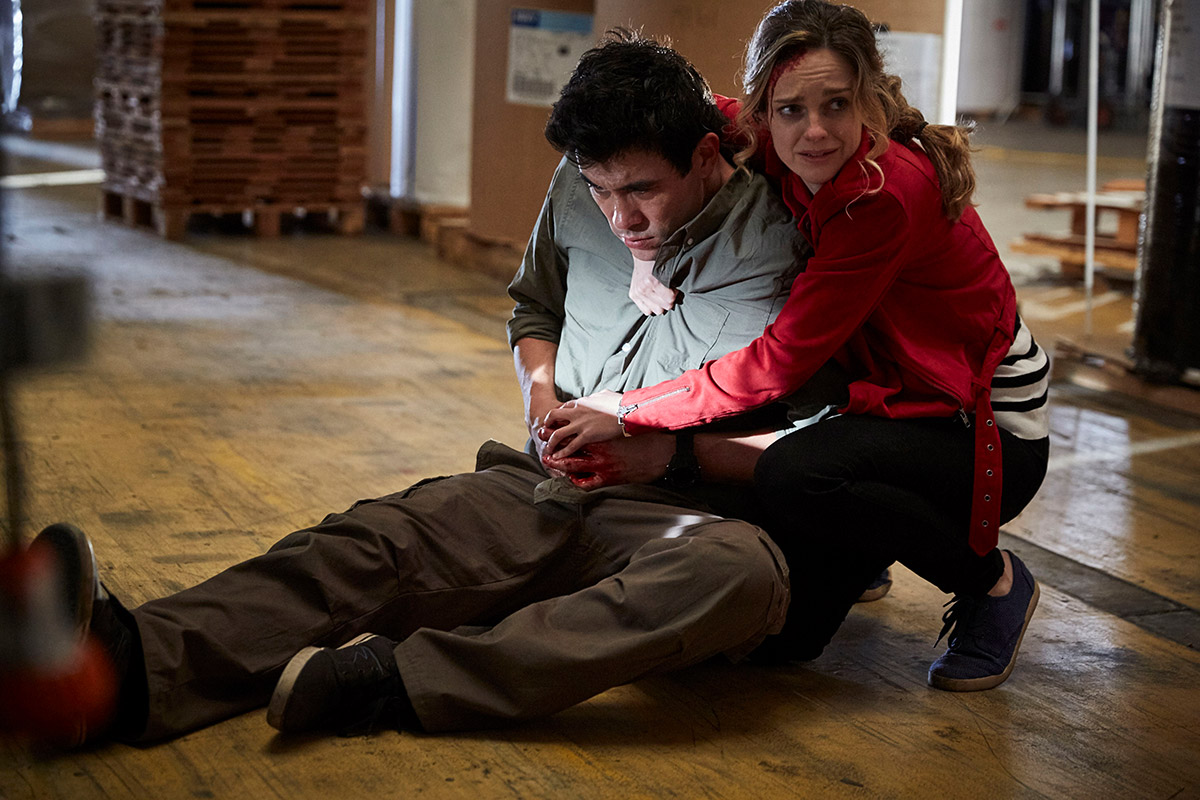 As Tori’s first six months in the Bay drew to a close, she was shocked to learn not only had the syndicate reared their head for one final chance to take out Justin, but her ex Riley Hawkins (Ryan O’Kane) – who only knew her as Tessa – was in Summer Bay. She gave their relationship a second chance, but it was short-lived and he was banished when she learnt that he was trying to get Nate fired to get him out of the picture.

Now free of the life of Tessa Lee, Tori moved forward. Her relationship with Nate didn’t work out, and she played a big part in helping Brody give up ice after he developed an addiction. But her next big movement came when she began crushing on Ash (George Mason). It was an odd coupling, but the pair hit it off and made things work for some time. However, after she became involved in the Robbo (Jake Ryan) fiasco, the pair parted ways. 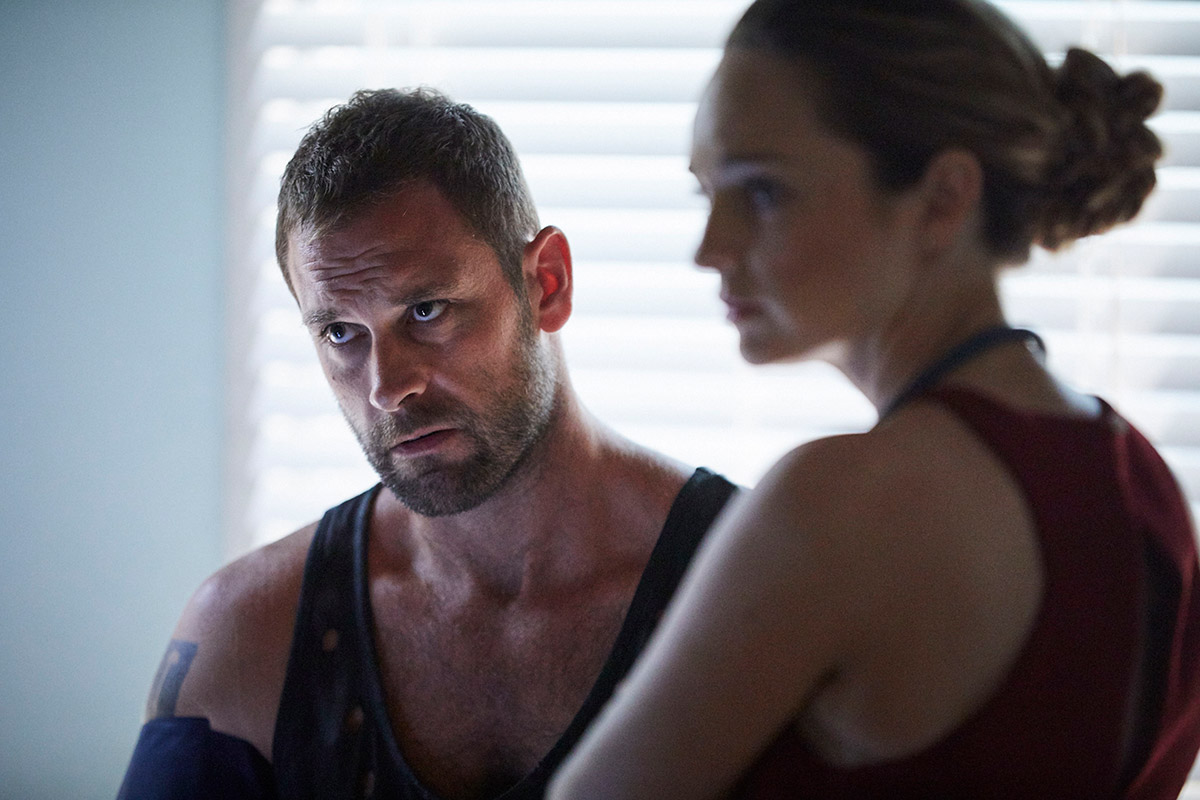 After suspecting she was pregnant to Ash, Tori returned a negative pregnancy test. She began to question whether she would ever have a family. Having always been desperate for one, she decided that even if she didn’t have a partner, she was going to have a child on her own. She asked Robbo to be a donor, to which he agreed. However, after a miscarriage, she went behind Robbo’s back to have another fertilised egg implanted without his permission.

He was furious when he learnt what she’d done, but soon came around to the idea of having another child. The rift between his then fiancée Jasmine (Sam Frost) and Tori lasted for much longer though, even culminating in a slap. Unfortunately, the corrupt cops who were after Robbo infiltrated his life once again, and Tori was moved to a safehouse (something she was quite used to by this point!) 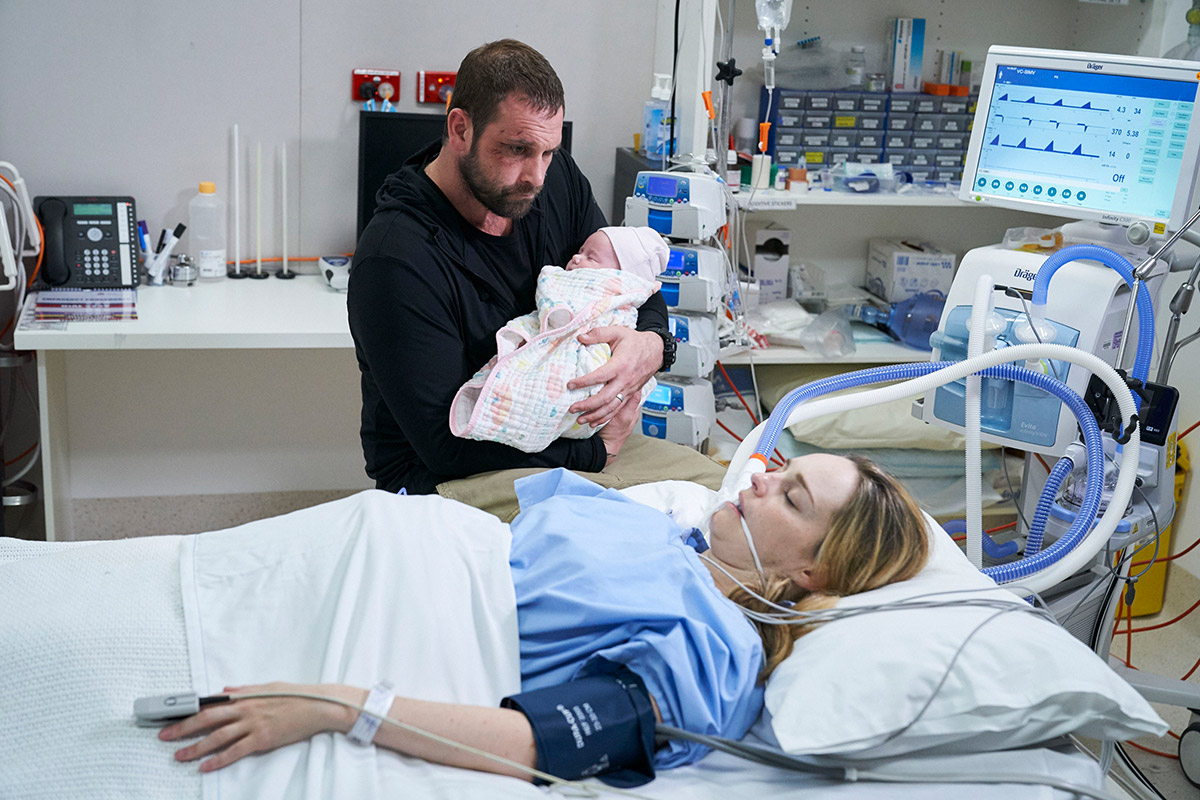 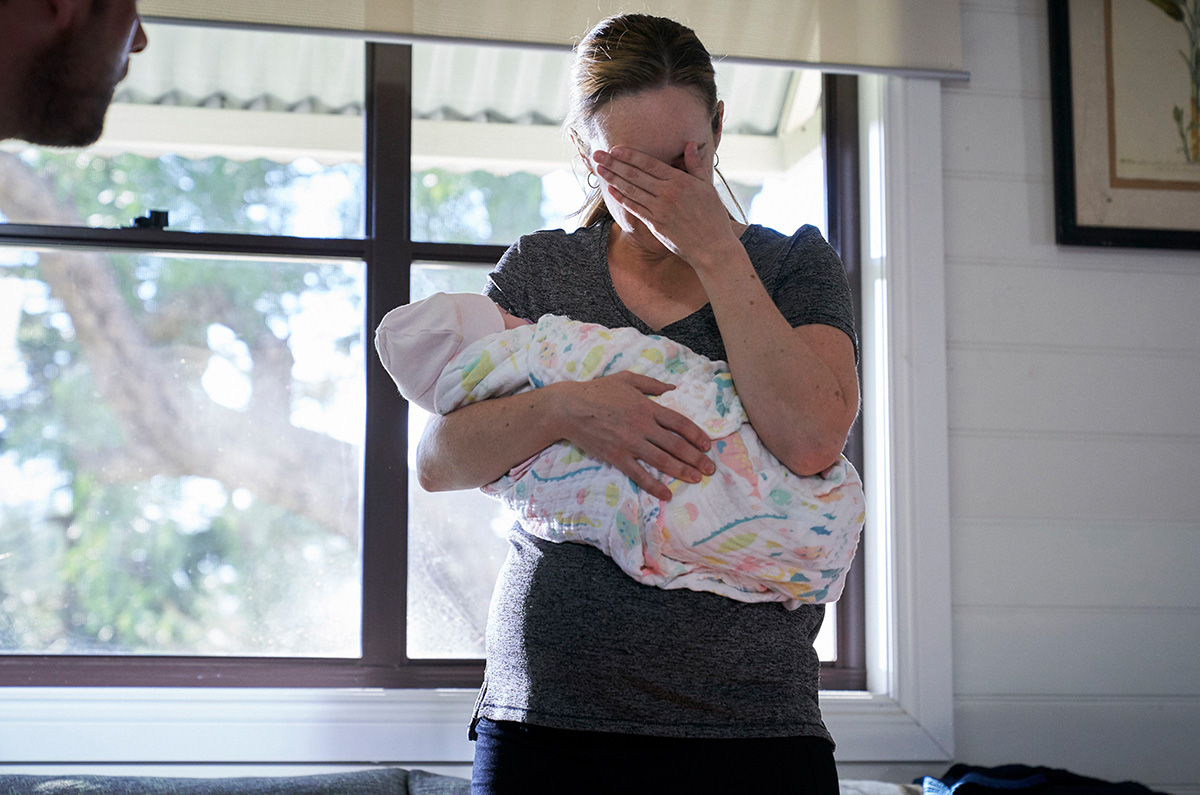 In protection, she gave birth to Grace, but lapsed into a coma not long after following a postpartum haemorrhage. She struggled to bond with Grace once she woke up, but by the end of 2019, she accepted her as her daughter.

Tragedy was around the corner when both Robbo and Mason were killed by those after Robbo. Tori was forced to take on Jasmine when her grief resulted in her attempting to take Grace away. After months of avoiding one another, and litigation, Tori forgave Jasmine.

After such a turbulent few years, little did Tori know that a little bit of happiness was finally just around the corner. 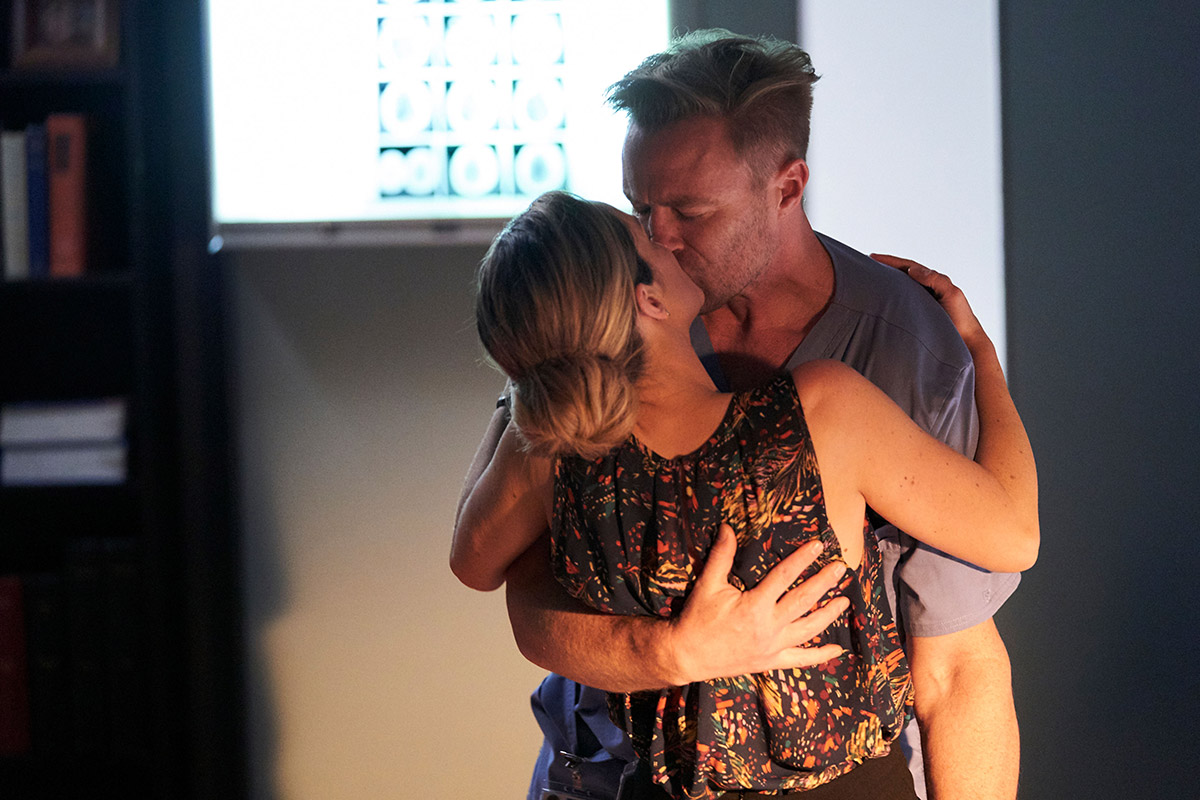 Brought in to help Justin with a tumour in his back, the hot shot neurosurgeon soon made his personal intentions with Tori known when he kissed her in the elevator at the hospital. Their relationship progressed quickly, with them attending Grace’s birthday party together as a couple.

After only four months together, Christian proposed. However, Lewis Hayes (Luke Arnold), a nurse with a grudge against the neurosurgeon, taunted him and attempted to kill him. Although he survived, he was plagued with flashbacks and began to question – what was his purpose in life? 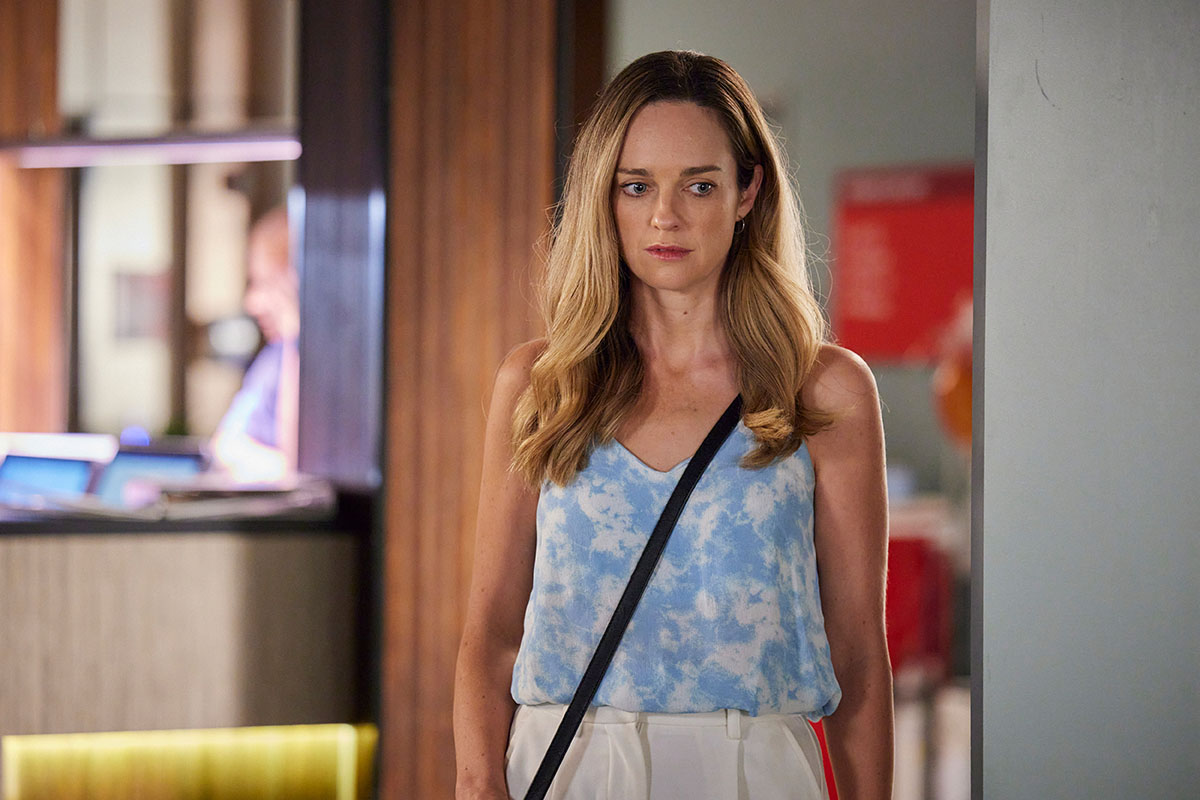 Only weeks later, Christian called off his wedding to Tori after he bore witness to a skydiving accident that left Rachel (Marny Kennedy) with atlanto-occipital dislocation, a rare medical condition known in layman’s terms as internal decapitation. They called it quits when it became obvious that Christian believed Rachel to be ‘his calling’. Unfortunately, she was killed not long after and he and Tori slowly began to rebuild their relationship.

The following months weren’t without the hiccups, but Tori and Christian have finally made it to the altar. 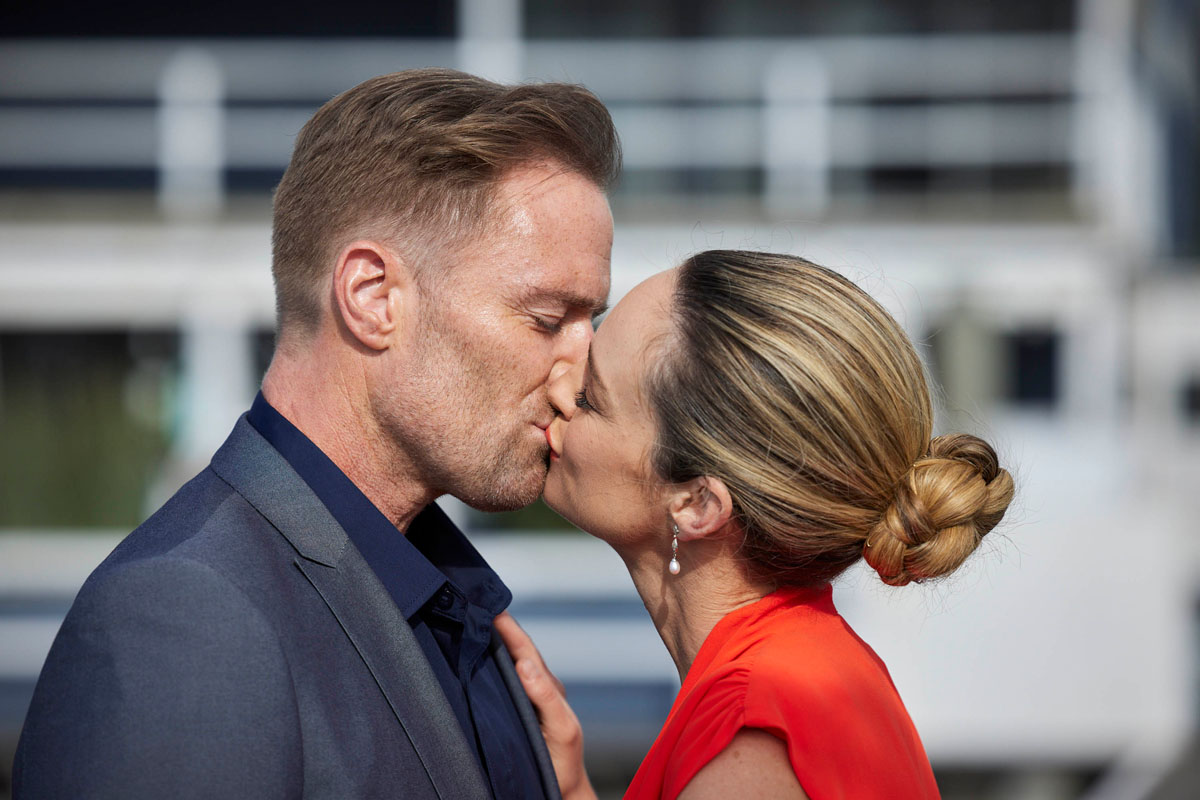 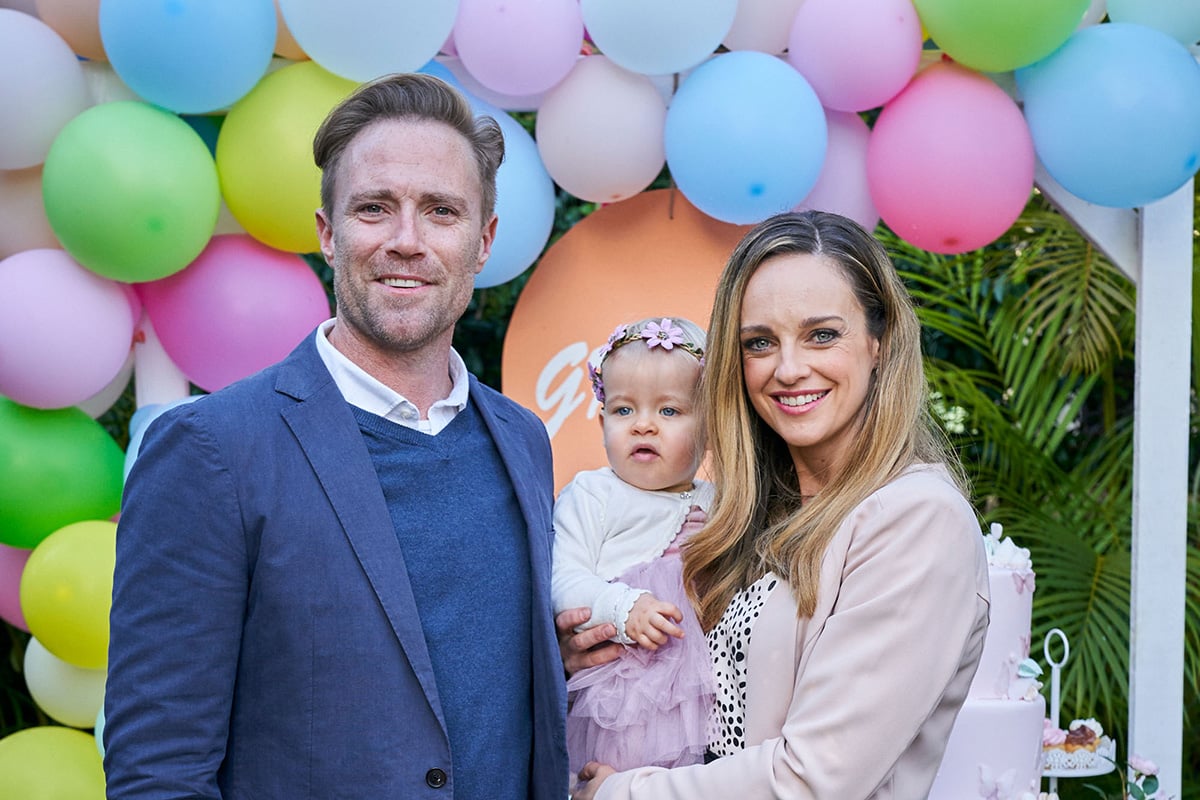 Tonight, the pair wed and bid farewell to Summer Bay, leaving for London where they have both picked up jobs in their respective lines of work.

It truly is the wedding we have all been waiting for! 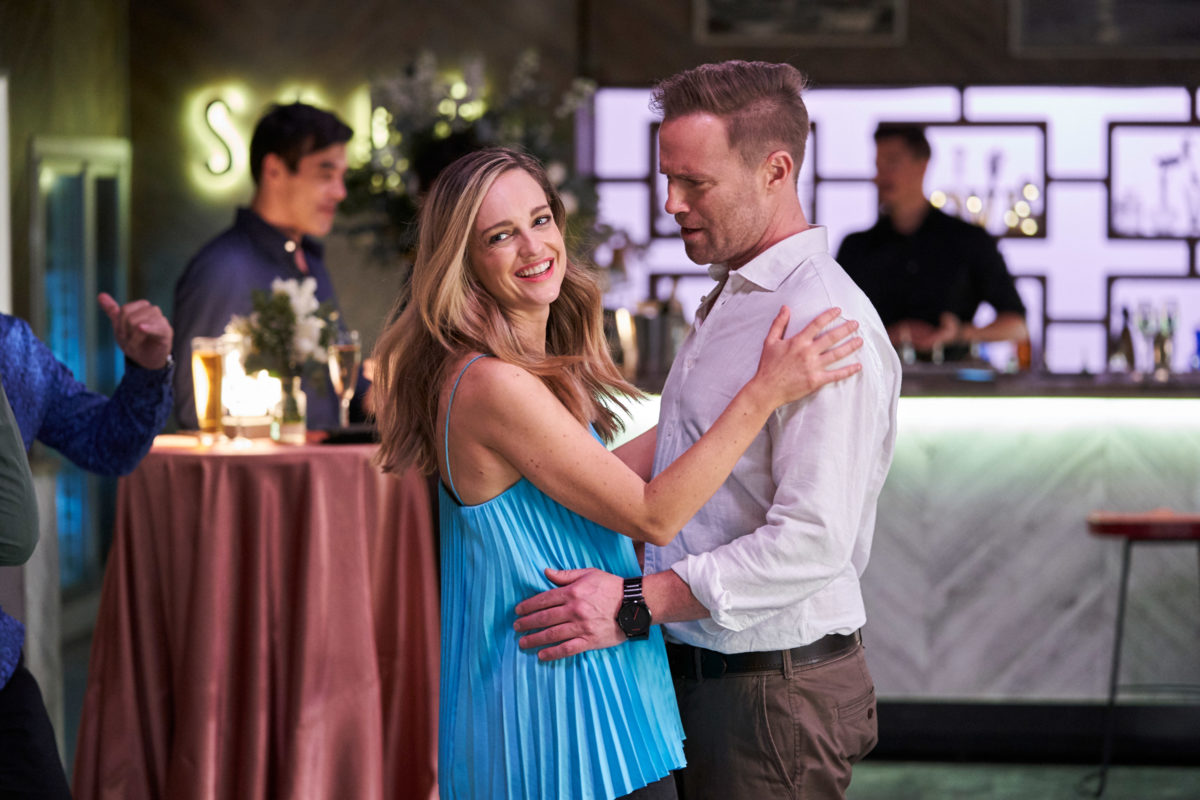 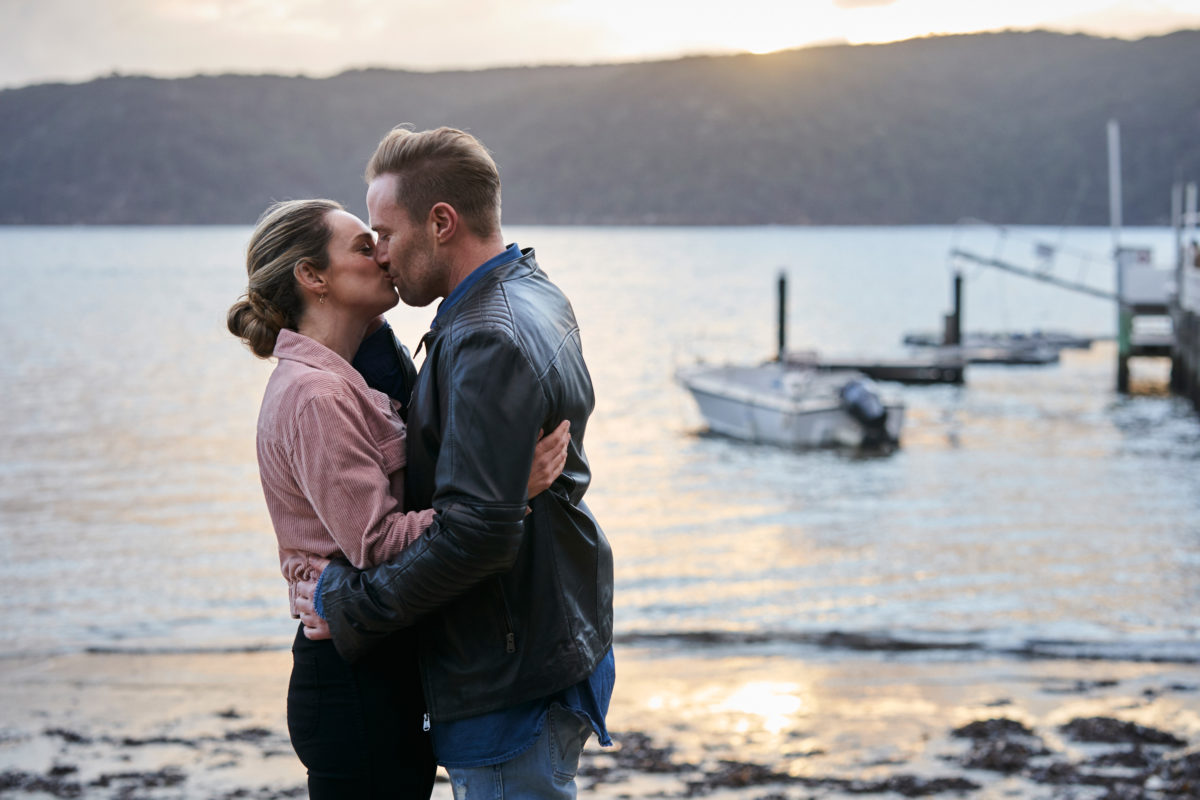 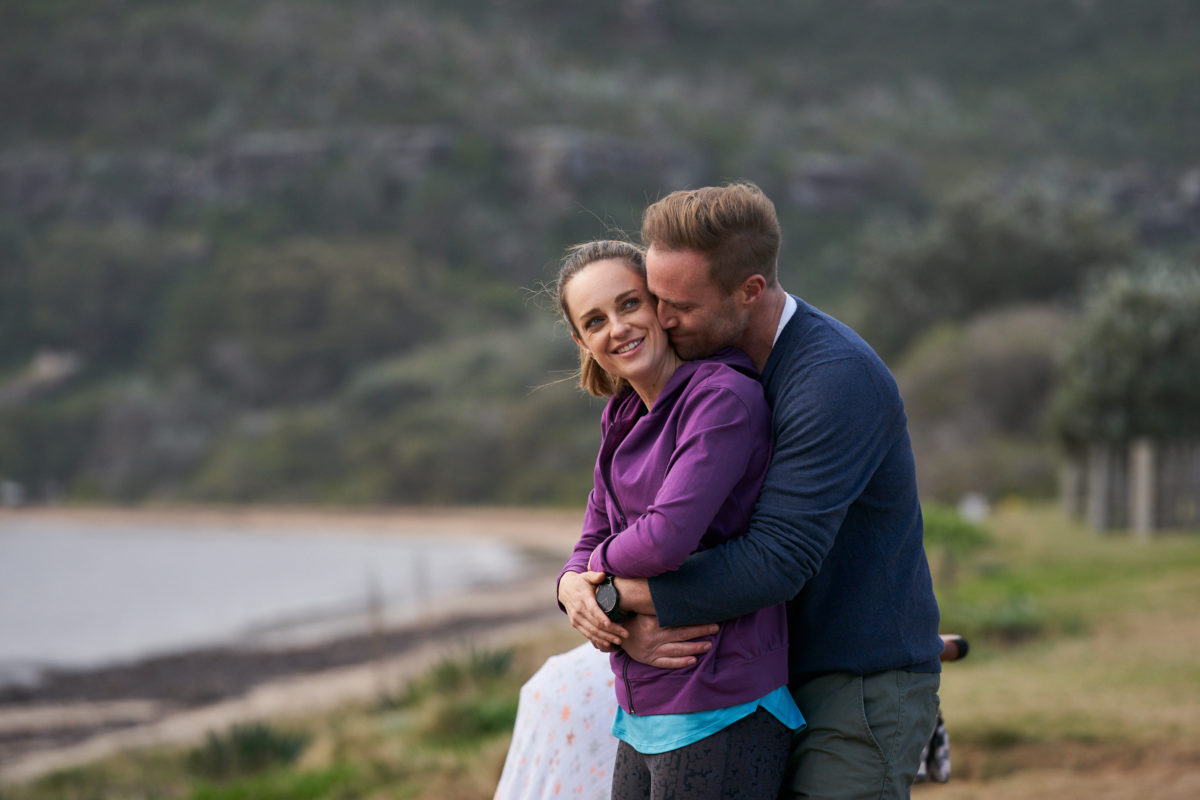 Tori and Christian’s wedding and departure airs in Australia on Monday 27th September, and in the UK on Wednesday 10th November.

Chloe organises a surprise for Ryder. Ziggy and Dean have a date night. Tane and Felicity have a very public rumble.