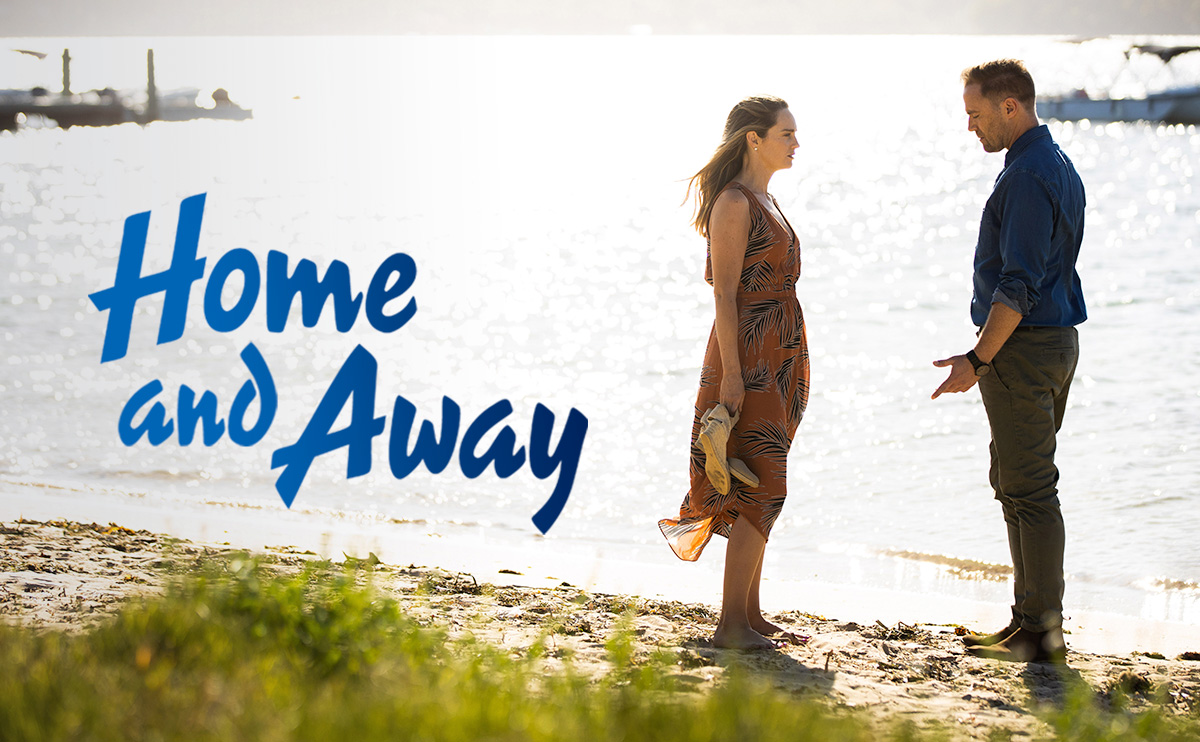 On next week’s Home and Away in the UK, Christian’s life continues to change thanks to Rachel’s influence on his life, as he makes the decision to move out of the Morgan house. 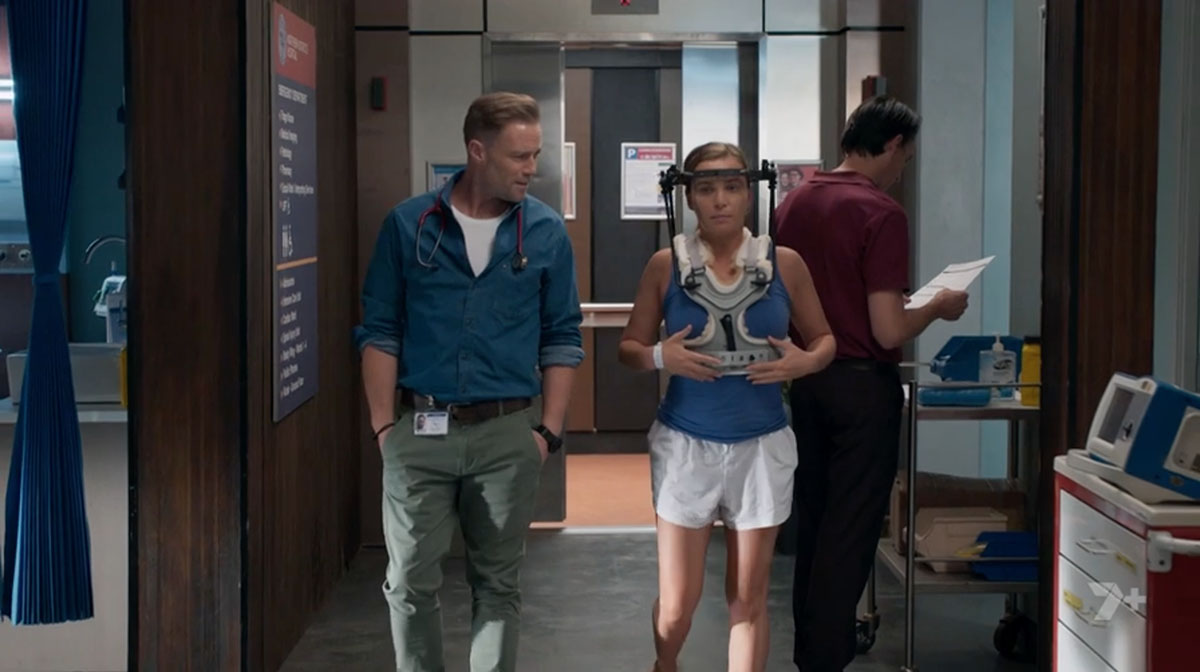 On next week’s episodes, things don’t get any better for Christian and Tori. Rachel is continuing to improve after her skydiving accident, and is now up and walking around the wards of Northern Districts Hospital without any physical support. As Christian walks with her, their rapport continues to grow, and their friendship is one of the few things brightening up her repetitive days.

Meanwhile, Tori is having to deal with the fact that Justin no longer wants her to treat him. He’s in hospital after overdosing on painkillers he bought online, meaning Tori is struggling with two huge life events. Having to see Christian and Rachel together is the last thing she needs. 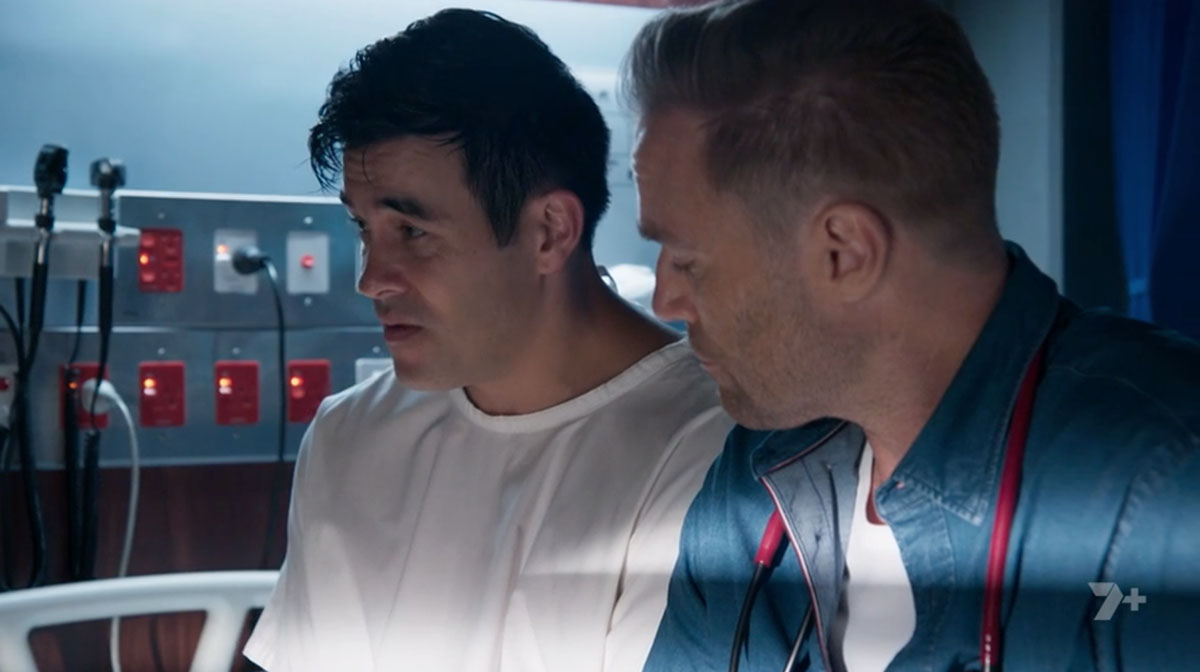 After speaking to Justin, Christian admits to Leah and Tori that he’d previously tried to get him to write him a prescription a few weeks ago. Tori, already blindsided by her brother’s sudden collapse, can’t believe that her fiancé had been given a warning sign and did nothing about it.

She’s furious that he didn’t tell her that her brother was having issues, and believes they could have caught his addiction sooner.

“If you weren’t so busy searching for your higher purpose in life, you might have picked it up sooner,” she berates him. “You’re spending all your time with Rachel!” 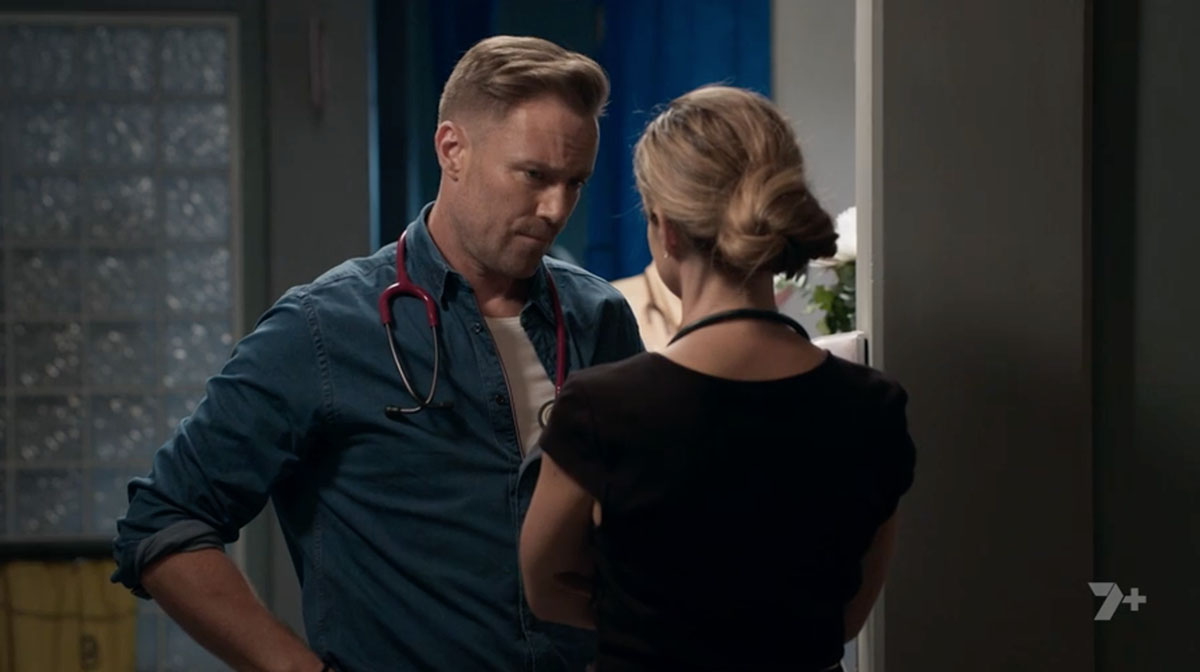 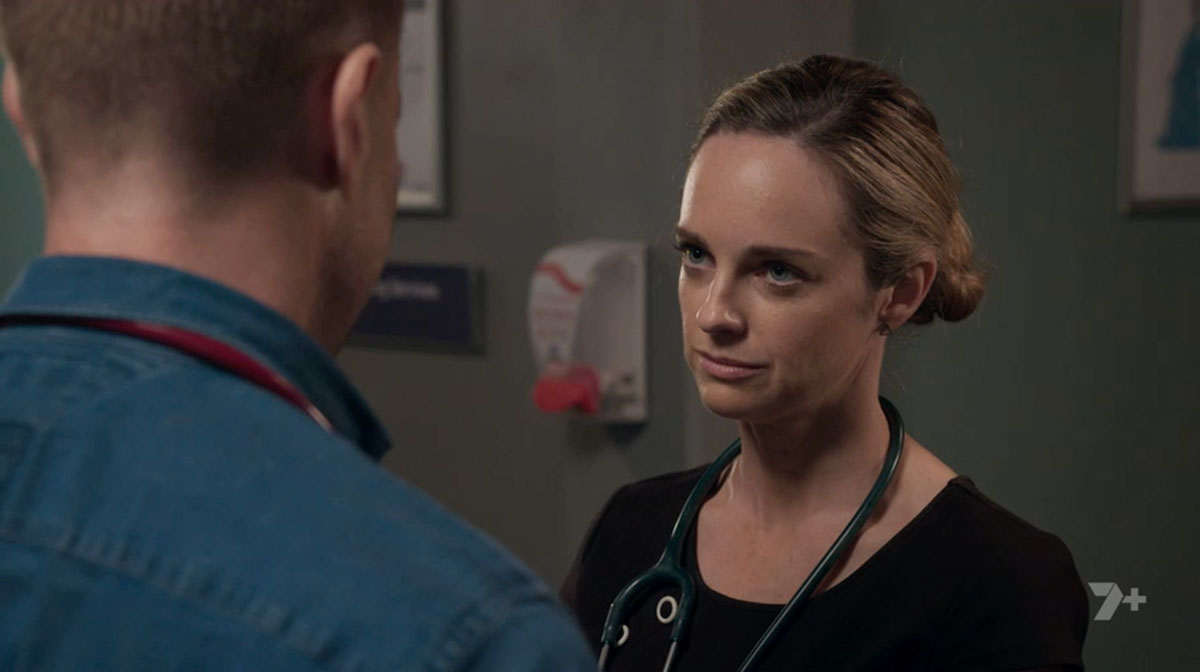 While she later apologises for blaming him, it’s clear they still have some big issues.

That evening, Christian sticks around in the hospital to keep an eye on Justin, clearly feeling guilty for not doing more sooner. However, when he finds Rachel wandering the corridors alone, he offers to take her back to her room. There, he finds himself opening up about his ongoing issues with Tori and the issues with Justin, until he eventually falls asleep in the chair in her room. 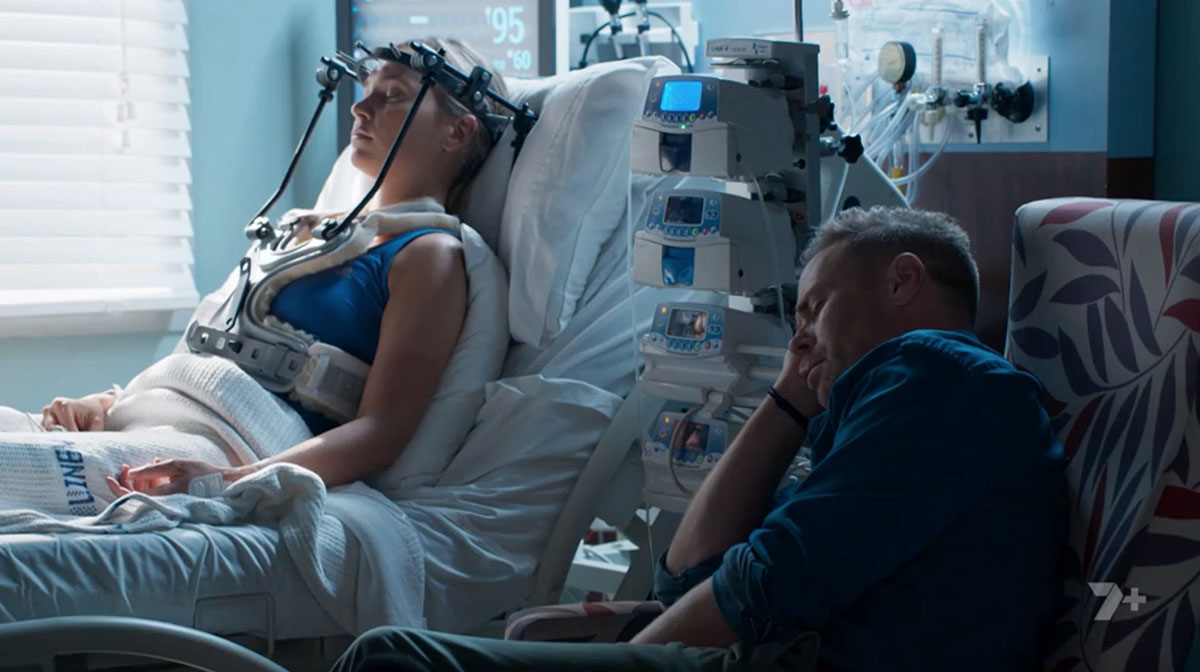 That is, of course, where Tori finds him the next morning after she comes rushing into the room. Justin bailed early in the morning and Tori just had a call from the hospital telling her to come in right away! Considering Christian had planned to spend the night watching him, it’s his fault that he managed to escape.

“You were supposed to stay with him, he could be anywhere by now!” 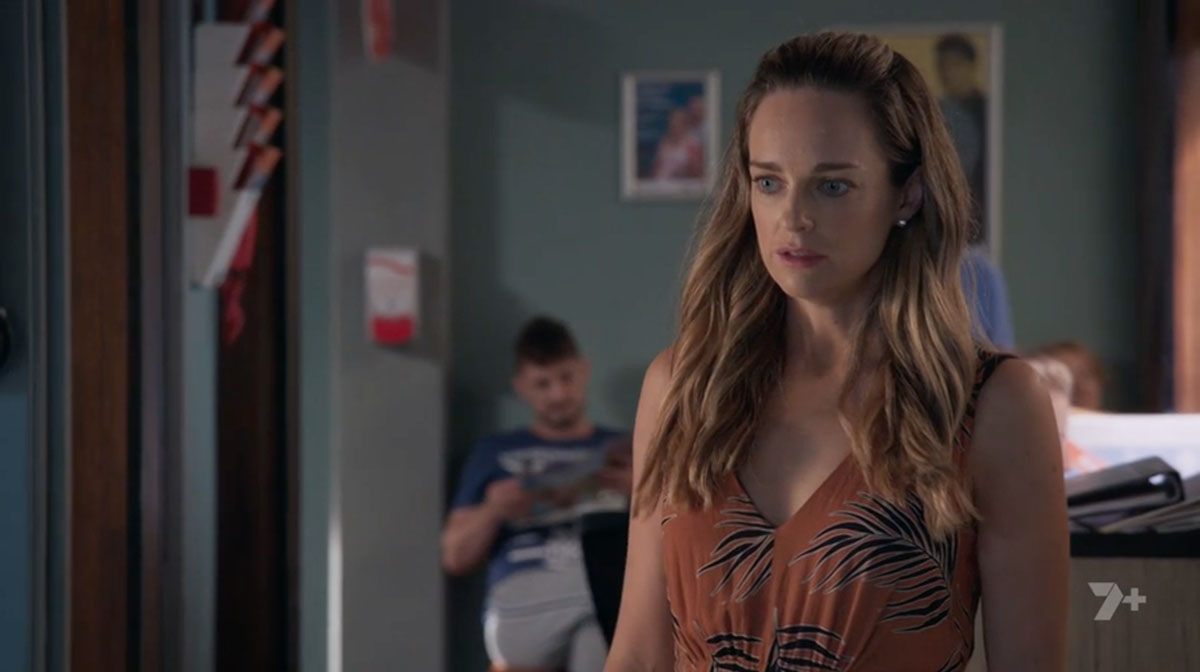 Soon after, Rachel finds herself in a confrontation with Tori as she wanders through the ED. By now, Tori is fed up with the sight of this other woman, patient or not, and lays into her, asking what is it that she and Christian talk about all the time. 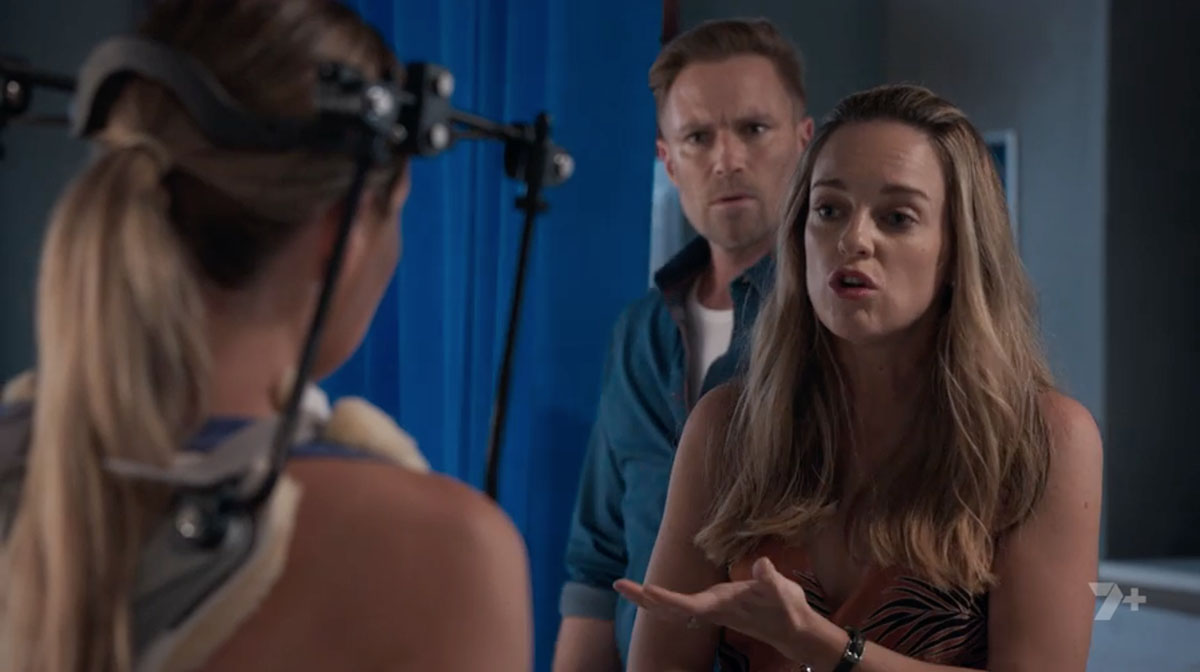 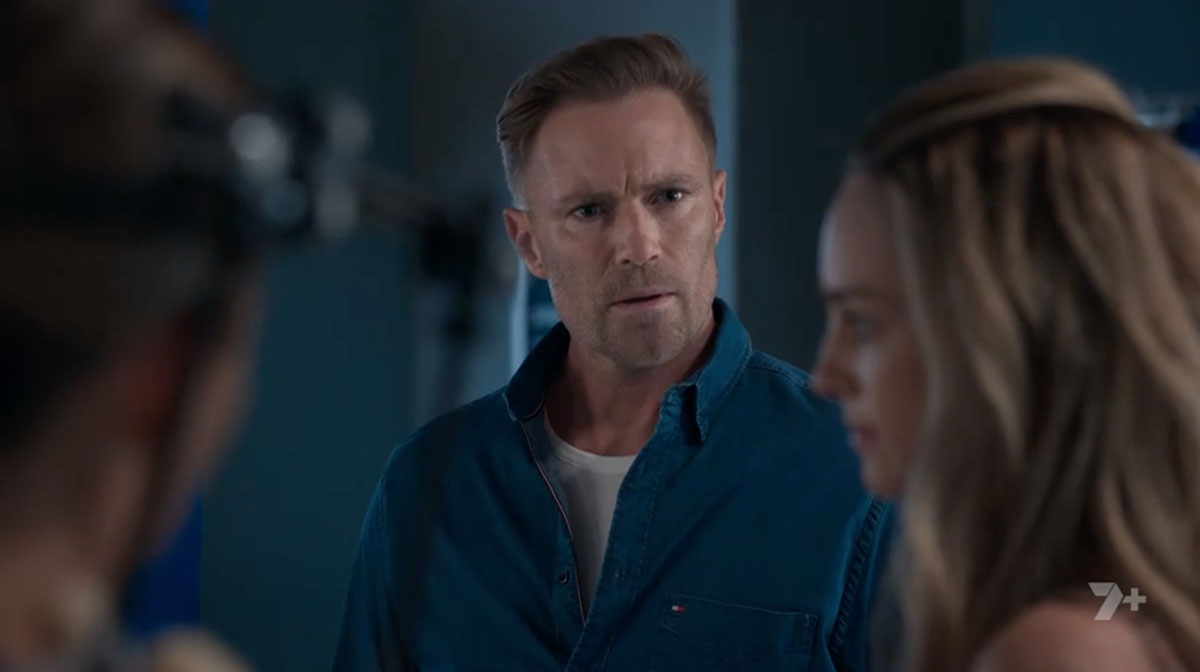 Christian enters at the very moment his fiancée is ripping into his patient, and pulls her aside for a word. While he calls her out for her behaviour, Tori is livid – “after all that you’ve put me through over the last few weeks, you dare to have a go at me?”

It turns into a full on, heated argument, as Tori tries to make Christian see that he’s prioritising a stranger over her. “Instead of talking to Rachel, why don’t you try talking to me?”

However, when she tells him that she can’t even wrap her head around what he’s going through, he makes a devastating decision. He reassures her that he has nothing to worry about with Rachel, but he just can’t deal with the topic of their wedding right now. 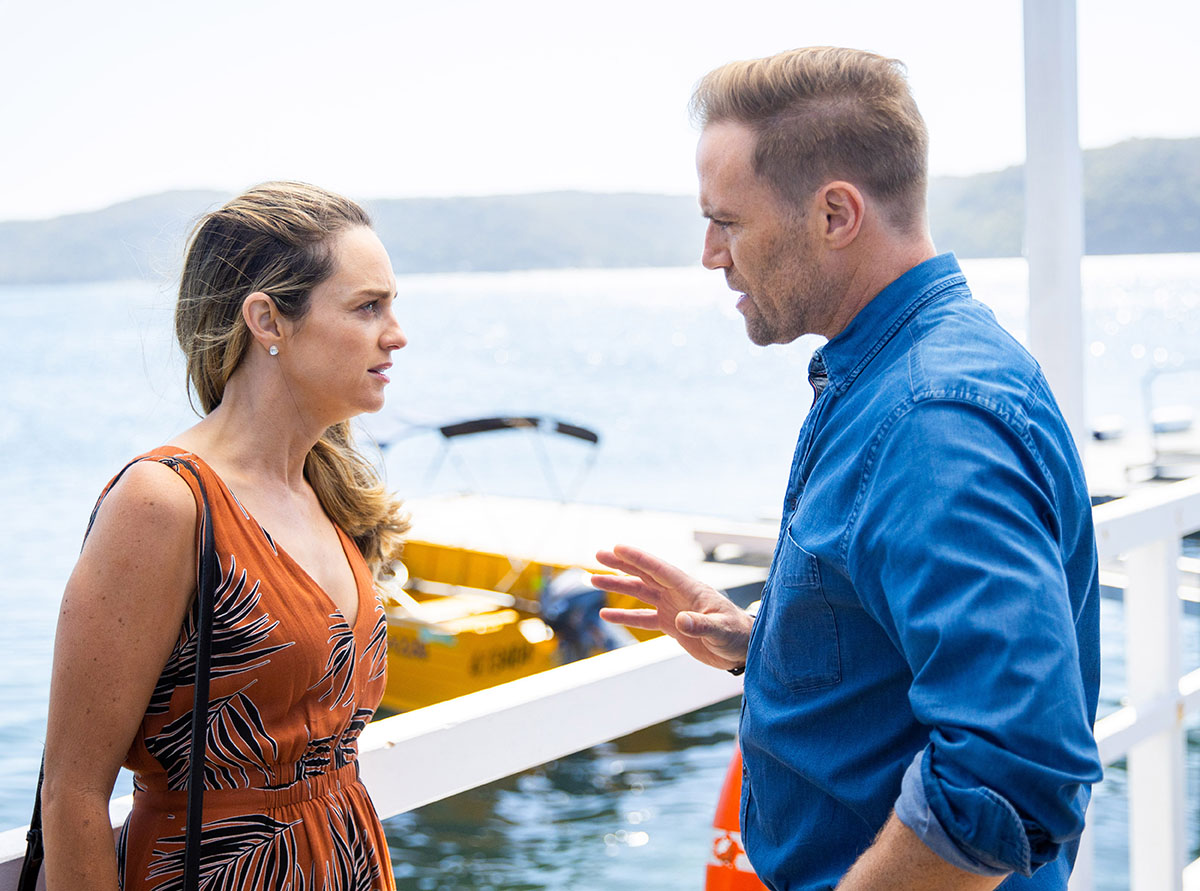 He finally admits that Rachel can understand what he’s going through in a way that Tori never could.

He’s opened up to Tori about his near-death experience, and how it left him wanting answers that science couldn’t explain, but she simply brushed them aside. If there wasn’t a scientific explanation, she simply wasn’t interested. Rachel, along with Jasmine, understood that there was a world beyond science.

“Rachel knows first hand what it’s like to come back from the brink of death.” 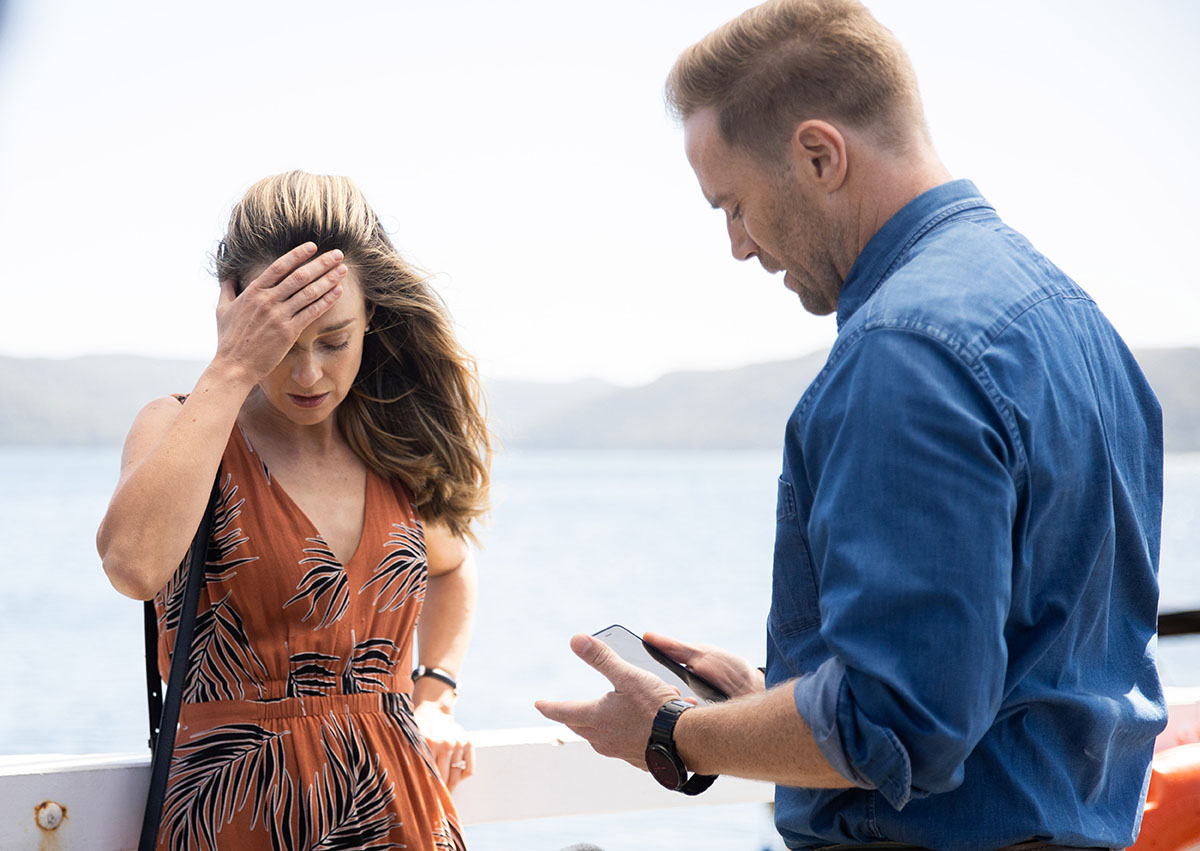 Tori reminds him that she spent the first six weeks of Grace’s life in a coma, so may understand a bit more than he realises, but even that isn’t enough. 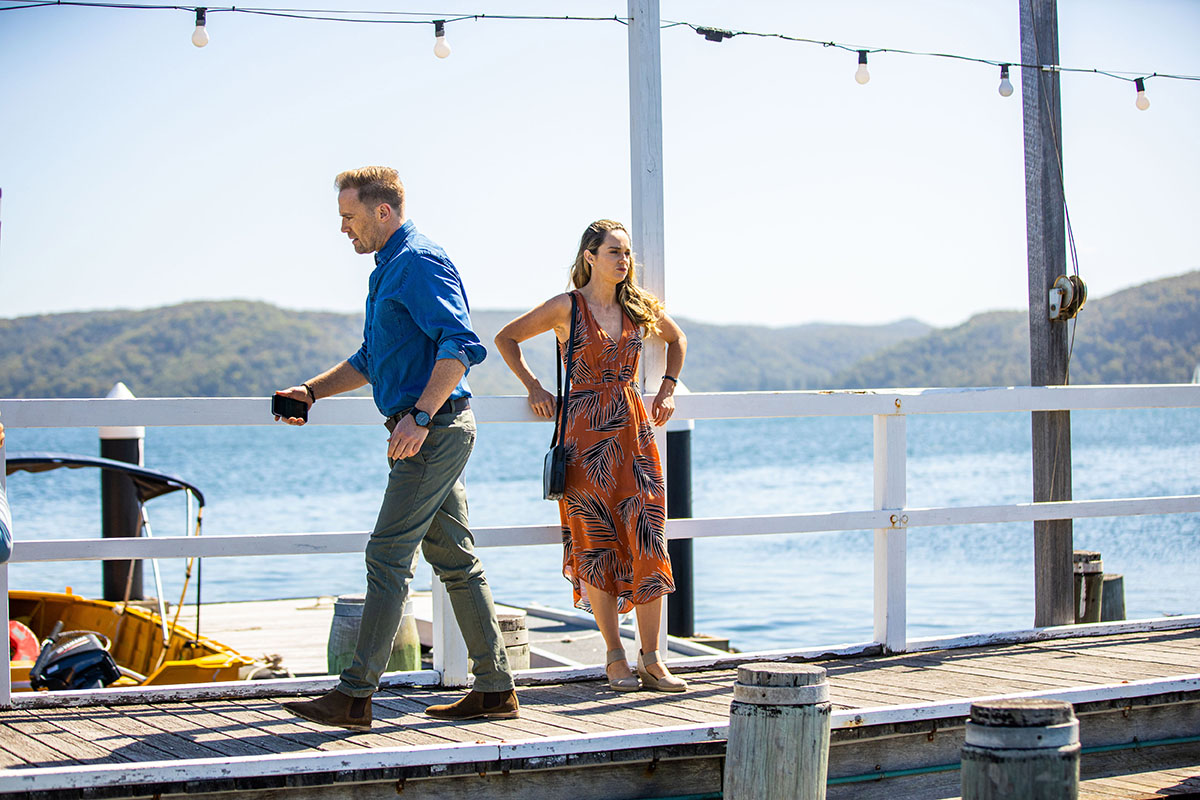 As the pair both finally admit defeat, Christian tells her that ever since Lewis, he knows that all he’s been doing is hurting her. He decides to take a step back, so he can deal with his stuff, and she can focus on Justin. 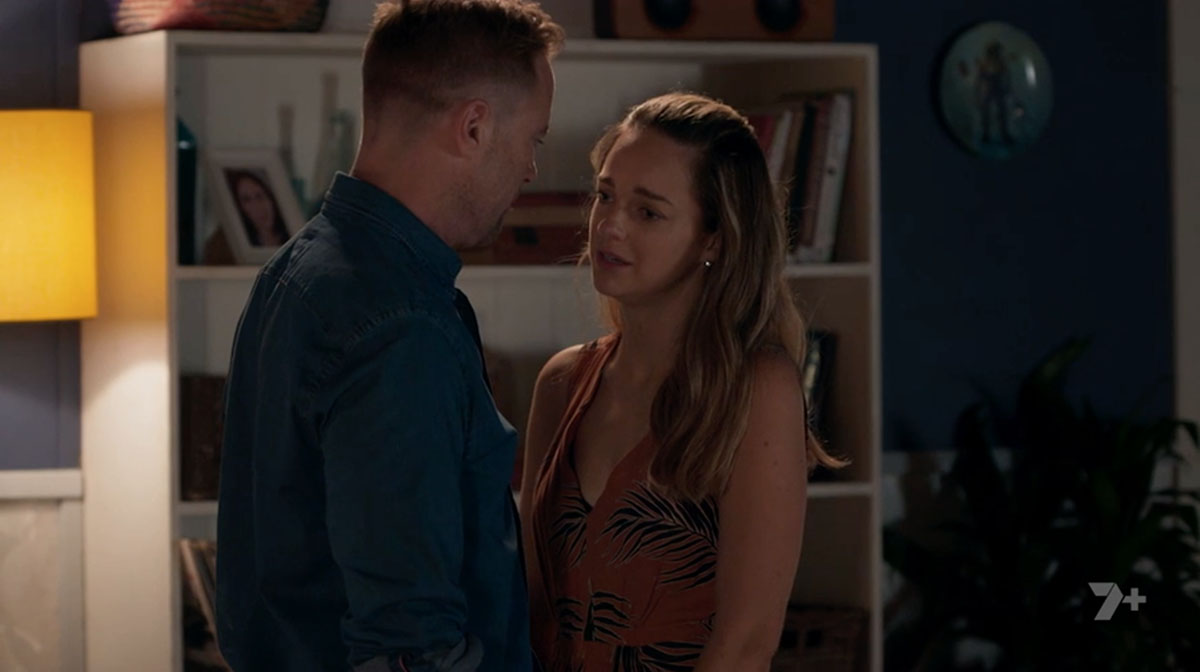 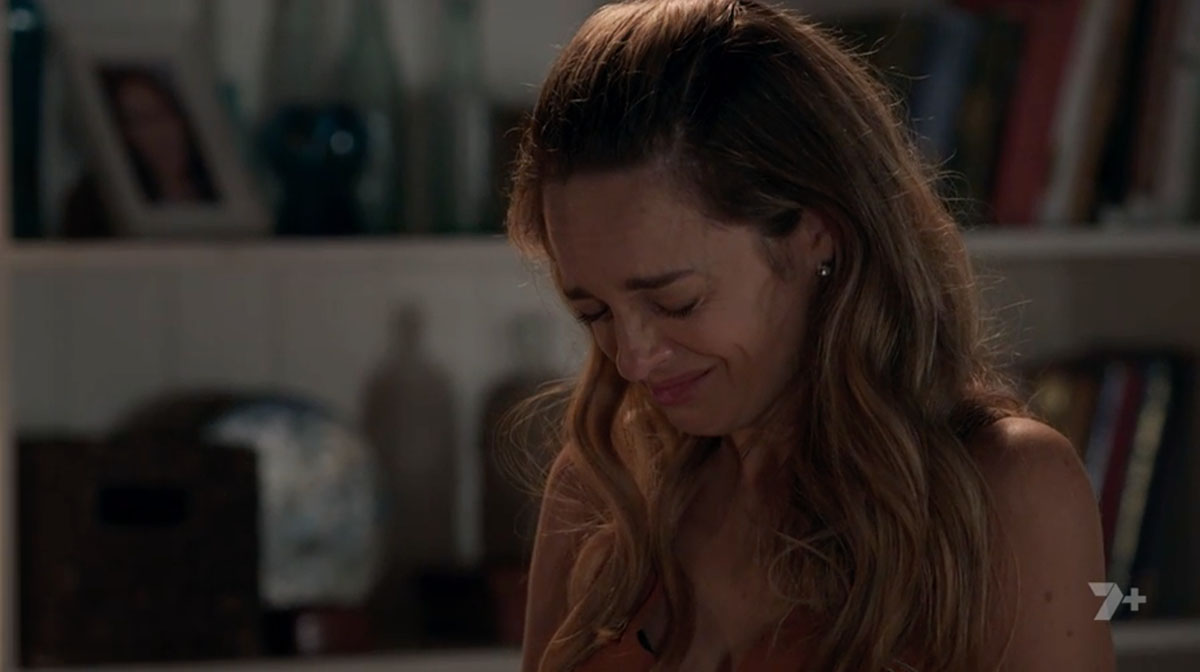 He claims it’s to give them some space and isn’t a breakup, but to Tori that’s exactly how he feels. They’re meant to be married, and instead he’s moving out. As he collects his stuff, packs a bag and leaves the Morgan house, Tori breaks down in tears.

Is her relationship over for good?

Elsewhere next week, Chloe (Sam Barrett) struggles with the news that Mia (Anna Samson) and Ari (Rob Kipa-Williams) are trying for a baby. She’s reminded of their past attempts, of having to put her pillow over her ears as a young girl listening to her mother cry after their various miscarriages.

She doesn’t want her mum and Ari to put themselves through that pain yet again. She tells Ari that they’re back together, they’re happy, “why can’t that be enough?” 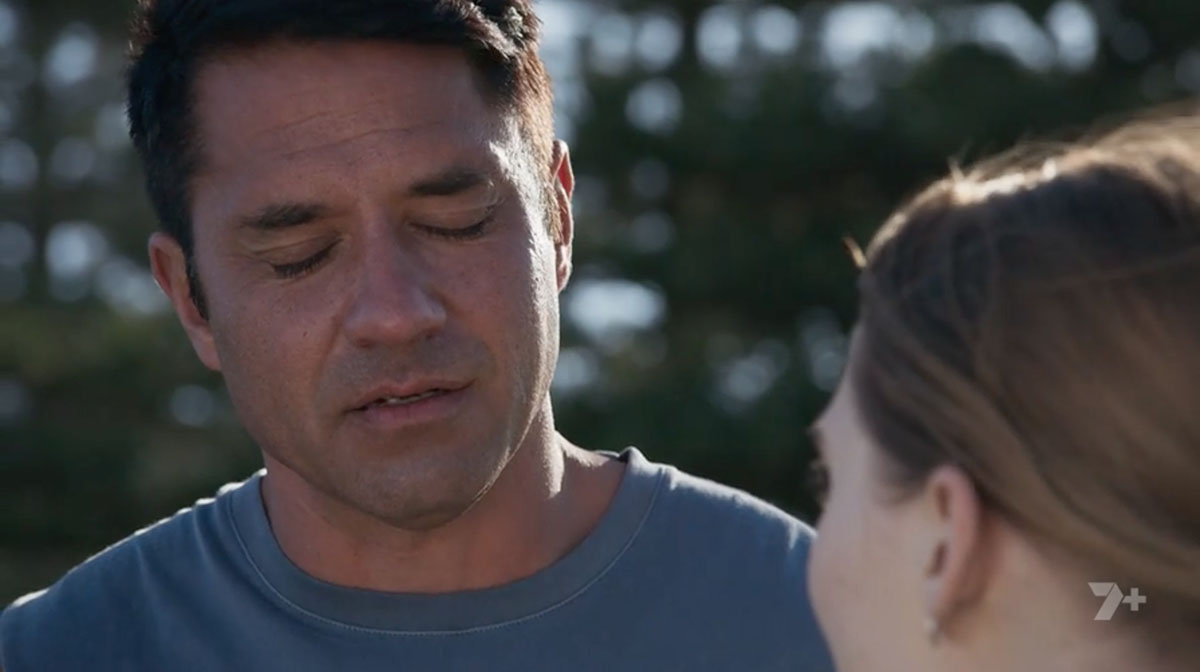 It’s then that Ari doesn’t think before he speaks, as he explains that “we want another chance of a baby of our own.” 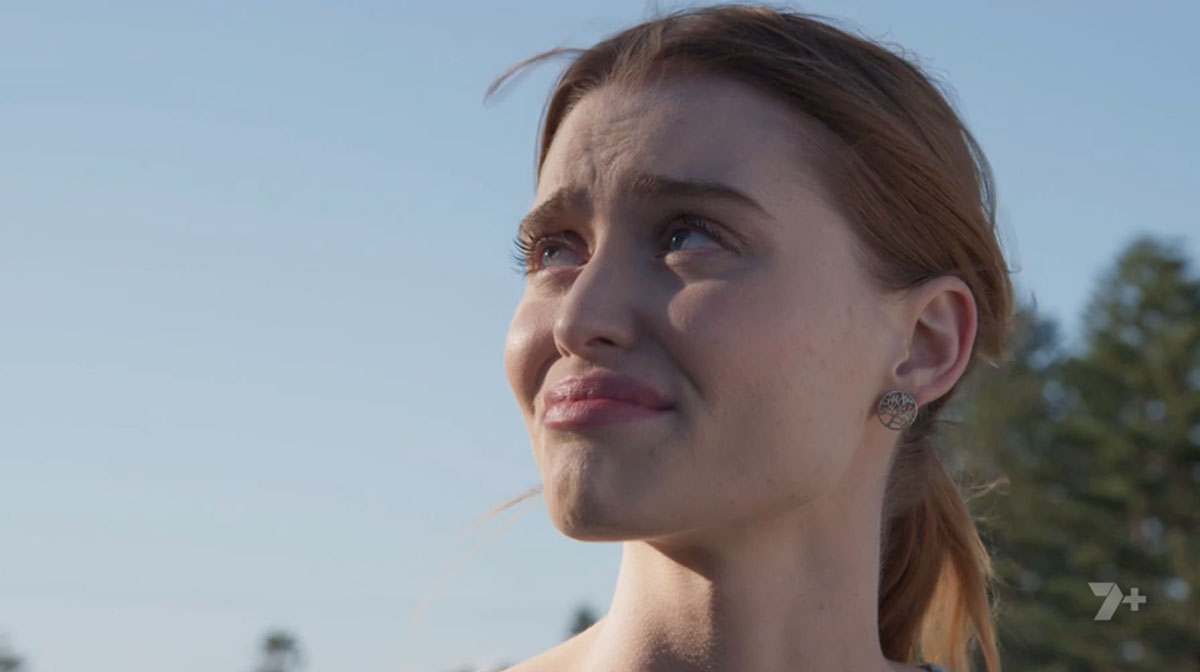 The regret hits the moment he says it, as he sees Chloe’s face change. “Because I’m not yours, right? I’m not your blood so I don’t belong in your fantasy family.”

As she walks off hurt, it’s clear they have their work cut out to convince Chloe that having a baby won’t leave her out in the cold.