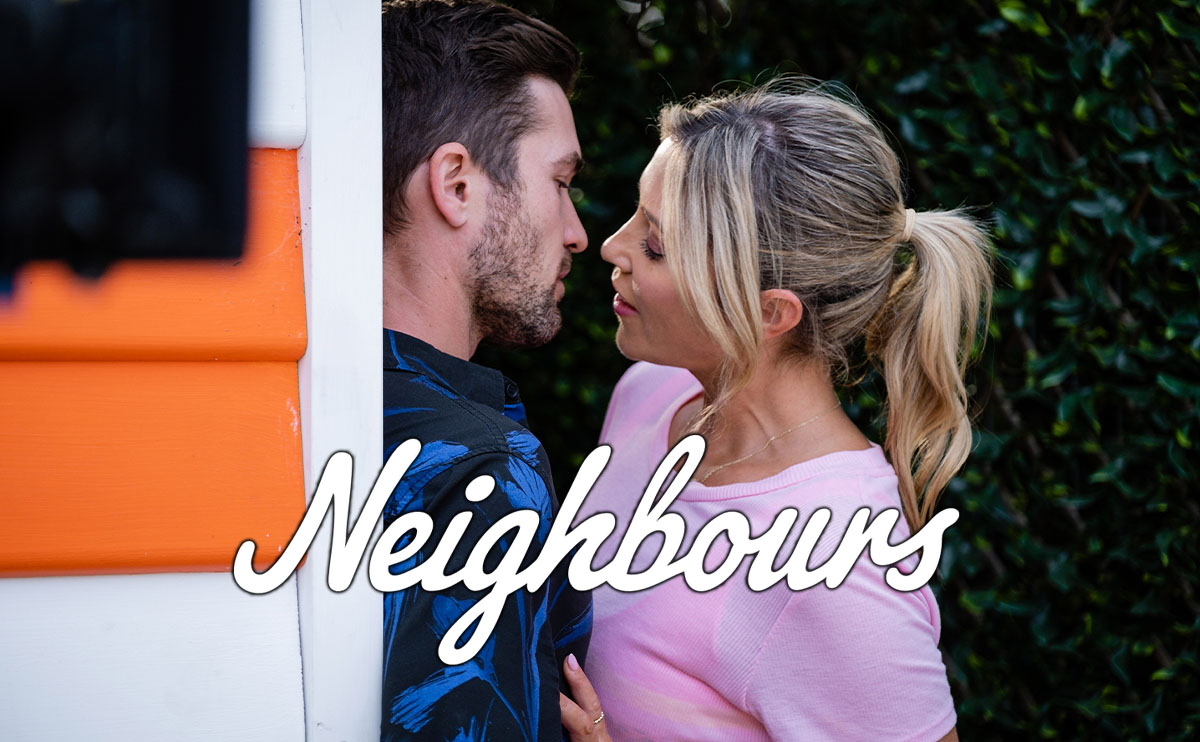 Coming up on next week’s Neighbours in the UK, Amy puts the moves on Ned Willis after finding out if she passes her probation.

These episodes will air from Monday 5th July.

Erinsborough’s Longest Workout competition kicks off this week, but it’s not just Ramsay Street’s residents who are working out. 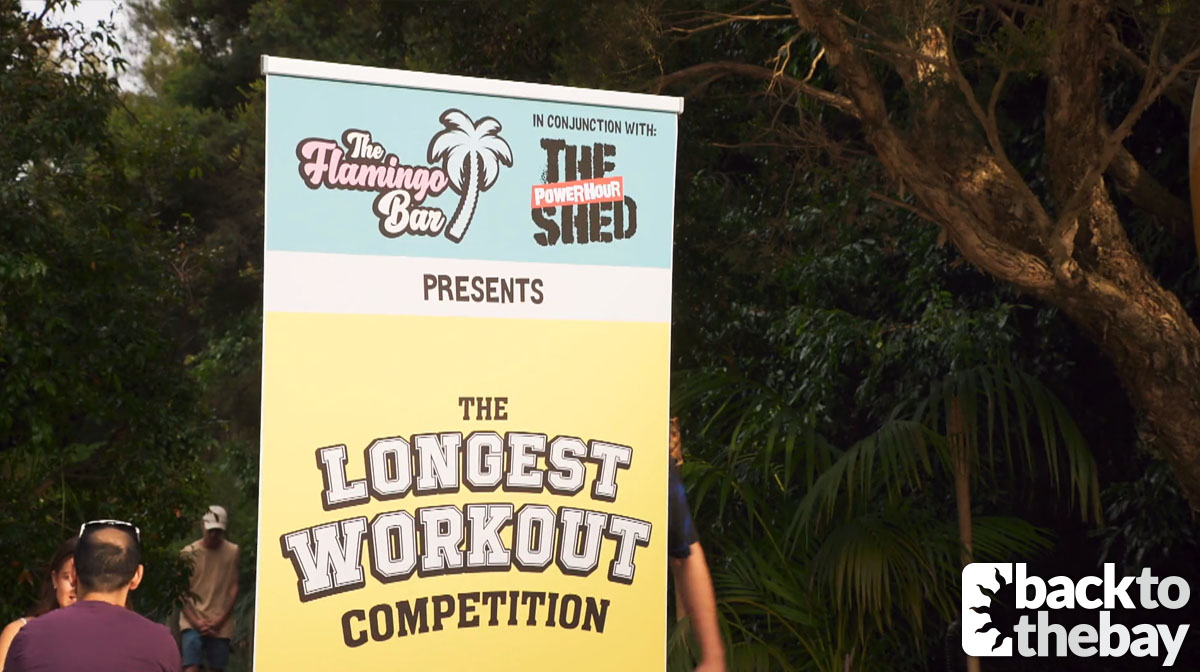 After weeks of preparation, Amy Greenwood (Jacinta Stapleton) is elated to finally launch her first proper event as coordinator and Flamingo Bar manager.

On top of that, her and Roxy (Zima Anderson) have finally made a pact to work together without complaint as a way of appeasing Lassiters owner Paul (Stefan Dennis) and general manager Terese (Rebekah Elmaloglou). 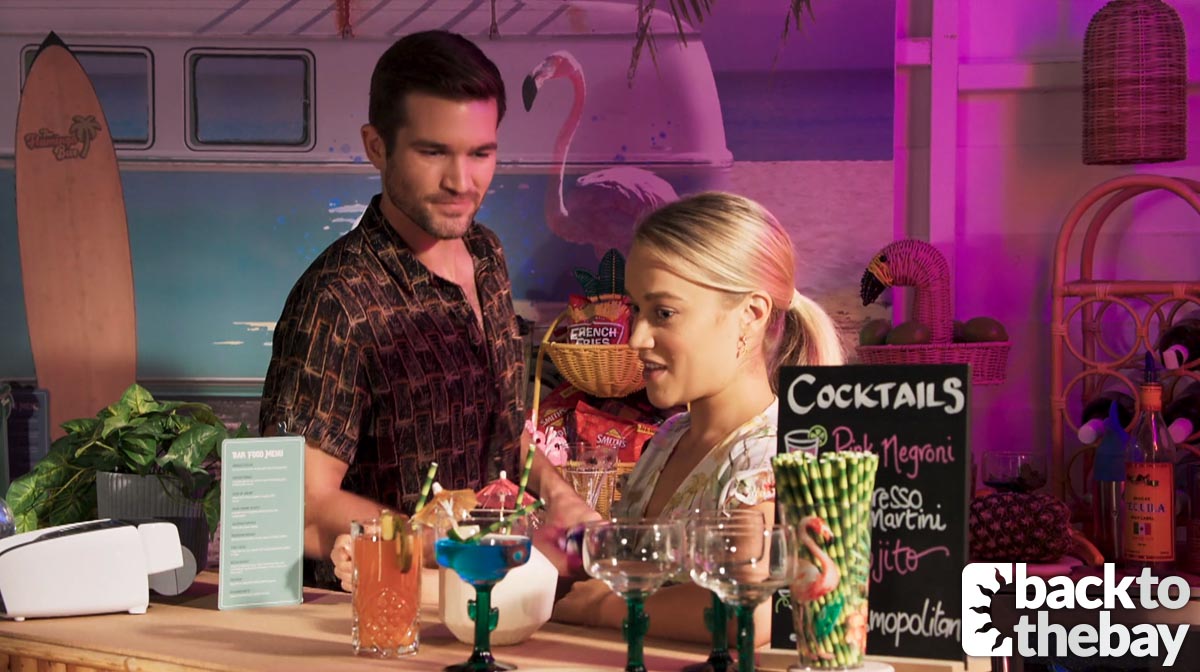 However, it’s soon clear to Ned (Ben Hall) that Roxy is still attempting to sabotage her boss, despite the façade.

Telling Ned that Amy’s probation period is up the next day, Roxy assures him that with everything she has planned, there is no way Amy could possibly pass! 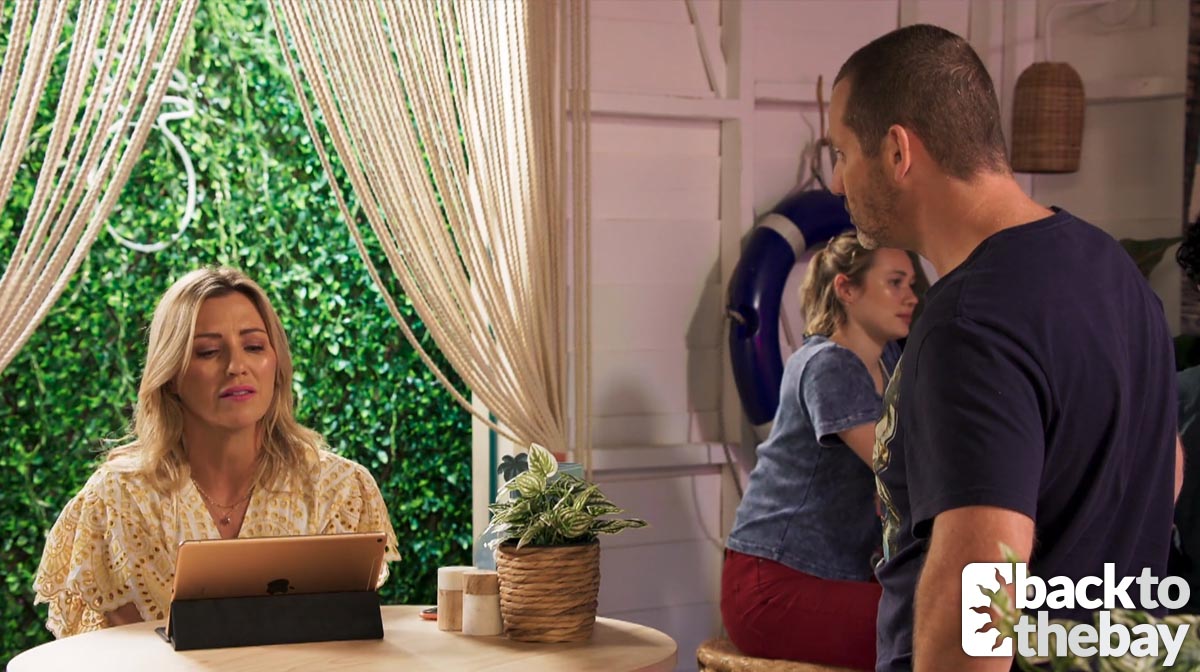 Meanwhile, struggling to keep up with everything, Amy calls in a favour. When close friend and housemate Toadie (Ryan Moloney) comes to visit, she begs him for his help. Realising she needs a hand, he agrees.

When Toadie questions why she’s so busy, she admits that it’s Roxy’s fault. She has far too many good ideas and Amy is working overtime to prove herself. Her job depends on it.

The next morning, a tired Amy drags a barbecue towards the Flamingo Bar. Meanwhile, Roxy arrives, bright eyed and bushy tailed, with a box of towels in tow. Roxy notes Amy’s obvious exhaustion, but she’s adamant that her overworking will only prove to better her event. 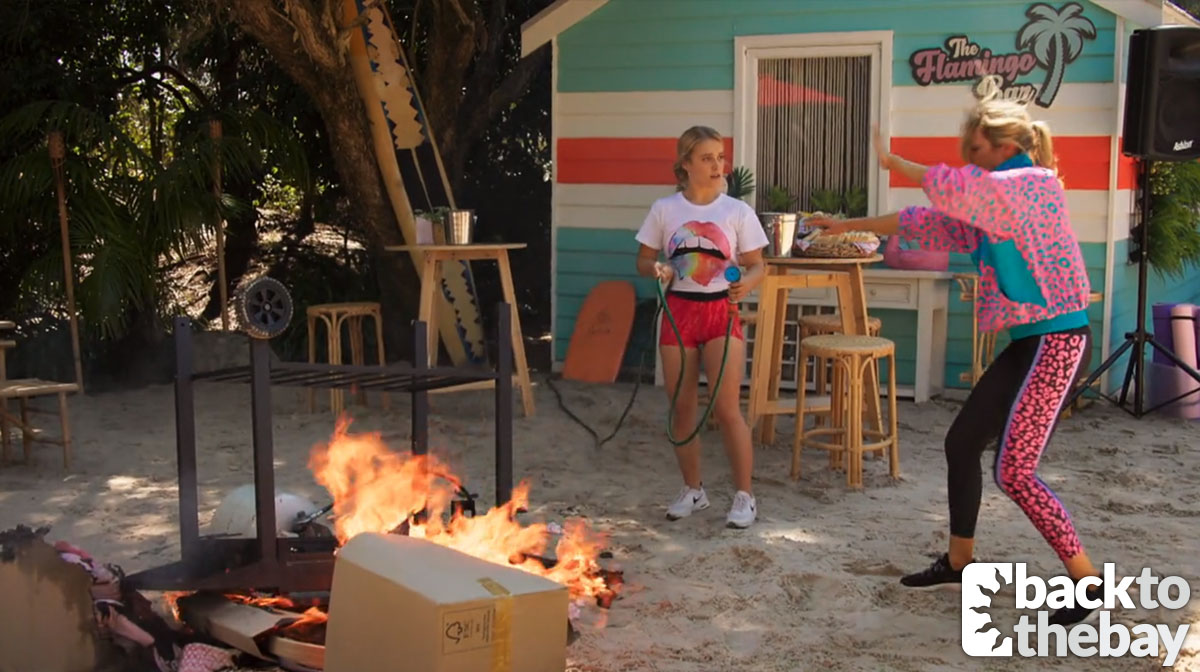 But when the tiredness gets the better of her, Amy accidentally knocks the barbecue over in the process of cleaning it and a fire breaks out. As she calls for Roxy’s help, the young blond runs away, leaving Amy looking on in horror.

No sooner does Roxy run away, than she arrives, with a hose in tow. Just in the nick of time though, Amy stops her – she can’t put water on an oil fire!

“We need sand,” she exclaims, handing a bucket to her offsider. 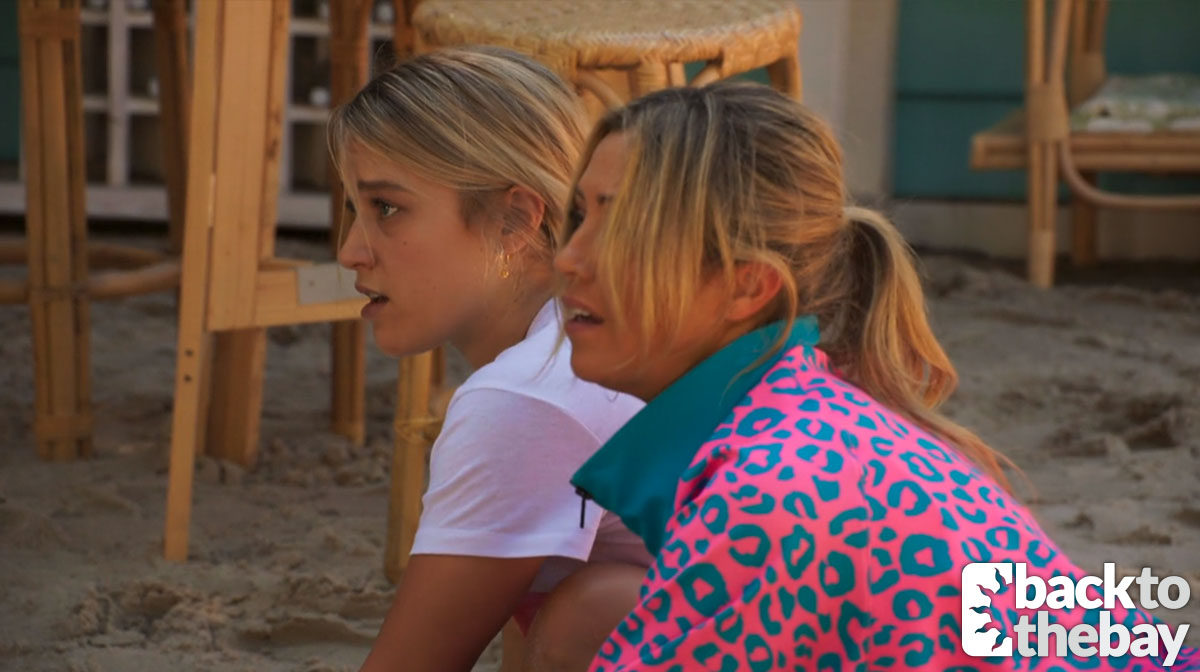 But it’s no use. As the fire burns the surroundings, including the box of towels, Terese and Ned arrive to the scene.

“What the hell’s going on here?” Terese exclaims, horrified by what she’s seeing.

Later, both women take responsibility for the fire, admitting they were both to blame, and it becomes a bonding moment for the former rivals. Thankfully, Terese agrees to let the issue slide in favour of ensuring the event running smoothly.

As the event begins, Amy’s nerves set in. In her head, so much is riding on everything going to plan that she’s working herself up into a tizz. 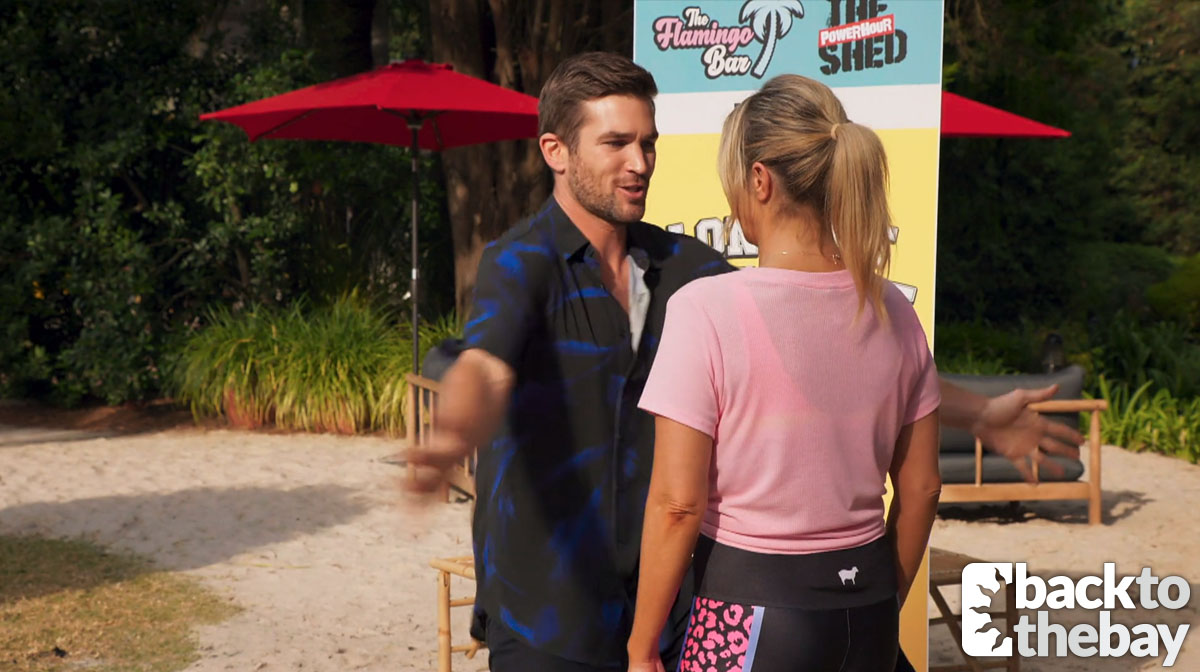 Realising she’s also fearful of forgetting the exercise routine, Ned gives her a few jokey alternatives to do should she need them. It’s the laughter she needs, and there’s a brief flirtatious moment between the pair.

Once the event is underway, there’s tension growing from all angles. 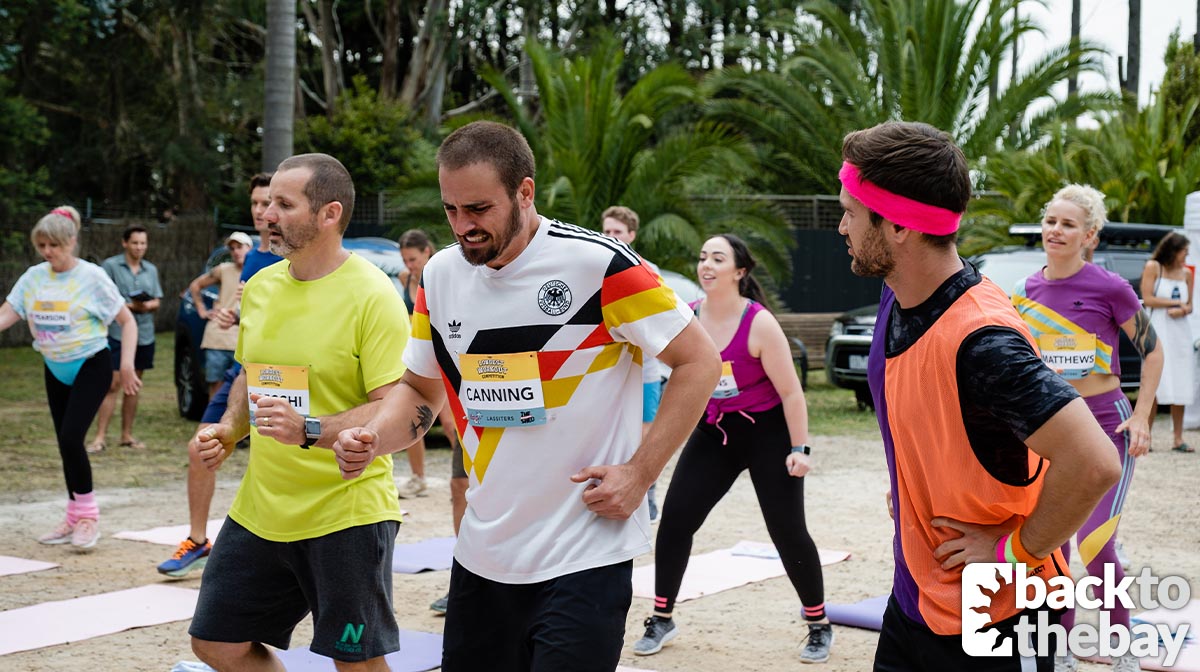 Karl (Alan Fletcher) and Kyle (Chris Milligan), who have been at loggerheads for a week now, continue their rivalry. This time, they are both determined to beat the other one in the fitness competition. Unfortunately for Toadie, he’s stuck in the middle, attempting to break the tension. 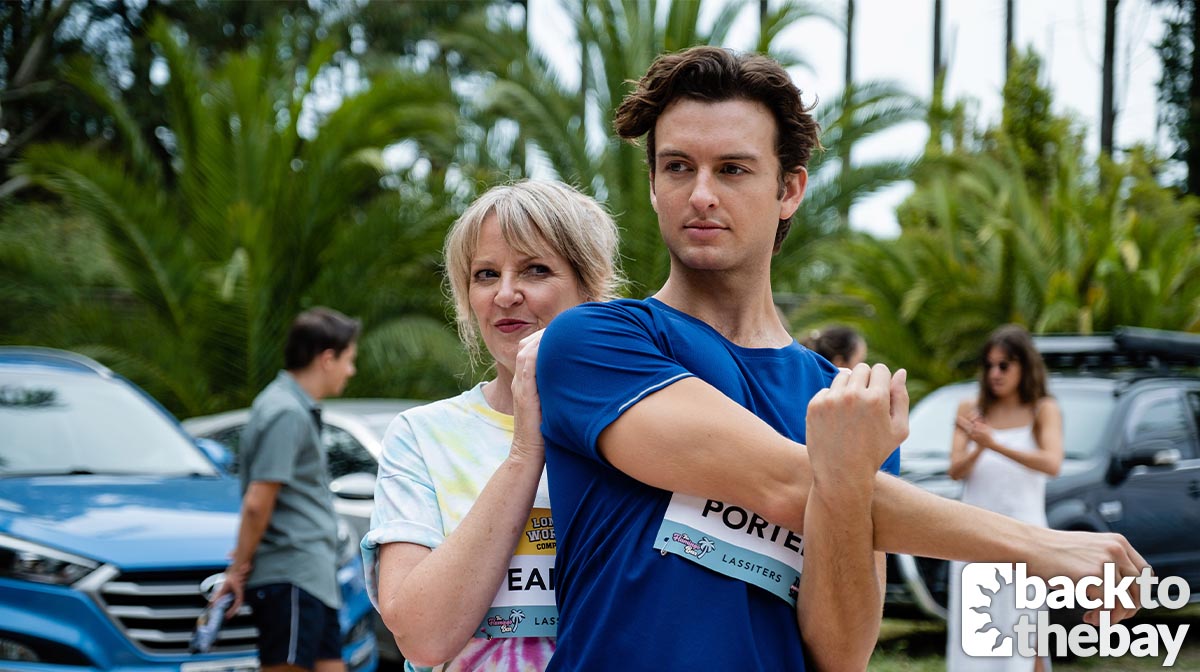 Elsewhere, Melanie (Lucinda Cowden) teams up with Jesse (Cameron Robbie) to hide herself from Toadie, worried he will grow sick of her if they spend any more time together.

However, when Karl, Toadie and Kyle begin to fight and Melanie and Jesse get their wires crossed, Melanie is caught out. Toadie is shocked to see his girlfriend hiding from him, and he and Melanie leave the competition and decide it is time to have a chat about their relationship…

Meanwhile, Paul and Terese decide to put a bet on with Harlow (Jemma Donovan) and Mackenzie (Georgie Stone) over who will win the event. It’s then that Paul gets an idea of how he can help Harlow get over Brent (Texas Watterston)… a decision which is set to have some surprising consequences next week.

At the completion of the event, one winner stands. 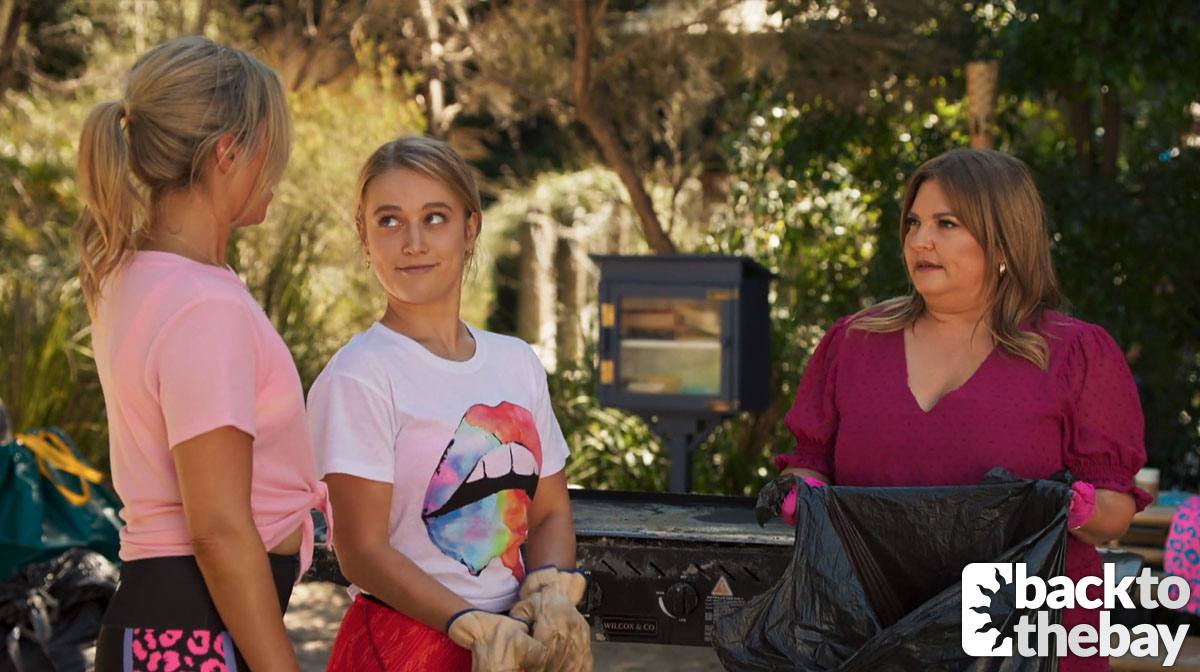 However, the real winner is Amy.

After conversing with Terese, she is told that she has passed her probation and is officially the new permanent manager of the Flamingo Bar.

Elated, she tells Roxy the good news. In a touching moment between the women who have fought so long against one another, they realise how similar they are. 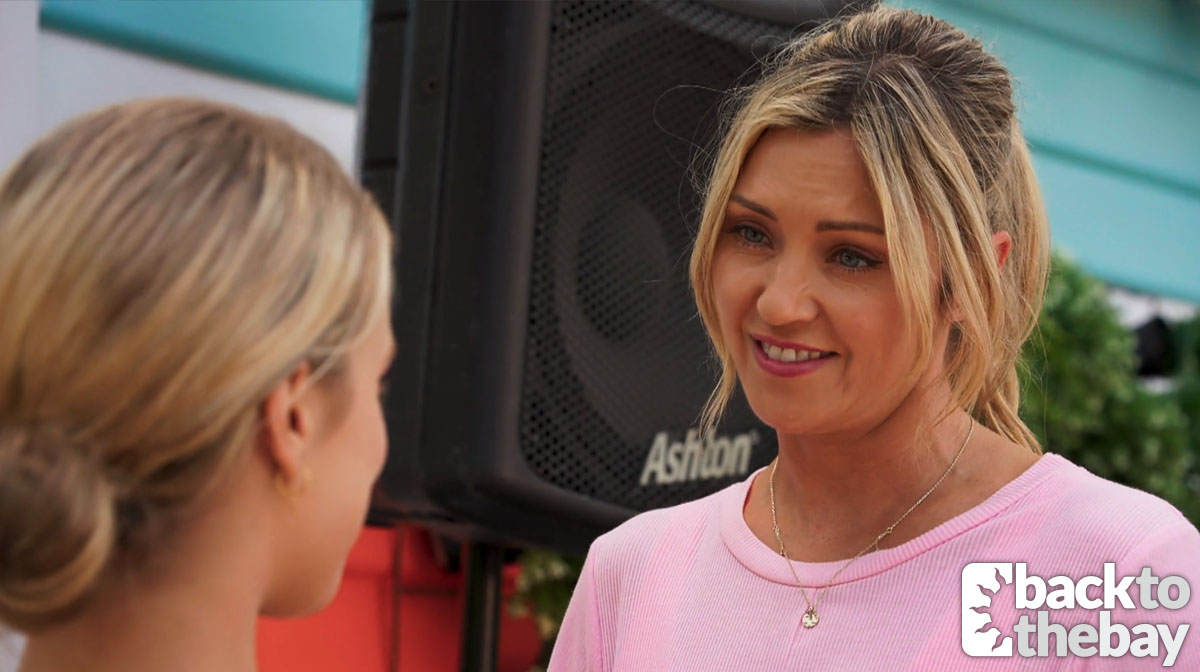 “Tell me you’re going to stay,” Amy says to Roxy. 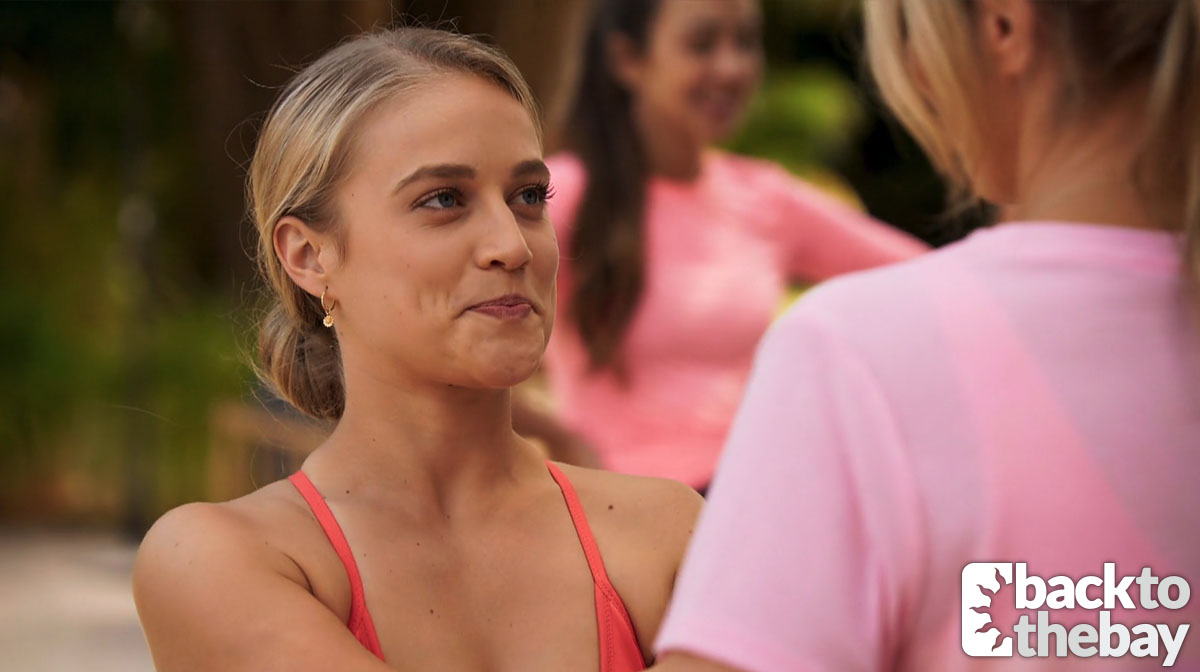 With a cheeky Roxy grin, she promises she will be there for her boss.

After all the festivities are over, Ned gives Amy a hand packing up, as he comments on just how great everything went. After everything that has happened in recent weeks with Yashvi (Olivia Junkeer) and the Hive, Ned comments that he needed some fun.

Seeing an opportunity, Amy pushes Ned against the side of the bar. 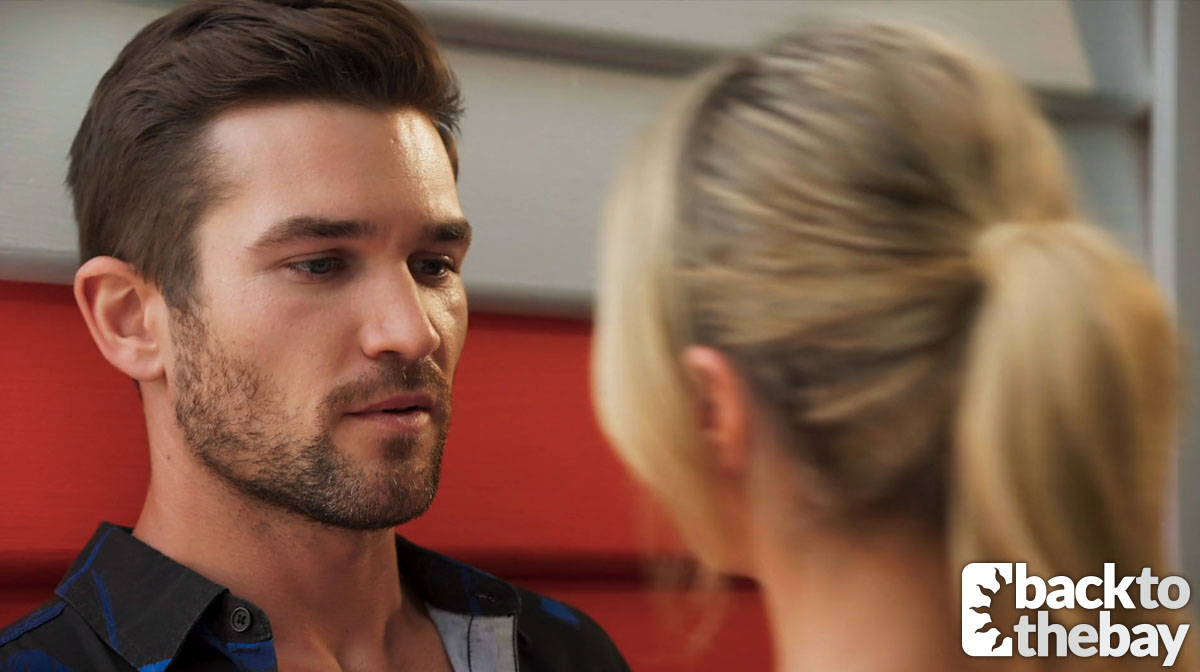 Ned is lost for words as Amy goes in for a kiss!

How will the newly single artist react to Amy’s advances?