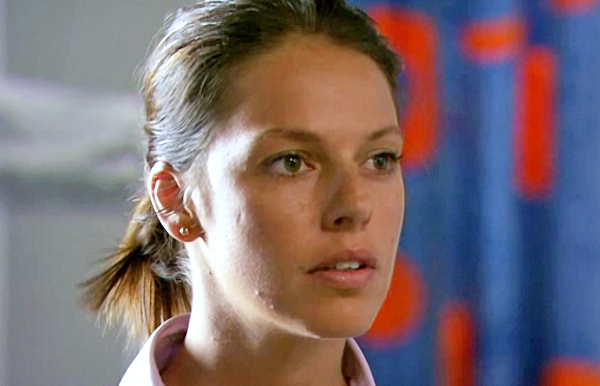 Veronica was one of the nurses at Northern District Hospital. She was instructed by Sid to take Hayley Doven, a young woman in labour, to a room and call a midwife and seemed reluctant to carry out the instruction. She was present when Julie told Rachel the nurses refused to work with Sid, as a result of his brief relationship with their friend Therese. When Hayley started haemorrhaging, Sid told Julie and Veronica to call an obstetrician and get him the equipment he needed. When they again hesitated, he snapped at them to grow up and do their jobs. Veronica helped with the attempt to save Hayley and, like the rest of the staff, was impressed when Sid went along with Hayley’s delusion that he was her husband in order to confort her as she died. Afterwards, Veronica, Gloria, Sid and Rachel went for a drink at Noah’s Bar where Veronica apologised to Sid for the nurses’ treatment of him.

That night, Veronica turned up at the Walker farm and convinced Sid to spend the night with her, telling him they were just two people helping each other get over a bad day and there’d be no consequences. The following morning, she had an awkward meeting with Indigo and Dexter but told Sid it’d be easier next time. When they met up again at work, Veronica invited Sid out for a drink, indicating she still wanted to keep seeing him on a casual basis and suggesting they could keep it secret. Sid maintained their night should stay as a one-off, which Veronica claimed to be fine with. Despite this, she approached him at the Diner the next day, saying she was happy to just be friends but giving him her phone number in case he wanted to “hang out”, prompting Sid to reiterate nothing else was going to happen.

Sid told Veronica he had a date, prompting her to tell him she was also going out to dinner so might see him. When Sid and Marilyn were having dinner together at the Diner, Veronica approached their table and asked Sid if she’d left her earrings at his place. However, Sid had already told Marilyn about their night together so she was unfazed by the comment, merely remarking that Veronica must be Sid’s “little friend”. Veronica sloped away defeated.