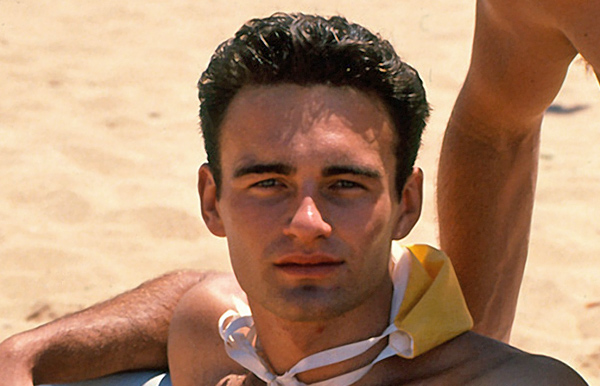 Ben arrived in town with his friend Dave whilst on leave from the army and ran into Carly in The Diner. Sparks flew instantly, despite Ben’s mate fancying her too and Carly suggested they stay at the caravan park. They rented a van and talked to Tom about the ‘hot chick’ at the diner, not realising she was Tom’s foster daughter. He asked Carly to go out with him and Dave for a night out but Dave got blind drunk and ruined the evening so Ben asked her out again, this time just the two of them and she accepted.

Their date at a posh restaurant went really well and they returned home and began kissing on the couch but were interrupted by a drunken Dave. When Tom arrived home a drunken Dave warned Tom to keep Carly away from Ben and tom kicked them both out, warning Carly to stay away from them both. Ben laid into Dave for his actions and raved about how much he liked Carly but when he went to the diner to try and make up with her she told him she’d only go out with him if he sent his mate packing. Ben refused to send Dave away and Carly refused to go out with him leading to Ben calling her the most selfish person he had ever met.

Carly accepted a date with Grant but after he and Ben bonded, he stepped aside and agreed to help Ben win her back. He and Grant staged a fight whereby Grant beat up Ben allowing Carly to feel sorry for him and nurse him better despite realising it was a set up. Telling Carly he had never felt like this for anyone before, Ben asked Carly to marry him and she agreed. Tom was shocked at the speed of their relationship and warned Ben to take care as Carly had been hurt in the past but Ben insisted he loved her and the lovebirds quickly won everyone round. Ben returned to Perth to tell his family about his engagement but not before giving Carly a ring and promising to be back.

With Carly wanting a big house they both agreed to take on extra jobs to earn the money but Carly was suckered into working for a conman and ended up owing Adam $500. Adam eventually went to Ben to ask for his money back, leaving Carly convinced that she’d blown things but Ben chose to forgive her. In the run up to their wedding, he helped Sally’s friend to come to the wedding and was first on the scene when tragedy struck and tom was killed. He was forced to break the bad news to Carly and Pippa and moved into the house, appointing himself head of the family.

They decided to go ahead with the wedding only to decide a few days later to postpone it. He and Carly argued over her snobbishness when she spent money they didn’t have on extravagant curtains and turned her nose up at the bed he bought for them. They went on a date with Carly’s rich friend and her boyfriend and after watching them bicker about money and materialistic things Carly and Ben agreed that their relationship was more important than money.

Their vow didn’t last long as Carly continued to spend, leading to more rows but they patched things up by going for a romantic date skinny dipping. It ended in disaster when their car and clothes were stolen and they were arrested by the police. They had another row when Carly thought Ben was flirting with new police woman Jane but they reconciled after Jane hooked up with Grant instead. After a stripper turned up at her hen party and pictures were taken of her dancing with him, Carly thought Ben was going to end things but he forgave her. She stressed herself out in the run up to his family arriving but when they arrived early to find her shouting at Steven they welcomed her with open arms, causing her to relax a little.

Typically with a Home and Away wedding, everything went wrong for Ben and Carly. The best man got into a fight with Steven and wound up with a black eye, then Ben got food poisoning and was warned by The Doctor not to mix alcohol with the pills he was given. Ben ignored the warning and ended up semi conscious and dumped in a forest wearing only his underwear. He managed to hitchhike back but Carly had already turned up at the church and on finding him not there had left again. Ben convinced her to return and after she kept him waiting to make him sweat they eventually married.

Carly inherited an expensive broach from her grandmother and they tried to use it as a guarantee to buy the boat shed but they were turned down for a loan. Her broach went missing and Carly received a cheque from the insurance company for it but it later turned up and Carly faced a dilemma over whether to say anything. She eventually did the right thing but was gutted over the loss of the boatshed. Pippa came to her rescue by offering to invest as a partner. He became embroiled in the mess Steven created when he began seeing an older woman Jennifer and was lying to her about his age. Ben’s attempts to talk to him backfired with Steven pushing him away.

He was devastated when the boatshed owner took a higher offer despite having a verbal agreement with Ben and Carly. He was rude to the new boatshed owner Michael Ross, despite it not being his fault and refused a job Michael offered him. Carly talked to Michael and after Ben sat down and talked to him they grew to like each other and Ben took the job despite being angry with Carly for interfering.

Their next argument was about kids when Ben announced that he wanted them but Carly didn’t they rowed about it and both set up surprise meals as an apology but both ended up being at the meal the other had prepared. They later talked and Carly admitted that she didn’t think she could handle the responsibility of kids right now so Ben agreed to wait.

Unknown to Carly, Ben had been keeping a secret from her and it was revealed in dramatic fashion when military police arrived to arrest him on Pippa and Micheal’s wedding day. It turned out that he had been awol from the army, rather than discharged, as he had told Carly and he was relocated back to Perth. Carly got over her initial fury and moved back with him.